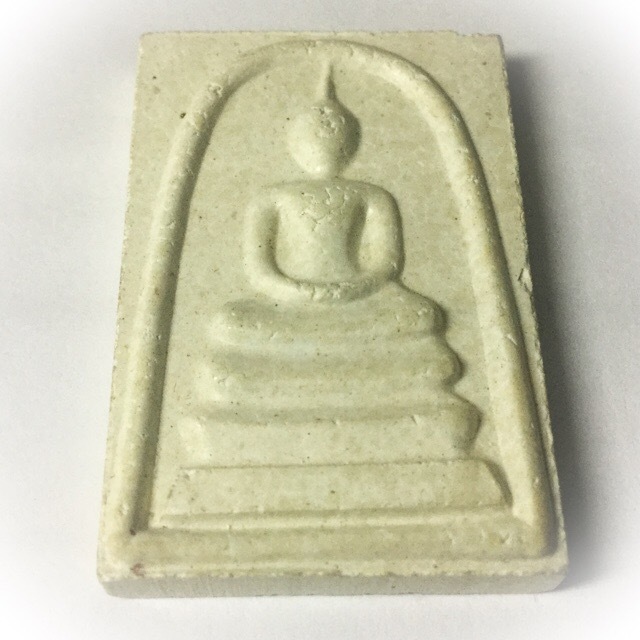 Rare Sacred Powder Pra Somdej Amulet bearing the image of Luang Por Huad on the rear face, from 2536 BE. This Pra Somdej is in Pristine Condition and has an Immensely Charming Aura, its design being both subtle, and highly defined in its prominent details.

The Pfront face of the Pra Somdej is the Classic Pim Pra Pratan Buddha in Meditative Posture, seated on a 3 tiered dais, within a tapered arch (Sum). The design is excellently created by the artisan of the block press, and has resulted in an extremely pristine amulet of highly attractive appearance, with majestic features. 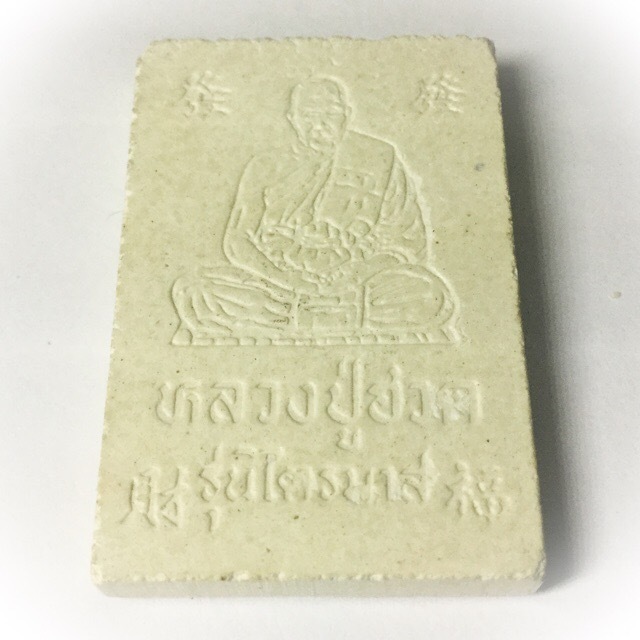 The rear face features the image of Luang Phu Huad, and the words 'Traimas' which is the name of the edition, and refers to 'Trimester' which is the traditional period of empowerment given to Thai Buddhist Amulets. Some Chinese Script is also Embossed on the corners of the rear face. 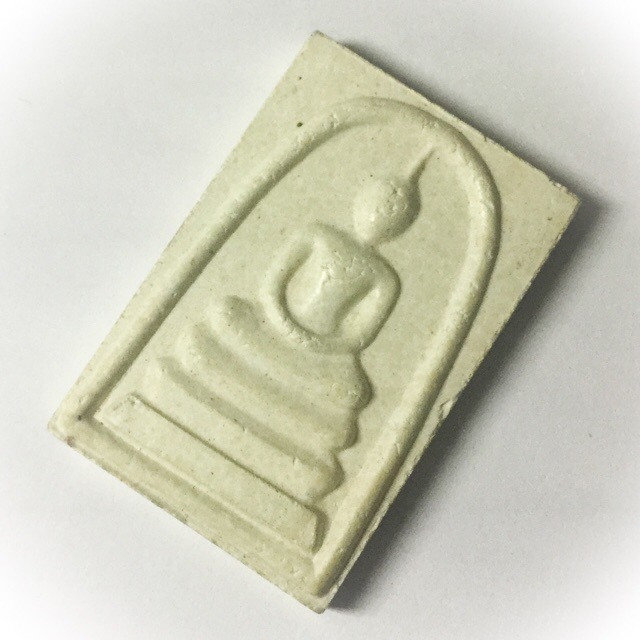 He practised Mastery of Vipassana Kammathana techniques at Wat Khao Dee Salak, amd during his residence there, he was responsible for successfully improving and developing the temple and raising it to a status of regional importance.

Because of this, he attained a very large following of Devotees. Luang Phu Huad was then appointed as the Abbot of Wat Don Po Tong, where he subsequently also continued to perform restorations and develop the temple right up to the time of his passing away on the 15th August in 2539 at the age of 86. 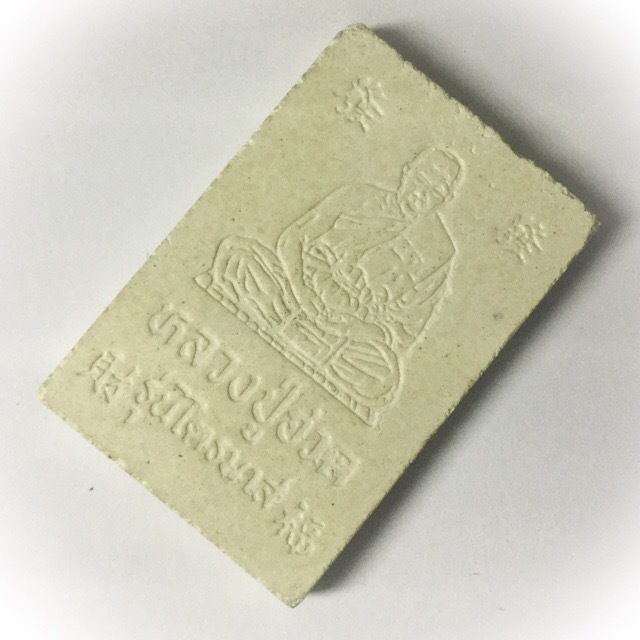 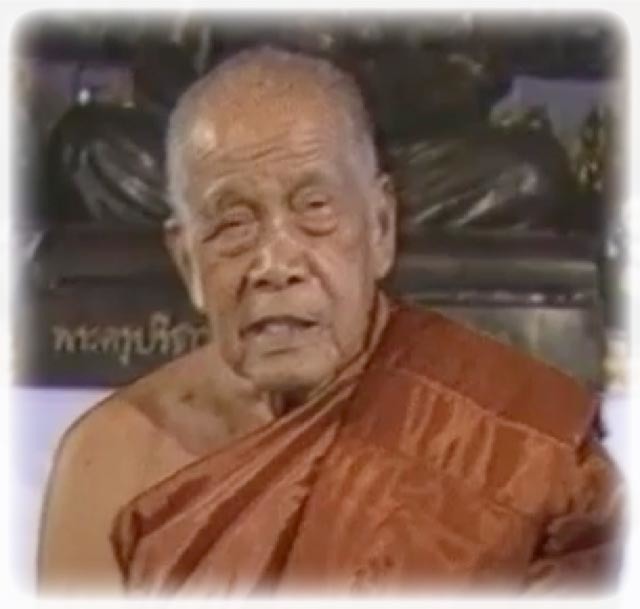 He made quite a large number of different amulets during his life, some of which are very expensive and rare to find, such as his 'Rian Por Sor 10', the Pra Chai Esso, and the Pra Tong Kam amongst many others, but his most highly sought after and rarest of all amulet, is his Pra Kring Medicine Buddha cast metal statuette, because only 84 of them were made in total. 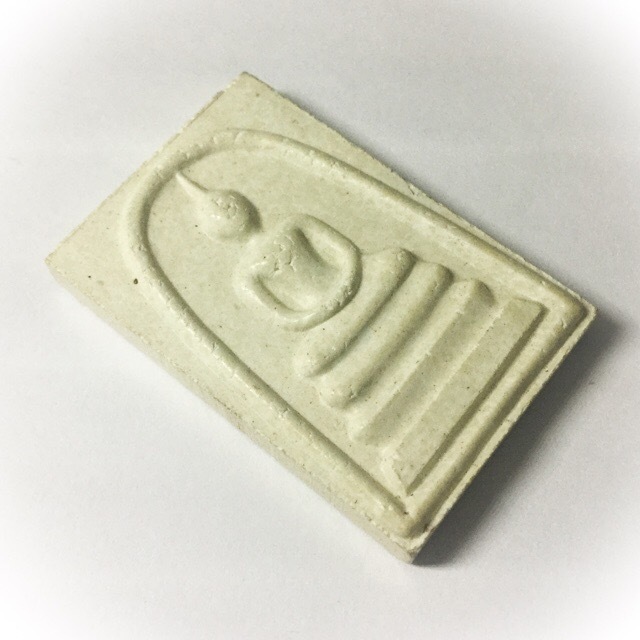 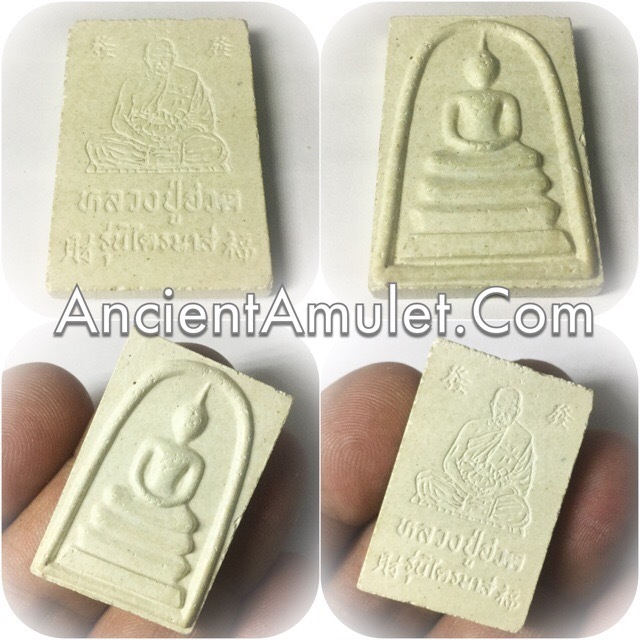