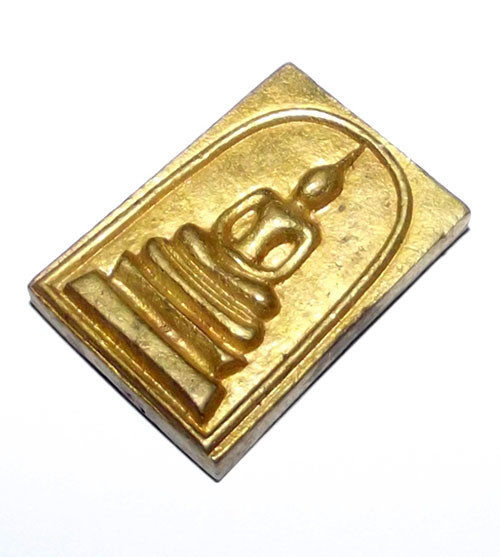 Pim Lek (small) version of the Pra Somdej Pan Lan by Luang Por Pae, of Wat Pikul Tong, in (Singhburi). Released in 2536 BE as a 92nd birthday edition remembrance amulet. Made from Nuea Tong Rakang (Sacred Temple Bell brass with Yantra Foils smelted with Brazen artifacts). Released in 2536 BE to celebrate Luang Por Pae's 92 year of life. Made from sacred brazen artifacts smelted together into one sacred metallic alloy of alchemical nature. This particular Amulet was was released in an edition given the name of 'Somdej Pan Lan' meaning roughly 'Buddha of 1000 Millions'. Luang Por Pae passed away on the 10th Februaryin 2542 BE, 6 years afterthe release of this edition. He was born in 2548 BE on the 10th January 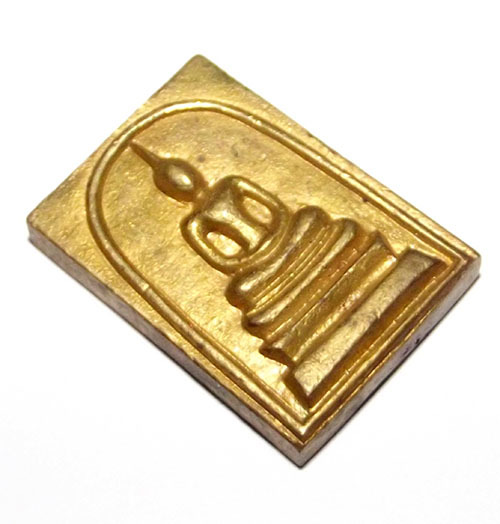 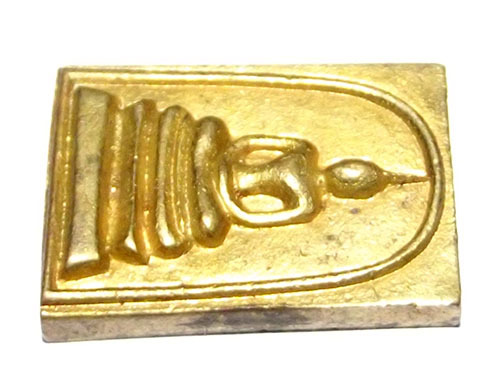 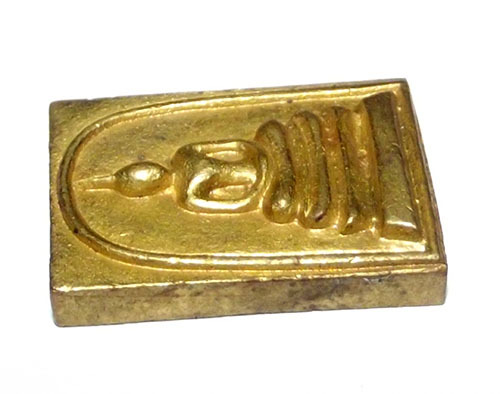 This great master is internationally famous with amulet collectors and people of the Buddhist faith around the world. He is probably the most famous maker of this type of amulets to have graced the last half-century.

The rear face of the smaller model is different to that of the larger Pim Yai model. The small model has the Khom (Khmer) Sanskrit letters 'Pu-Ang', and the words 'Wat Pikul Tong Singhburi' 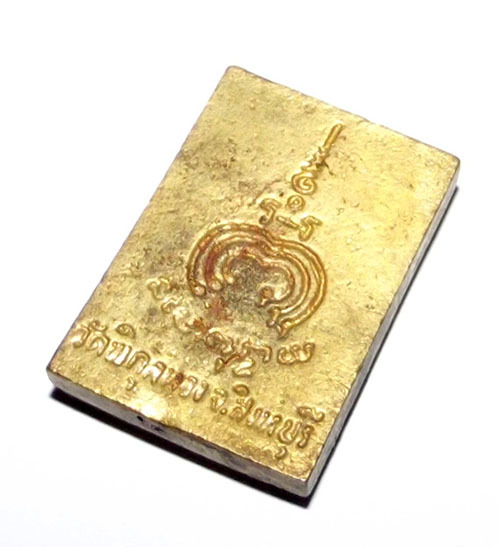 The larger 'Pim Yai' model, has also the Pu-Ang Letters (3 times Pu in concentric circles around each other, and one 'Ang'), but then has the words 'Pae Pan Lan' and the number 92, along with a sideview cameo image of Luang Por Pae. The letters Pu and Ang have a Sacred Unalome spiral above them representing the path of the Arahants.

Secret Wisdom; Please notice that The Civara robe of LP Pae Pan Lan Pim Yai, has a secret code stamp indented in it, for authenticity recognition. 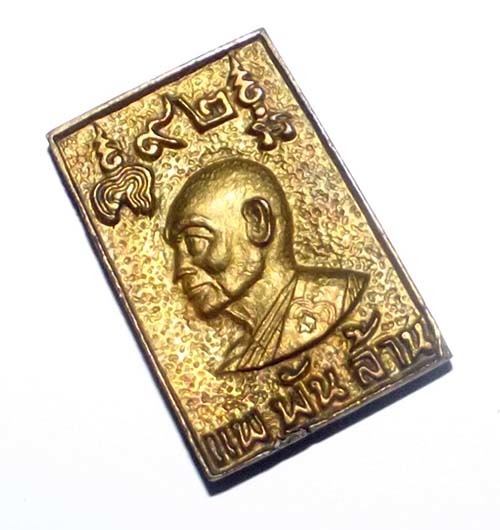 His amulets, have been till now, much more affordable than other amulets from Masters of the same calibre, but have a lately become ever rarer since various nations of Southeast Asia have begun to fervently collect his amulets. 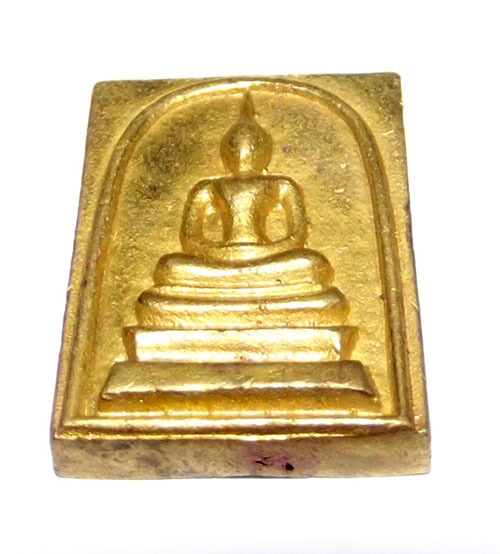 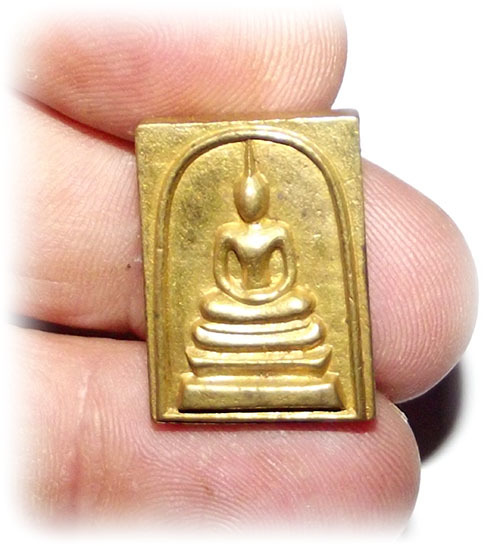 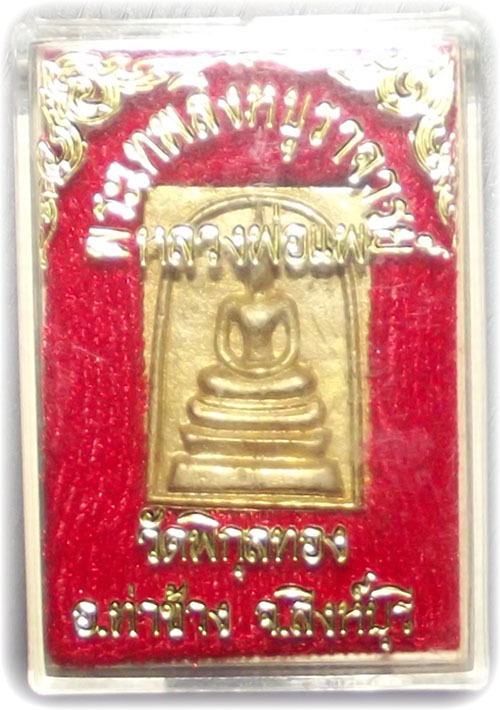 You can see a video of the larger Pim Yai model below, which will give you an idea of the true appearance of the brazen metals in comparison to photos. 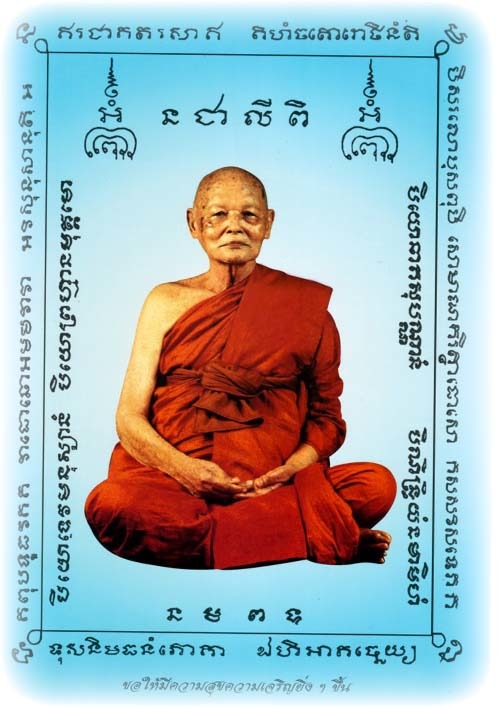