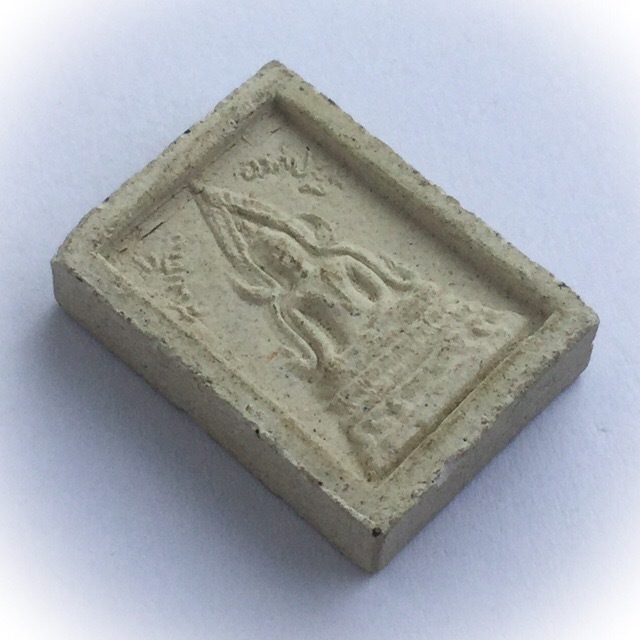 This amulet became very famous and popular during its Heyday for the many reports from Devotees and Wearers of the Amulet, confirming the amulet to possess powerful Choke Lap above all other powers, Increasing the Lucky Fortune of the Devotee. It is said that one can easily beseech almost anything (auspicious) from the amulet, and that it has an extremely high success rate compared to many other amulets. 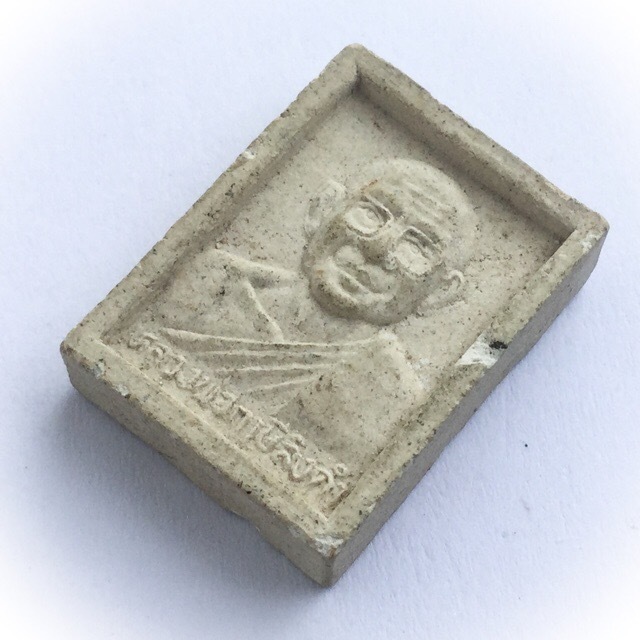 The miraculous power is said to occur through the power of Luang Por Ruesi Ling Dam's Stream Entry and Eventual Enlightenment as an Arya Sangha of Truly Monumental Fame and Status. His great Diligence and Purity of Practice was as famous as his Supernatural Abilities, which is revealed by the fact that Luang Por Ruesi Ling Dam is just as highly respected and revered as his original mentor Luang Por Parn of Wat bang Nom Kho. 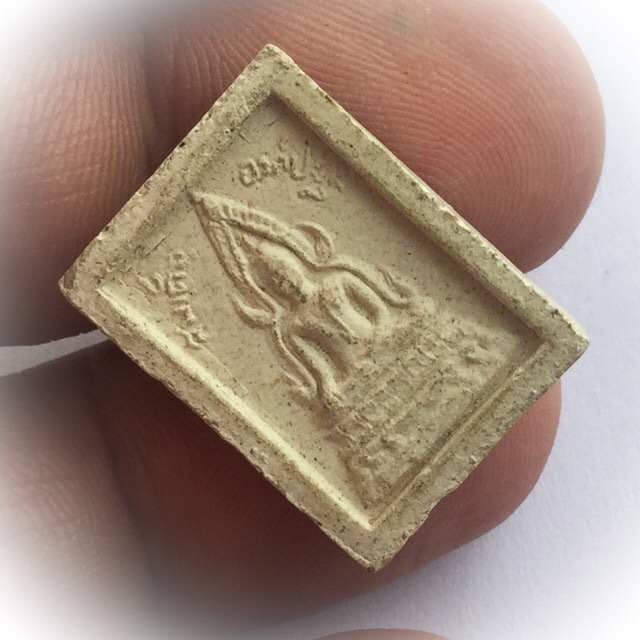 Only few students get to attain the same status as their Mentors, and this goes to show how Luang Por Ruesi Ling Dam and is amulets, stands tall amongst the Great Gurus of all Ages, and does not fall in the shadow of any of them. Considered one of the top Masters of all History, along with Luang Por Parn, Luang Por Kasem, Luang Por Suk and the other Great masters of Old.

For this amulet, Luang Por Ruesi Ling Dam laid out some information; Firstly, before we undertake any of our duties or tasks each day, we must think of the Buddha and his Acheivement, and to have deep respect in one's heart for the Buddha. If one does this in the moment before Praying to the amulet, and focus to pray mantaining this Respect and Wonder at the Buddha's Self Enlightenment as you pray, then the amulet will emit Massive Lap Sakkara Power, to increase your Lucky Fortunes, and the Aura of Grandeur. 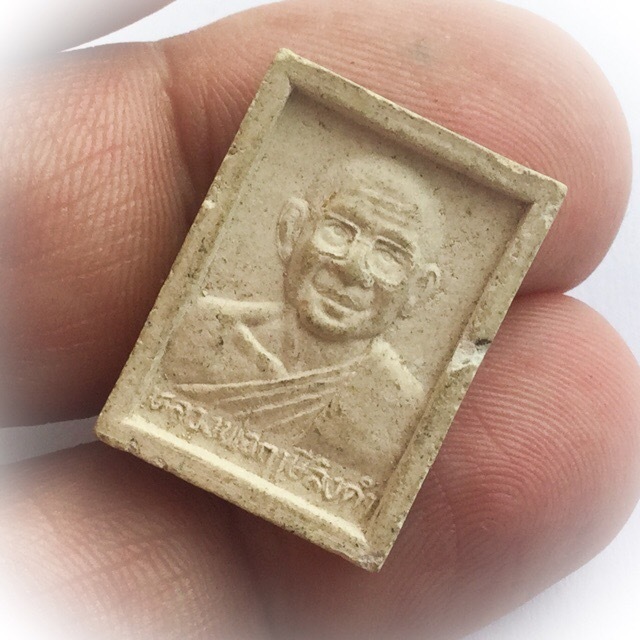 Then one should place the amulet between the palms of the hand, and raise between the eyebrows to the forehead, and Chant the Maha Namasakara 3 Times, after which, one shold say "Today, i ask for ..... (whatever it is you wish for)... Blessings".
If we are able to focus on and believe strongly in the Buddha's Enlightenment and Call Upon His Merits to assist, then this is considered to be Buddhanisssati Kammathana - a Kind of Meditative state likened to, or equal to that known as 'Jhana' (absorption). This is the state of mind that is necessary to activate and call up Miracle Powers, and is tantamount to Pure Faith, which is also a kind of Focused One Pointed Concentration, Absorption, or 'Jhana'. 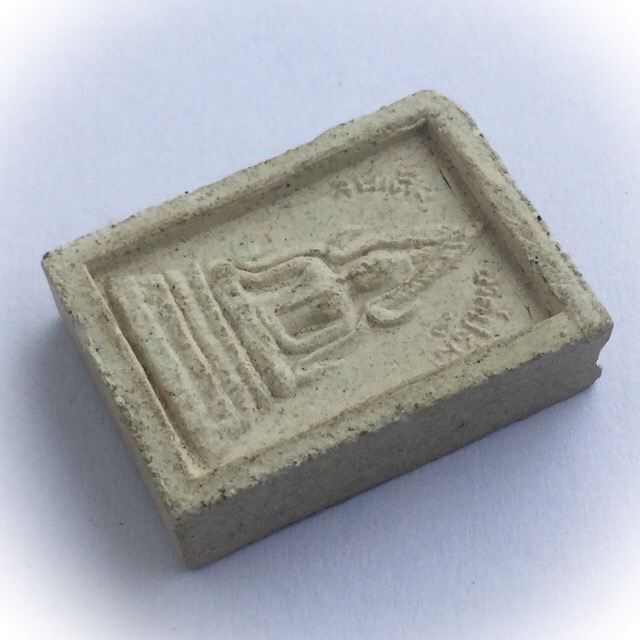 One should also of course think of Luang Por Ruesi Ling Dam when Praying. It is this element of the Practice of Faith reverence in Guru Worship that gives Classic Amulets from great masters the edge over many standard issue amulets, for it is the Faith that the Master instills in the heart of the devotee (the wearer of the amulet), that increases the Power of Absorption.
It is much easier to feel Faith and Confidence from an Amulet that was made by a Guru Master that we all know of and is Legendary, and whom we believe in his teachings. If we do this every day before undertaking our chores and duties, we will have Great Success and Achievements coming our way.
The amulet is said to possess all other Powers such as Klaew Klaad, Kong Grapan, Metta Mahaniyom and Maha Sanaeh, but is stated by Luang Por to have heavy leanings towards increasing Lucky and Wealthy Fortunes (Lap). 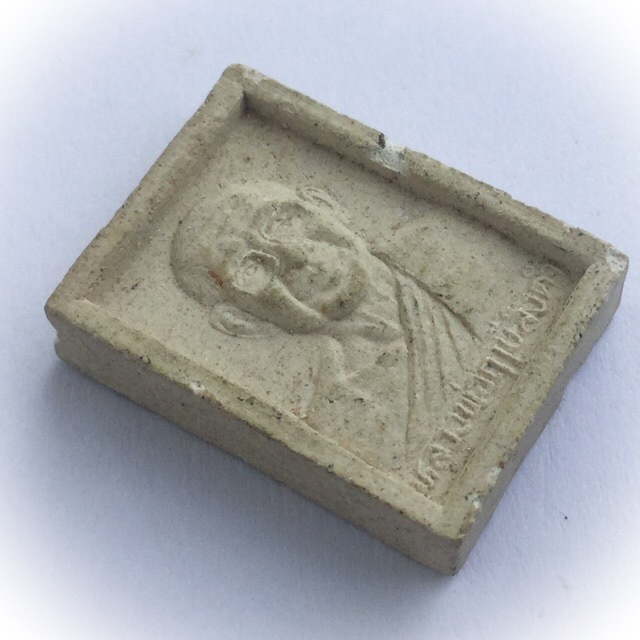 A truly sacred and Historical Amulet, once a popular alternative for those with lower Budgets who seek the amulets of Luang Por Parn, but now also a rarity and the treasured prized Possession of the Devotee of Luang Por Ruesi Ling Dam.

When you think of the Buddha with Rapture in your Heart, as a Buddhist, then you should always remember the amulet hanging around your neck, and remember that it represents the Buddha himself. Like the Pra Kam Khaw amulet from Luang Por Ruesi Ling Dam, it is also important to remember that it is the image of Luang Por Pra Putta Chinarat Buddha (Pitsanuloke), one of the Five Most Sacred Buddhas in Thailand.
The Chinarat Buddha, Luang Por Ruesi Ling Dam said, is important to know and feel when Praying, that it represents the Kassapa Buddha. It is an Image to look at instead of that Buddha, whose body is no longer here, but represents the Buddha Himself, and the heart should connect with that, as its connection to the Stream of Energy that flows from Nibbana and the Buddhas, down to us Devotees on Earth. The Buddhanussati remembrance and consequent Rapture that arises, is a direct cause of the energy flow that comes through the amulet from the Spiritual Realms of the Heart, coming from the Buddhas, to us. 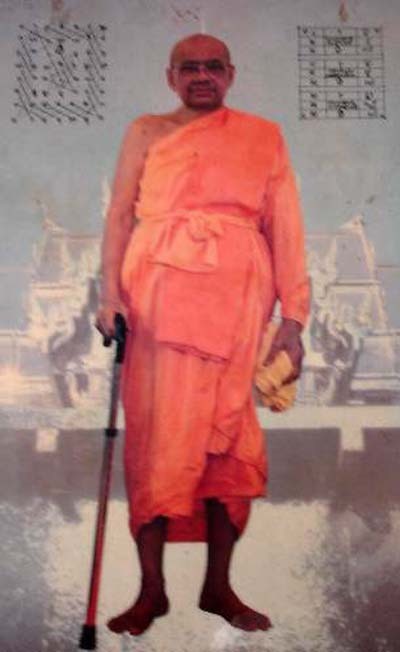 The making of Muan Sarn Powders for this edition were made by Luang Por Ruesi Ling Dam taking the most delicious mouthfuls of rice back out from his Mouth (renouncing the best bits) and drying it for a period of three months whilst empowering with Incantations and Prayers, then to be finally ground into powder. Then the powders were mixed and blessed in the Shrine in 2535 BE, with Buddha Abhiseka Ceremony.

The legend states that Luang Por would always remove any food in his mouth which caused him to feel emotion, desire or excitement, and lay it out to dry and empower with prayers and use as one of the many ingredients used in the Muan Sarn Sacred Powder Mixture. he performed the final empowerments before he passed away in 2535 BE, in the 'Wiharn Roi Met' 100 Meter Vihara Shrine at Wat Ta Sung. Now a very rare amulet to find, and highly sought after for its precious and powerful Muan Sarn and the Blessings of Luang Por Ruesi Ling Dam. The amulets of Luang Por Ruesi Ling Dam are now expected to gradually become as rare and highly prized as those of his Mentor Luang Por Parn of Wat Bang Nom Kho. 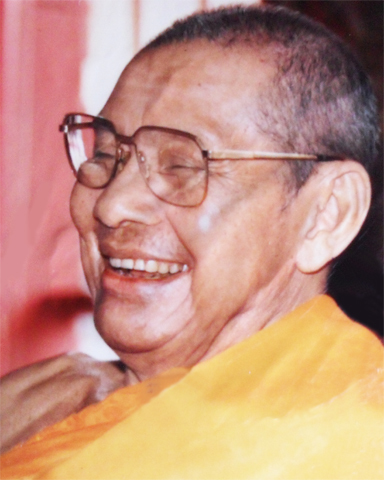 Whoever carries the Somdej Ongk Pathom amulet is accompanied by the blessings and protection of the Kassapa Buddha, and Luang Por Ruesi Ling Dam with them, protecting and increasing their good fortune. 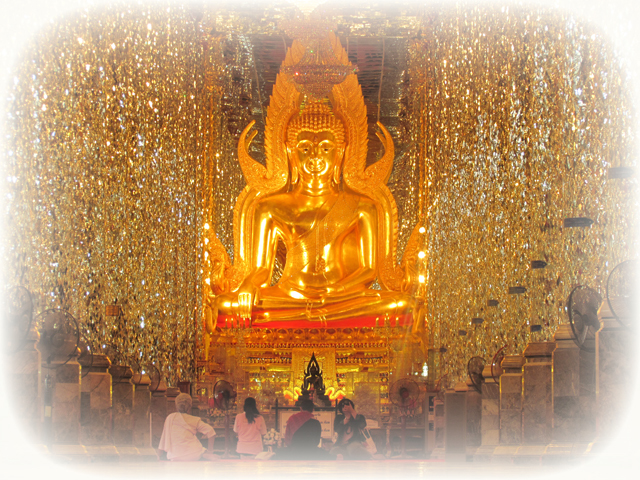 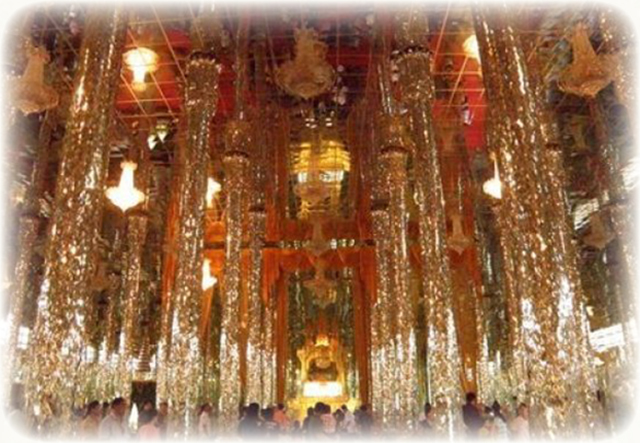