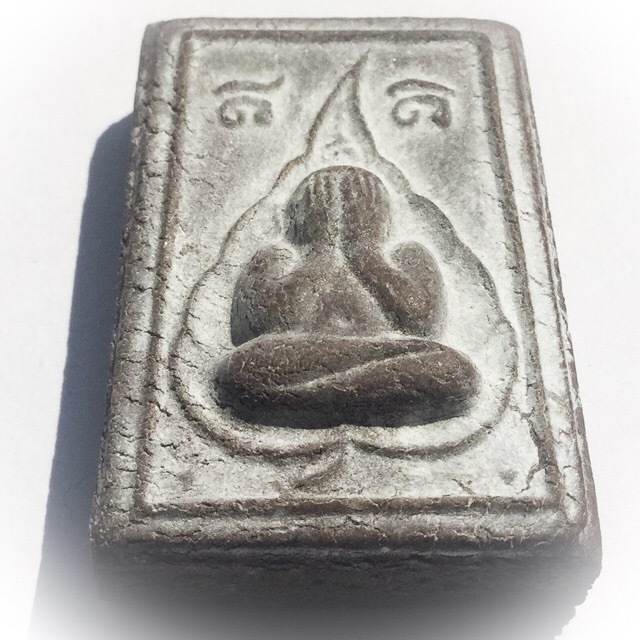 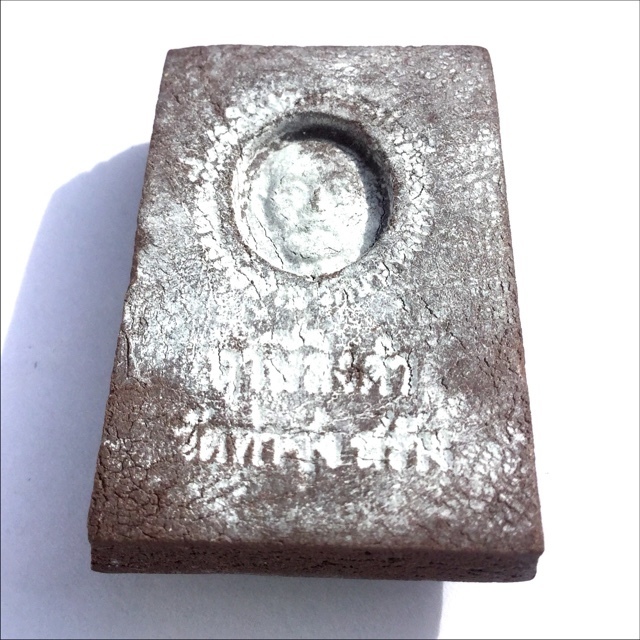 The edition assisted to fund the casting of the Sacred Metal Statue of Luang Por Prohm , which was performed on the days between 6 - 10 August 2518 BEin Ritual 'Te Tong' gold pouring ceremony (all Buddha and Guru Statues have an element of Solid Gold smelted into their Sacred Metallic Chanuan Muan Sarn). The Pra Pid Ta Maha Lap Ud Kring were released in various types of Muan Sarn; White Puttakun, Black Bailan/Wan, and Red Hang Hmak Powders. 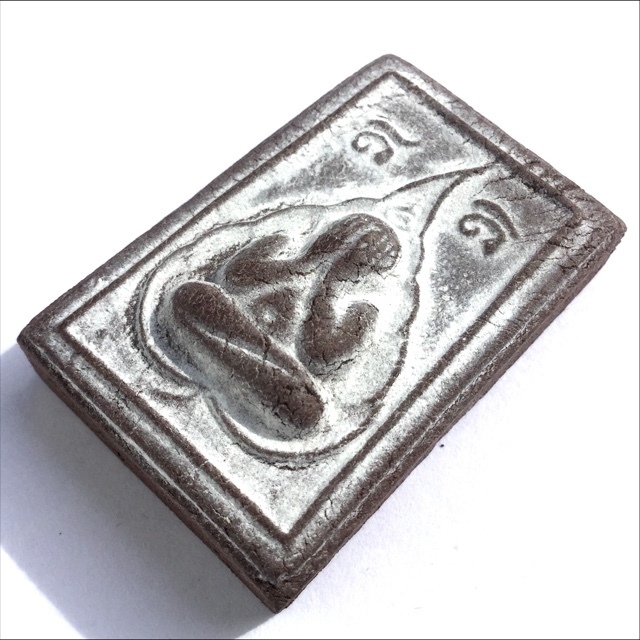 The Pra Pid Ta Maha Lap freatures an image of a Buddha Entering Nirodha covering his eyes (to retreat from the outer sense organs), and has a small Cameo 'Kreung Ongk' half torso image of Luang Por Ruesi Ling Dam on the rear face. The Pra Pid Ta Maha Lap was made in four different series, this being the third series after the 'Hmeun' ten thousand, and 'Sorng Hmeun' twenty thousand editions. a fourth series was also made called the 'Hlang Hnang Ser' edition, which had the words 'Khong Luang Por Parn' on the rear face. 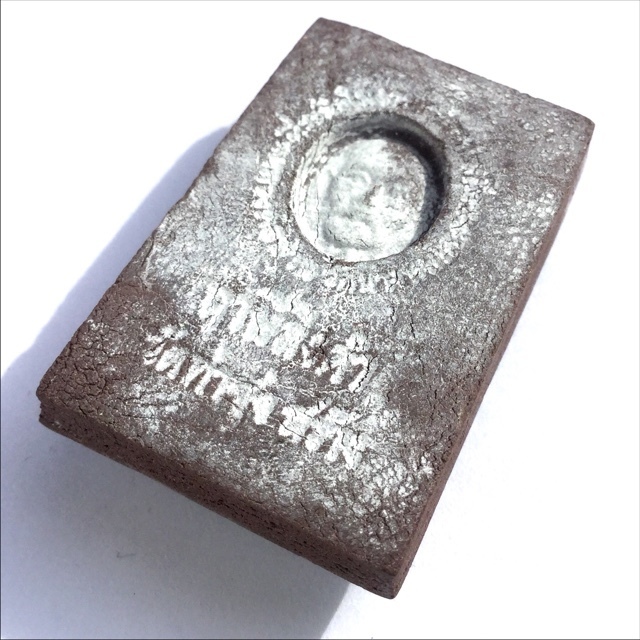 The image of the Nirodha Buddha is seated within the contours of a Bhodi Leaf, with the Khom Agkhara Kata 'I Dti' embossed on the top part of the amulet. The sacred powders have a fine layer of Pong Puttakun Sacred Powder Mildew which has risen up to the surface, which is said to be a product of the Sacred Blessing and Incantations within the amulet. 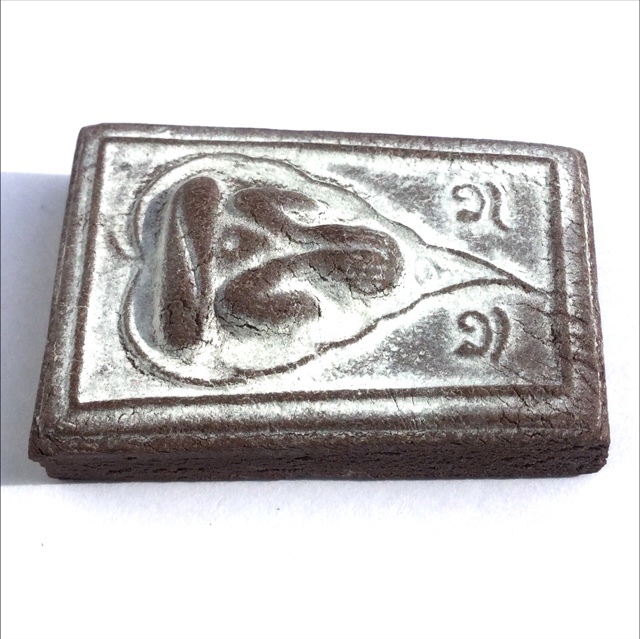 The amulets are known for their highly charged Puttakun Power, with all powers of Metta, Klaew Klaad, Kong Grapan, Maha Sanaeh, but are mostly famous because of their strong Healing Power, and that of the Power of Lap Sakkara (Honorable Status, Promotion and Wealth). The Pong Puttakun (Sacred Powder) is visibly risen to the Surface of the Amulet, and recognizably Authentic. 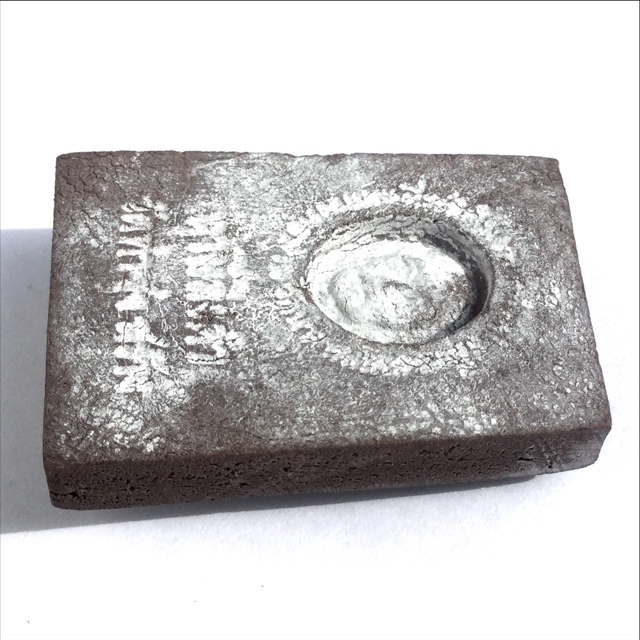 These amulets are also famously powerful for making Holy Prayer Water (Nam Montr) through immersion (even encased, which is advisable for immersion if you wish to preserve the beauty and pristine condition of the amulet). For this amulet, Luang Por Ruesi Ling Dam laid out some information; Firstly, before we undertake any of our duties or tasks each day, we must think of the Buddha and his Acheivement, and to have deep respect in one's heart for the Buddha. 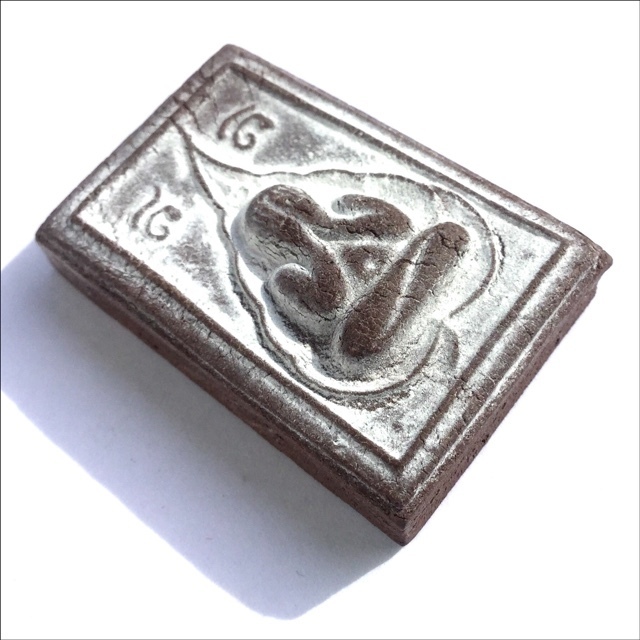 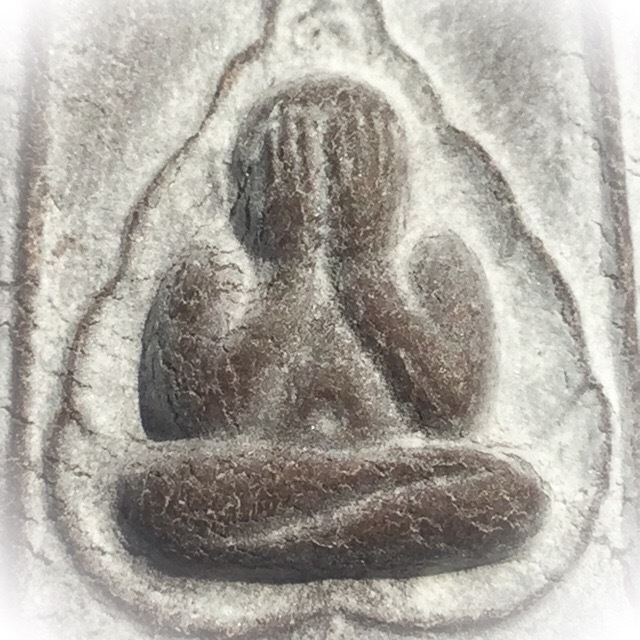 If we do this every day before undertaking our chores and duties, we will have Great Success and Achievements coming our way. A truly sacred and Historical Amulet, once a pupular alternative for those with lower Budgets who seek the amulets of Luang Por Parn, but now also a rarity and the treasured prized Possession of the Devotee of Luang Por Ruesi Ling Dam. 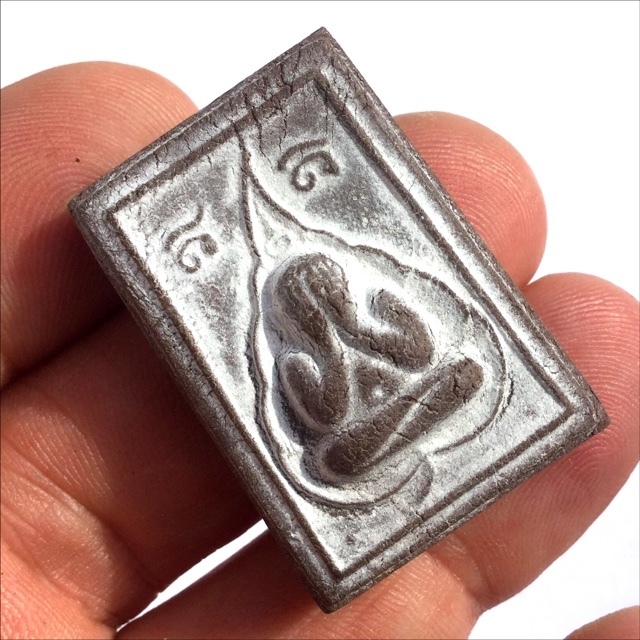 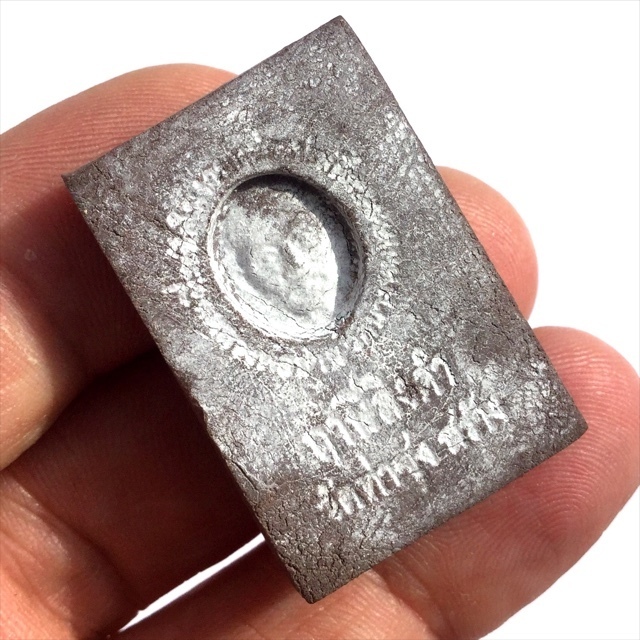 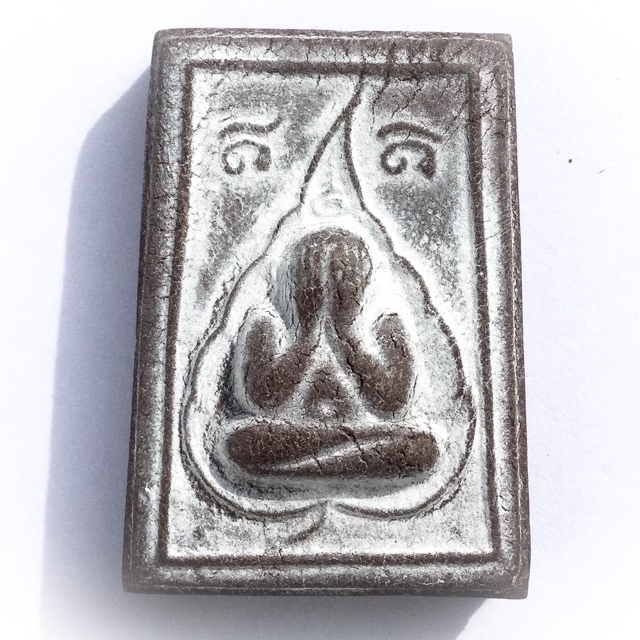 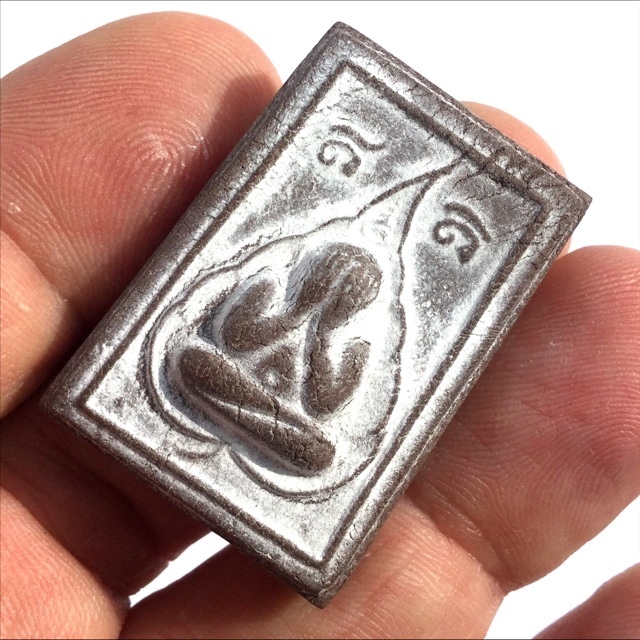 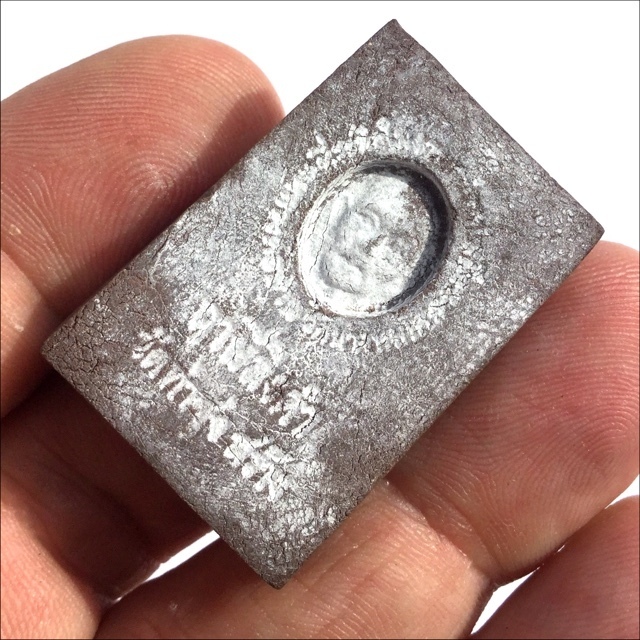 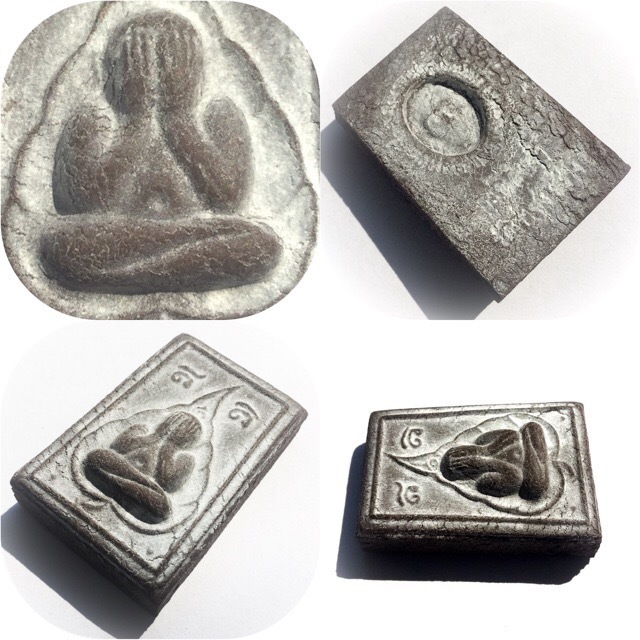