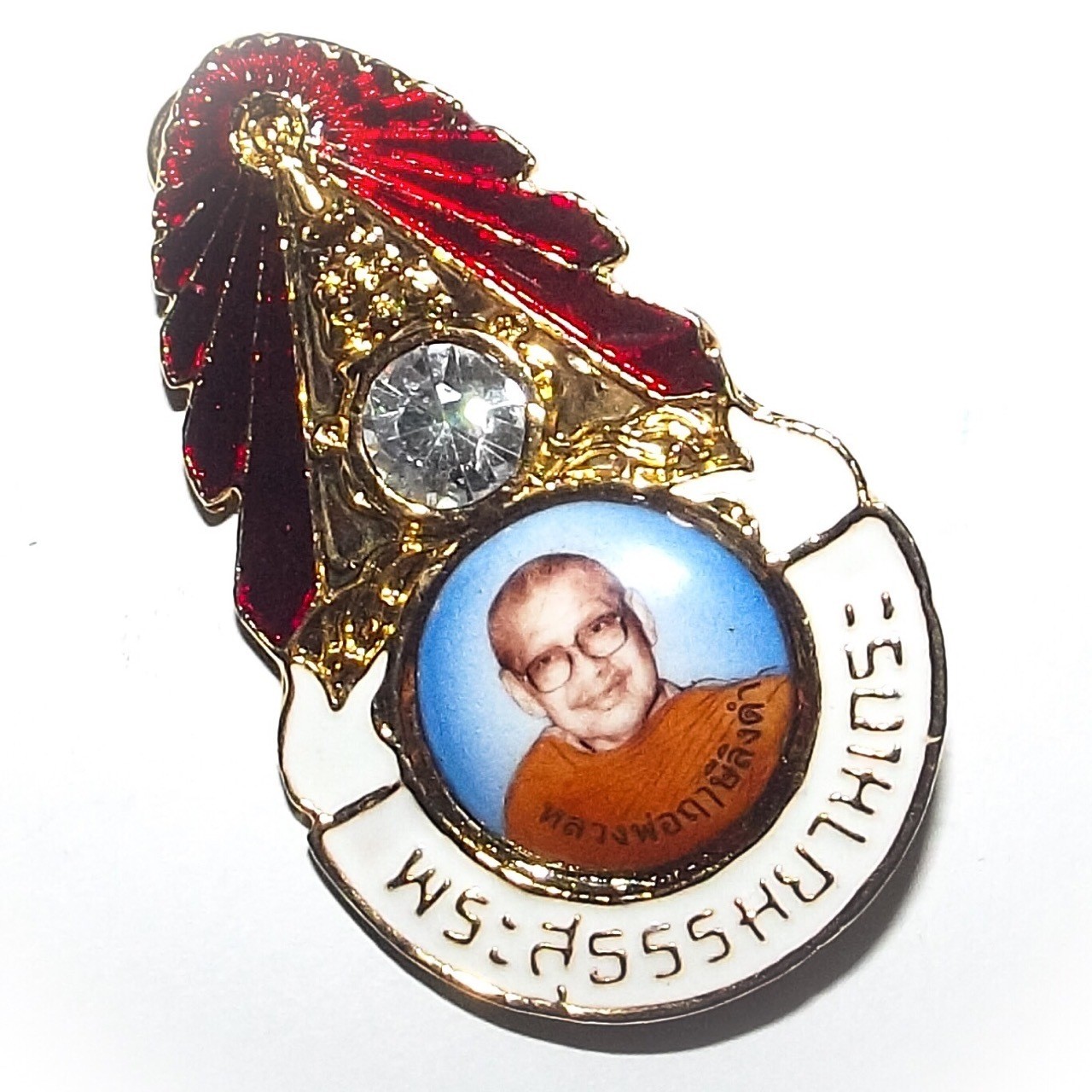 The front face of the locket is Enamelled with Ya Rachawadee, and has a Crystal Gem insert, and the rear face has the Sacred Yant Grao Paetch Diamond Armour Yantra of Luang Por Parn. Luang Por Parn of Wat Bang Nom Kho was the Kroo Ba Ajarn of Luang Por Ruesi Ling Dam.

Some people may prefer to seal the amulet in waterproof casing, for which reason we have provided this option. Others may prefer to keep it in its original state and wear it as a pin badge locket. 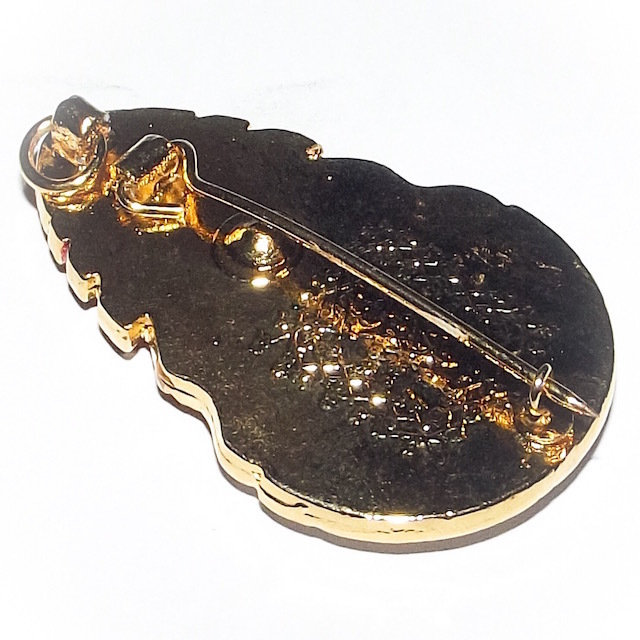 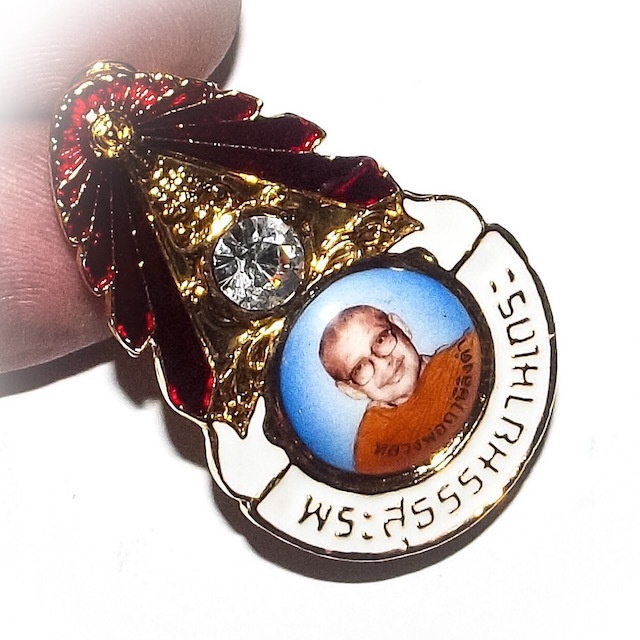 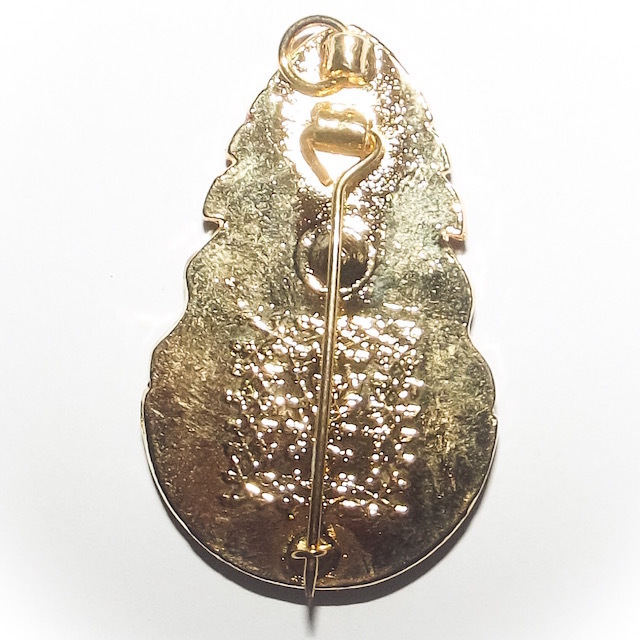 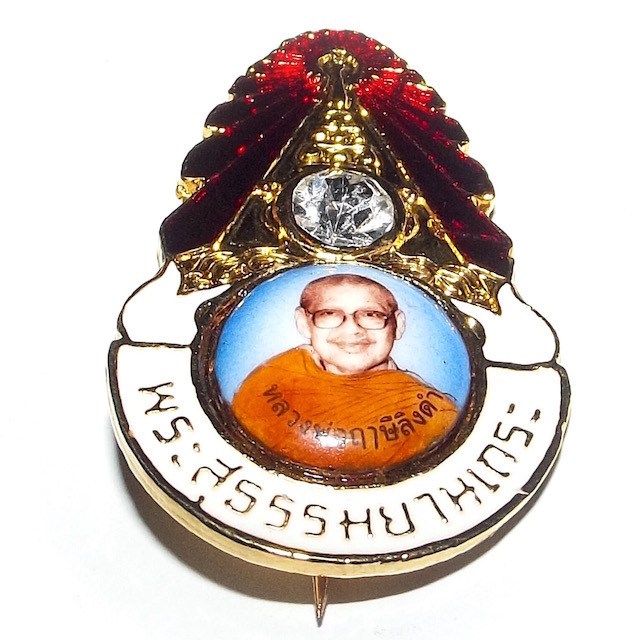 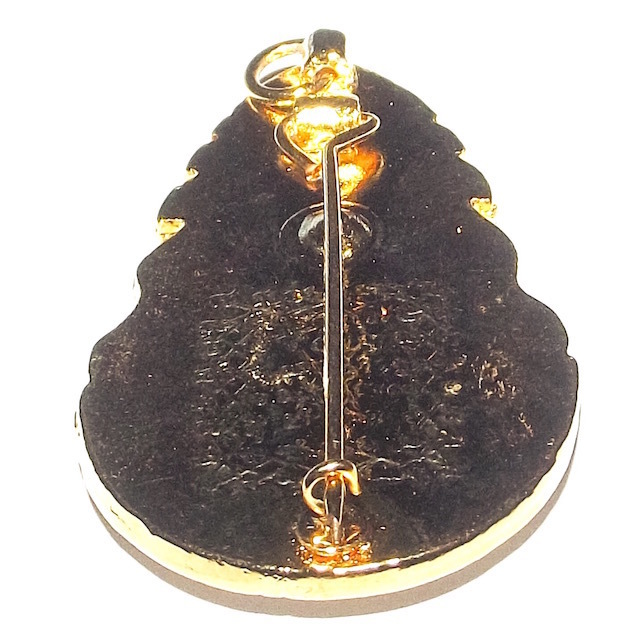 If we do this every day before undertaking our chores and duties, we will have Great Success and Achievements coming our way. When you think of the Buddha with Rapture in your Heart, as a Buddhist, then you should always remember the amulet of Luang Por Ruesi Ling Dam hanging around your neck, and remember that his teachings are those of the Buddha, and that he and the amulet represent the Buddha 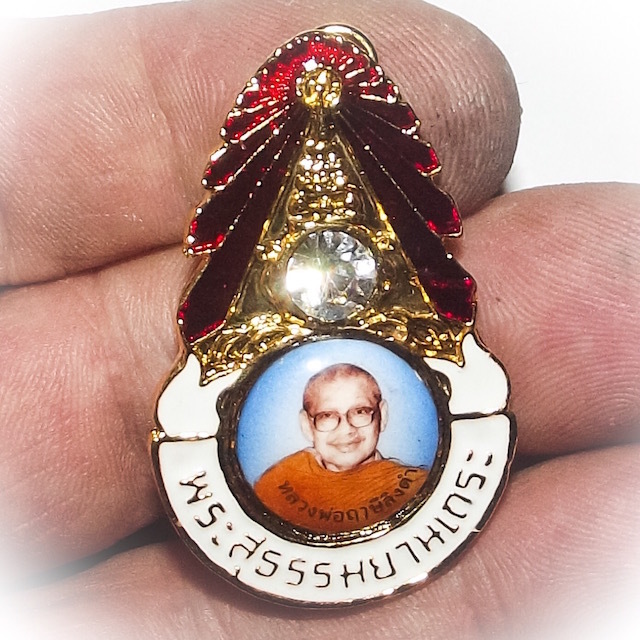 This rare first edition amulet is a truly sacred and Historical Amulet, and a highly recommended alternative for those with lower Budgets who seek the amulets of Luang Por Parn, but now also a rarity and the treasured prized Possession of the Devotee of Luang Por Ruesi Ling Dam. 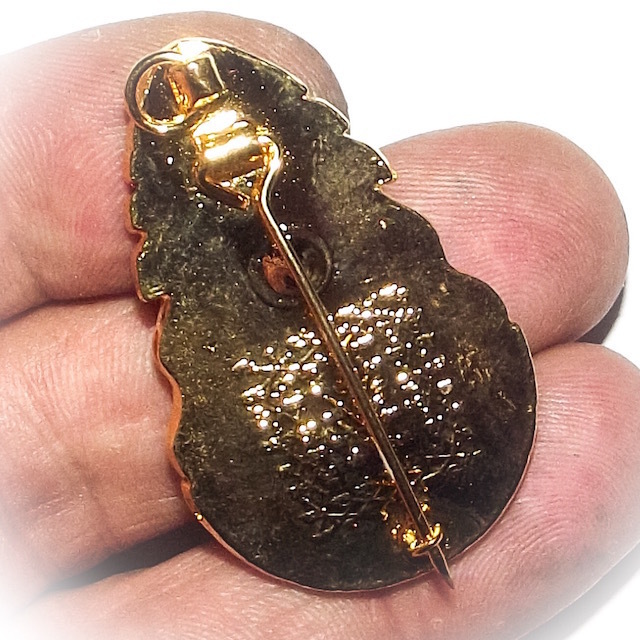 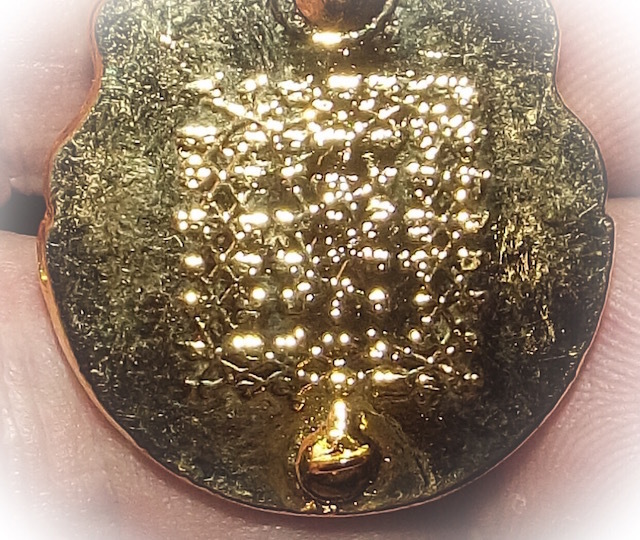 Above; the Sacred Yant Grao paetch Diamond Armour Yantra is embossed on the rear face of the Locket Mongkut Paetch 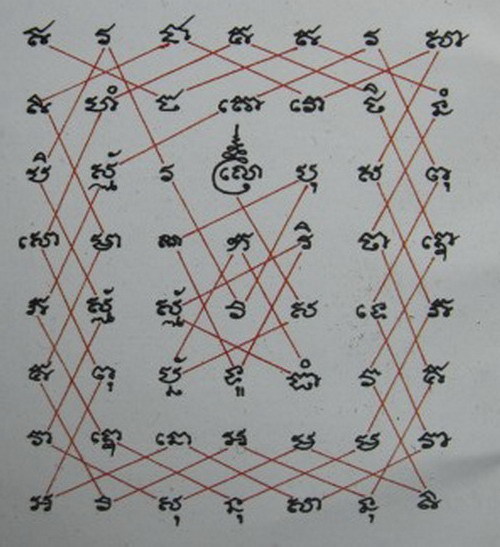 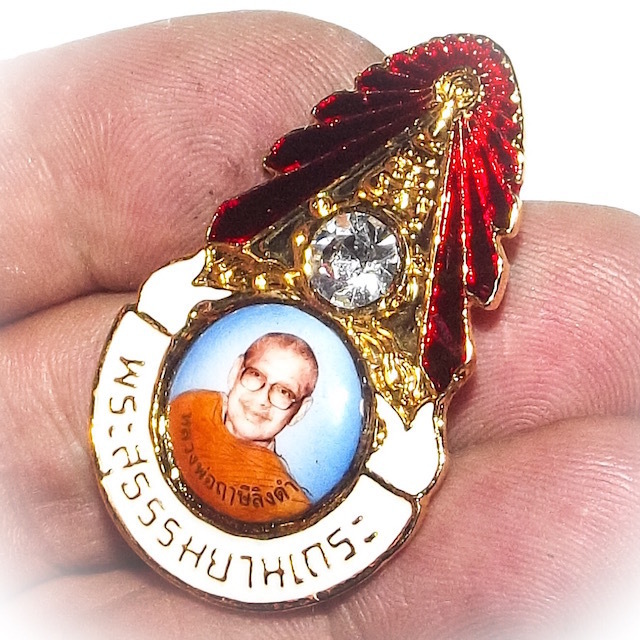 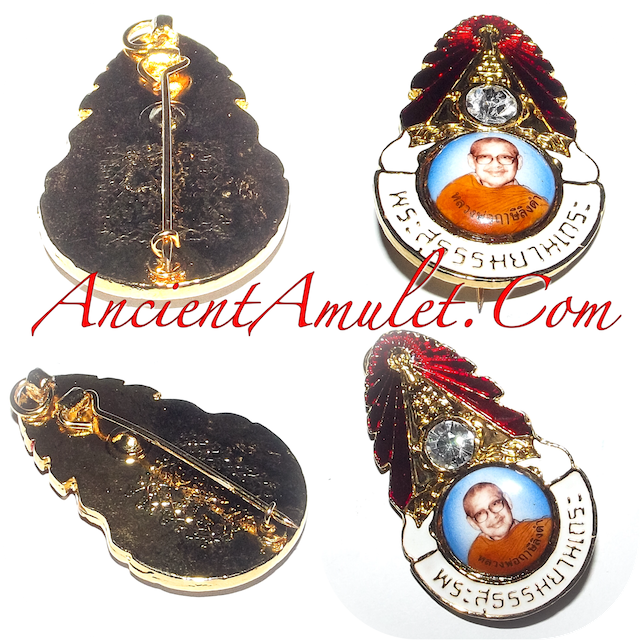