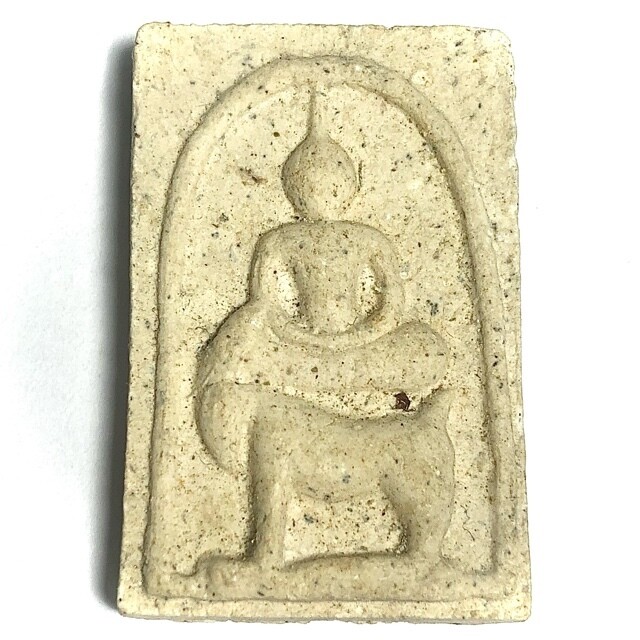 An absolutely Pristinely Well-Kept Pra Pong Prai Kumarn Pim Pra Somdej Khee Pae Yai (riding large goat) amulet, from the Great Luang Phu Tim Issarigo, of Wat Laharn Rai This exhibit is in Nuea Pong Prai Kumarn Bone powders and Pong Wised 5 Chanid. This amulet is authenticated ,and comes with A4 size Certificate of Authenticity, and Free Express EMS/DHL/Fedex Shipping included. The Pra Somdej Khee Pae was made in two versions and various types of sacred clay, with the two main models being Khee Pae Yai (large goat version), and the Khee Pae Lek (small goat version). Both amulets are of full size, but the size of the goat ridden by the Buddha differs. 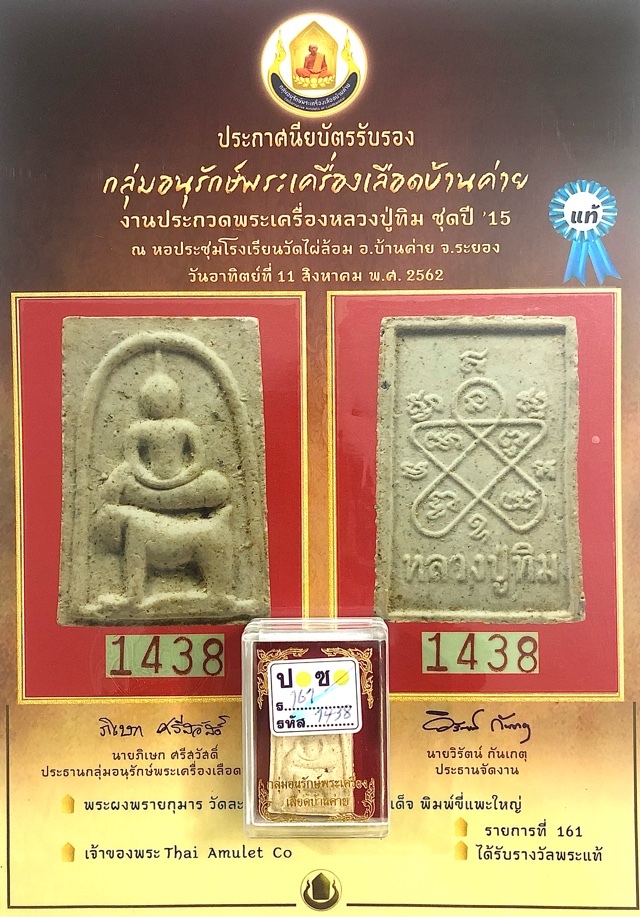 The Pra Somdej is rare to find in both Pim Khee Pae Yai, and Khee Pae Lek., known for their Maha Lap and Maha Sanaeh, and Kong Grapan Powers, especially an exhibit such as this pristinely kept amulet, enchanting in its appearance, with the seductive shimmer of Sai Rae Tong Kam Pure Gold Flakes, filled with Pong Prai Kumarn Muan Sarn Powders. 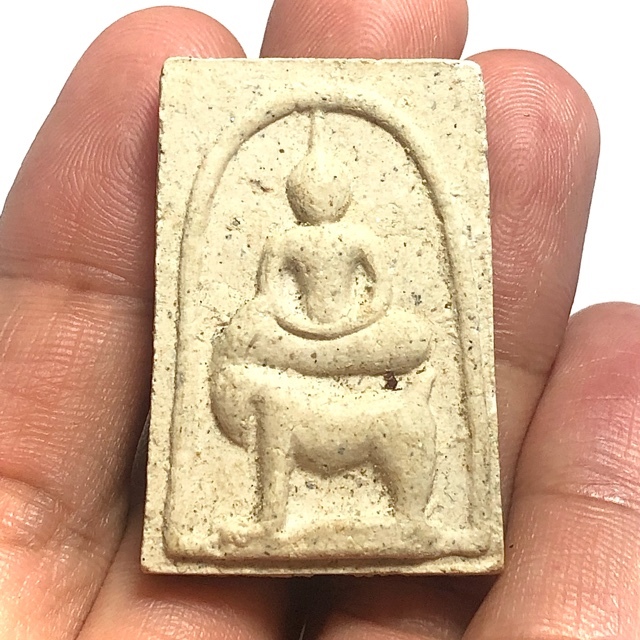 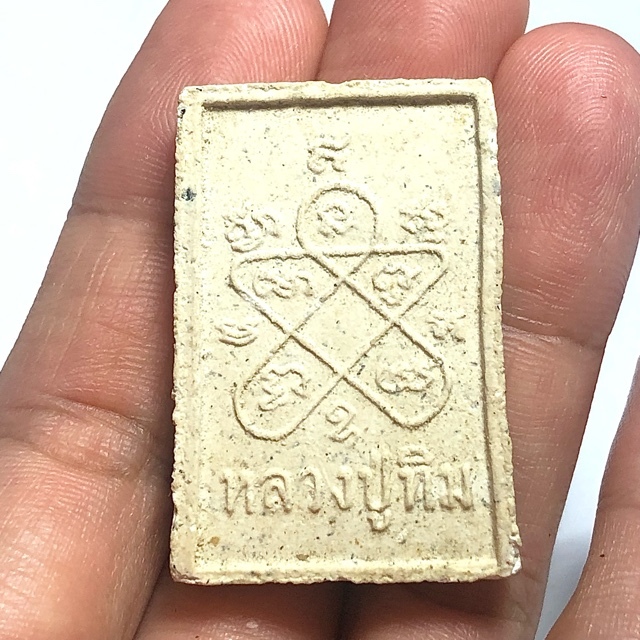 Free EMS/DHL/Fedex Express Airmail Shipping Worldwide is Included.. The Amulets were released in varous forms around 2517 BE, and was always accepted in all amulet circles, but is now accompanied by the pantheon of the now famous and preferred and nw officially accepted 'Chud Pi 15' series, which was made 2 years before the Bangkokian Tha Prachan society financed 2this 517 BE series of amulets, which are now of equal popularity than the Chud Pi 15 series, due to new information resurging over the years between 2558 BE and 2560 BE, which revealed the true history of the amulets of Luang Phu Tim, dating from around 2495 BE to 2515, revealing all information about his amulets before 2517, and opened up the doorway to the documentation of almost the full pantheon of amulets of Luang Phu Tim. 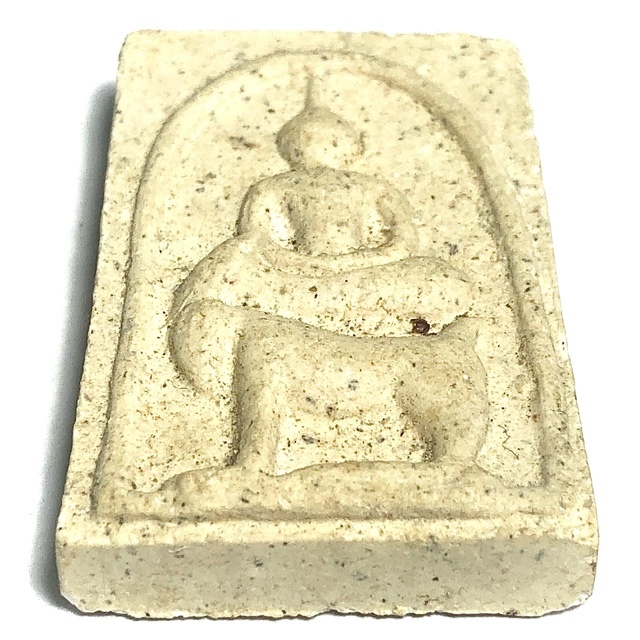 The amulet is full of Pong Prai Kumarn with Pong Wised Powders, and has all features intact, having been kept in pristine condition by its original owner The Sacred Pra Pong Prai Kumarn of the Great Luang Phu Tim of Wat Laharn Rai is one of the most famous amulets of all time, and highly renowned for its true power to bring prosperity and good business, power of attraction and mercy charm to the wearer. 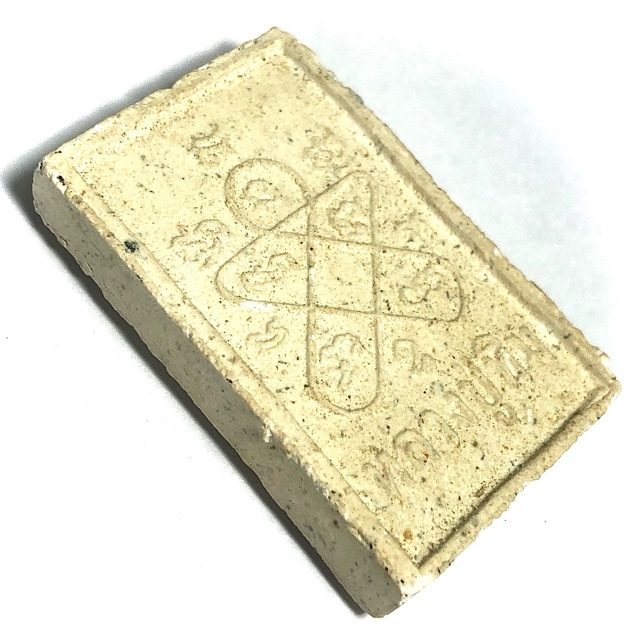 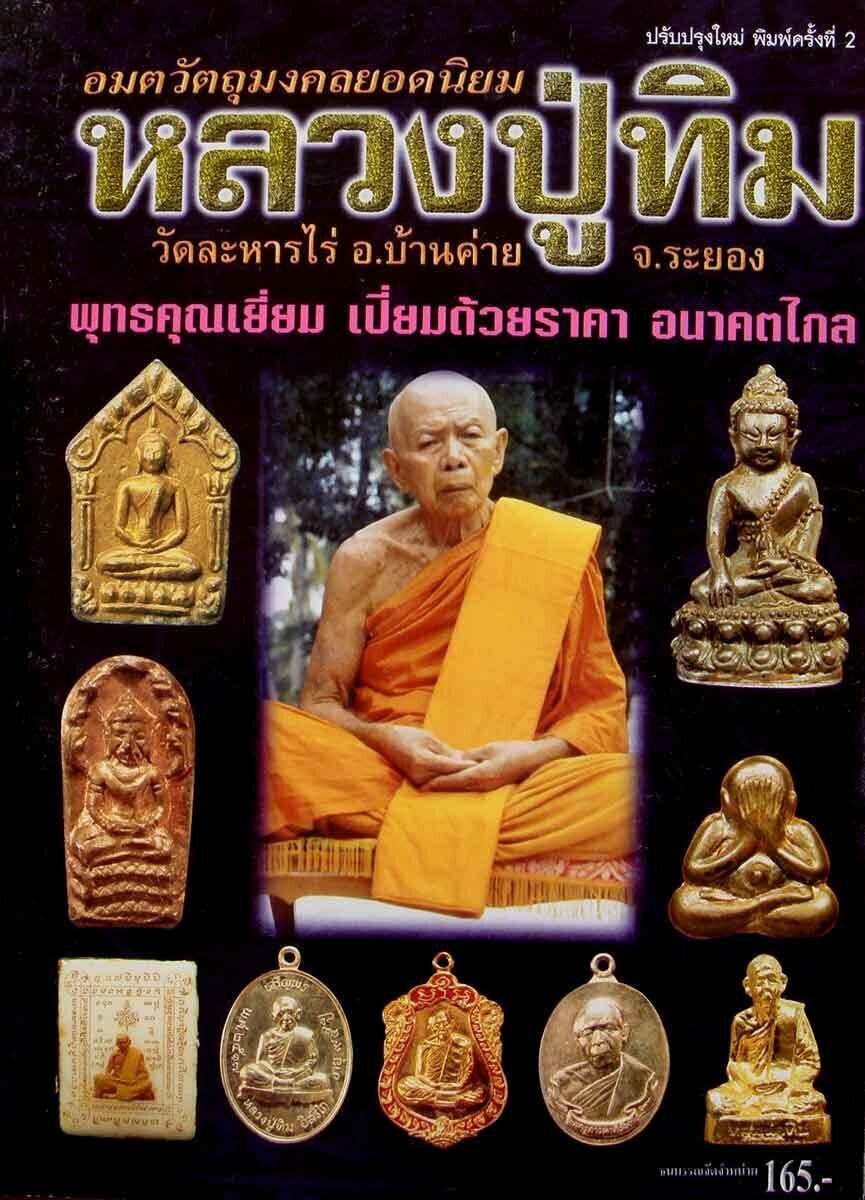 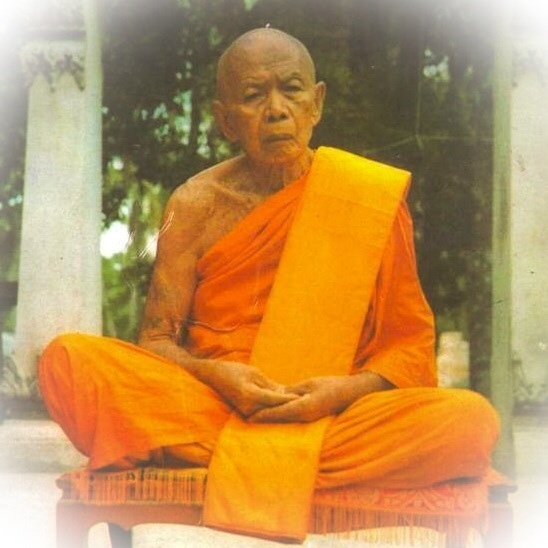 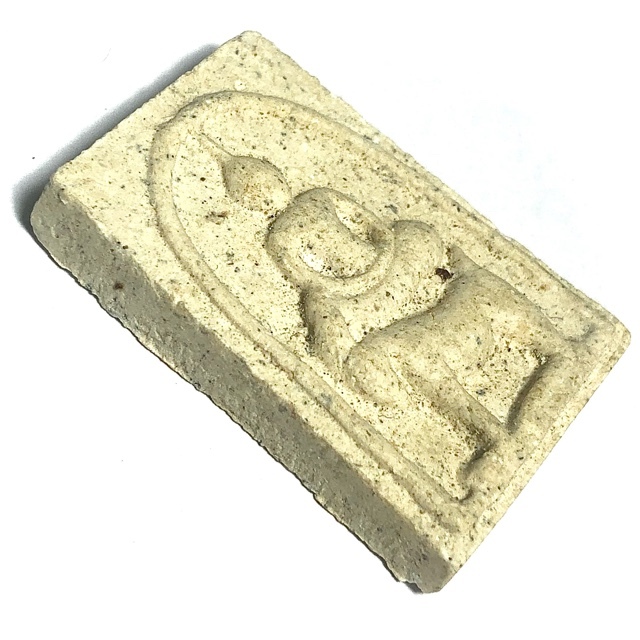 We guarantee authenticity with this item, as we do with all amulets in our showroom. Luang Phu Tim Issarigo, is of course not only one of the most highly acclaimed and sought after Guru Monks for his amulets, he is the holder of the highest esteem in Thai Buddhist amulet history for Pong Prai Kumarn powders. The reason the Pong Prai Kumarn amulets of Luang Phu Tim became so world famous and popular, even in the time when Luang Phu Tim was still alive, is because everybody who owned one, recounted that business and personal success and prosperity had increased constantly and steadily since wearing the amulet. 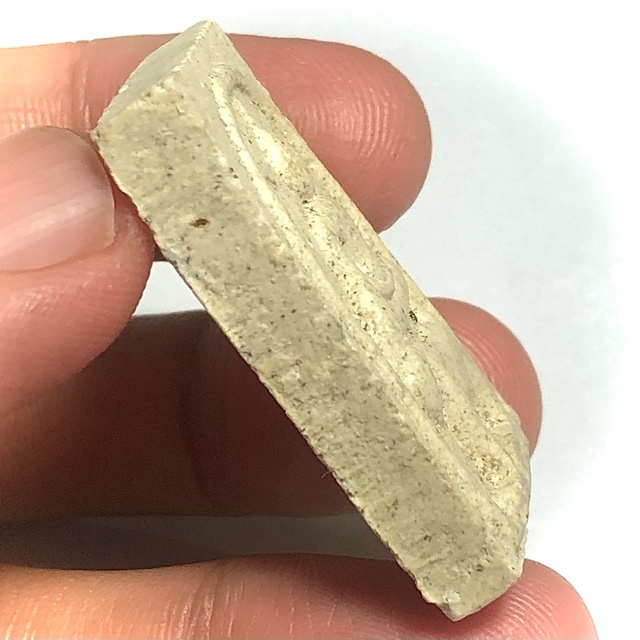 This amulet comes with official authenticity certificate made in the month of August 11, of the 2562 BE Samakom Glum Anuraks Luead Ban Kaay Luang Phu Tim Amulet Preservation Society meeting, with signature of confirmation from its president Ajarn Dr. Phisek. Luang Phu Tim, LP Tim is is Internationally Acclaimed, for his famous Pra Kring Chinabanchorn, Somdej, Palad Khik, Pid Ta, Takrut, & his Pra Khun Phaen Pong Prai Kumarn, and Look Om powder balls. As to the classic 'Rian' Monk coin Image amulets which have become all time favorites, and eternally, world famous classic amulets of the high end variety. The Pra Somdej Khee Pae were released in the 2517 BE edition. 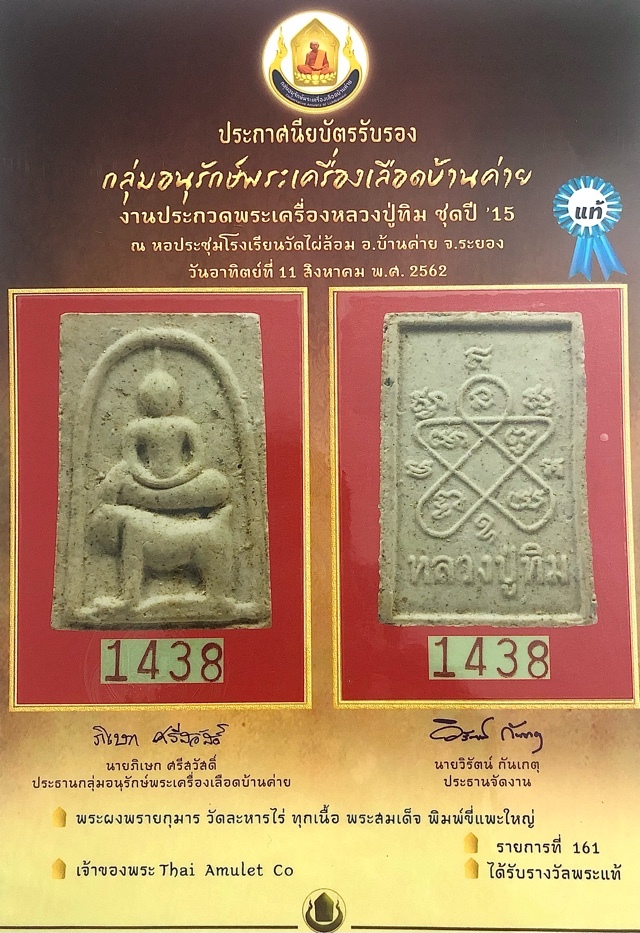 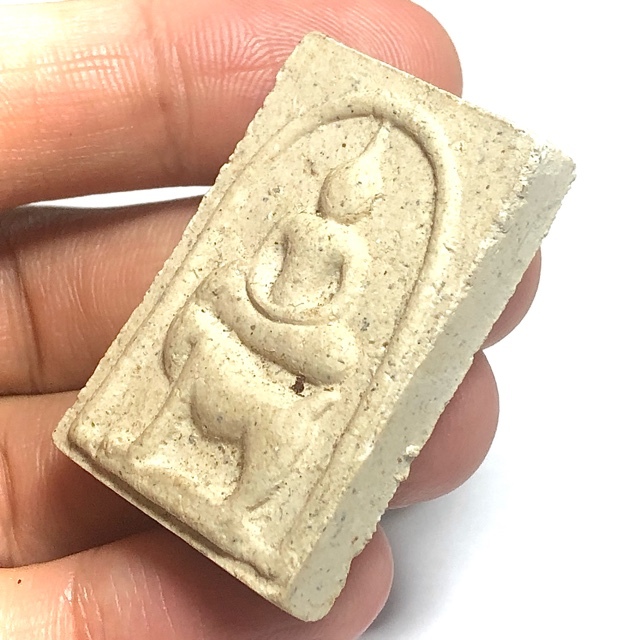 The next order of preference, one could possibly estimate the great Luang Phu Sin, of Wat Laharn Yai, and equally so Luang Por Rat of Wat Pha Hwaay (Now taking first preference in place of Luang Por Sin, for his adherence to lower prices, and his large repository of Pong Prai Kumarn and See Pheung Khiaw LP Tarb, which is the largest remaining repository of Muan Sarn of all afilliated temples), Luang Por Rat (Wat Pha Hwaay - fast becoming the number one preferred apprentice to LP Tim and Luang Por Sakorn, since the passing of LP Sakorn), and Pra Ajarn Somkid, of Wat Beung Tata (Rayong). 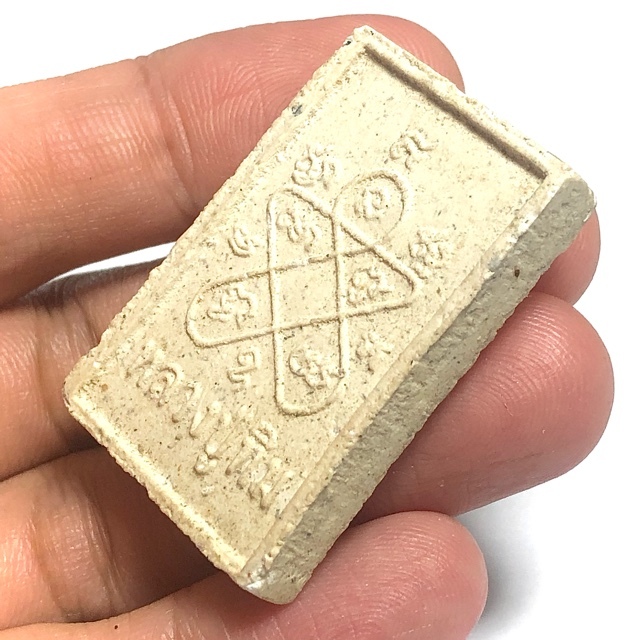 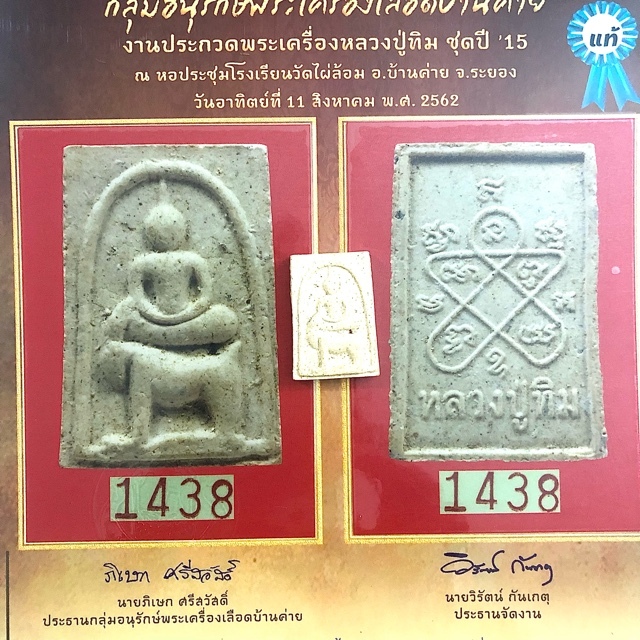 The Khun Phaen Luang Phu Tim has been one of the most popular amulets in the whole Pantheon of Thai Buddhist Amulets of the last century, and of all time. The amulets of Luang Phu Tim, are now almost impossible to encounter commonly anywhere in any amulet emporium, except for the most elite showrooms, and at elevated prices. 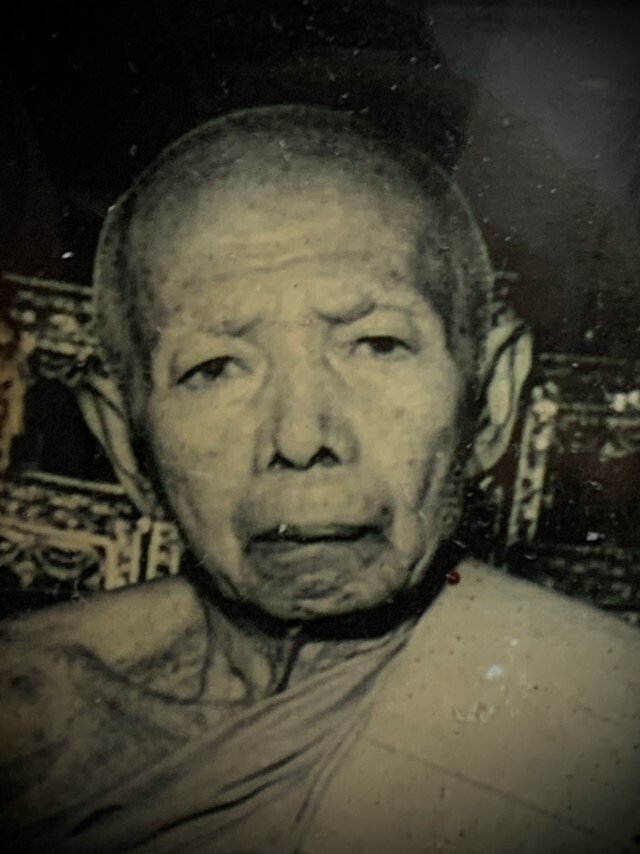 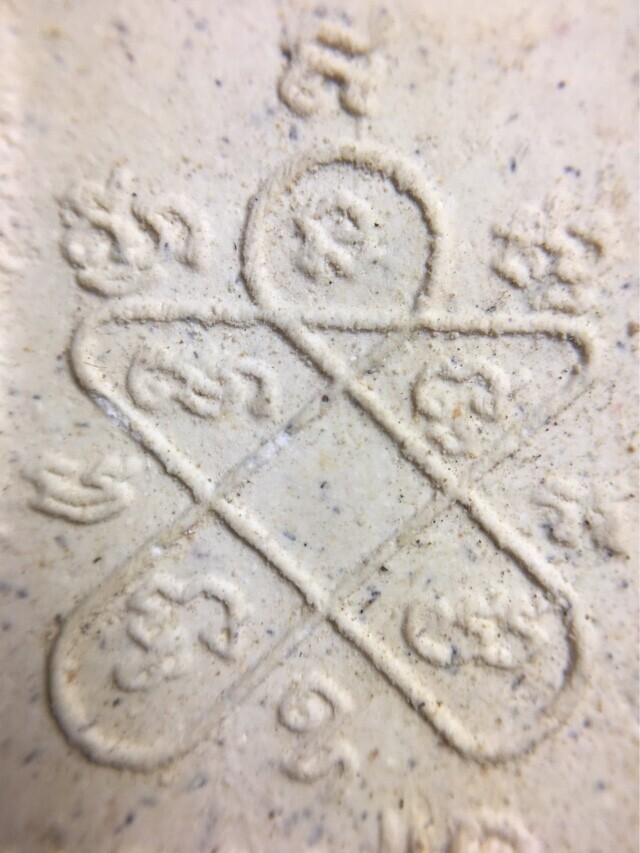 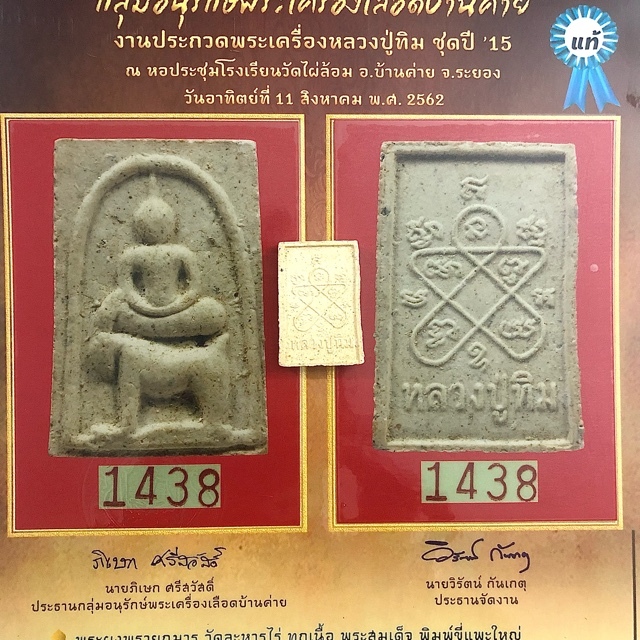 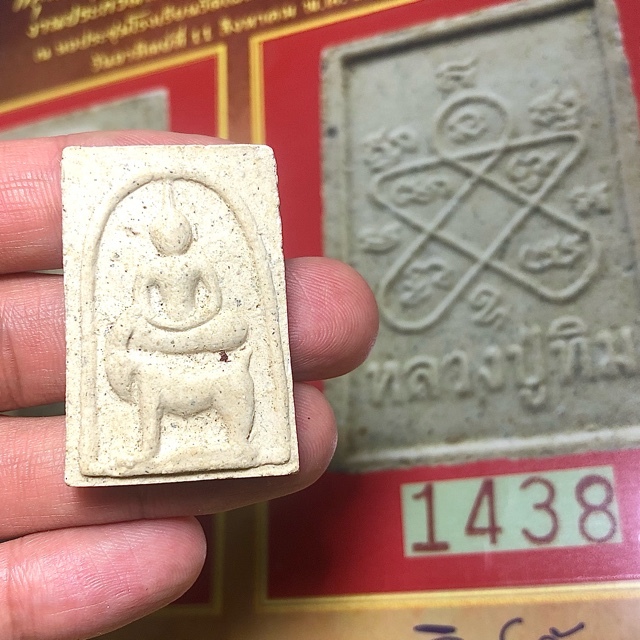 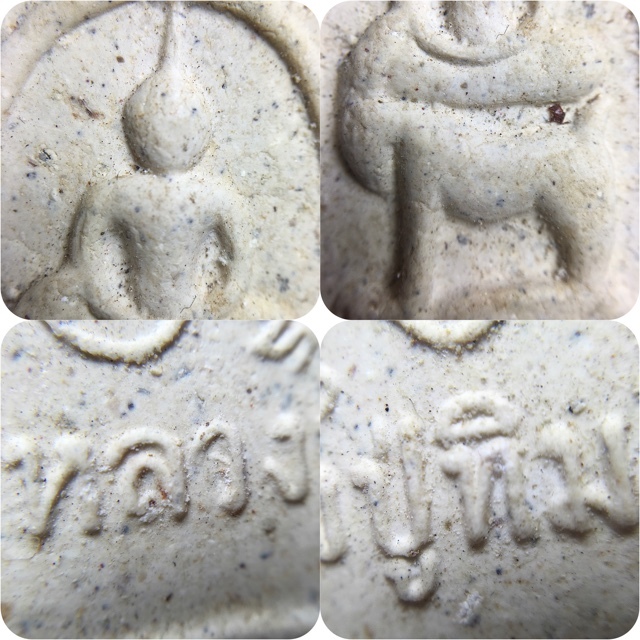 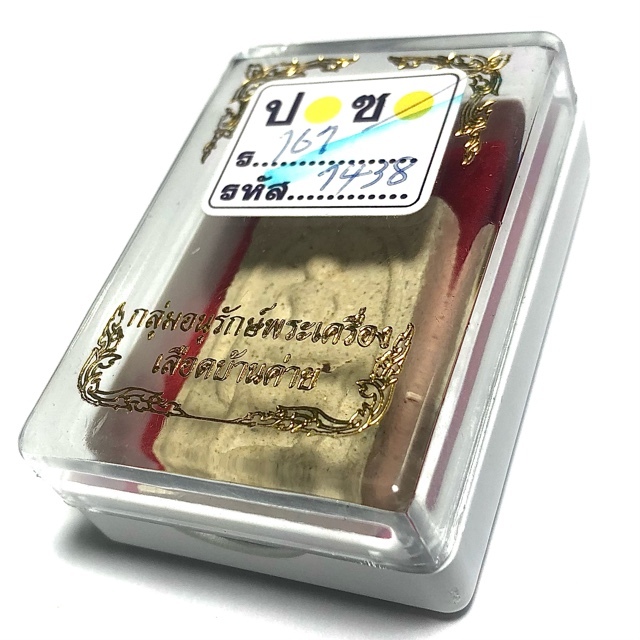 Be it his Roop Muean, Look Om Pong Prai Kumarn, Pra Khun Phaen, or the many models of Pra Pong Prai Kumarn, the Muan Sarn Sacred Powders of Luang Phu Tim and his empowerment, are among the most highly regarded of all. 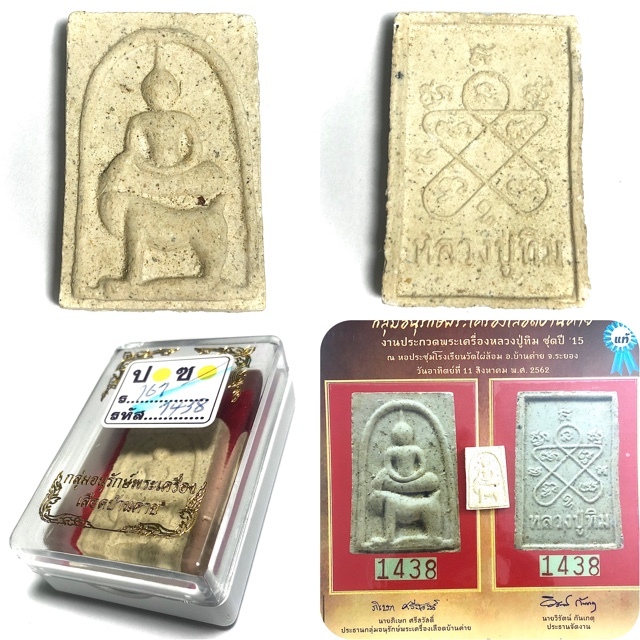