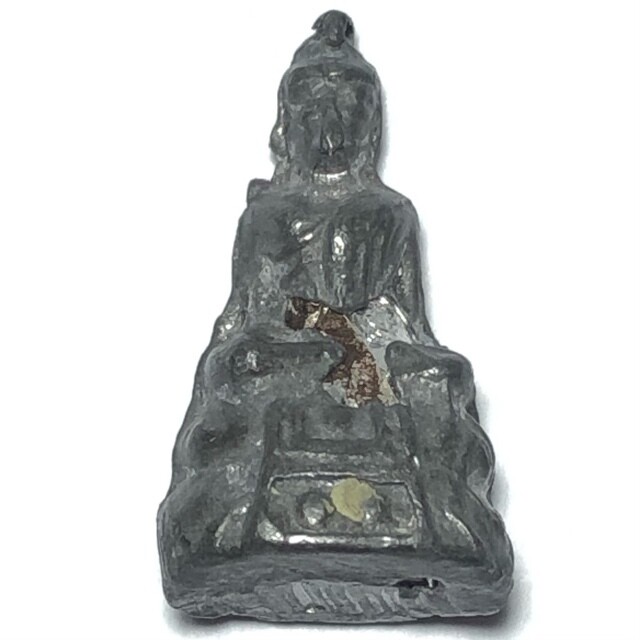 The Pra Put Pim Hnaa Diaw Buddha Amulet in Pim Lek, made from Nuea Dtakua Aathan Pasom Parort with Mercury, Fang Khiaw Hmaa Pha, is one of the rarer models of a variety of different Pim (models), which Luang Por Dam created by taking already pre-existing designs from other great temples and masters, & using them to make these amulets. Created by forging them with alchemical metallurgy into leaden statuettes, which the filled with the insertion of a magic spell in Sacred Khom Agkhara on a piece of parchment paper, and wolf's canine tooth. 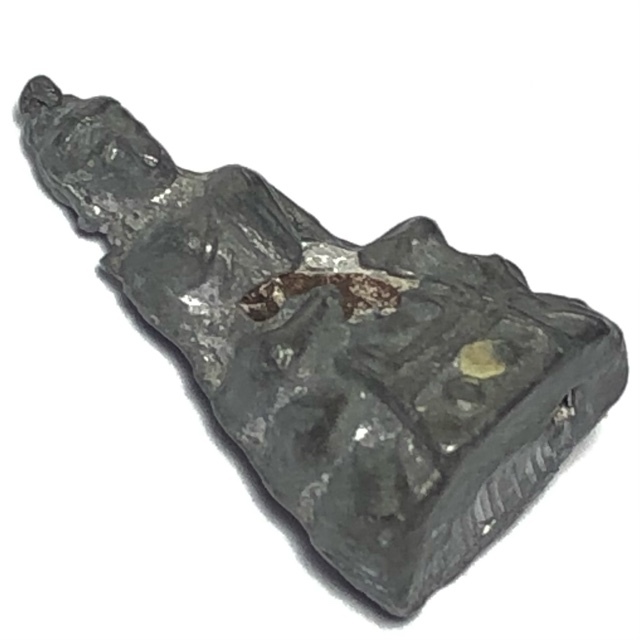 Free Registered Airmail Shipping Worldwide is included with this amulet. This amulet is a Pim Lek measuring 2.1 x 1.2 Cm and is fitting for all Genders, being of small to medium size, but weighs heavier than its size looks, due to the heavy alchemical mercurial leaden alloy. 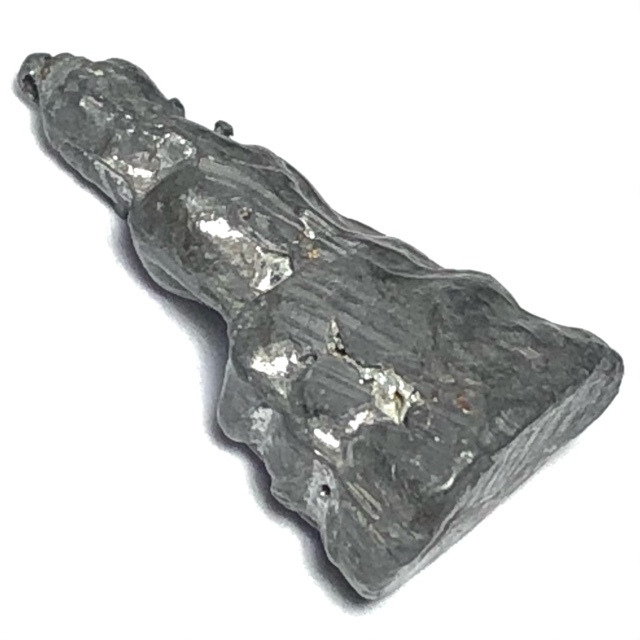 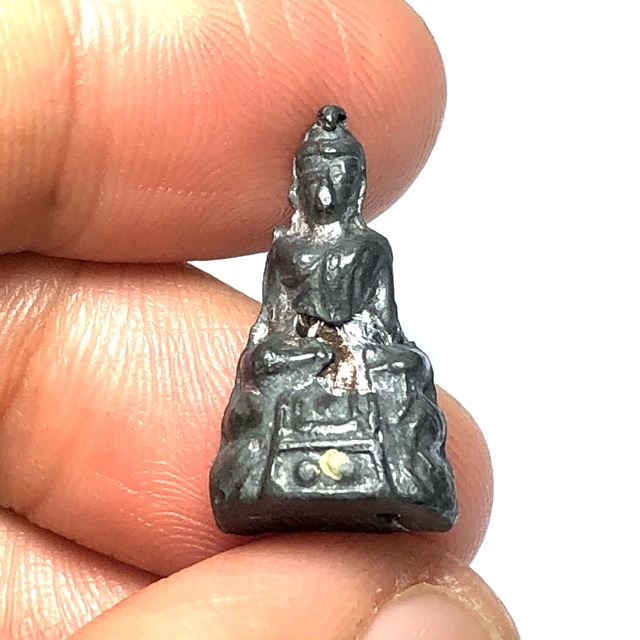 He would make the amulets by the alchemical method of using Incantations and meditative prowess to call the mercury to flow to him and guide them into the casting molds with magical spell-casting. 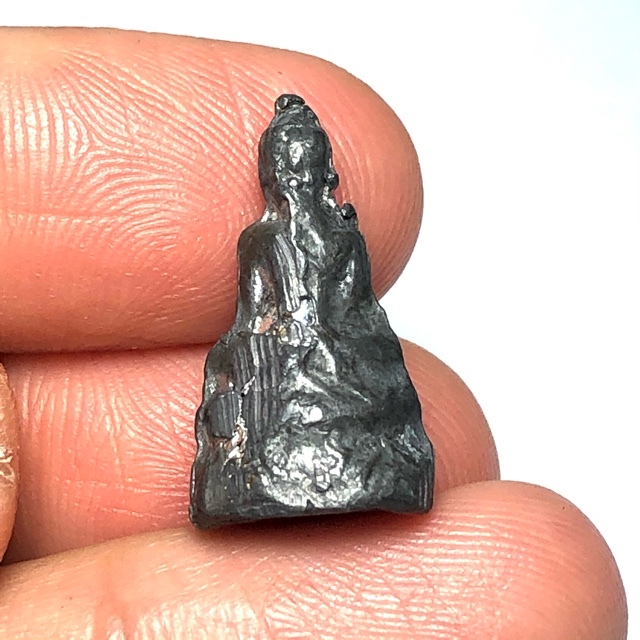 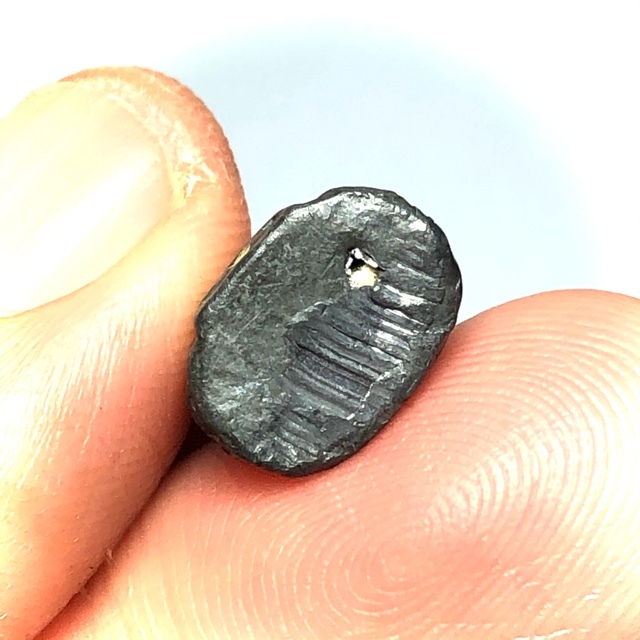 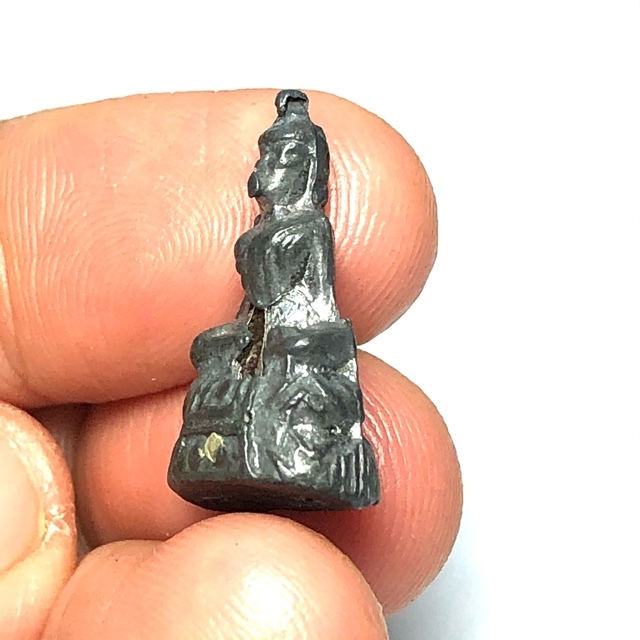 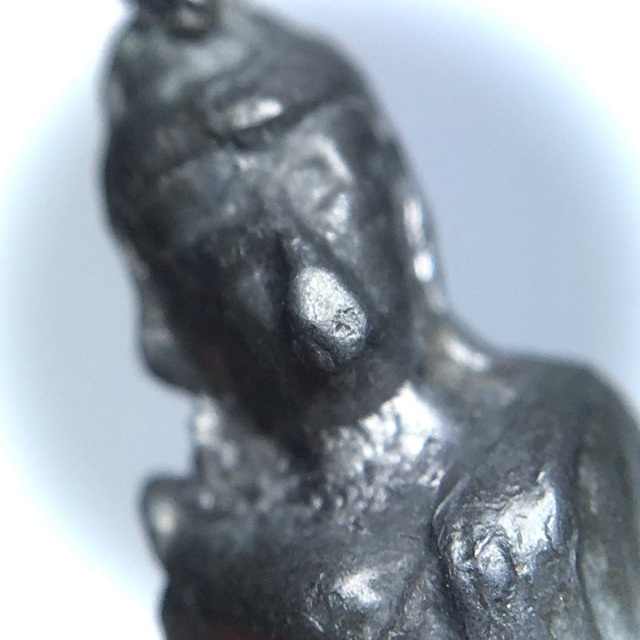 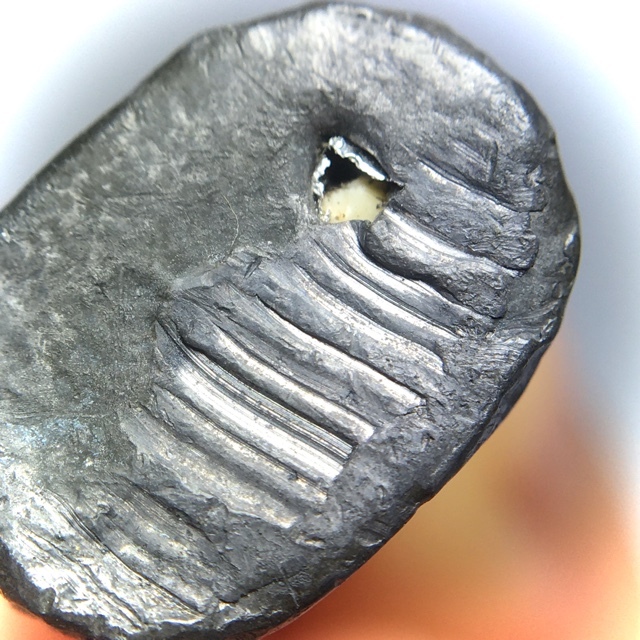 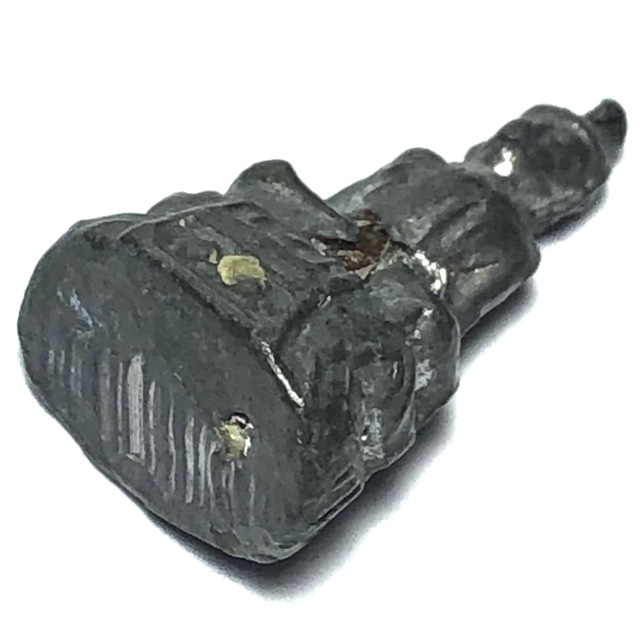 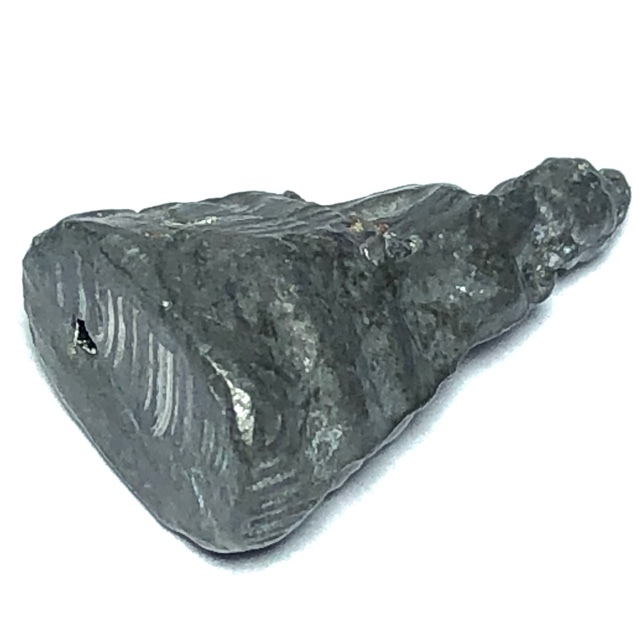 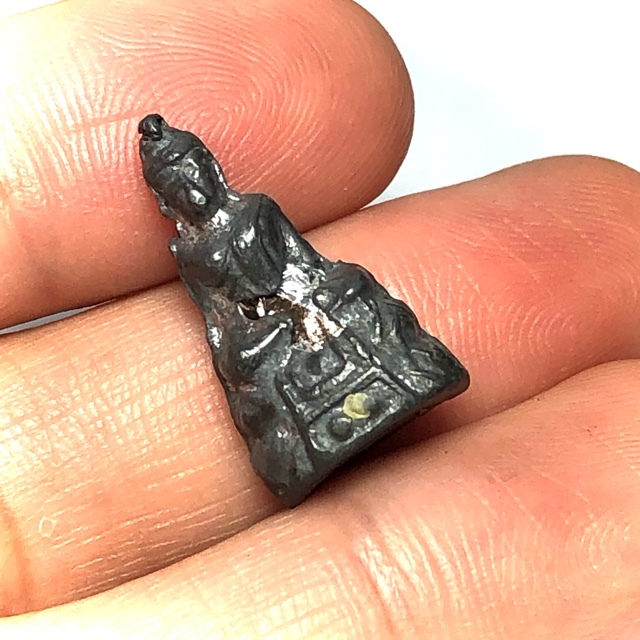 He took the teeth and empowered them throughout his Tudong wandering times with Maha Amnaj, Maha Ud, Klaew Klaad and Kong Grapan Chadtri Magic, for later use, in these amulets. He made the amulets in various models, including the Pra Put Buddha image (in varous forms), the Pra Pid Ta Pra Pim Pak Pao (single Pidta) up to the Pra Pid Ta Pim Haa Gler (5 sided Pidta), which is known in the present day as 'Pid Ta Piang Chompoo Haa Gler'. 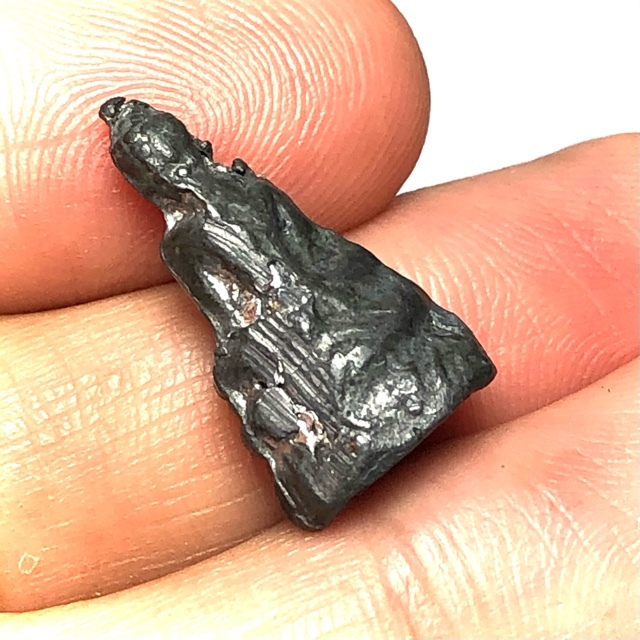 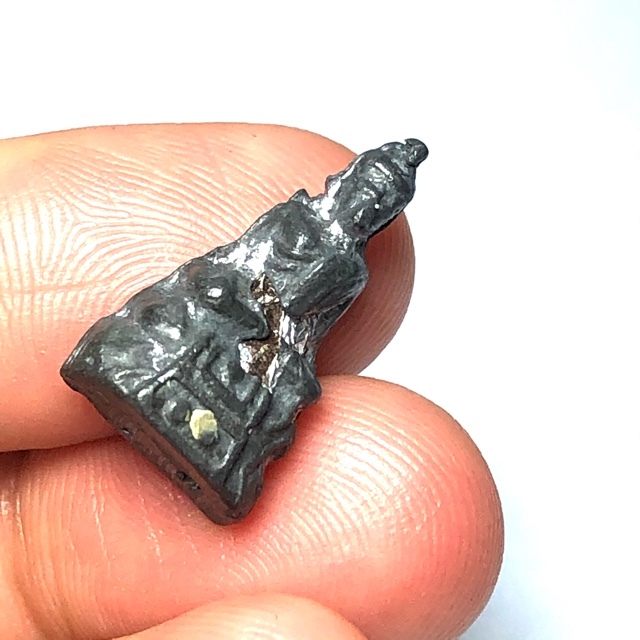 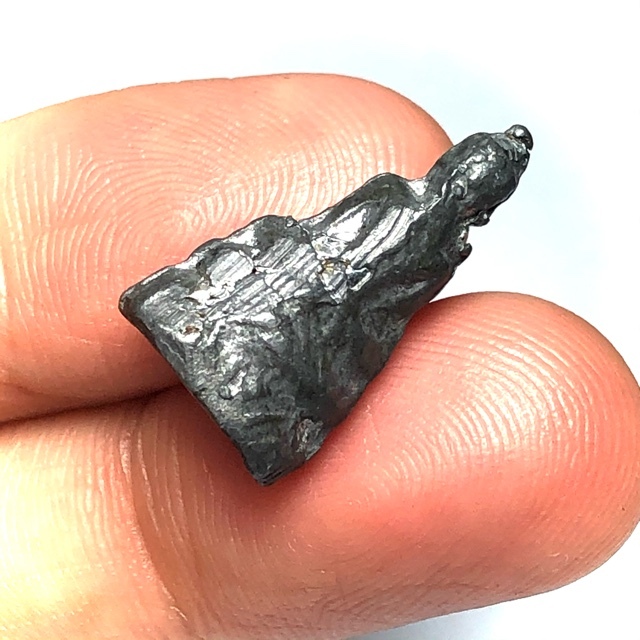 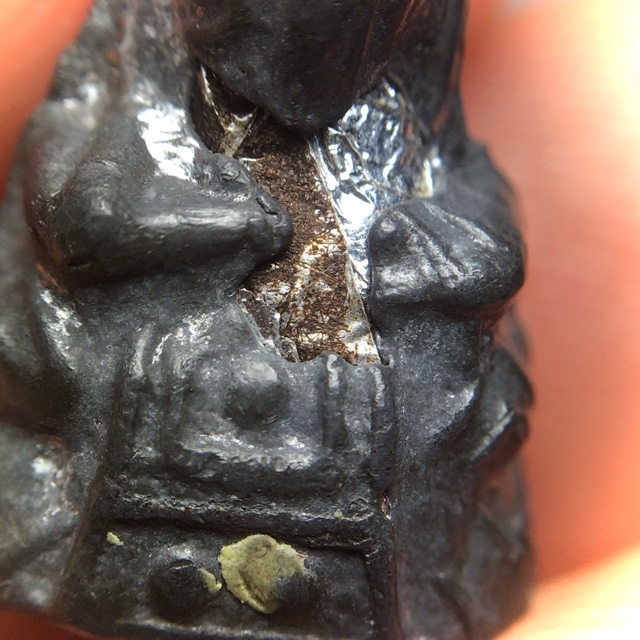 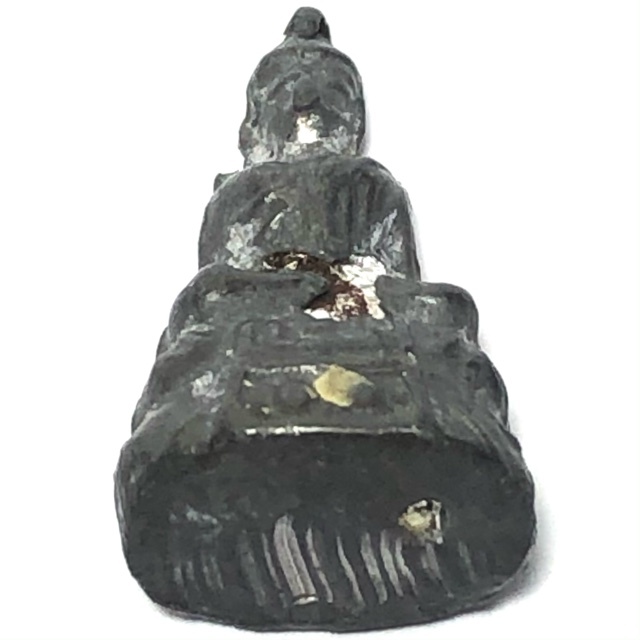