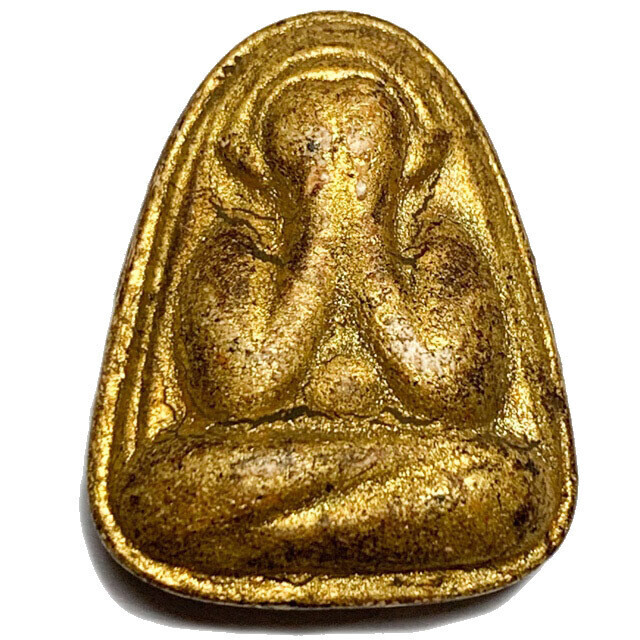 A Master Class Pra Niyom Category Pra Pid Ta amulet in pristine condition with herbal lacquer coating, gold leaf and the Yant Khaw Hlaam Dtat on rear face, in sacred Muan Sarn Powders of Luang Phu Kaew, first abbot of the previous century, of Wat Nong Tamleung, Luang Poon who was abbot at the same time, Discovered both entire, and broken amulets, and also Muan Sarn Sacred Powders of Luang Phu Kaew, within the hiding place chamber of the temple, which led to the release of these amulets, by order of Luang Por Poon. This amulet is one of the extremely rare amulets of the Pra Niyom Master Class category of the Chonburi Masters, and has a cult collectorship following in the Wongarn Pra Niyom Sai Chonburi (Chonburi Province High End Collector Scene). The exclusivity factor of this amulet is indescribably high, and its popularity with the Deep-Niche Chonburi Provincial Collector scene, only serves to underline it further, as an Ultra rare Pra Niyom Master Class Amulet. 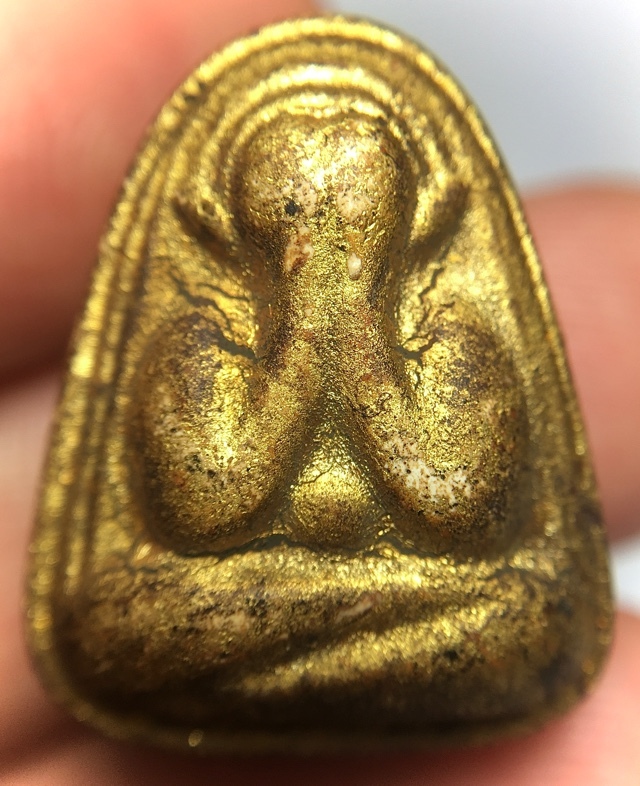 The Pra Pid Ta Luang Phu Kaew, although discovered and released by the Abbot, Luang Por Poon, is an amulet made with Luang Phu Kaew's ancient and powerful sacred Muan Sarn, from the Kru Burial Hiding Place of Luang Phu Kaew, who was the first Abbot of Wat Nong Tamleung over 100 years ago, and who buried a few hundred amulets in a Kru Chamber under the Pra Pratan Buddha Image in the Uposadha Chapel of the temple, which were found as the temple was moved and a new Uposadha was to be built. 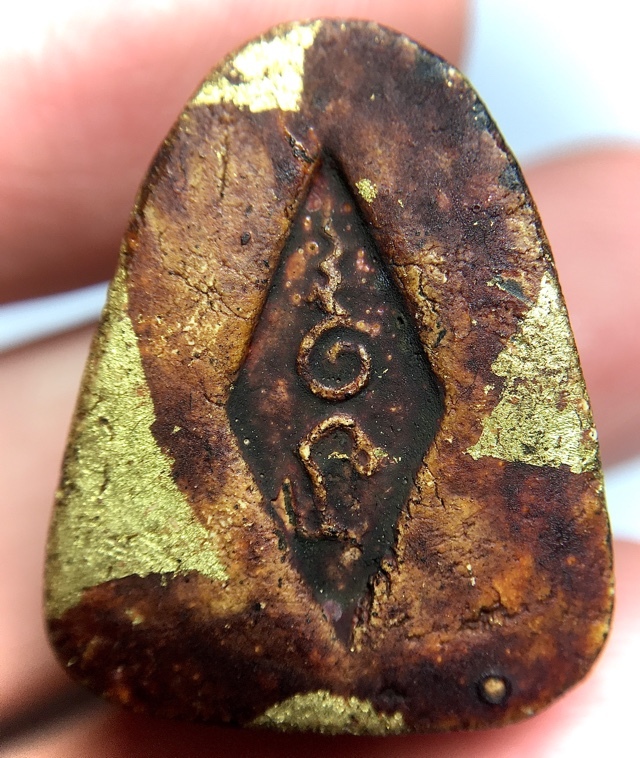 The old Uposadha was then in process of disassembly to be transported to its new location on a higher altitude nearby, in 2500 BE, and as they lifted the Central Buddha statue they found the doorway to the hiding place chamber. Many hundreds of amulets were inside, including a large number of extremely ancient centuries old ones were also found from before Luang Pu Kaew's time. The most ancient amulets of the find, were to a large extent broken, because they lay under Luang Phu Kaew's amulets and had been there for centuries, and so these amulets were used as sacred powders for making a new edition of Pid Ta Luang Phu Kaew. Two different separate Buddha Abhiseka empowerment ceremonies were made, on different dates, the first being in 2505, the second in 2506. The editions turned out to produce greate experience with devotees, and hence, further editions were made throughout the years, using remaining powders and broken amulets from the Kru, all of which were made in very small numbers, and which depleted immediately after release. This has made all editions of tyhis amulet become very rare indeed. Many wearers of the amulet have recounted miraculous results over the years, resulting in the Pid Ta Wat Nong Tamleung becoming a legendary essential; rarity in the Thai Amulet World.

The rear face features the Yant Khaw Hlaam Dtad Yantra Spell embossed. The Muan Sarn of the amulet is clear and easy to appreciate with the naked eye, with no need of an eye loupe or magnifying glass to authenticate. This level of pristine clarity in an amulet of this status is so very rare to encounter indeed, making this exhibit a definite 'Ongk Kroo Masterpiece Version', and an immensely rare amulet to find in the present day, under any circumstances. 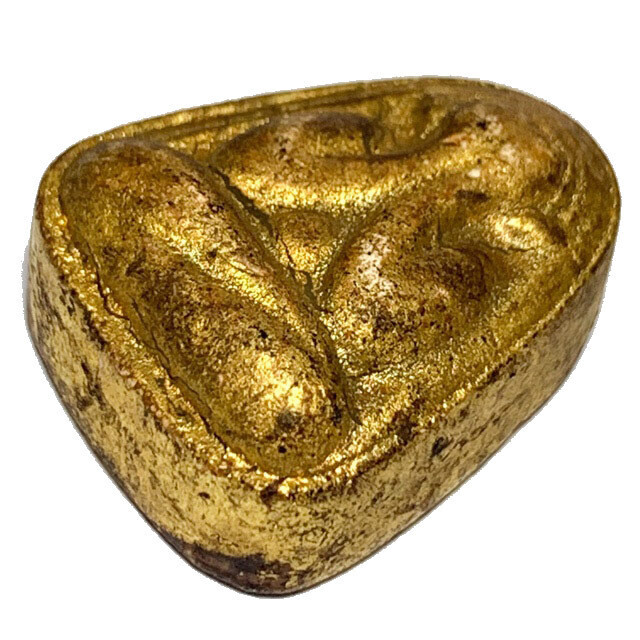 The front face of the amulet glows with a truly seductive aura of beauty. and its surface texture of lightly lacquered Sacred Powders, with pure gold leaf. These elements have blended together to render a truly beautiful example of the Pra Pid Ta Pong Luang Phu Kaew The features of the Buddha Image with its slender arms and its perfectly detailed relief, full of depth and character, leave the eyes unstrained when authenticating and appreciating its subtle features.

True beauty in subtlety, with a sacred Muan Sarn powder content, that assures the wearer of high Puttakun Power, and effective Kong Grapan, Klaew Klaad, Metta Mahaniyom, and Maha Lap effect. These are the ancient powders of an authentic olden days master sorceror monk, which can hardly be found made by many modern day Masters, due to the distractions of the modern age, even for Monks, most of whom these days have mobile phones, and watch tv. In the days of the Great Masters such as Luang Phu Kaew, such things would be neither permitted, nor practiced, for monks were highly adherent to the Vinaya rules, and forest dwelling, and were not in any way focused on worldly matters at all, much less possessing televisions or mobile phones, which is something a mendicant monk should not own in the first place. The status and sacred value of this amulet, made with the blessed Muan Sarn Powders of the Great and Elusive old Abbot of Wat Nong Tamleung, Luang Phu Kaew, is unquestioned in Thailand, where it is considered one of the rarest of the Chonburi Province Master-Monk Amulet Pantheon, and its beauty and features are pristine. 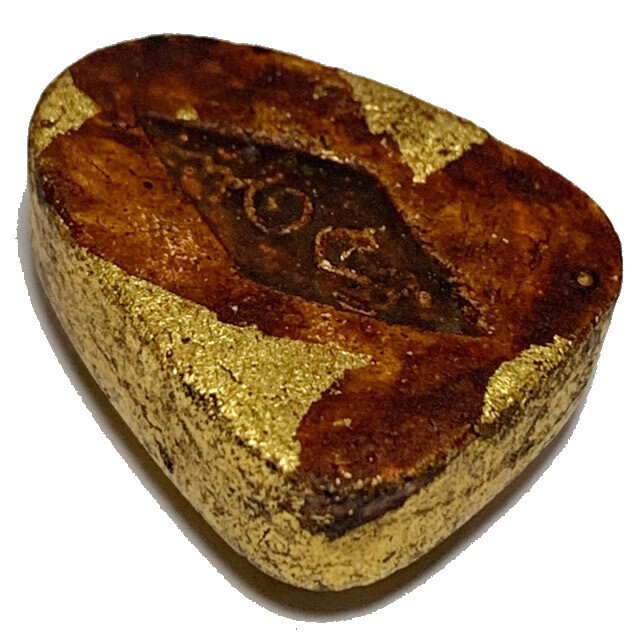 Luang Phu Kaew was a Gaej Ajarn Guru Monk who was accomplished in Vippassana and Samatha meditation techniques, and was the Upachaya of Luang Por Bern Puttasaro and Luang Por Lon, as well as being the Kroo Ba Ajarn of famous Sorceror Monk 'Luang Por Gon Tammakoso' of Wat Bang Bakong. he had a very high reputation in his time for his Kata Akom spellcasting, and Magical Powers of Choke Lap, Metta Mahaniyom & Klaew Klaad evasive Magic. He was reputedly able to enchant Tamarind Leaves and make them come to life as Bees and Crickets, and was said to have kept two Prai Spirit Ghosts bound under his services. He was said to have bestowed immense magical protection over his devotees, but that anybody who was a selfish person would not receive his protection, because he detested selfishness. 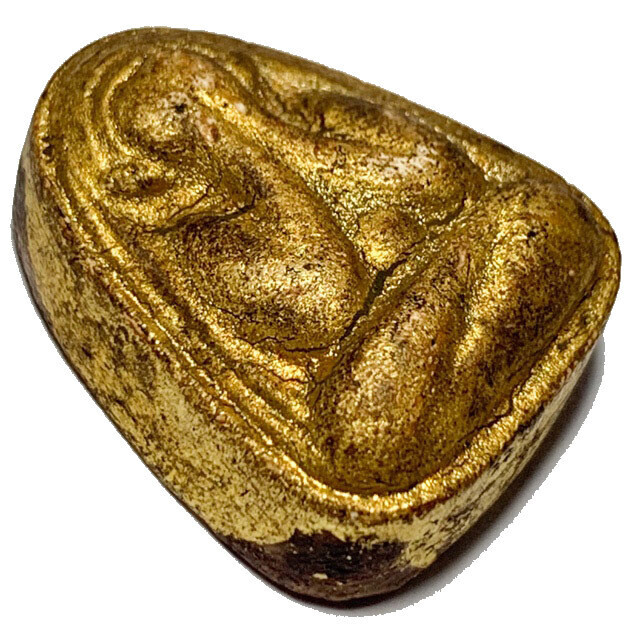 The Kru Chamber Hiding Place of the amulets of Luang Phu Kaew was discovered on 5th December (King Rama 9's Birthday) in the year 2505 BE, at 9 am in the morning at Wat Nong Tamleung. The 400 year old sacred powders from the Kru of Luang Por Kaew were used for the making of amulets, and hasty preparations were made for a Buddha Abhiseka Amulet blessing, after which the Pra Pidta were released to the public. 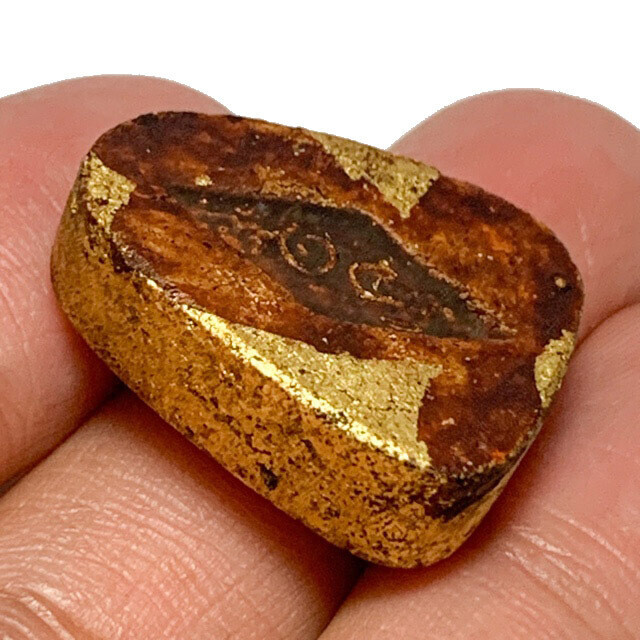 The Buddha Abhiseka for the release of this first edition preferred ('Niyom') model in glaze coating with gold leaf was performed with Nine Great Guru Monks present, to invoke the spirit of Luang Por Kaew to attend, and to chant the Dhamma Chakra for the opening of the eyes of the Buddh, and to bestow further blessings posthumously, to imbue further auspicious lucky fortunes to the wearers of these amulets, and those present during the ceremony. 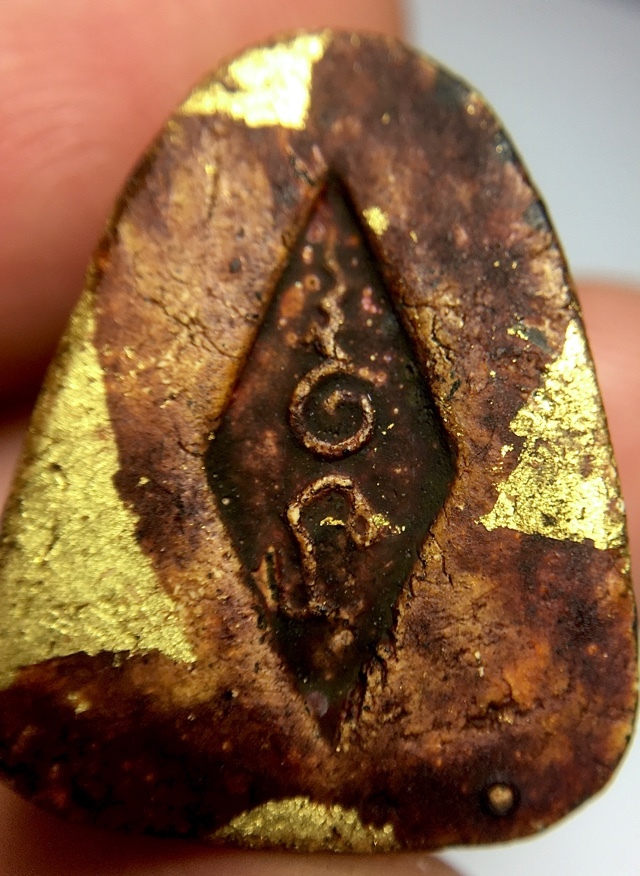