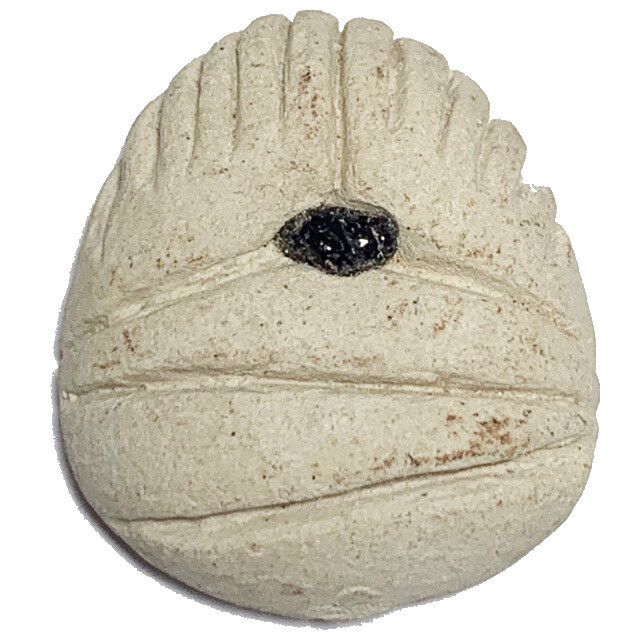 An extremely rare and immensely revered Ongk Kroo version amulet with blessed Nin gemstone insert, that is seldom seen, of the Great Thai Buddhist Nun, Mae Chee Bun Ruean, of Wat Awut; the Sacred Pra Pid Ta is inimitably fashioned in a manner that is instantly recognisable as that of the Mae Chee Bun Ruean Thai Buddhist Nun, and made from her famous 'Poon Sek sacred muan sarn ingredients, which are known for their Buddhakhun Magical Properties. This Ongk Kroo with Ploi Niny Insert is a Pim Niyom Preferred Model and an essential rarity.

The rear face has hand inscribed Kata 'Putto' in Khom Agkhara visible. The front face has an ancient Thai Nil Gemstone inserted as Ploi Sek Maha Pokasap, enclosed by the limbs of the Buddha (Ud Sap, meaning to allow influx but no outflow of wealth). 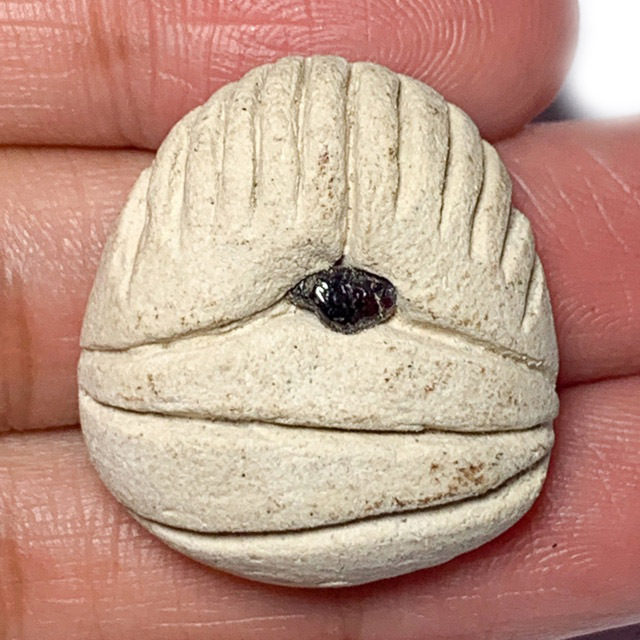 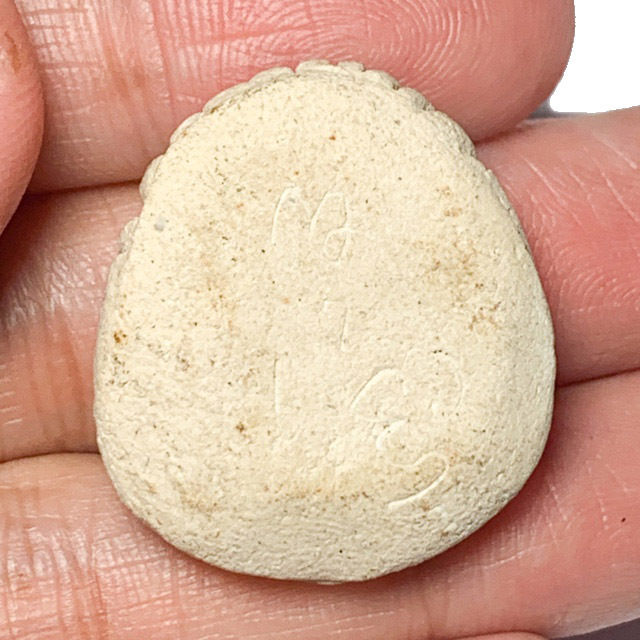 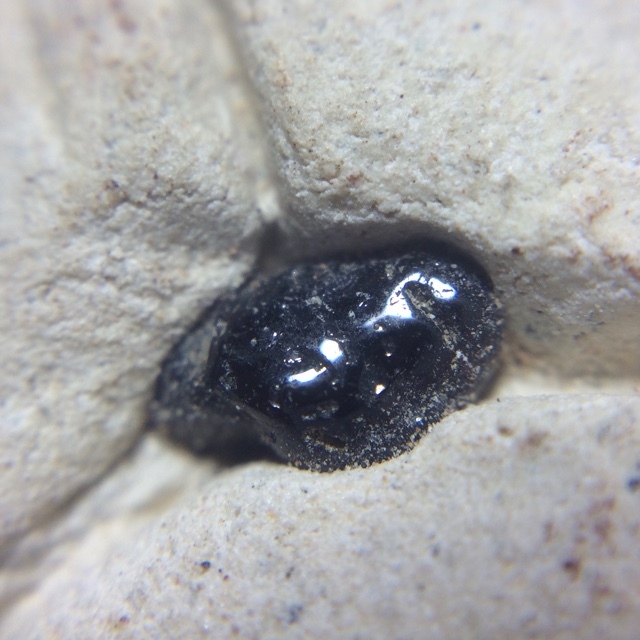 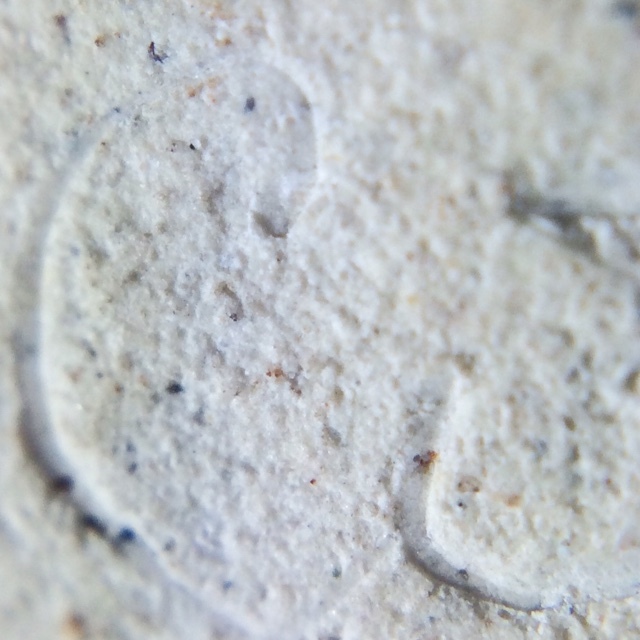 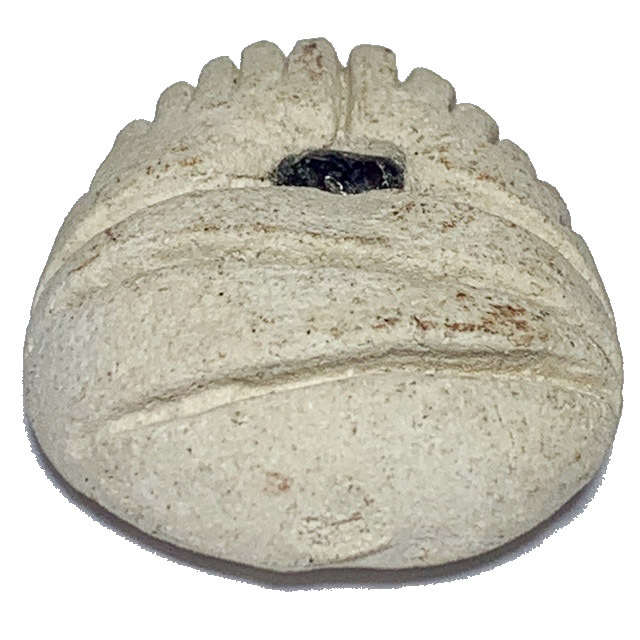 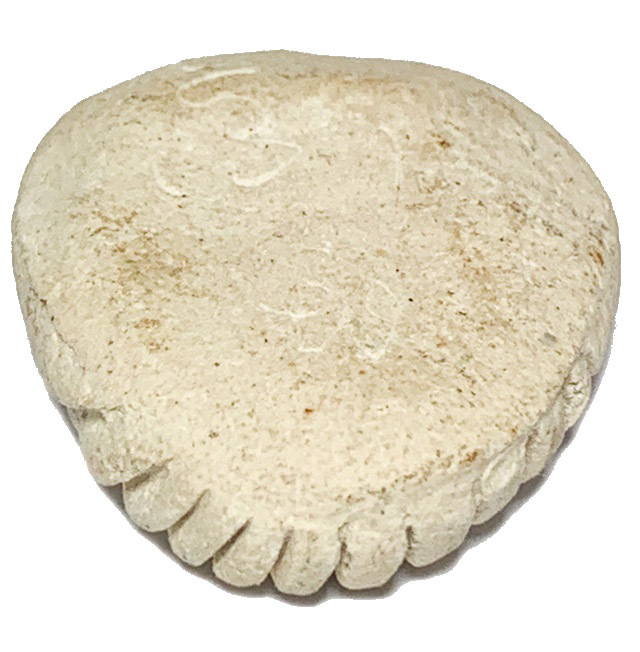 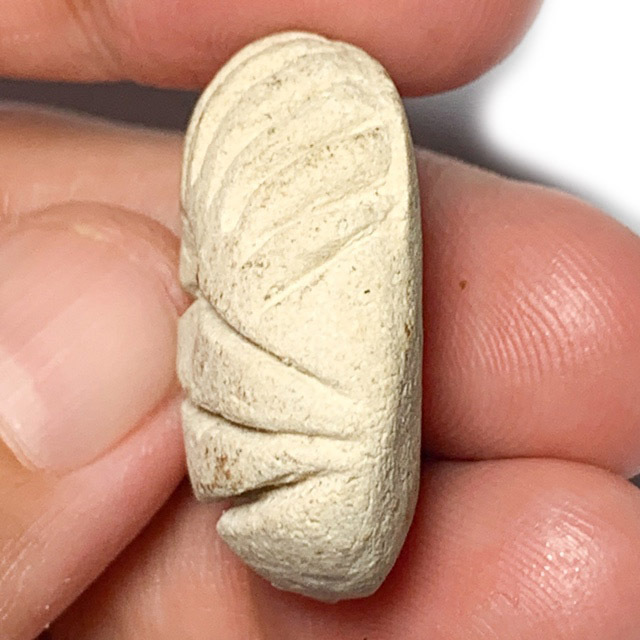 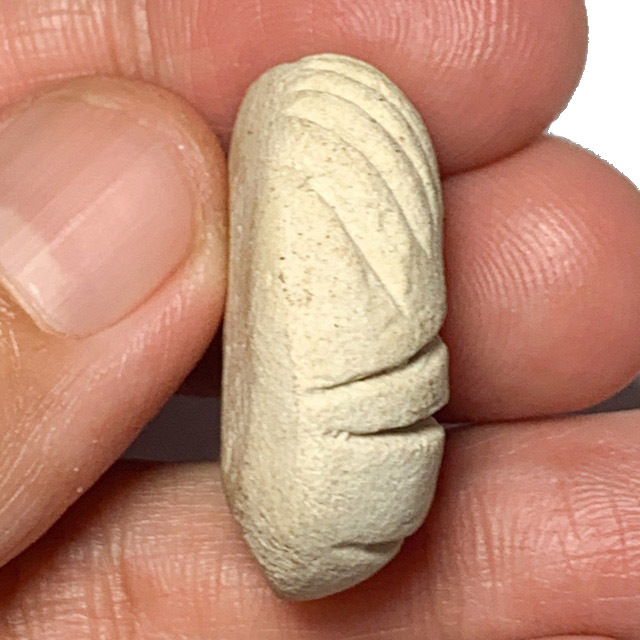 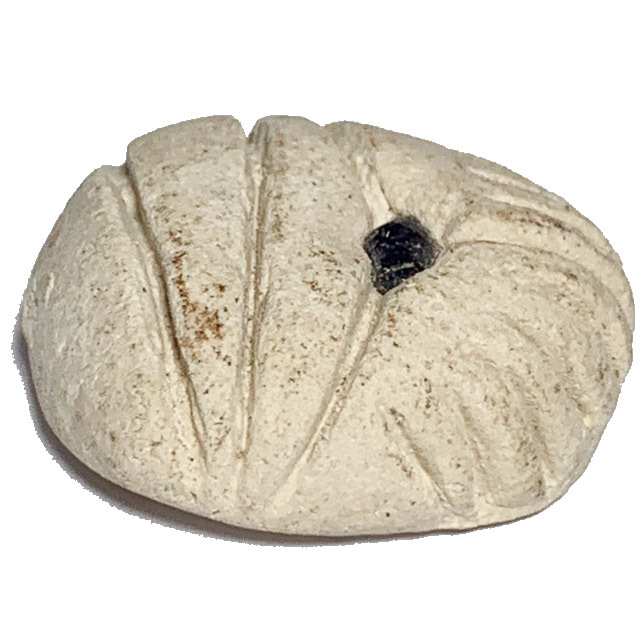 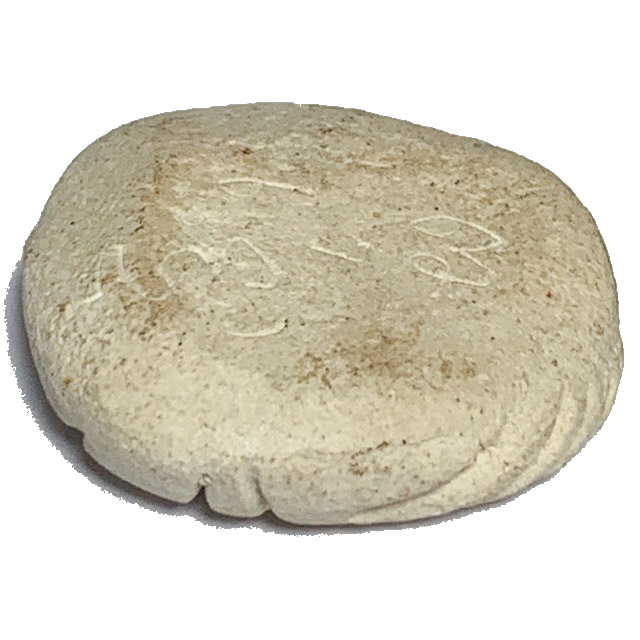 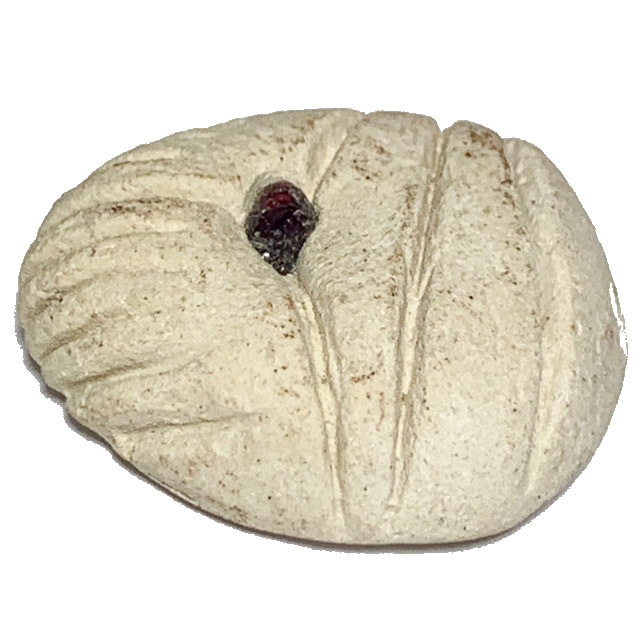