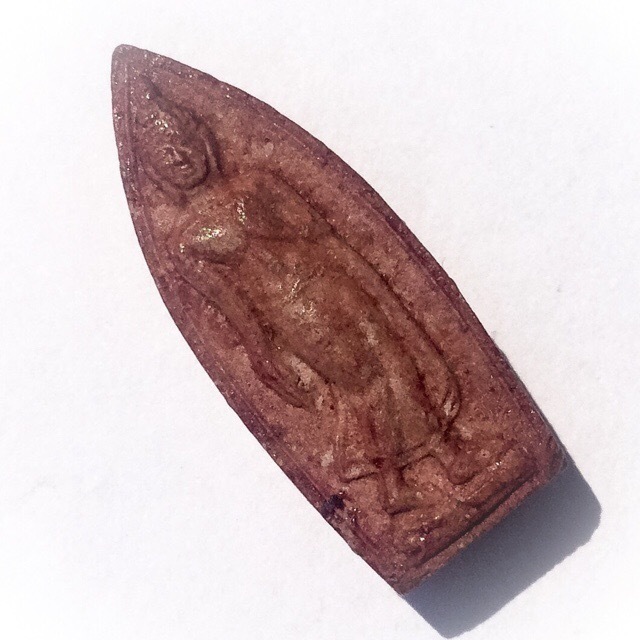 This classic is a 'Pim Lek' Miniature version, which was also made in Pim Yai large version, and was released in the year 2507 BE. This particular exhibit is an extremely well preserved and beautiful example, that is of the highest sacred Value for the Devotees of Luang Por Te, and of the Buddha. 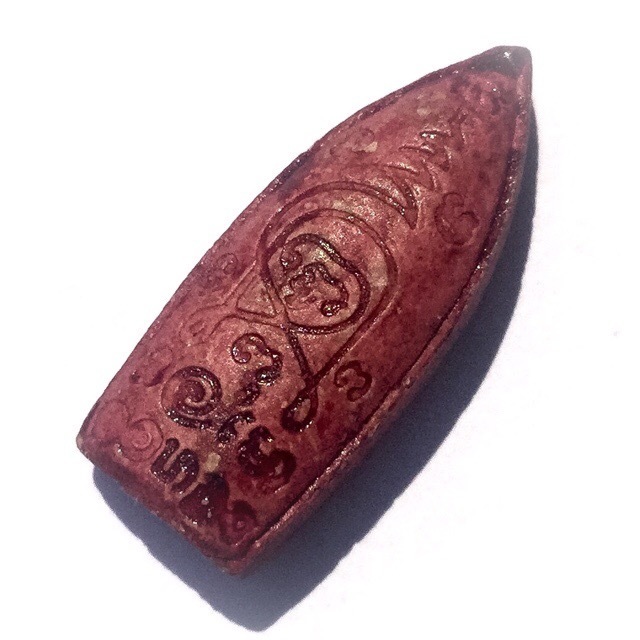 A sacred Yantra is inscribed on the rear face with astrological spells for Serm Duang Karma Improvement, Metta, and Maha Lap Wealthy Fortunes 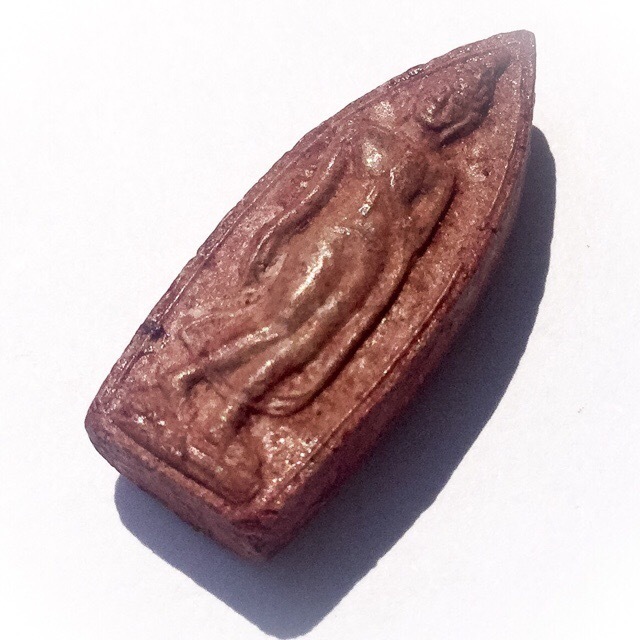 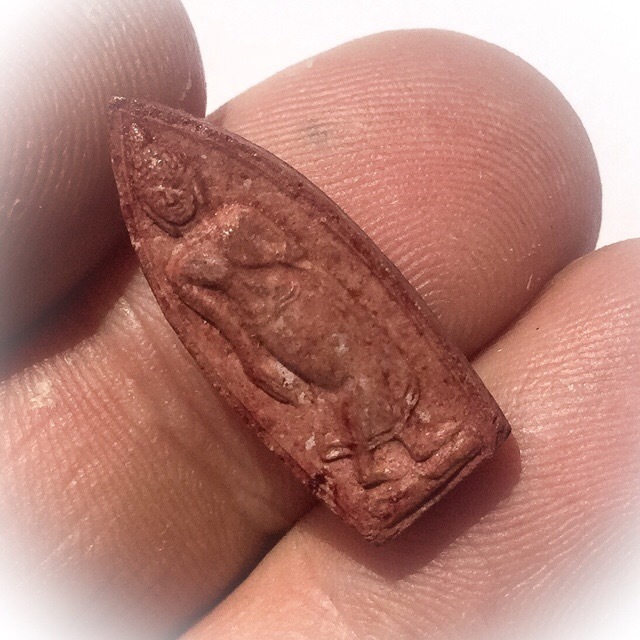 7 Salt Licks or Marshes, 7 cemeteries, crab earth balls, and other powerful pieces of the Earth goddess that have witnessed ir are inhabited by magical forces. On the rear face of all his amulets, his name is always embossed 'Luang Por Te'. 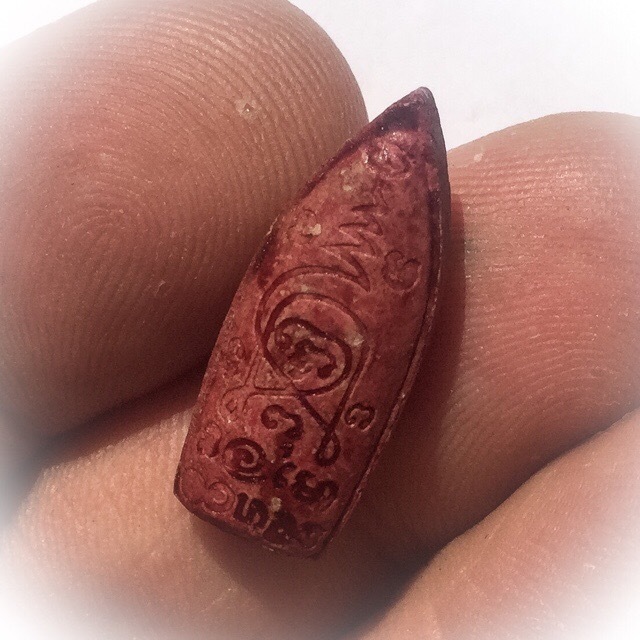 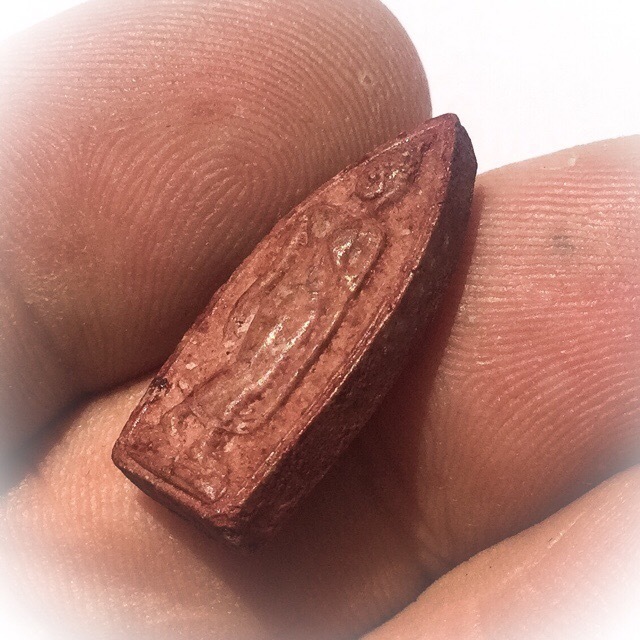 The Pra Lila walking Buddha amulets has its own pantheon in various regions of Thailand, including Kampaeng Paetch, Kampaeng Niw, Supan Buri and Sukhothai - the Pra Lila Thung Sethee is a particular type of this category of ancient amulet, which is officially known as the Pra Thung Sethee, and whose original model was a Pra kru amulet found in the Kru Thung Sethee archeological find in Kampaeng Paetch and has various modelsthe most famous being the Met Khanun (Jackfruit seed shape). 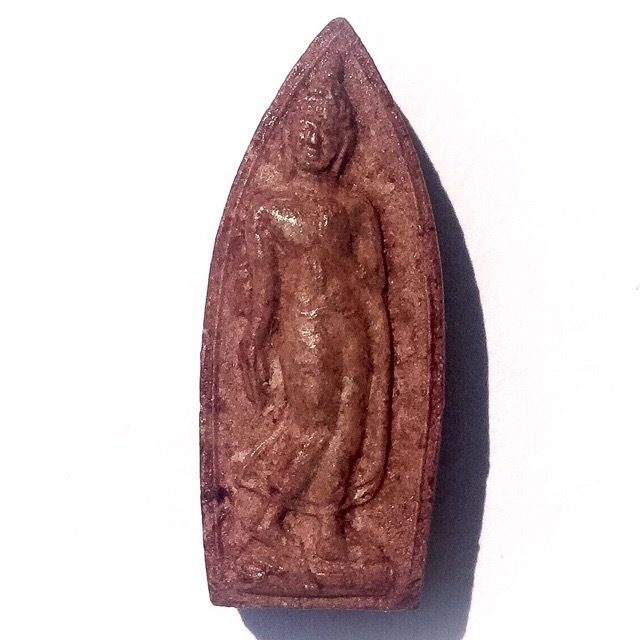 The Pra Lila Thung Sethee is a walking Buddha in the periodic style of the Sukhothai Era, and is indeed said to have been originally made by King Pra Maha Tamma Racha during that Periodic era.

It can easily be seen, that Luang Por Te has mixed his powerful See Pheung and Nam Man Prai Oils into the sacred Powders of these amulets, which makes them of course especially powerful, and lends a very attractive sheen to the surface texture in the aesthetic sense too. 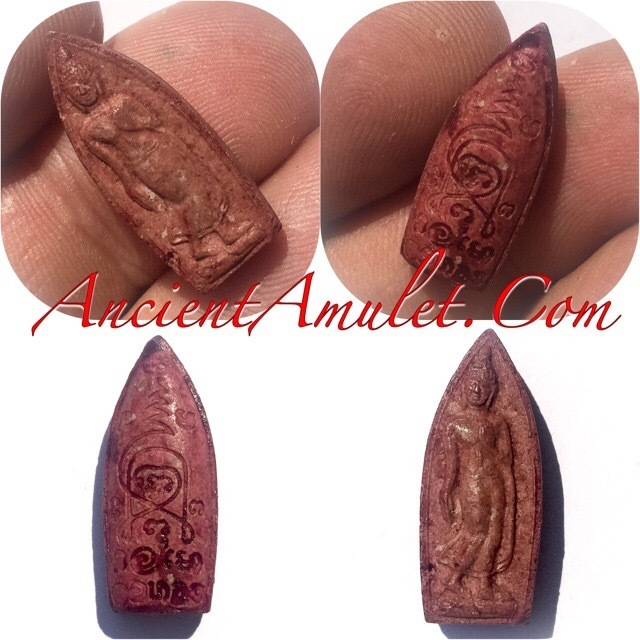