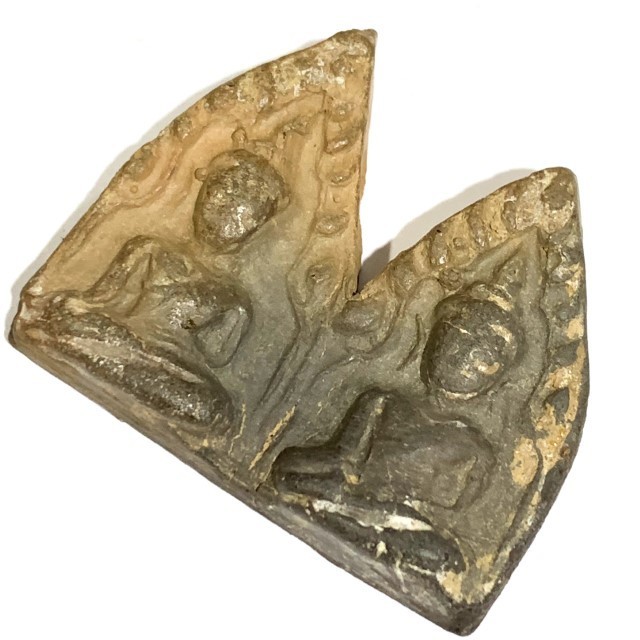 03790
$599
Out of stock
1
Product Details
Temple: Wat Ban Krang
Year of Issue: Around 1200-1300 BE - Found over a century ago
Maker of Amulet: Assumed to be Comissioned by King Naresuan Maharach
Weight: 50 Grams
Recommended Uses: Protection, Mercy Charm, Power of Attraction, Invincibility and Evasion of Dangers, Good Business
Number of Amulets Made: Around 10,000 amulets found most of which were broken.
Size of Amulet: 5 x 4 Cm
Material: Nuea Din Phao Baked Sacred Clay with Sacred Elements and Pratat relics
Additional Info: The Grandfather of all Khun Phaen Amulets, and the Origin of the Dtamra & the Wicha Pra Khun Phaen. 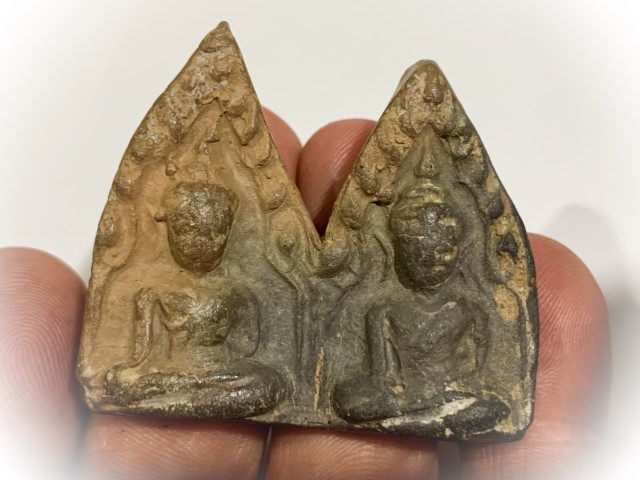 Naresuan is one of Thailand's most revered monarchs as he is known for his campaigns to free Ayutthaya from the vassalage of the Taungoo Empire. During his reign, numerous wars were fought against Taungoo Burma. Naresuan also welcomed the Dutch 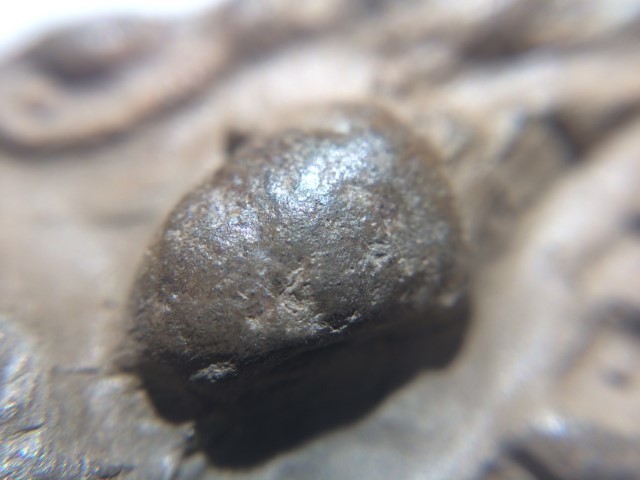 Free EMS Express Airmail registered Shipping Worldwide is included with this amulet.. This is a very pristinely well kept exhibit of the Pim Plai Koo double Image version, and has 2-tone colors to the baked sacred earthen clay, which reveals it having come from the final period of the furnace baking ceremony (when the ovens begin to cool, the clay turns greenish black instead of red, causing some batches to have different color tones). 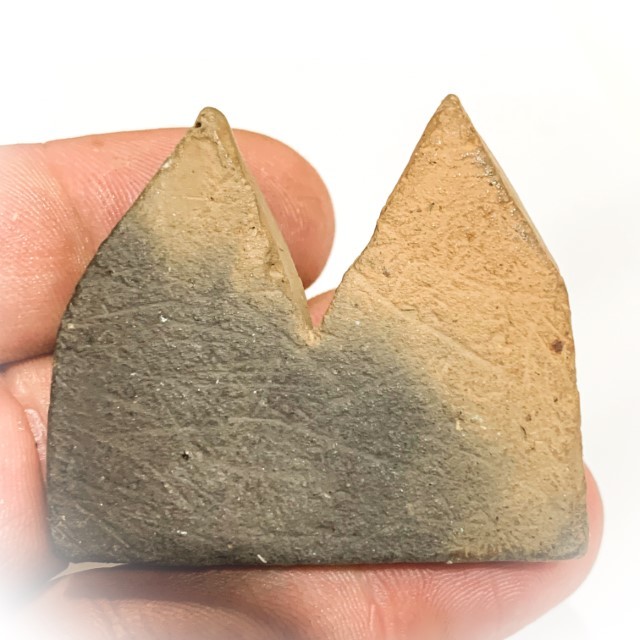 The Khun Phaen Kru Ban Krang Ancient Amulet find of Wat Ban Krang in Supanburi, is one of the most ancient amulet finds in the history of the Supannburi Province, which after its discovery became the symbolic and most eminent amulet of Supannburi. 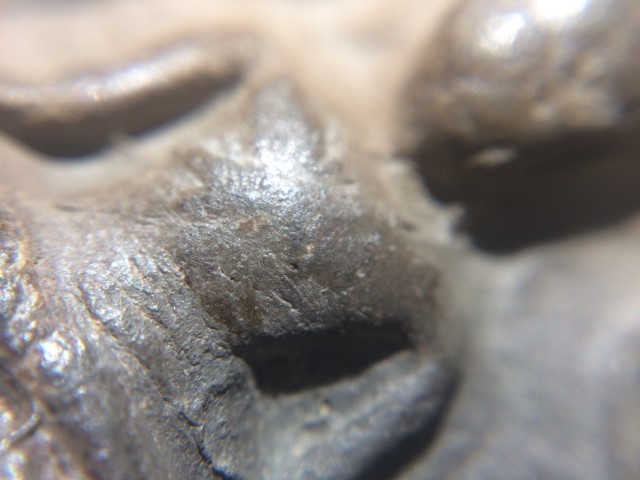 The Pra Khun Phaen Ban Krang Amulet is almost certainly is the amulet which gave rise to the name of one of the most famous kinds of amulet of all time, preferred since then to this very day, namely the Pra Khun Phaen amulet.

The amulets are designed in the form of Buddha Images seated within crystalline arches, buy through historical and cultural influence have come to be known as 'Pra Khun Phaen'.

It is assumed that the Pra Kru Wat Ban Krang amulets were created during the time of King Somdej Pra Naresuan Maharach, as he came to Supannburi to defeat and banish the Burmese Invaders, and commissioned the making of amulets for distribution to the soldiers, to protect them in battle against the Burmese Invaders. 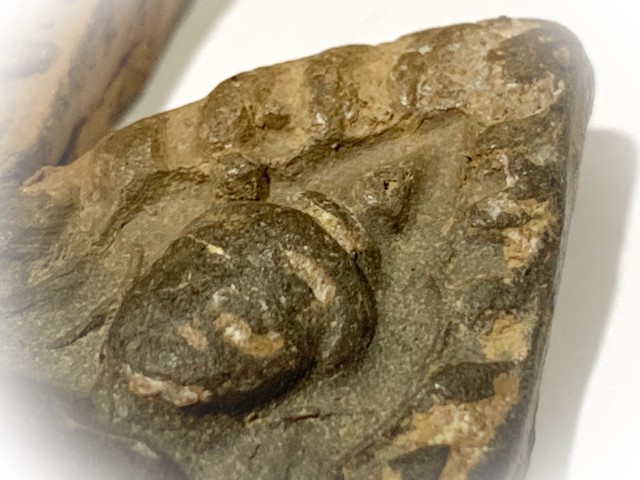 In those days, there was the belief that 'Pra Dtawng Yoo tee Wat' (Buddhas, Monks and Amulets belong in the temple), once the wars were over, the soldiers did not keep the amulets, rather, returned them to Wat ban Krang, and built a Chedi Stupa to place them within.

Wat Ban Krang is an ancient temple which was built during the times when Siam was ruyled by the Ayuttaya Era Kingdom, and is situated in Tambon Sri Prajant to the west of the Supannburi River (also kown as the Ta Jeen river). 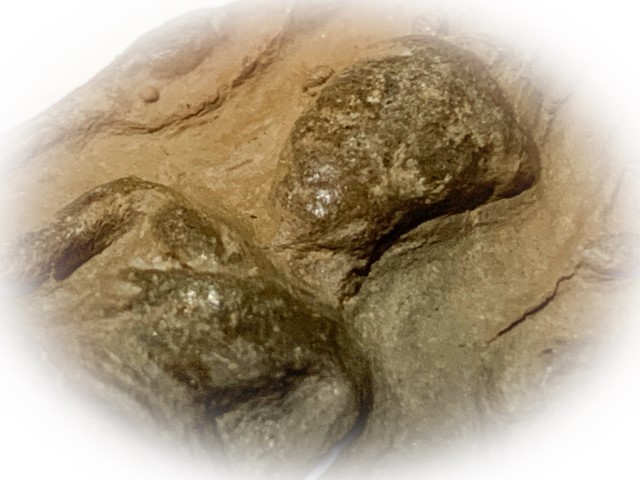 This assumption is more or less officially believed because one of the Pra Kru Ban krang amulet models (Pim), has an identical Pim which is found at Wat Chai Mongkol (the temple of Ajarn Kong, Kroo Ba Ajarn to Khun Phaen in the Khun Chang Khun Phaen story), namely the 'Pra Khun Phaen Klueab' lacqer glazed amulet. They are identical in design factors, but differ in the admixture of Muan Sarn Powders, with the Wat Ban Krang models possessing less finesse of detail, for they were made earlier and with more time pressure to finish them during the time of war, in order to dfistribute them quickly. 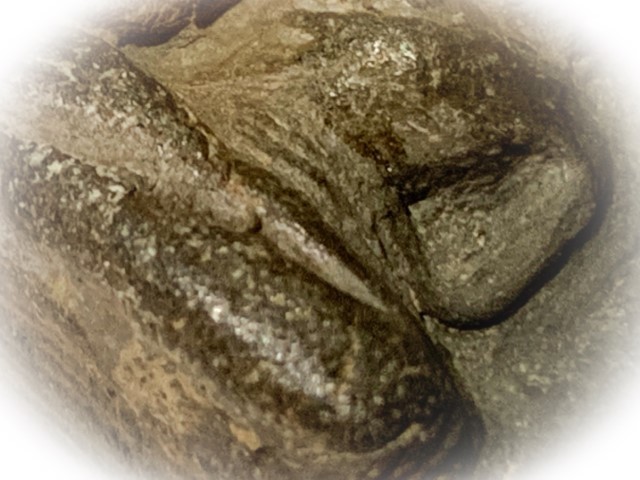 The Pra Khun Phaen Kru Ban Krang amulets are confirmed to have been certainly made before the ones discovered in burial at Wat Chai Mongkol. When the Kru Ban Krang amulet find was discovered, they were found in great numbers of more than 10,000 amulets, but most were broken or damaged in one way or another. All models were made from the same Muan Sarn Admixture, namely 'Nuea Din' Sacred Baked Earths. Examination of the Muan Sarn revealed the amulets to possess grains of sand and earths of differing types, with small stony pieces of gravelly looking Sacred Elements and porous holes. 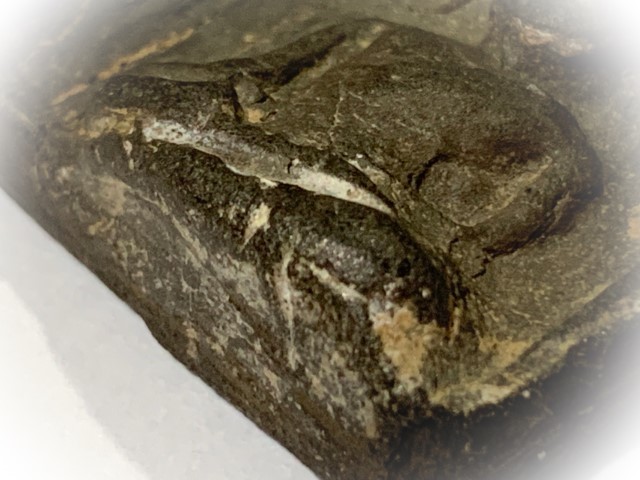 The amulets are famously revered for possessing Kong Grapan Chadtri and Klaew Klaad Invincibility and Evasion Magic for survival of all dangers and victory over all enemies. After the find, locals began to wear the amulets, and found that there was an additional Magical effect of Maha Sanaeh Metta Maha Niyom Kaa Khaay. 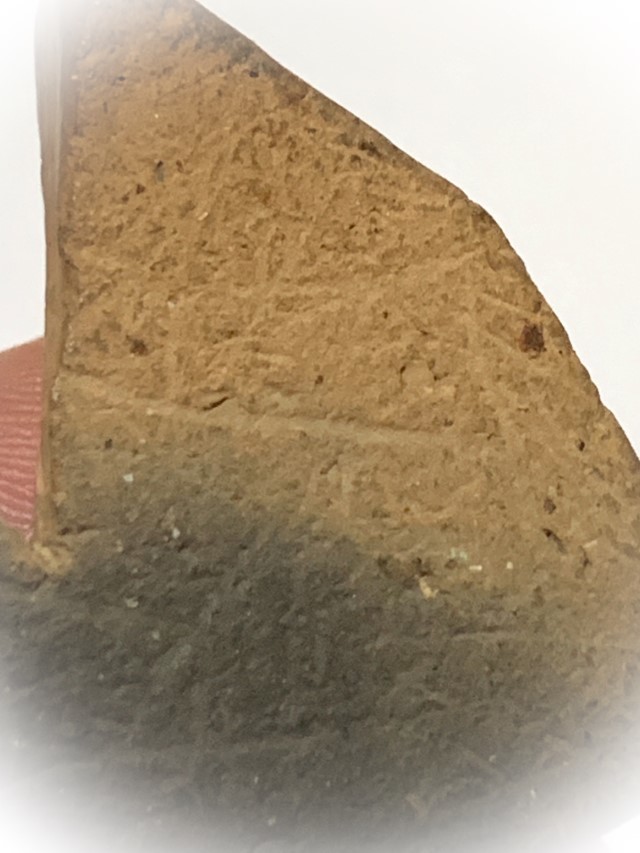 The belief arose in the increased power of attraction, good business, and Mercy Charm, endowing the wearer with the seductive charming and lucky abilities and invincibility qualities which are allocated to Khun Phaen in the Khun Chang Khun Phaen story, and the Magic of Khun Phaen's Mastery of Wicha Kumarn Tong. 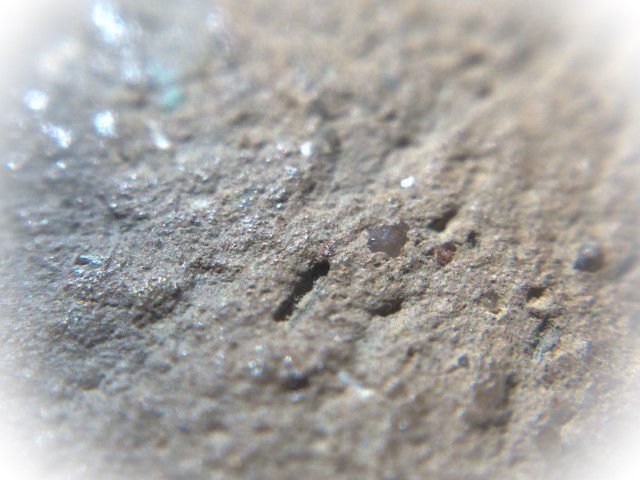 This was the reason for the Pra Khun Phaen Amulet in general to become known as a Maha Sanaeh Metta Maha Niyom imbued amulet with power of attraction, and mercy charm. 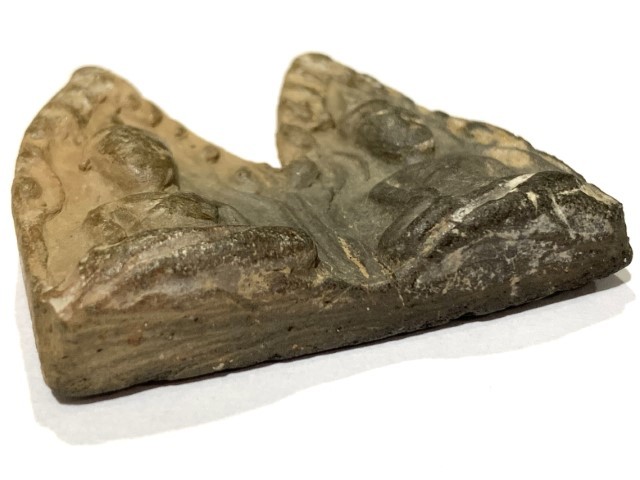 Various Pim were found, some in very small numbers and were not well documented due to their small numbers, whereas the group of models which were found in higher numbers were documented and are the ones we have known for decades from the pictures that grace the pages of top amulet encyclopedic works and magazines. The major accepted Pim (models) of the original documentary works and studies were; 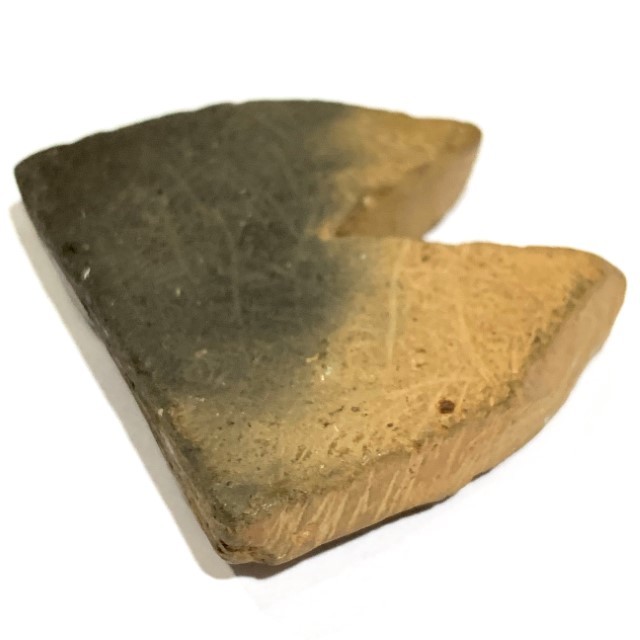 Pim Song Pol Yai, with a Buddha seated in Meditation and both hands resting pointing downwards in the center of the lap. Pim Song Pol Lek, smaller version with a seated Buddha in Meditation with hands laid flat on the lap. The Pra Khun Phaen Pim Ha Liam Song Pol Yai is a five sided amulet with the Buddha sat within the 'Sum Ruean Gaew' crystal arch. The image is defined with large chest, and one hand rested on lap, with right hand touching the earth in the Mara Vichaya Posture of Subduing Maras. 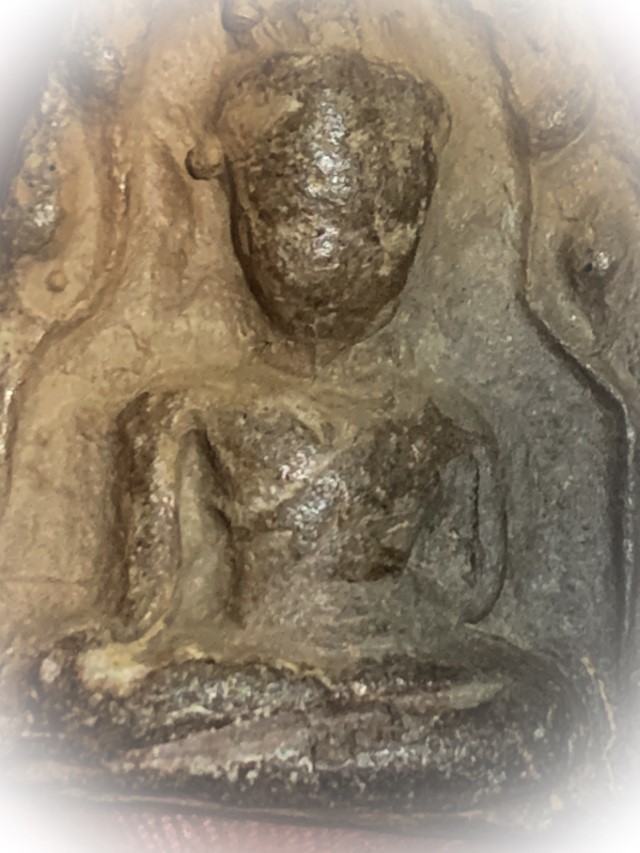 Pim Ha Liam Ok Lek five sided with small chest, and one hand rested on lap, with right hand touching the earth in the Mara Vichaya Posture of Subduing Maras. 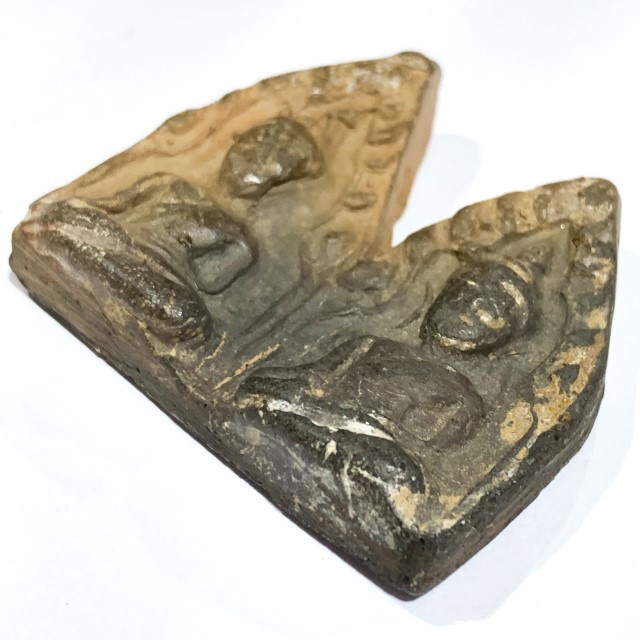 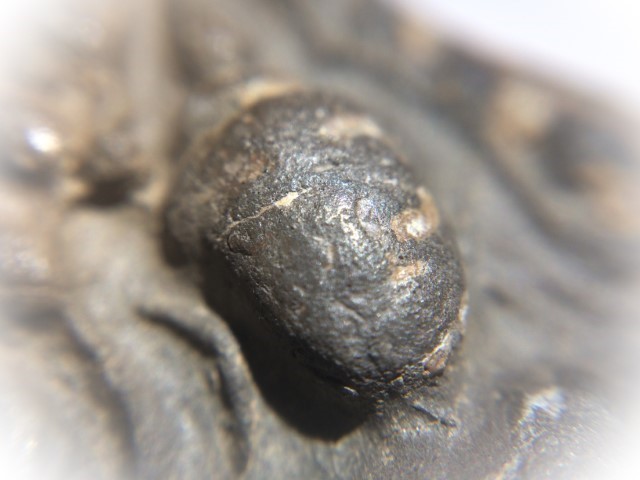 The Pra Khun Phaen Ban Krang is perhaps the most famous of all Khun Phaen amulets, and is of course the first ever amulet to have received the name of 'Pra Khun Phaen' and is hence the great grandfather and original cause of the creation of all other amulets of the Dtamra Pra Khun Phaen since their discovery. 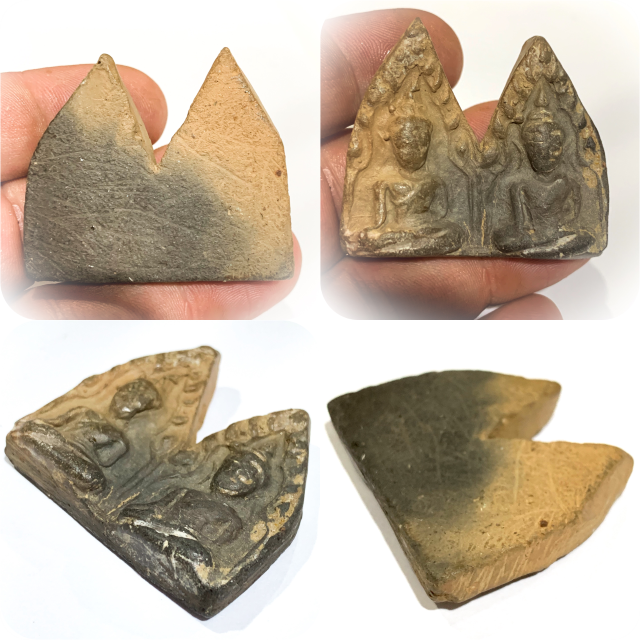