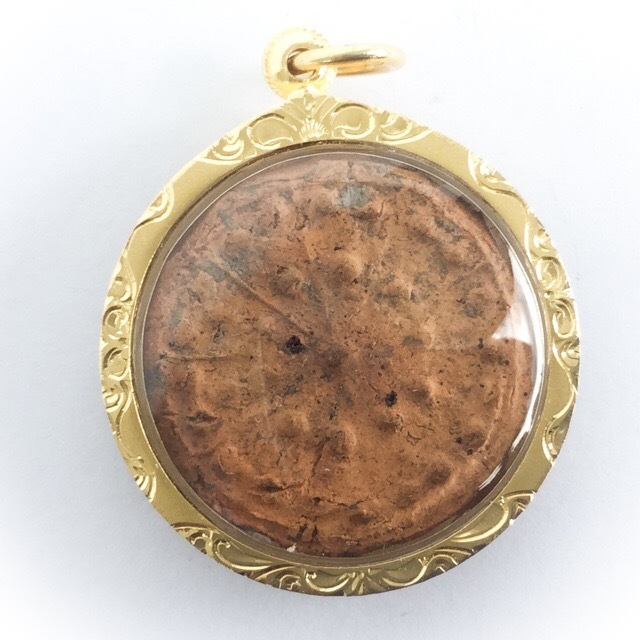 This Ngop Nam Oy Buddha Yantra was released around 2470 BE, making it almost a Century old. Made from Nuea Din Phao (baked clay), composed of the very same formula as used by Luang Por Parn of Wat Bang Nom Kho for his Famous Amulets. This amulet is already encased in Luxurious Solid Gold Waterproof Custom Casing included in the price. 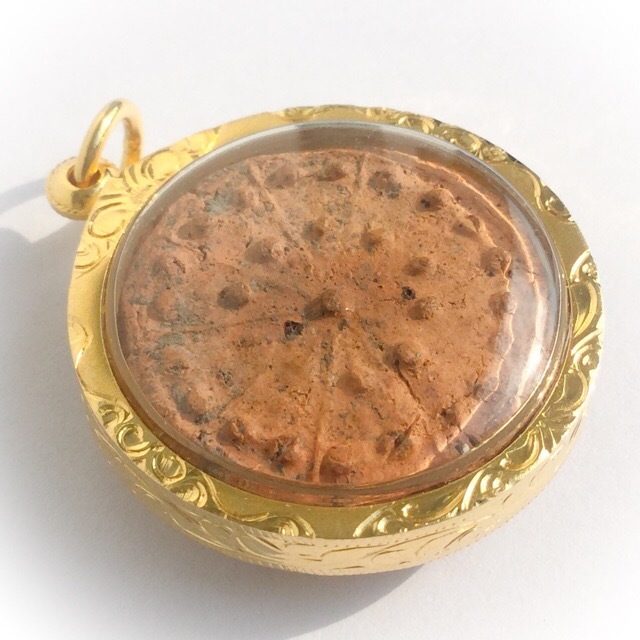 Both sides feature a ring of outward pointing Buddhas, facing in all directions of the Universe, forming a Crystal Wall of Mercy and Protection around You. The Ngop Nam Oy amulet is purely Buddhist and void of Black Magick. In fact, this amulets is a very powerful Anti Black Magick amulet, as well as possessing immense Serm Duang Power to improve the Line of Fate, and Kong Grapan Chadtri / Klaew Klaad Protective Power. 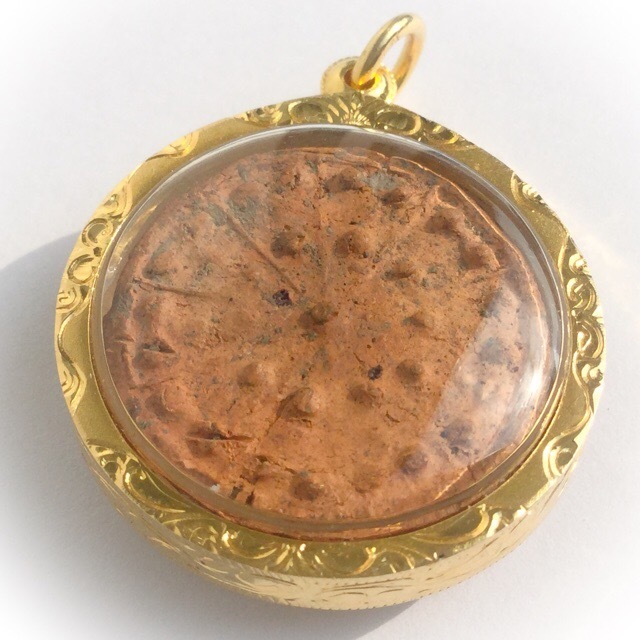 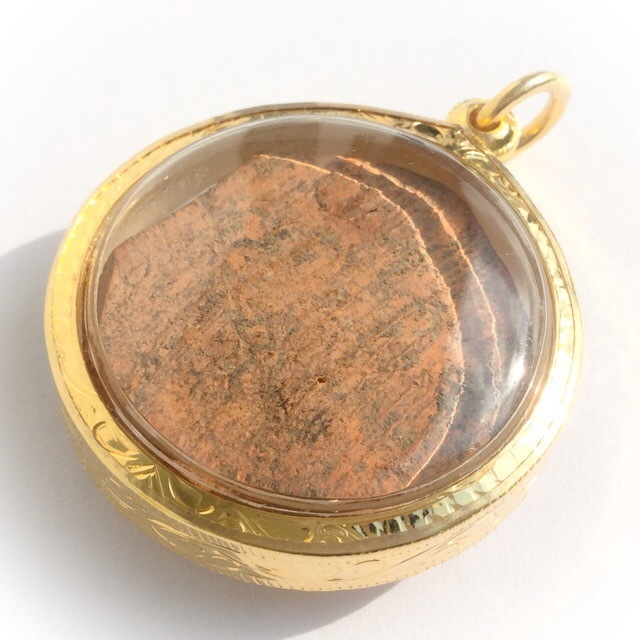 When any of these Masters would make amulets, the other two friends would always be present to help perform the Puttapisek Empowerment ceremony at each of the three temples. The rest of course, is History and common knowledge in Thailand. All three of these Masters are of the most revered Masters for amulets in Thai Amulet history, especially Luang Por Parn with his Bang Nom Kho amulets (Pra Putta Jao Pratap Sathw - Buddha image riding on animal figures) 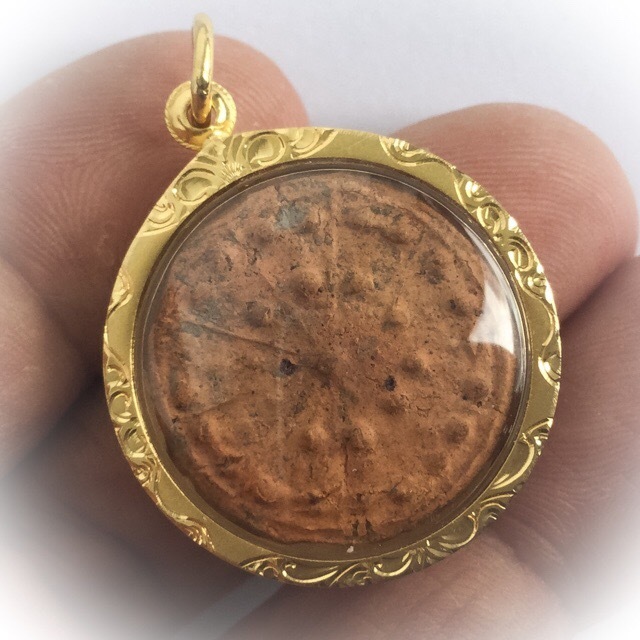 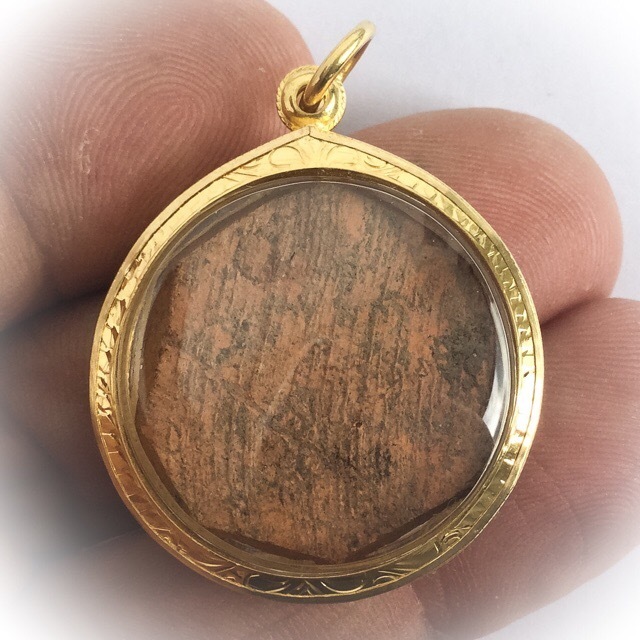 This is a popular amulet to rent not only for its Sacred Power and its Immense Raritym and Unusualness, but is also an 'Ongk Kroo' reference class amulet for the purpose of study, because it was made in the same way, from same substance same blessings and same method of Gru as the classic Wat Bang Nom Kho amulets 'Buddha Riding Animals' themself. As to sacredness, this Amulet is an Ancient Classic of the early 20th Century, and goes without questioning, and it can be concluded easily that this amulet is a perfect and much cheaper alternative to a Wat Bang Nom Kho amulet from Luang Por Parn. 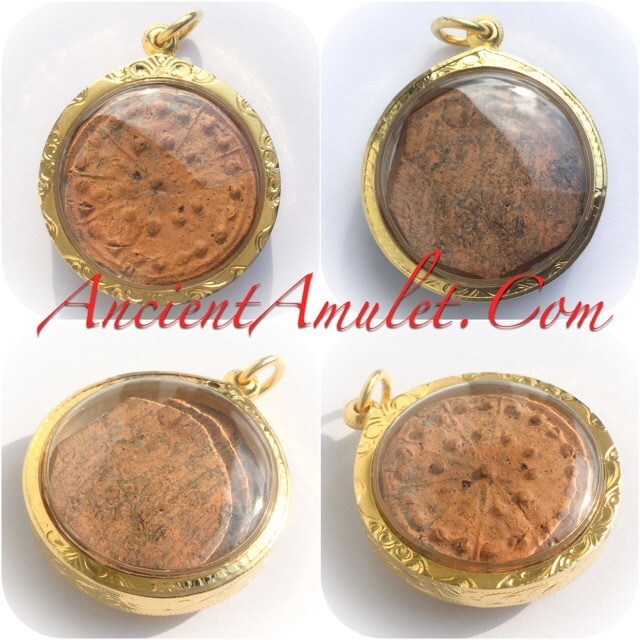