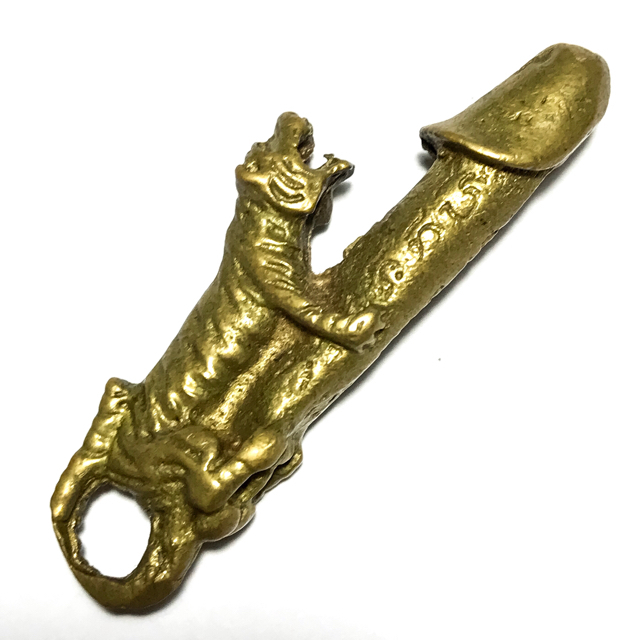 Luang Por Kong was famous for Palad Khik and Tiger amulets, and other Animist Charms of this variety. This can be considered a rare opportunity to obtain such an inimitable occult charm from this Great master of Yesteryear. 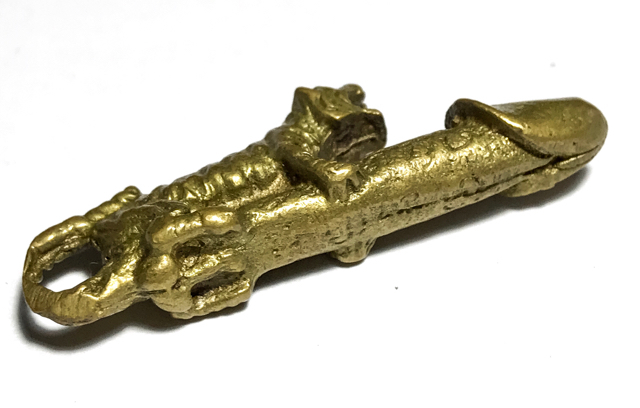 Luang Por Kong of Wat Wang Sapparot was an Internationally revered and highly proficient sorcerer monk whose amulets have graced the annals of Officially documented Masterpiece encyclopedias and magazines, and have since many years become legendary classics. The Wicha Paya Suea Maha Amnaj is an ancient Wicha that was used by warriors, and by those in high positions of command and office, to instill respect and admiration, fearfulness and obedience in the hearts of those who approach. The Maha Amnaj Dominion Magic is complimented by the Immense Maha Sanaeh power of the Palad Khik Lingam Phallic, and imbues Virility and sensual Attraction power to the wearer. 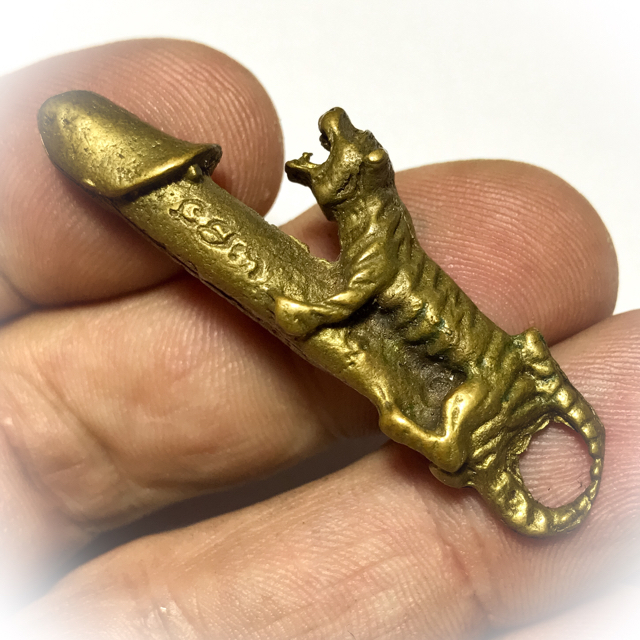 His tiger amulets are seen in many forms, ranging from Palad Khik tigers, to tigers carved in various natural matertials such as horn, tooth, ivory, wood, and even smelted into metallic statuettes. His Monk coins, and Sacred Powder amulets, Takrut and Palad Khik have graced the pages and covers of Top Thai Buddhist Amulet magazines for decades. Luang Por Kong began to become both Nationally and Internationally famous during the 2nd World War, as he began to make Yant Shirts and Yantra Flags, and his now famous Palad Khik amulets. 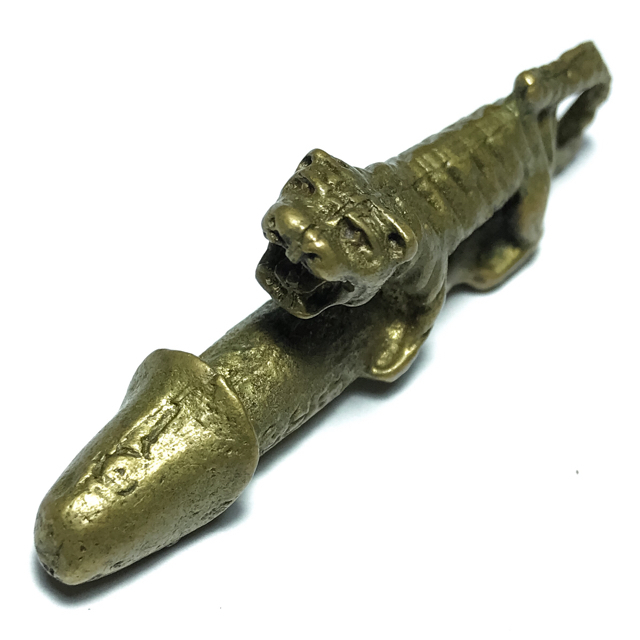 He would issue them continuously as he made them. Many high ranking members of the police force, and military force, as well as members of the Royal Court have been said to have worn his amulets, and experienced their miraculous powers. Indeed there are many officially recorded tales of such events. His amulets are famed for his immense power of Maha Lap, Kaa Khaay, Metta Maha Saneh and Klaew Klaad Kong Grapan Chadtri Power. 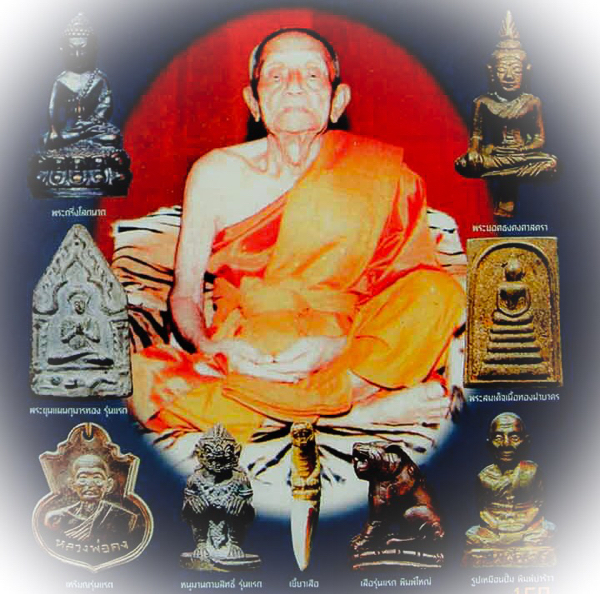 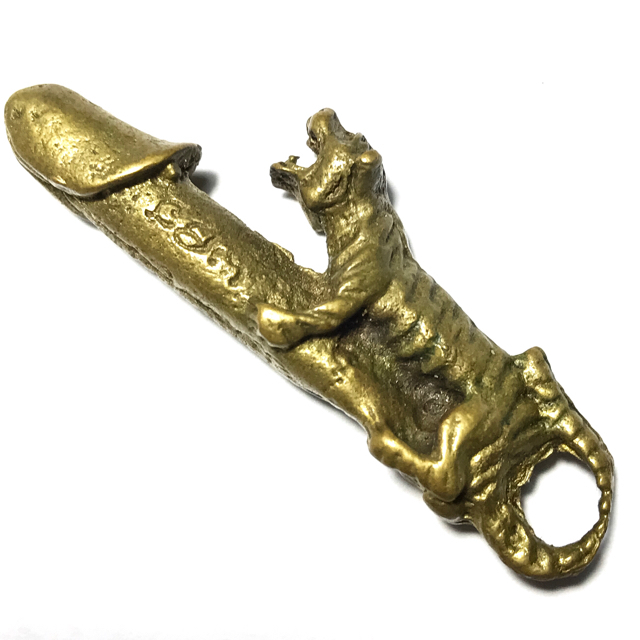 His Patipata (Purity and Diligence of Practice as a Buddhist Monk) were Legendary. His great generosity was unequaled and he would never refuse anybody his help. He was famed for always taking in and helping people who were ill and suffered sicknesses, and to offer them his full assistance. 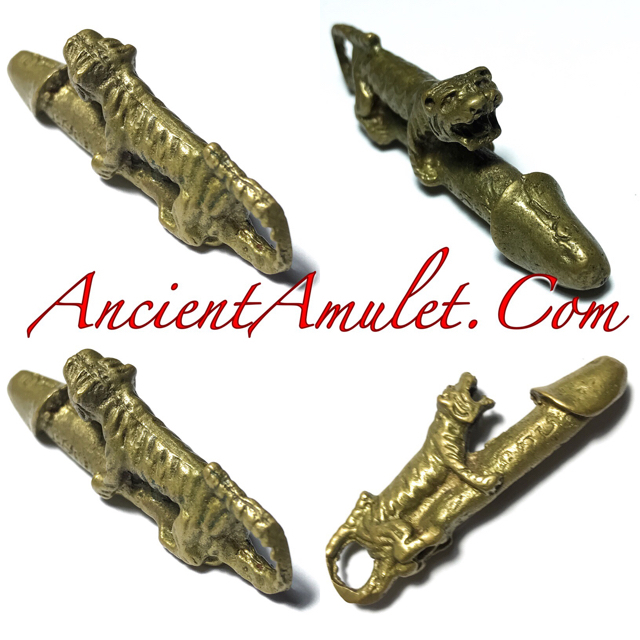