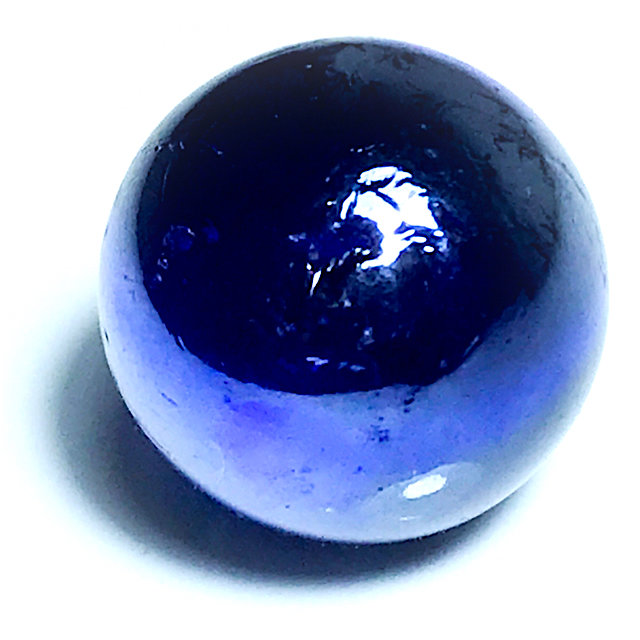 Look Gaew Sarapat Neuk Magic Wishing Crystal Ball from the Great Miracle Monk Luang Por Opasi of Asrom Bang Mot (2441 - 2498 BE). This wishing crystal is a Look Lek, measuring 1 Cm diameter and is in deep royal blue colour, with a very attractive lustre. The Look Gaew Sarapat Neuk is a Legendary Amulet of the Pantheon of the Great Miracle Monk Luang Por Opasi, and is a highly preferred Wicha since centuries in Siam, for its all round wish fulfilling powers. One of the most popular and highly reputed wish fulfilment amulets of all time, wishing crystals are spoken of in all the ancient cultures of the world, and are likely one of the most ancient forms of magical amulets. 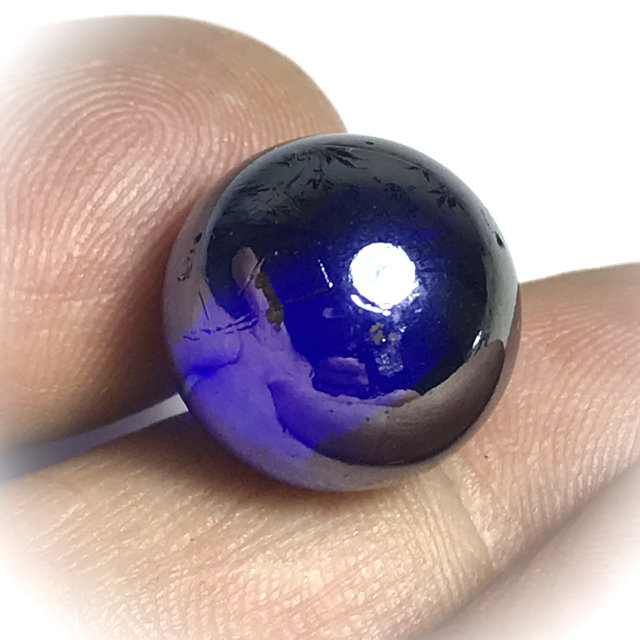 Luang Por Opasi is one of the Great Arya Sangha of Thai Buddhist History, and has Miraculous Legends about him, which are indeed completely unexplainable except by belief in Miracles. This particular exhibit is deep royal blue in color, and in excellently kept condition, which is a very rare find, because most exhibits will show quite a lot of wear and tear. This item comes with the offer of a free brass-gold micron plated casing if you wish to choose this as a free encasement option. Please select encasement options before checkout. 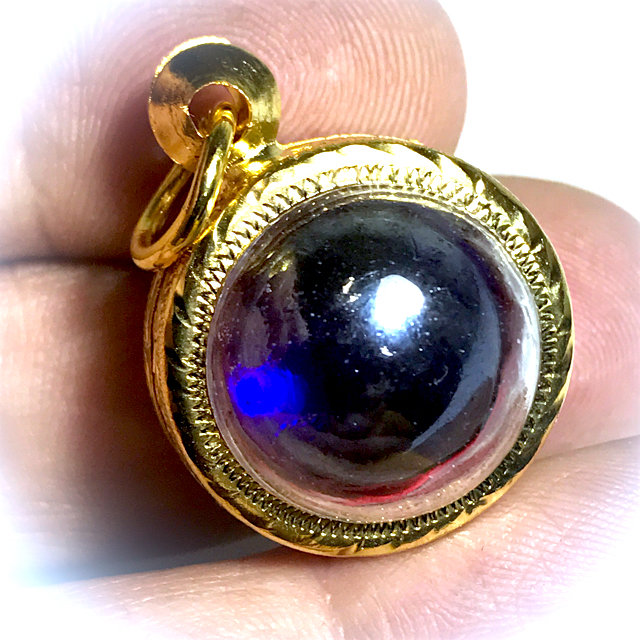 Luang Por Opasi was born in 2441 BE, in Nakorn Sri Tammarat, but was taken and placed in charge of the Sangkaracha at the Royal Temple of Wat Bowornives in Bangkok, where he remained studying and was finally ordained as a full Bhikkhu, in 2461 BE at the age of 20. 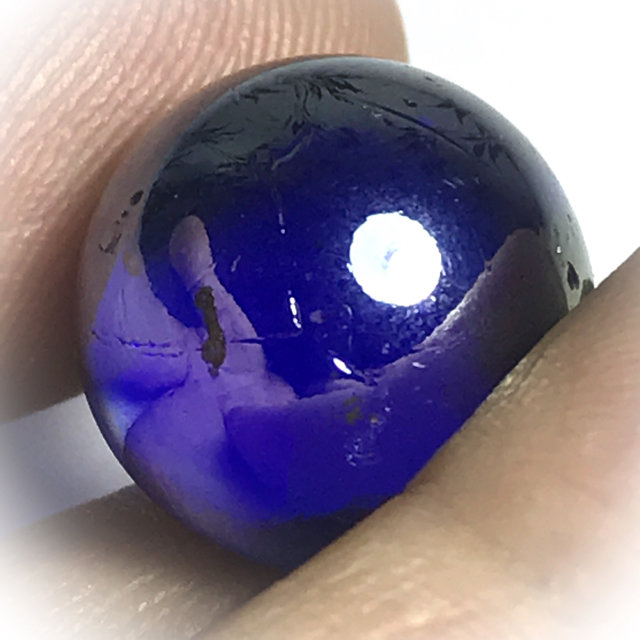 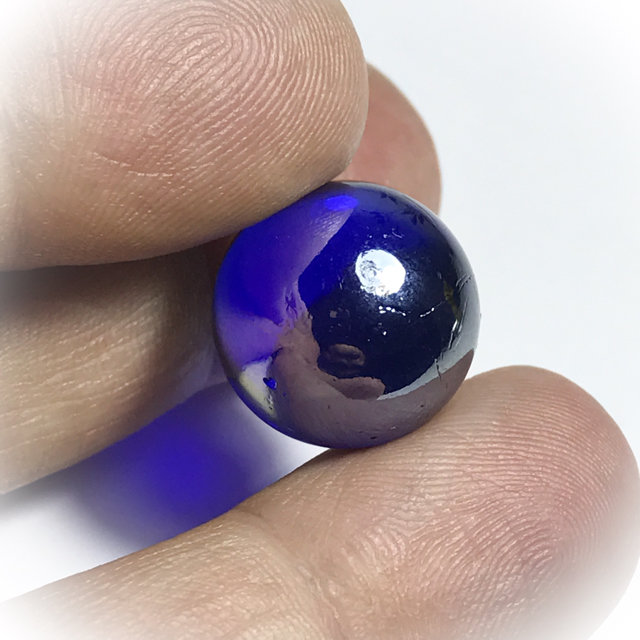 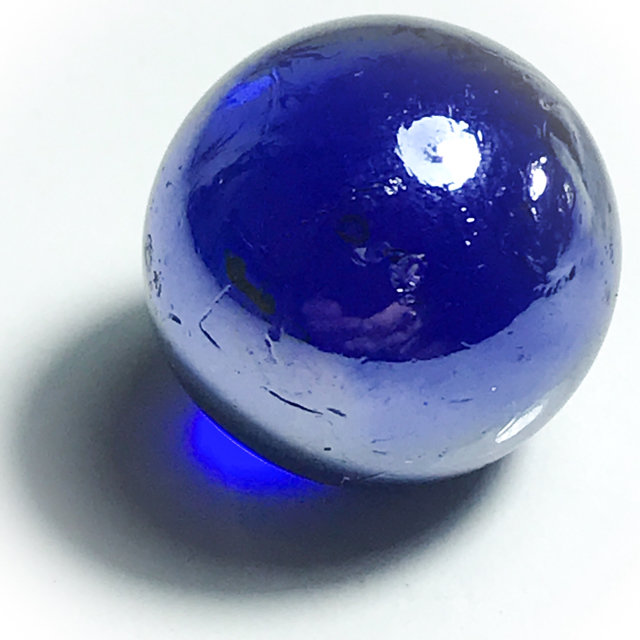 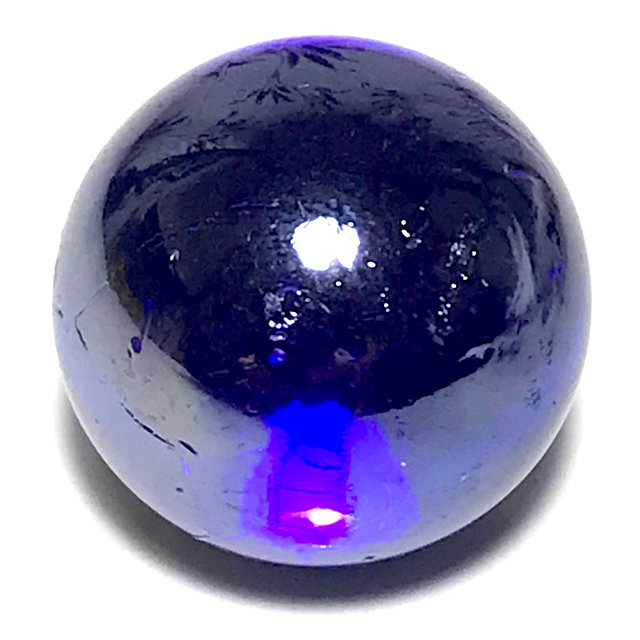 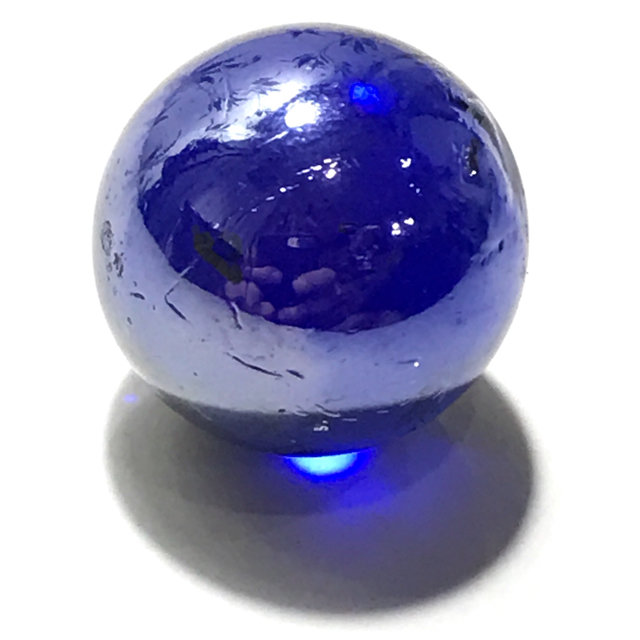 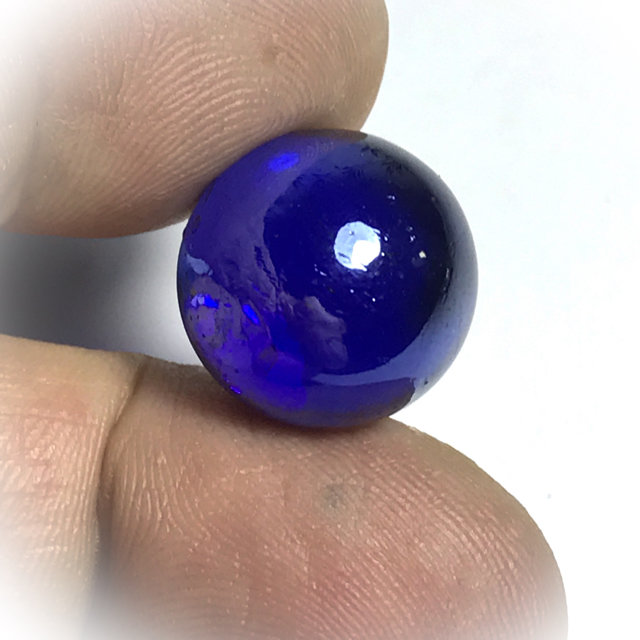 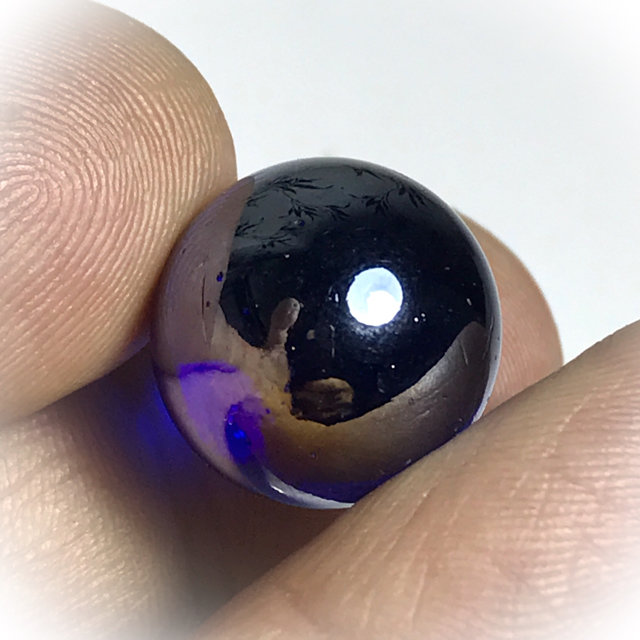 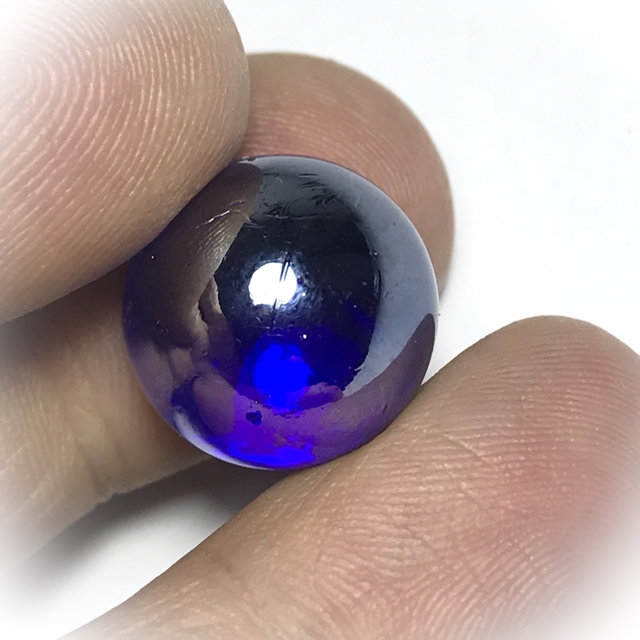 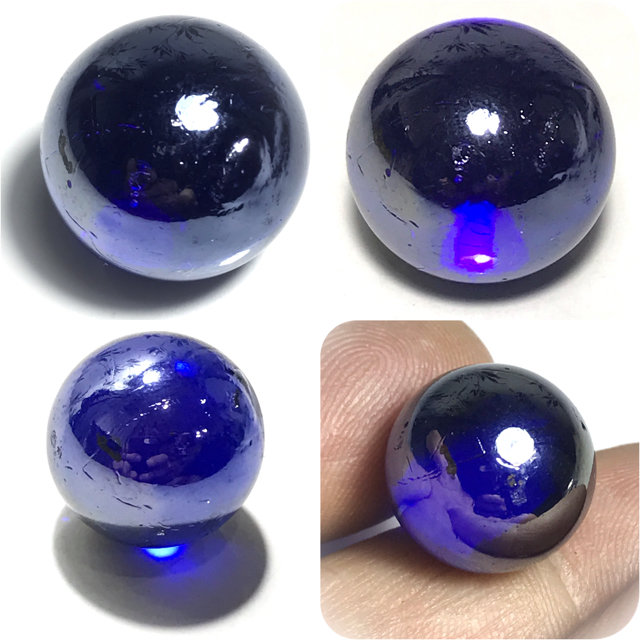