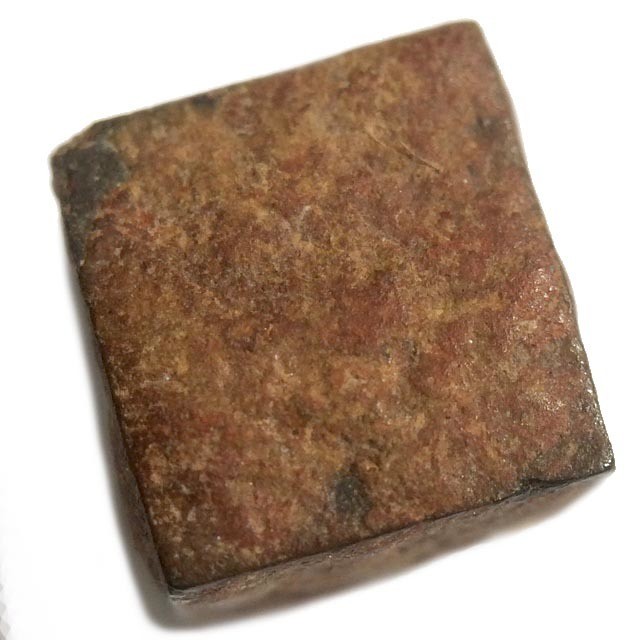 Khaw Dtok Pra Ruang, is used to protect against illness and heal existing ailments, and to attract prosperity. As a Kaya Siddhi substance with healing powers, it is useful for channeling healing energy (such as Reiki Healing and Prana Healing).

Free registered airmail shipping worldwide is included. 'Khaw Dtok' means 'puffed rice', and 'Pra Ruang' means 'Vairocana Buddha', hence, the meaning of 'Khaw Dtok Pra Ruang' is 'Vairocana's Puffed Rice', which is the popular name for this substance. Vairocana is a celestial buddha who is often interpreted, in texts like the Flower Garland Sutra, as the Dharma Body.

Khaw Dtok Pra Ruang, appears as small pieces of stony-metallic type elemental substance, which has cube, or dice shaped formations. Areas of the surface may be black, golden or even have a burned rusty colour to them. There are many different kinds of Khaw Dtok Pra Ruang, many of which are carried as a natural Magical Elemental Substance to induce prosperity. Also, ancient folk would grind the Khaw Dtok Pra Ruang into powder and use to make an ointment to smear on poisonous insect and animal bites, to heal the wounds. Ancient Folk also liked to put Khaw Dtok Pra Ruang into a pot of See Pheung Potion, to imbuie it with increased Metta Maha Niyom Maha Pokasap power. 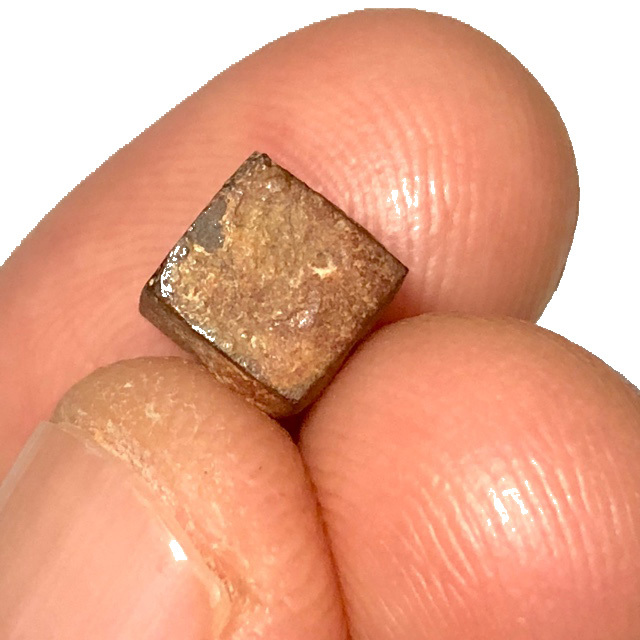 Khaw Dtok Pra Ruang is hence highly favoured for Prosperity Increase and Prevention and Healing of Ailments. The substance is considered to be a 'Tat Kayasit' Kaya Siddhi element, with a Ruesi hermit God spirit inhabiting it, similar to the beliefs about Lek Lai, which is also a Kaya Siddhi Adamantine Substance of legendary repute.

What is Khaw Dtok Pra Ruang according to Geology and Minerology?

Khaw Dtok Pra Ruang is actually a form of Pyrite, or Disulfide of Iron. Even in western Elemental Magical tradition, Khaw Dtok pra Riuang (Pyrite) helps one to communicate more openly and honestly, providing both emotional and physical protection. If you are indecisive, or unsure about something, carry a pyrite with you as a touchstone to help boost your self confidence. The reflective qualities of the stone make it a wonderful meditation or divination tool.

It increases physical stamina, stimulates the intellect, and helps to transform thought into intelligent action. It is a wonderful stone for use in wealth magic or assisting in manifestation of needed energies. An excellent shield-stone, pyrite removes negativity from the aura to help one concentrate. The difference with the Khaw Dtok used in Thai Sorcery, is that the elements are not only empowered with their naturally imbued powers, but also blessed with the Ritual Chanting and Psychic Empowerment of Buddhist Monks and the Mae Chee Bun Ruean, which makes the Elemental Substance into a Sacred Amulet.

It is a Universally known fact, that the amulets and Sacred Kaya Siddhi Elements of the Buddhist Nun Kun Mae Chee Bun Ruean, are amongs the most highly revered Buddhist Amulets in Thailand, and are as rare as they are sacred.

She bestowed permission to Pra Ajarn Sanguan Kosago, the Abbot of Wat Awut Wikasitaram, who had already collaborated in the making of the Pra Putto Noi Amulets which were previously distributed during the Tord Pha Pha robe donation ceremony. Ma Chee Bun ruean also made extra batches to donate to the Monks at Wat Sampant Wongs, for them to give to their devotees who came to make merits. Apart from the Pra Putto Noi amulet, Kun Mae Chee Bun Ruean made various other amulets which are also in extremely high regard for their Sacredness, such as the Pra Chaiyawat Putto Brass Votive Tablet of 2499 BE, and the Rian Pra Putto Jom Muni coin of the Pra Putto Yai Statue Installation Ceremony of 2499 BE.

Mae Chee Bun Ruean empowered the Thung Khiaw Hniaw Sap treasure attractor purses at the temple of the Buddha Footprint at Wat Pra Puttabat, in Sra Buri, where they were blessed in a large Buddha Abhiseka ceremony and released in early 2488 BE. Some pursae actually had something inside of them, and others didn't. The purses are reputed for their Maha Pokasap power to increase wealth and professional success, but have also gained a reputation for powerful healing and protection powers too.