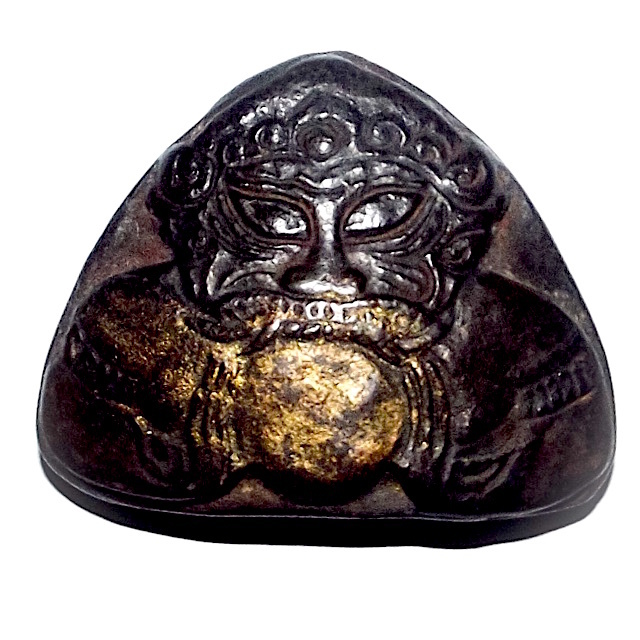 The Pra Rahu of Kroo Ba Nanta is a very rare thing to come by, and is highly revered by Business Owners and those who are in High Administrative Positions, as well as those who seek to turn their fate around.

It is not known when Kroo ba Nanta began making Rahu Amulets, except that old people who lived during his time, say that he had made them as long as they could remember. 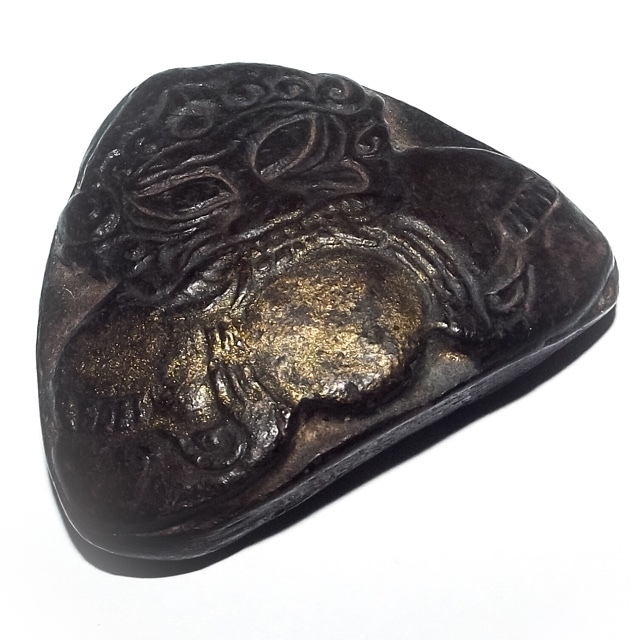 The earliest actual evidence of his making the Rahu amulets was found inscribed on a Kala ta Diaw Rahu Image from Kroo ba Nanta with the year 2456 BE, which is considered to be one of his earlier one eyed coconut shell carvings. 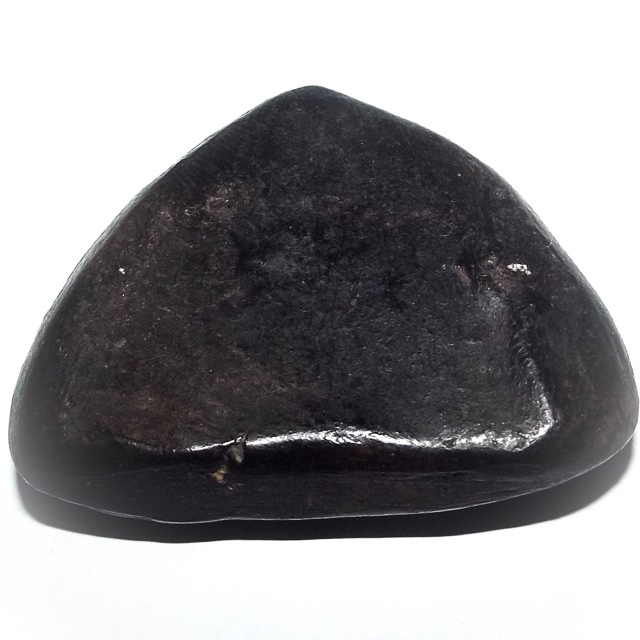 The amulet measures 5 x 4 Cm, and is made from Black Bailan Parchment Grimoire, and Sorcerous Powders. Kroo ba Nanta Nanto Bhikkhu was considered the older of the 2 Greatest Masters of the Wicha Pra Rahu of that particular Era, the other most famous Master being of course Luang Por Noi, of Wat Srisa Tong. 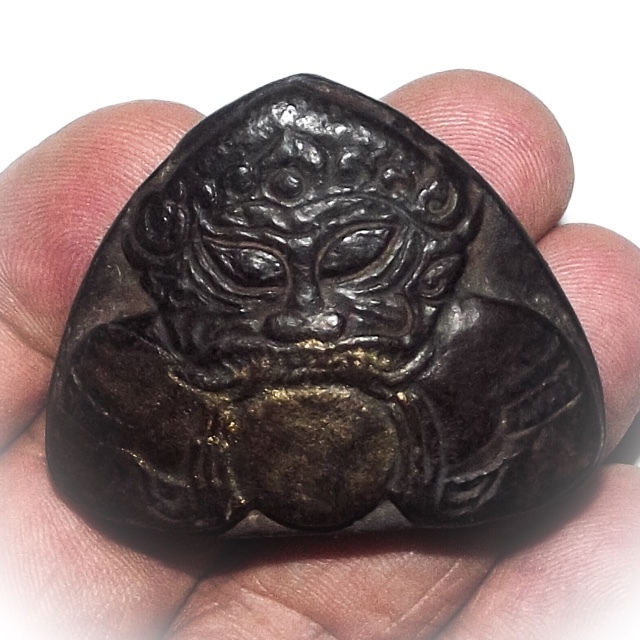 Kroo Ba Nanta was born in 2415 BE, and was indeed the older of these two Great Guru masters of Wicha, both of whom were famous for the Pra Rahu, and also the Wua Tanu Sacred Arrow Bull animist charm. 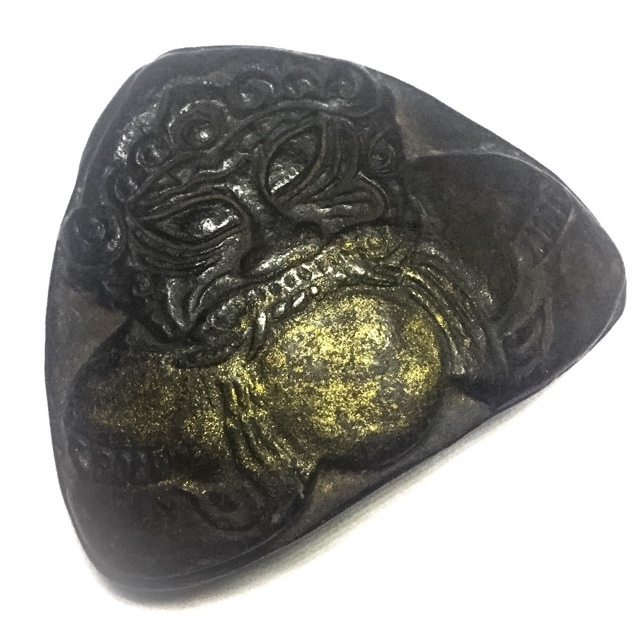 Many people believe that Kroo ba Nanta was the Kroo Ba Ajarn of Luang Por Noi, but this is in fact a myth. Each of these Masters had their own personal Trajectories and their amulets differ in style and empowerment methods. 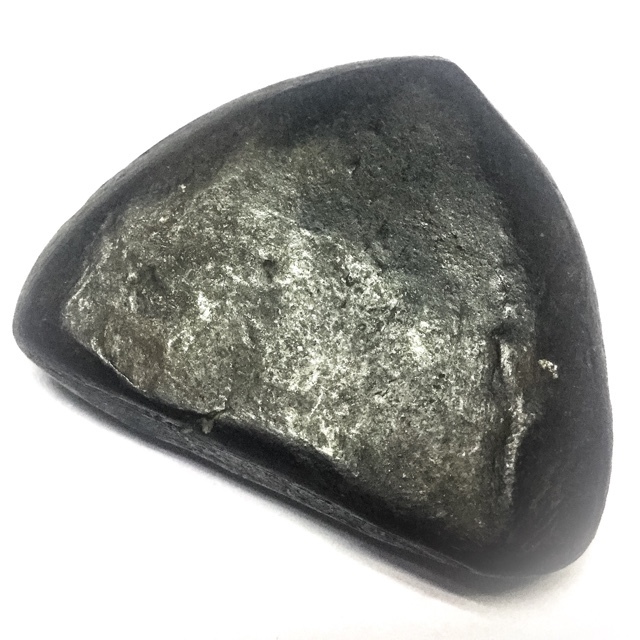 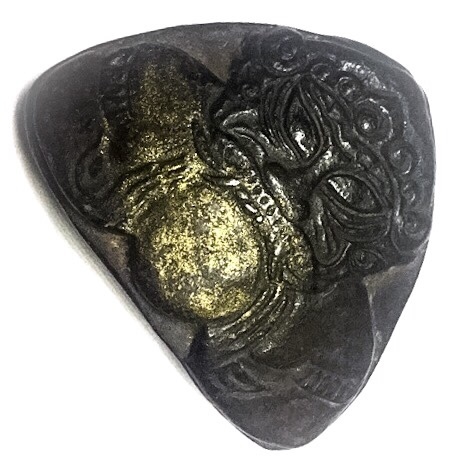 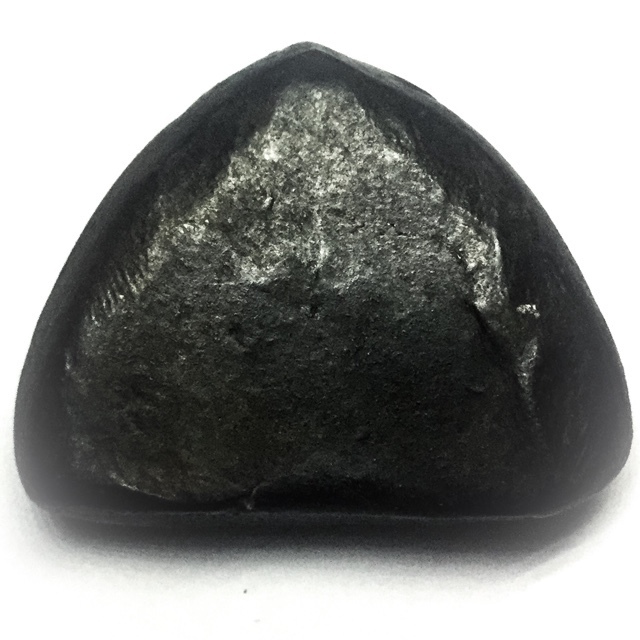 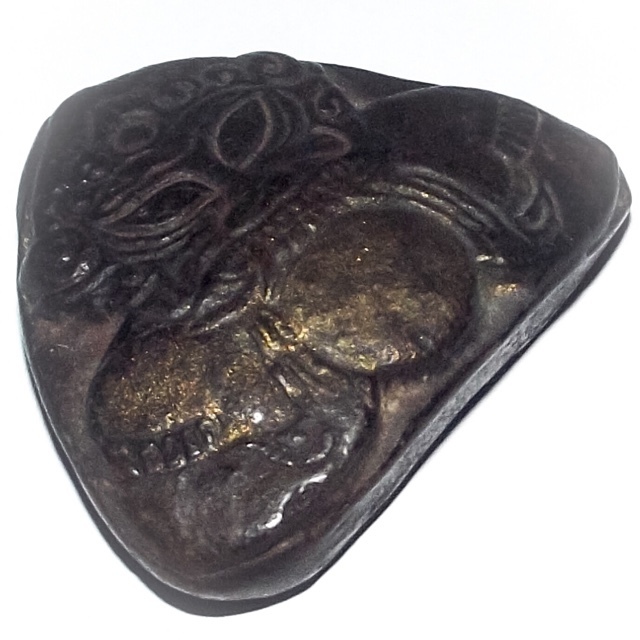 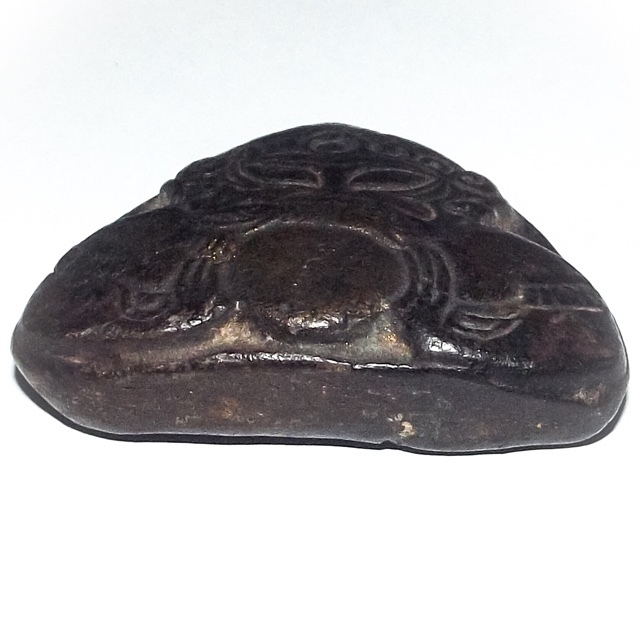 After you have done this once, you can make Bucha in the daytime if you wish, but the first time you must include the food offerings of black foods as well as the black incense.

The second time onwards, only the incense is necessary in the daytime, if it is a lot of trouble to get the food offerings. 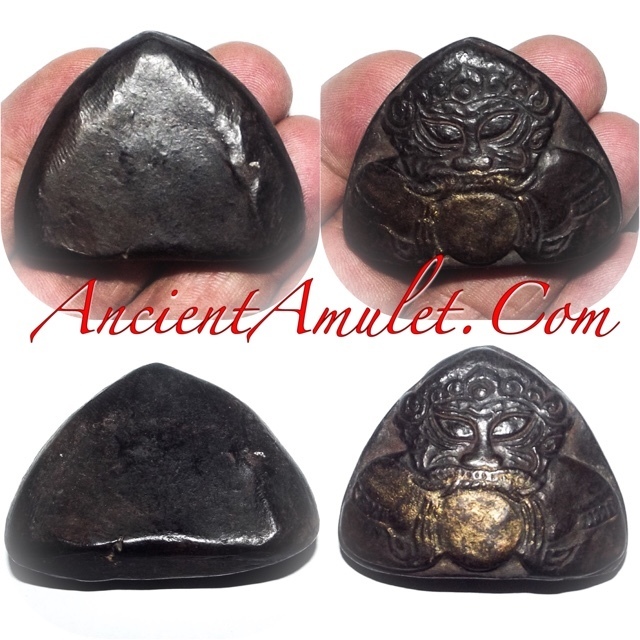