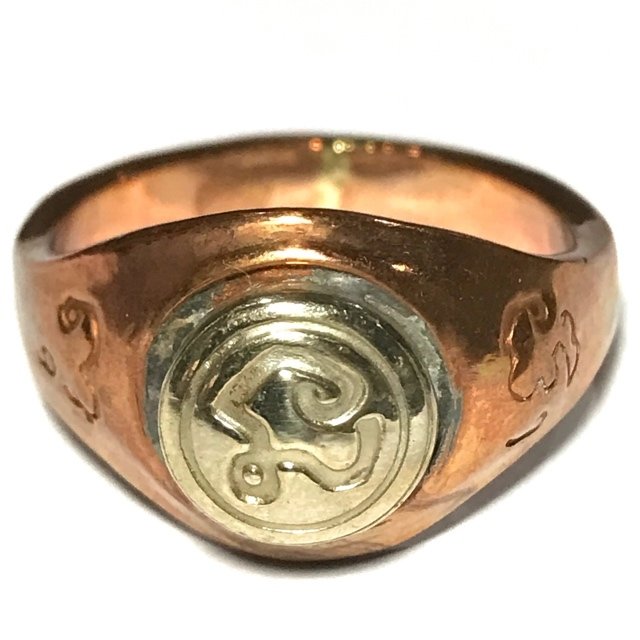 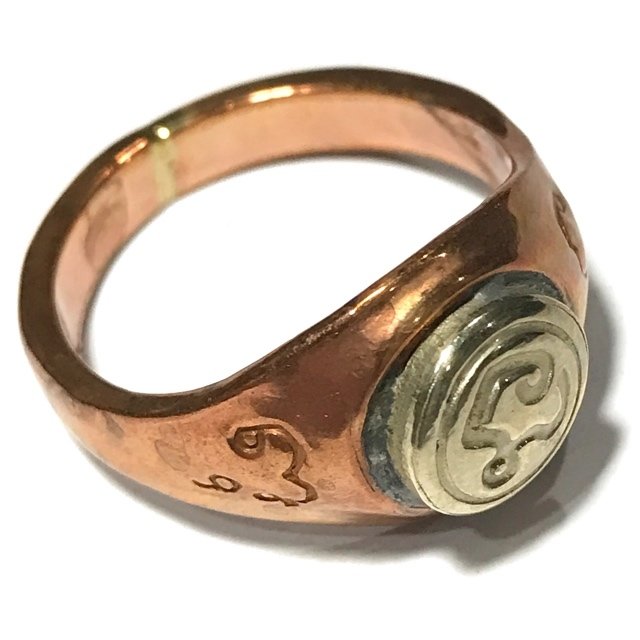 Hwaen Hua Na Bad Dtalord Wicha Na Khao Ha was made in various sacred Alchemical Metal Alloys, this one being made from Nuea Tong Daeng Sacred Copper Alchemical Alloy with Na Agkhara Spell in Albaca, and Kata Khom Inscriptions on the sides from Luang Por Phaew of Wat Tanode Luang. One side of the ring has the Khom syllable 'PU', and the other side, the syllable 'TŌ' (PUTTO/BUDDHO). 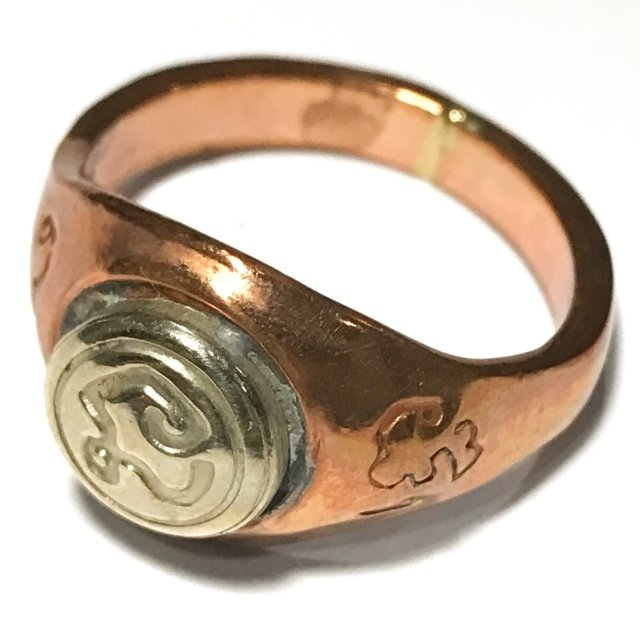 This exhibit is 'Yuk Klang' meaning 'mid era' which is visible by the features and still radiant tone of the Sacred Copper alloy, which ichanges with the passage of time. The Hwaen Na Bad Dtalord is a Magical Ring of Metta Maha Niyom Maha Sanaeh and Maha Lap Power, to Entice and Entrap Admirers, Lovers and InduceMercifulness in the Hearts of those who approach. The ring is Empowered by Luang Por Phaew of Wat Tanode Luang, who was a Lineage Master and Inheritor of the Wicha of the Great Luang Por Tong Sukh (Wat Tanode Luang), who was his Kroo Ba Ajarn and Predecessor. 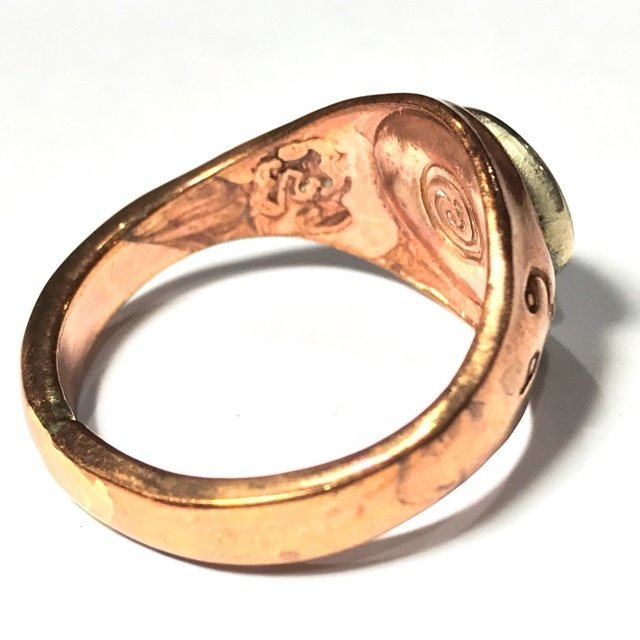 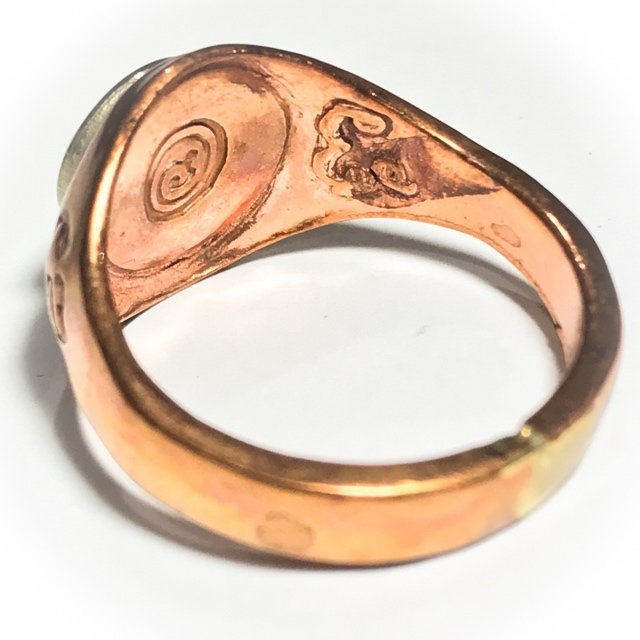 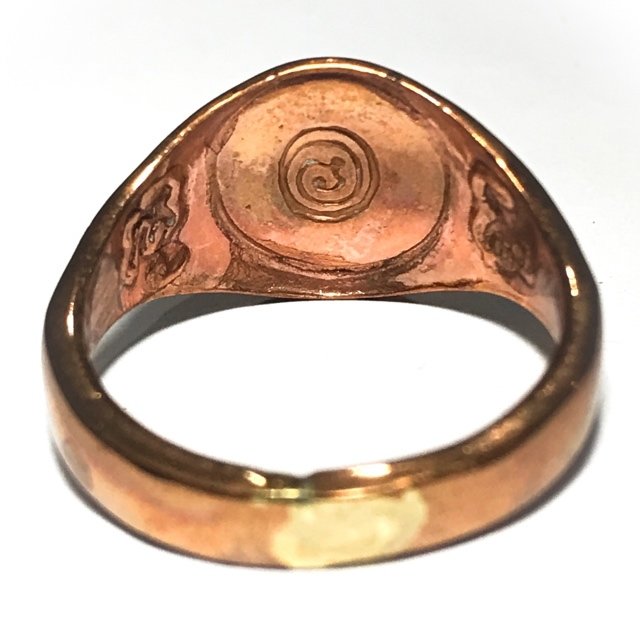 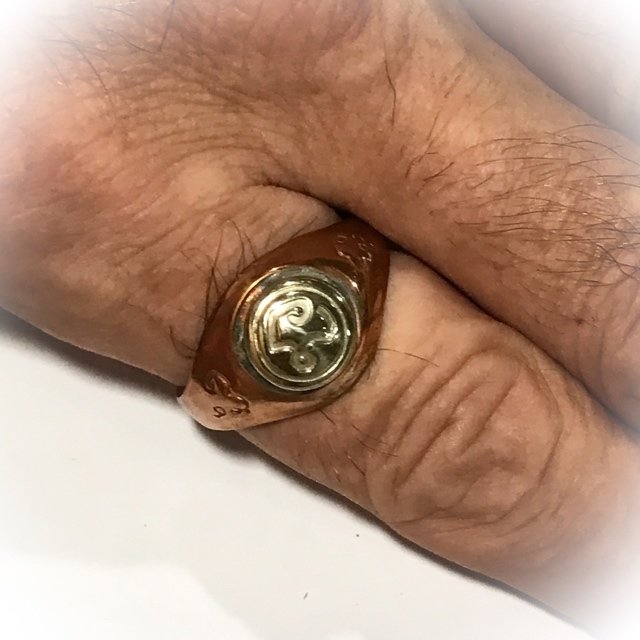 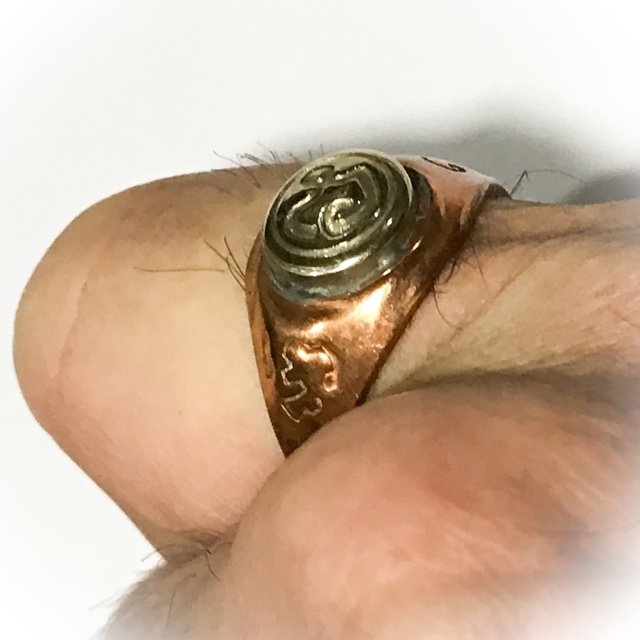 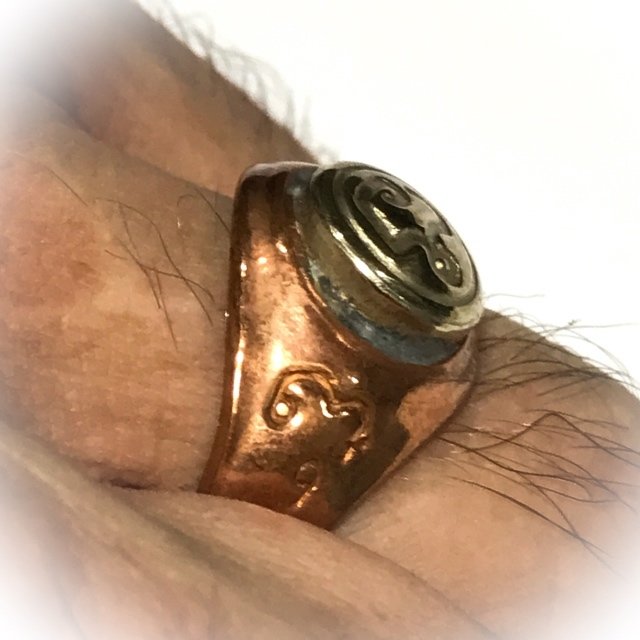 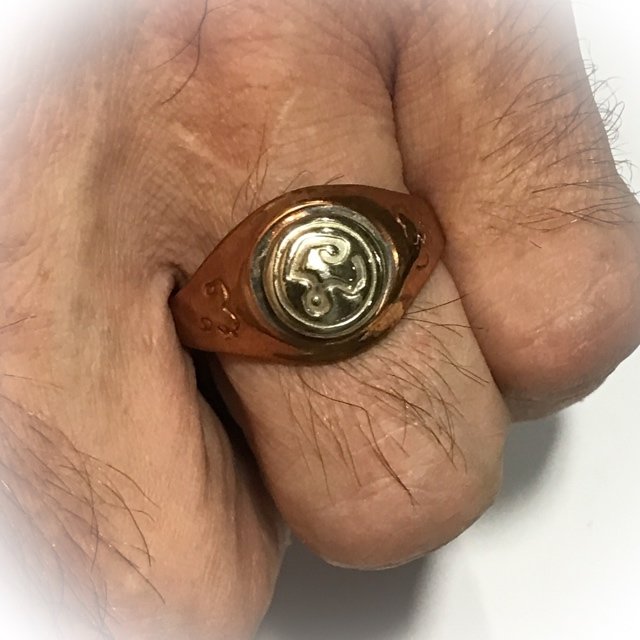 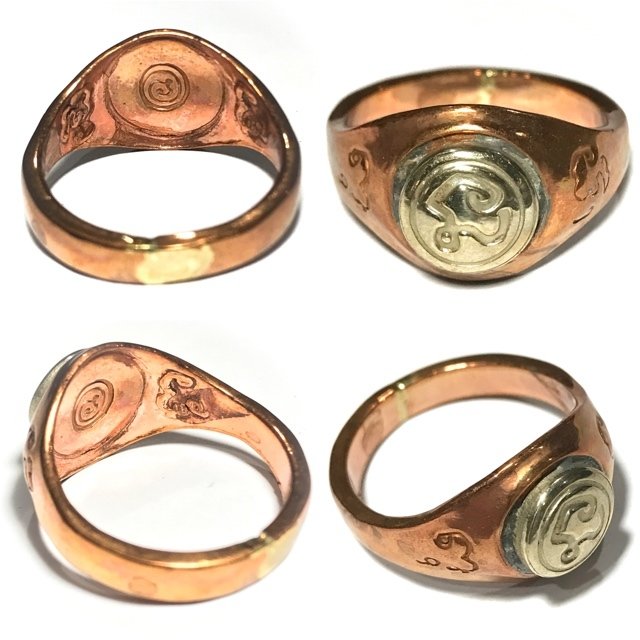