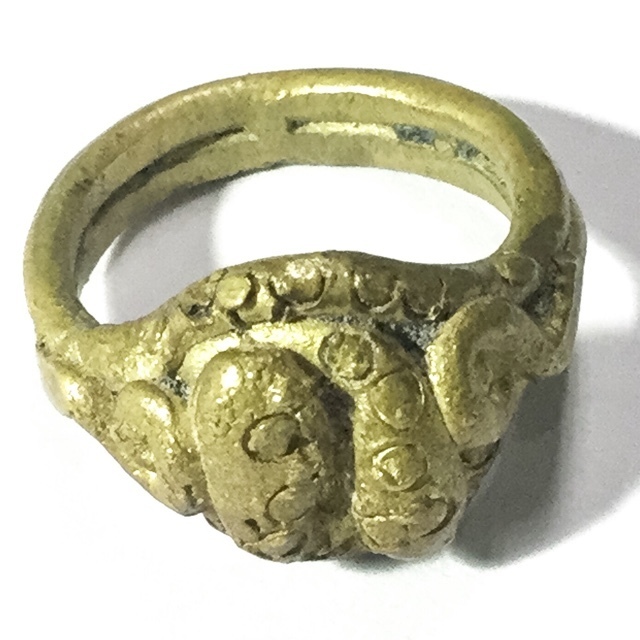 Haen Ngu Giaw Sap Magic Snakes Ring of Wealth, treasure and Protection, from Luang Por Im, of Wat Hua Khao. Luang Por Im was an olden days Guru Master, born over 150 Years ago, in 2406 BE, and who passed away more than 70 years ago in 2480 BE.

The ring is estimated to have been made sometime between 2460 and 2470 BE. The Hwaen Ngu Giaw Sap is very old and rare, and is famous for its protective power against snake bites, and its powerful Maha Pokasap magic to attract and retain wealth and treasures. This exhibit is in extremely well kept condition and is a pristine and is in addition, a perfect example to enter for competition. 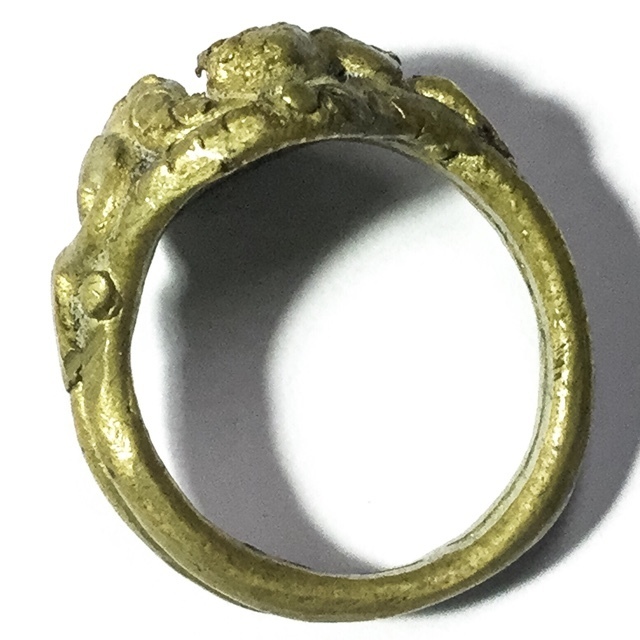 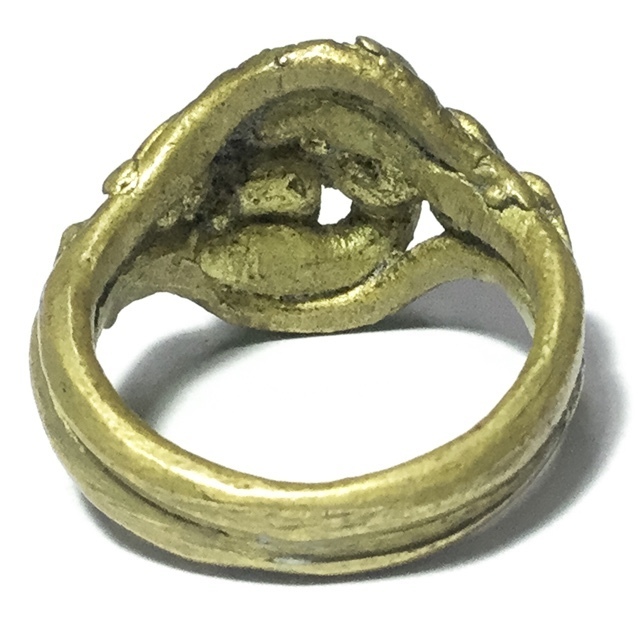 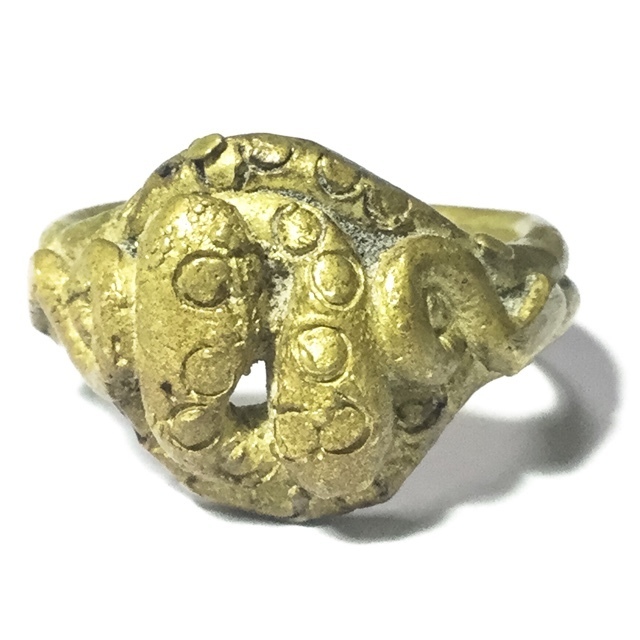 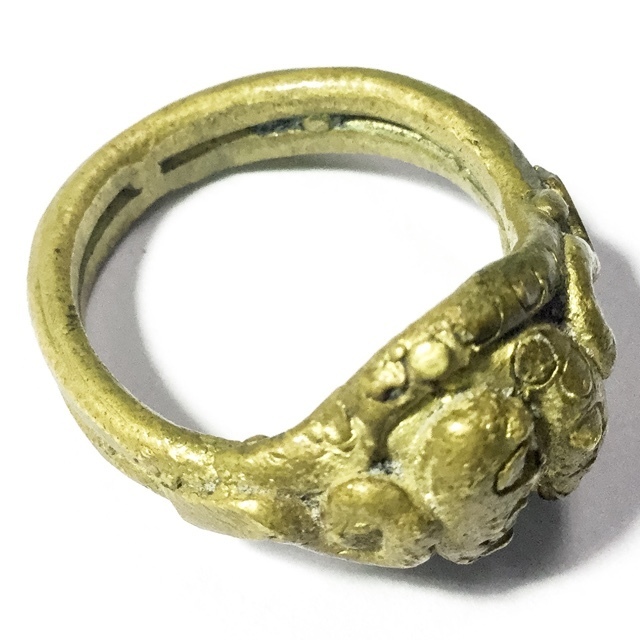 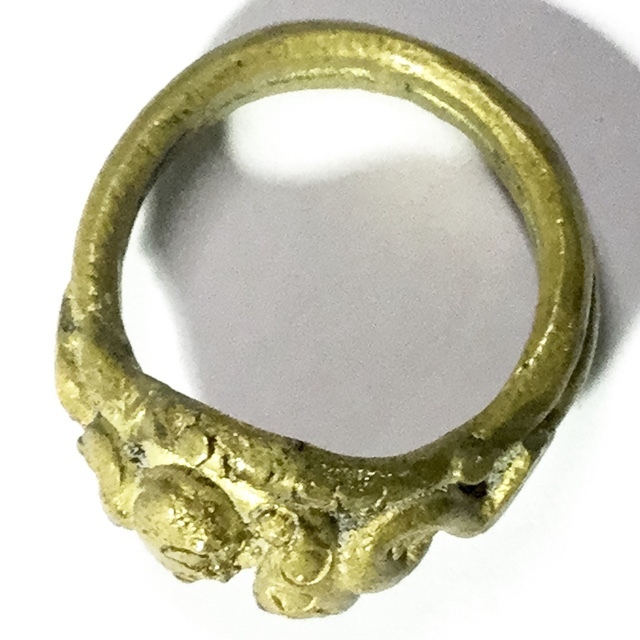 Ta Hnid was known to have only one testicle, which is believed to bring Kong Grapan Chadtri Invincibility against blades and projectiles. Ta Pan was the nephew of Luang Por Im. The two enemies met behind the Uposatha Shrineroom of the temple at Wat Hua Khaom and using sharp swords, began to fight. 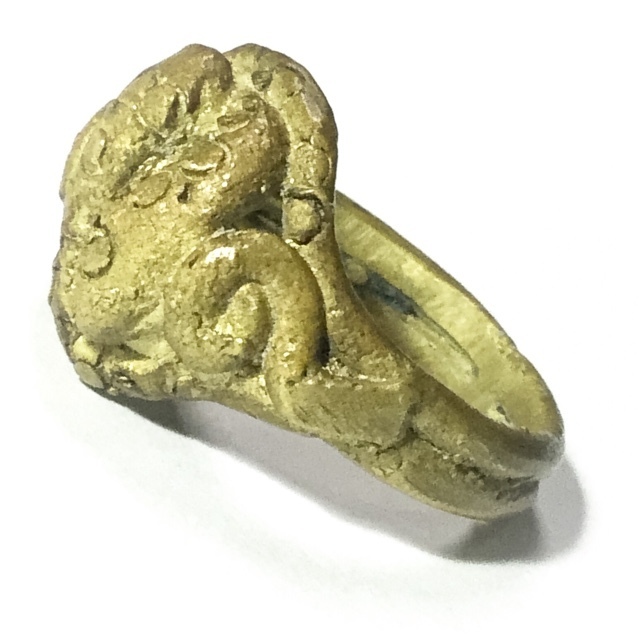 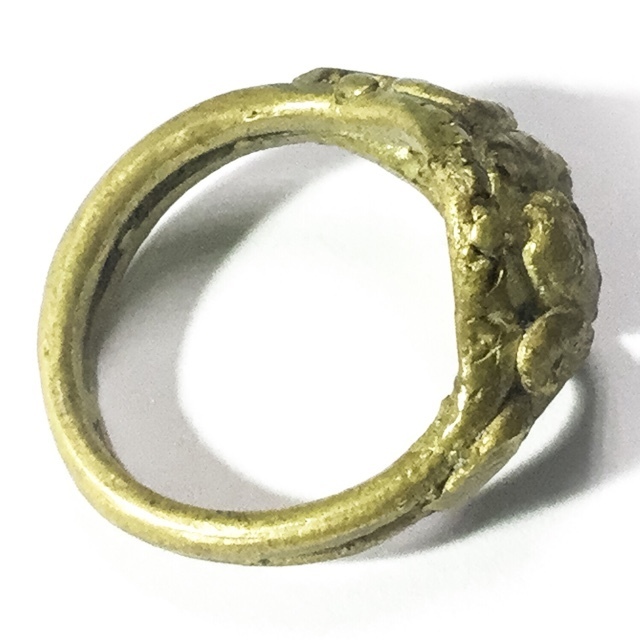 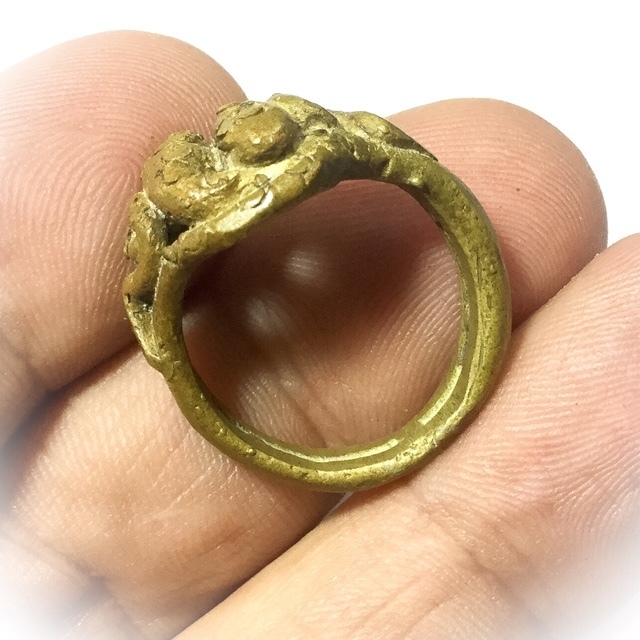 Luang Por Im gave the boittle to the devotee and told him to take it to competition, which he did. He won the competition, and took his winnings and the fish home with him. When he got home, he decided to place the fish in a different bottle, and took it out with a net. 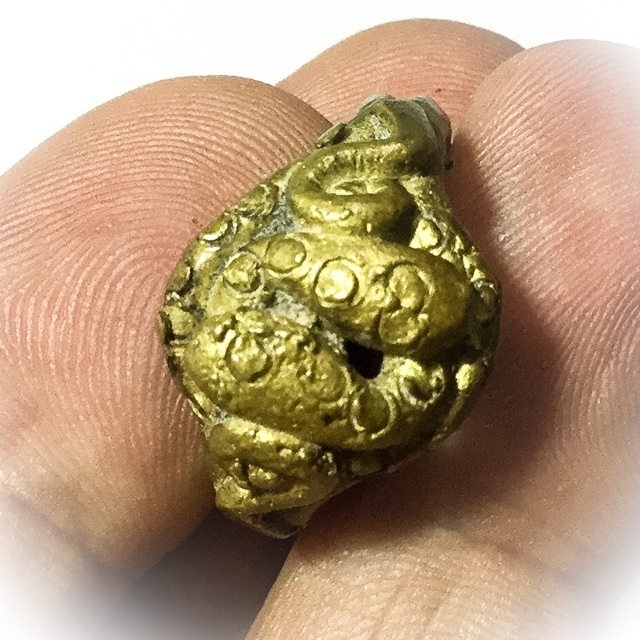 But as soon as the fish rose above water, it turned back int a folded Bai Jag leaf origami fish. This was yet another amazing miracle of Luang Por Im. 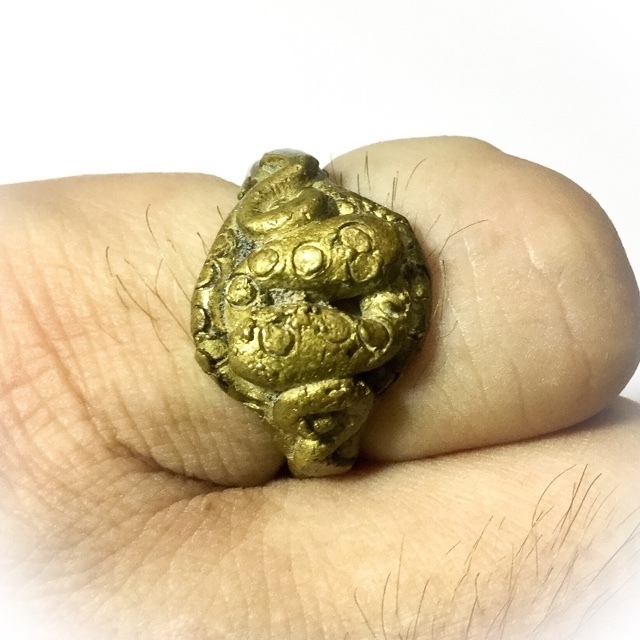 The monks asked Luang Por Im what was going on? Luang Por Im told them then, that the night before, some local villagers had broken into the temple grounds to steal fish from the ponds, and that because of this, their houses were going to set on fire today. 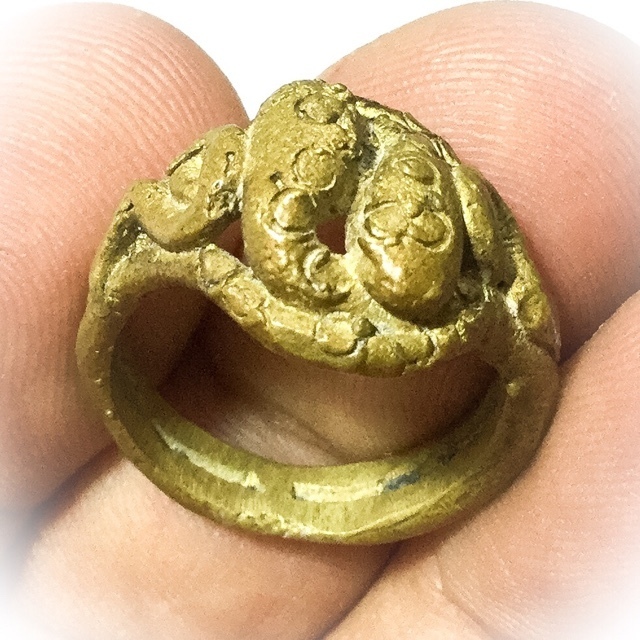 The monks then ate their food quickly wondering what Luang Por Im was talking about, and as they left the refectory, were surprised to hear a sudden arousal of people shouting 'Fire, Fire', and the monks realised that Luang Por Im had foreseen the event with his psychic powers. 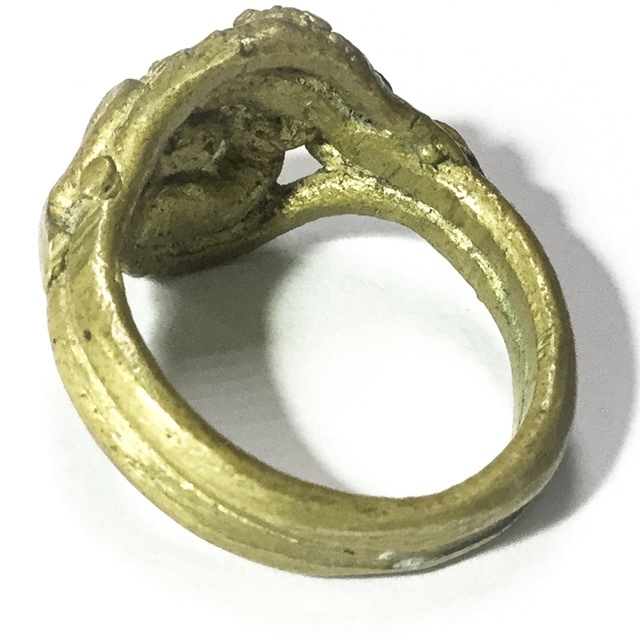 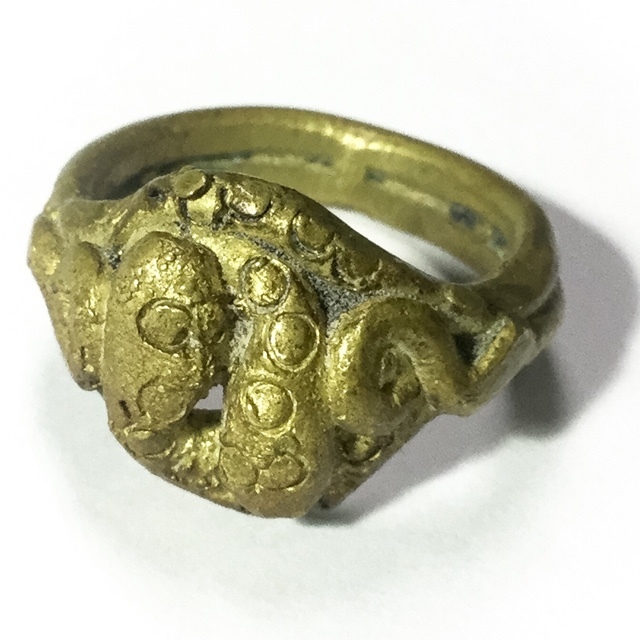 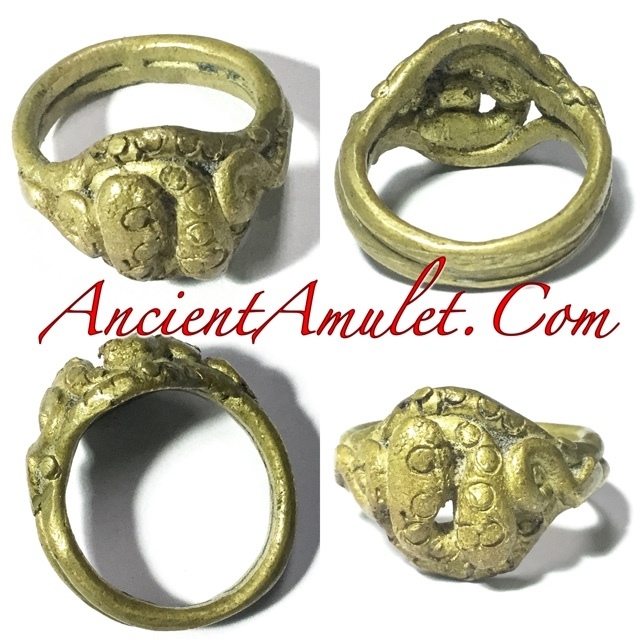