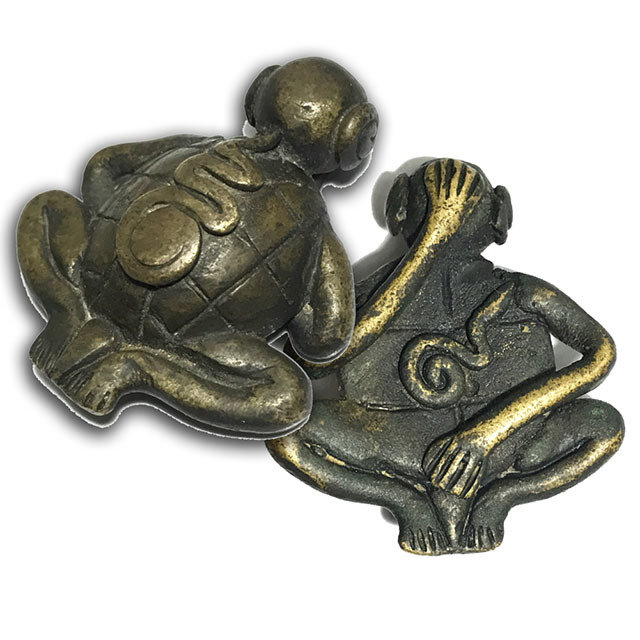 This amulet is procedent from the Samnak Khao Or from around the 2490-2500 BE period, during the times when the great Khao Or Sorceror Monks of Old like Por Tan Klai, Pra Ajarn Kong, Ajarn Jek, Ajarn Nam, Ajarn Iad, Luang Por Dit, Ajarn Khun Pan, and Ajarn Chum, were the names of the day. Many aficionados of Khao or amulets would consider this amulet to be from Luang Por Jek, but in truth, any or all of the Great Khao Or Masters of the time will have been present in the empowerment of Khao Or amulets, which are always blessed by varuous Masters in Buddha Abhiseka. 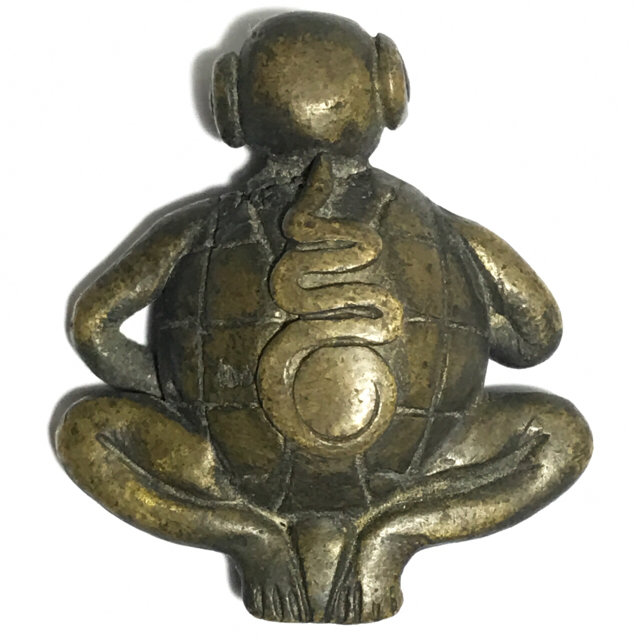 In those days, masters would join in Unison to bless and empower amulets, and each master would take some of them back to their respective temples, resultiing in the 'same' amulet being revered by different devotees of different masters in each district, whereas in truth, amulets like these which do not record themself into any specific edition (Nork Pim), usually belong to more than one Master's Empowerment. 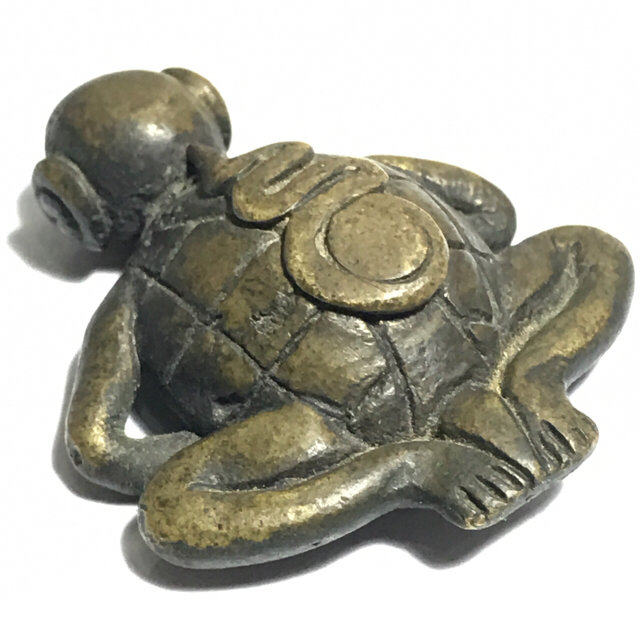 The amulet is extremely unusual in its design formula, as a mixture of the Dtao Ruean Turtle, and the Pra Pid Tawarn Nirodha Buddha. Blessed with the ancient magic of the Khao Or Sorceror Monks who empower their amulets within the Holy Cave at Khao Or, with thousand year old ritual methods.

Forged with Alchemical metalurgy, the amulet is charged with power of the Wicha Len Prae Tat, and the Wicha Kasin Fai, Riak Tat See, Hnun Tat See, which are inherent magical formulas of Southern Khao Or Animist Sorcery. 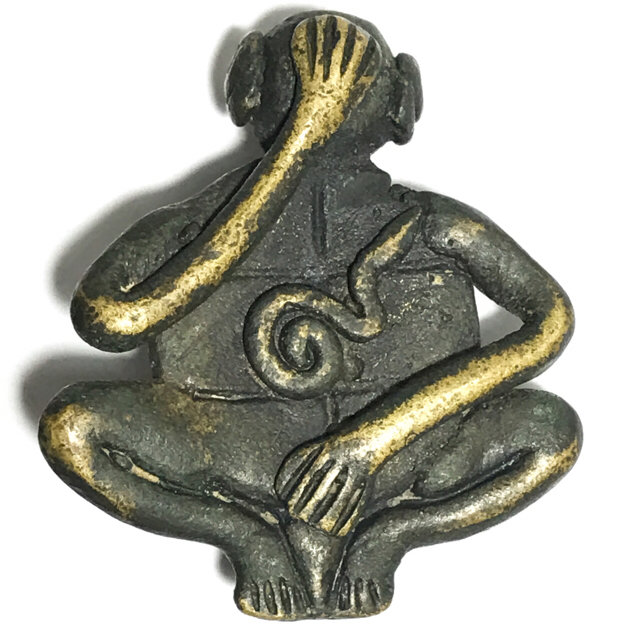 These masters and indeed those southern Khao Or Masters of the present day, continue this 1000 years old Khao Or Sorcery tradition of preserving the ancient artistic style of the Nakorn Sri Tammarat Ancient Sri Vichai Empire in making case metallic talismanic charms and amulets. The many different original cast metal designs found in the pantheon of Khao Or lineage amulets is immense, with almost each and every amulet being an individual masterpiece. 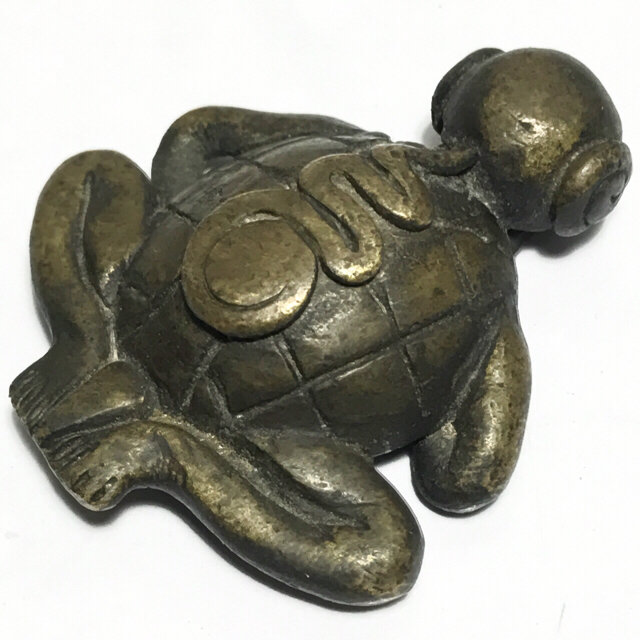 Pra Pid Tawarn means ‘Buddha closing the orifices). Pid Tawarn can close 2, 3, 5, 7, or 9 orifices, 5 being called Pra Pid Panja Tawarn, 7 being called ‘Pra Pid Sadtatawarn’ and 9 being called ‘Pra Pid Navatawarn’. This image has cleverly honed the imagery to have closed all orifices, which is of course the most powerful Wicha. This Pidta is in addition 'Dtao Ruean' (Sacred Turtle) which is immensely powerful Maha Lap Maha Pokasap Magic, Protector and Long Life Bringer. 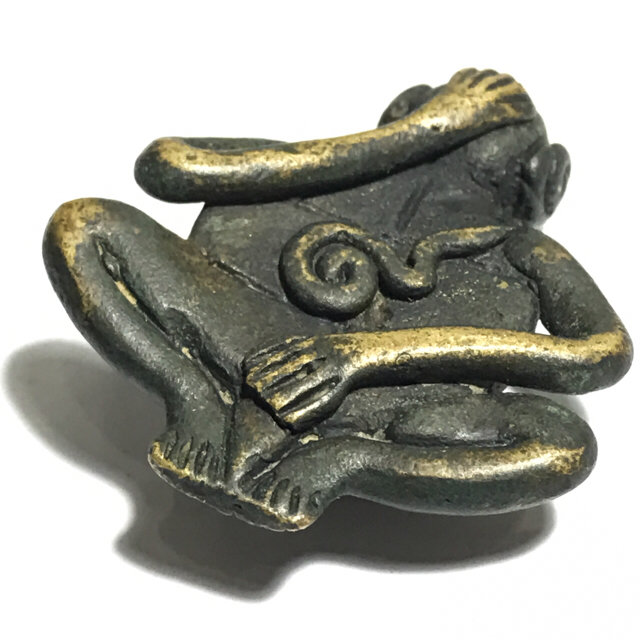 The image has rather strange anatomical features and curvy limbs, with curly decorative embellished style of unalome spiral Yantra emblazoned on the belly of the Turle shell, which is typical of the ancient aritstic style of the Ancient Nakorn Sri Tammarat Kingdom. This is part of what makes the amulets of the Southern Khao Or Tradition so inimitable, and powerful, for the Khao Or Magical Lineage is over 1000 years old with unbroken transmission of Wicha, since the days of the Sri Vichai Empire. 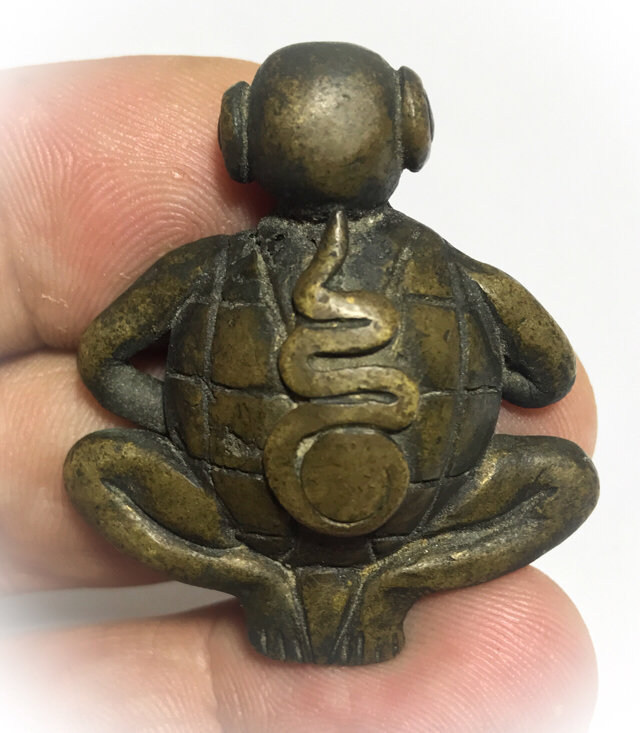 The amulets of the Olden Days Khao Masters are legendary, and are amongst the most Highly Sought After amongst aficionados of this kind of amulet, who have great faith in the certain power of Khao or Amulets. Of course, the amulets are not only powerful magic charms, but also considered valuable for their artistic, historic and anthropological aspects. Many collectors of private museums who collect Buddhist and South east Asian Arts collect antique Khao Or Amulets for their showcases and private museums. 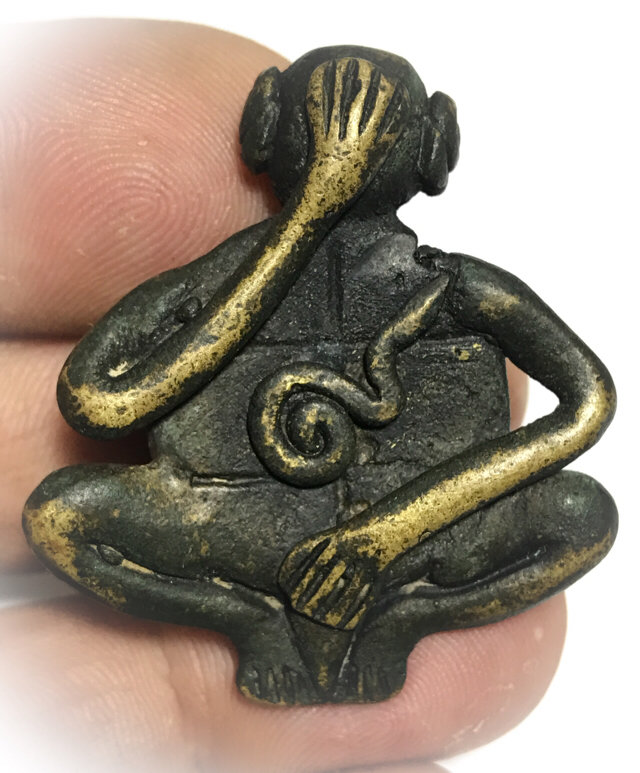 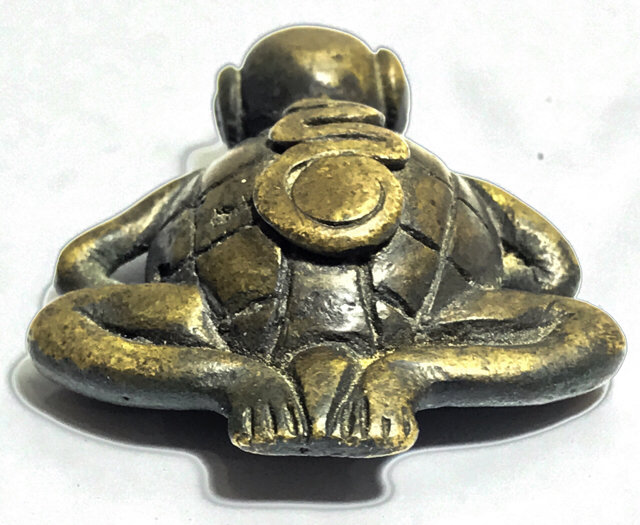 The Pra Pid Ta is considered to be an amulet with ‘Maha Ud’ and ‘Kong Grapan’ power (invincibility and gunstopping power), but is also made as a wealth bringer, in which case, the amulet will be called ‘Pra Pid ta Maha Lap’. In order to inflect a greater resonance for wealth attraction and auspicious blessings, in addition to the Maha Ud and Kong Grapan magic. 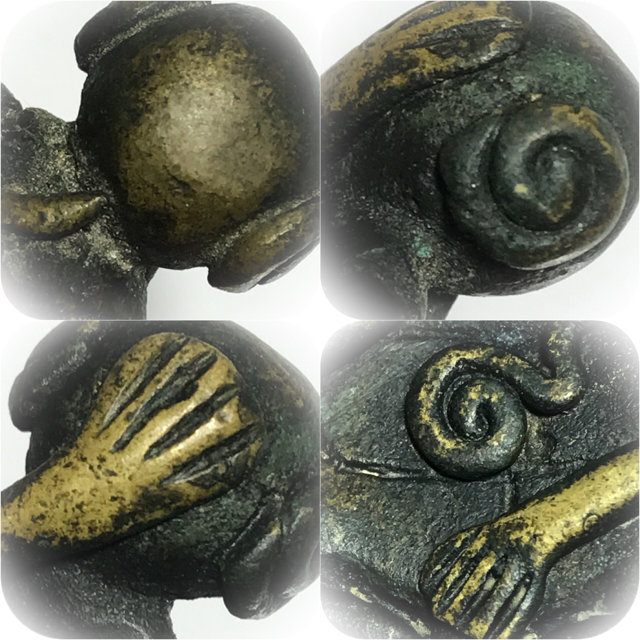 Ancient artisans sometimes would use the image of the Sangkajjaiyana Buddha of riches and happiness, and carve it in the Pid Ta posture. The Pra Pid Ta Silapa Mueang Nakorn amulet is an artistic interpretation found often in ‘Gru’ hiding places in the South of Thailand.

They have been found in many different materials, including bronze, and copper sacred alloys.These Southern Nakorn Sri Tammarat period syled amulets have a much more attractive and special look to them compared to those from other regions in that time. Luang Por Jek and all the Khao Or Masters throughout History have preserved this method of Alchemical casting and Artistic Design, and even the Masters of the Present Era continue this tradition with the famous Pra Pid Ta Pang Pagan, and Pra Pid Ta Yant Yung, and other images which we can see reflected in the amulets of their forebearers, such as Luang Por Jek, Luang Por Parn, Luang Por Dit, Ajarn Pan and the like. 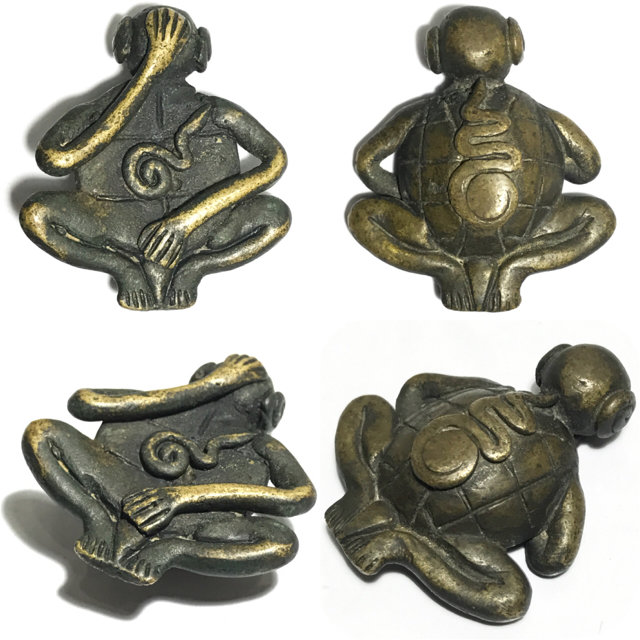