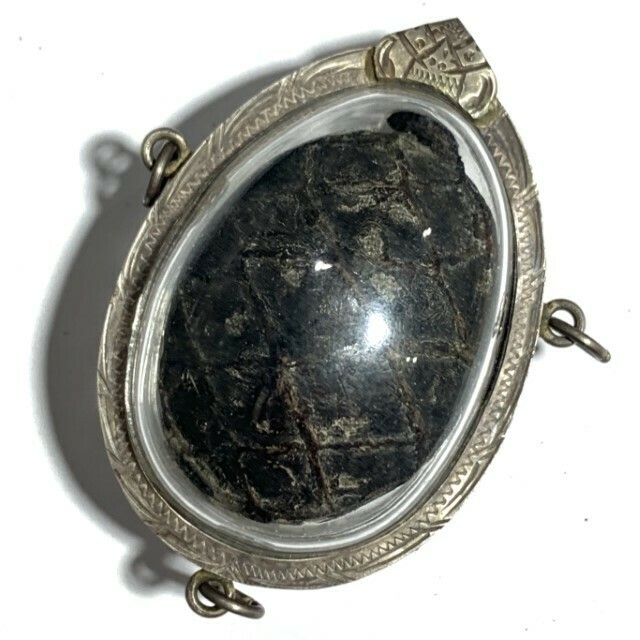 The Immortally Famous Bia Gae Thak Chueak Takhai Paetch Diiamond Patern Weave Cord wrapped lacquered Cowrie Shell Talismanic Charm, of Luang Phu Rod, of Wat Nai Rong. The Bia Gae of LP Rod is one of the legendary Ancient Talismanic Charms of Historical fame, and classed as one of the members of the 'Benjapakee' Top 5 Bia Gae amulets of all time. This exhibit comes with old school solid silver custom waterproof casing, and the Bia Gae shows itself to be from LP Rod's early Era, seen from the visibly aged Rak Chart ancient Lacquered surface 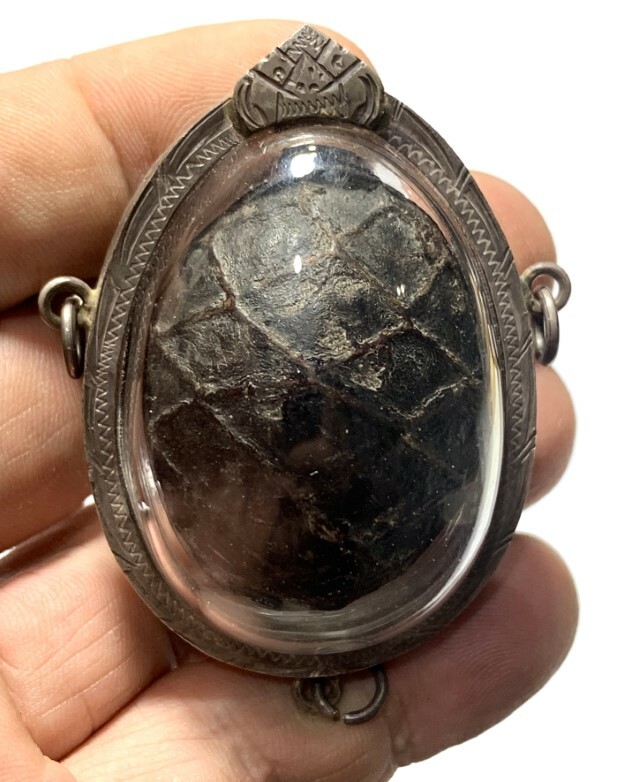 This amulet comes with Free EMS Express Registered Air Parcel Worldwide Shipping. This Bia Gae is a masterpiece item, encased in custom solid silver traditional 3 ringed waterproof casing frame, estimated made around 2460 - 2470 BE. The Bia Gae of LP Rod is a Talismanic Charm (Krueang Rang), which is imbued with a multitude of different powers, ranging from protecting against all curses and evil forces, Black Magick, Ghosts and demons, to Evade Deadly Accidents, Heal Illnesses, and to Prevent Poverty and Attract Wealth and Treasures. 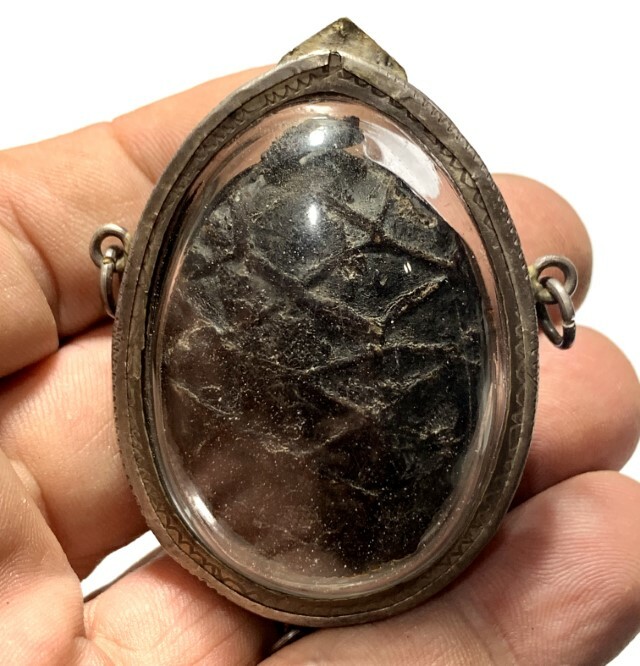 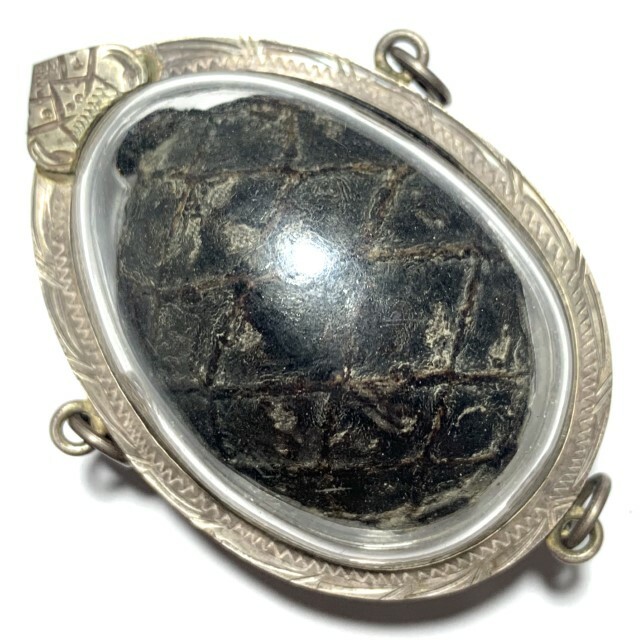 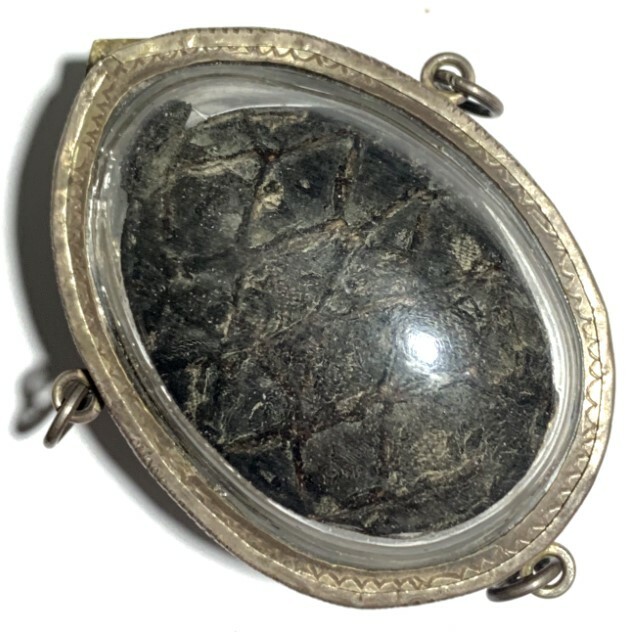 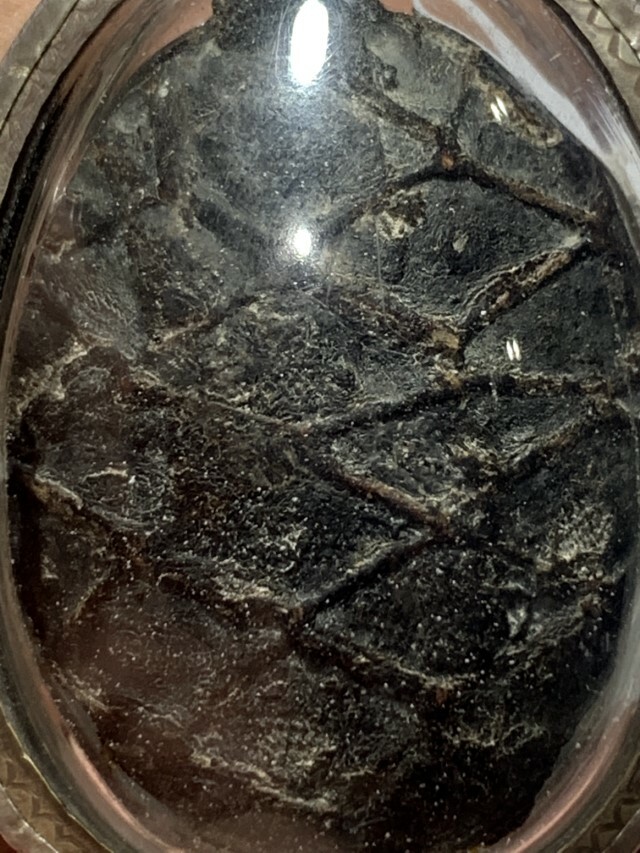 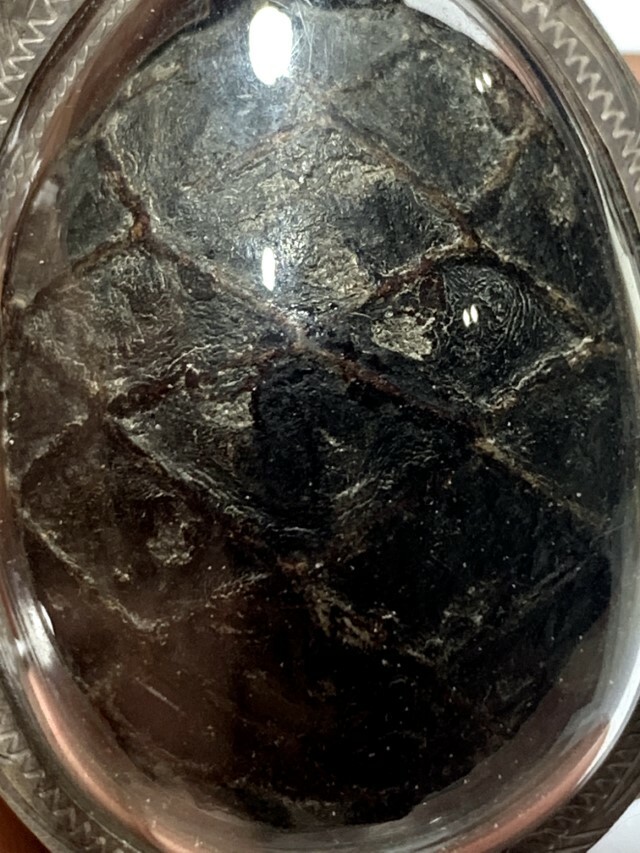 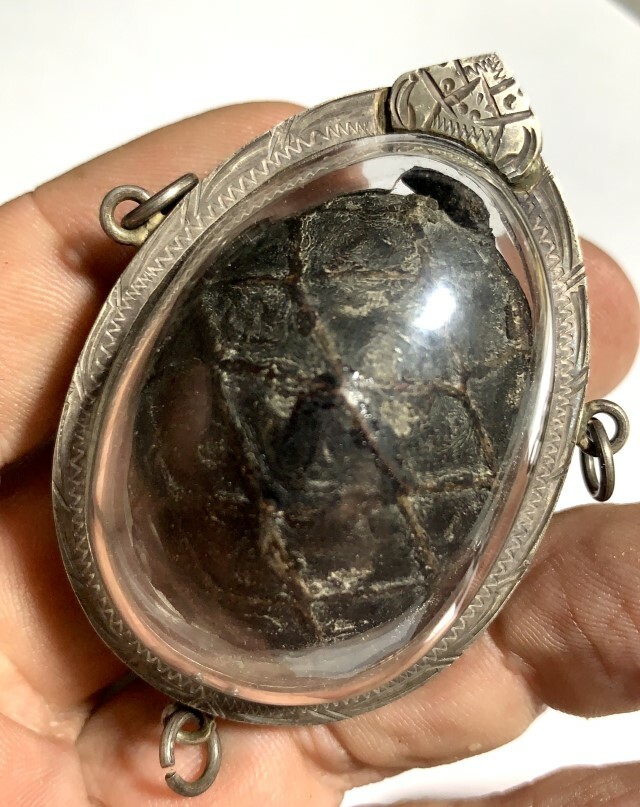 The back of the cowrie shell must also have a natural pattern which resembles the sacred Na Bad Dtalord Yantra spell on it. The pattern must extend from one end of the Bia Gae to the other. Luang Phu Rod would only accept this kind of Bia Gae shell from his devotees, and would send them far afield to seek and find cowrie shells with these specific characteristics. 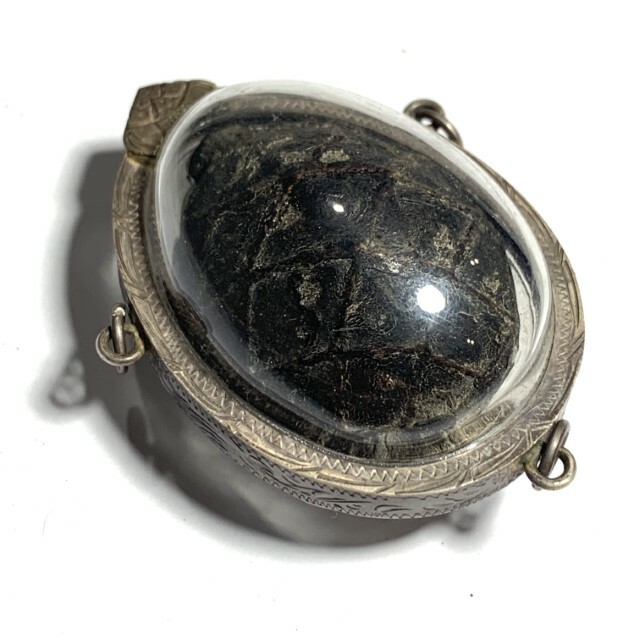 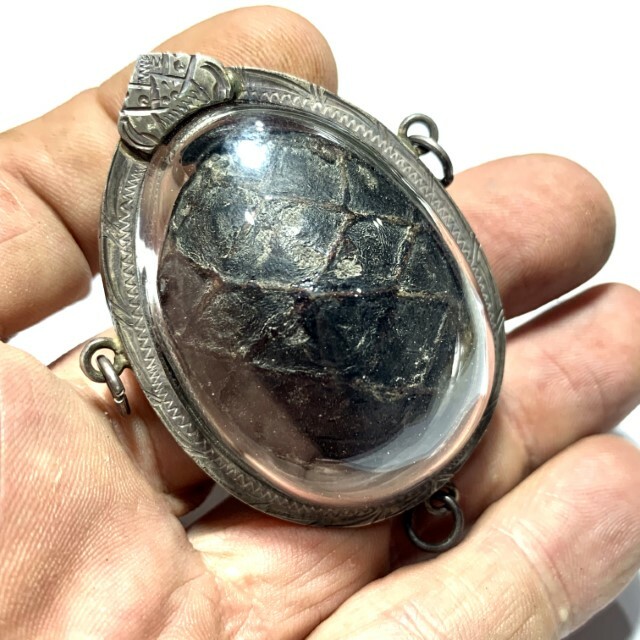 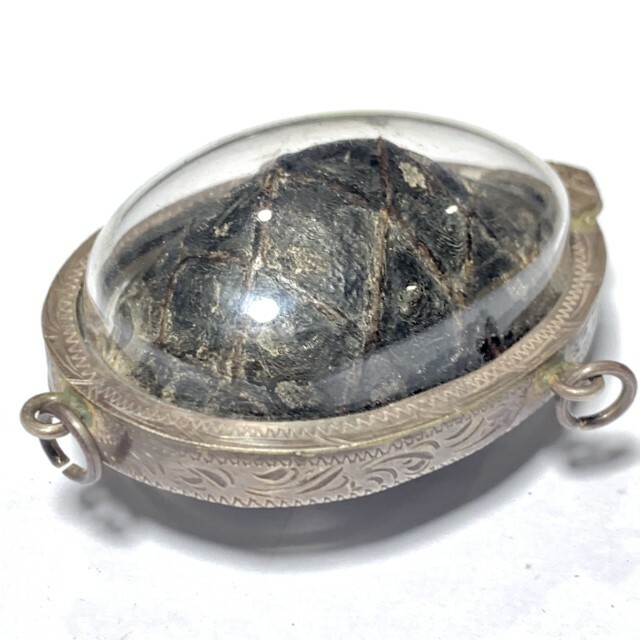 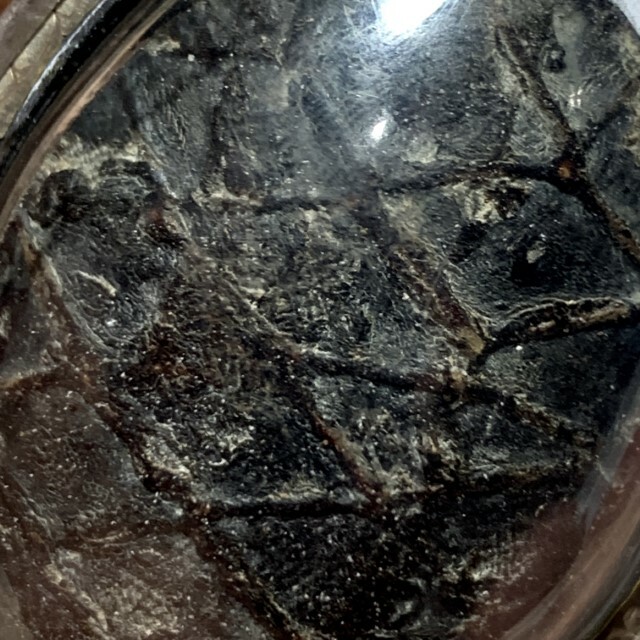 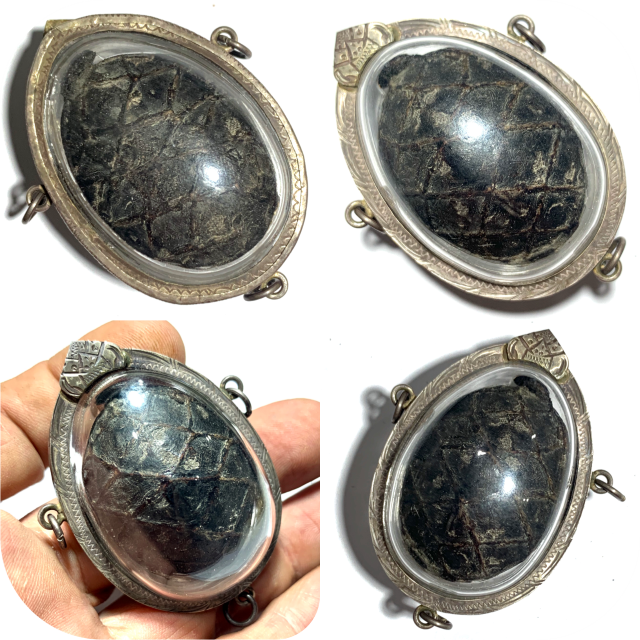