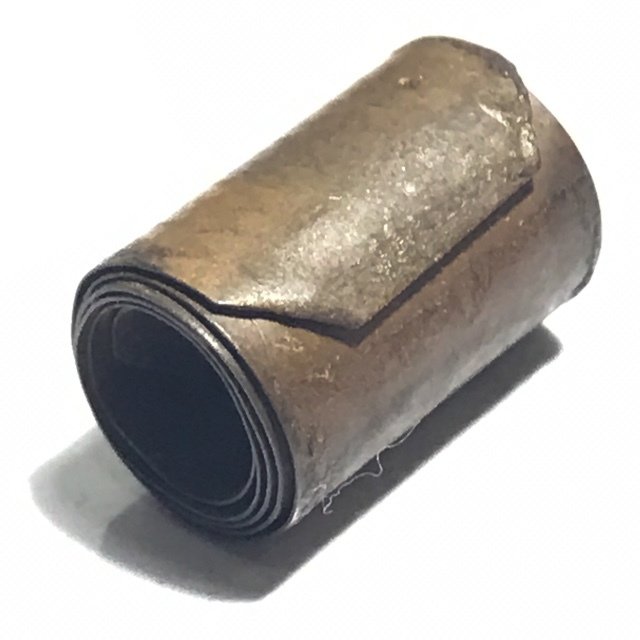 One of the most highly preferred amulets of this master, the Takrut Look Om Lokatat, small sacred Takrut scroll made from a long strip of Copper Yantra foil, inscribed and empowered by Luang Phu Rian, Olden Days Sorceror Monk of Wat Nong Bua, in Kanjanaburi. Luang Phu Rian was the continuance of the Lineage of the Great Luang Phu Yim. The takrut Lokatat were made in various kinds of metals, including Tong daeng (copper) Tong Lueang (brass), Dtakua (lead), Ngern (silver) and even Tong Kam (solid gold).

The amulet is created with the use of a long strip of metallic foil about one foot long, with Incantations inscribed, rolled into a tiny 'Look Om' size Takrut. This amulet measures 1.3 Cm long, and is 0.8 Cm thick. This particular exhibit is from the early-mid era of Luang Phu Rian's trajectory, sometime around 2470 - 2480 BE. 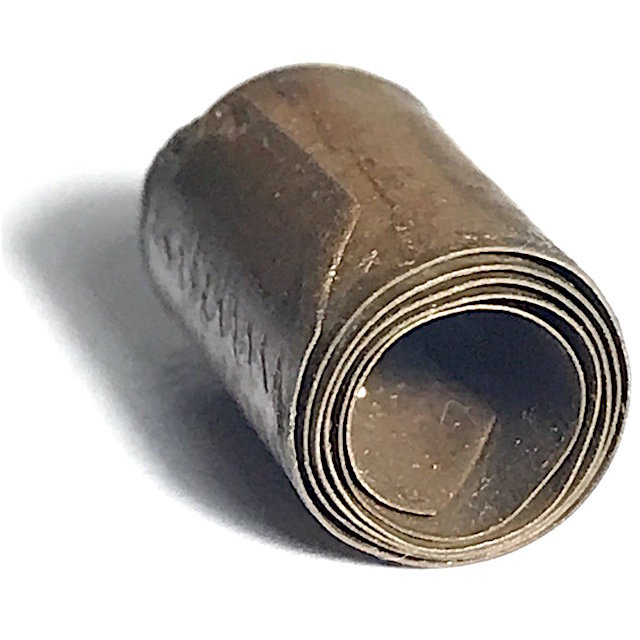 The Takrut Lokatat was made constantly over many decades by luang Phu, with the early ones being recognisable for the fact they were wound into scrolls using a twig of a tree, which results in the scroll having a larger hole in the center tunnel, and being less tightly wound than the later models, which were wound into scrolls using a special instrument, resulting in the later models being less easy to unwind, and having a much smaller central tunnel. The very early editions were also treated with sacred powders smeared on the yantra foil before winding them into scrolls, leaving a residual coating on the surface of the metallic foil, whereas the later models were not treated with sacred powders. 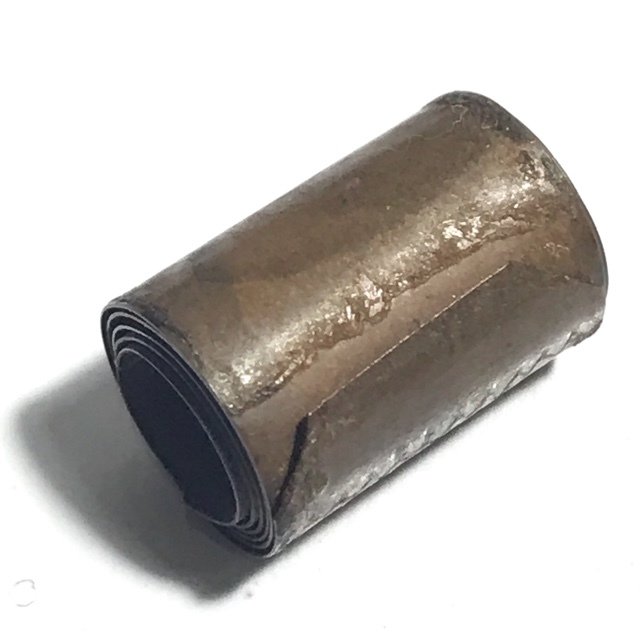 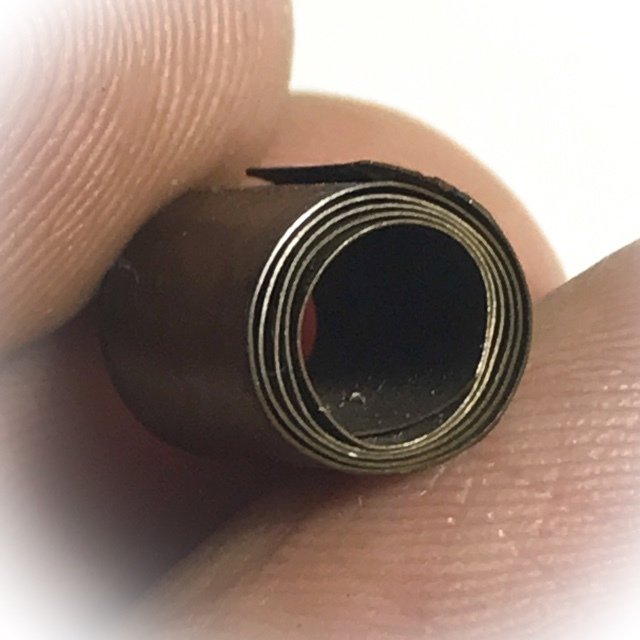 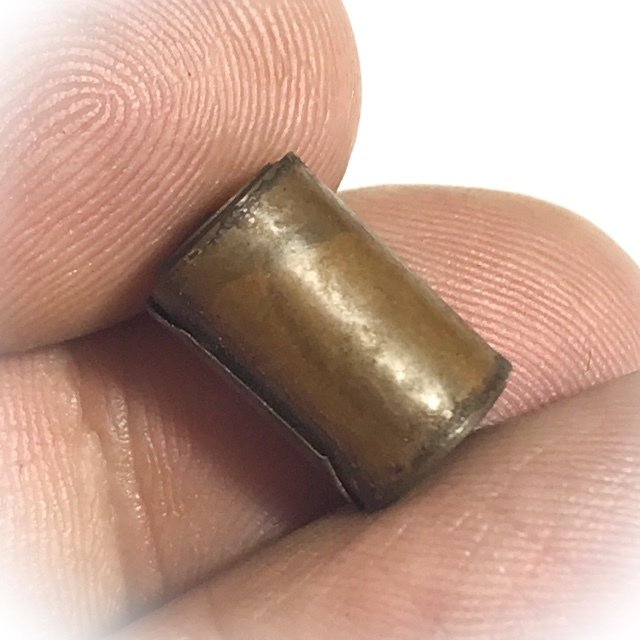 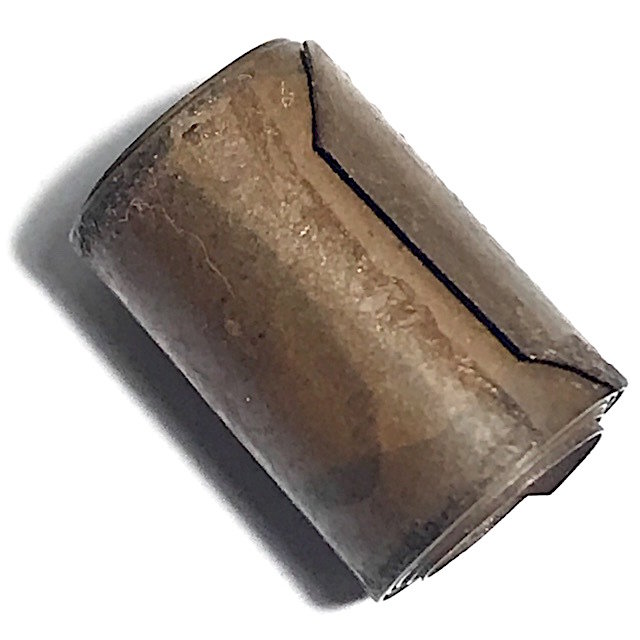 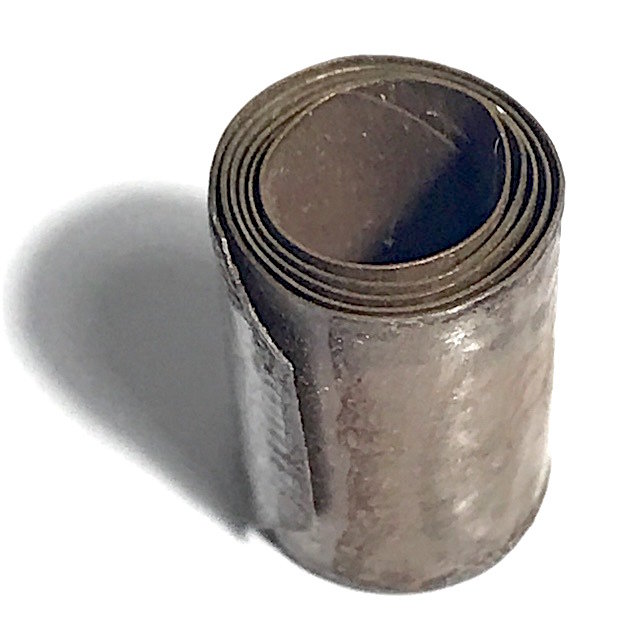 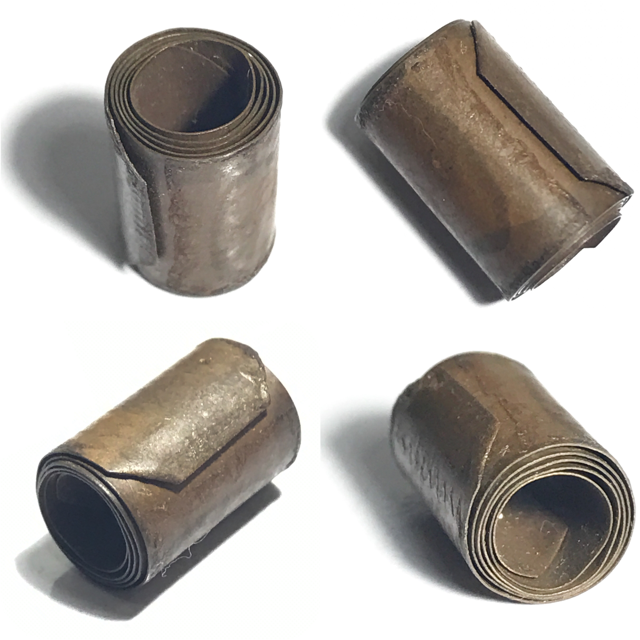