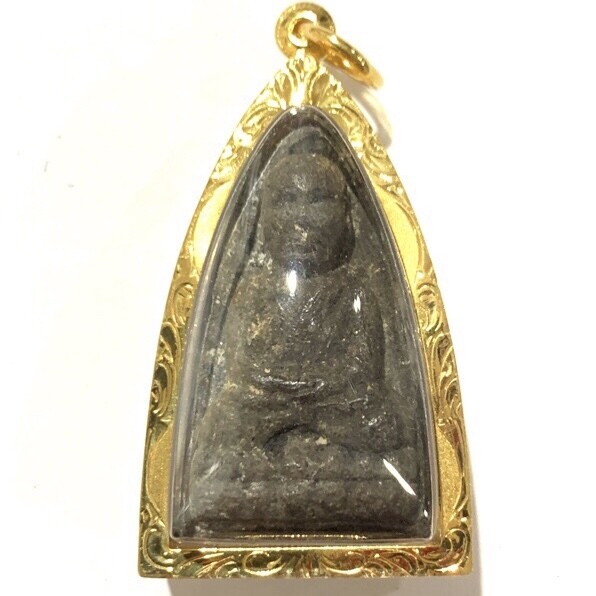 The Immortal Classic of Great Fame and Legend, and one of the most sought after and highly revered amulets of the whole pantheon, Pra Luang Por Tuad Tao Reed 2497 BE, Pim B Yai Leuk (one of a number of different preferred block presses used for the various models), with solid gold waterproof casing. The Pra Luang Por Tuad 2497 was the first ever making, by the Great Ajarn Tim (Pra Kroo Wisai Sope). 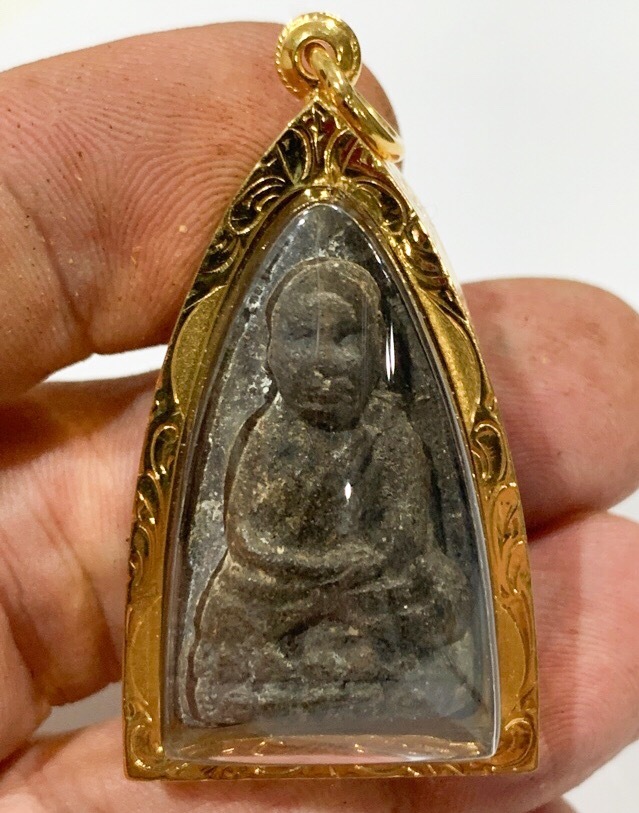 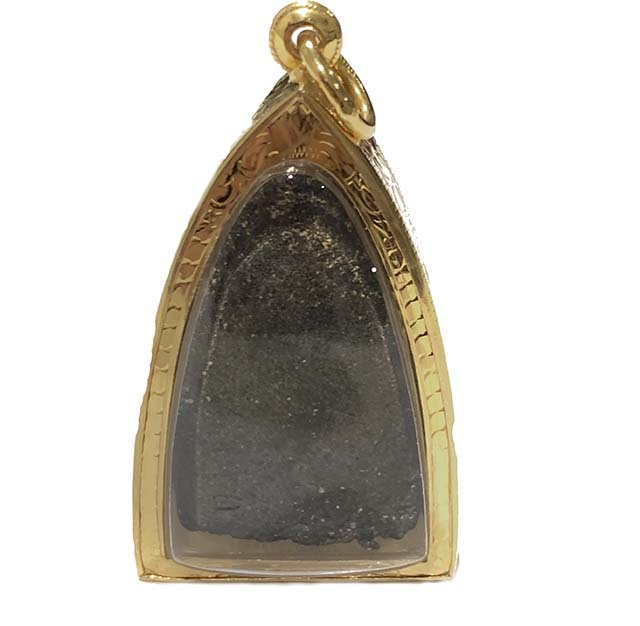 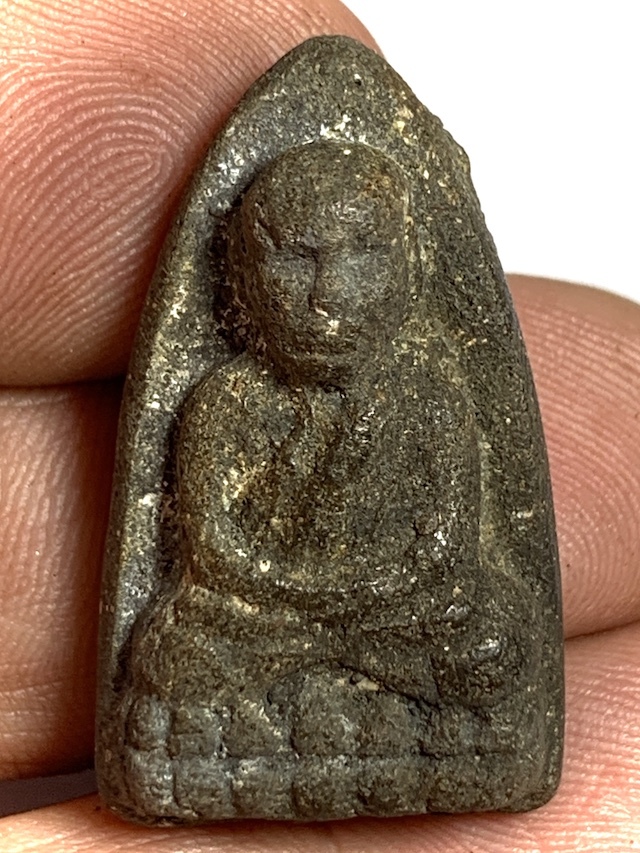 It is notable to observe, that despite Ajarn Tim's Luang Por Tuad Tao Reed being seen in many different colors, ranging from black, gray, and beige or reddish, when scrutinized under the eye loupe, you can find all the same essential ingredients, regardless of the color of the amulet. One thing that is always visible, especially on te rear face, in greater or lesser proportions, are tiny crystals of mineral sacred substance. 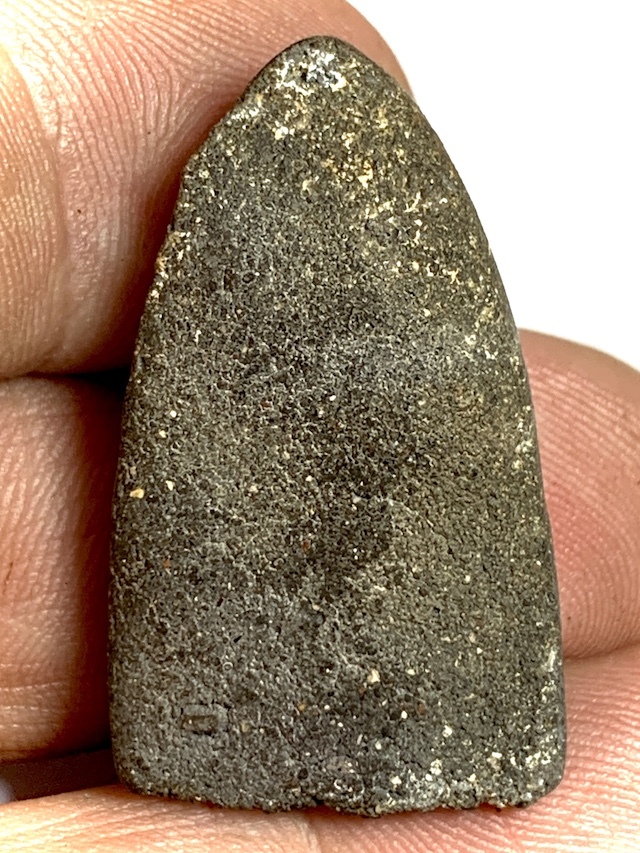 The Met Rae mineral crystals, when examined under magnification reveal sand grains too, which is assumed to have been stuck to the mineral fragments when they were added to the Muan Sarn. Small particles of red fragments are also to be seen, which come from the mixture of Pong Wan herbal Powders. Met Gruad Sai enchanted sandgrains are also visible. 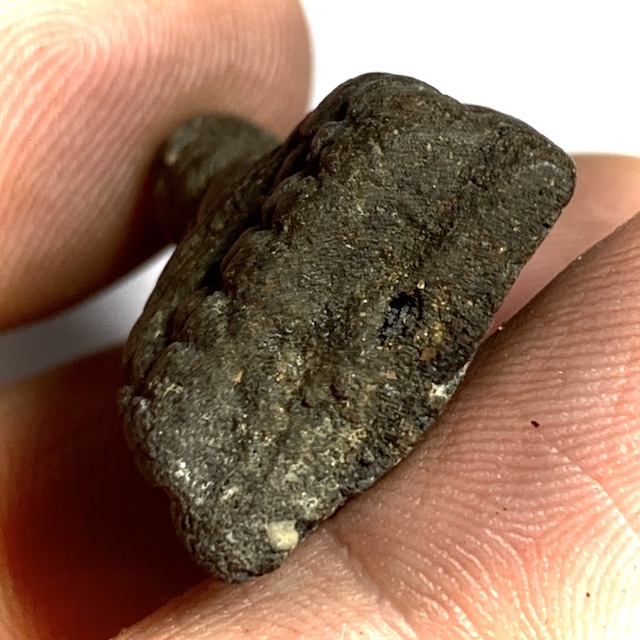 The amulet has a Takrut inserted within the base. The 'Dtamni' of the Pra Luang Por Tuad Pim Yasi Leuk is identifiable from the Pim, by checking that the head and forehead of the image is protrusive, with a rounded forehead. The chin also protrudes out from the base with quite deep relief.The arms of Luang Por Tuad also are raise high above the flat surface of the iron shaped (tao reed) amulet frame. 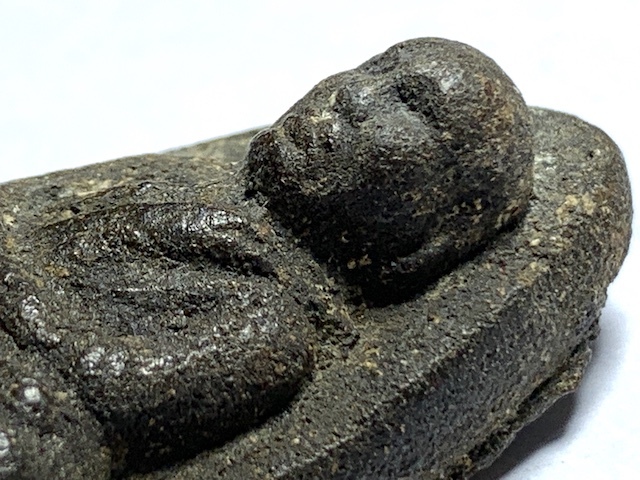 The Knees and legs of Luang Por Tuad are also quite thick on the Pim B Yai Leuk model. Some models have brownish orange flecks visible, and in truth, if you were to clean any of all the different models with a toothbrush, you would find these orange herbal flecks to be visible in all models, but some models have developed Kraap mildew which covers it, which is why it is not always instantly visible on all amulets at first look. 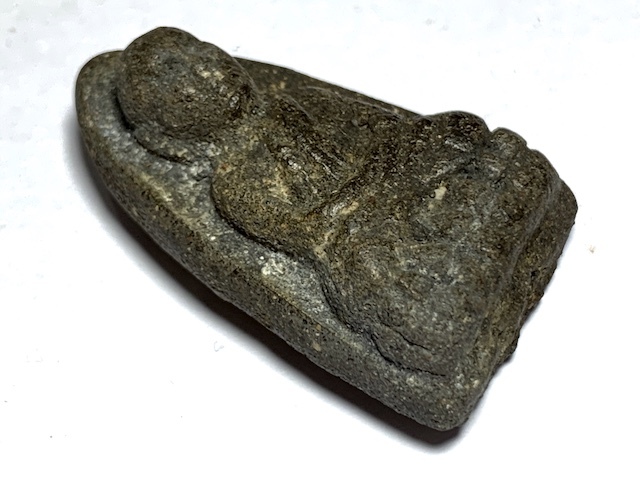 It is also important to observe if the two layered lotus dais, must have a line separating the upper and lower level running between the two stories of lotus petals. The Pim Yai Leuk ('Leuk' meaning 'deep), is so namedf, because the relief of the features of the image raise up from the flat syrface of the amulet quite noticeably, and is deeper press than other models. Although one might think the Pim A Yai Hua Kheed might be the most piopular model, it is in fact thge Pim B Yai Leuk tyhat is the most highly preferred of all models, for its deep relief and distinctive features. The prices of this model differ depending on how good condition and clear cut the image is, and can range from anything between 1000$ to 10,000$ depending on beauty and inimitability, and how well kept the amulet is. We do not pay such 10,000$ exorbitant prices, rather use the knowledge and assistance of our main advisor Ajarn Spencer, to fiind the amulets at a more affordable pricve from individual owners around the country, in order to be able to offer them at an affordable price. 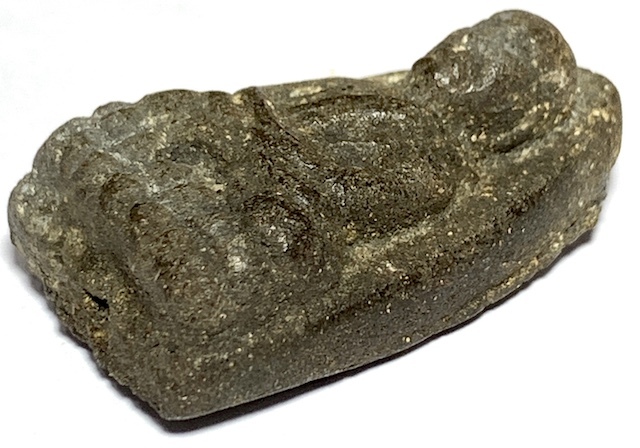 Ajarn Spencer, is highly experienced in finding and identifying Master C;ass amulets that can be found around the country, and uses his knowledge and good eye, to obtain amulets at a lower price than the Pantip and Ngam Wong Wan and Tha Prachan Showroom Holders, who charge truly exorbitant price standards, which are not necessary, and which we do not wish to preserve, as master class amulets are already pricey, and do not need any self promoted experts in suits to boost the price beyond and above what is reasonable. 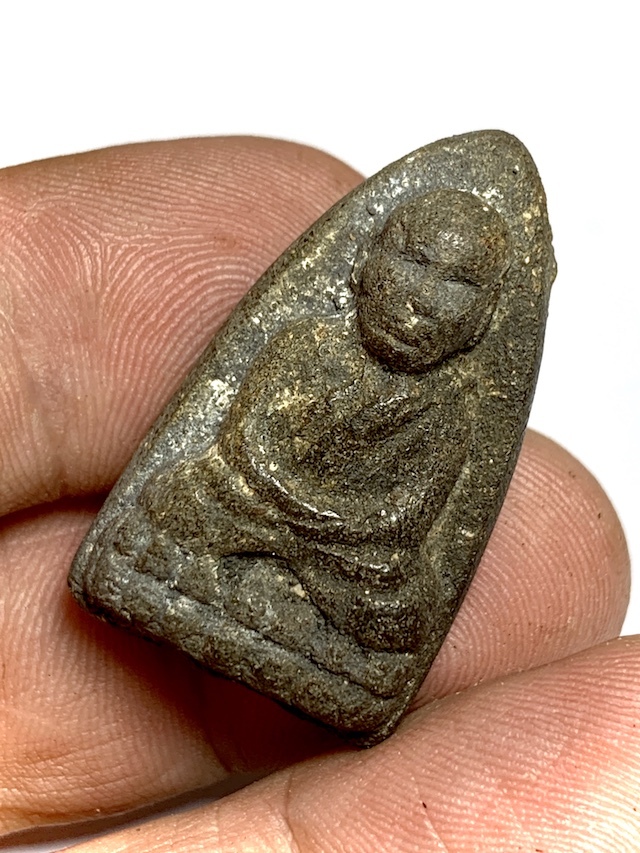 Many High End Magazines state this amulet as being valued at the 10,000$ Mark, but we stand by the concept that the publishers and the master showroom owners are in cahoots with each other, to boost prices, and in fact, if you investigate, you will see many of the Ngam Wong Wan and Tha Prachan traders are the publishers of the books, which is of course a strategy to monopolise and boost prices. 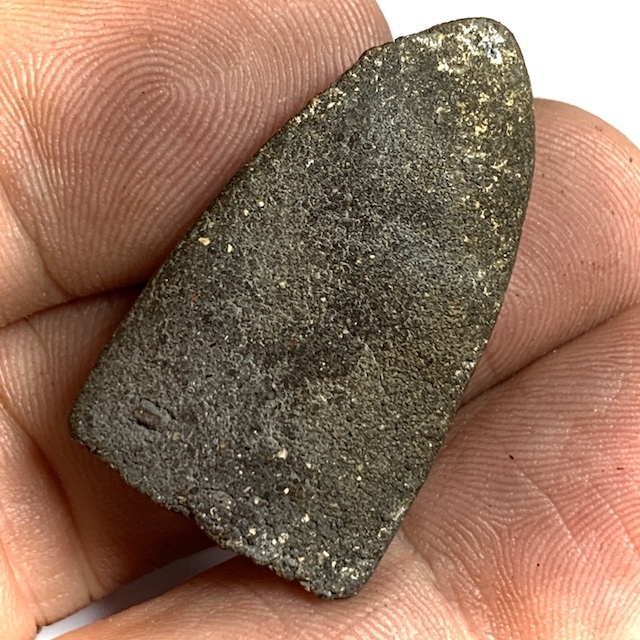 Hence, due to our approach, and dislike for such Monopolism, this amulet costs a tenth of the price of a Tha Prachan trader, and is more accessible to the finances of those devotees who always wanted one of these most famous and prestigious amulets, so famous for their physical wellbeing and protection, Guru Worship, and wealthy fortunes. 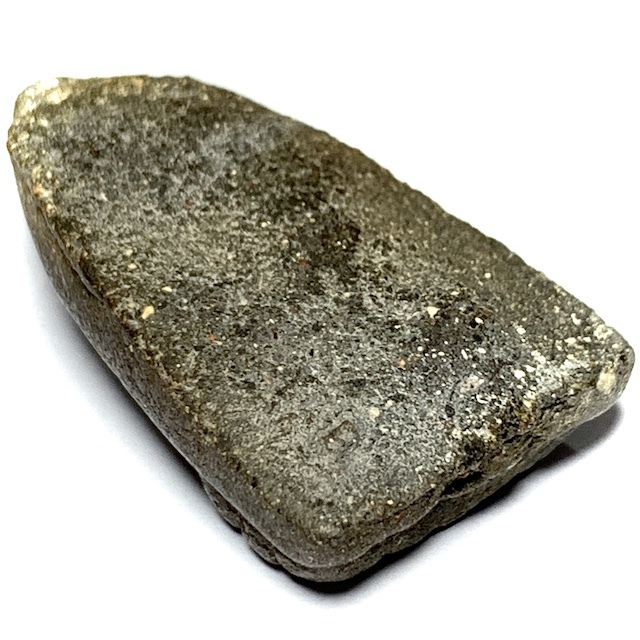 The long time that has passed since their making has allowed the amulets to develop a soft and condensed appearance from the contraction of Muan Sarn Clay, with great character and depth.

Below, a High End amulet magazine from some years ago displaying an exhibit of the Pim A Yai Hua Kheed, at a price of 10,000$ (300,000 Baht). The PimA Yai Hua Kheed is less preferred than this Pim Yai Leuk Model 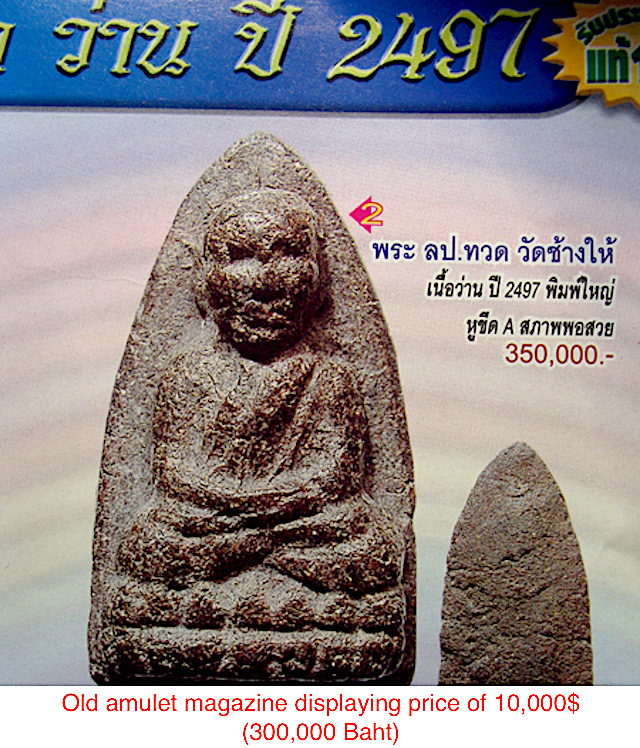 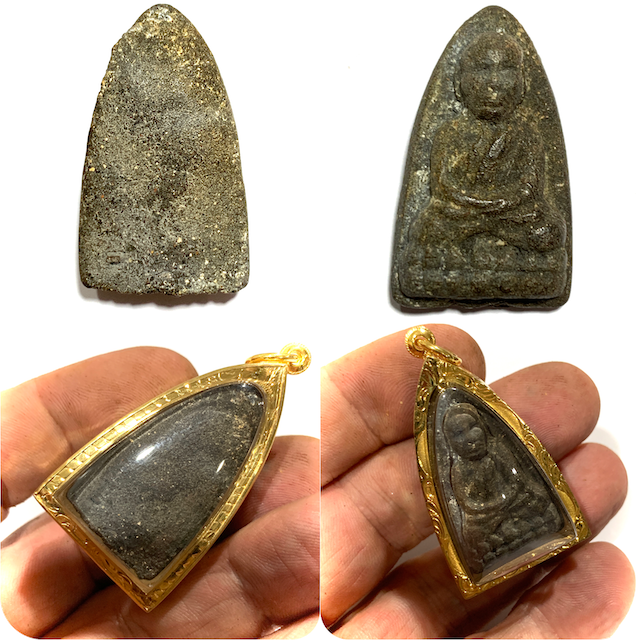 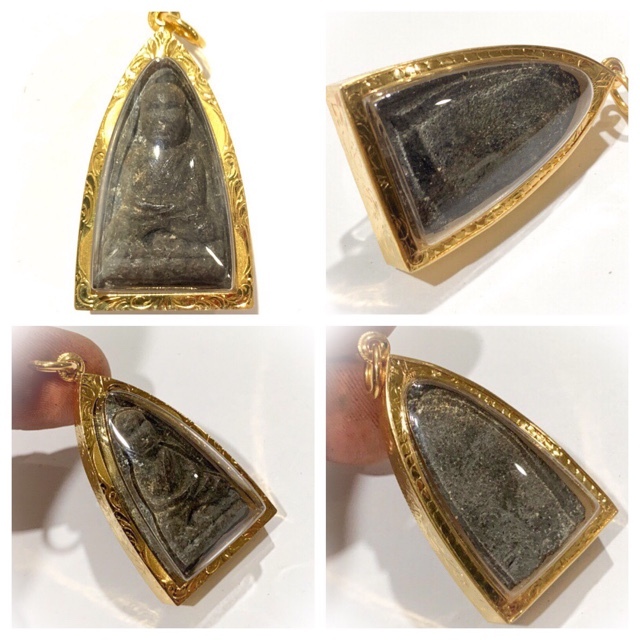