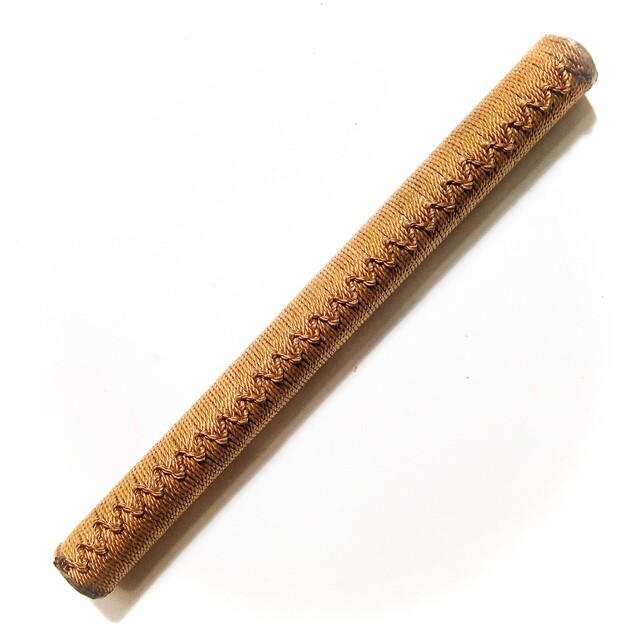 A Classic Preferred Model, the Takrut Tone Sorng Kasat Thak Chueak Lai Hyak Khang (Zig Zag on the side) model amulet, from the Great Luang Por Tob of Wat Chon Daen (Wat Chang Phueak). An extremely rare classic 'Krueang Rang Niyom' preferred Category Takrut Tone Yantra Scroll amulet, visibly from the hand of Luang Por Tob using his 2K (copper, and leaden foils) concentrically wrapped into one scroll, wrapped with Chueak Akom magical spellbound cord wrap. Made during the middle Era of Luang Por Tob's trajectory, between around 2485-2490 BE. the Takrut Tone of Luang Por Tob is highly renowned for its powerful Kong Grapan Chadtri, Klaew Klaad, and Maha Ud power. His most preferred Takrut are those which are made in 2K and 3K (2 or 3 different types of metal Yant Foils concentrically wrapped), for their ease of recognition, and the good amount of documentation on this particular model, which reinfoces its authenticity with greater ease than lesser known models. 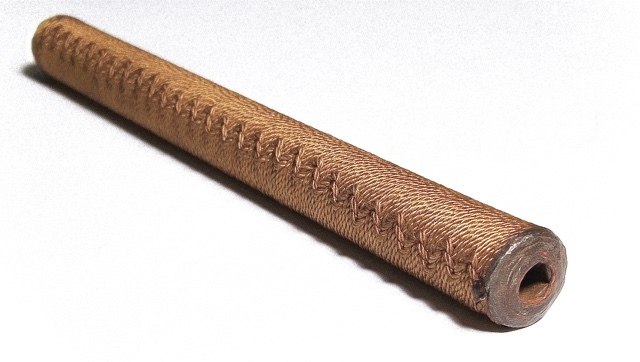 This exhibit is 5 Inches long, and is 'Krob Suudt', meaning the Takrut contains all the features of the preferred 'Niyom' class amulets of Luang Por Tob, for the visible classic double concentric scroll in '2K' (Sorng Kasat), a method used to bind the spell using 2 different types of metallic Yantra foils; lead, and copper, to combine and channel twin magical forces using the conductivity of 'Sorng Kasat' '2 Kings' double metallic concentric Yantra Foils. The Takrut has been obviously been reinforced with cord wrap a second time during later years by a devotee, using the precise same zig-zag method used by the #1 artisan of Luang Por Tob Inches, The Leaden and Copper Yantra foils visible at the open ends, show their obvious age, revealing an early-mid era Takrut of Luang Por Tob witin the Cord Wrap covering. The Takrut is 5 inches long and advisable for wearing on a waist cord, weighing in at 80 Grame cord wrap, which is pristinely woven. s (up to 100 Grams with Casing)., 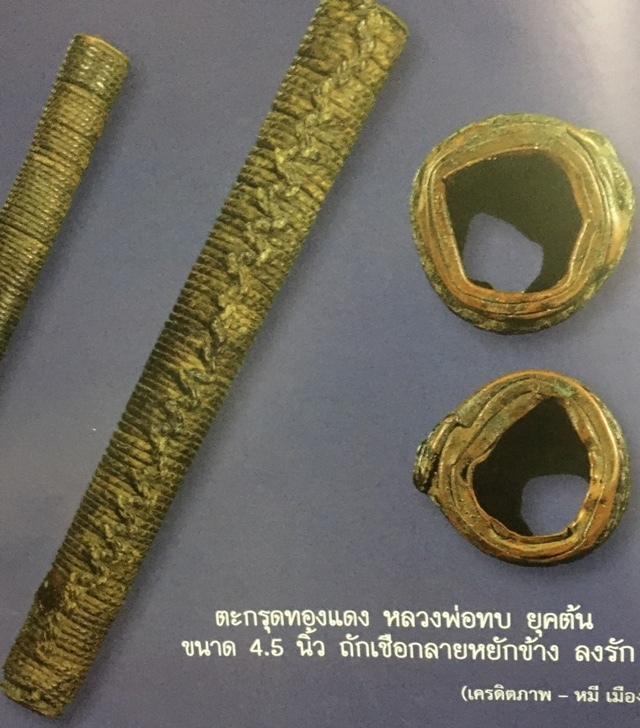 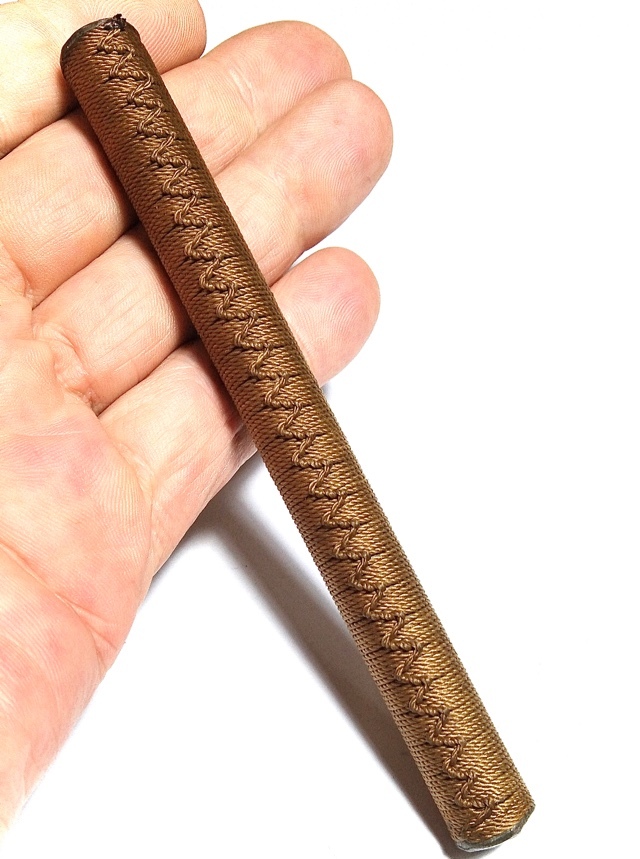 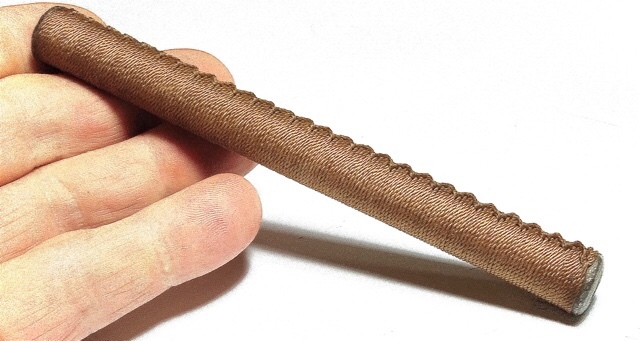 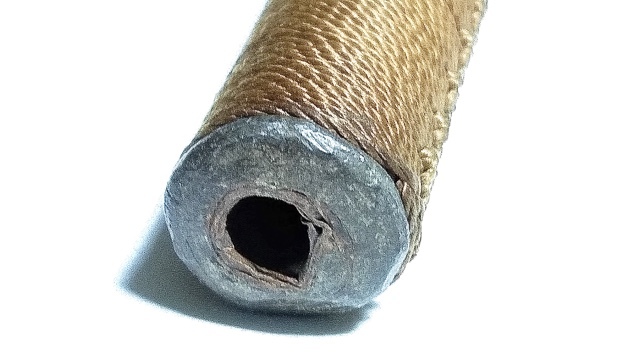 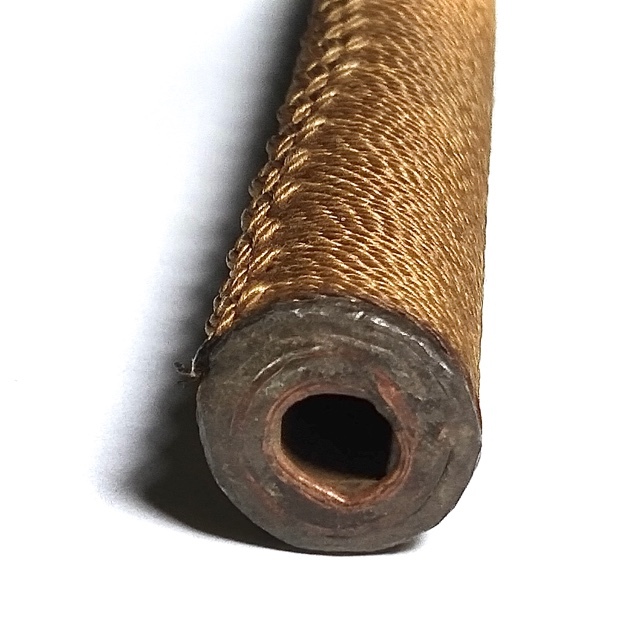 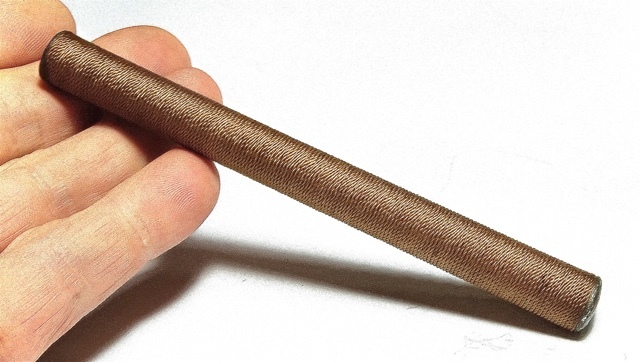 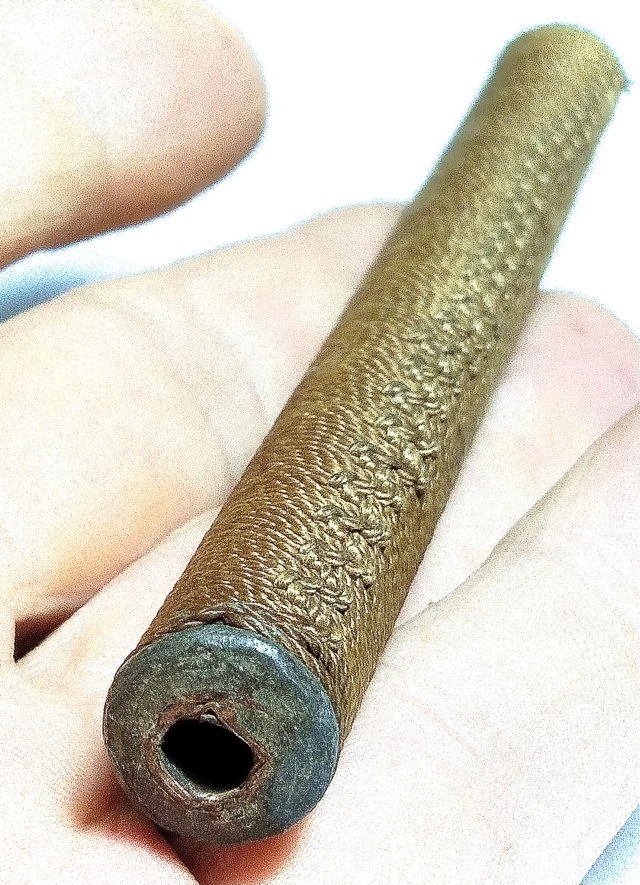 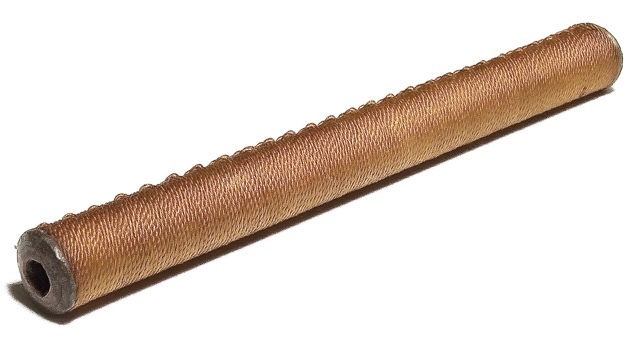 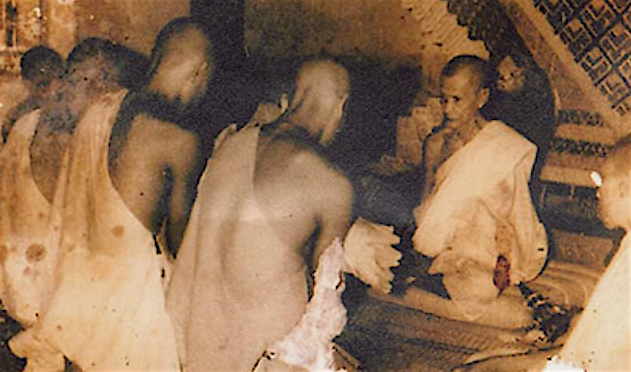 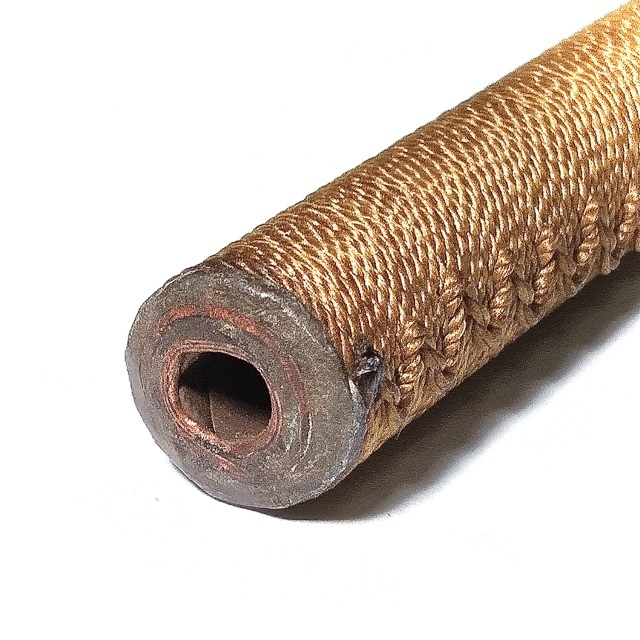 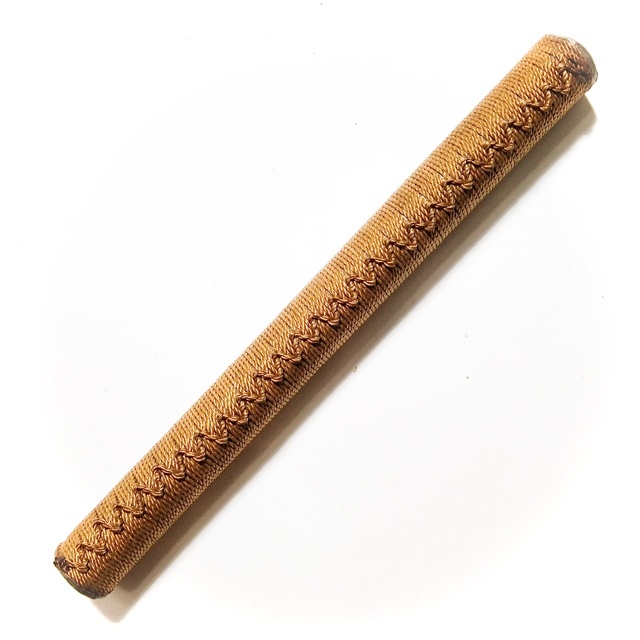 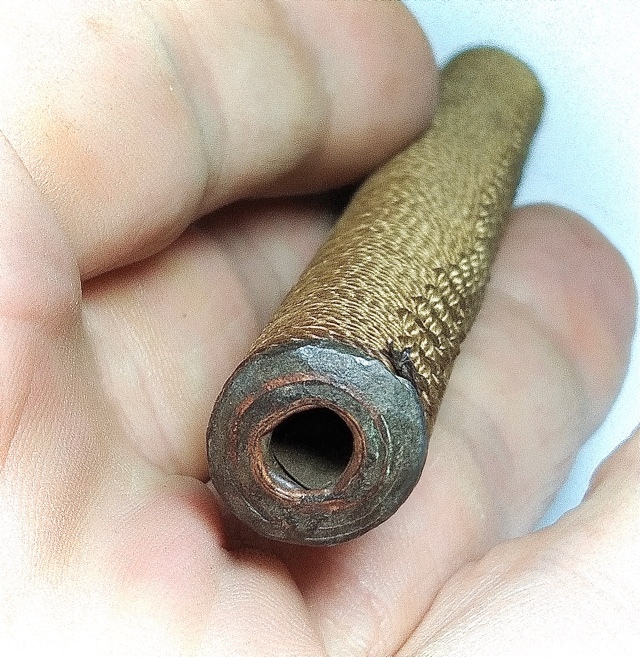 His charms and Talismans are legendary for their power of Kong Grapan Chadtri, Klaew Klaad, and Maha Ud Magic. His Takrut Tone Tak Daay Cord-Bound Yantra scroll spells are the most highly sought after amulets in the ’Sian Pra’ amulet collector societies, and carry heavy prices to them, and are in some models, immensely rare to find, especially 2K and 3K versions. Luang Por Tob was the Kroo Ba Ajarn of many of the great Masters we know in recent times, including the great Luang Phu Khui of Wat Sap Takian, who is also now yet another deceased Master, whose amulets, and Wicha Kong Grapan Chadtri were legendary. 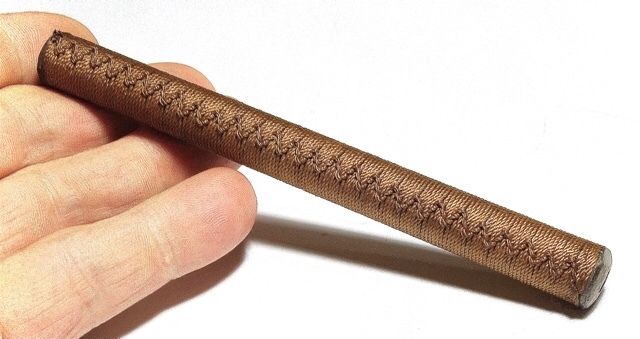 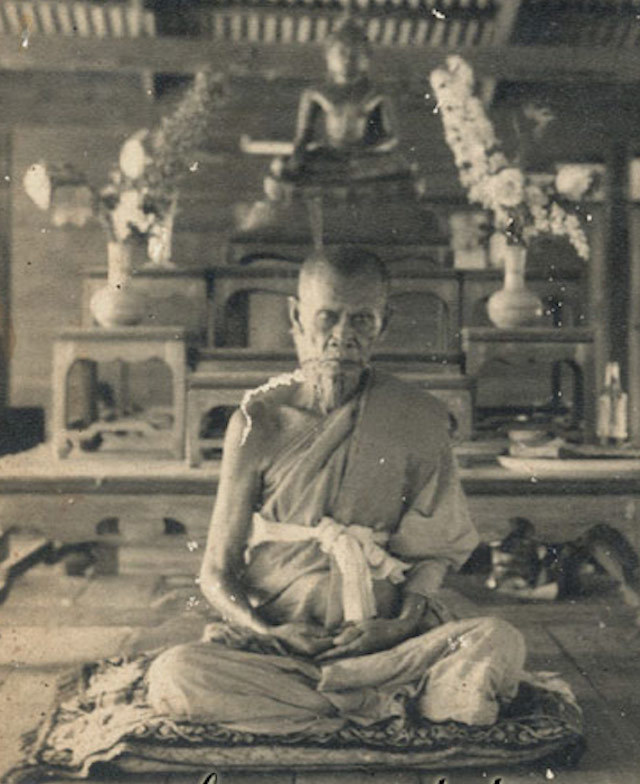 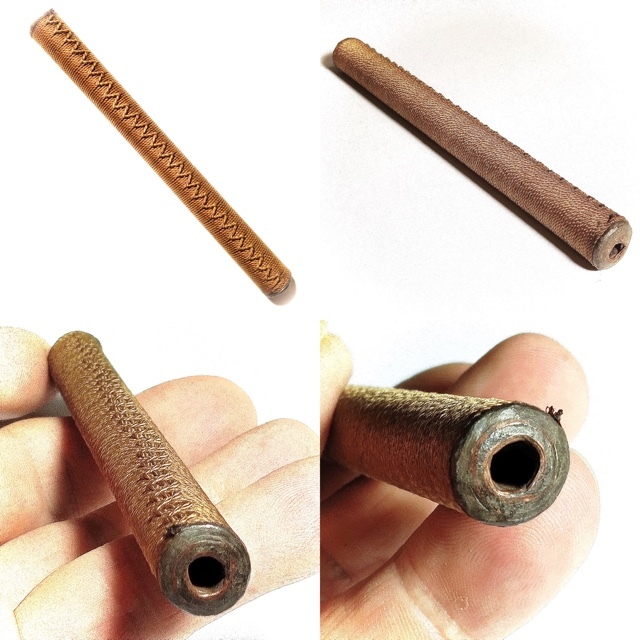