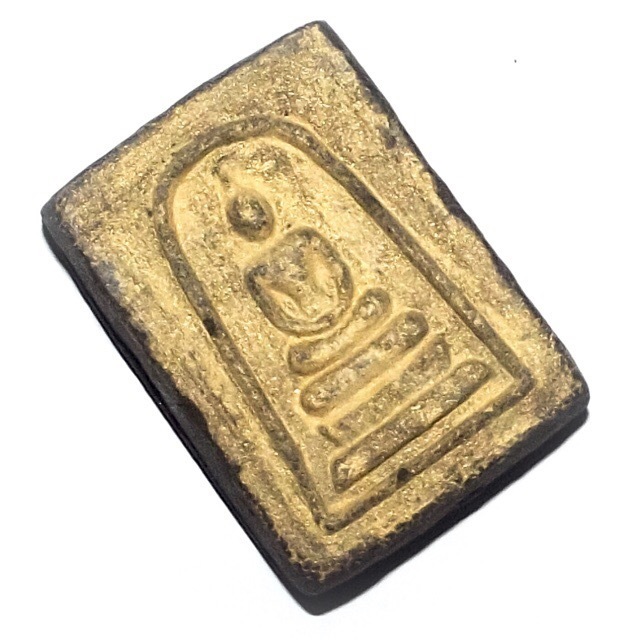 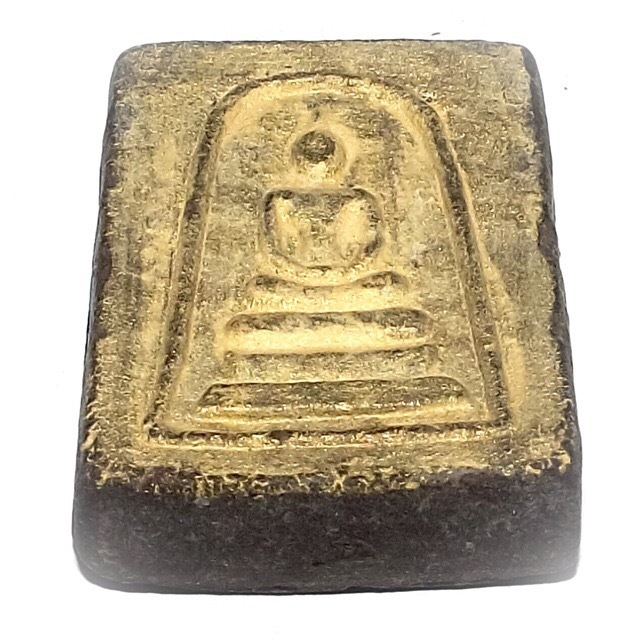 This amulet is actually called 'Pra Somdej Hnaa Tong Hlang Ngern', or 'Pra Somdej Hlang Sangkajjai Na Chaa Li Dti', and is distinguished for its gold leaf front face, and silver powder flecks on rear face. However, the Pim has been given a popular nickname of 'Pra Somdej Pai Bpok'. 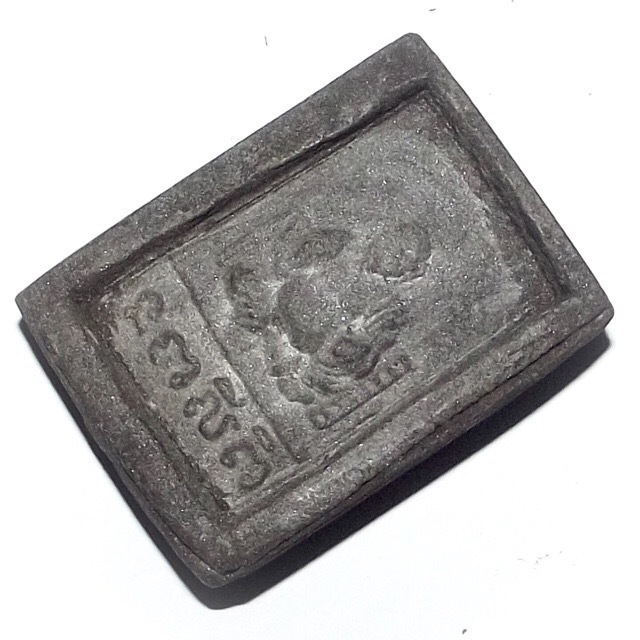 The Pim is a Pra Somdej Pim Yai Pra Pratan (Buddha touching the earth), with the Sangkajjayana Buddha on the rear face. Most of this series of amulets were made with a golden leaf pasting on the front face, and silver powders sprinkled on the rear, but a few were also made with bronze or red front faces and are to be found occasionally. 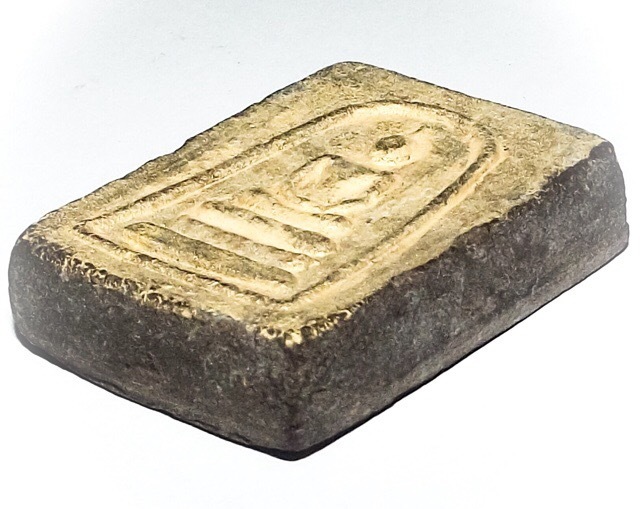 This amulet is famous for its power to increase 'Choke Lap' for increased Lucky Streaks, and is a favorite of devotees of Luang Por Pina who like to Gamble. Many stories of rags to riches have been told about this amulet's powers, for which it is a highly preferred and jealously guarded talisman of many a Devotee, who will not wish to part with their prized Pra Somdej Pai Bpok, for its certain powers. 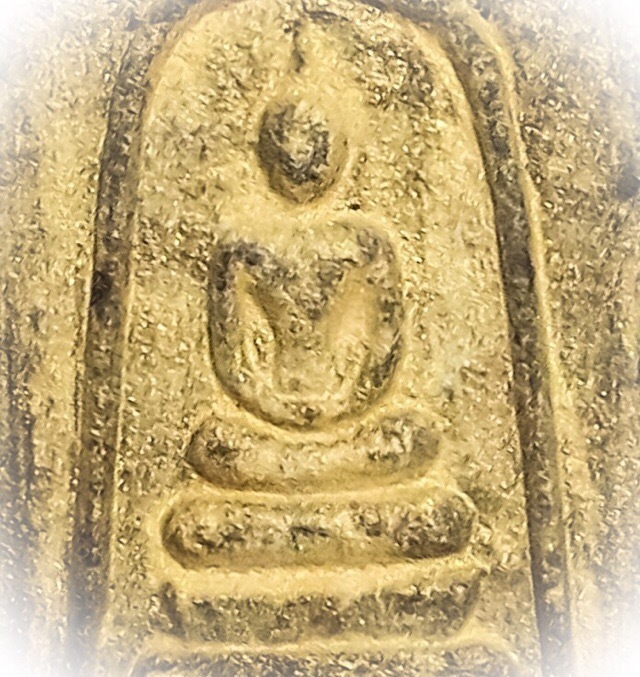 The devotees of Luang Por Pina took this amulet when it was released, and used it to hold in their hand as they played 'Bpok Daeng' (a card game for gambling), and prayed for the amulet to repeat the 'Bpok' winning hand, by praying for it to 'Bpok Bpok Bpok', and it did repeatedly! They went back to the temple to tell the tale to Luang Por Pina, who admonished them saying that Gambling is not wise, and not to do it, but one of these Gambler Devotees could just not stop gambling, and used the amulet again and again, with successful results, and became rich. 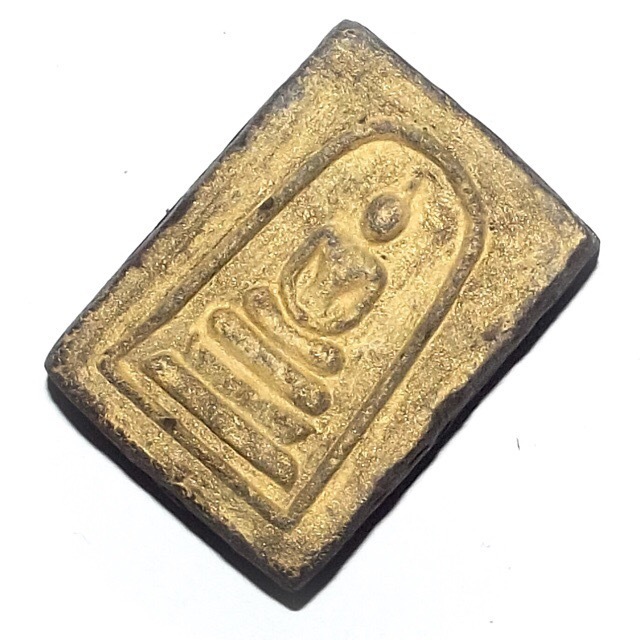 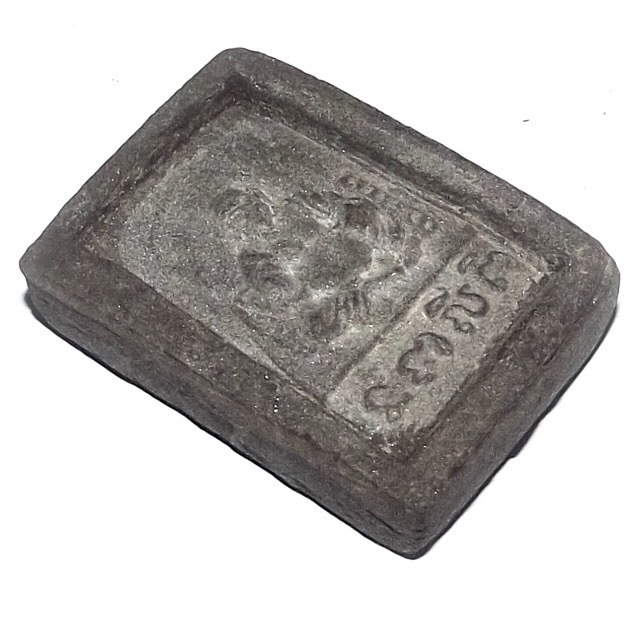 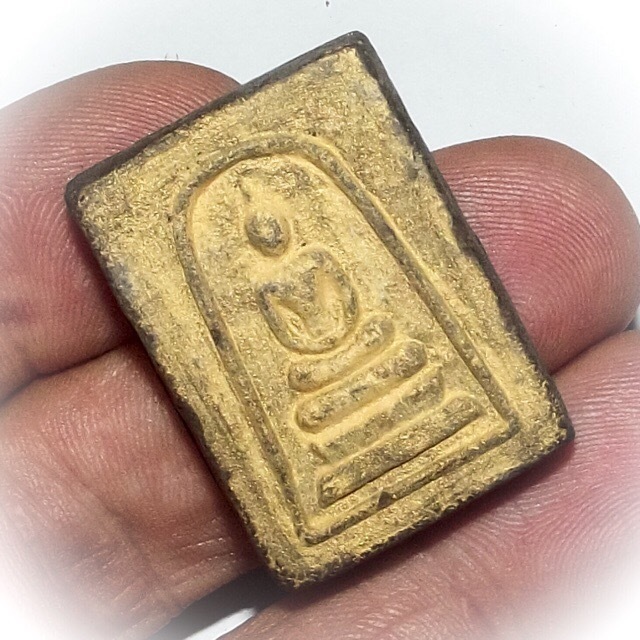 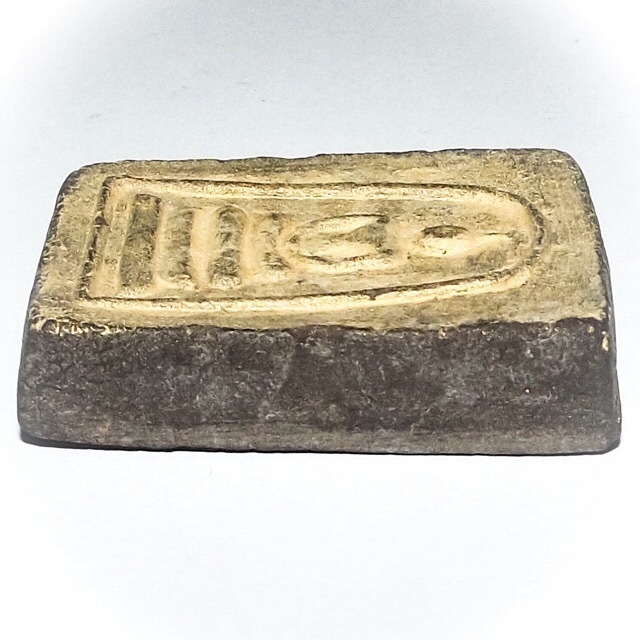 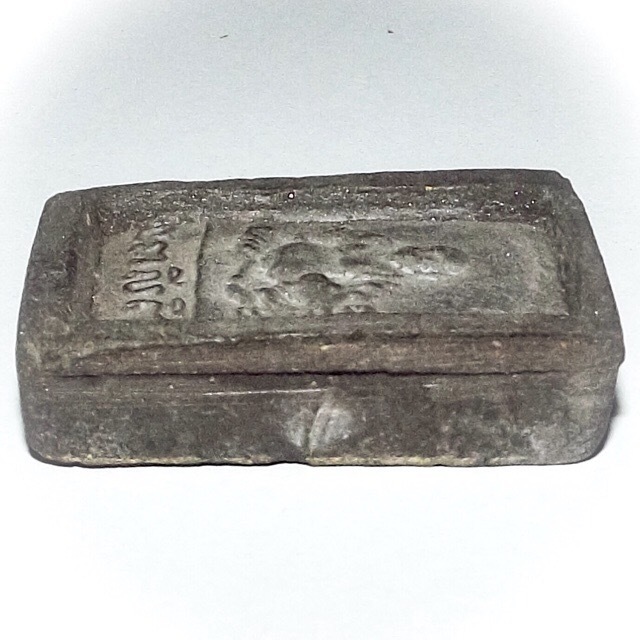 Luang Por Pina was most famous for his Palad Khik Hua Chamot, Sacred Powder two sided Buddha Amulets, and his Daw Nai Pan/mae Nuea Horm Lucky Star Amulets. His Daw Nai Pan is legendary and has a very deep meaning to it, which we recommend learning about; If you listen to the three quarter of an hour talk and explanation of the Sacred Daw Nai Pan, along with a short Biography of Luang Por Pina, recounted and narrated by Ajarn Spencer Littlewood in the below Podcast. 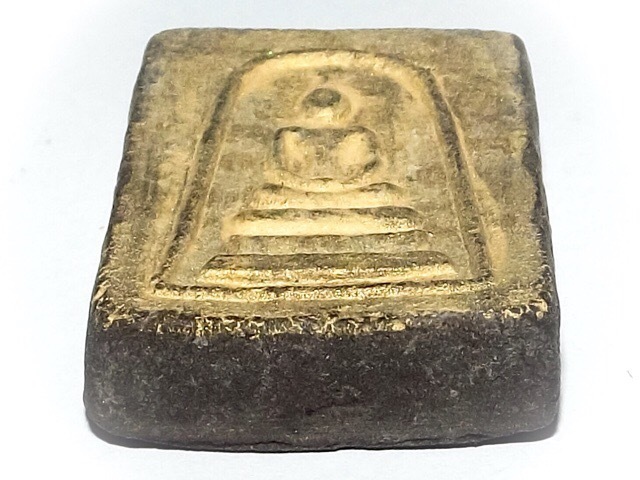 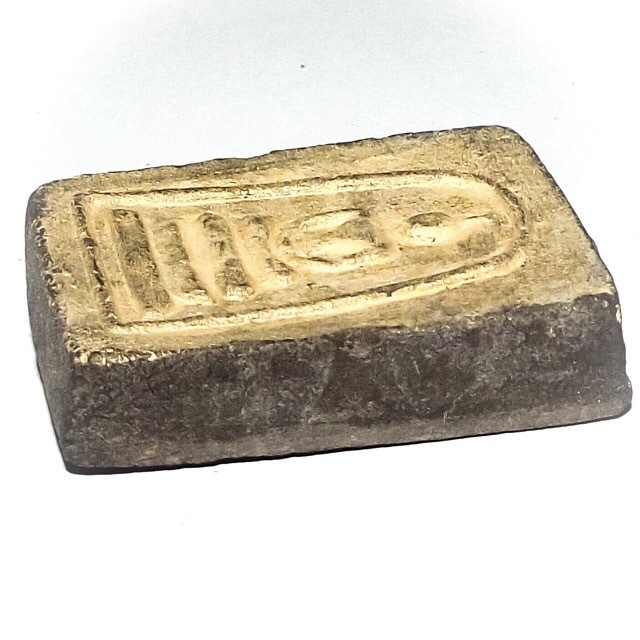 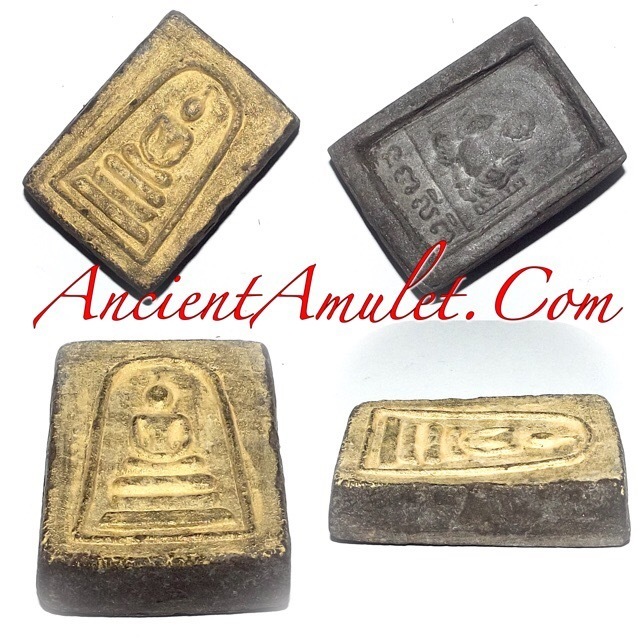