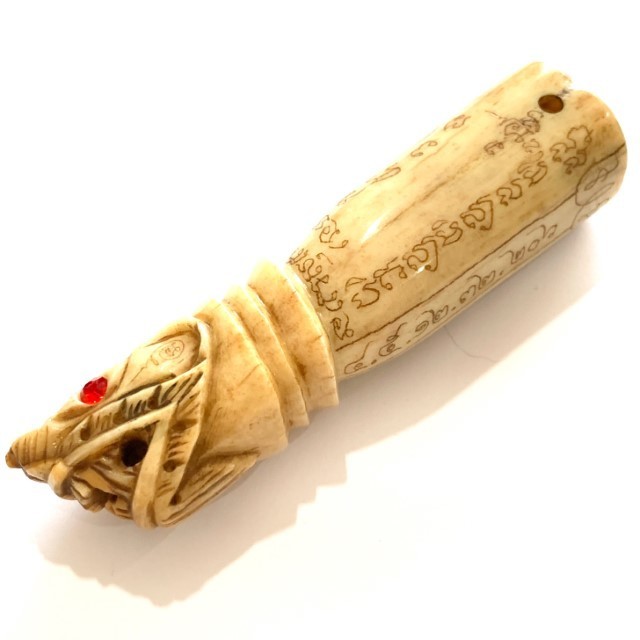 A large size 4 Inch Long 1 Inch Thick pristinely well carved design model, of one of the Most Famous Palad Khik amulets of all time, and in one of the rarest and most sought after materials; The Palad Khik Hua Chamot Mai Gae carved Palad Khik of Luang Por Pina (Wat Sanom Lao), in Nuea Nga (Ivory), with gemstone eyes, Muan Sarn inserted within the interior, and a most expertly and exquisitely carved design from a Master Artisan of Luang Por Pina. The Palad Khik is completely covered with hand inscriptions of the Sacred Yant Na Ok Dtaek, and the invocation of the four elements, and other Buddhist Prayers and Formulas of Sacred Geometry, such as the special Na Metta of LP Pina. 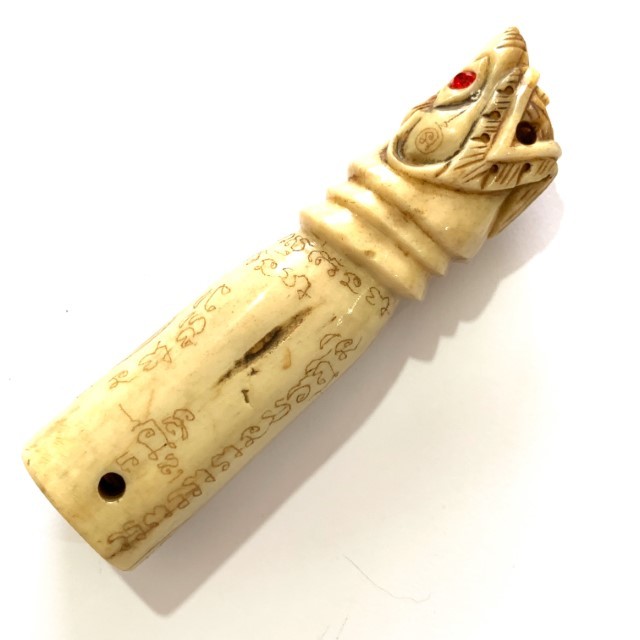 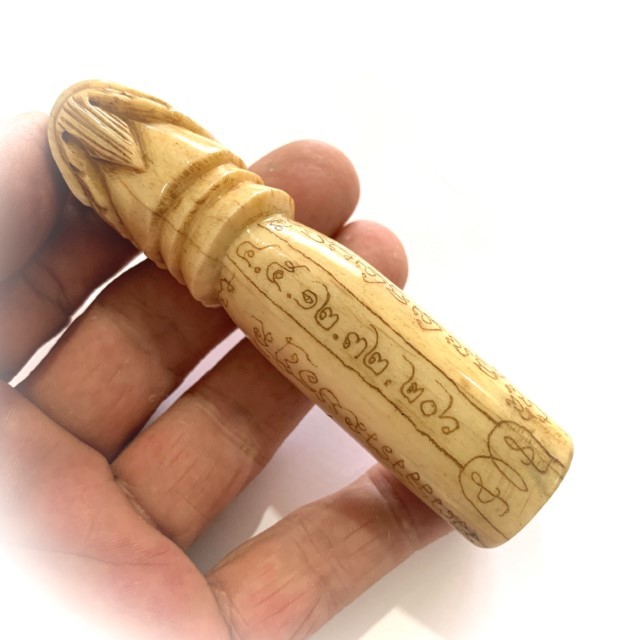 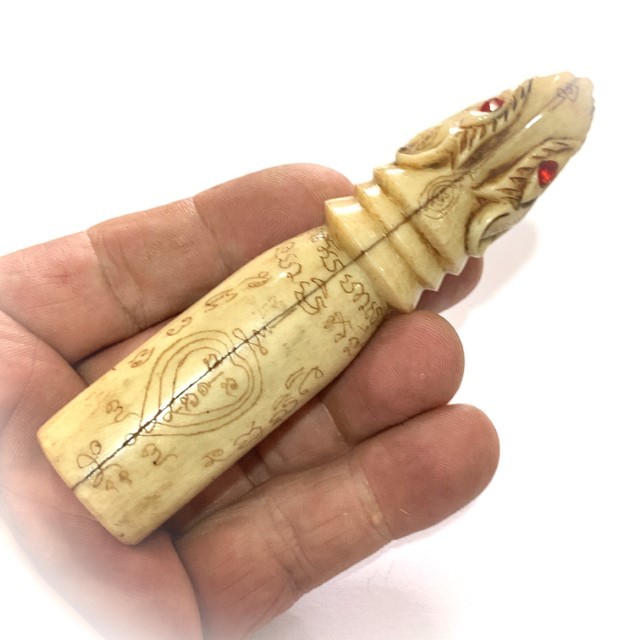 Below; hand scratched etchings of Luang PorPina's Famous Sacred Na Ok Dtaek Heart-Breaker Spell Yantra Inscription on the side of the Palad Khik, which is an essential part of Wicha Palad Khik 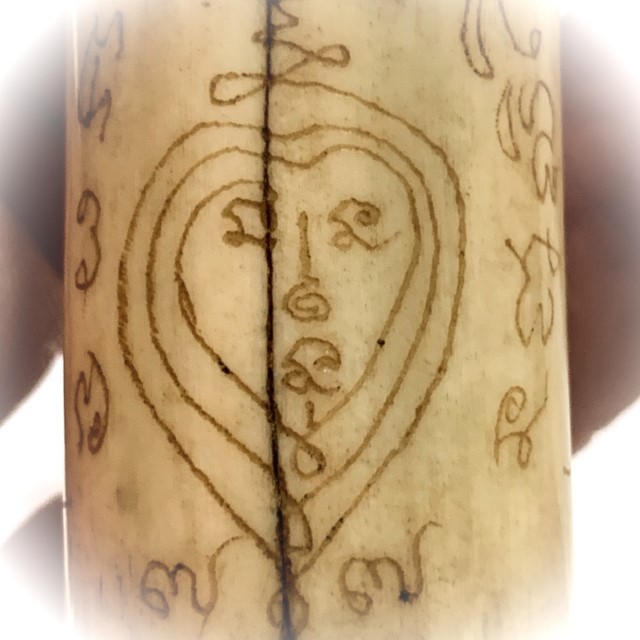 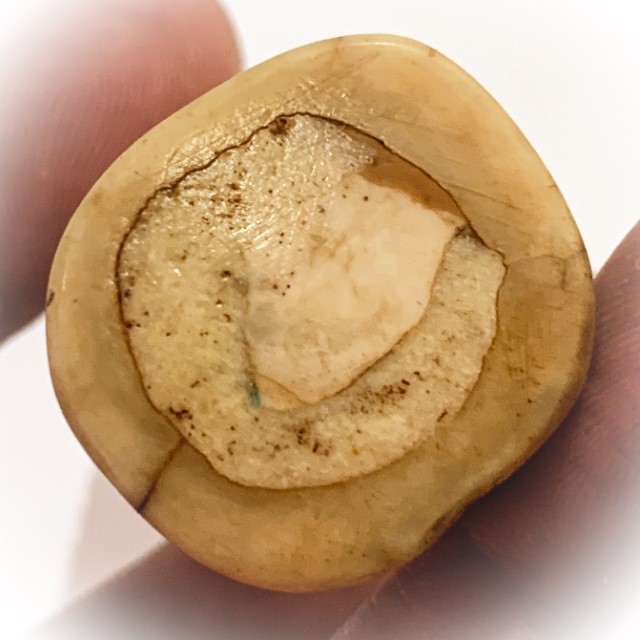 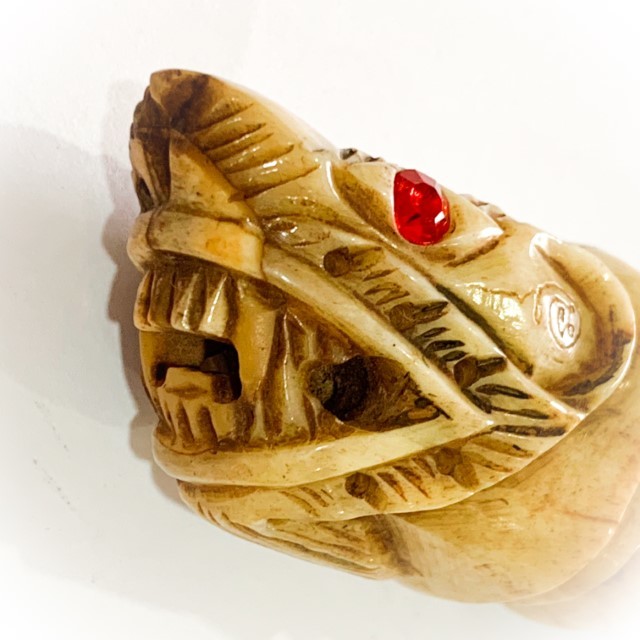 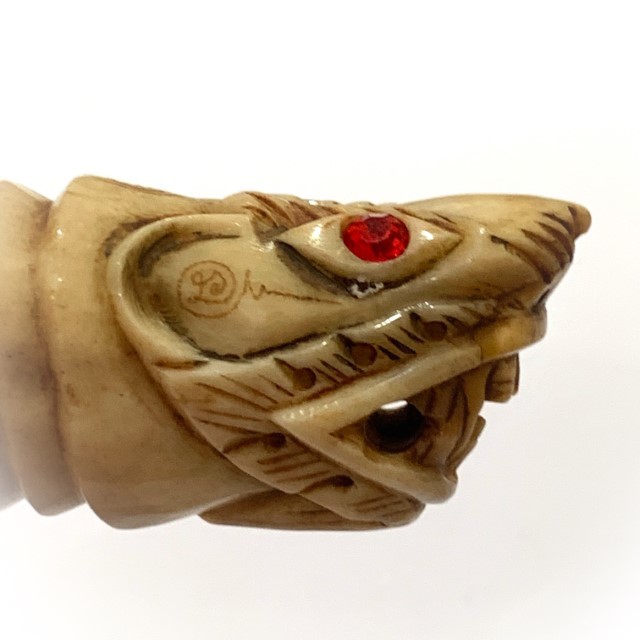 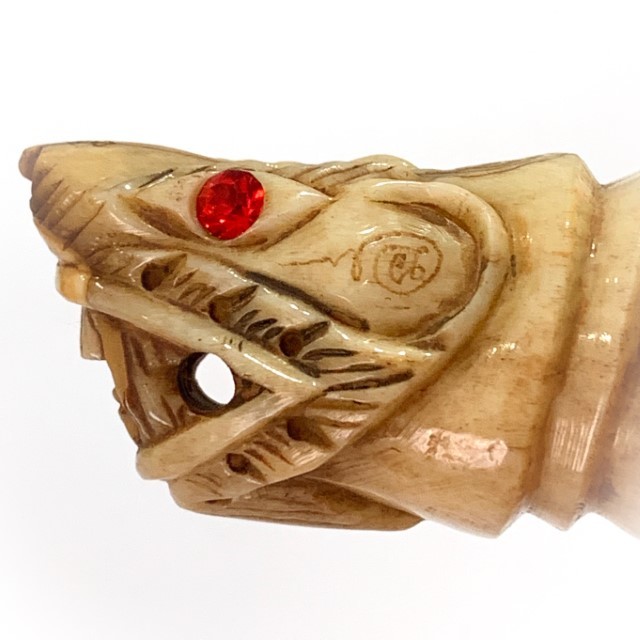 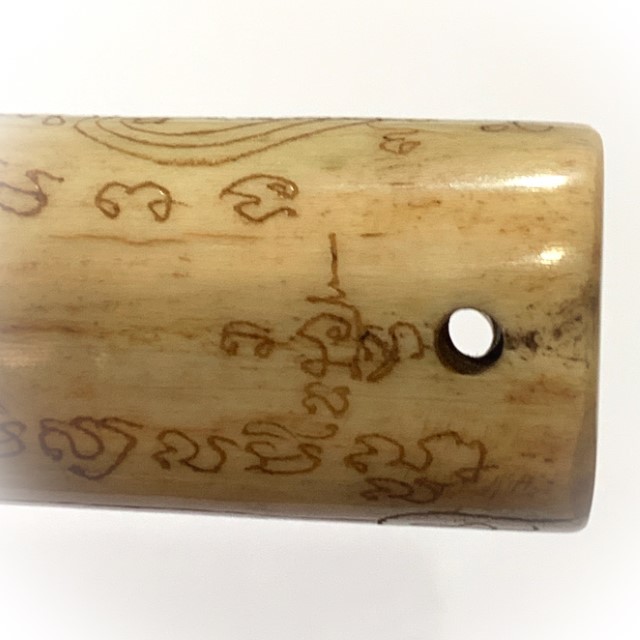 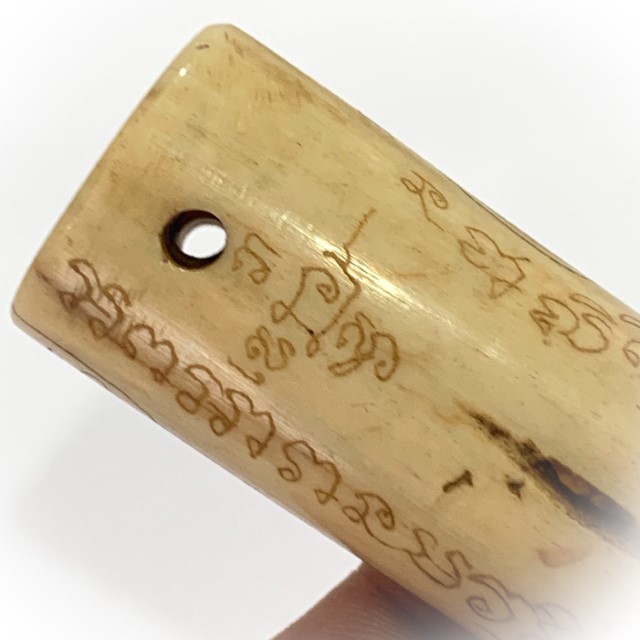 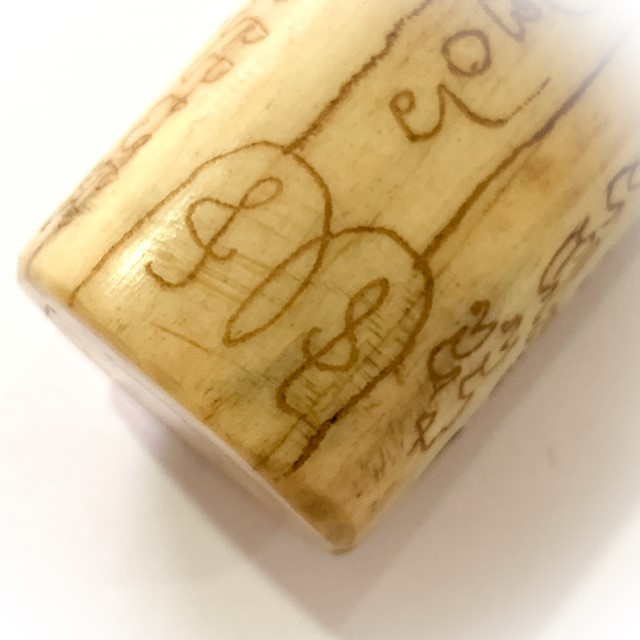 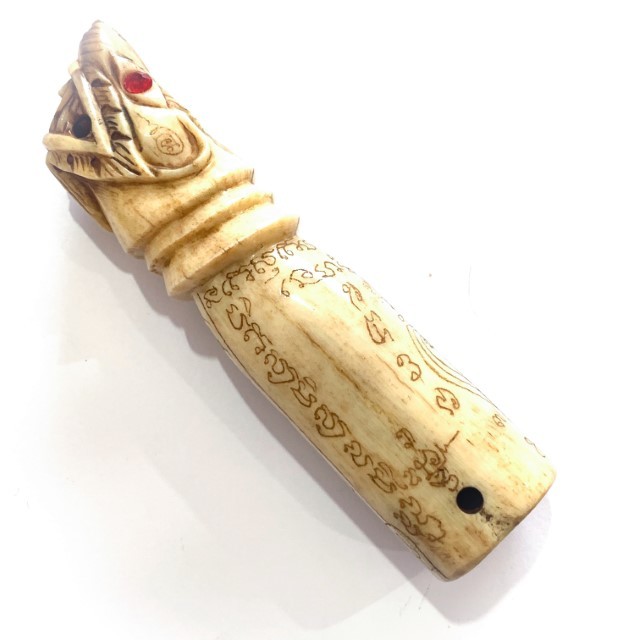 Below; the Sacred Yant Na Metta spell inscribed on the Palad Khik, which is an essential aspect of the true Wicha Palad Khik of the Dtamra Saiyasart Thai Grimoires of Sorcery 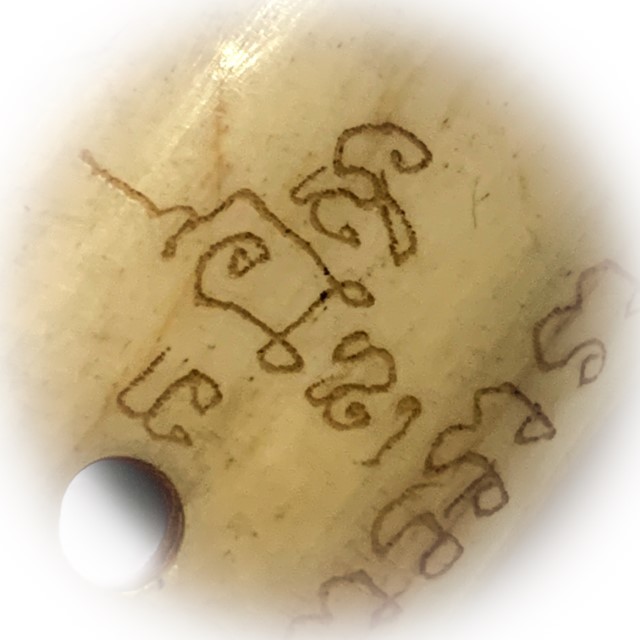 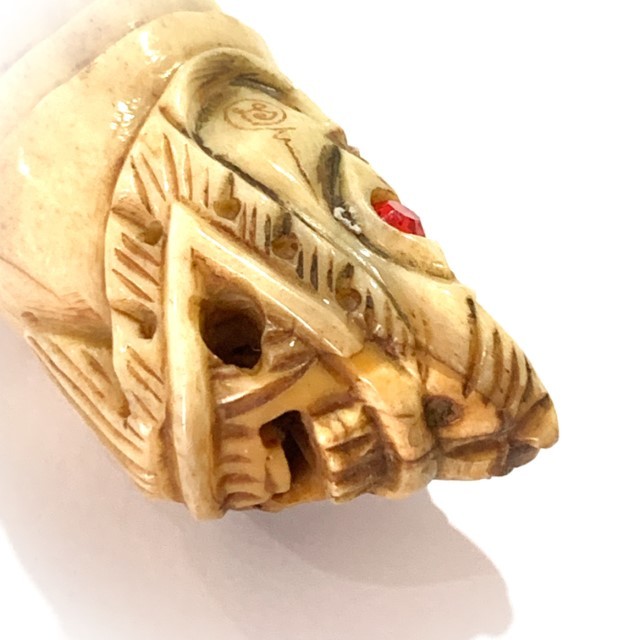 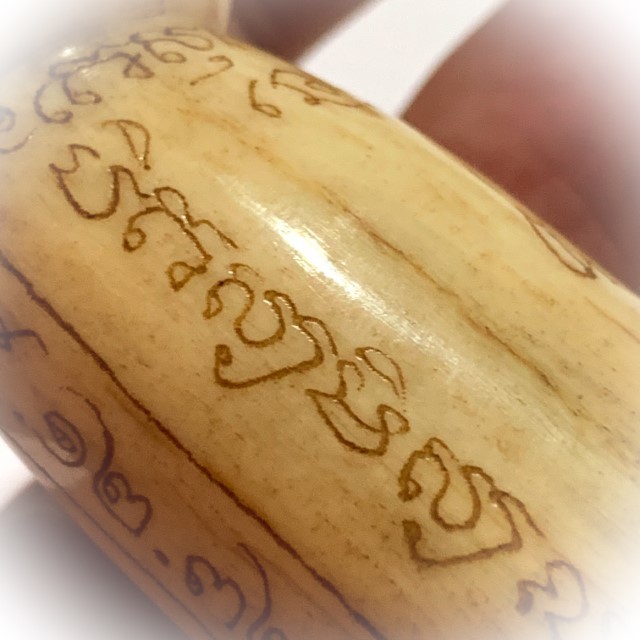 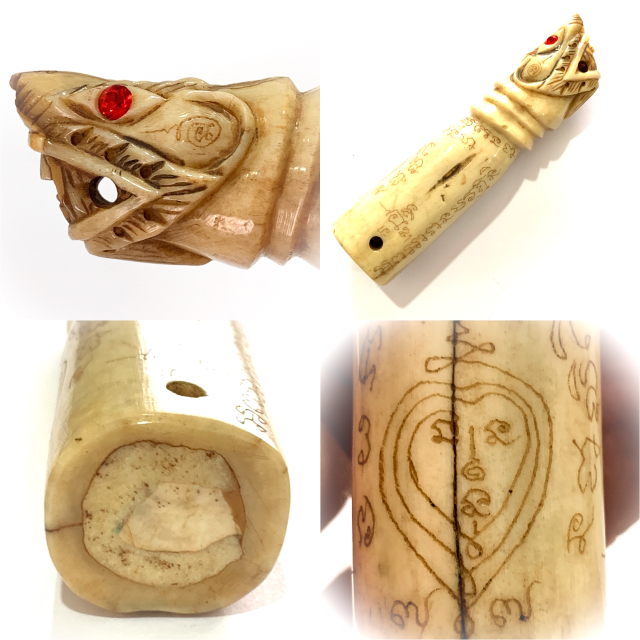