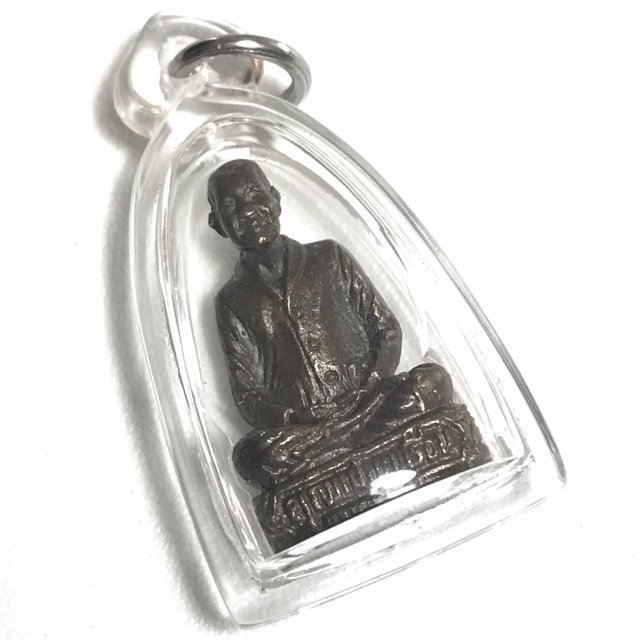 An extremely rare limited edition Pim Niyom amulet that is seldomly seen, the Sacred Roop Lor Loi Ongk Statuette in Nuea Rae Maekasit alchemical meta alloy, with the image of the Great Thai Buddhist Nun, Mae Chee Bun Ruean, of Wat Awut and Wat Sarnath. Mae Chee Bun Ruean was famous for her 'Pra Putto Noi' amulet, Thung Khiaw Hniaw Sap treasure pouches, and Khaw Dtok Pra Ruang Sacred Elements. Her amulets and those in her image enjoy immense reverence with Buddhist Folk of every Province in Thailand, for her great healing powers and her Merits made for Buddism, and her meditative prowess and teachings. 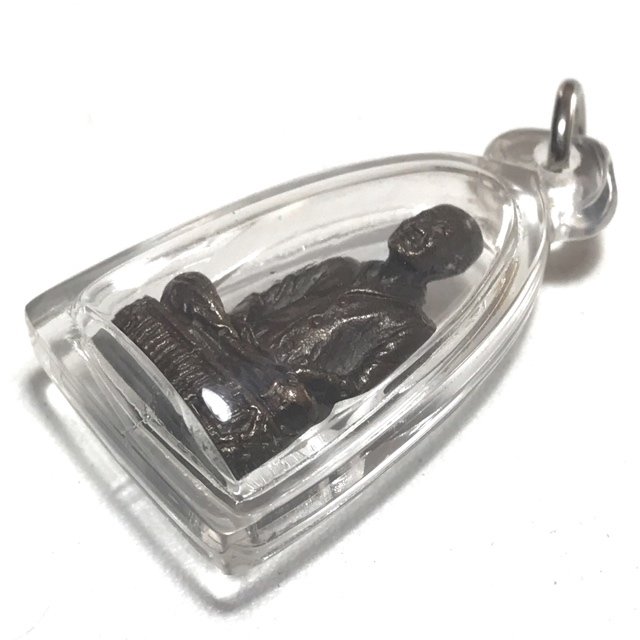 The Roop Lor is made from Nuea Maekasit, a special magical alloy forged using metallurgy and alchemy, and was blessed in 2521 BE at Wat Awut, with the Great Luang Phu To of Wat Pradoo Chimplee presiding over the Blessing ceremony and empowerment.

It is worthy for students of amulets to note, than a later edition of the Roop Lor Mae Chee Bun Ruean was also famously released in the year 2532 BE with Luang Phu Buddha Thanawaro performing blessings. the 2521 BE and 2532 BE editions asre noticeably different by the fact that the later 2532 BE edition had Muan Sarn Sacred Powders filling in the base of the Loi Ongk Statuette. 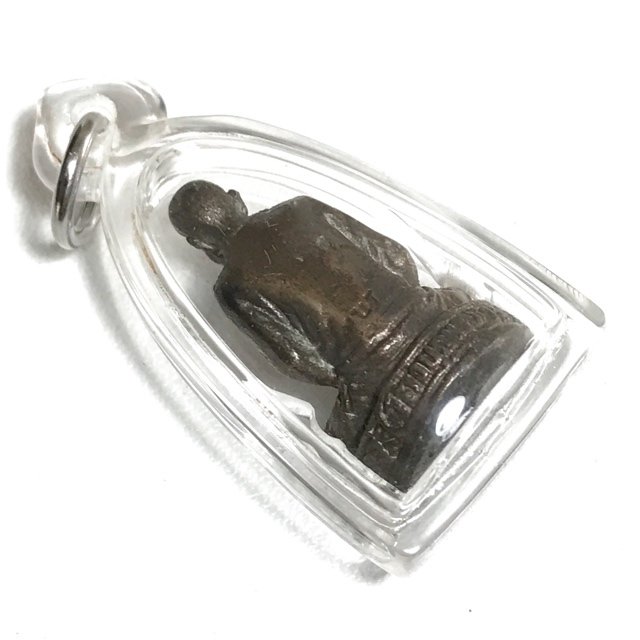 Nuea Maekasit is obtained by Alchemically smelting Iron Artifacts, with Mercury as the main base Magical ingredient, and performing Elemental Invocations until the structure of the metal changes, and becomes a sacred Metal of Alchemical Nature. Alchemy and Metallurgy are combined here as one facet of the various aspects of empowerment of the amulet. The Maekasit and Maekapat Sacred Alchemical Metals are not only especially apt for channelling Magical Forces. 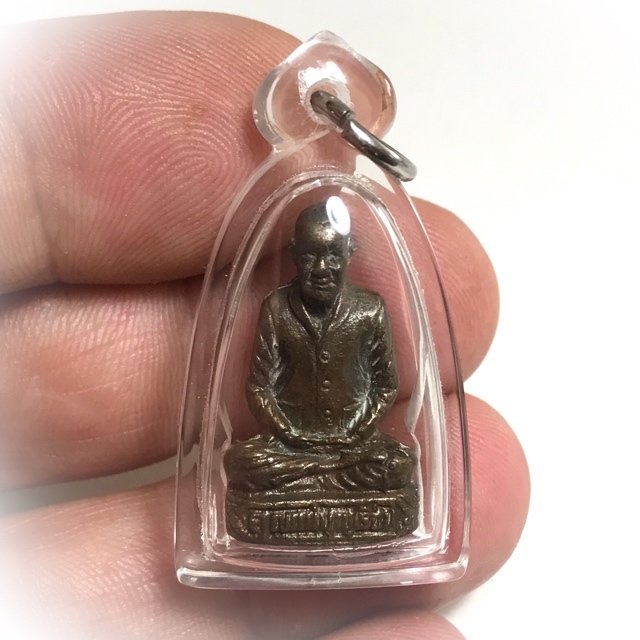 This is only possible with metals which will usually not smelt, by the use of Incantation and Meditative Prowess, as well as Metallurgical expertise and experience in this Wicha, because the turning point must be held at a precise temperature, along with the proper incantations, which must be performed simultaneously as the separate substances melt and are forged into one substance. The resulting alchemical alloy may take on any of a number of colour tones, depending on the formula of Kaya Siddhi substances used, and the nature of the Magic. Colours can range from matt black, silvered, rusty red, to bluebottle blue and greenbottle green, silver, and even golden and purple, much like Lek Lai Kaya Siddhi Adamantine Substance. 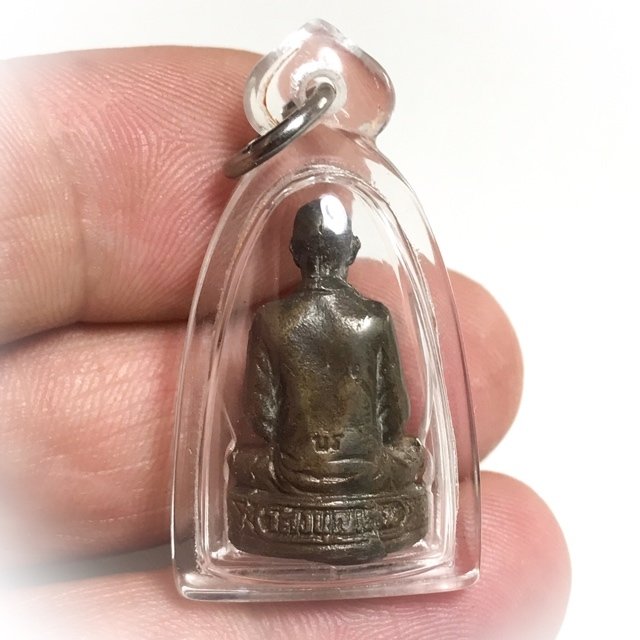 The Roop lor is made from cast alchemical iron alloy with blackened finish, with series edition code stamp on the rear side of the image, and is hence a preferred pim, which devotees prefer above those versions with no code stamp. 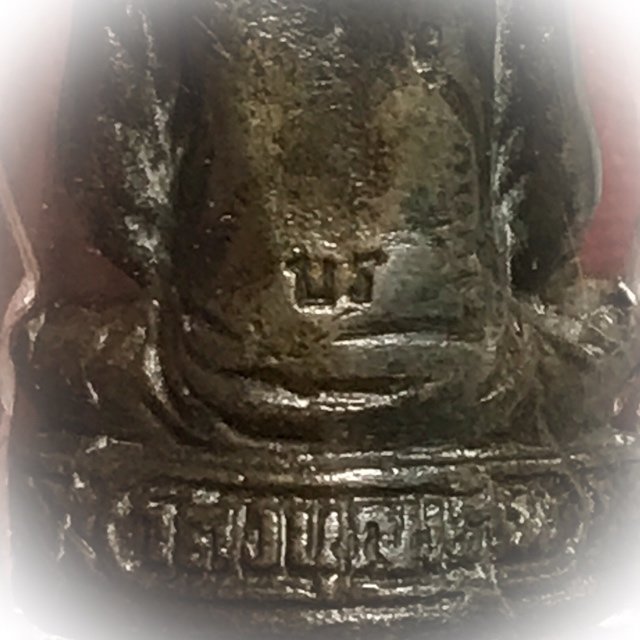 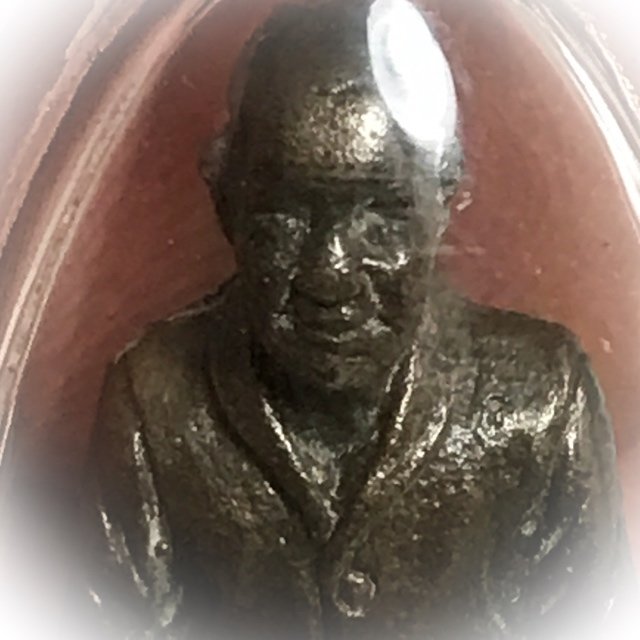 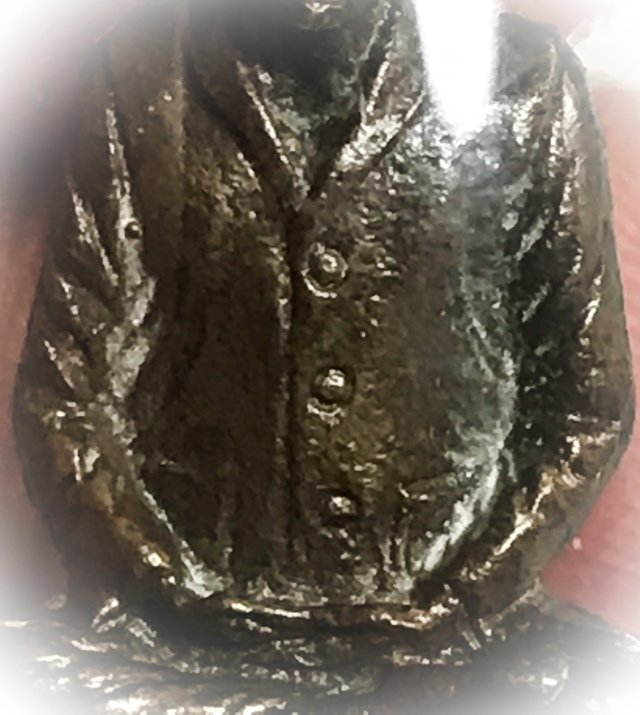 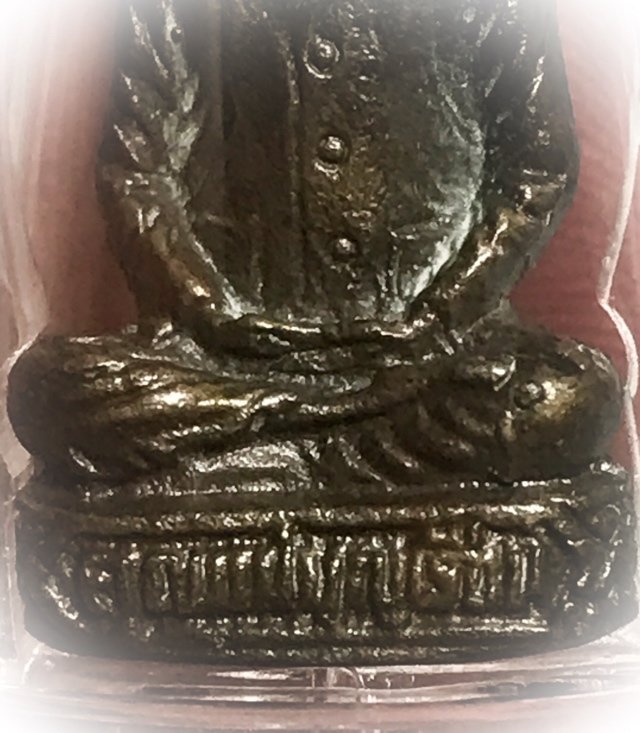 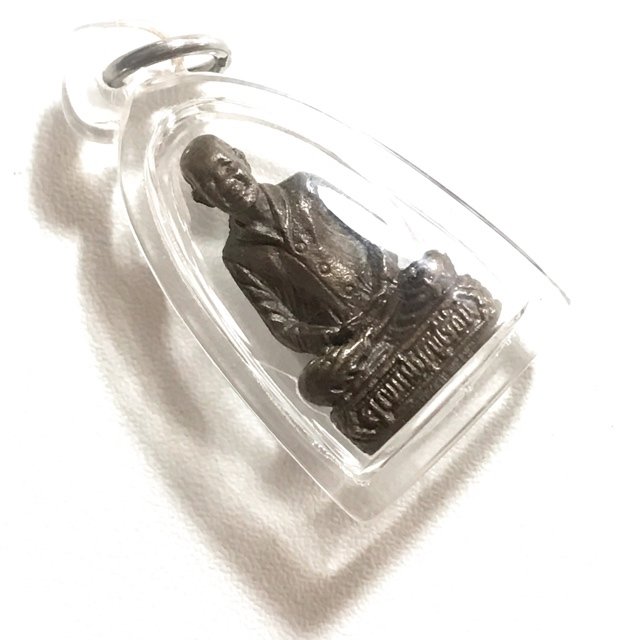 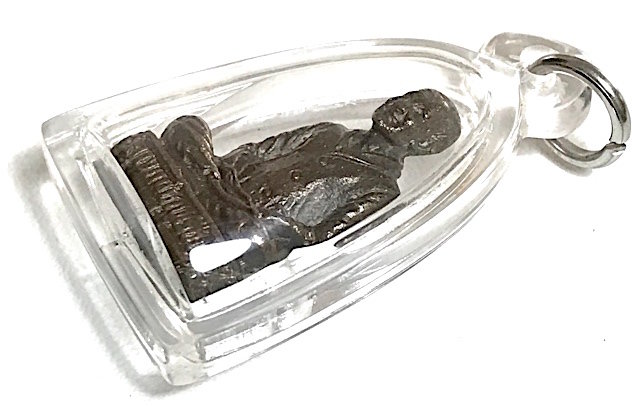 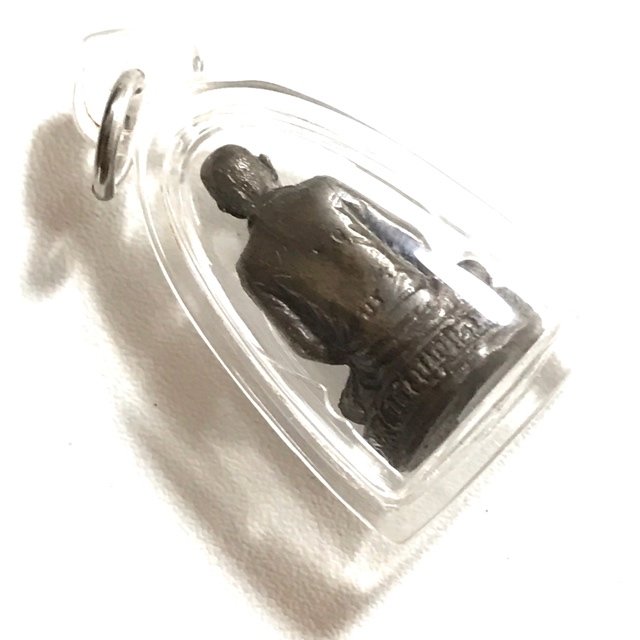 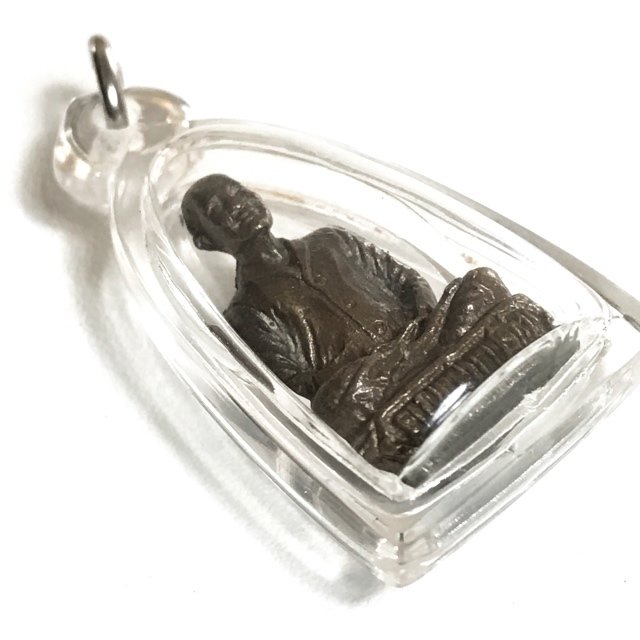 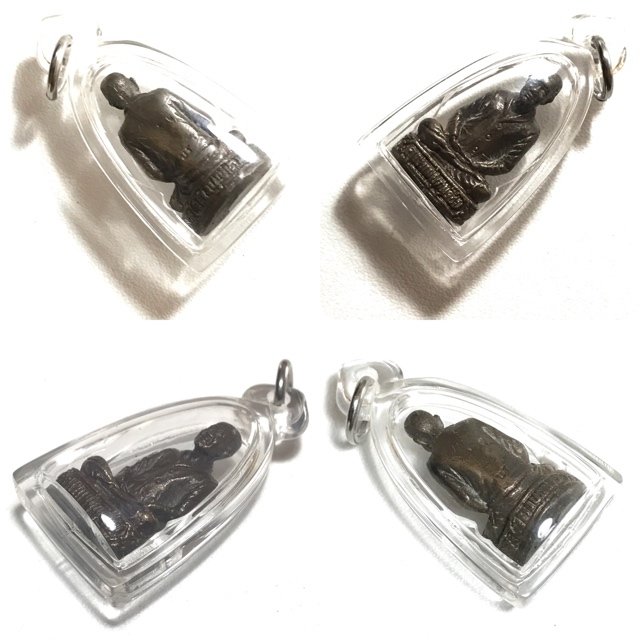