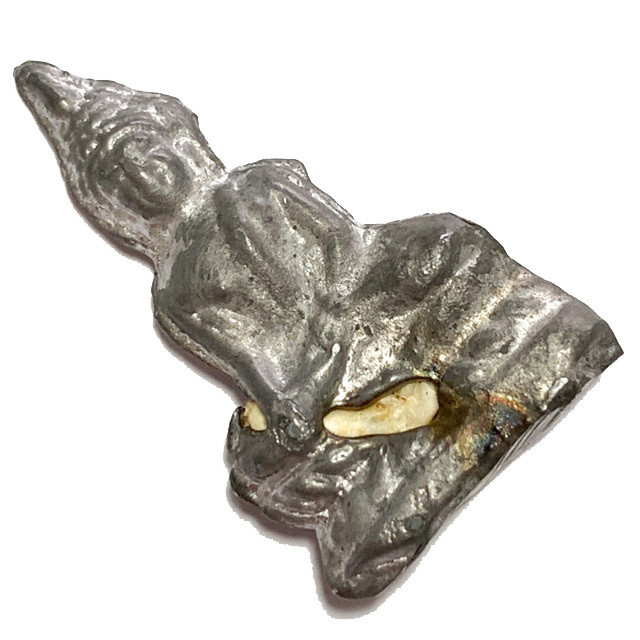 A seldom seen hyper-alchemical large size 4 x 3 Cm version of the Pra Put Nuea Chin 'Klueab Parort' mercury coated version of the wolfs tooth insert leaden alchemical Buddha amulets of the Khmer Master Monk Luang Por Dam, of Wat Kuti. Only very few were made with a small repository of Parort Magical Mercury coating, and are the rarest of all his Fang Khiaw Hmaa Pha wolfs tooth insert amulets.Parort Solidified Mercury is considered to be one of the most potent Anti Black Magick substannces in existence, and to be a transmitter of magic something comparable to a superconductor 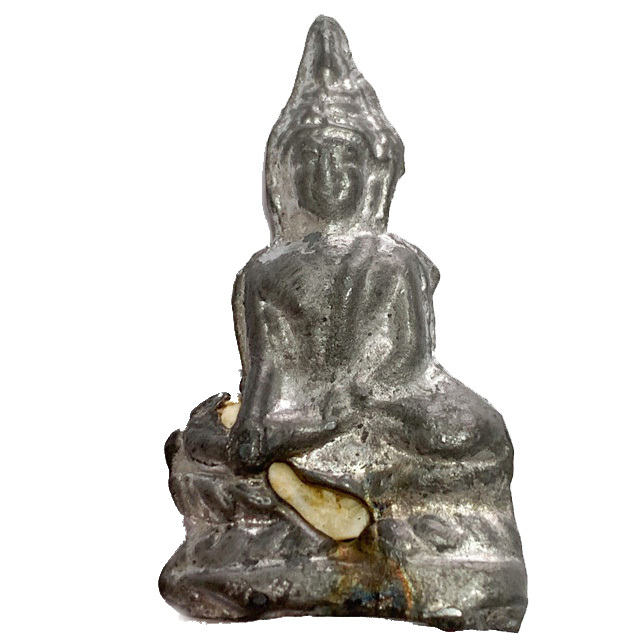 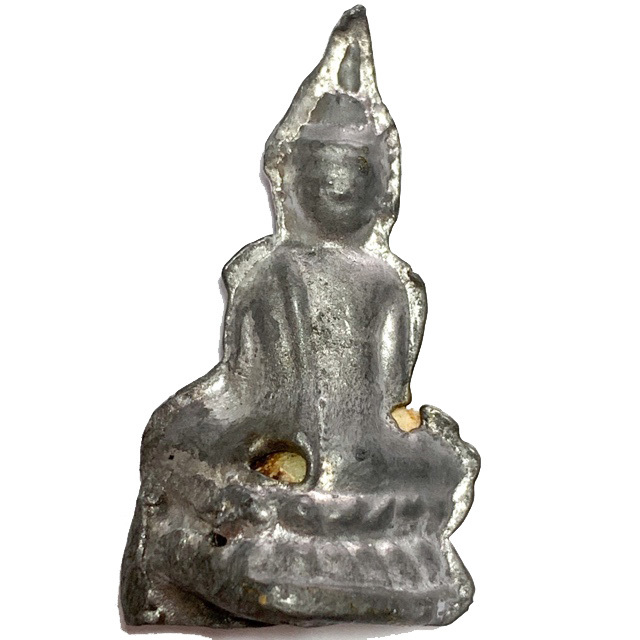 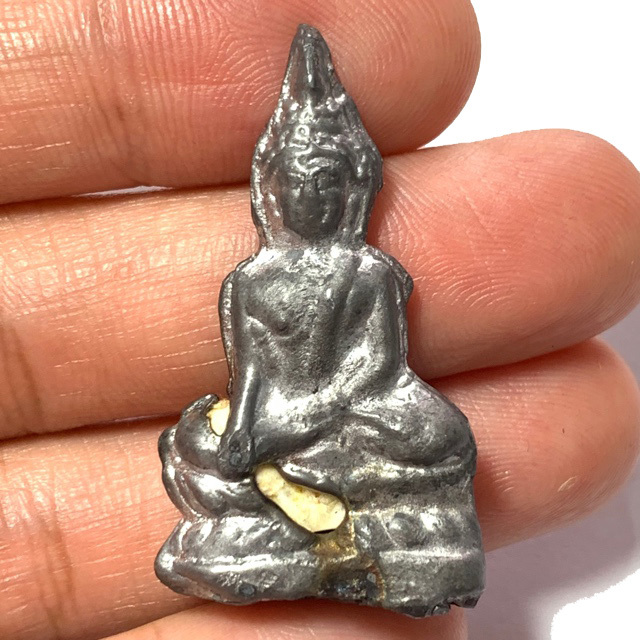 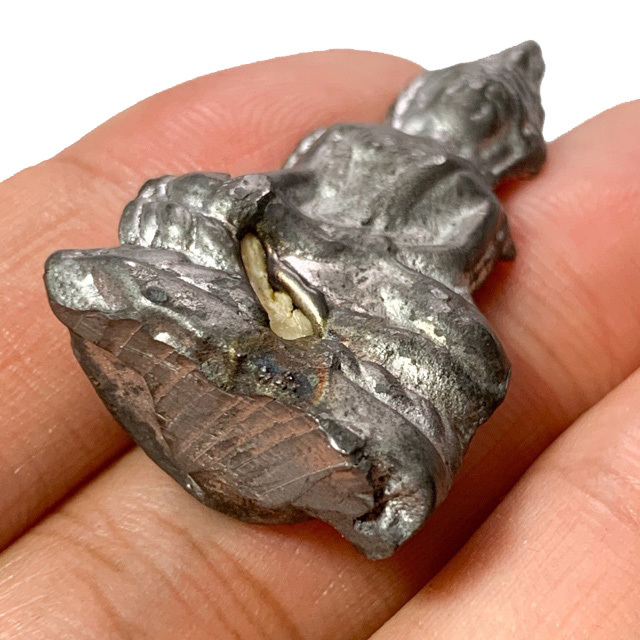 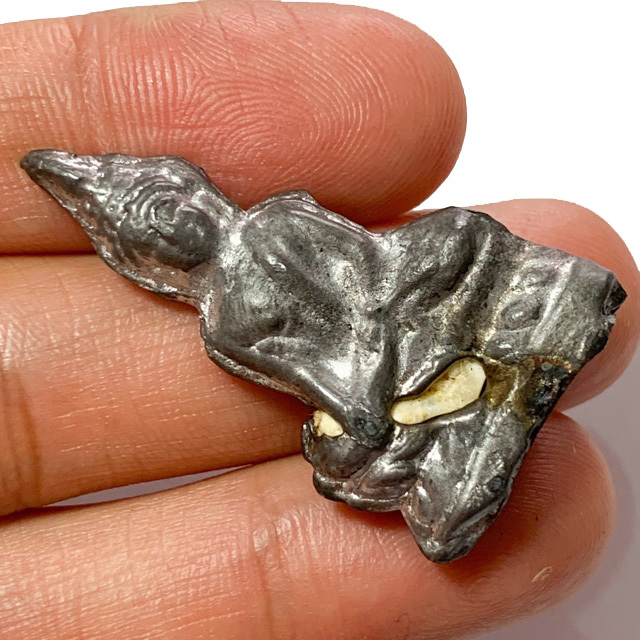 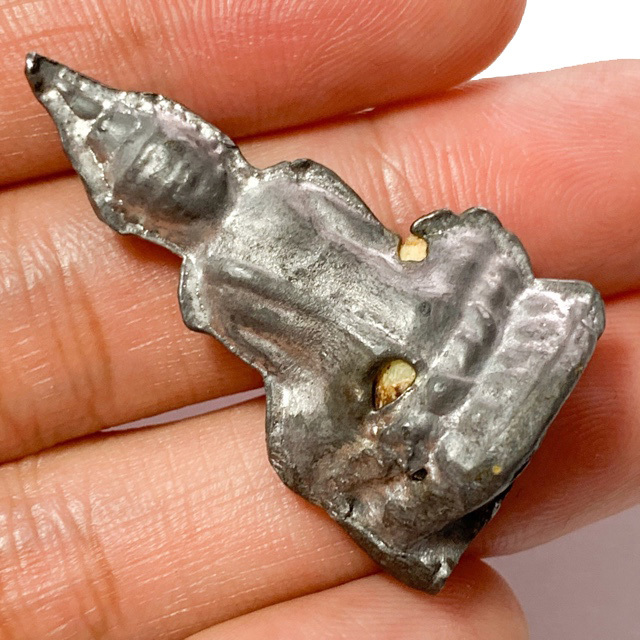 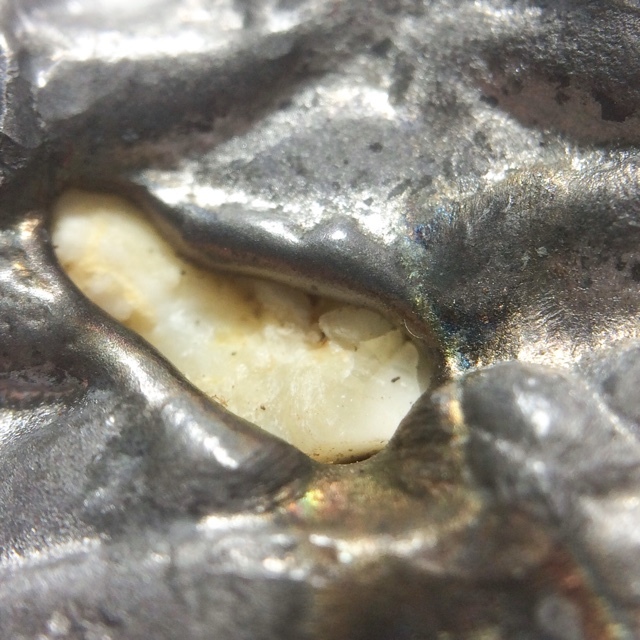 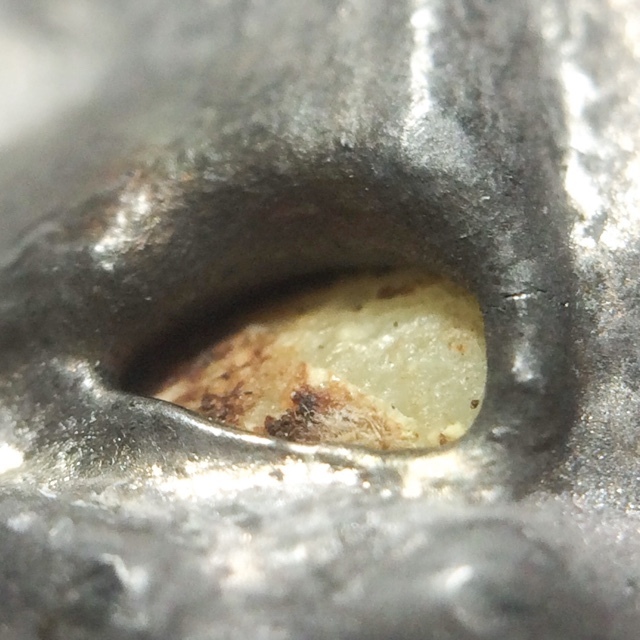 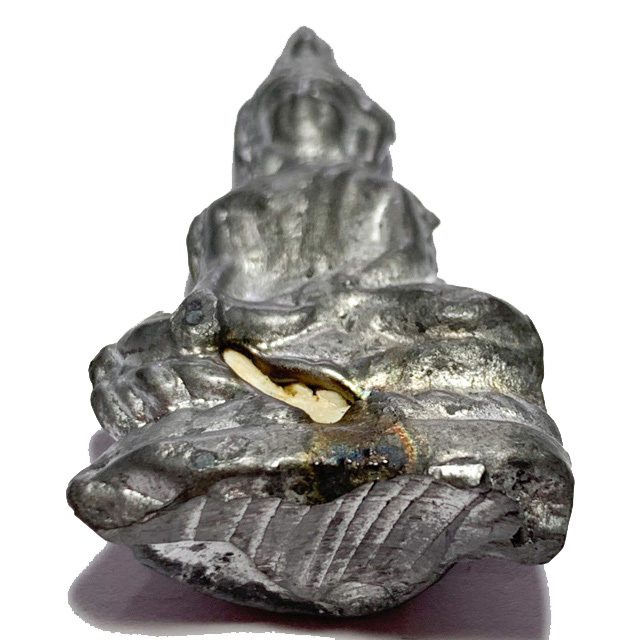 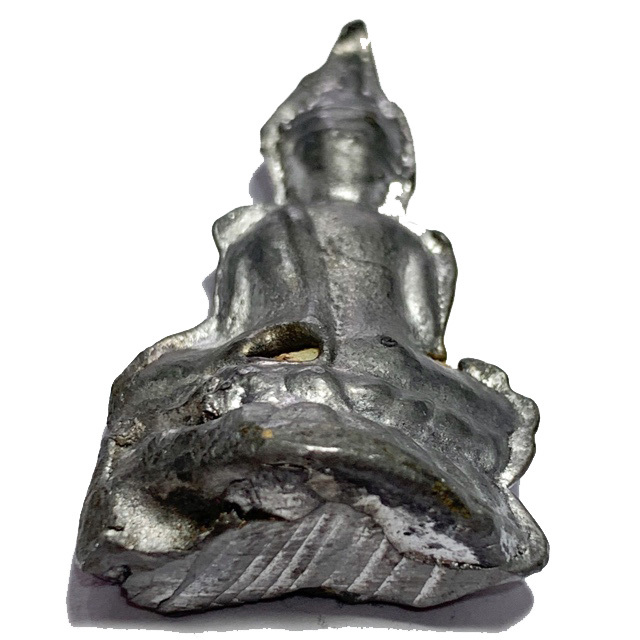 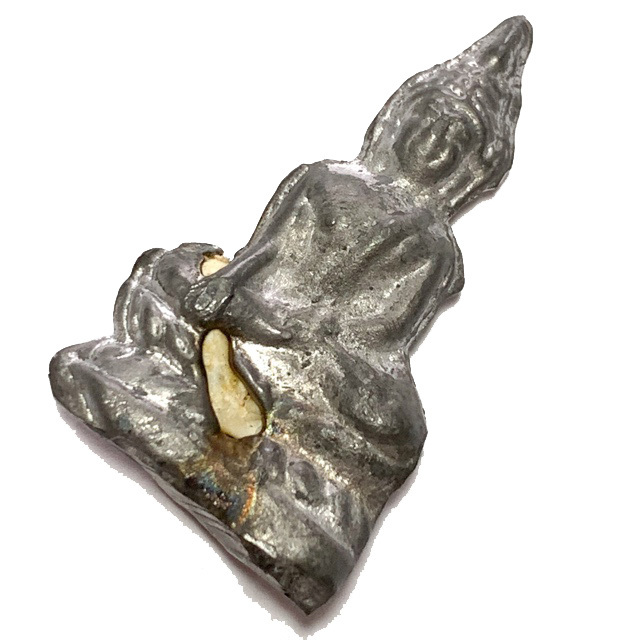 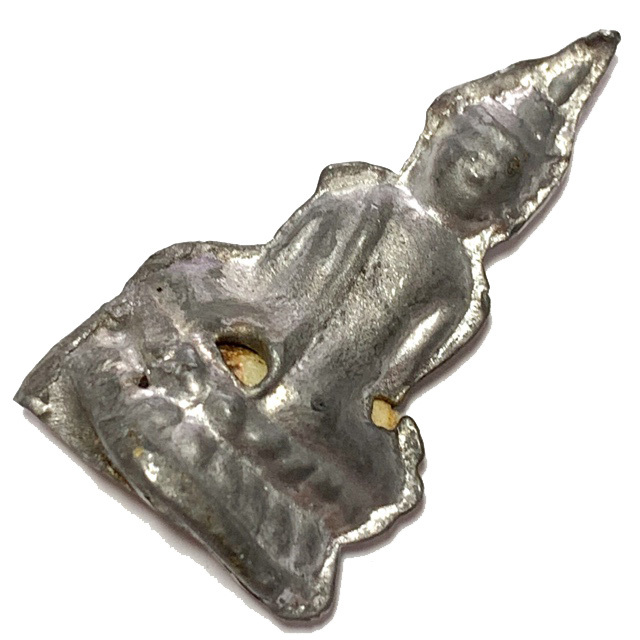 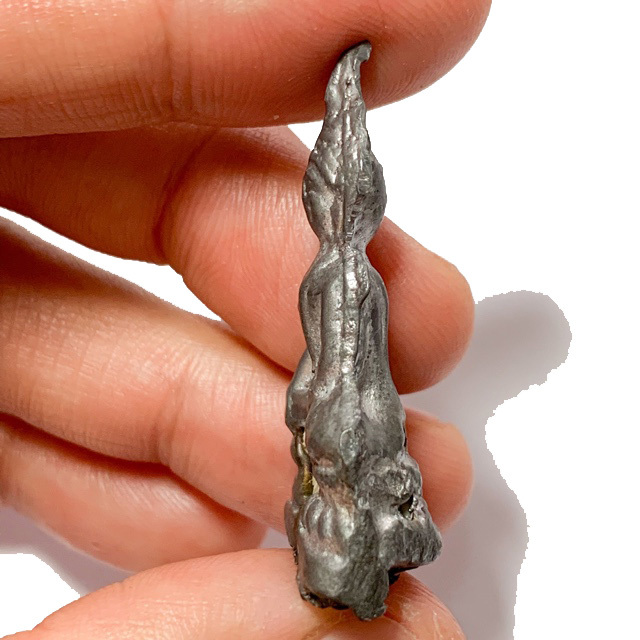 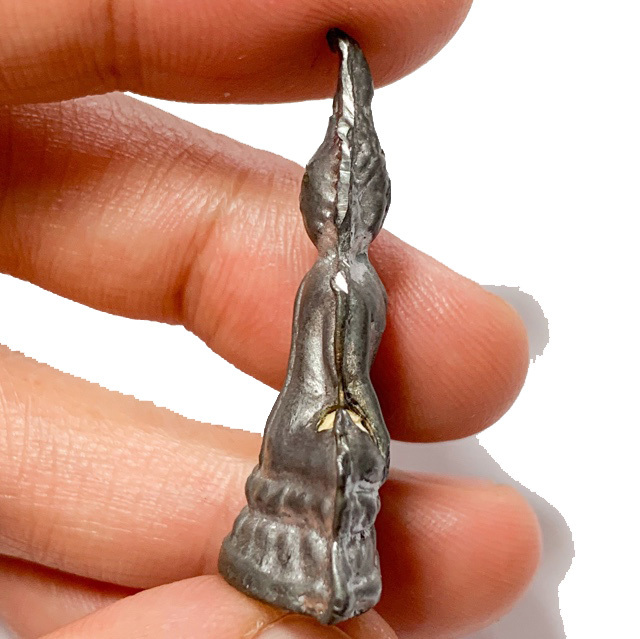 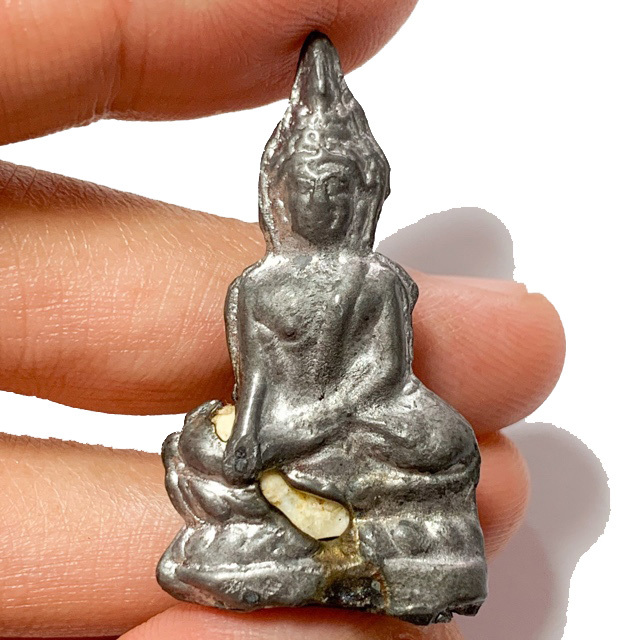 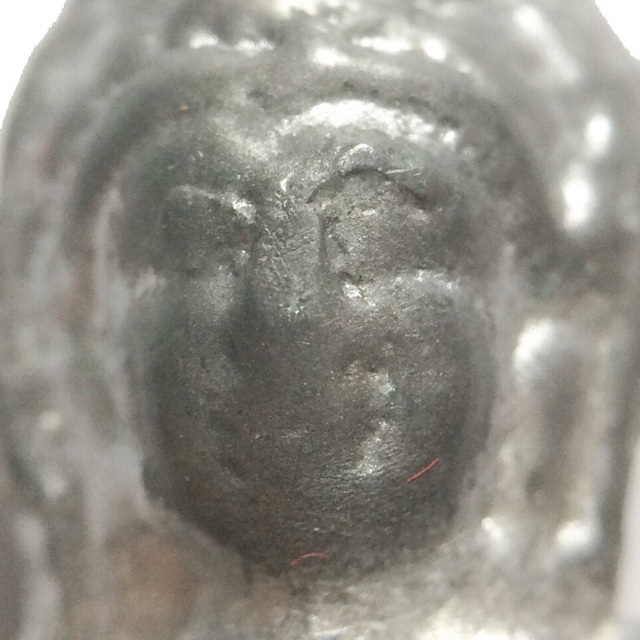