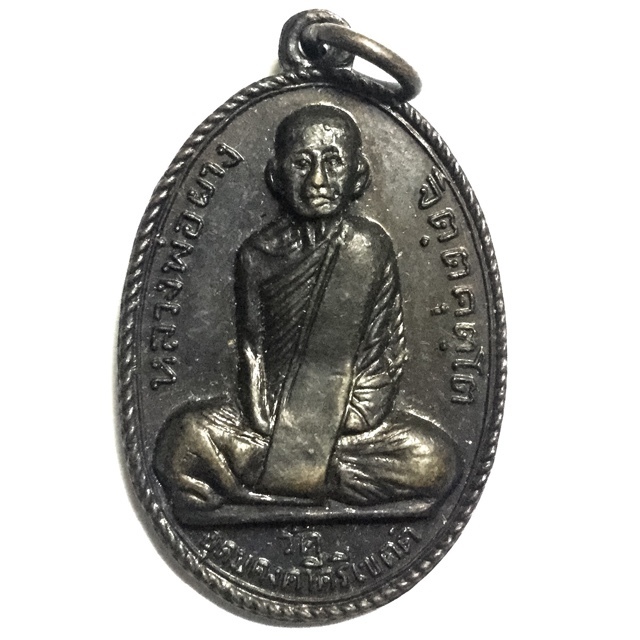 The coin is shaped in oval form, which is known as 'Roop Khai' meaning 'egg shape. The front face features the classic image of Luang Por Phang seated in Lotus Posture. Released in Buddha Abhiseka Ceremony on 16th April 2517 BE 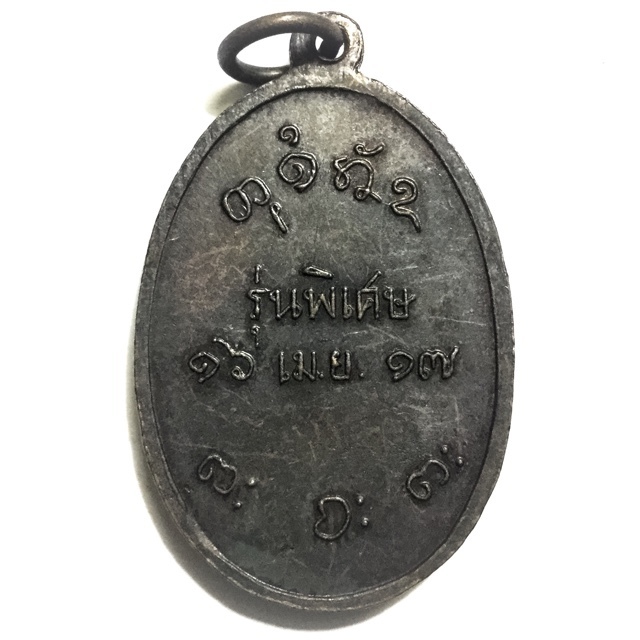 This is a Pra Niyom for being of the preferred Block Mae Pim press mold, and the most preferred version of all the block press molds made in this edition, and is a highly desirable acquisition for serious collectors and devotees of Luang Por Phang amulets, and for collectors of competition class category Guru Monk Coins. 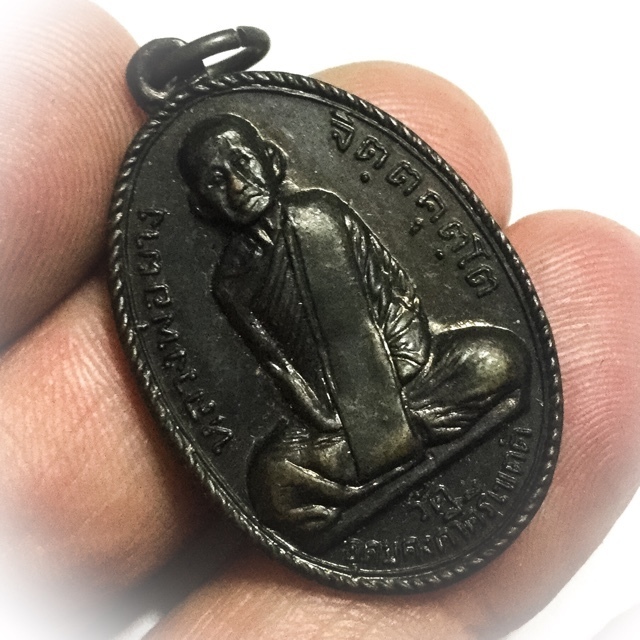 The rear face has a Chedi Emblazoned upon it and the name of the edition, with the year of release. The coin is in pristine condition, with highly defined features, and eye catching surface sheen, and is an extremely beautiful exhibit, that stands out for its clarity and excellence. 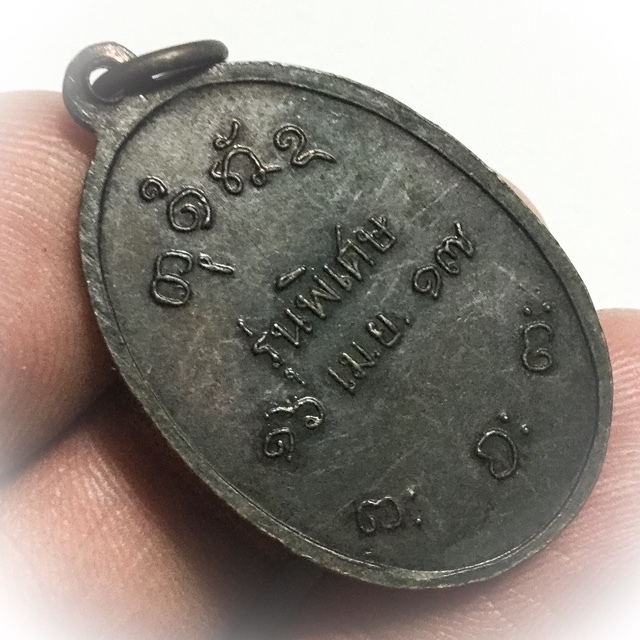 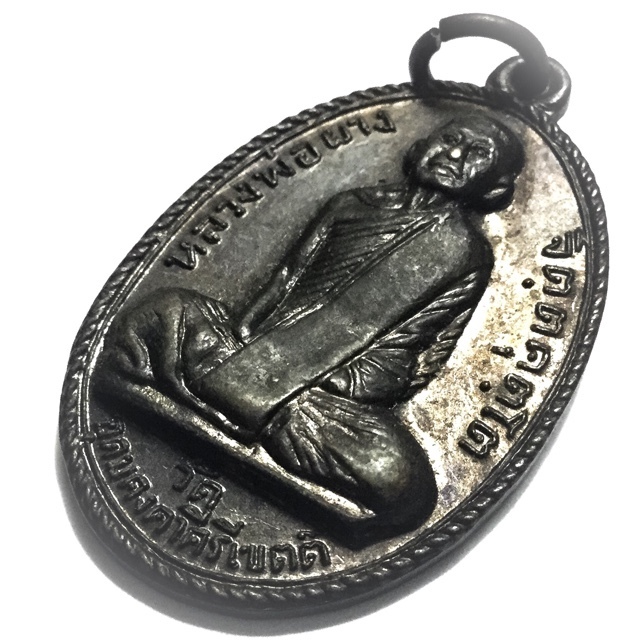 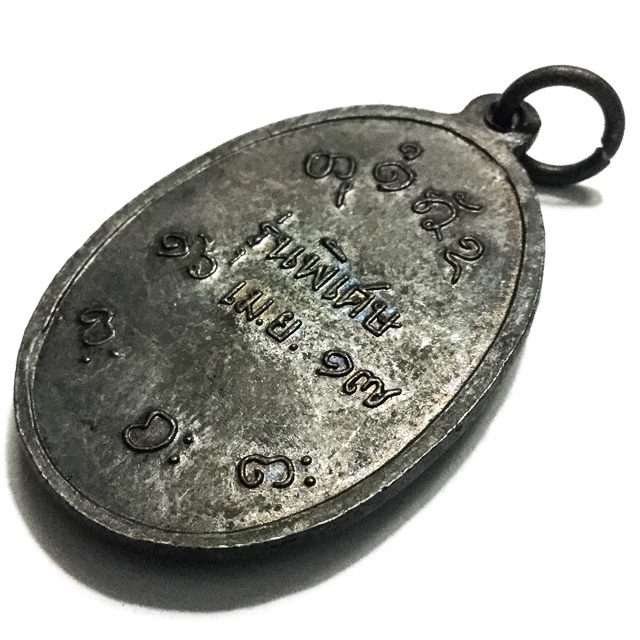 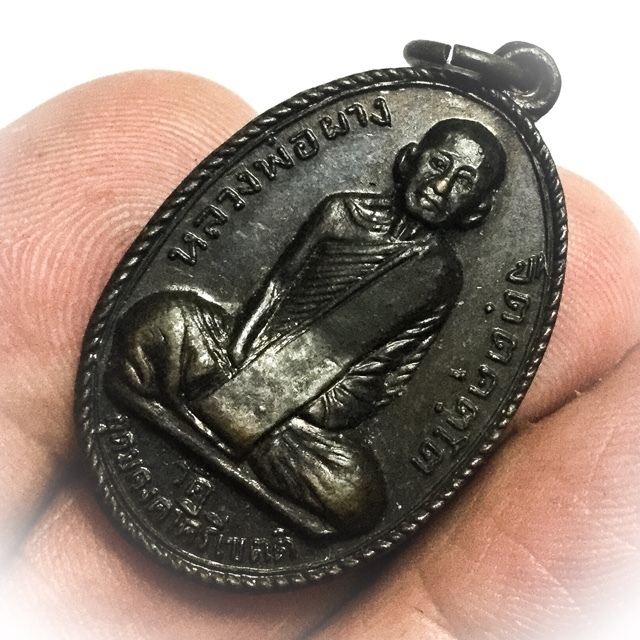 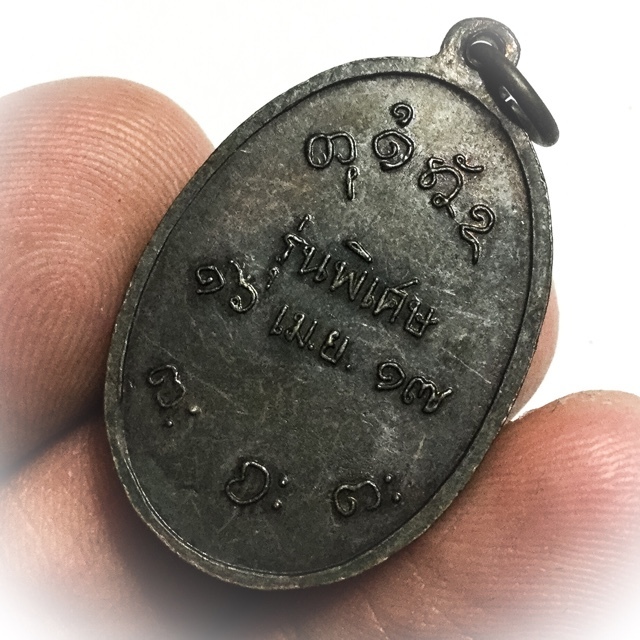 It was then that he was able to find and learn to practice under the tutelage of the Great Pra Ajarn Mun Puratoo, the founder of the Thai Kamathāna Forest Tradition lineage at Wat Ban Namon in Sakon Nakorn. After receiving tutelage from Ajarn Mun, he continued with his solitary Tudong Forest wandering. During his forest wanderings, he came to stay at Wat Pha Ballanksilatip in Ban Taen, Khon Kaen, and stopped to stay there for one year.

Once the rainy season retreat was over, Luang Por Phang then wandered out again and came past the municipality of Manja Kiri in Ban Soke Nam Khun. 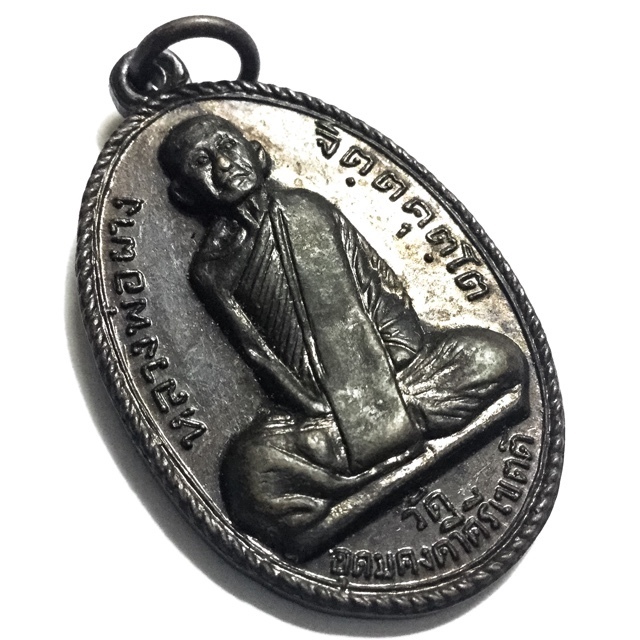 Luang Por Phang then invited the local devotees to help him to build a temple there. The locals of this area used to call this sacred mountain water source 'Doon', and so in those days as the temple was rising up into existence, they called it 'Wat Doon. Luang Por Phang stayed on building the temple of Wat Doon, occasionally traveling out into the forest on Tudong, and had various miraculous adventures during those journeys he made in solitary into the deep forests, and mastered his Wicha. He remained faithful to the simple ways of a Bhikkhu and endured the hardships of a Tudong Monk, and was thus a well attained 'Pra Subattibanno' (Good Bhikkhu of High Endurance, Renunciation and Purity). The temple of Wat Doon was given the official name as we know it today of Wat Udom Kongka Kirikhaet. 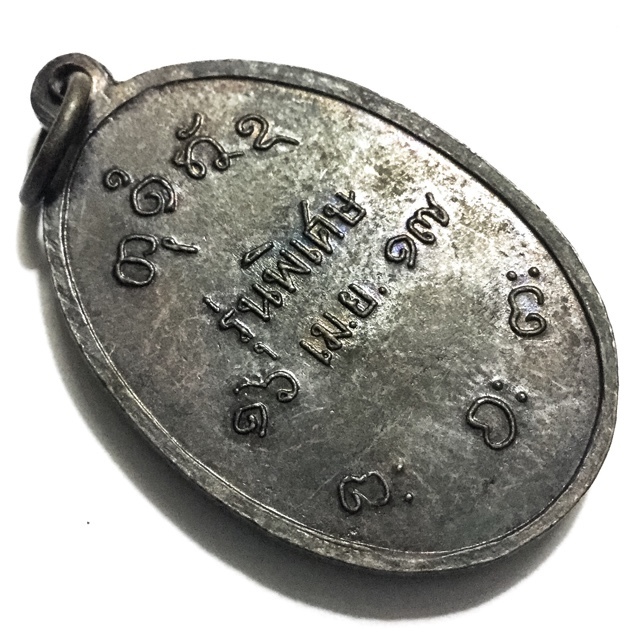 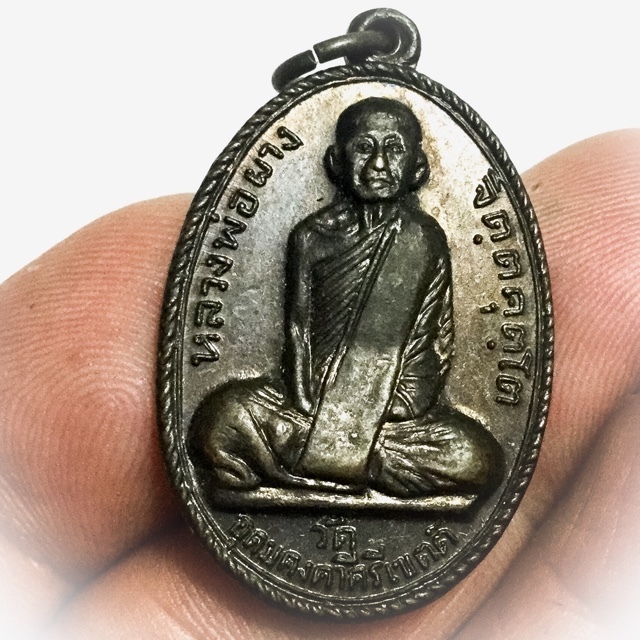 Luang Por Phang also pestered the local Government in the department of public highways to build another road widening and lengthening to bring devotees to the temple (for there was no real road to speak of for devotees to come to the temple), which took him constant efforts writing to the government offices, between the years 2507 BE, and 2523 BE. Finally, the Government assisted to build the road in the year 2523 BE, after his letters to them and requests were finally heard. His patience and persistence won out in the end, to give the locals a road to be able to use for their needs, and to reach the temple without having to cross wild territory. 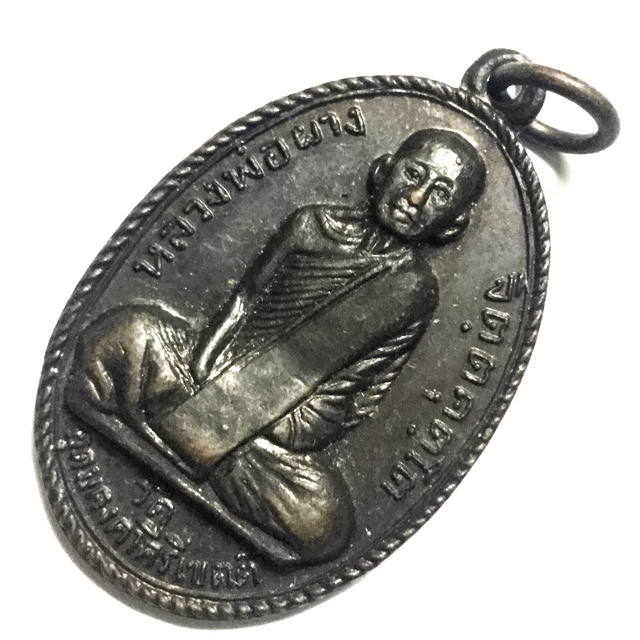 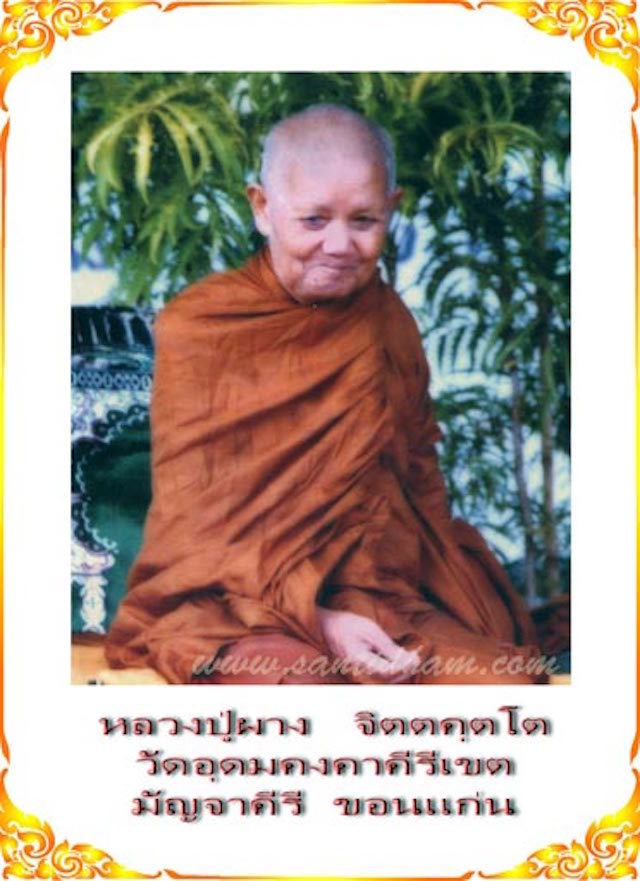 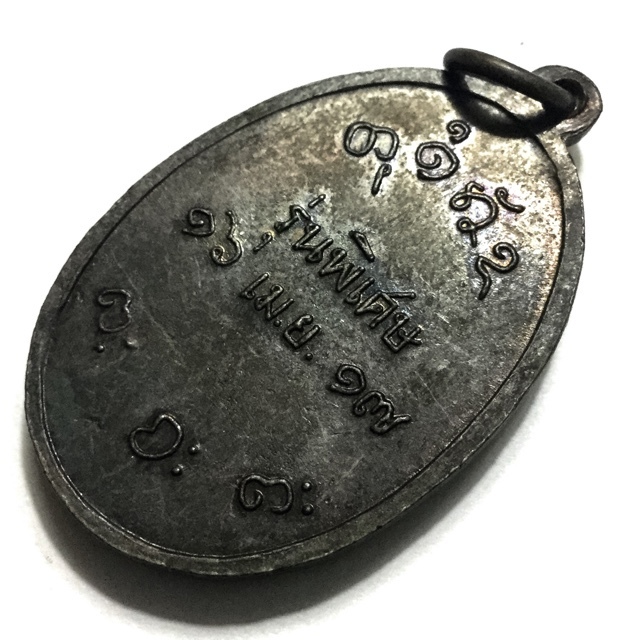 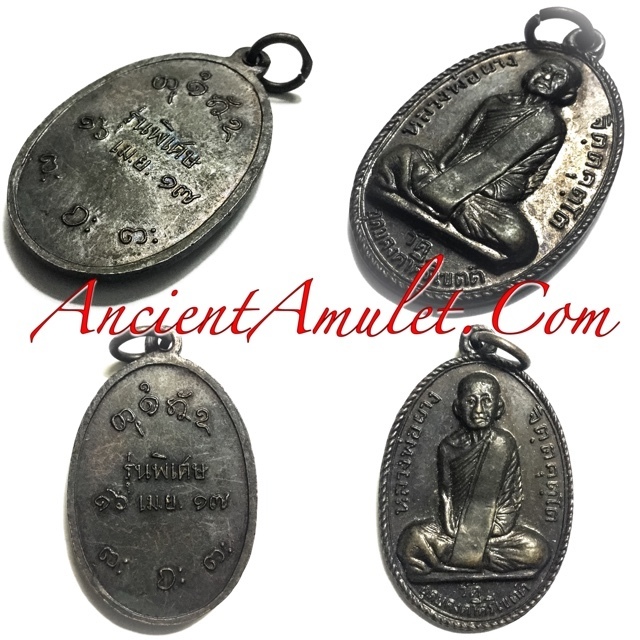