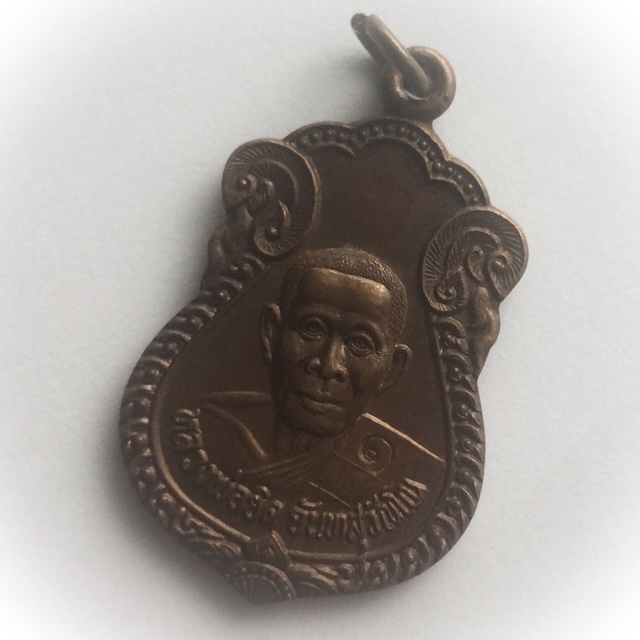 The Rian Sema Kreung Ongk Luang Por Yid Wat Nong Jork, is a Famous and Classic Guru Monk Coin Amulet, in 'Pim Sema' medallion form, in a medium size at 3.5 x 2.4 Cm, which is wearable for men women and children alike, for Buddhakun Spiritual Blessings and the Protection of the Great Luang Por Yid.

A most Classic Amulet from one of the Great Masters of this last Century, whose powerful Wicha Akom has made him world famous amongst the devotees of Thai Buddhist Amulets. This particular exhibit is in pristine condition and has a very high level of detail, with no erosion through skin and sweat contact, and a highly attractive aura and sheen to its Sacred Metal surface. No blotches or discolorations are evident, making this a very well kept amulet for Nuea Tong Daeng, to maintain and develop such a depth of color and surface sheen.

Well worthy of entry into competition for its category, and a Fine and Worthy Amulet for Devotees of Luang Por Yid to wear, as remembrance of this Great Guru Master, and to receive his Protective Blessings 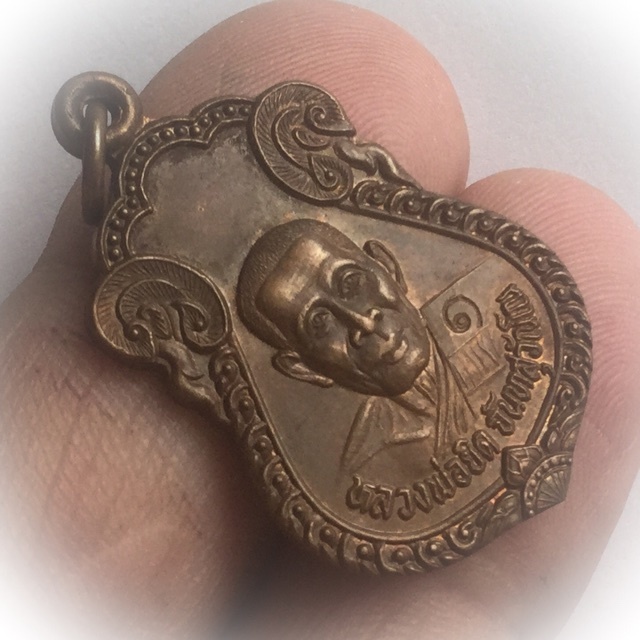 Officially known as the 'Rian Sema Kreung Ongk Kroo Masterpiece Version', the amulet was blessed and released to devotees in the year 2537 BE. Made from Nuea Tong Daeng (Sacred Copper Alloy smelted from Buddhist Artifacts and Yantra foils).

Blessed and Empowered by Luang Por Yid of Wat Nong Jork. The amulets were empowered in Buddha Abhiseka at Wat Nong Muang and released to the Public on the 30th October of 2537 BE. 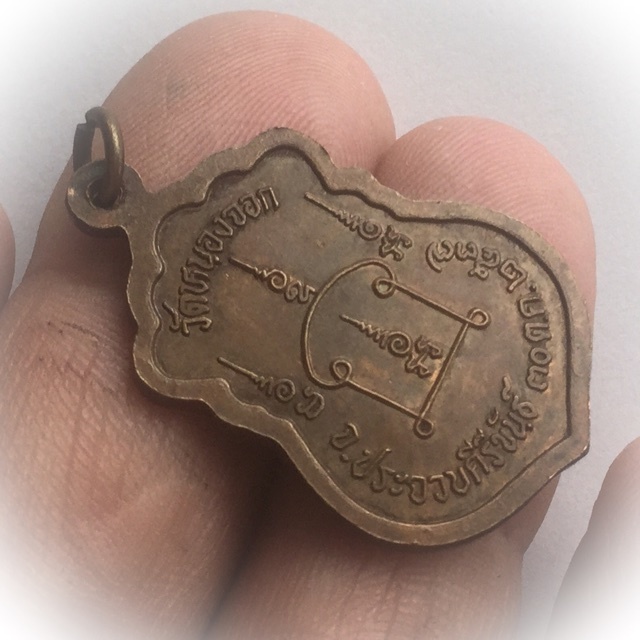 Luang Por Yid was famous for being able to chant and empower Palad Khik to the point where they stand up and dance around of their own accord, and has been seen to do this a hundred times or more with devotees witnessing the event. One of Luang Por Yids close devotees, Ajarn Chaiya Am Sam Aang, who assisted him during his years as an ordained monk at the side of Luang Por Yid, and who published the book of Luang Por Yid's Biography and catalogue of the Dtamra of his amulets, tells that he saw many occurrences of miraculous events as he was resident at Wat Nong Jork assisting Luang Por Yid. 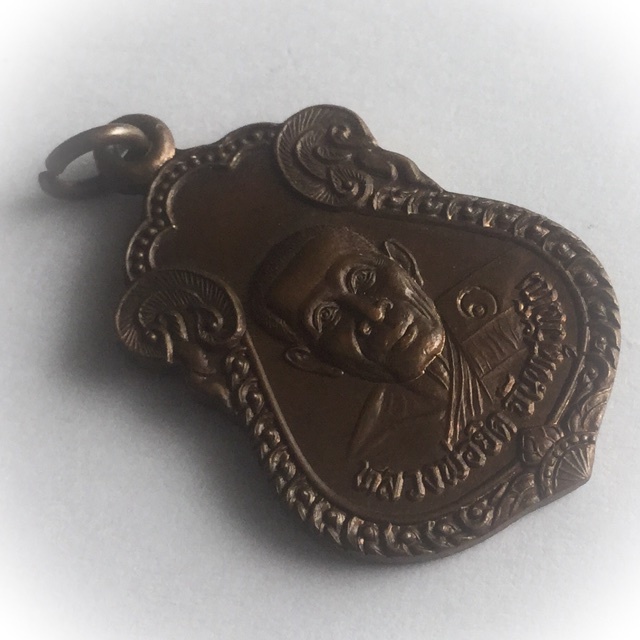 The front face has the number one (๑) in Thai stamped into the face of the Sacred metal. 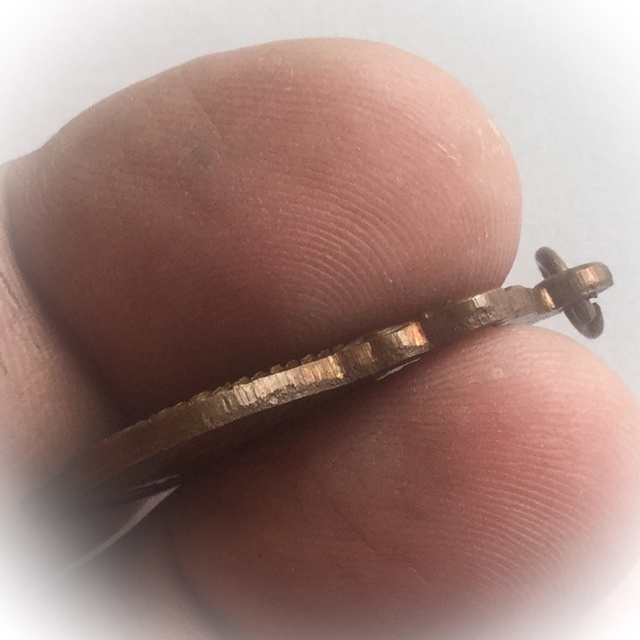 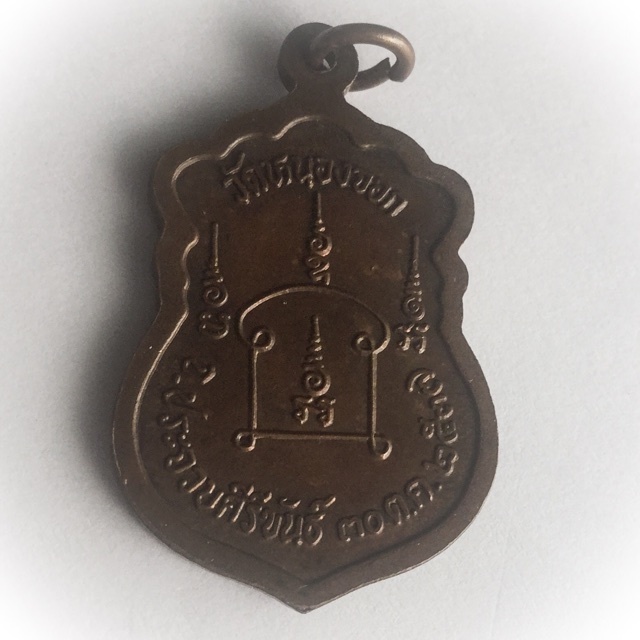 Above; Yant Na on the rear face of amulet, 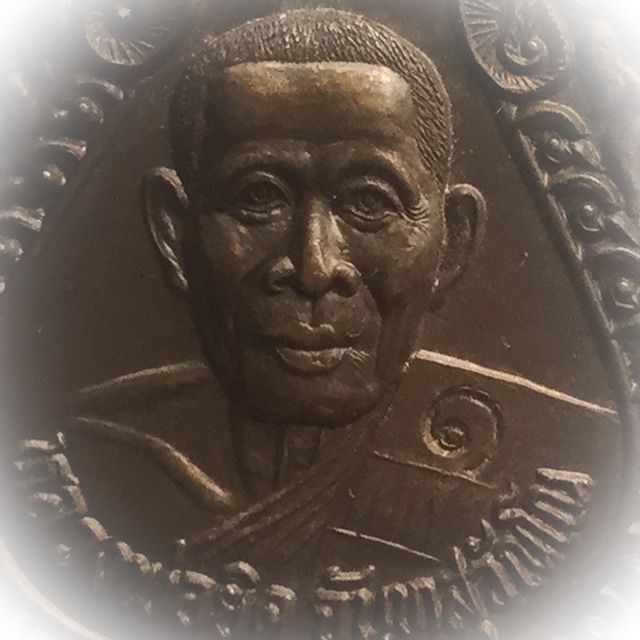 Before the day he was to leave, at around 2 a.m. in the morning, hje heard some loud noises coming from Luang Por's Kuti Hut room, which sounded like a cat catching mice. 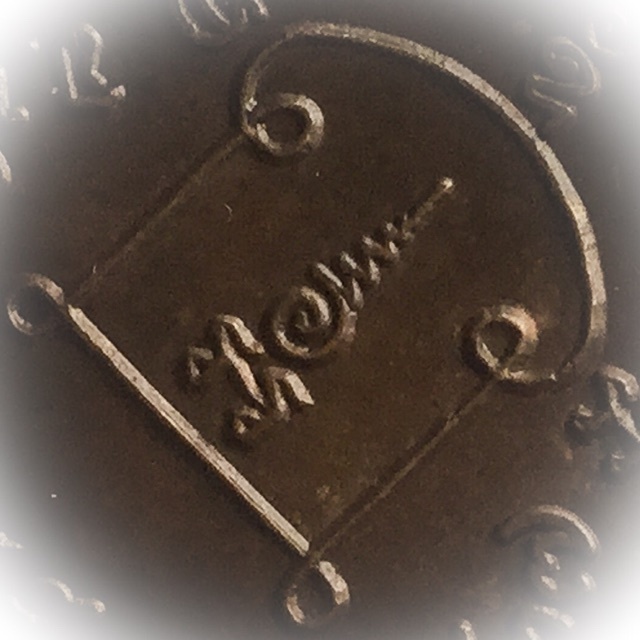 Above; Macro detail of the surface of the coin, and the contours, with a section of the Sacred Na on the rear face of the amulet.

So he decided he would get up and go have a look, but when he tried to get out of bed, he was frozen paralysed rather like he was being smothered by the 'Phii Am'. 'Phii Am', is an effect where you wake up, and cannot move and are completely paralysed, which Thai people blame on a kind of ghost that smothers you by sitting on top of you in the bed). 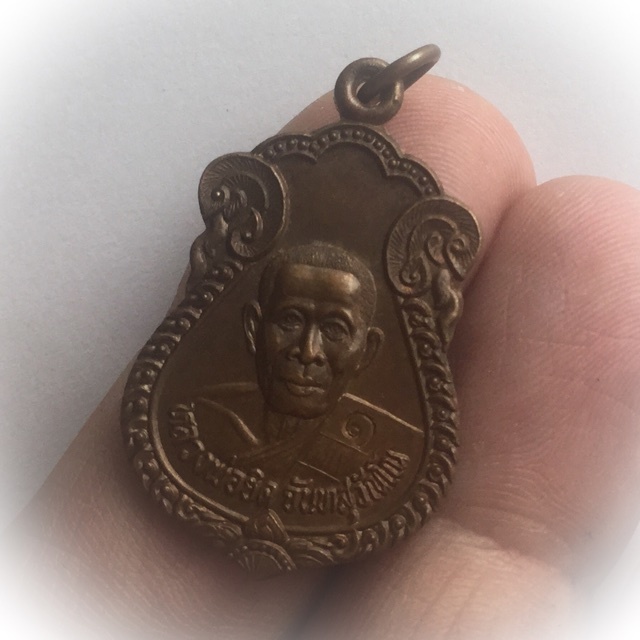 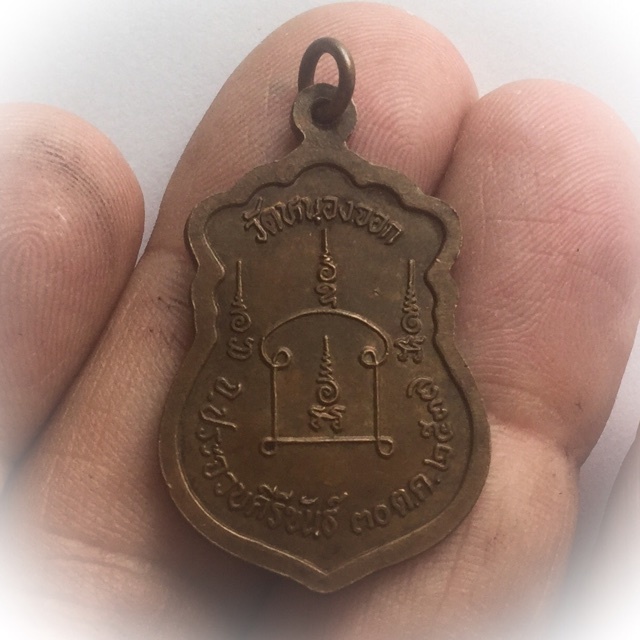 Ajarn Chaiya says that he wished there had been mobile phones with cameras in those days as we have now, for he would have filmed it to show the proof. He says that if that had been possible, that Luang Por Yid would now be world news for the amazing ability, which many other supposed Masters have tried to emulate but were not able to perform this effect from afar without touching the Palad Khik as Luang Por could do. Luckily, we have some footage for you to enjoy, and witness the event for yourselves in the above video clip. 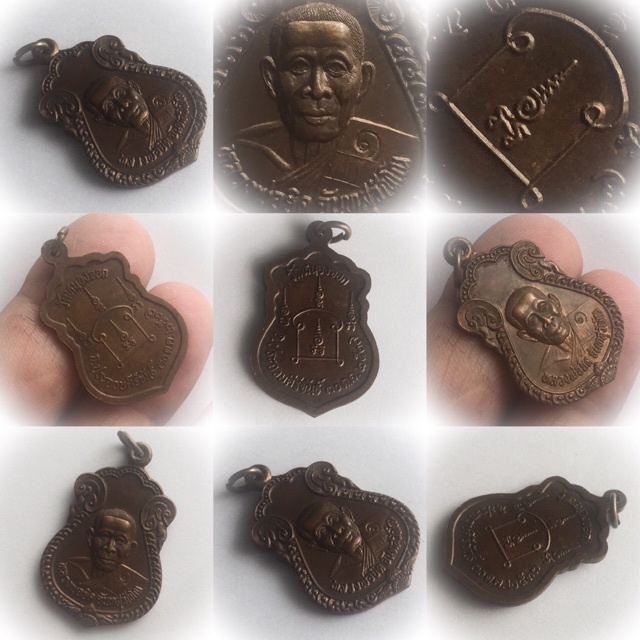