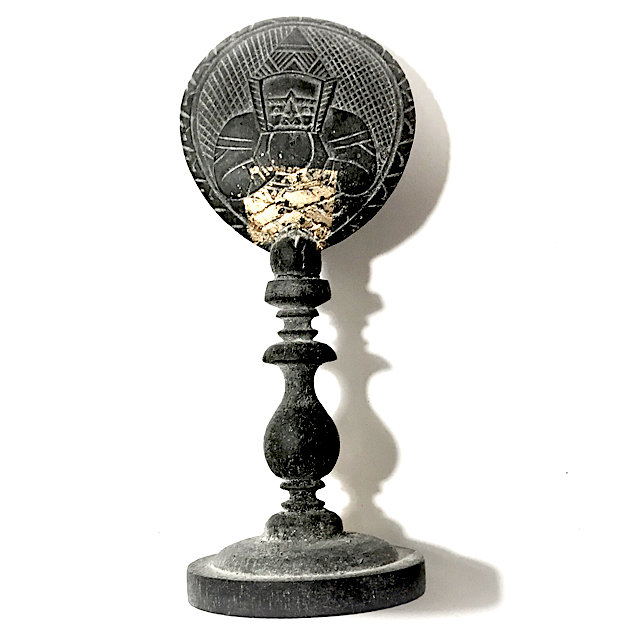 Presenting a very rare and beautiful hand carved large size One Eyed Coconut shell with the Pra Rahu Asura Deva, mounted on a wooden stand for altar worship (Bucha). The Image Carvings possess all of the classic and preferred features of preference, with the finer carvings of a top artisan, making this exhibit an extremely attractively fashioned front face design, with inscriptions from Luang Por Pin visible on the rear face, fulfilling all the requirements for Pra Niyom Classification.

This exhibit is visibly recognizable as having been carved by one of the preferred master-artisans of Wat Sri Sra Tong, and contains all of the desired traits necessary to make this a Pim Niyom Master-Class amulet of Showcase Quality, and a pristine carved miniature art piece that is rare to find in this day and age with this level of detail. Most of Luang Por Pins carved Kala ta Diaw are less finely carved that this exhibit, which is for this reason a highly desirable acquisition for those who place value on the visual aesthetics, for showcase and competition, and for perfect aesthetics when worn as a pendant. 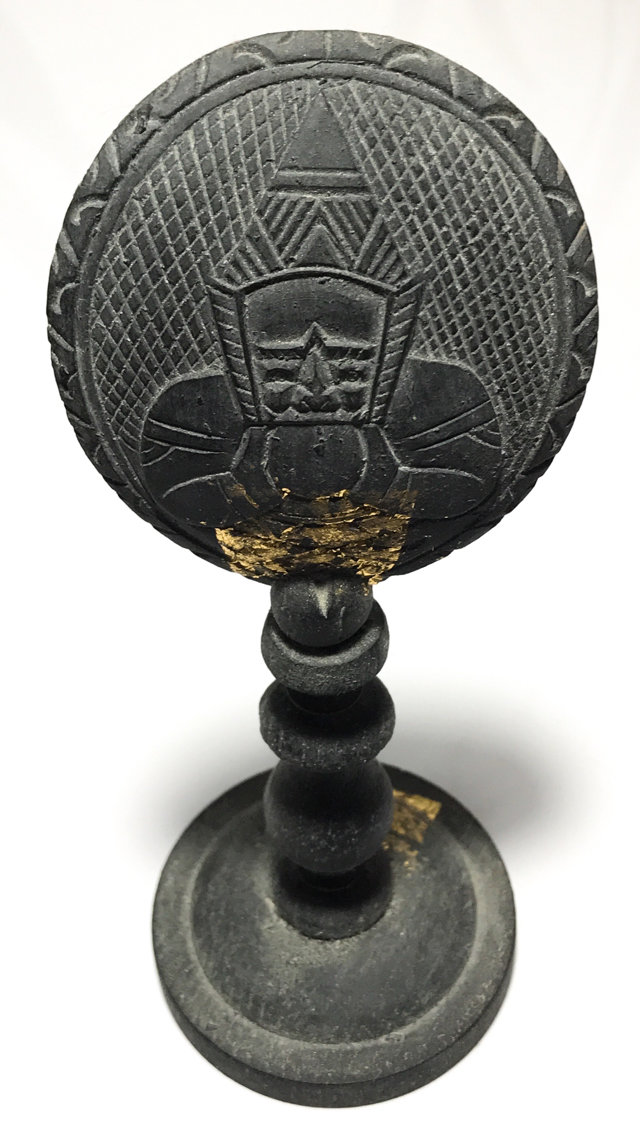 The front face Bears the image of Pra Rahu Asura Deva, swallowing the moon and sun, the borders of the amulet have been fashioned with very detailed and Masterfully made decorative carvings in the 'Gleep Bua' Lotus Petal shape. The shape is unusal, and rarer to find than the Pim Sema Kwam shield shape for which the Pra Rahu Amulets of Wat Sri Sa Tong are so famous for. The amulet is also honed down to be very flat and slim, which is an effect so very difficult to achieve, but which the Wicha of Luang Por Pin, and his Kroo Ba Ajarn Luang Por Noi, allows to fashion the curve out of the coconut shell, by soaking the shells in sacred oils before they are carved. 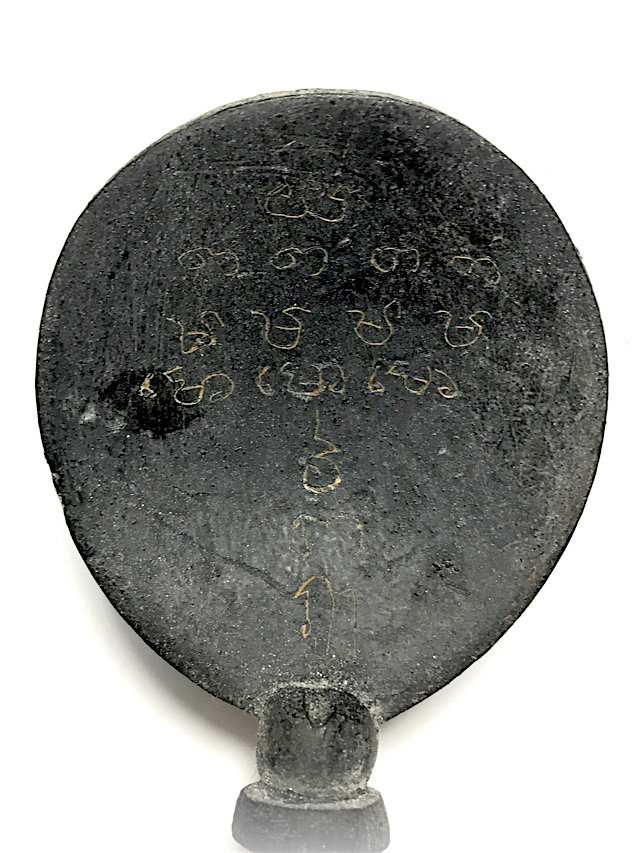 The amulet has been carved according to the Artistic and Magical Principles of the Laoatian Wicha of LP Noi, from Kala Ta Diaw (one eyed coconut shell), from a highly preferred top master of Wicha Pra Rahu, Luang Por Pin, of Wat Srisa Tong, in Nakorn Pathom. There are many levels of detail found in the carved Kala Ta Diaw of Luang Por Pin, ranging from that of the simple village artisan, to the fine master craftsman. 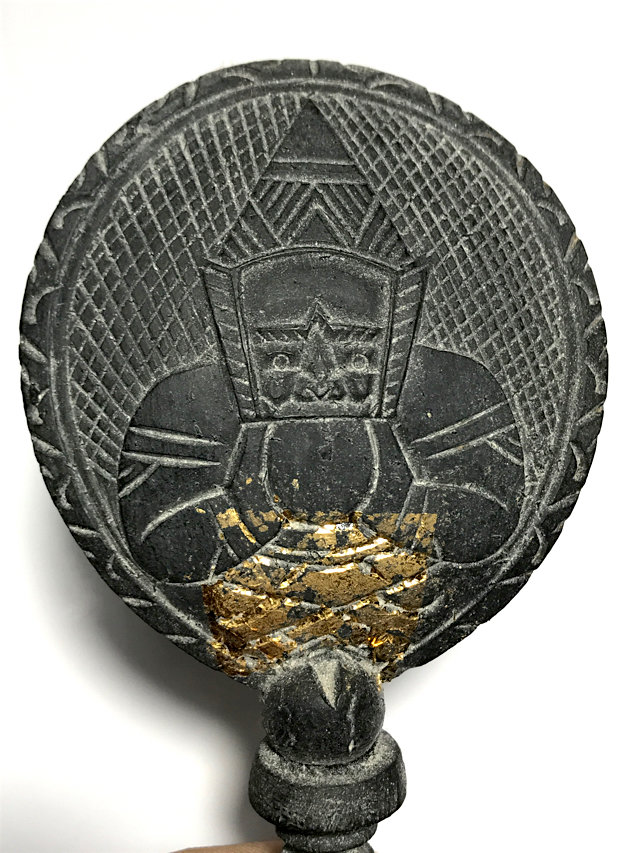 This exhibit is carved into a rounded shape, and has an extremely high level of detail, revealing it to have been carved from one of the Master Artisans of the temple. When amulets were carved, many different artisans would lend their hands to helping to carve the coconut shells, but some artisans were more adept than others, some coming from the Master Artisans, but others coming from local village amateurs. The level of intricacy and mastery is hence found in great variation. 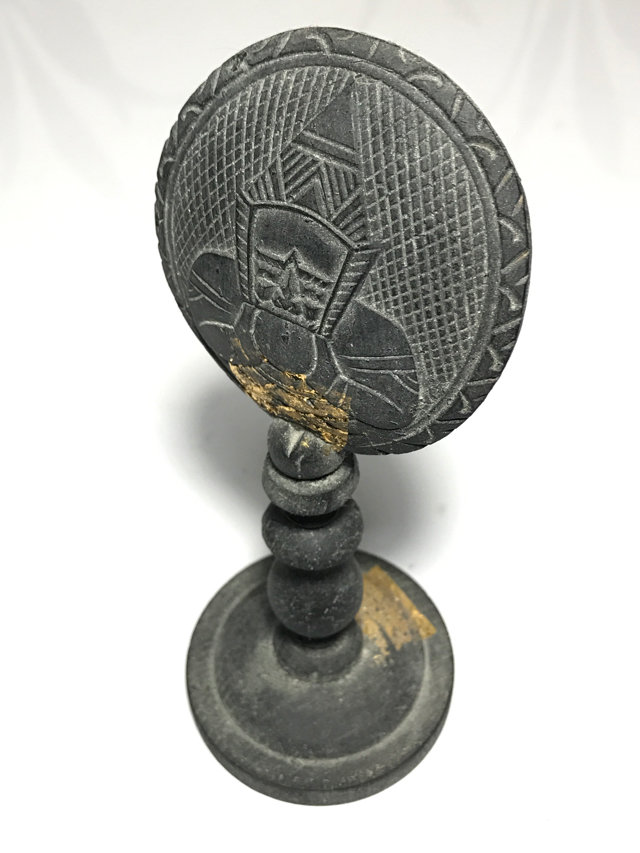 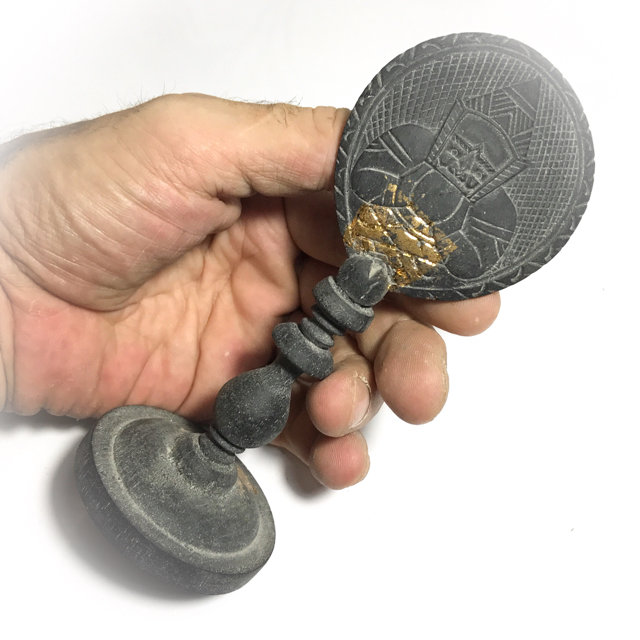 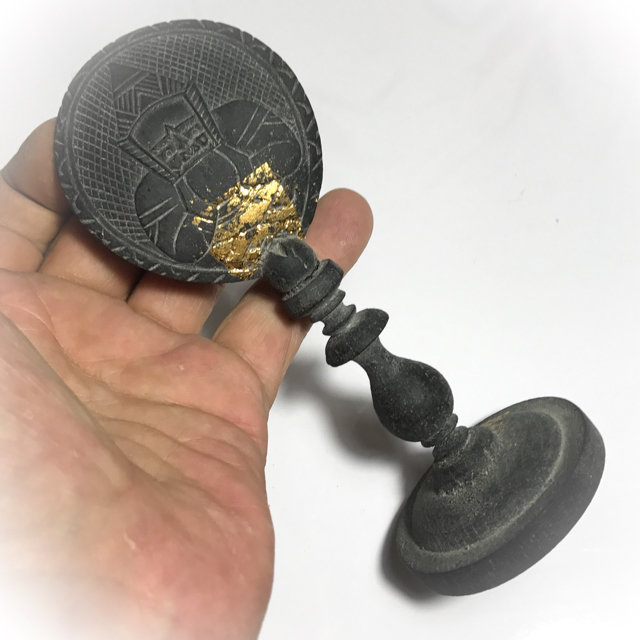 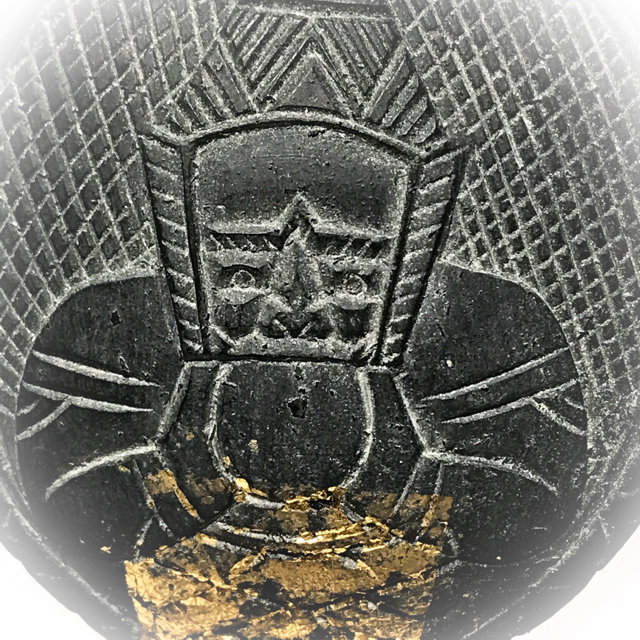 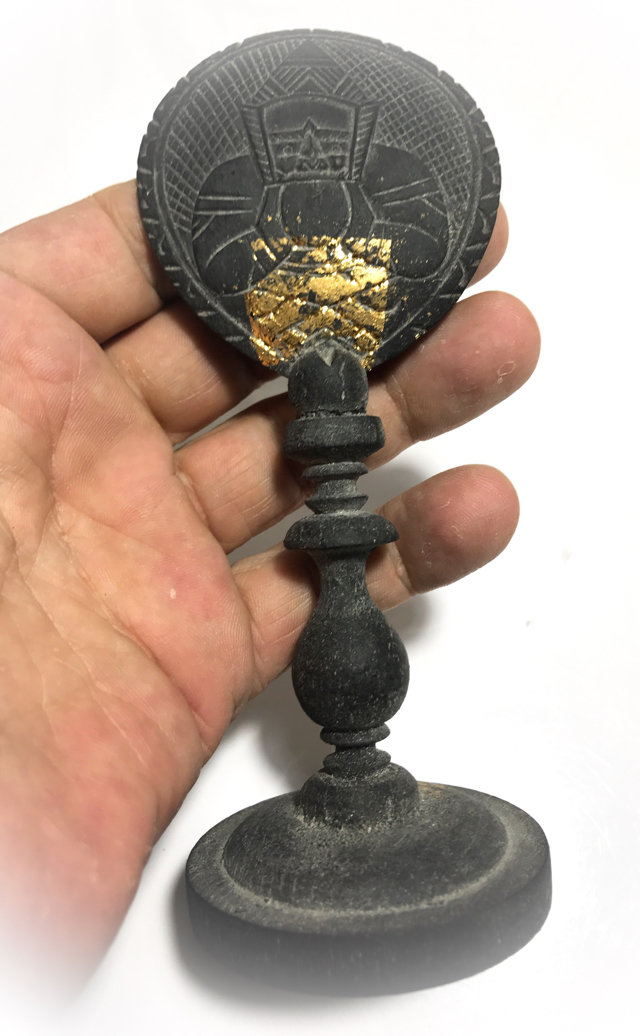 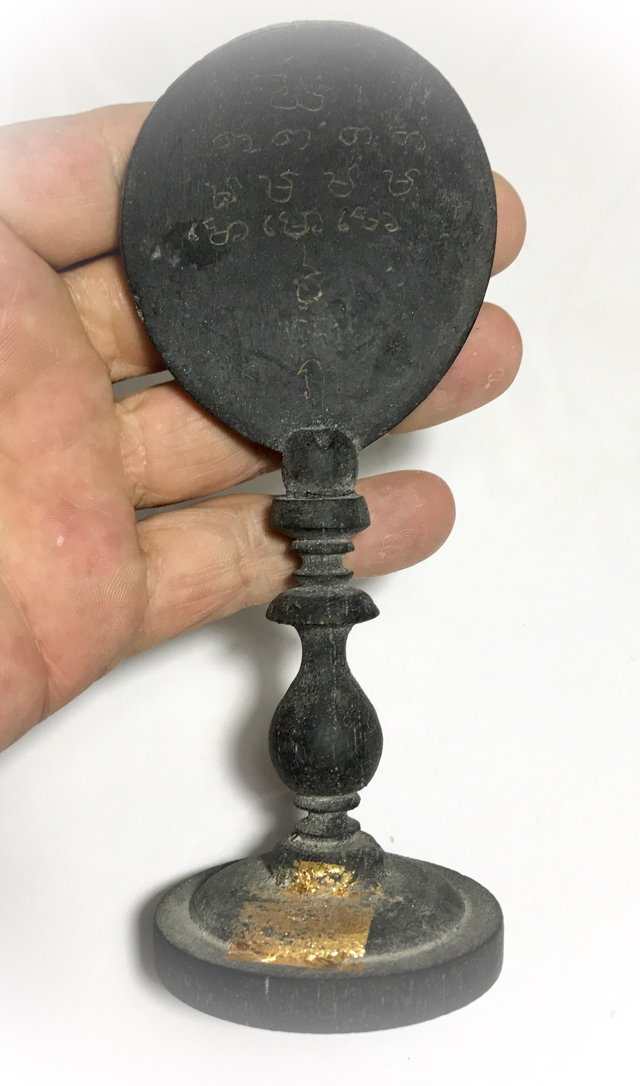 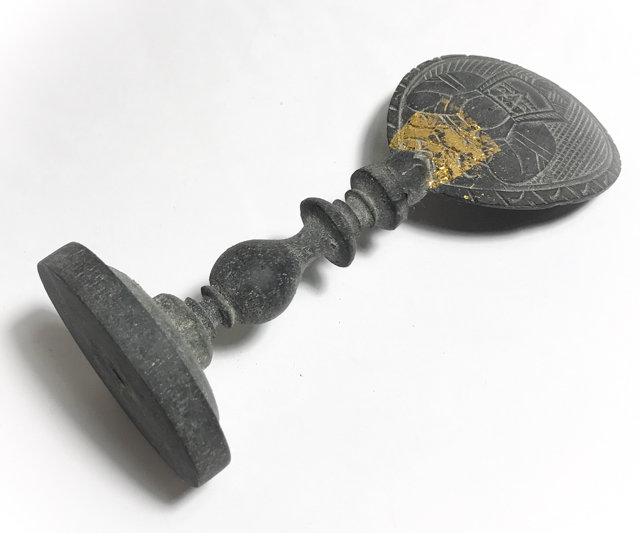 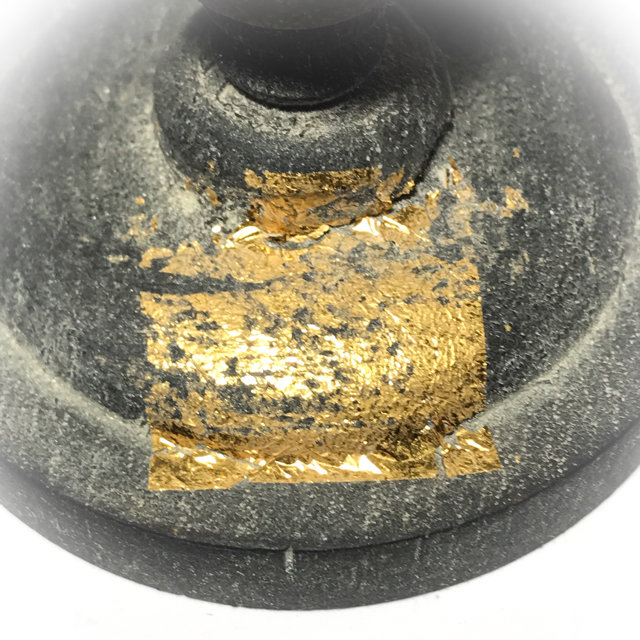 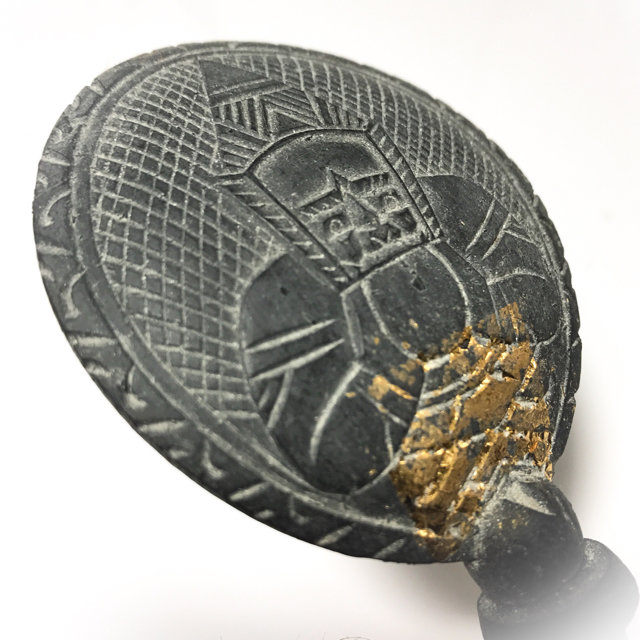 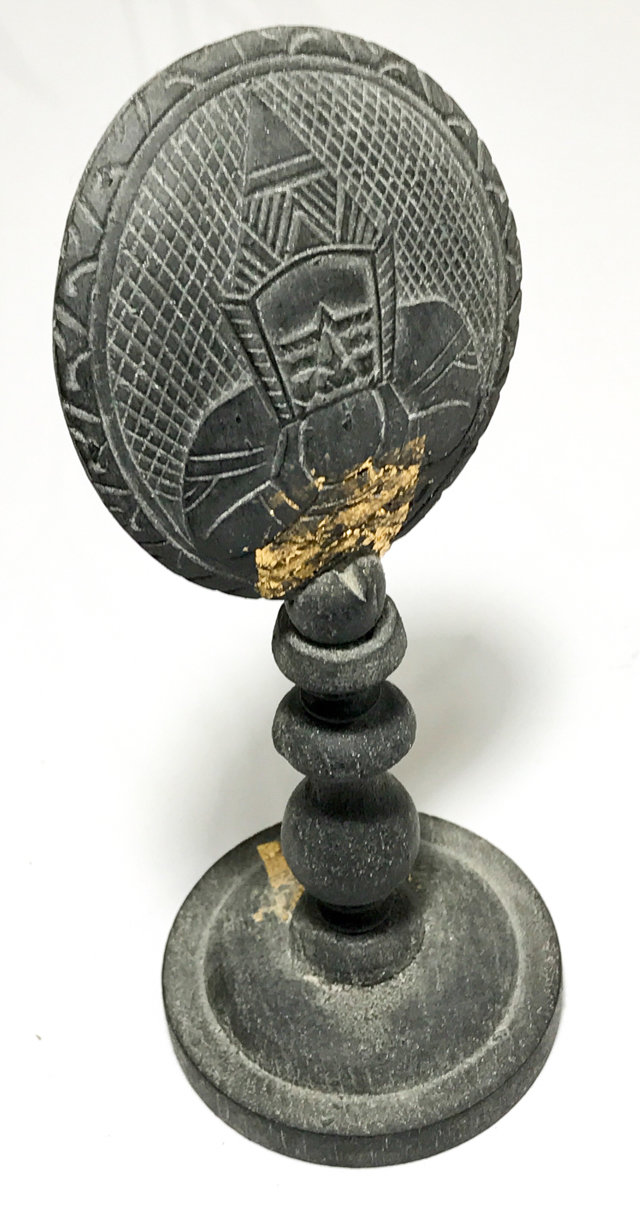 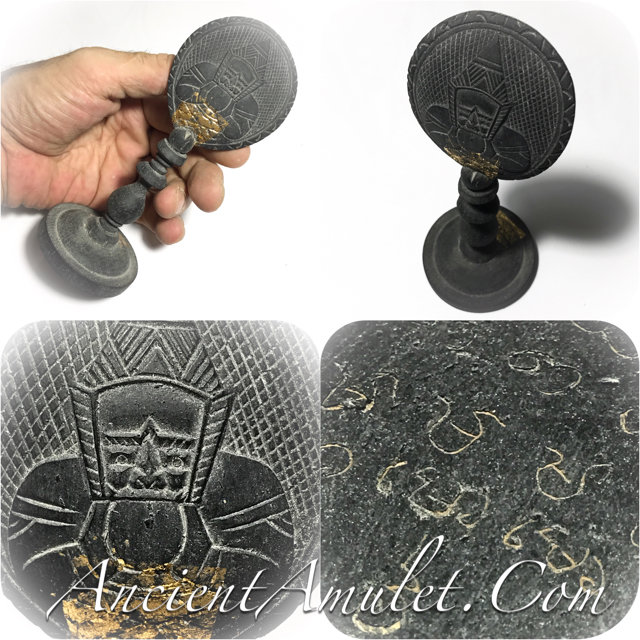