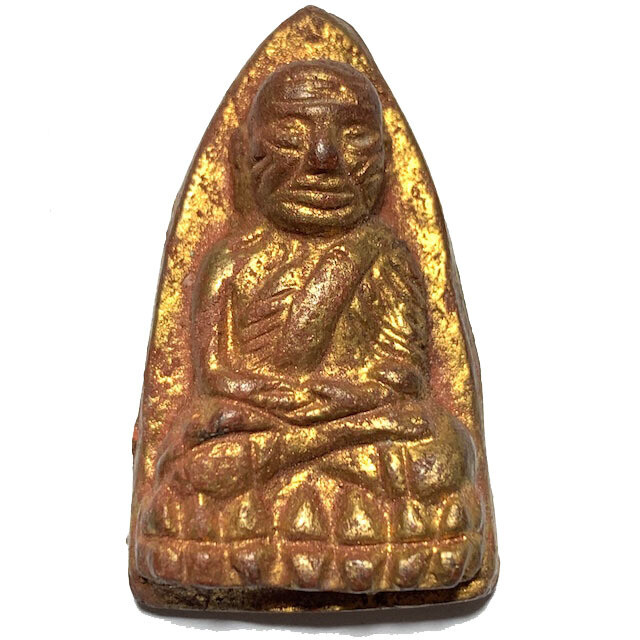 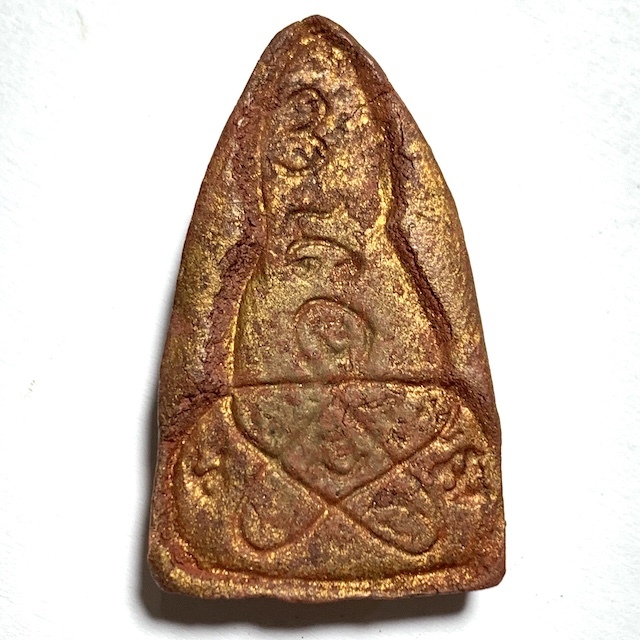 This amulet comes with FREE EMS Shipping Worldwide included. This amulet is an extremely rare Pim to find, which one could not expect to see more than a couple of times in a lifetime, if lucky, otherwise never at all.

The early era amulets were made in very small numbers, for they were hand pressed using the old treewood Block Presses from the great Luang Phu Tim of Wat Laharn Rai (in those days still called 'Wat Rai Waree'), in the early era when he first began to make his legendary Pra Khun Phaen Pong Prai Kumarn. 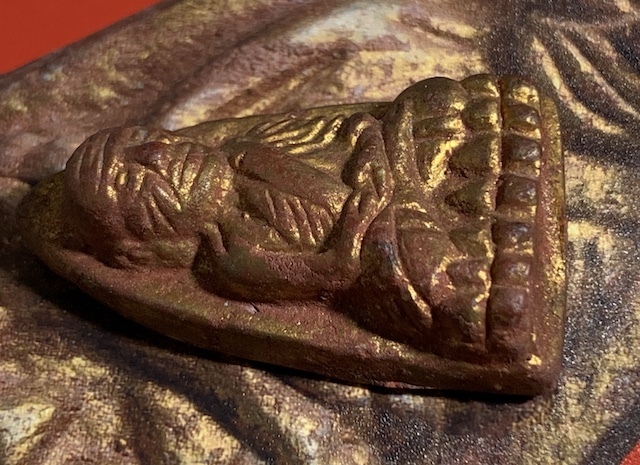 The Block Mai (and especially famously the 'Block Mai Takian') series were used to make the first Pra Khun Phaen a,ulet en masse, before which Luang Phu is known to have only made his own hand pressed coarsely designed models (extremely rare to find in the present day).

The Pra Pim Boran amulets were pressed between the years 2505, and 2510 BE, with some models of the Khun Phaen Block Mai Takian being pressed afterwards up to around 2513 BE. During this time, many other block presses were made such as Pra Somdej and Luang Phu Tuad, and others, which were distributed 'on the fly' as Luang Phu would receive devotees, and reward them for their merits with amulets. 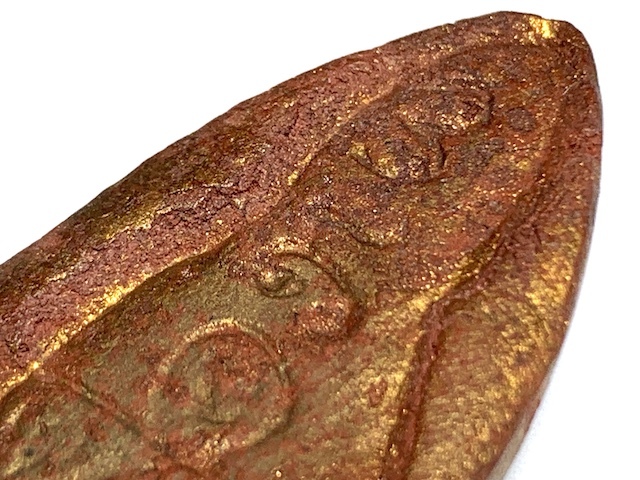 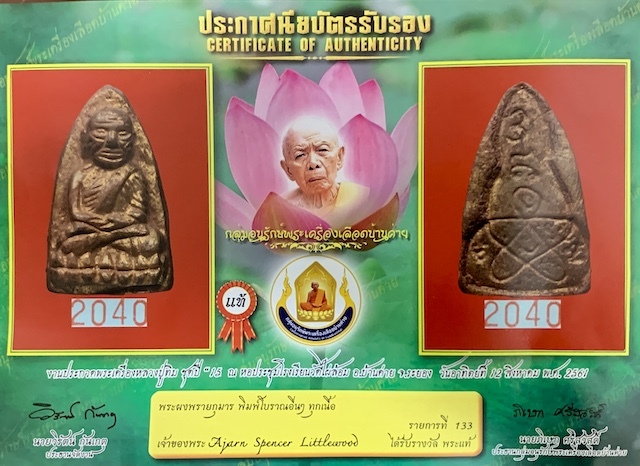 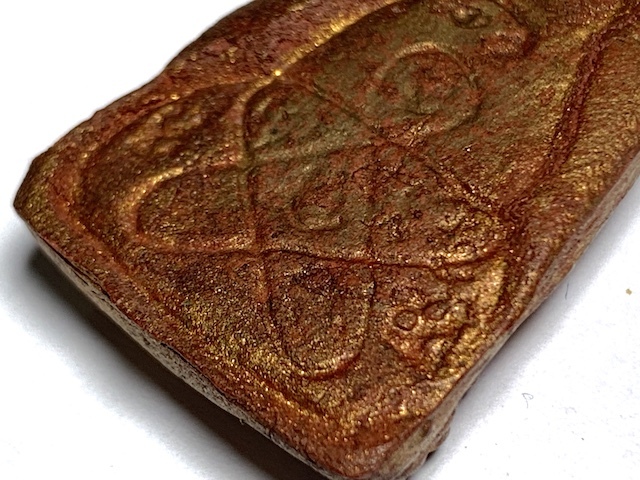 Visually, this type of sacred clay has a very soft and subtle appearance, but which further observation under the eye loupe reveals true depth and dimension, and is full of the classic characteristics of Pong Prai Kumarn powders, and a true Pra Pim Boran of Luang Phu Tim. The amulet is especially attractive for the sai rae tong kam gold powders which are fused with the Muan Sarn Sacred Powder surface, from application of Nam Man Prajao Thaksin Oil, and Gold Powder in the block press before pressing the clay. 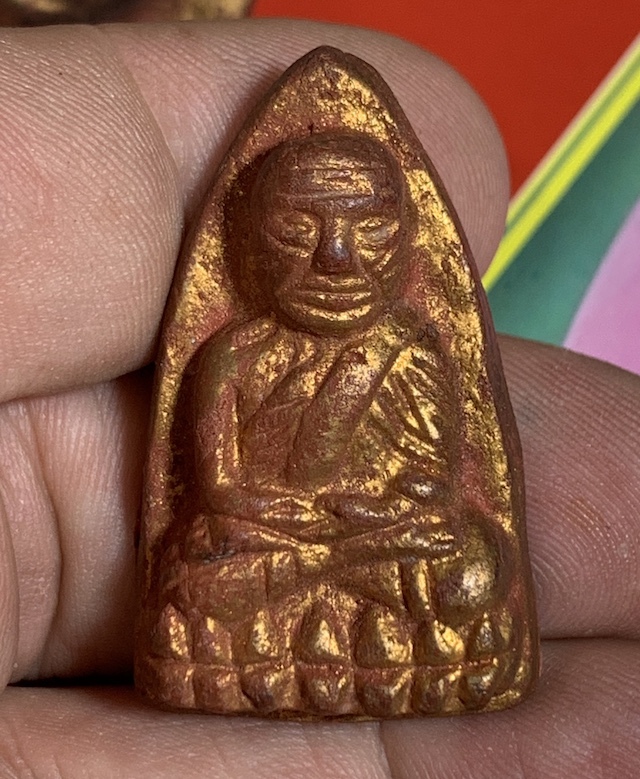 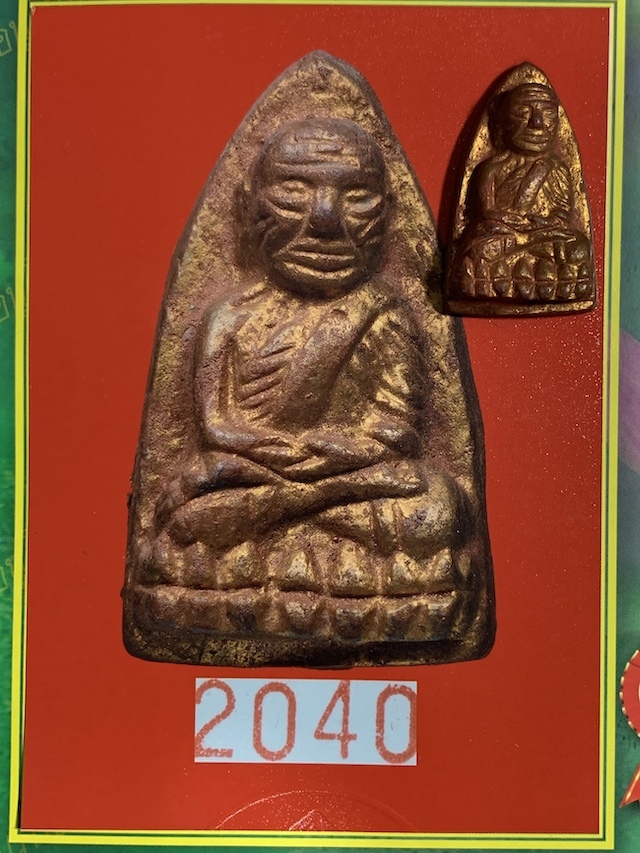 An extremely rare acquisition for any true devotee and avid collector of the Pra Khun Phaen Pong Prai Kumarn of Luang Phu Tim, and those who like to collect the full pantheon for their showcases. Extremely Sacred and Undoubtably Powerful, coming from the era where Luang Phu was less famous and much more intensively involved in the pressing of the amulets. 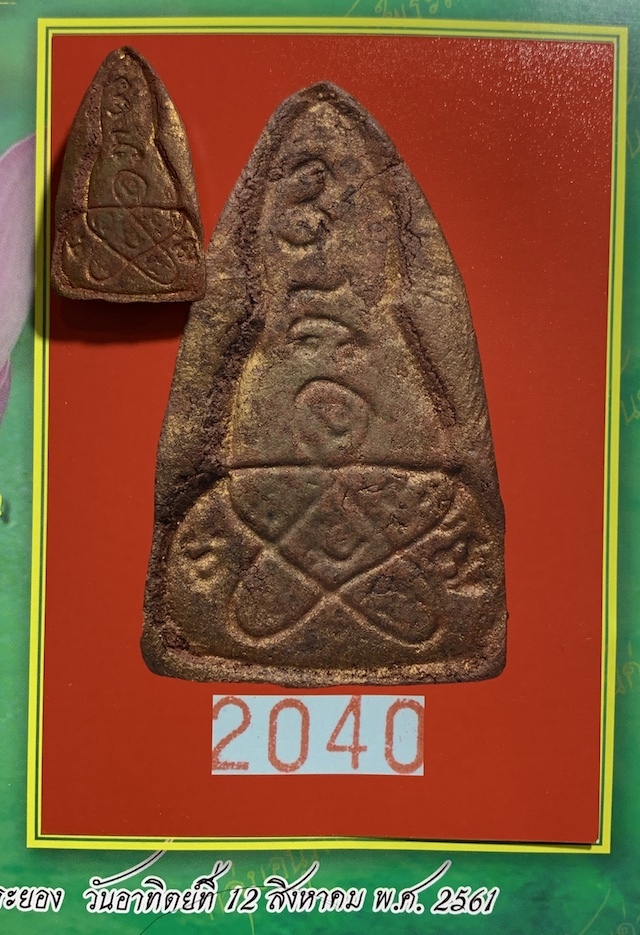 The Pra Khun Phaen Pong Prai Kumarn Luang Phu Tim is known for its Maha Sanaeh and its Kong Grapan Chadtri Powers, as well as for immense Siang Choke Maha Lap for Gamblers and Speculative Risk Investors to increase their good fortunes. 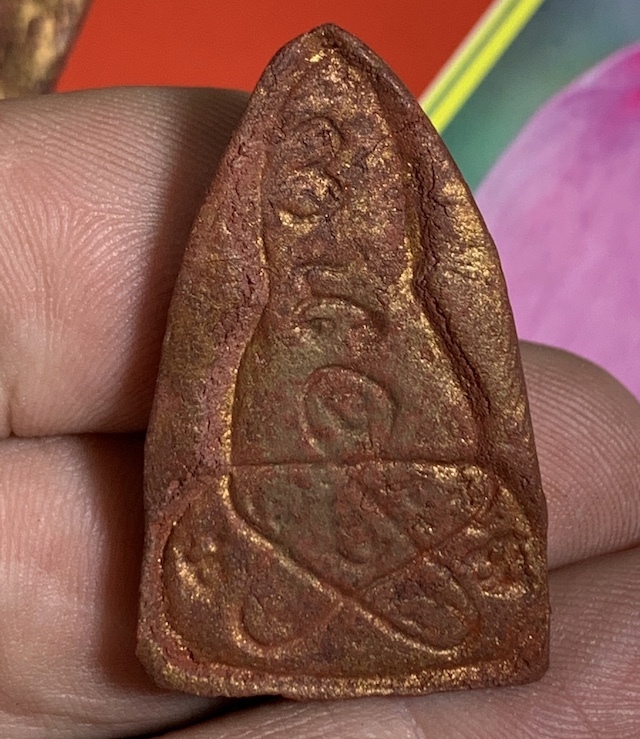 The Pra Khun Phaen Block Mai olden days wooden carved block press amulets have slightly less detailed carving than the Block Hin meed Gone or the Block Tong Hlueang (Block 2), but despite lesser refinement in design features, the amulet has equal level of preference and its own groups of devotees and collectors, for the charm and spiritual power associated with`the hand pressing and personal touch given by Luang Phu Tim to the early era amulets and the fact that they are amongst the first Pra Pong Prai Kumarn amulets made by Luang Phu, and given individual attention and hand pressing. 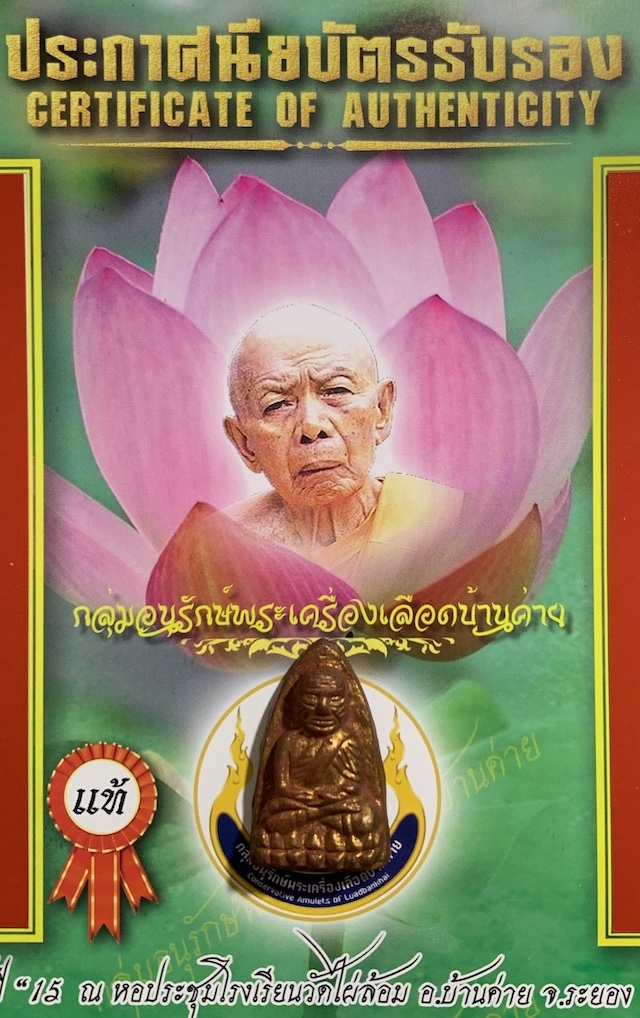 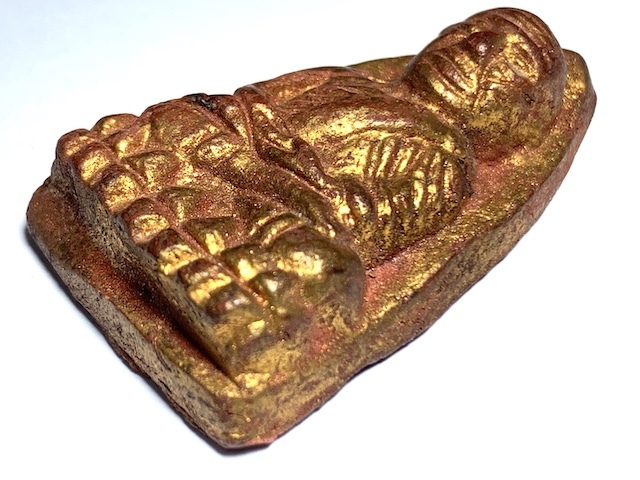 Close perusal under the eye loupe reveals the amulet to be made from a base of Nuea Pong Wan Sabu Kuead, Pong Pong Prai Kumarn, and has a very high Muan Sarn Concentrate. This is a most Powerful Muan Sarn filled with Metta, Maha Lap, Klaew Klaad, Maha Ud, Kaa Khaay, Maha Pokasap and Kong Grapan. 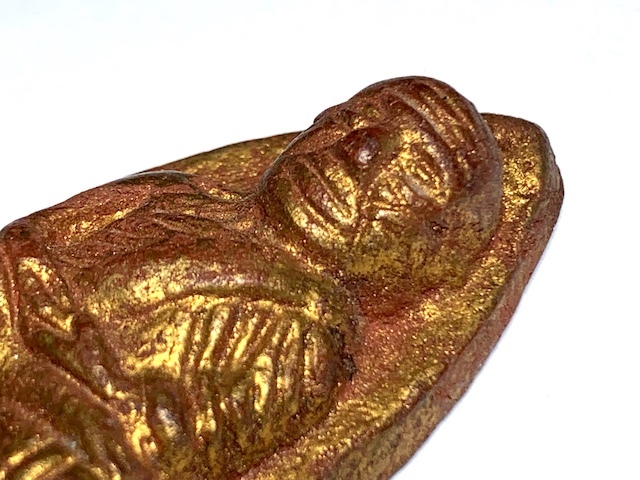 Below; A Podcast from the 'Amulet Talk' Series, talking about the laater, highly discussed and now top hit 2515 BE Edition Block 2 Pra Khun Phaen Pong Prai Kumarn of Luang Phu Tim, another top preferred and now number one amulet of the Muan Sarn Sacred Powders type amulets of Luang Phu Tim, since the "Block 2" 2515 BE series overtook the popularity of the 'Block Raek' 2517 BE series 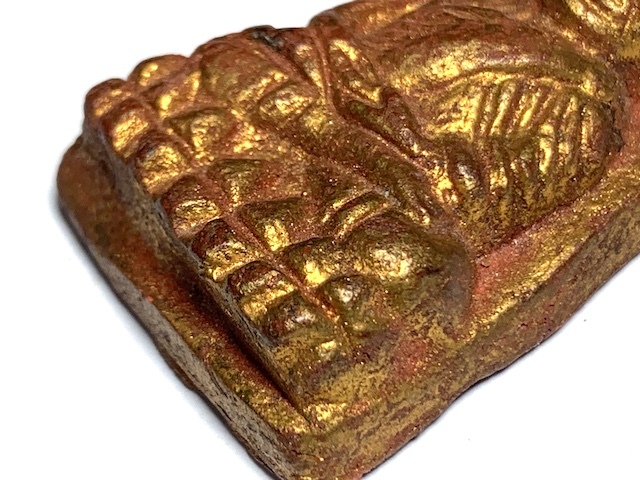 Be it his Roop Muean, Look Om Pong Prai Kumarn, Pra Khun Phaen, or the many models of Pra Pong Prai Kumarn Pim Boran, the Muan Sarn Sacred Powders of Luang Phu Tim and his empowerments are among the most highly regarded of all. This particular exhibit has easily recognizable features of the easily identifiable Muan Sarn for its classic appearance, with no visual discrepancies, and the evident presence of authentic Sacred Powders of Luang Phu Tim. 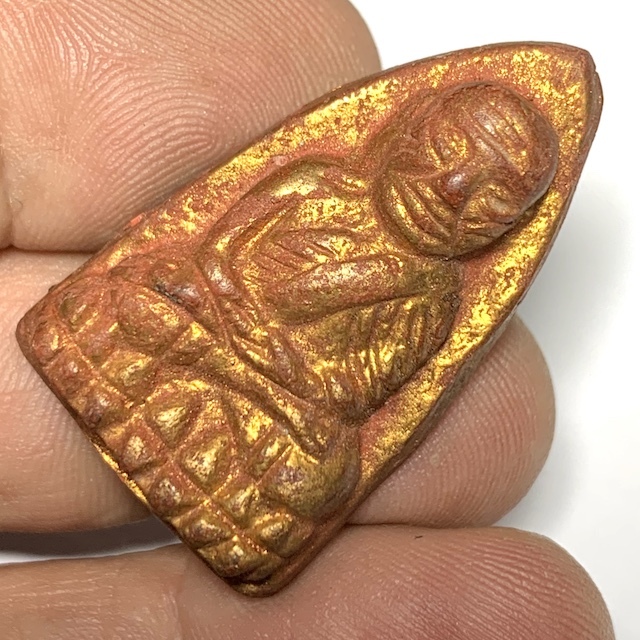 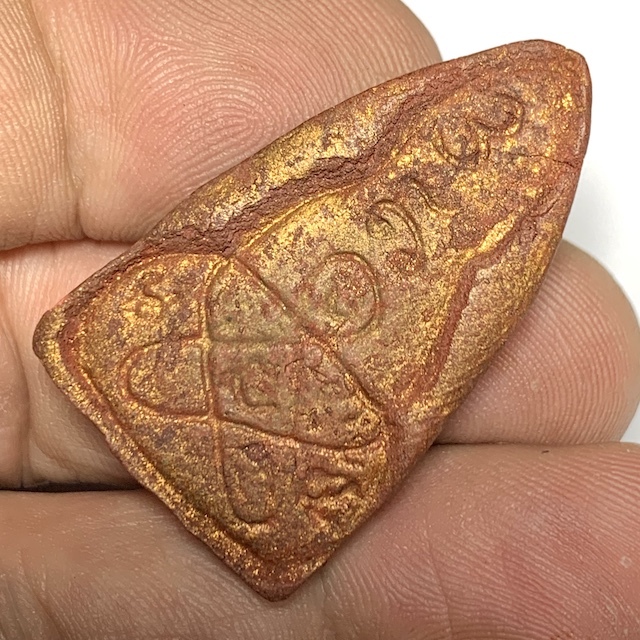 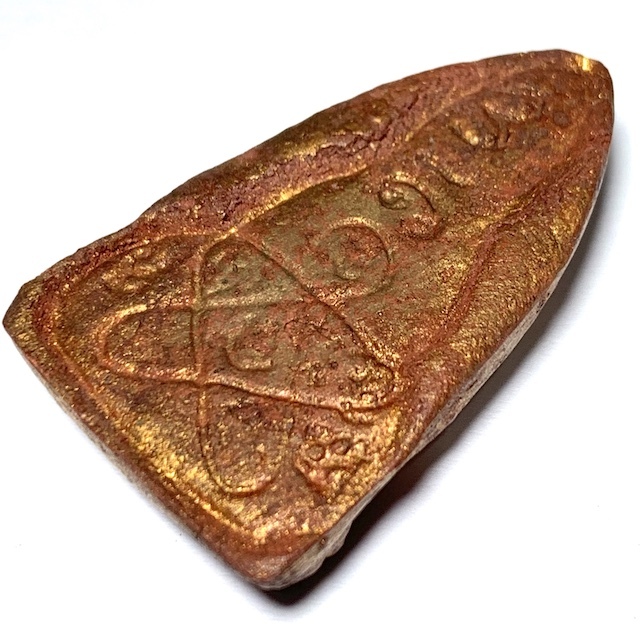 We ourselves feel that all of Luang Phu Tim's amulets are equally Sacred and Powerful in their own way, regardless of which edition or which temple he blessed them at (or how high or low their prices are), but we do, as do all Amulet Appreciation Fanatics, recognise the categories of preference within the hierarchies of different editions, which is for us one of the more subtle and fascinating parts of the study of high end amulets within the collector scene, and part of the fine art of learning how to recognise and value Sacred Amulets of High Preference and Rarity. By this, we mean that any amulet blessed by Luang Phu Tim, be it of higher or lesser monetary cost, is as powerful and sacred as any other. 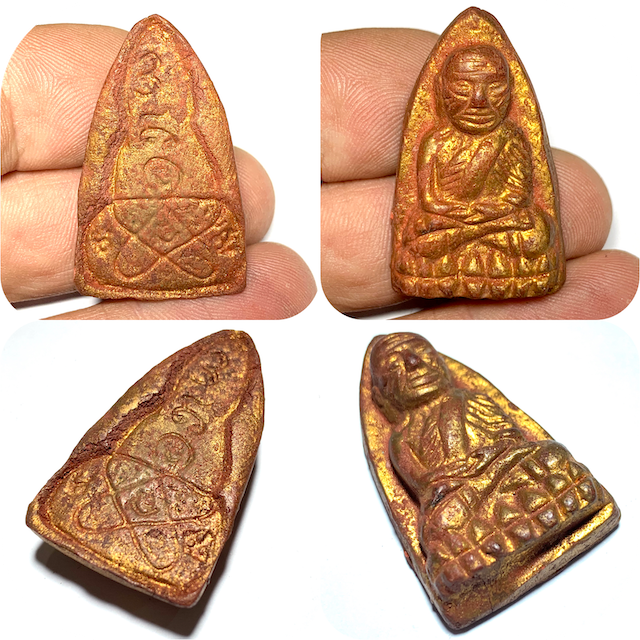