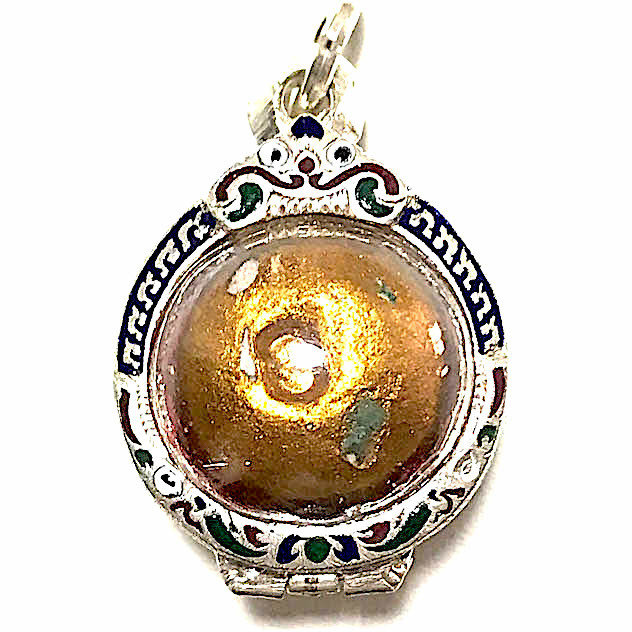 Look Om Pong Prai Kumarn Sacred Powder wishing ball amulet - Khanad Yai (Medium-L arge Size 1.8 Cm diameter), from Luang Phu Tim of Wat Laharn Rai. Blessed in 2517 BE at Wat Po Sampant, with additional blessings by the great Luang Phu To and Luang Phu Rerm, and Luang Por Chern. A most Sacred and now very rare edition which is becoming ever increasingly sought after, and rarer by the day, in the present Era. 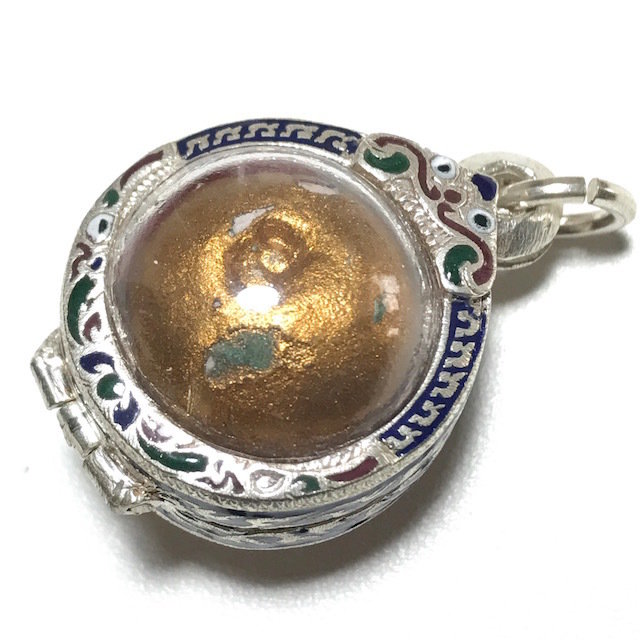 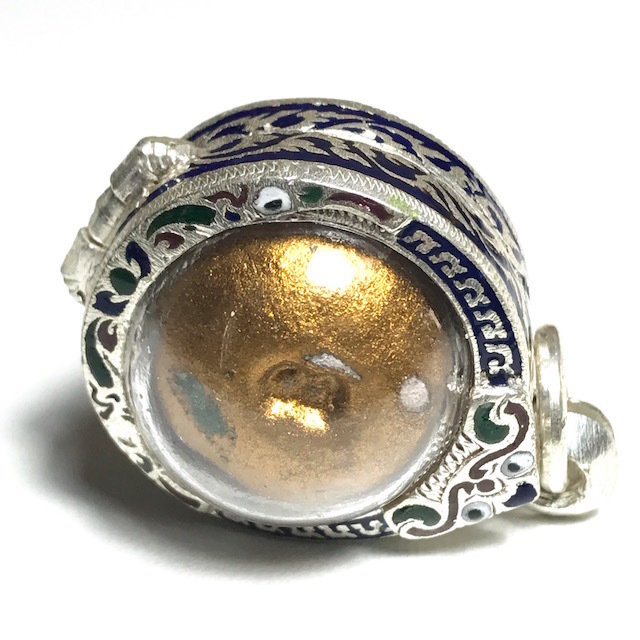 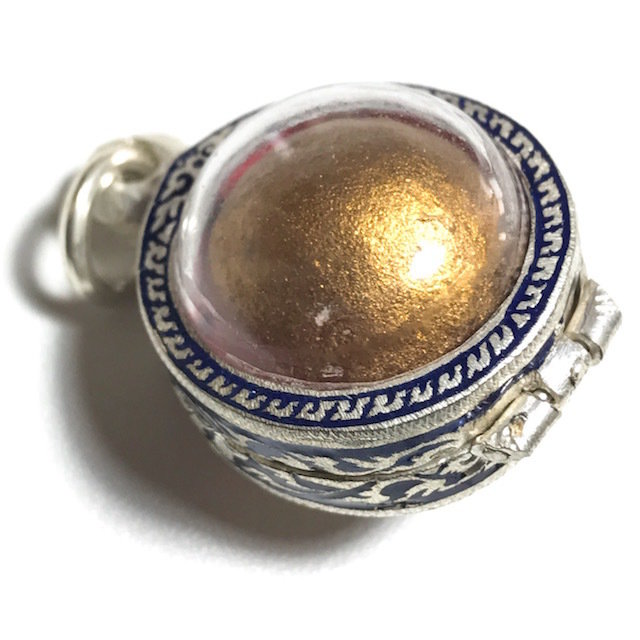 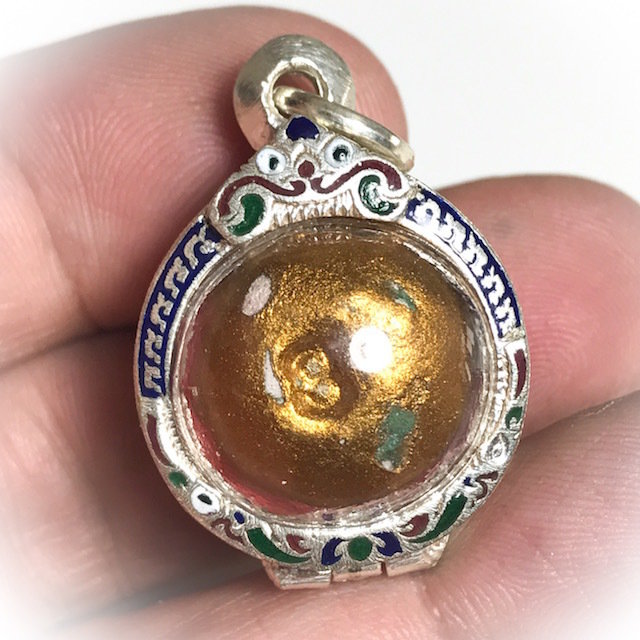 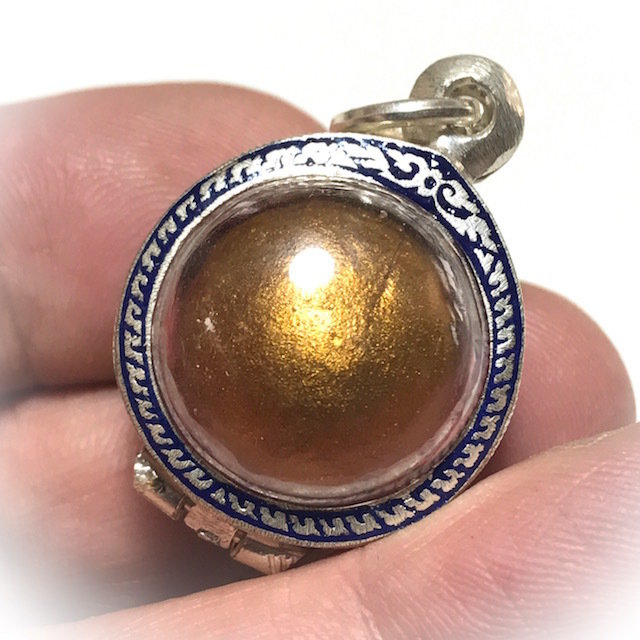 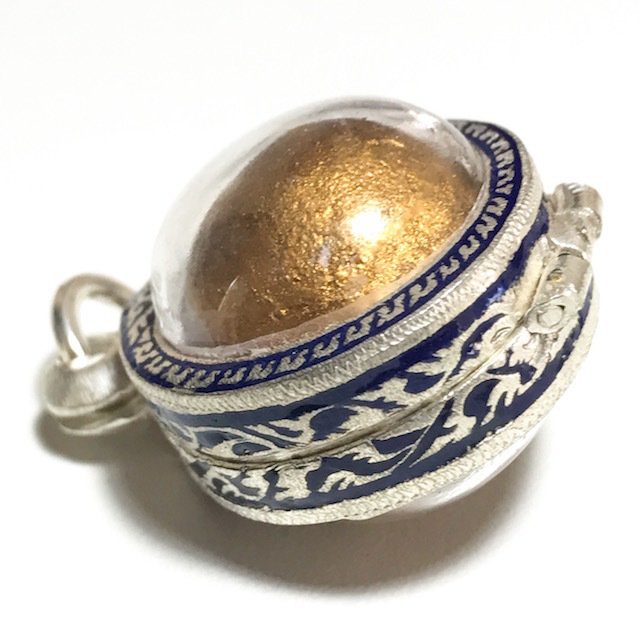 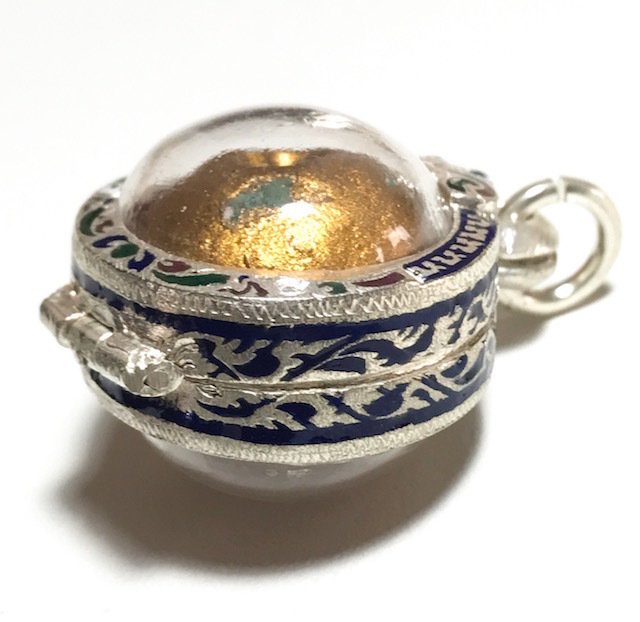 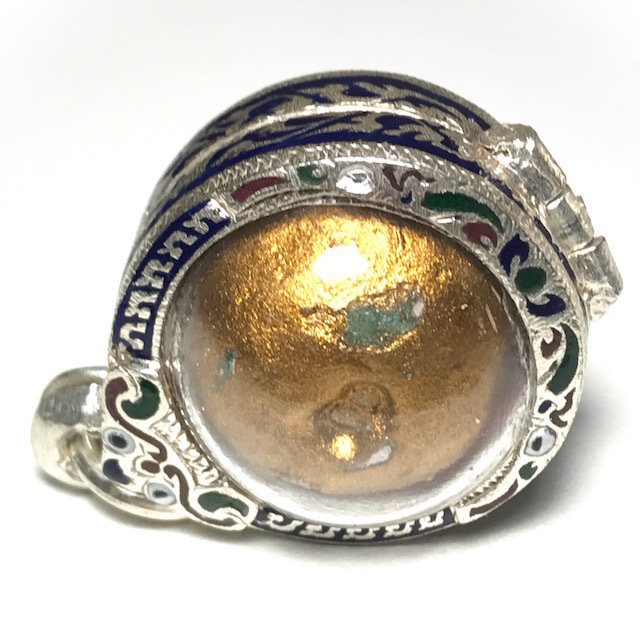 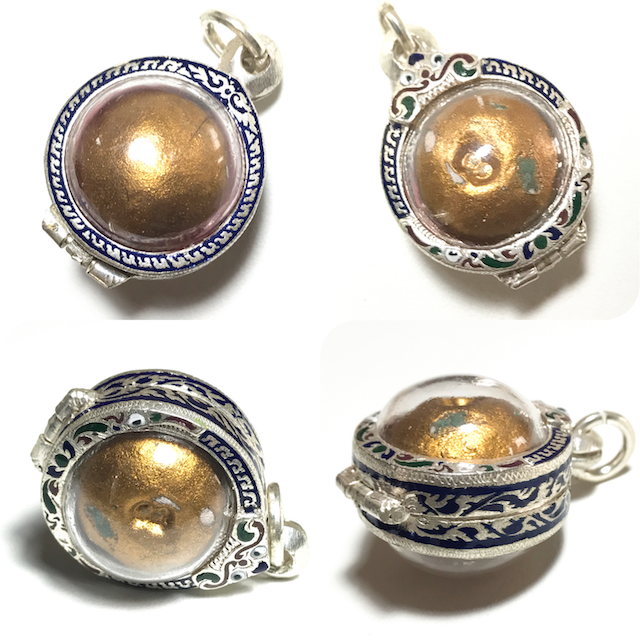