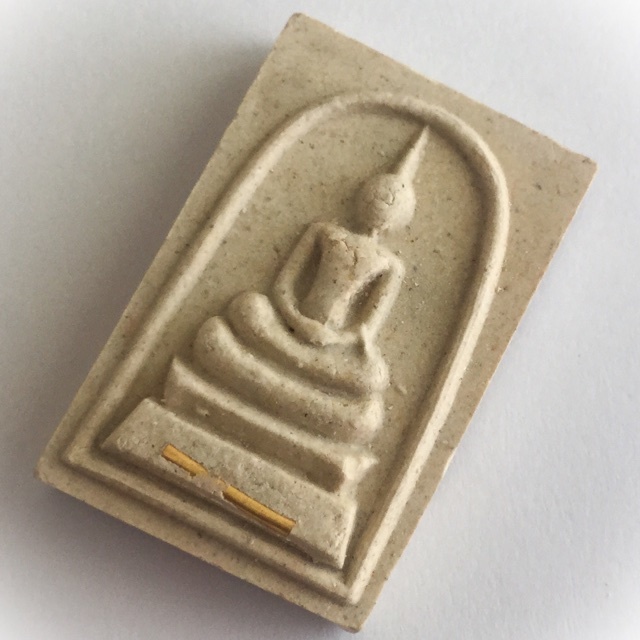 This amulet is in exceptional condition and has been kept unused since release, without ever having been worn. The amulet is in the same condition as when it entered the box over 20 years ago. For this reason, this amulet can be considered an exceptionally attractive example, worthy of serious collection and the highest reverence.

The front face features a most classic and in pristine appearance image of the Buddha in the classic style of the Pra Somdej Wat rakang, with a slightly more elongated ovaloid head (Siarn Badtr).

The Buddha is seated on a 3 tiered dais, and a single solid gold takrut is inserted into the bottom part of the dais, empowered with Buddhist prayers and Incantations from Luang Por Yid, and other monks present at the Buddha Abhiseka Blessing Ceremony. 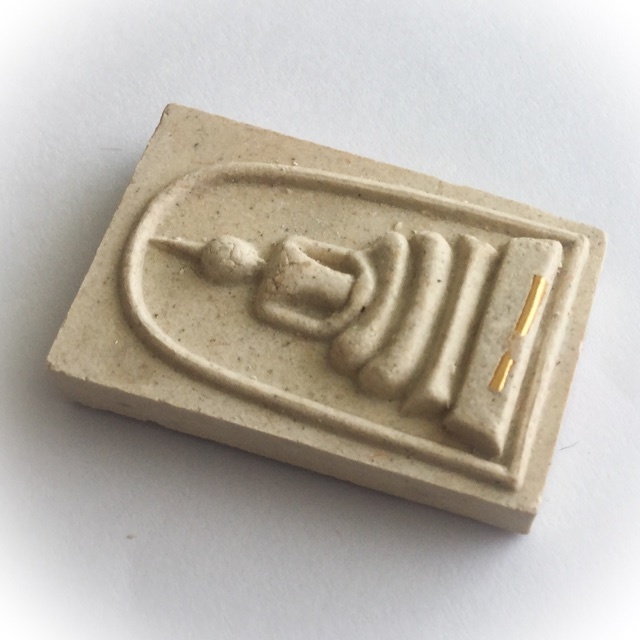 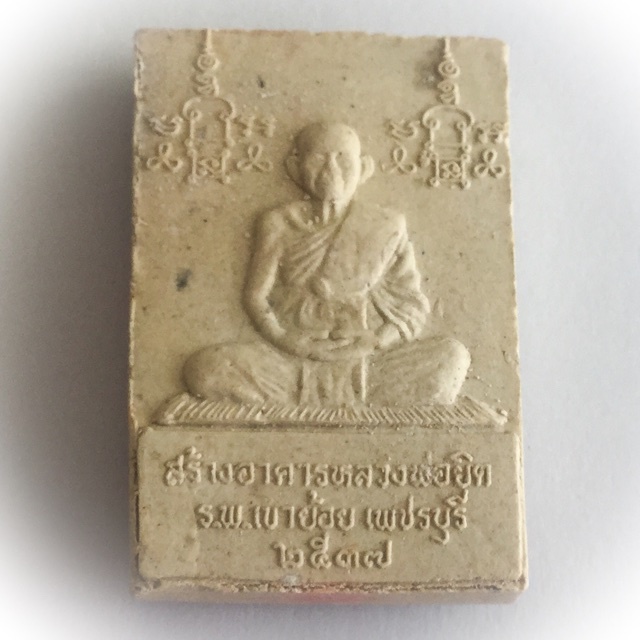 Luang Por Yid was famous for being able to chant and empower Palad Khik to the point where they stand up and dance around of their own accord, and has been seen to do this a hundred times or more with devotees witnessing the event. 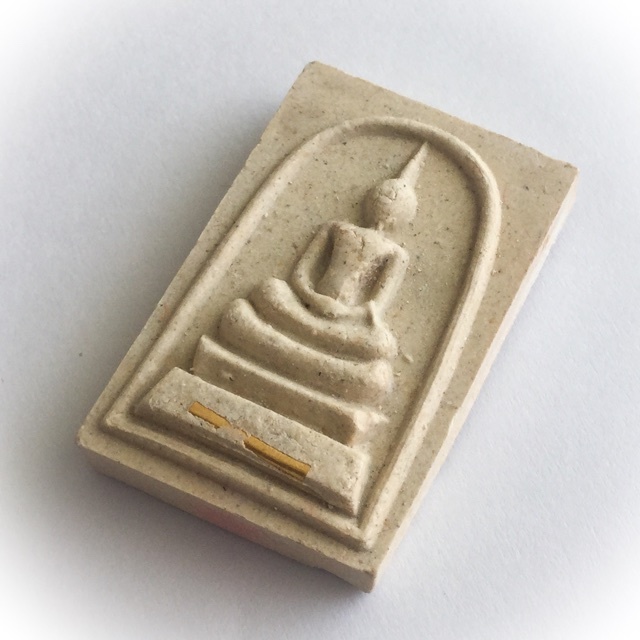 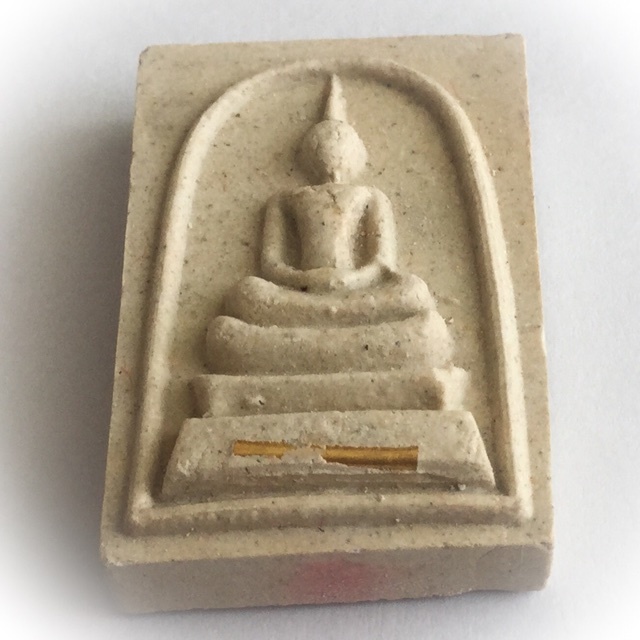 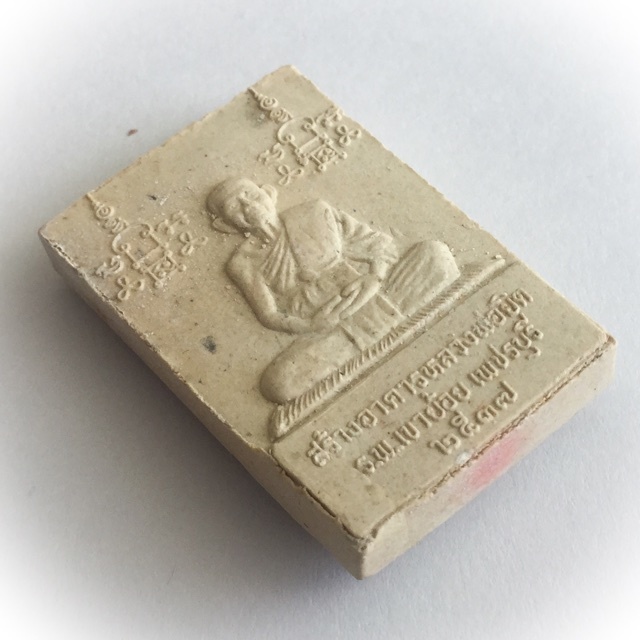 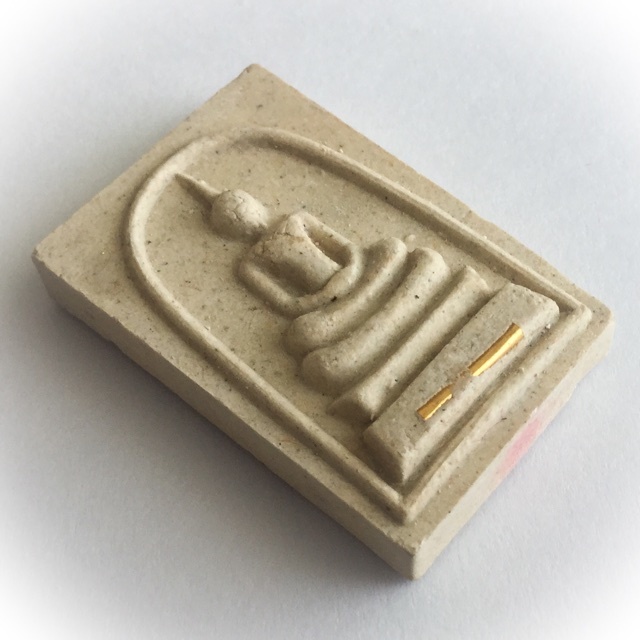 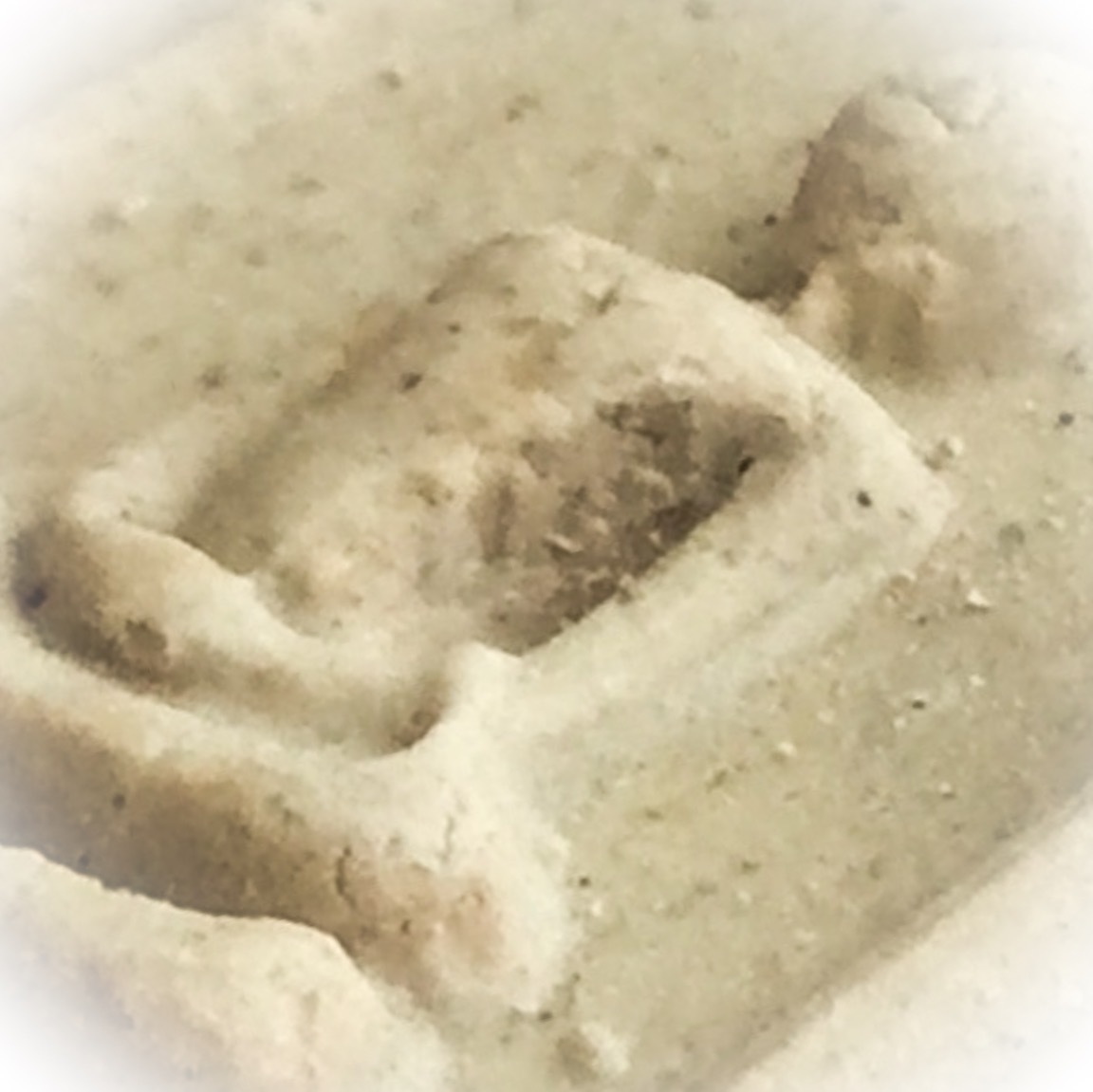 Above and below; A Macro Close Up Image of the Muan Sarn Powders on the surface of the Pra Somdej Amulet 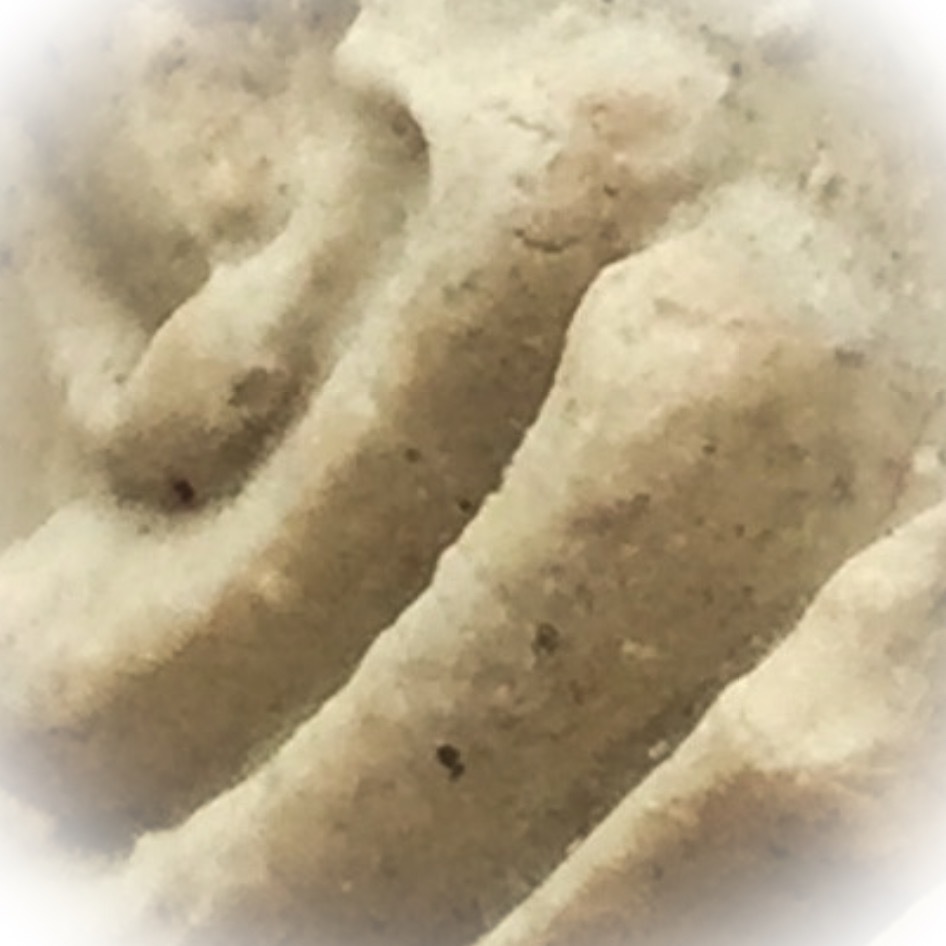 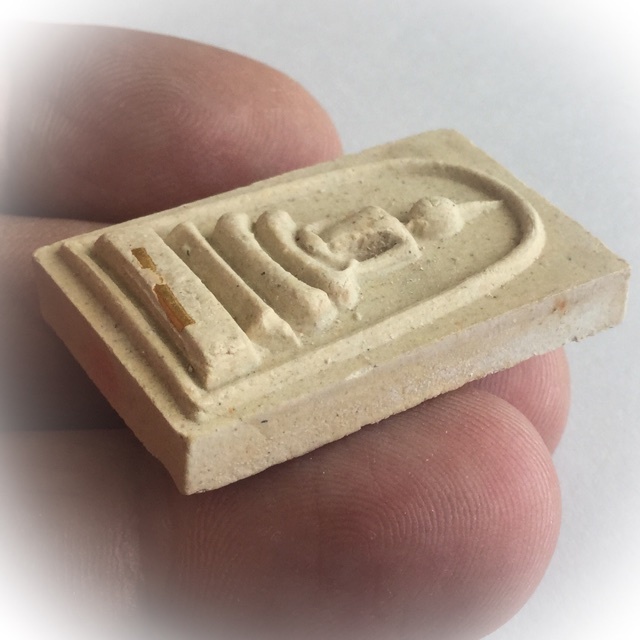 Ajarn Chaiya says that he wished there had been mobile phones with cameras in those days as we have now, for he would have filmed it to show the proof. 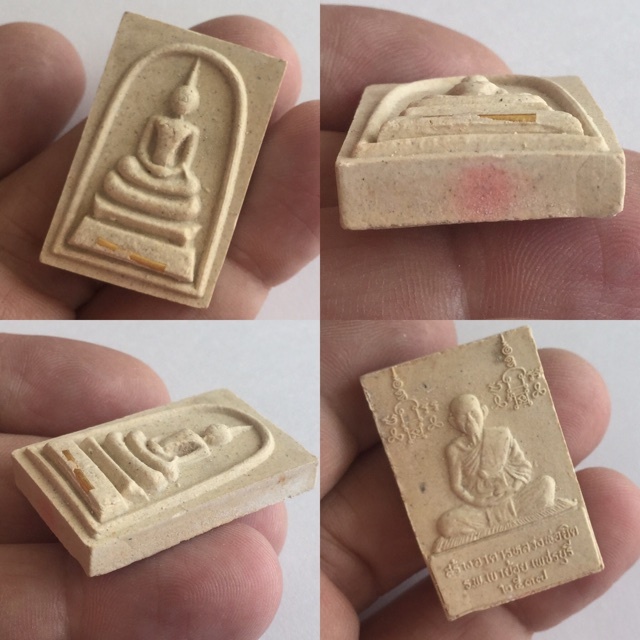 He says that if that had been possible, that Luang Por Yid would now be world news for the amazing ability, which many other supposed Masters have tried to emulate but were not able to perform this effect from afar without touching the Palad Khik as Luang Por could do. Luckily, thanks to Ajarn Spencer's Buddha Magic Project, we have some footage for you to enjoy, and witness the event for yourselves; 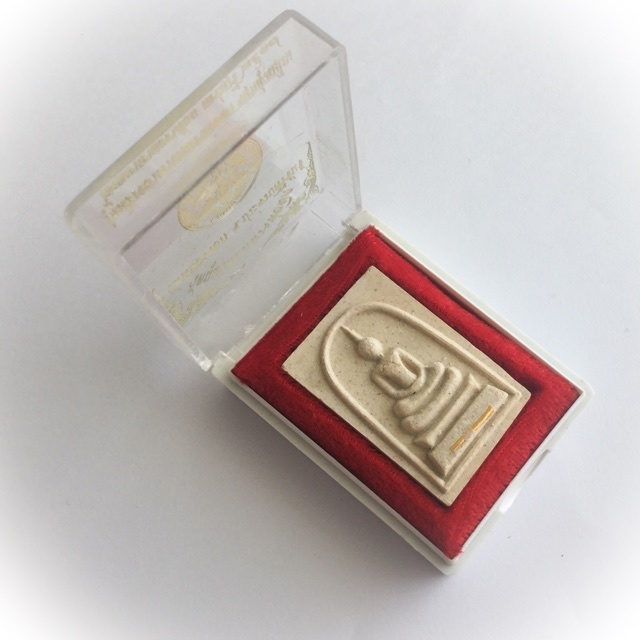 Amulet comes with original box from the temple