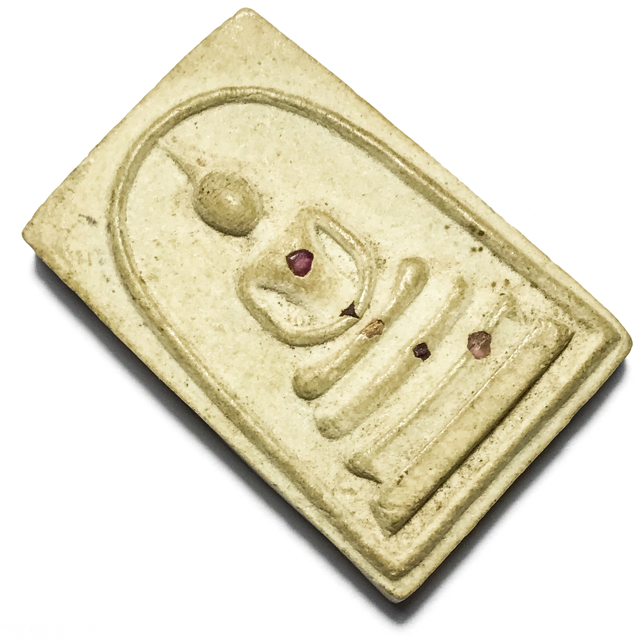 The features of the Buddha Image are classic Pra Somdej. The Pim has a very clear cut and highly defined relief, which is raised up enough from the flat surface of the amulet to cast shadows below its protruding features, which allows for a high level of contrast when examining under the eye loupe in natural light. On the upper section of the rear face of the Votive Tablet, we can see the Yant Ongk Pra, with Khom Agkhara Kata 'Na Ma A U' are embossed on the rear face of the Votive Tablet, with three Unalome, one to crown the Ongk Pra, and one each for the Khom Agkhara syllables, with the letter "U" below to seal the spell. 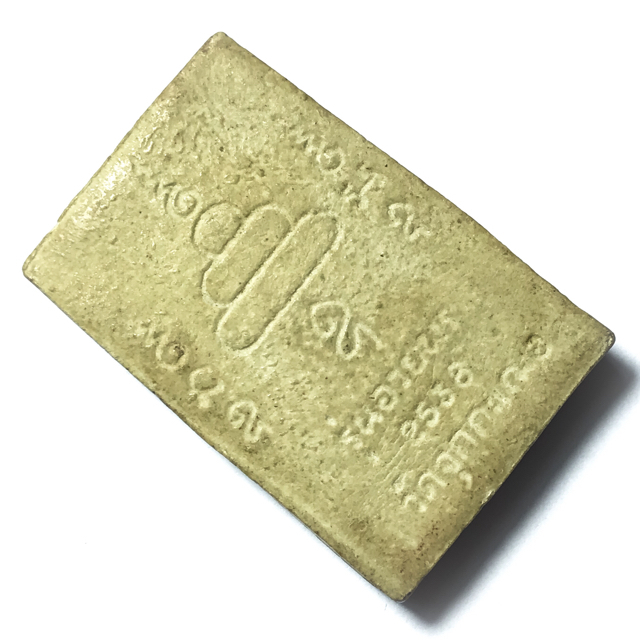 Luang Por Rerm was a Gaeji Ajarn Master Monk of the Chonburi Province, who despite the fact his amulets are of lesser price than many of his Peers, his reputation, as well as the power of his amulets, and their high demand, are in by no means lesser than that of the much more expensive alternatives, such as Luang Phu Tim (Wat Laharn Rai), and Luang Phu To (Wat Pradoo Chimplee). Luang Phu was however in his time, equally revered and respected as these other Great Masters. His amulets are considered to differ only in price, but not in power, to those of LP Tim and LP To. 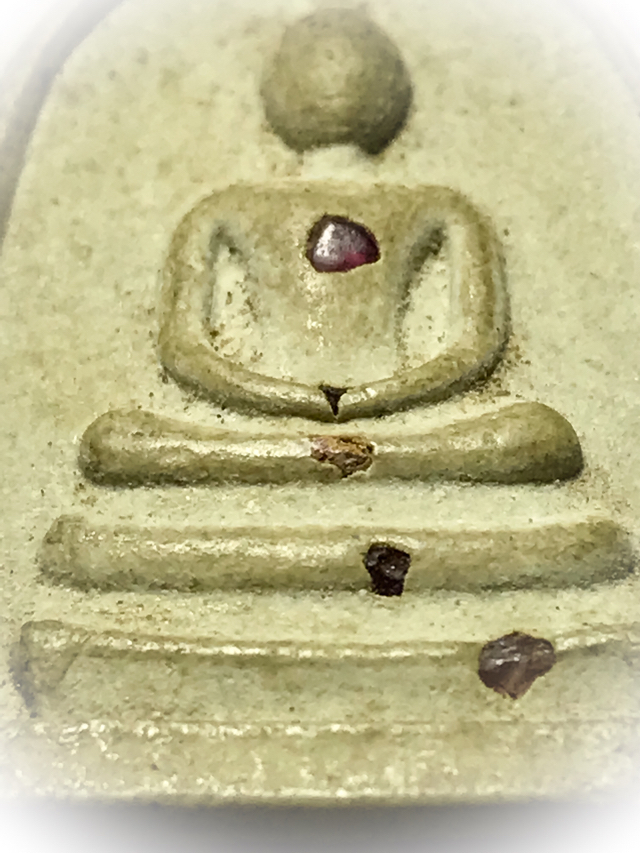 The Rubies inserted into the Muan Sarn of of the amulet are 'Ploi Sek' enchanted gemstones, with special Magical Powers of Maha Pokasap to increase wealth, and even heal certain ailments. The Ruby is a stone of nobility, which captivates the eye, considered the most magnificent of all gems, the queen of stones and the stone of Emperors and Kings. The Ancients believed it surpassed all other precious stones in its virtues, and its value exceeded even that of the Diamond. The Chinese Emperor Kublai Khan was said to have offered an entire city in exchange for a sizable Ruby. 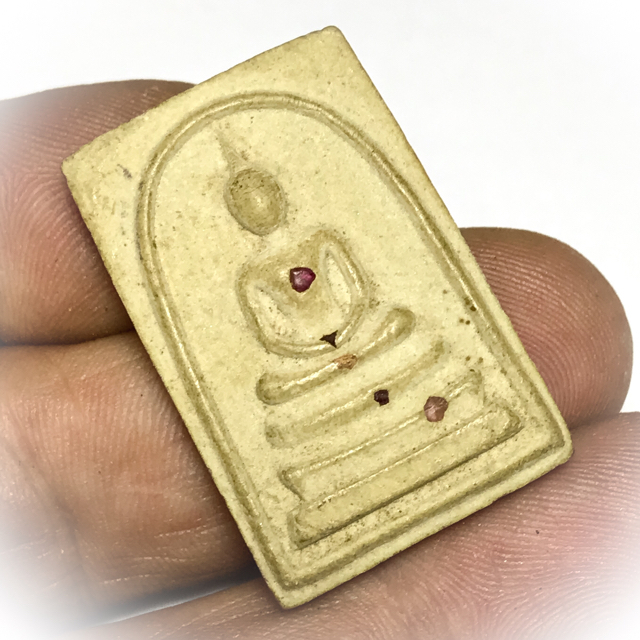 Rubies are Revered in many cultures throughout history, the Ruby has always been a talisman of passion, protection and prosperity. It symbolizes the sun, and its glowing hue suggests an inextinguishable flame within the stone that legends claim would shine through even the thickest clothing and could not be hidden; if Ruby were cast into water it would cause it to boil, and if carved and pressed into wax, it would melt the wax. It was worn as an amulet or charm to ward off plague and pestilence, warned its wearer of impending danger, kept the body safe, and banished sadness and foolish thoughts. It was reputed to bring its owner peace, drive away frightful dreams, restrain lust, and to help resolve disputes. Burmese legend declares inserting a Ruby into the flesh would make one completely invulnerable. 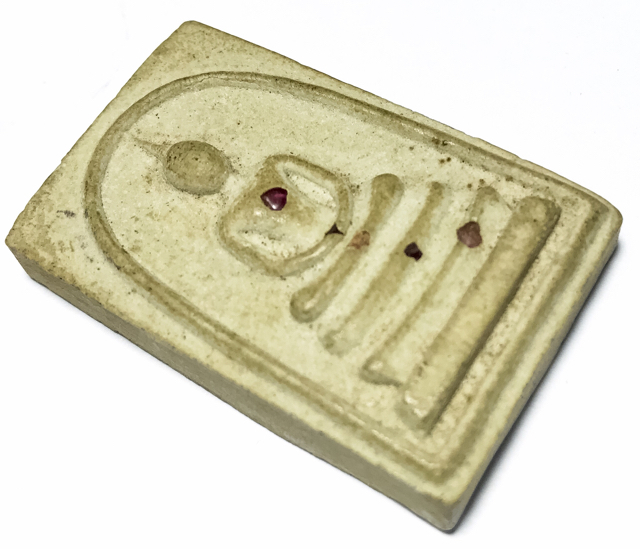 Today, Ruby’s metaphysical properties are no less astounding. This exquisite crystal emanates the pure Red ray with a vibrancy unsurpassed in the mineral kingdom. It actively stimulates the Base Chakra, increasing vitality and chi, the life-force energy, throughout the physical body and into the spirit. It promotes a clear mind, increased concentration and motivation, and brings a sense of power to the wearer, a self-confidence and determination that overcomes timidity and propels one toward prosperity and achievement

Ruby initiates the sensual pleasures of life. It stirs the blood and stimulates the heart, encouraging one to enjoy being in the physical world. It increases desire and sexual energy, and may be used to activate the kundalini. Ruby has always been associated with love, especially faithful passionate commitment and closeness. In antiquity Rubies were considered to be perfect wedding stones. Ruby’s intense energy sharpens the mind, bringing a heightened awareness and excellent concentration. It promotes a courageous attitude, and may increase one’s success in controversies and disputes. - Source; Crystal Vaults . 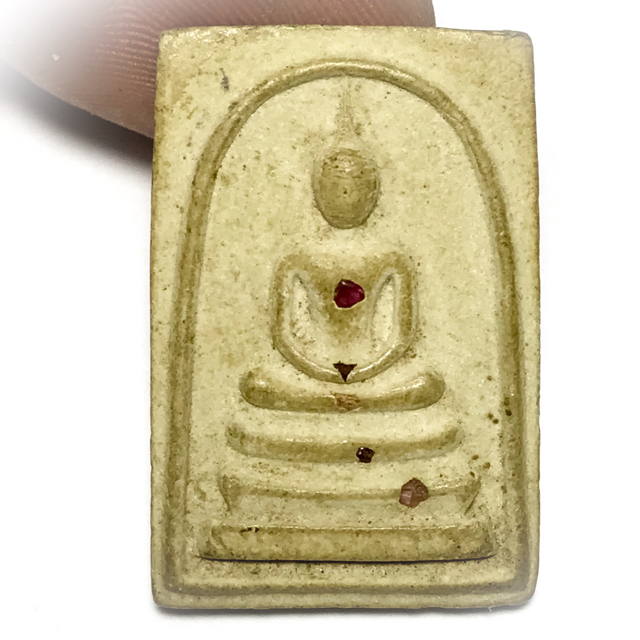 The name of the temple of Wat Juk Gacher, is also the only temple with this name in the country. This is because of an olden days folklore of a place in the forest in what is now known as Bang Lamung (Chonburi), there was a place where woodcutters and hunters and other people who lived in the forests would have some huts, which was known as 'Juk Gacher'. The word 'Gacher' comes from ancient Khmer, and means 'Tree'. 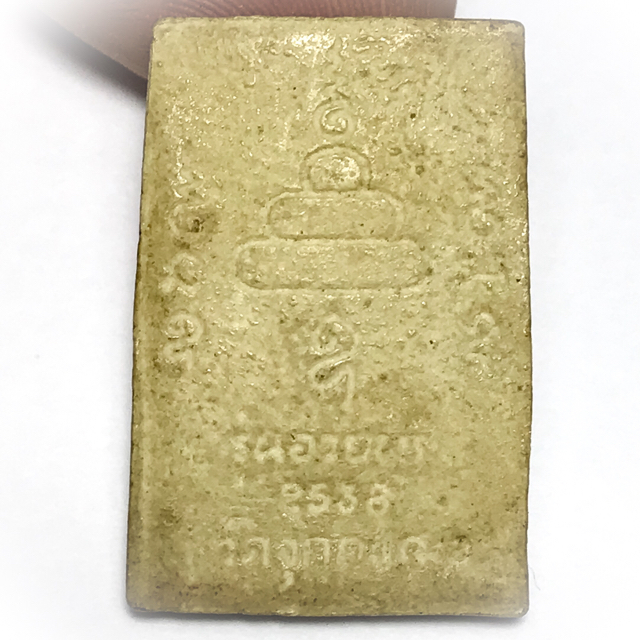 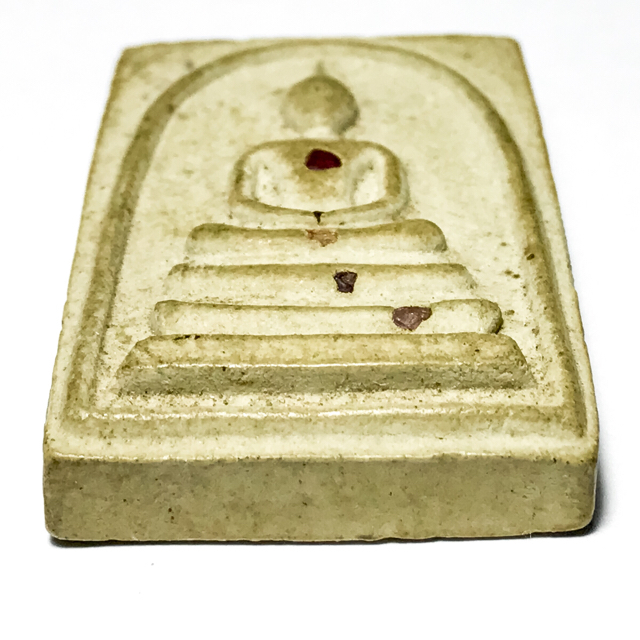 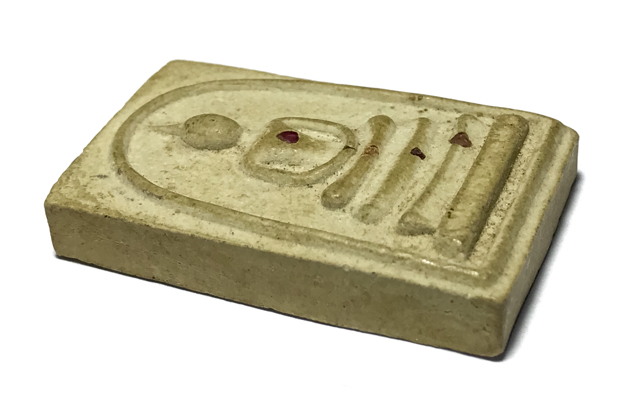 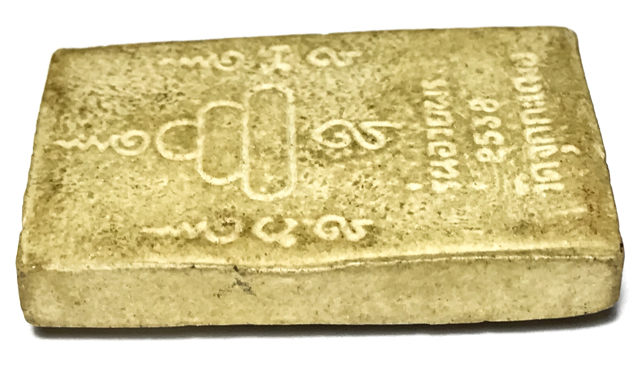 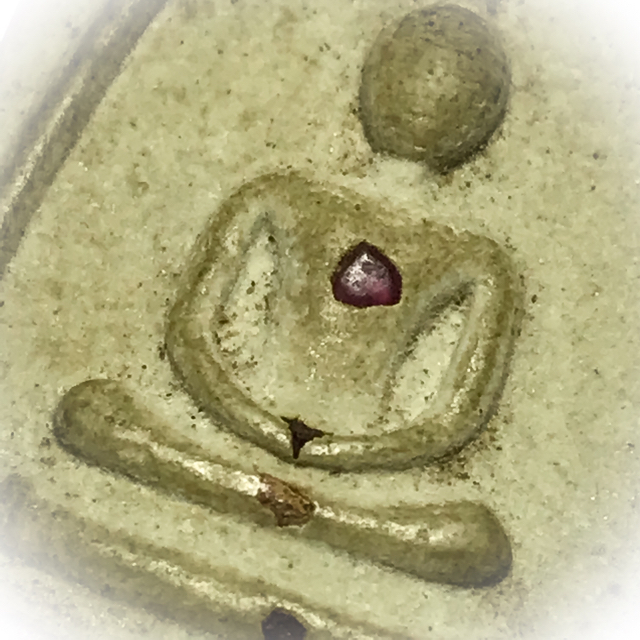 Then, only 6 years after Luang Phu Rerm arrived to stay at Wat Juk Gacher, Luang Por Khan passed away, Leaving Wat Juk Gacher without an Abbot, to administrate and take care of the temple. So the local devotees immediately began to beseech Luang Phu Rerm to take on the task, which he accepted. One year later, the Sangha Comittee elected Luang Phu rerm to become the Bishop of the Municipality, in addition to being Abbot of Wat Juk Gacher. 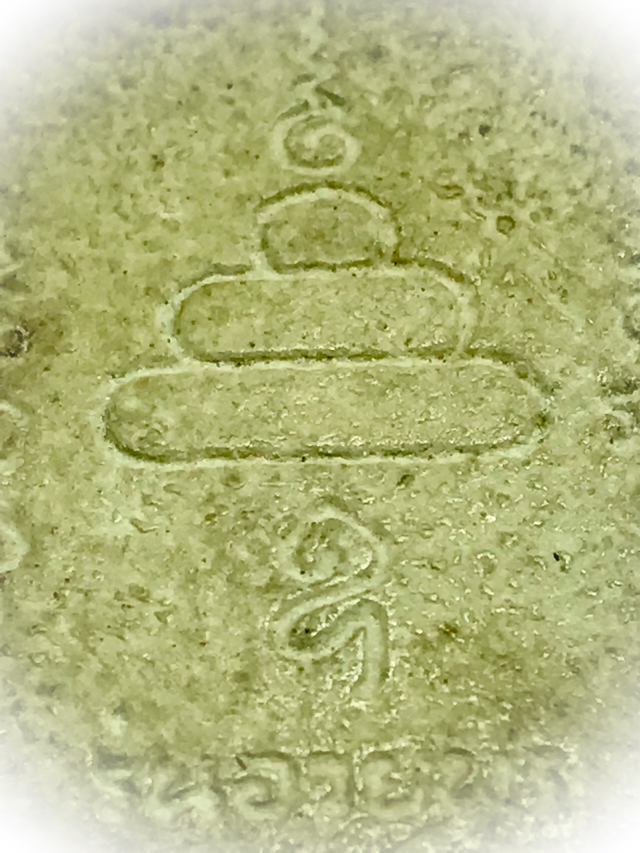 This is incredible when one considers that Luang Phu Rerm was still only 6 years into his Ordained Life, and was not yet either a Thaera (decade or more ordained) not was he a 'Pra Kroo' (academically credited with degree). But his great selfless effort, and ability to administrate and get things done, was enough for his lack of academic degrees to be overlooked. 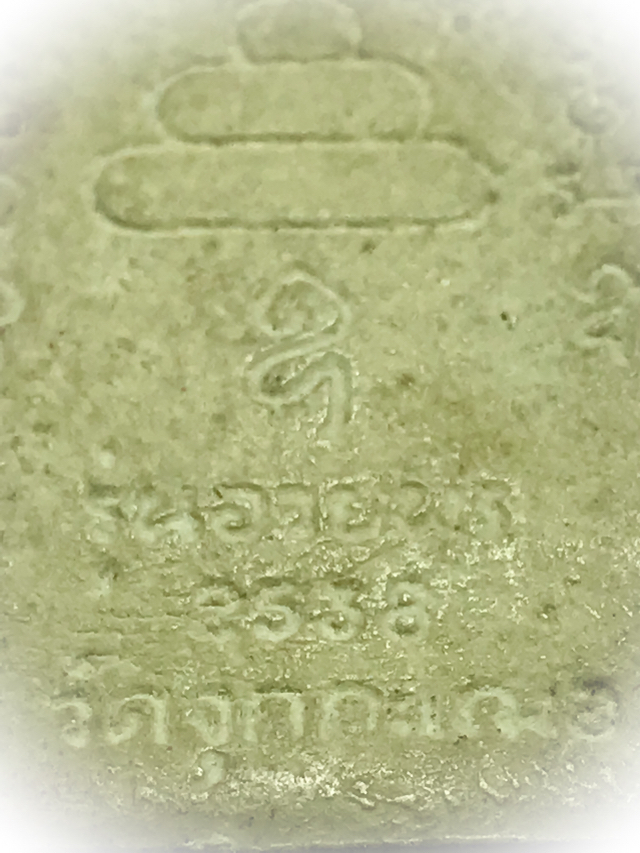 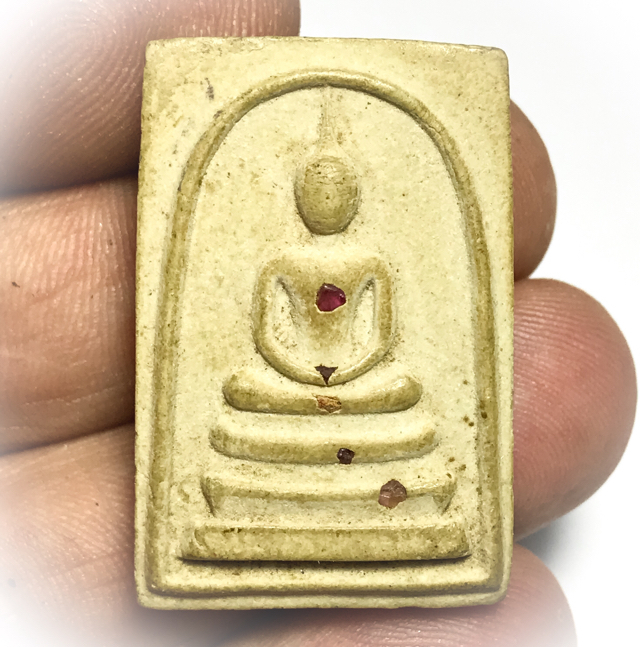 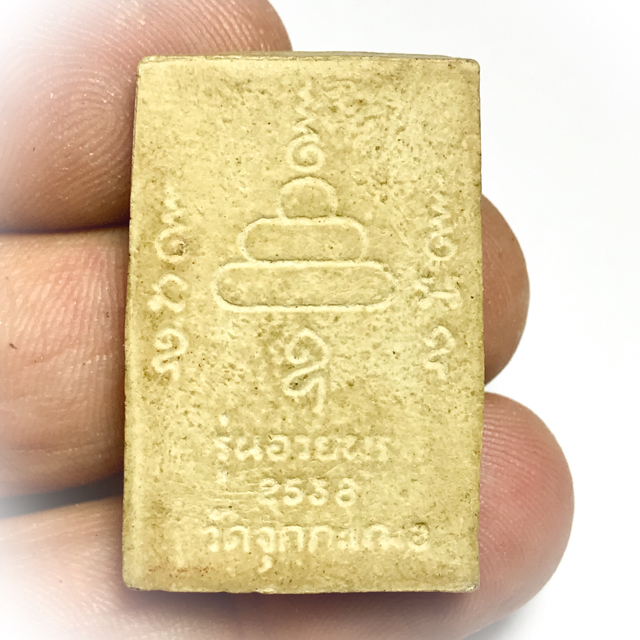 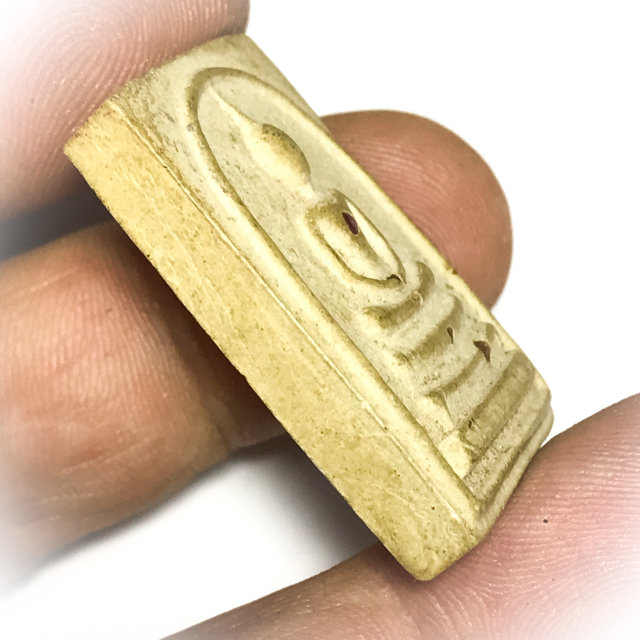 Luang Por Am also bestowed various other Powerful Wicha to Luang Phu Rerm, including the Wicha See Pheung Jet Jantr 7 Moons Potion, the Wicha Fon Saen Ha Maha sanaeh Metta Spell. But Luang Por Am did not just simply bestow these Wicha on Luang Phu Rerm without testing him first, Before Luang Por Am decided to teach Luang Phu Rerm, he tested his Samatha Meditation and Kammathana abilities, by taking him to a forest cemetery in the dead of night, and binding his wrists with a cord, which he tied behind his back, and strapped to his neck. 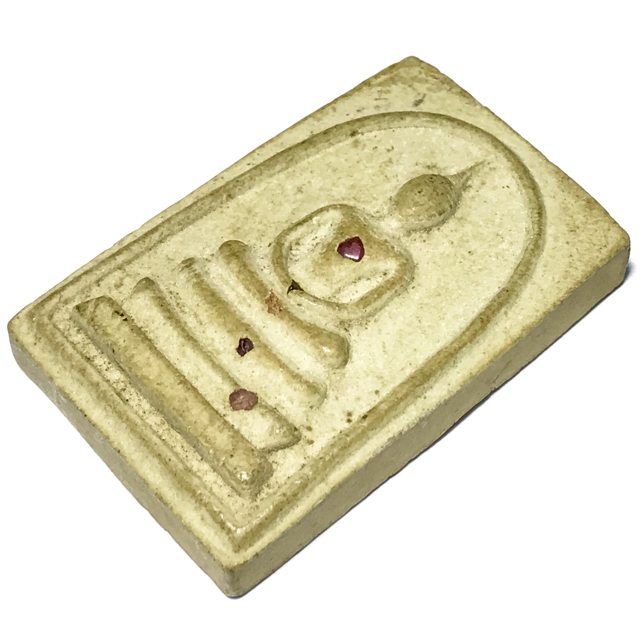 He gave Luang Phu Rerm 4 Kata Incantations, and told him to sit there in the dark cemetery and perform the incantation until the noose and the hand bindings fell from his wrists and neck. Luang Phu Rerm was able to successfully perform the spell and release his fetters with Magick, and Luang Por Am fervently accepted him as his apprentice. 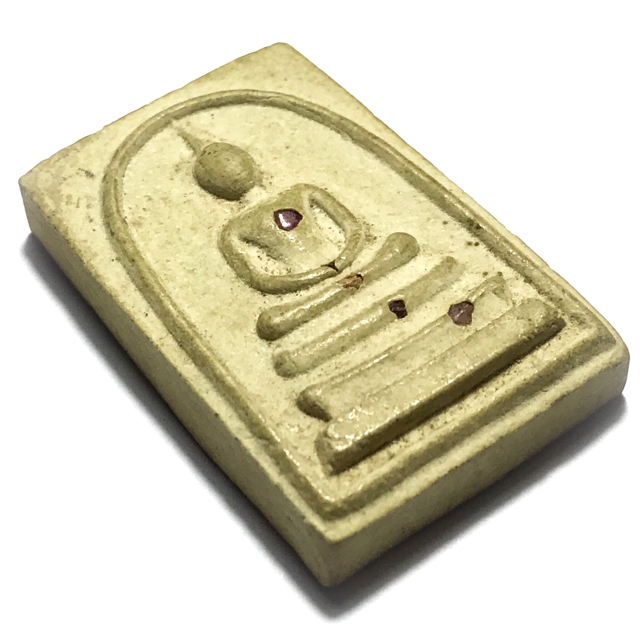 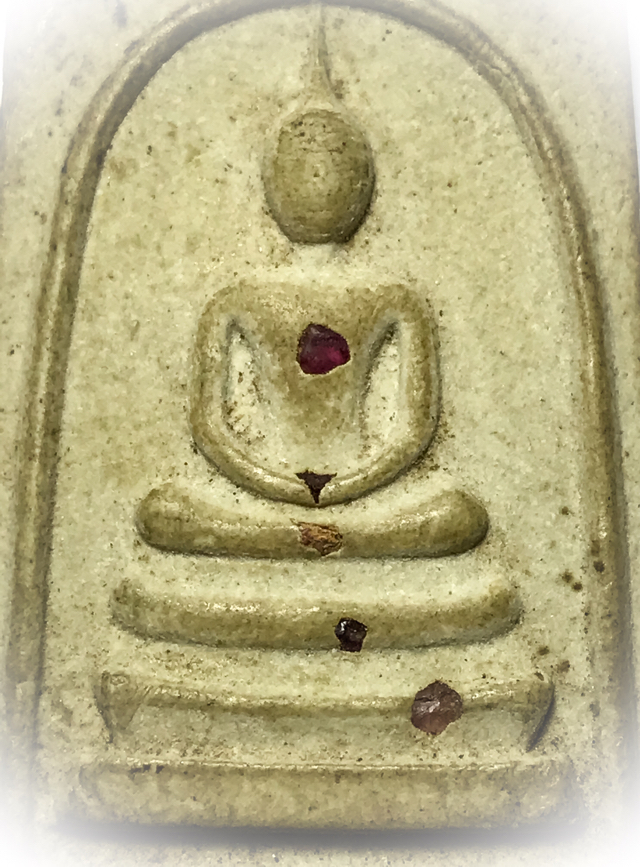 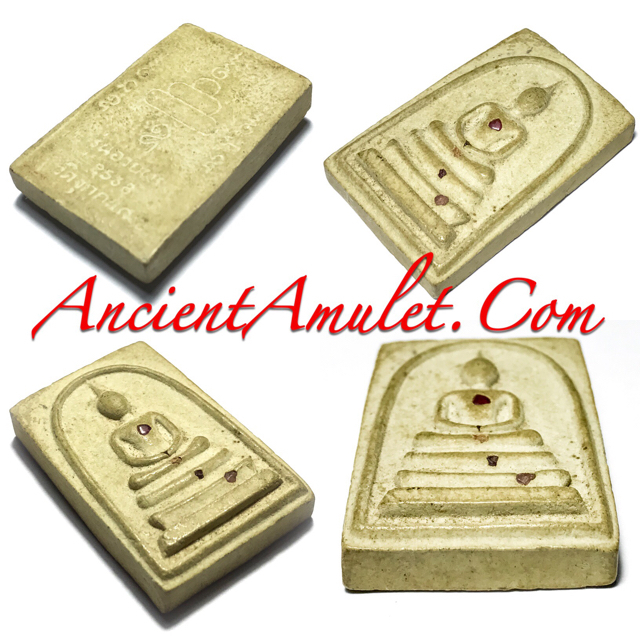 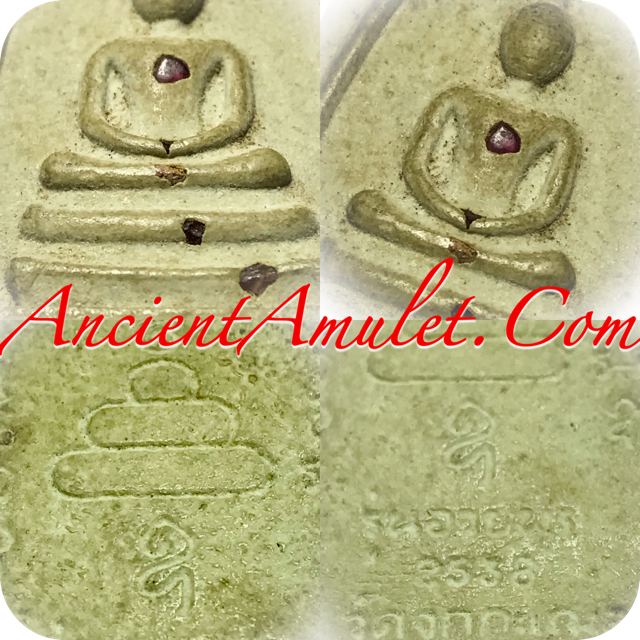