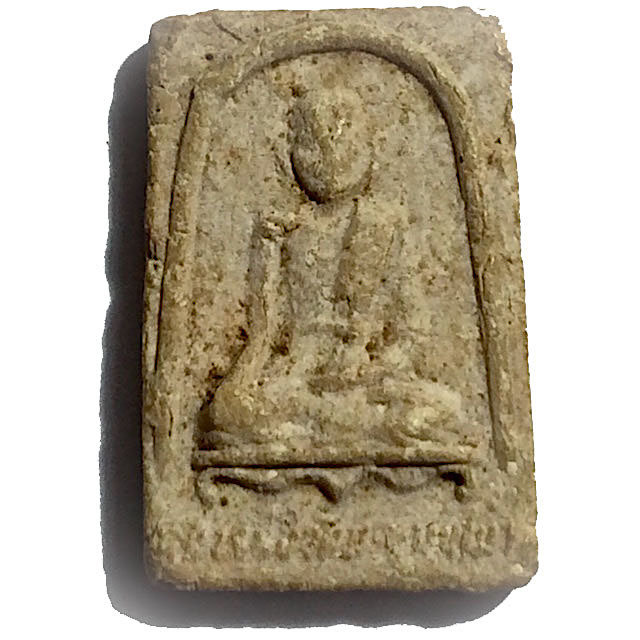 The Amulet was made in two different models, one with the image of Luang Phu Sukh (previous Abbott of Wat Pak Klong Makham Tao) seated in Meditation, The other with a standing image of Luang Phu Sukh . Both models have a strange magic spell on the rear face, the seated model has one which looks rather like an 8-Ball, and the standing version has a Yant Putsoorn. Highly preferred and rare amulet, renowned for its powerful Nuea Wan Ya Muan Sarn Sacred Powder Pollens, with Healing Powers of Luang Phu Sukh's Dtamra Grimoires of Herbal Magic. 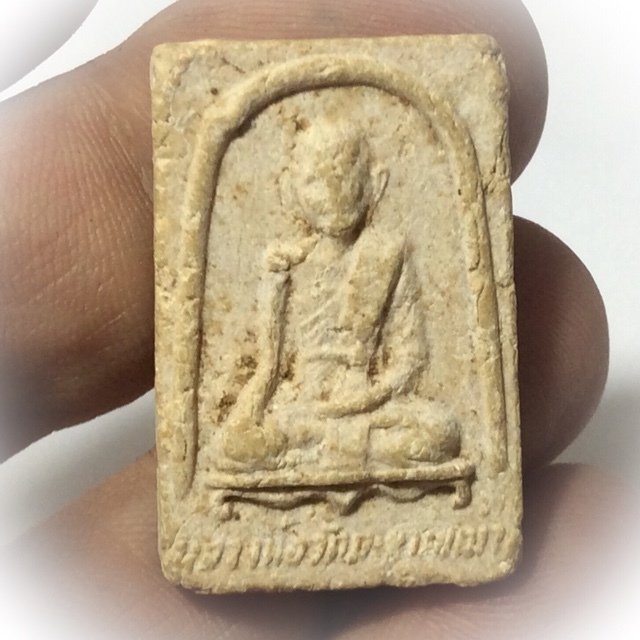 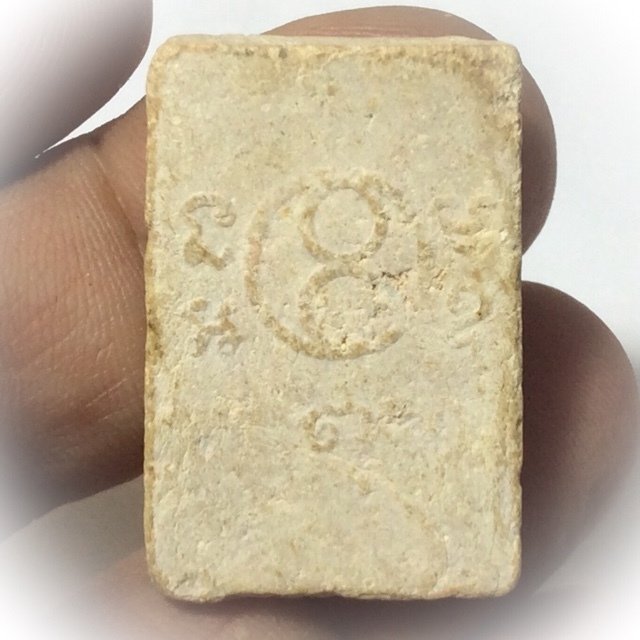 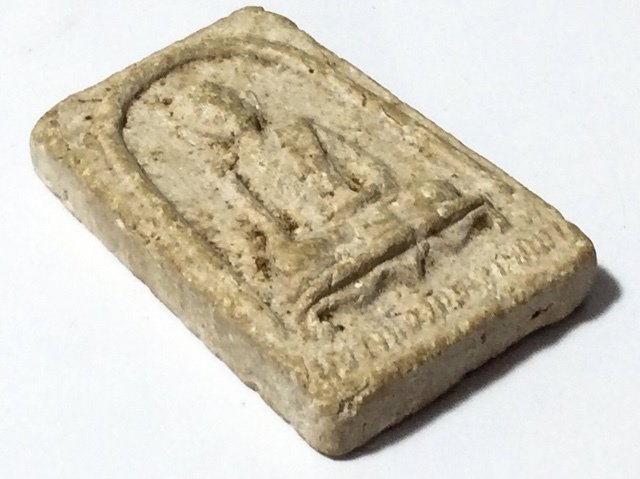 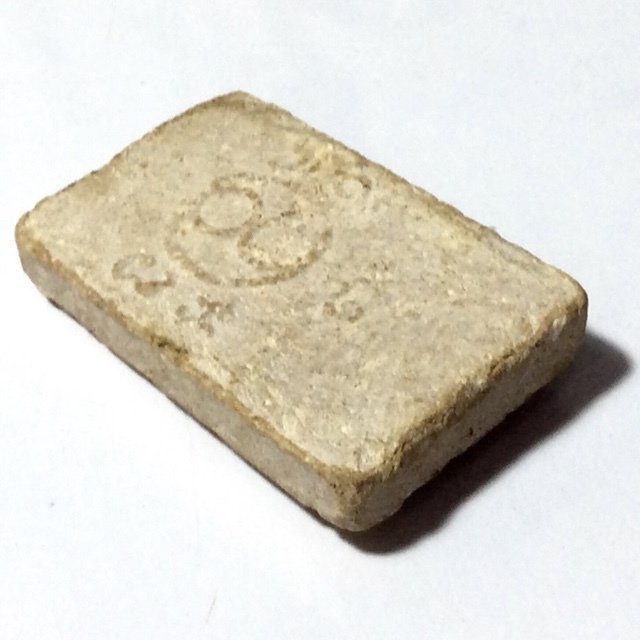 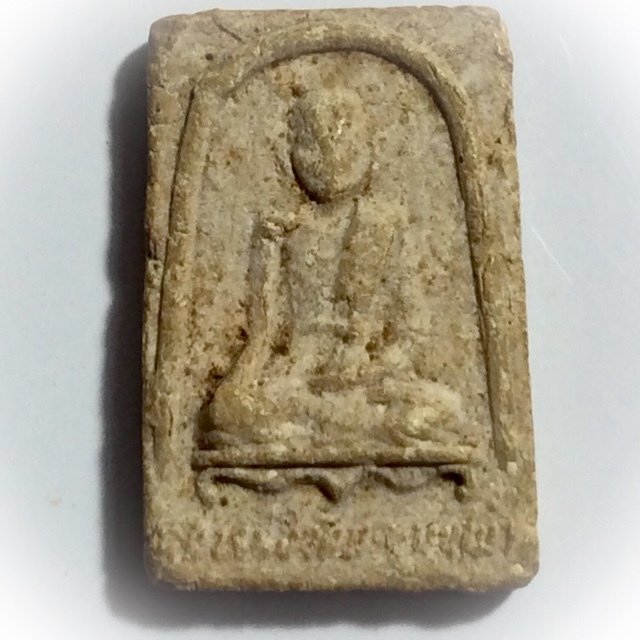 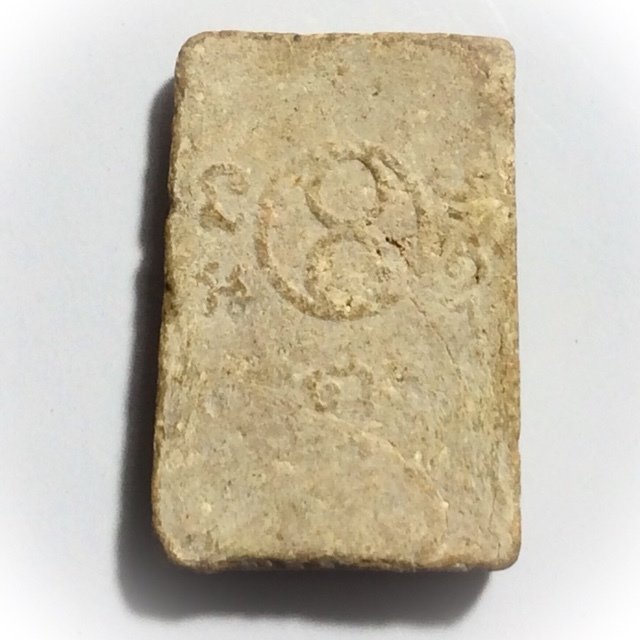 All amulets of Wat Pak Klong Makham Tao are made through the inherited lineage magic and mastery of the Dtamra of Luang Phu Sukh, and are exttensions of his blessings from beyond the grave, through his Looksit Luang Por Samran, and all the abbots of Wat Pak Klong Makham Tao who follow after him. It is hence important to know about this great monk, for Bucha to this amulet. 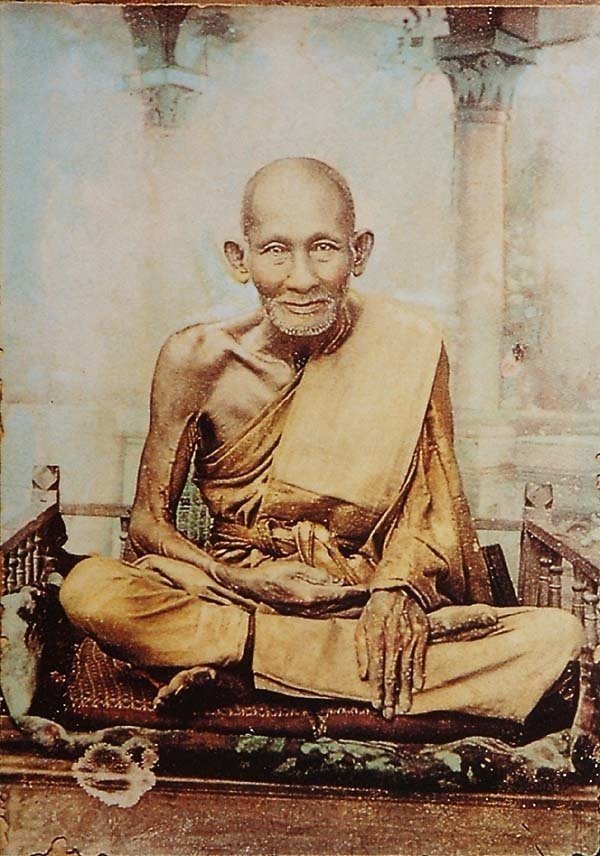 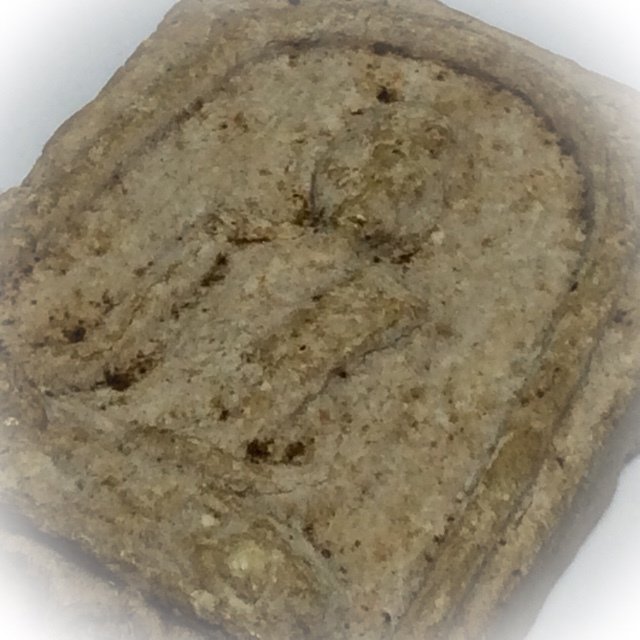 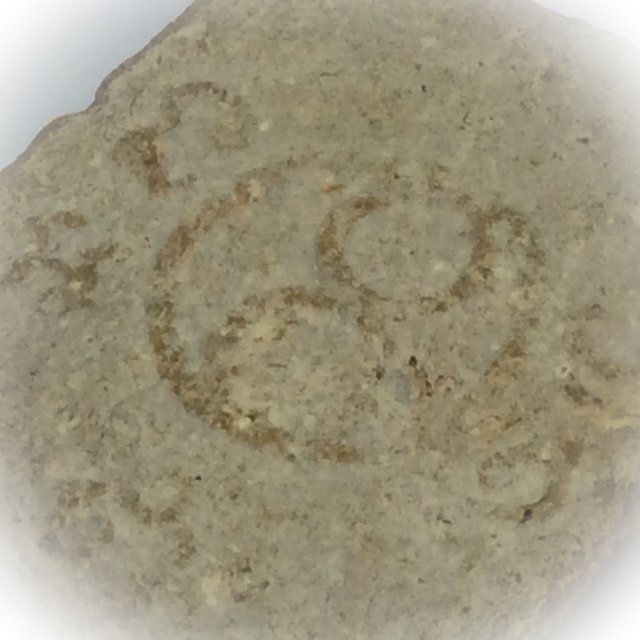 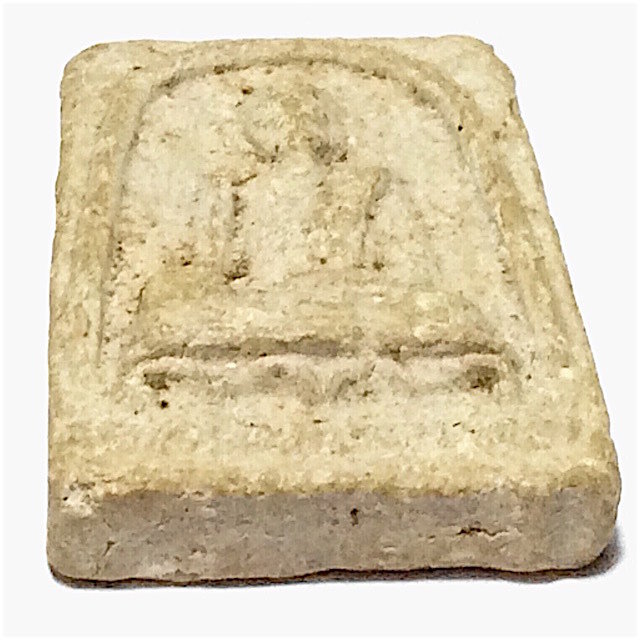 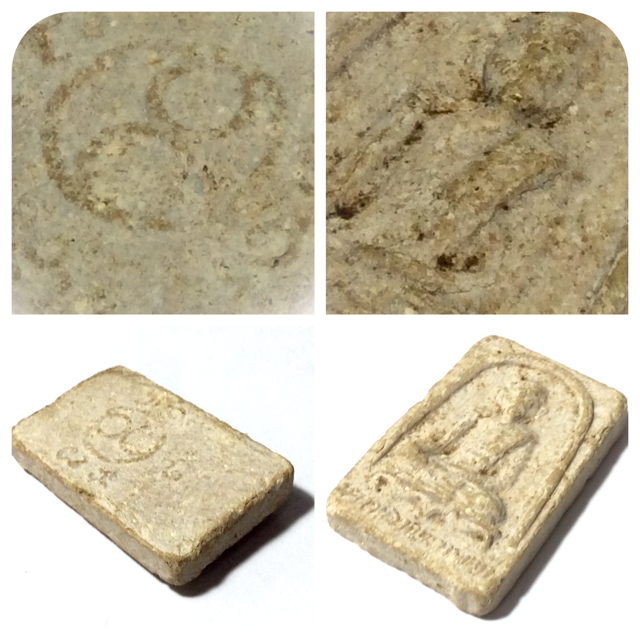