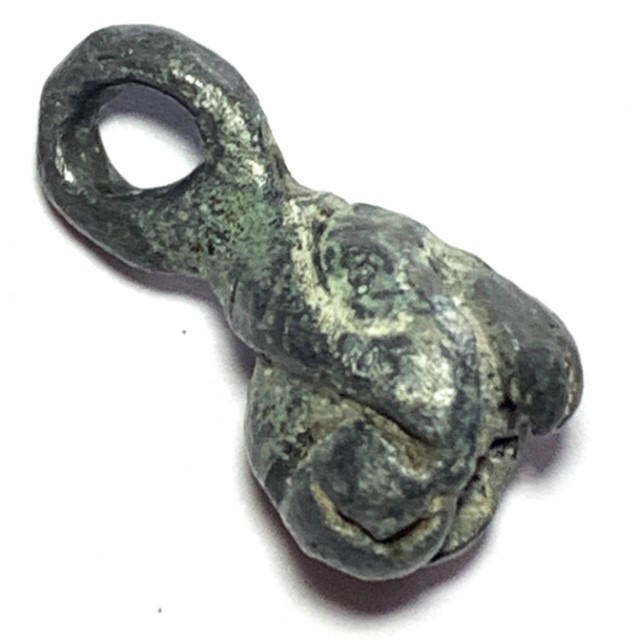 Pra Pit Tan Pim Bpak Bao amulet, for Maha Ud, Maha Pokasap Maha Lap Power, and Kong Grapan Klaew Klaad. Below you can admire an example of the Pra Pid Ta Pim Bpak Bao amulet. This is perhaps the rarest of all Luang Por Dam's Amulets, and along with his famous wolf-tooth insert Alchemical Smelted Buddha Amulets, his most preferred of all. 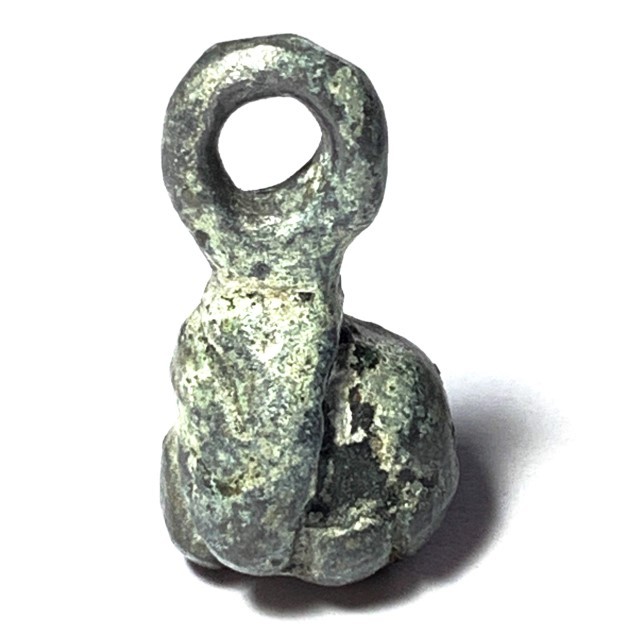 Free worldwide registered air parcel shipping is included. Luang Por Dam made his amulets in his own inimitable way with his own particular methods, which came from his Khmer Sorcery Wicha. He was able to manipulate alchemical metals and to 'riak parort', which means 'to call alchemical mercury'. He would make the amulets by the alchemical method of using Incantations and meditative prowess to call the mercury to flow to him and guide them into the casting molds with magical spell-casting. Apart from being famous for Kong Grapan Chadtri Klaew Klaad and 'Gan Sadtw Pit Raay' (protect against poisonous beasts), the amulets of Luang Por Dam are known for their power to erase Black Magick. 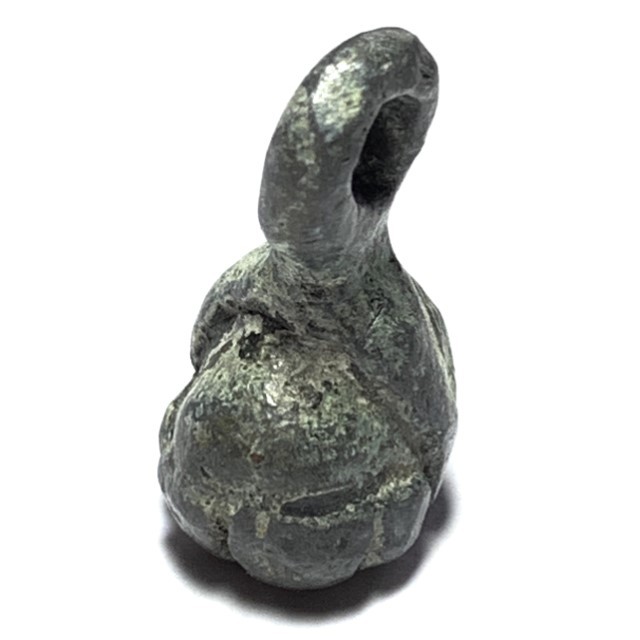 It is said that if a house is cursed, or there are any sorcerous magical spells influencing the house, to walk in with one of Luang Por Dam's amulets will dispel the curse or Black Magick Immediately, dispersing it and banishing it. It is a legend that when Luang Por Dam travelled on Tudong from Cambodia, to stay at Wat Kuti, there were two leaden Singha Lions in front of the Uposatha Shrineroom. One time, the local temple orphans would drag to the middle of the rice field and play with them every day for days on end. The children would go home, and leave the lions in the field. 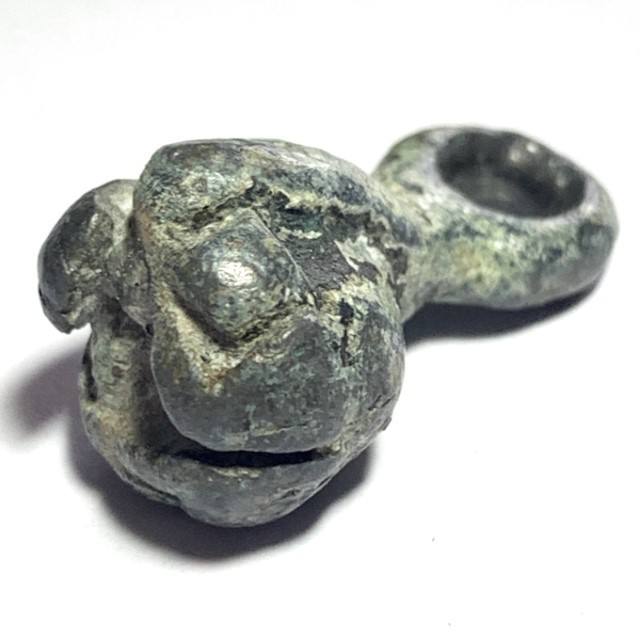 However, Lions would somehow find their own way back to the front of the Uposatha, without anyone having to go and get them. Nobody in the temple knew how they got back in place. The lions would return to their original place every evening without anyone ever seeing them being brought back. It was these lions which Luang Por Dam took, to use as the base leaden Chanuan metal for the forging of the mercurial alloy, to be cast into amulets. 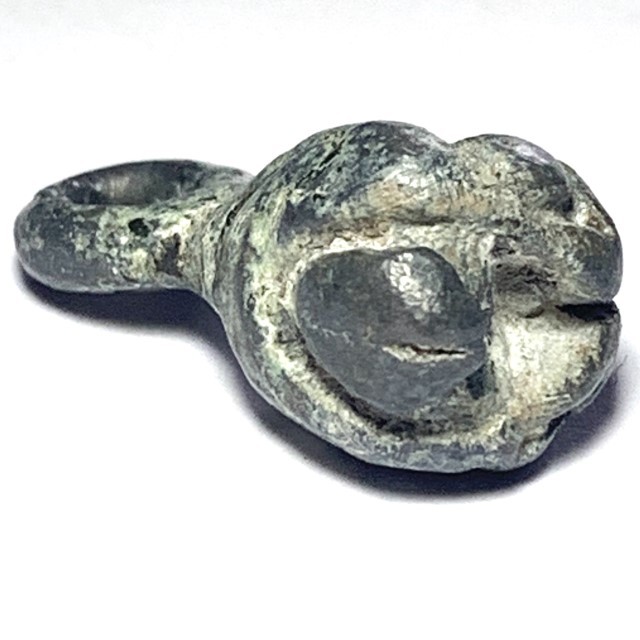 In those olden times, as Luang Por Dam would make amulets for the devotees at the temple, he became famous from many stories of miraculous lifesaving events connected with his amulets. Ranging from people being attacked by bandits and shot at at point blank range, but the guns would not fire, to surviving deadly accidents in the face of certain death. But his amulets also then became famous outside of his locality and to spread around the provinces, because of Rice! 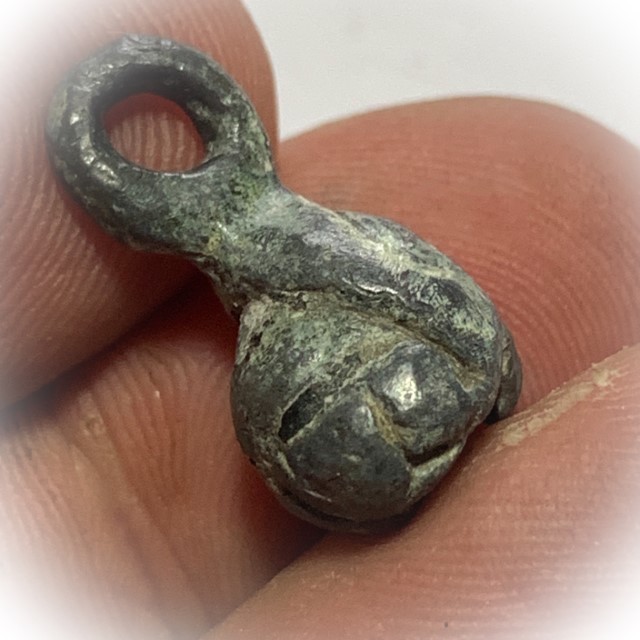 In the beginning, not many people took much notice, but he would exchange one amulet for a cart of rice with some traders. But after some time, there were some devotees who payed reverence and gave alms to Luang Por Dam, and received an amulet as a gift from him for their kindness. ad around the provinces, because of Rice!

Luang Por Dam's temple needed rice, and Luang Por Dam would also have to go to Sara Buri township often to get rice for the temple, and would take his amulets to exchange with the market farmers for rice. In the beginning, not many people took much notice, but he would exchange one amulet for a cart of rice with some traders. But after some time, there were some devotees who payed reverence and gave alms to Luang Por Dam, and received an amulet as a gift from him for their kindness. 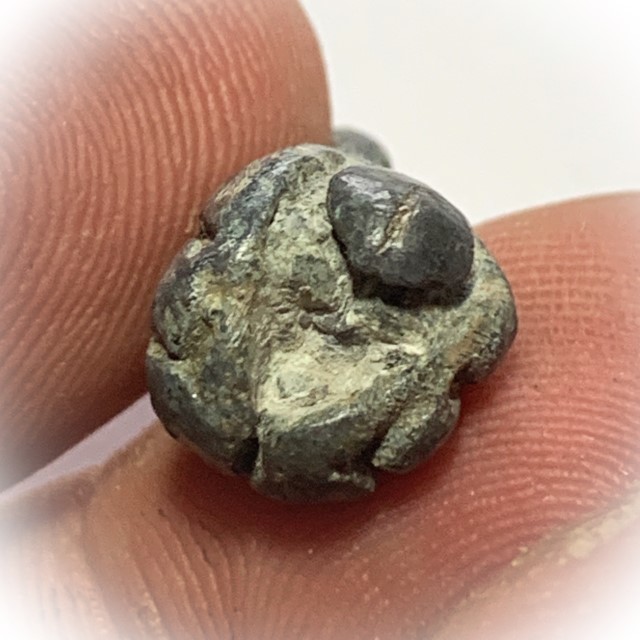 The devotees took the amulet and hung it up against a tree to test it with a revolver, by shooting at it, but however they tried, the gun would not shoot when pointed at the amulet. The amulets of Luang Por Dam of Wat Kuti are now extremely rare to encounter, and are highly renowned for their powerful Kong Grapan Chadtri, Maha Ud, Klaew Klaad and Gan Sadtw Pit Raay Powers. 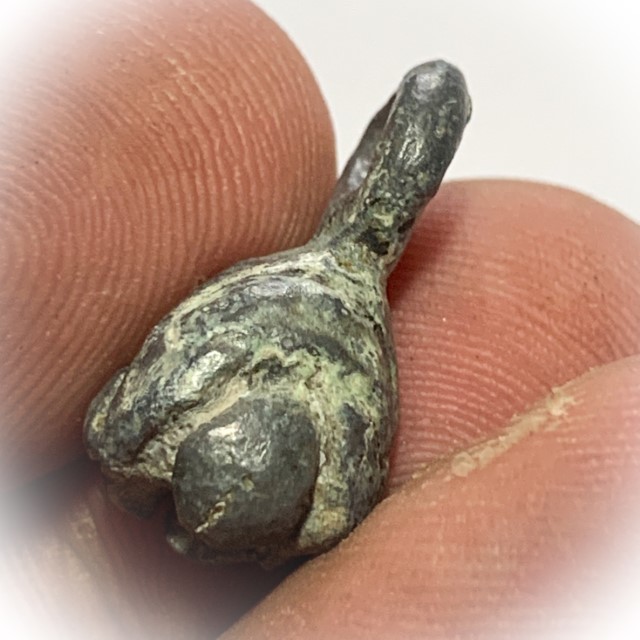 His first edition came to be, because of the Thai devotees of the area hearing of Luang Por Dam being from the Khmer side of the border, and that he was a Tudong Forest Monk, so they came to ask him for a way to prevent the Black Magick spells which were being placed on them using Khmer Necromancy and Black Magick. Luang Por Dam then made his first edition, using the wolf's teeth inserts, which are now so rare, and famously powerful, with Anti Black Magick and Kong Grapan Chadtri Maha Ud, Klaew Klaad Protective Sorcery, to keep his devotees safe and banish any evil curses they may have had afflicting them. 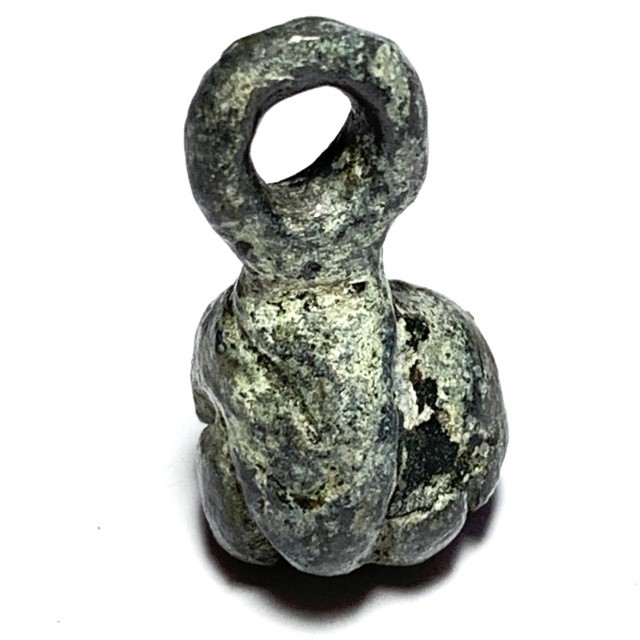 This was when he began to also make his famous wolfs-tooth insert amulets using the wolf teeth he had found during his Tudong Travels, along with the Pra Pid Ta Bpak Bao, which uses immensely powerful ancient Khmer artefacts and Parort sacred mercury to alchemically smelt the amulet into the form of a Pra Pid Tawarn Nirodha Buddha extinguishing all sufferings. 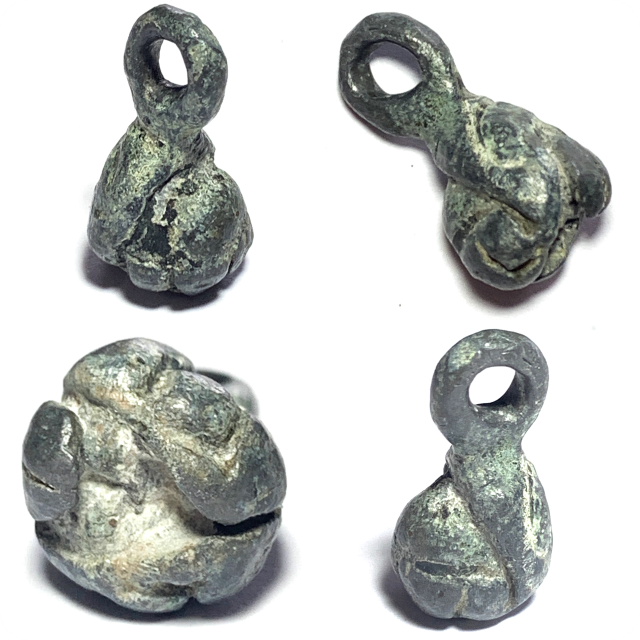