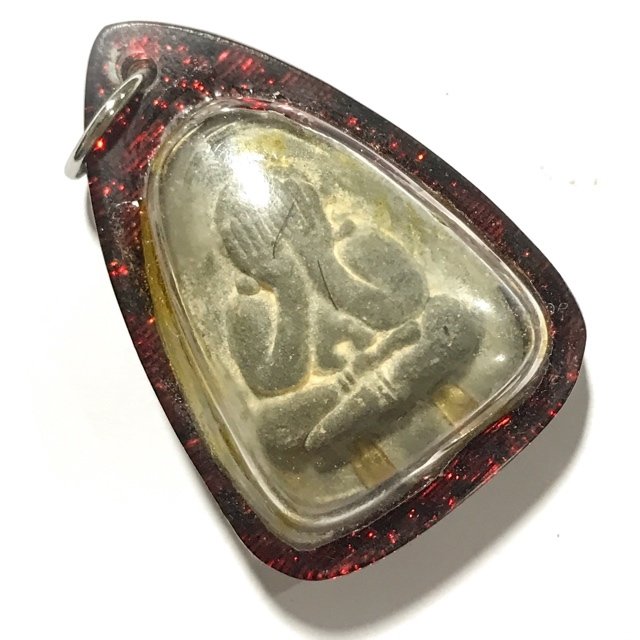 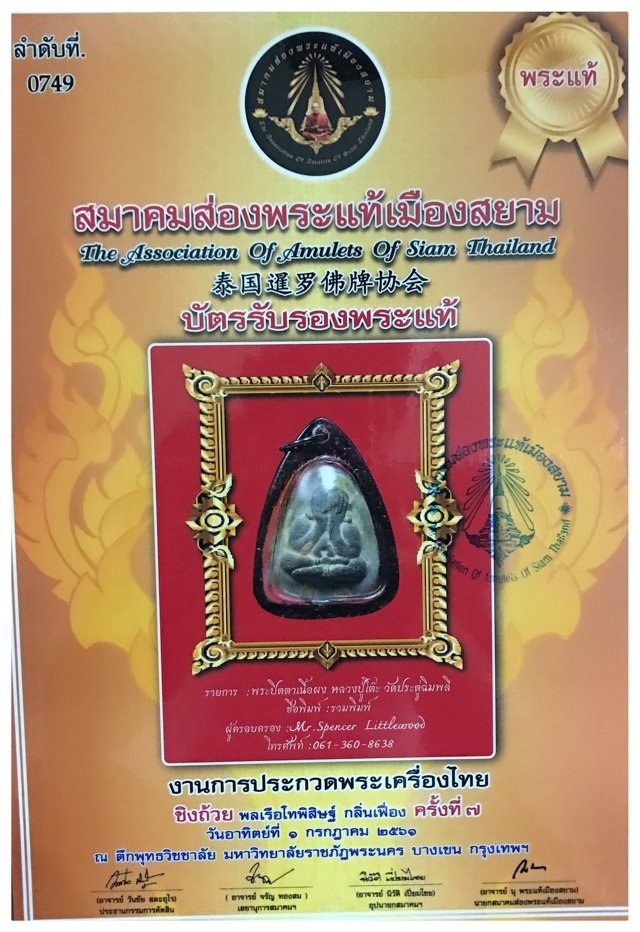 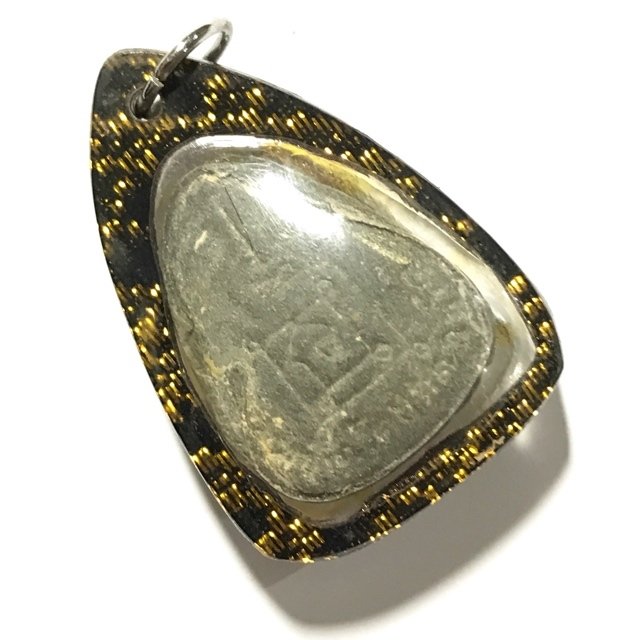 Free EMS and Free Gold Casing if wished instead of original casing, is offered with this Master Class Item. This model is 'Chae Nam Montr' (Received Prayer Water Spray and Immersion), which gives the Sacred Powders of the amulet a special fluffy texture, and mildew. This amulet is extremely rare in black Bailan Powders, as well as due to the fact that only about 3000 of this series were made for distribution with 2 Takrut, a further mere 10 amulets were released with triple Takrut, and only 3 were ever made with 5 Takrut. This exhibit is highly attractive for the visible presence of the hairs of Luang Phu To protruding from the sacred clay.

Below; Hairs of Luang Phu To are visible protruding from the Muan Sarn sacred Powder Clay, revealing an important aspect of authentic Sacred Clay mixture of Luang Phu To,. 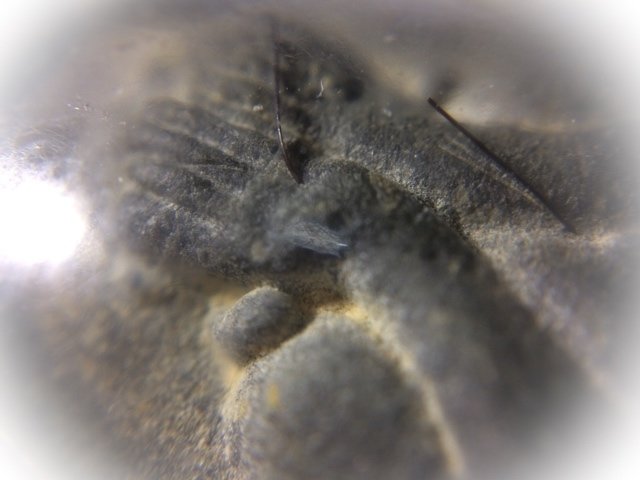 Released 2522 BE with Luang Phu To performing his Empowerments and Blessings. The Pid Ta Maha Lap Na Ta Na Amulet has a different Yantra on the rear face to the Maha Lap Jumbo and Plod Nee Versions from the Traimas 2521-2523 Edition, and is a Highly Distinguished Amulet. its size, at 3 x 2.5 Cm is fitting for both Ladies or Men to wear. Waterproof Custom Casing with red colored frame is Included in the Price for this Amulet. You can hoverver request re-encasement in solid gold casing if preferred. 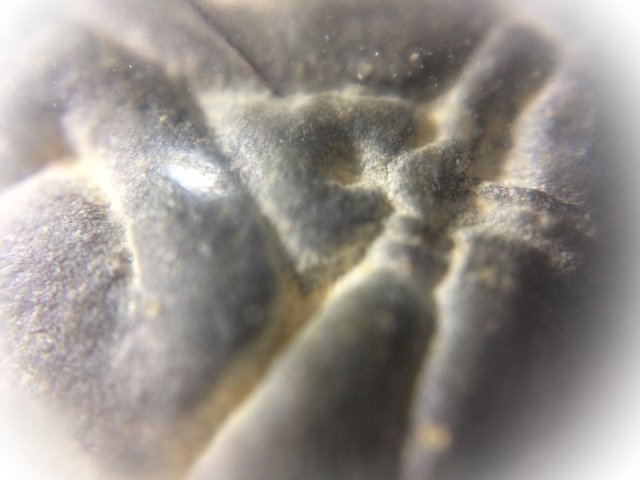 The surface of the Sacred Powders of the Votive Tablet, are highly distinguished and evidently authentic Sacred Powders of Luang Phu To Wat Pradoo Chimplee - the amulet has very clear features, and respectable aging features to the Muan Sarn. The rear face has the Yant Na Sacred Yantra Embossed on the surface. 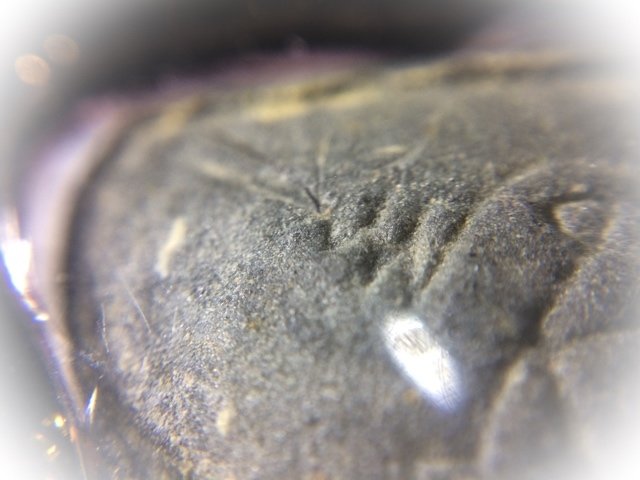 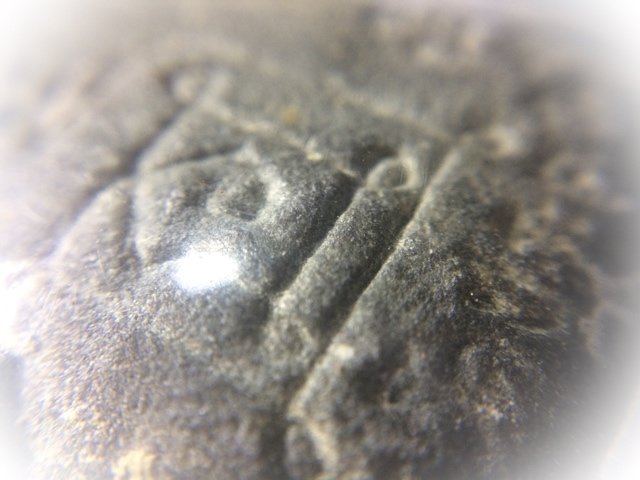 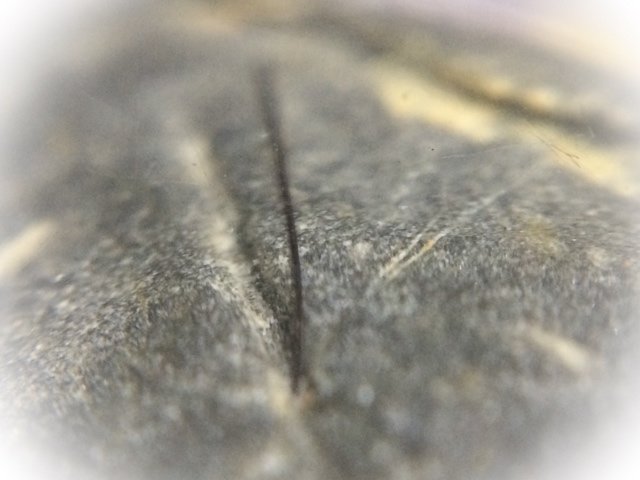 Below; Despite the Blackness of the Bailand Powders, the Prayer Water spraying has brought the Sacred Pollens of Luang Phu To to the surface, which are highly visible in the Muan Sarn. All amulets of Luang Phu To always have a certain quantity of the hair of Luang Phu To in their mixture too, and are often visible to greater or lesser extent. 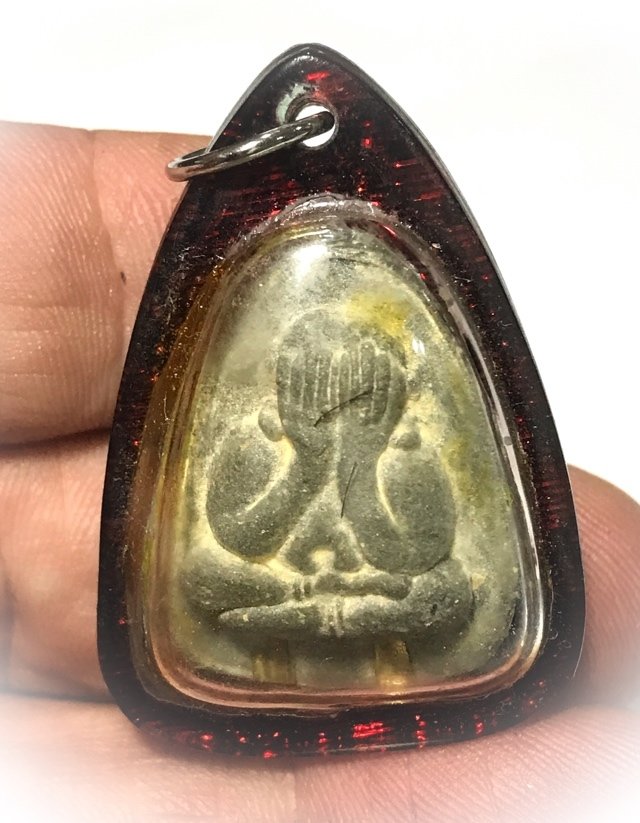 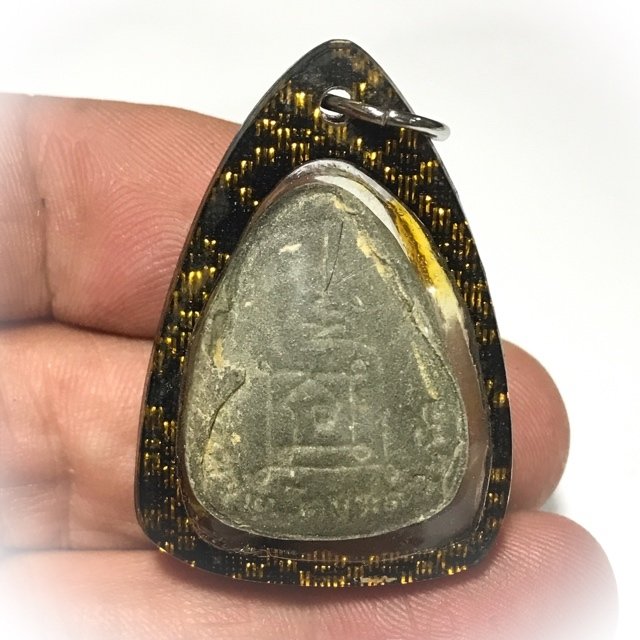 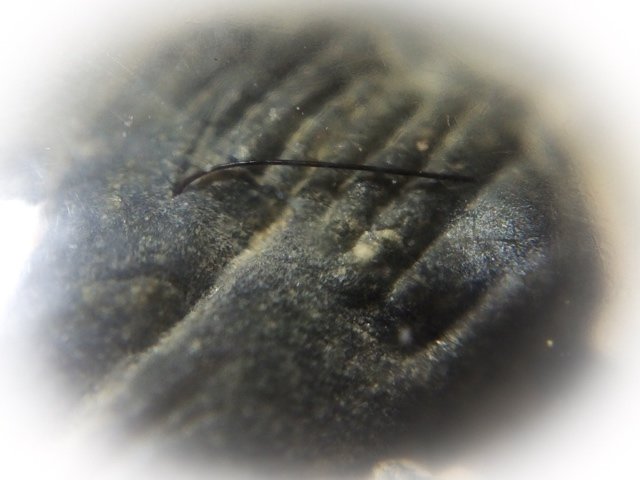 2 solid gold Takrut spells are inserted into the base of the amulet. A defined ridge is seen where the legs cross at the ankle lines. The Sangkati Sash drapes over the left forearm of the Buddha Image with clearly defined lines, and blends with the chest in subtle fashion. The fingers are clearly defined and elongated. The amulet comes with certificate of authenticity in A4 size, from the Samakom Song Pra Krueang Tae Mueang Siam Amulet Appreciation society meeting of 2018 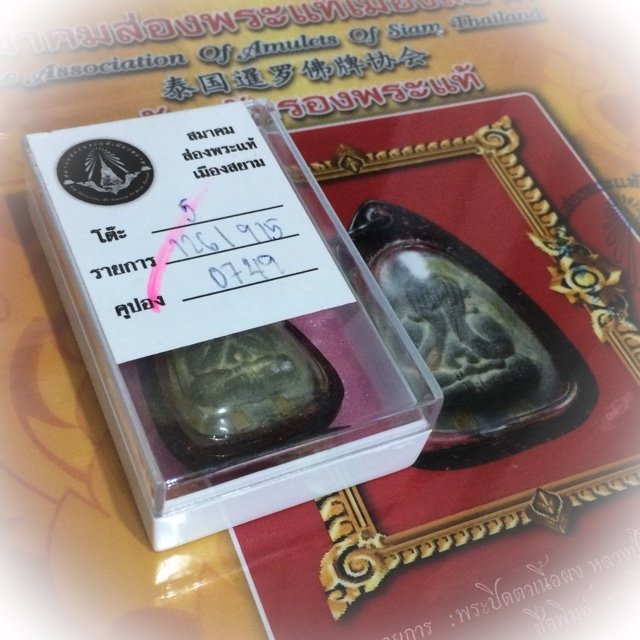 The below Amulet Appreciation Catalogue Page states the official standard market price in Thai "Hlang Hmeun Plai Therng Saend Dton" (หลักหมื่นปลายถึงแสนค้น) This means somewhere between 80,000 Thai Baht, to 120,000 Thai Baht , which is somwehere between 2600 to 3360 Dollars - This Amulet has a special free offer for solid gold casing if you wish to enjoy the offer (allow 5 days for re-encasement). 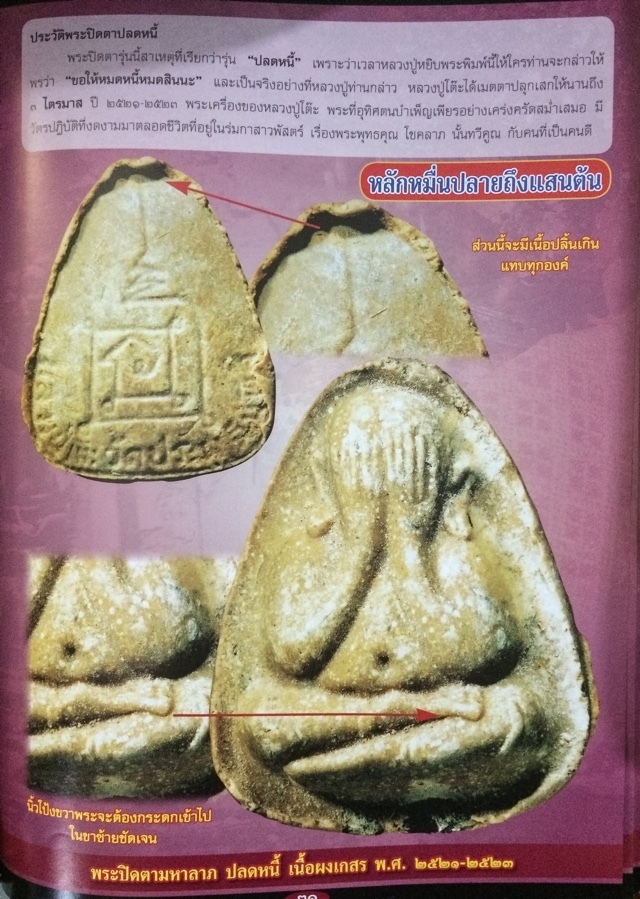 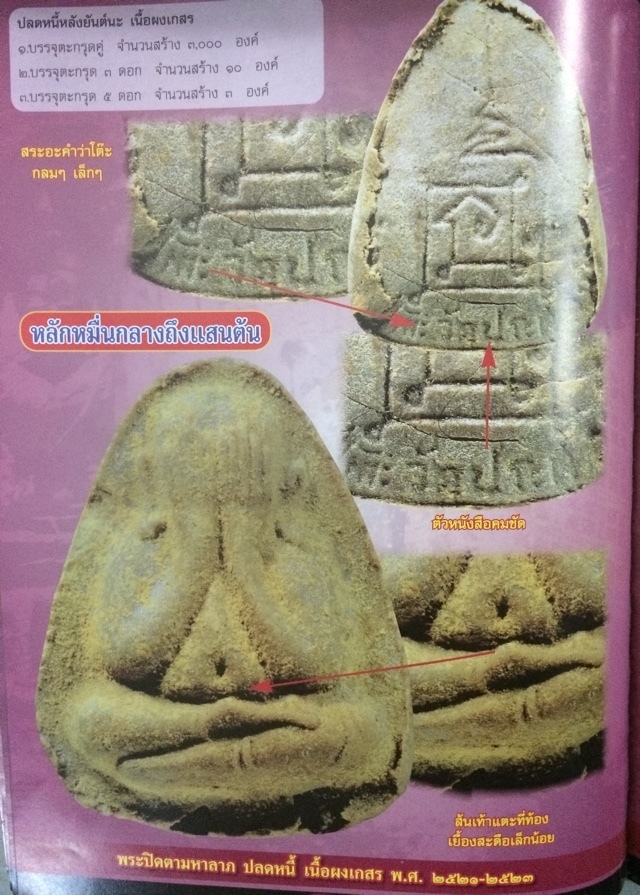 Those who seek Sacredness but do not wish to speculate on increasing value, or enter into show competitions for first prize, do not need to spend their money on a Master Class Level Series Amulet such as this one, rather, can seek alternatives blessed by the same Master at lower price. But for those devotees and collectors whose budgets allow the luxury, we can of course only say that this amulet can only be considered as an extremely rare chance to obtain such an exhibit from this master in the present era. 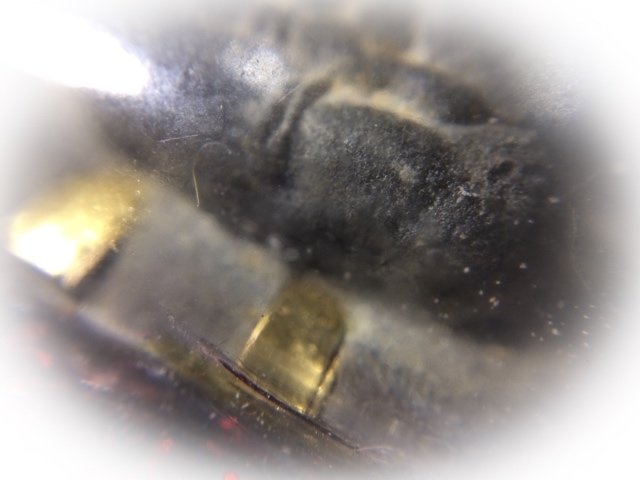 Below; Amulet comes with certificate of authenticity of the Association of Amulets of Siam Thailand. 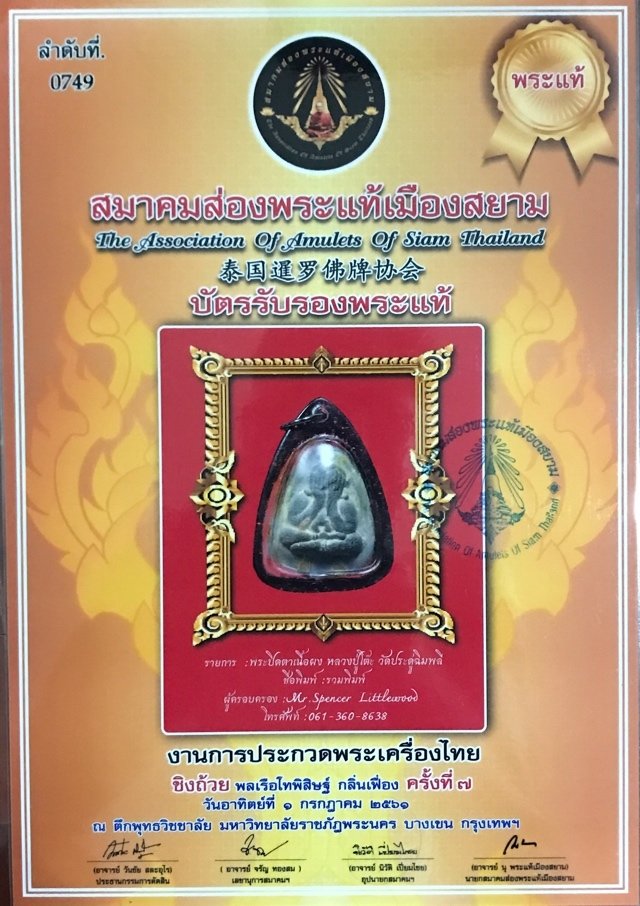 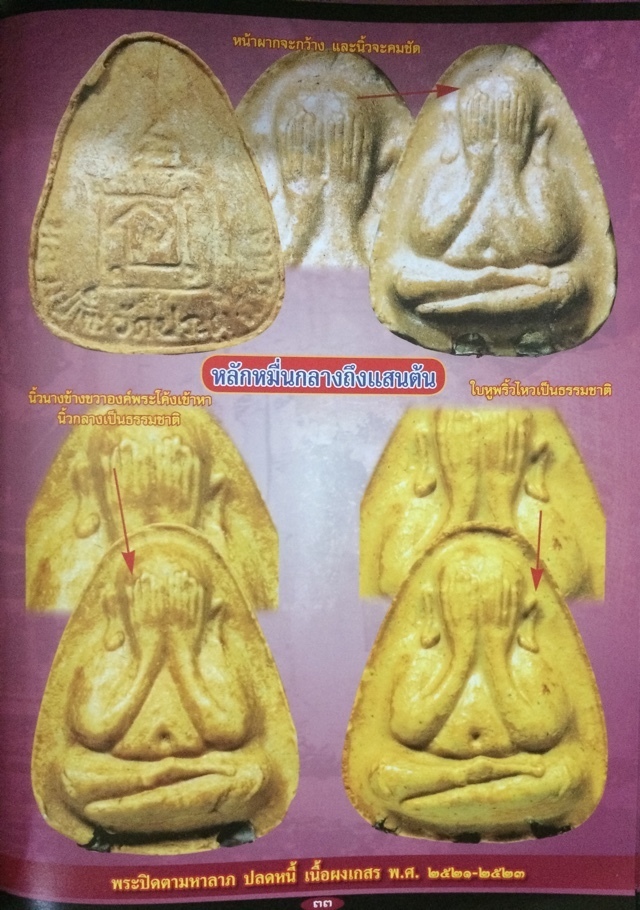 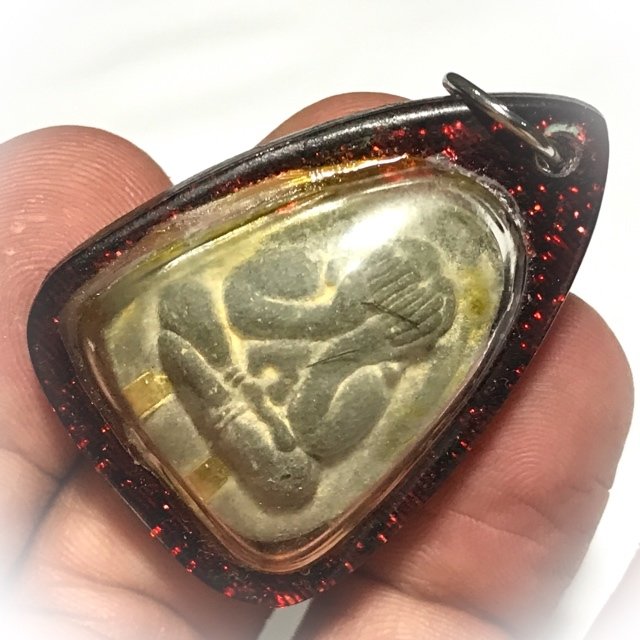 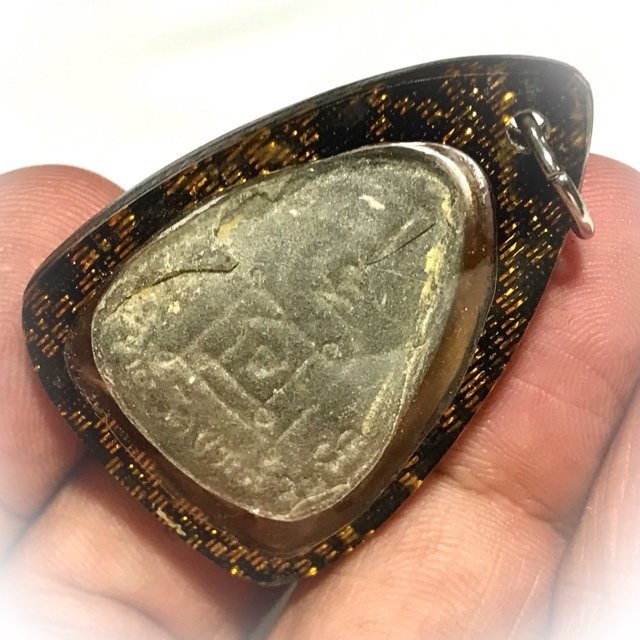 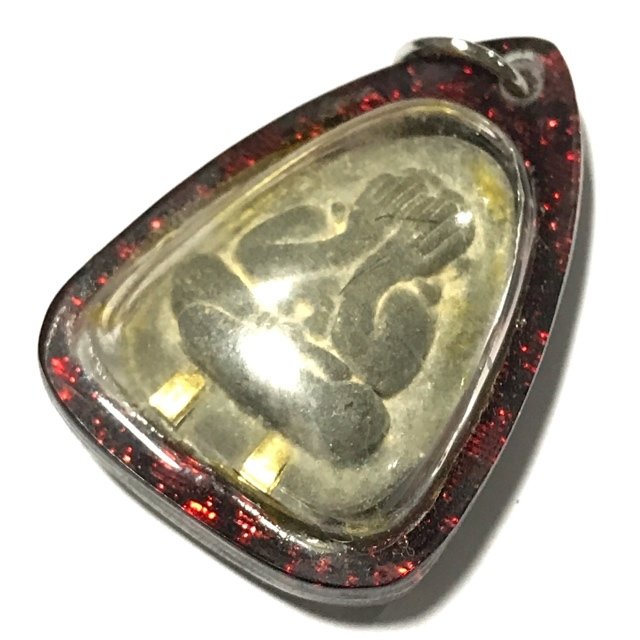 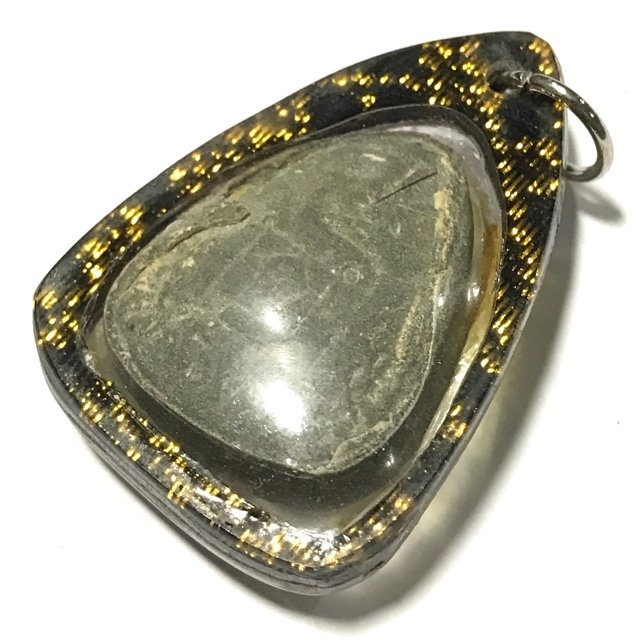 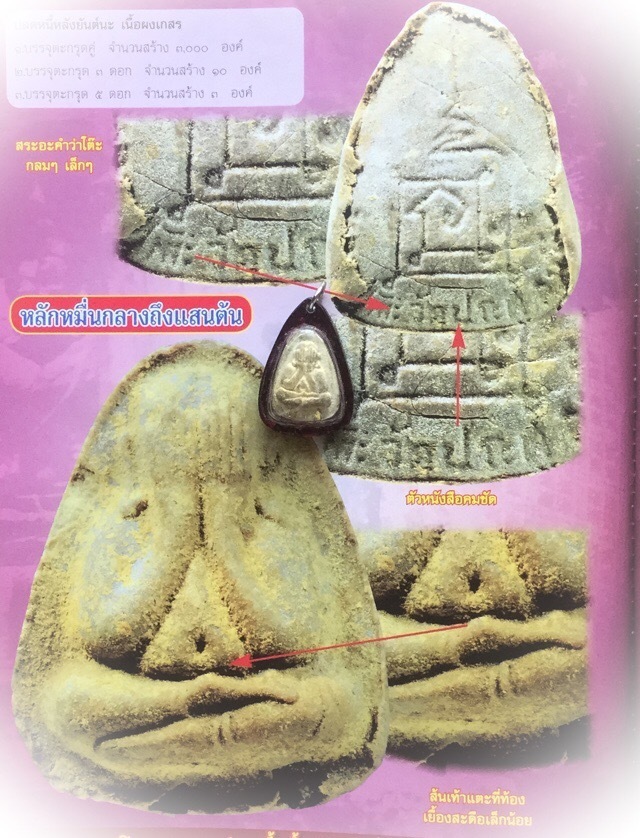 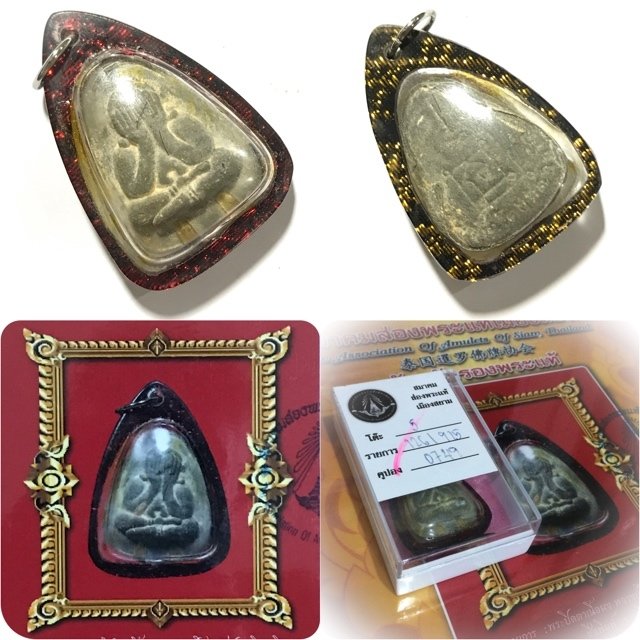