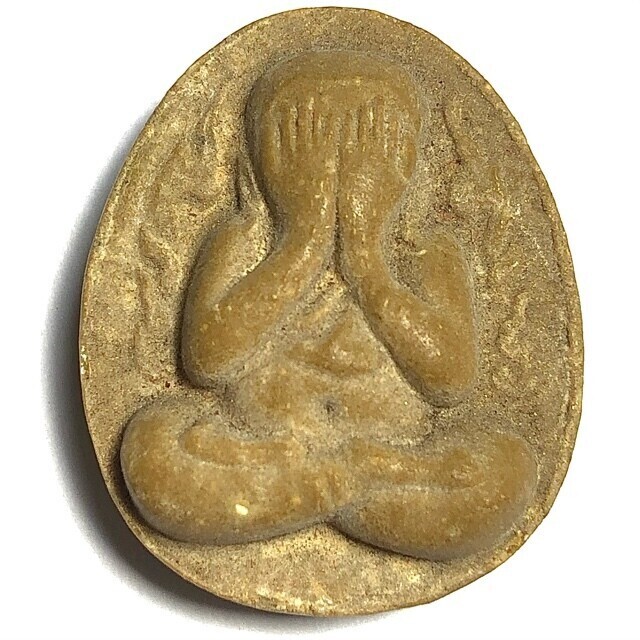 Proudly presenting a classic Masterpiece Amulet of World Famous International Fame and Acclaim, the Pra Pid Ta Granok Khang Amulet, in pristine 'competition entry condition', so flawless is it in Nuea Gesorn Chae Nam Mont Traimas (Sacred Pollens and Yantra Powders, sprayed and soaked in prayer water). One of the top favored classic amulets from the Pantheon of the Great and Inimitable Luang Phu To of Wat Pradoo Chimplee. This model is 'Chae Nam Montr' (Received Prayer Water Spray and Immersion), which gives the Sacred Powders of the amulet a special fluffy texture, and sometimes, a white or yellowish-white mildew. This amulet is extremely rare due to the fact that only a few thousand of this series were made for distribution, with millions of devotees seeking out the amulet, making it an immense rarity, like most of the amulets of Luang Phu To ini this day and age whose amulets are among the rarest of all to be able to obtain. 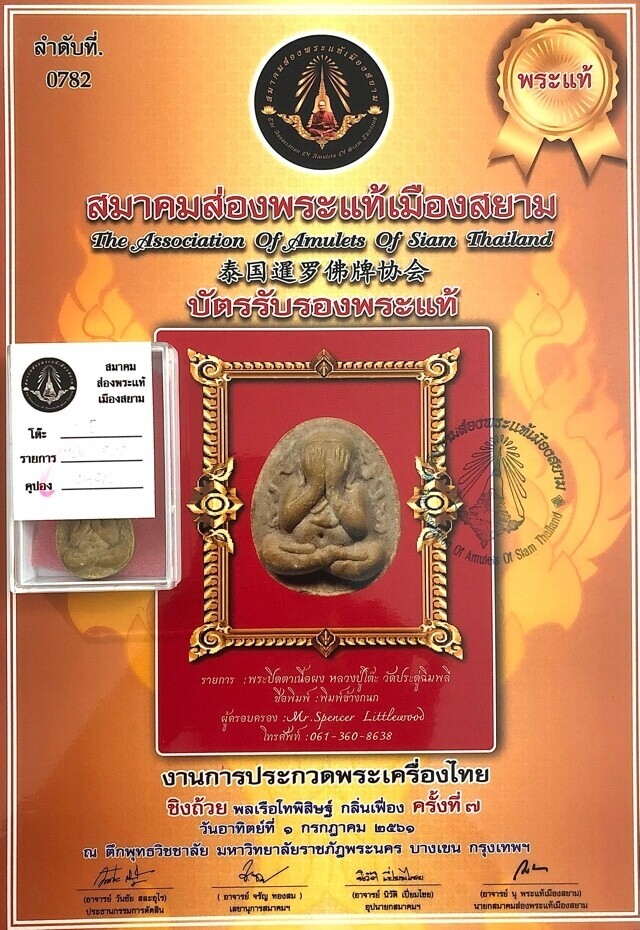 Released 2522 BE with Luang Phu To performing his Empowerments and Blessings. The Pid Ta Granok Khang Amulet has the Yant Trinisinghae on the rear face, as seen in the 2521-2523 Traimas Series. The Pid Ta Granok Khang is a Master Class Amulet of Classic Proportions, and a Highly Distinguished Amulet in the amulet appreciation societies of Thailand. Its size, at 3 x 2 Cm is fitting for both Ladies or Men to wear, and is indeed highly favored by both women and men, and is small enough for children to wear too. 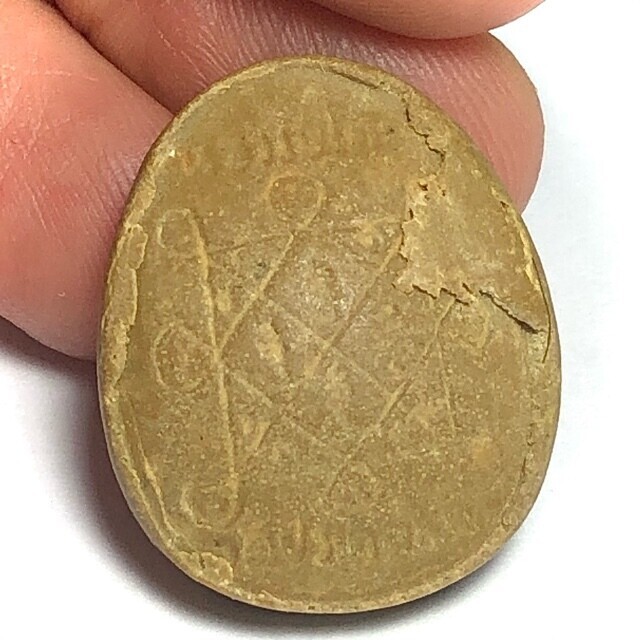 The surface of the Sacred Powders of the Votive Tablet, are highly distinguished and evidently authentic Sacred Powders of Luang Phu To Wat Pradoo Chimplee - the amulet has very clear features, and respectable aging features to the Muan Sarn. The rear face has the Yant Trinisinghae Yantra Embossed on the surface, which contains a compendium of blessings. We took some High res Images of the amulet before encasement in gold casing, for accurate study of the features of the amulet, and for appreciation purposes. 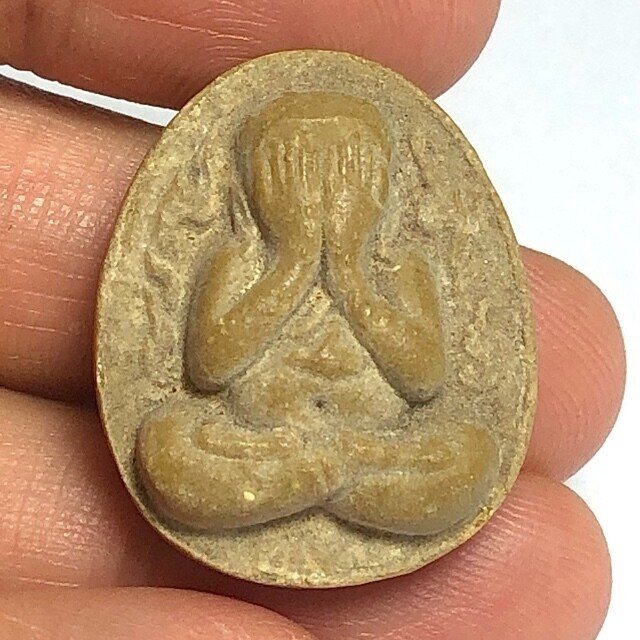 The Muan Sarn of the amulet is hardened and dried, with yellow-whitish surface residue from coming into contact with Holy Water during the period of empowerment. The features of the imagery are unmistakably clear and defined, and easily recognizable as an authentic Luang Phu To Master Class Amulet. 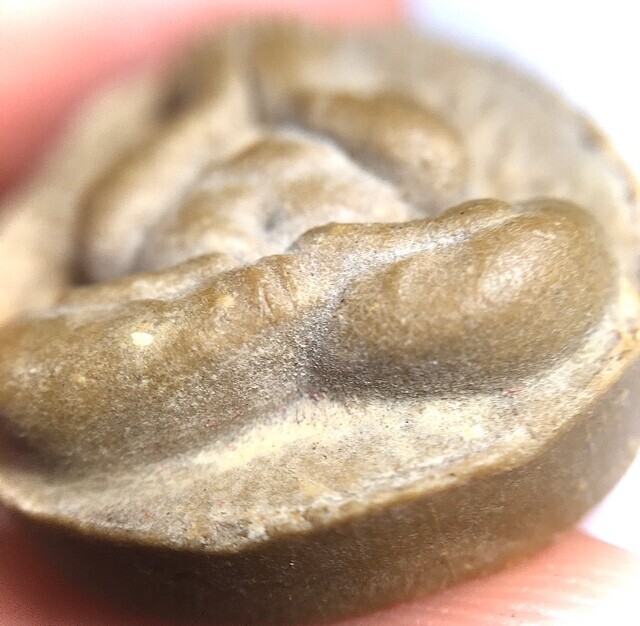 This Pid Ta is a Pra Niyom Category Amulet (Preferred Master Class Status), and belongs to the Classic Preferred Editions which were blessed and released at Wat Pradoo Chimplee. There are many other Pra Pid Ta amulets from this great master which were released in other smaller temples, some of which are more affordable, and others are also rare and highly revered and worshiped. The Pra Pid Ta Granok Khang is one of the higher ranking models of the Pantheon. 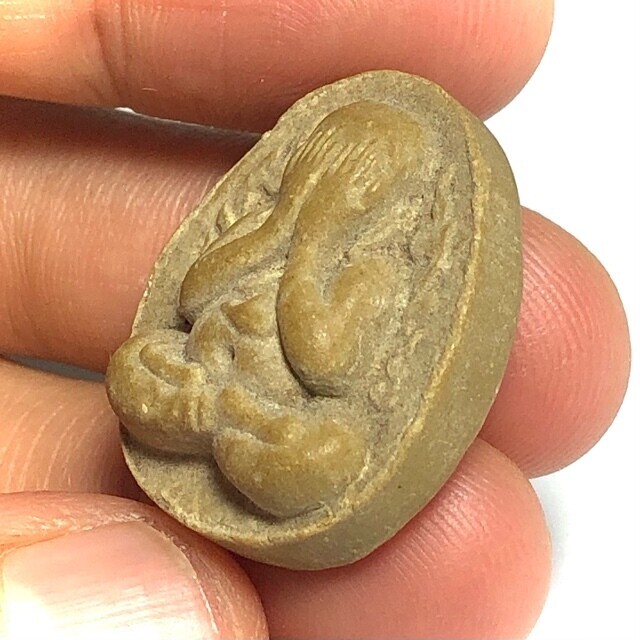 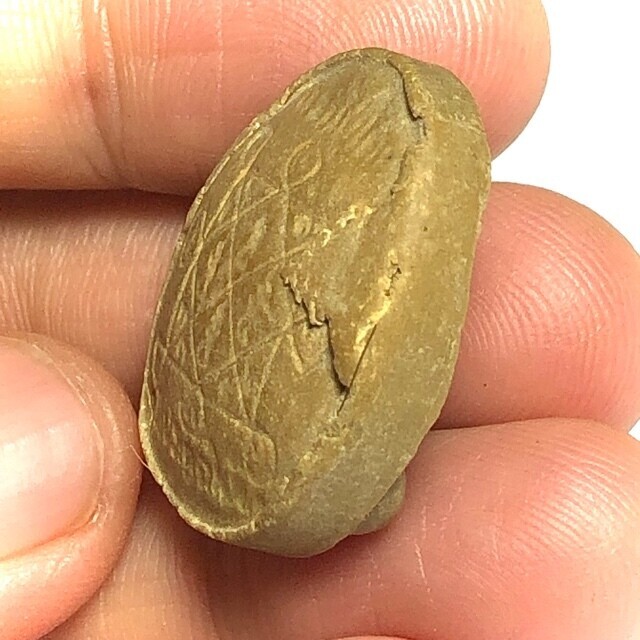 Below; Close Up Macro Image of the surface features of the Muan Sarn of Pra Pid Ta Granok Khang amulet, for your perusal and study 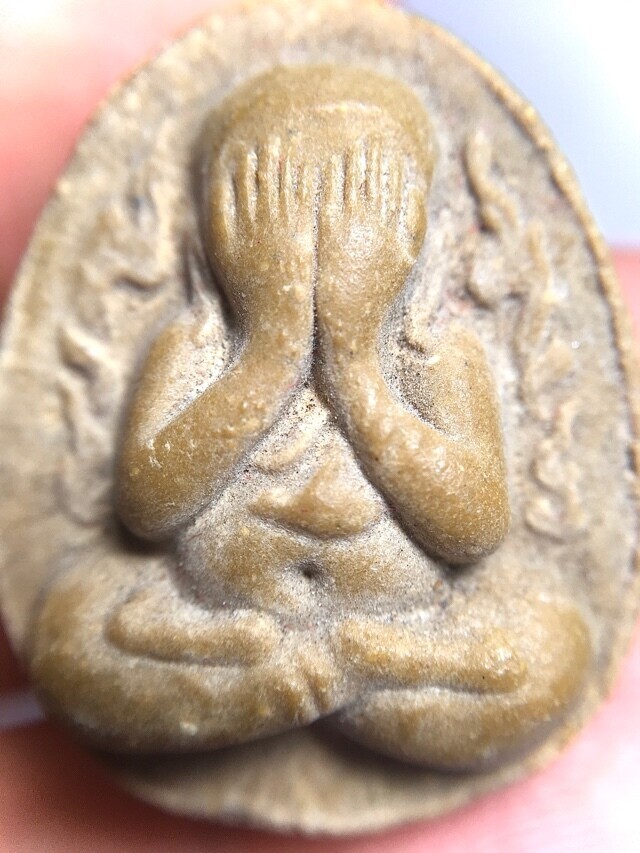 However, due to certain editions having Miraculous Events in the News making them more famous and popular, as well as the Collectorship Scene and the Appreciation Societies who Value and Catalogue the various editions, have caused certain models and series editions to become extremely expensive for their Master Class Status, and also, the many stories of miraculous event, success, and evasion of deadly dangers attributed to this amulet. 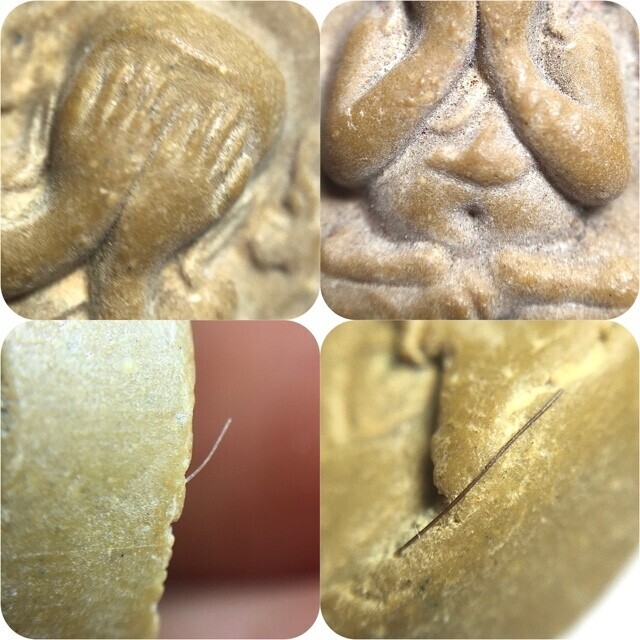 The 'Gesa' (Hairs) of Luang Phu To are visible in the Muan Sarn Sacred Powders of the amulet when viewed very closely under magnifying glass. some exhibits have more visible strands of hair than others, depending on if they protrude or not. this is an essential aspect of investigating the Muan Sarn of Luang Phu To Pra Pid Ta amulets, which always have a certain quantity of the hair of Luang Phu To in their mixture and visible on the surface to greater or lesser extent. 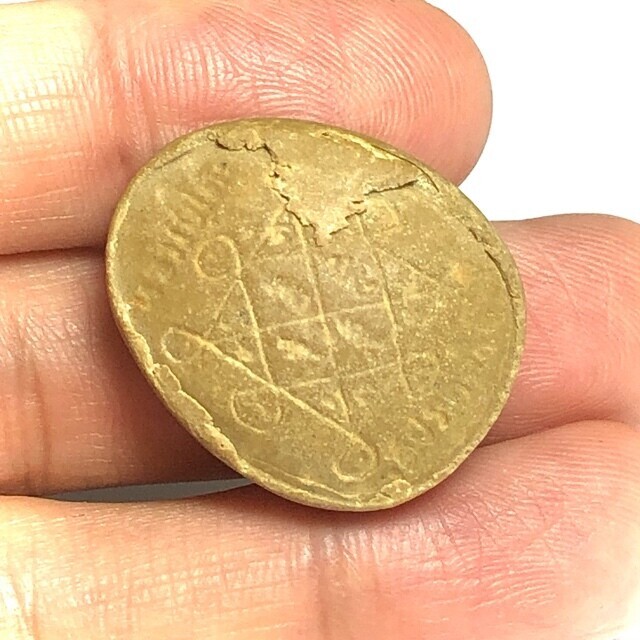 However, for those whose budget allows it, the chance to own and wear such a rare and prestigious amulet that is so very rare to encounter, this amulet is a must-have. The amulets of Luang Phu To are more or less all with owners since more than several decades of constant depletion as the last remaining amulets find their owners, and the series is only accessible to view as a legend in the pages of magazines, and see worn around the necks of a lucky prosperous few individuals. 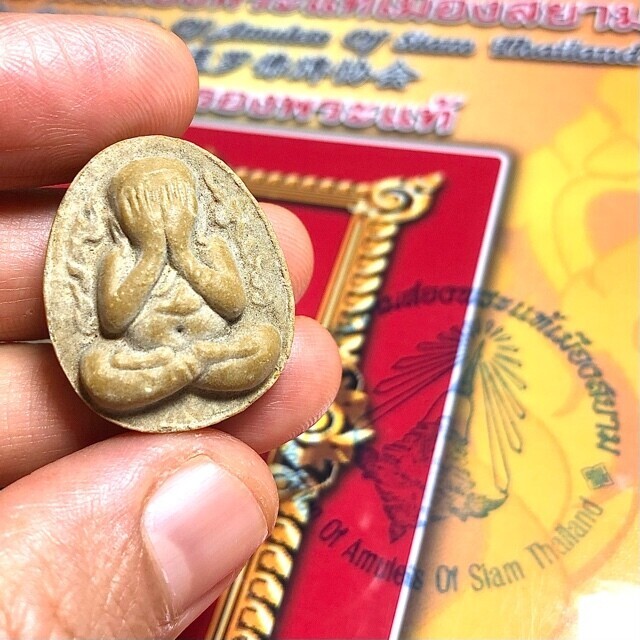 A defined ridge is seen where the legs cross at the ankle lines. The Sangkati Sash drapes over the left forearm of the Buddha Image with clearly defined lines, and blends with the chest in subtle fashion. The fingers are clearly defined and elongated, as is ubiquitous with authentic models. The rear face is emblazoned with the sacred Yant Trinisinghae for Klaew Klaad Kong Grapan, Maha Lap and Metta. 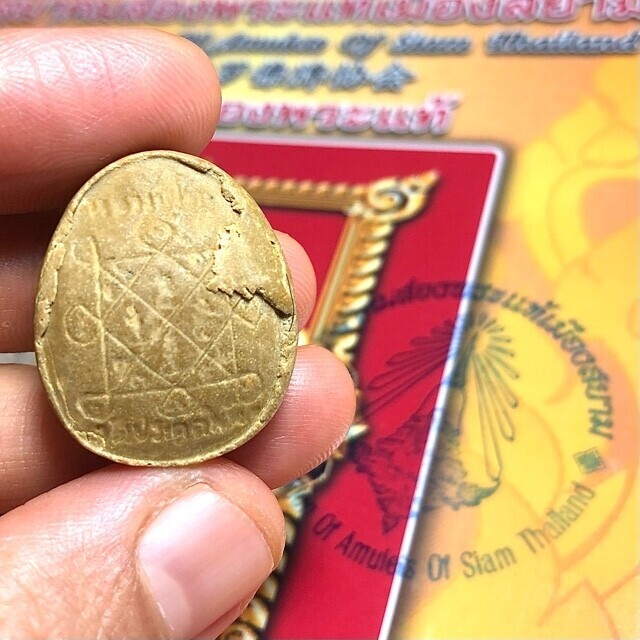 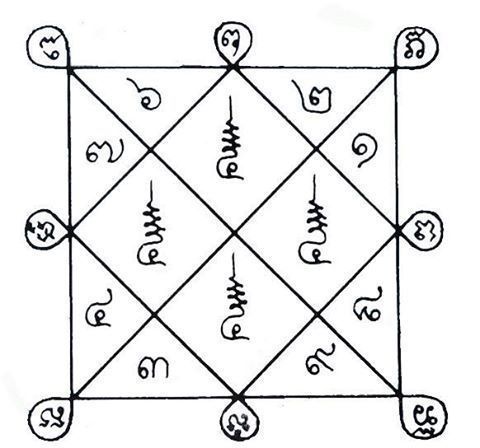 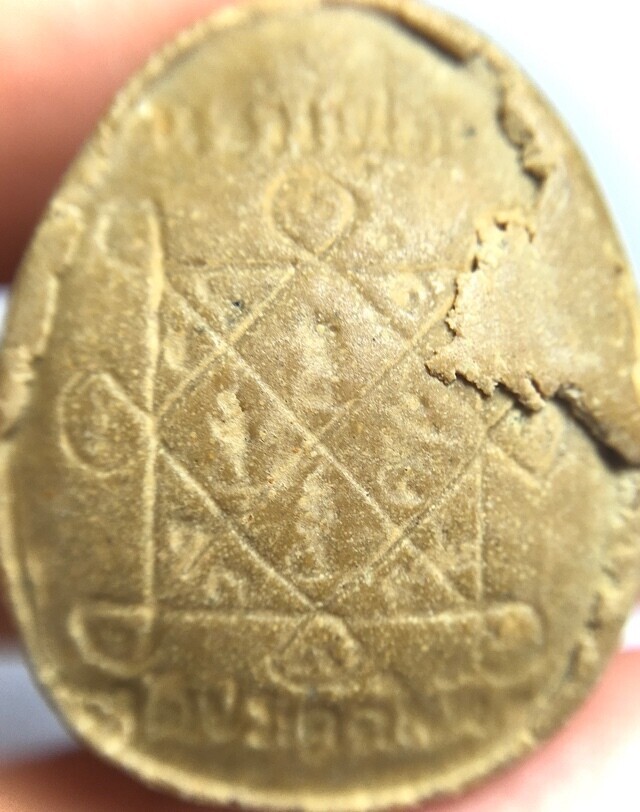 Those who seek Sacredness, and perhaps wish to speculate on increasing value, or enter into show competitions for first prize, would do well investing in this exquisitely beautiful, rare and a pristinely well-kept Master Class Level Series Amulet. Those who have lower budgets, can still seek alternatives blessed by the same Master at lower price, such as the Wat Pai Lom edition. Diligent study and research will assist you in making the wise choice according to your personal wishes and needs. For those who see the inimitable top class Master Piece however, this is amulet is the right choice for those whose budget permits it. This amulet can be found worn in Thailand by high ranking police, army, civil servants and politicians, who jealously guard them for their Sacred Power. 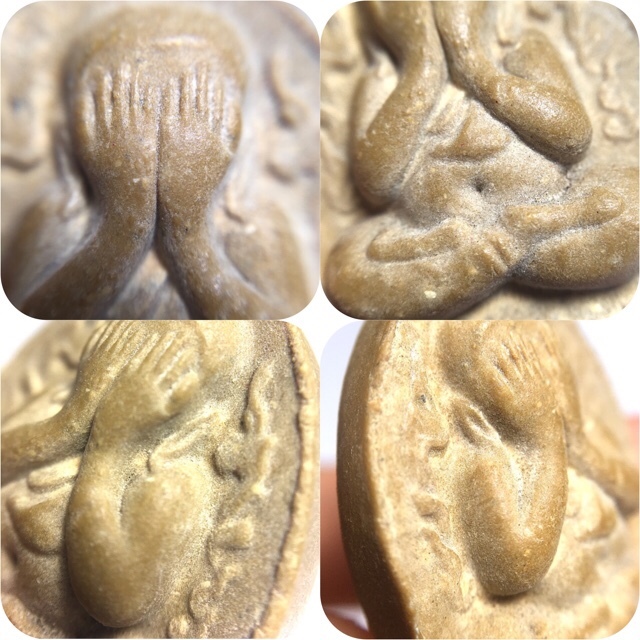 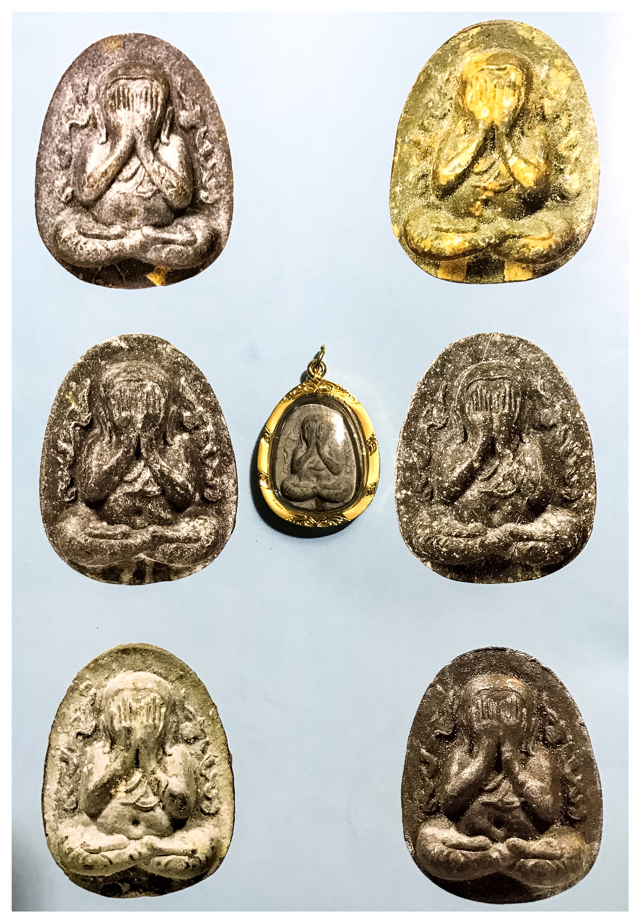 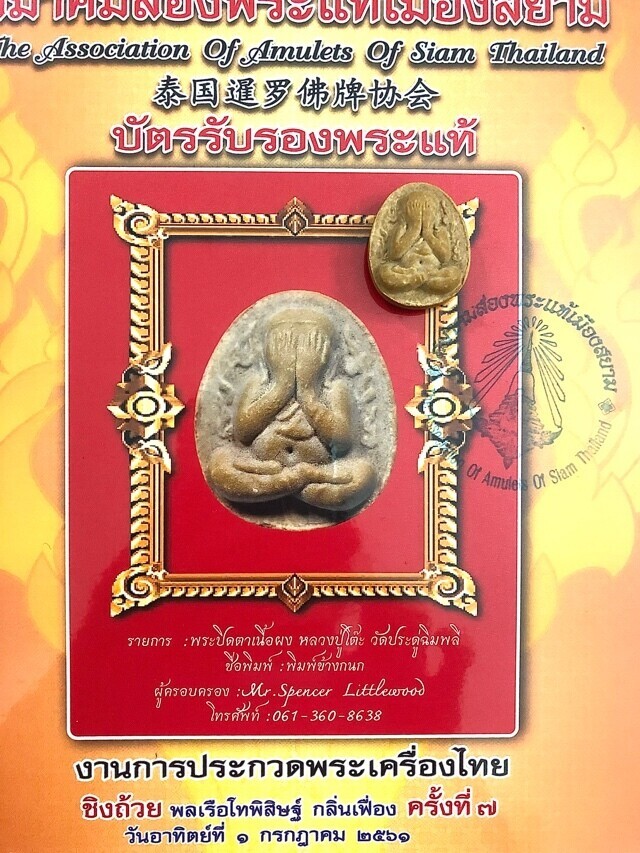 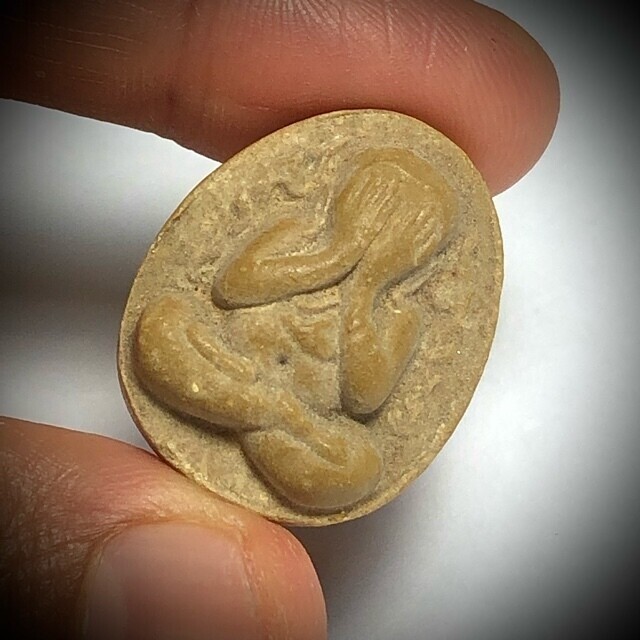 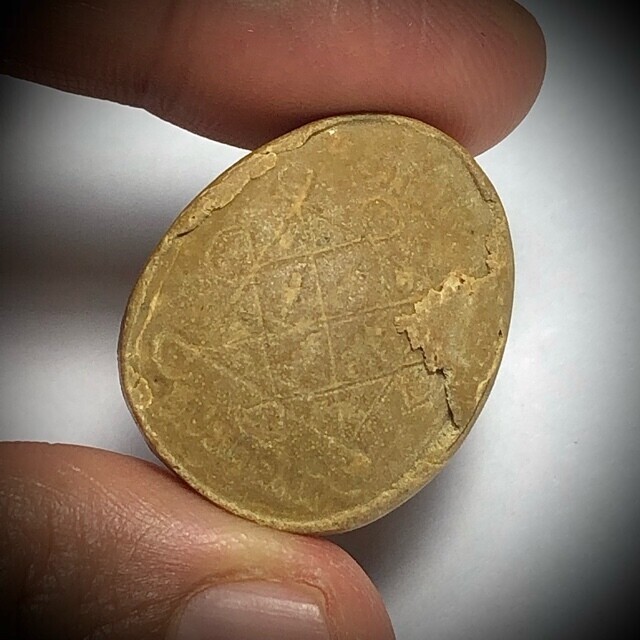 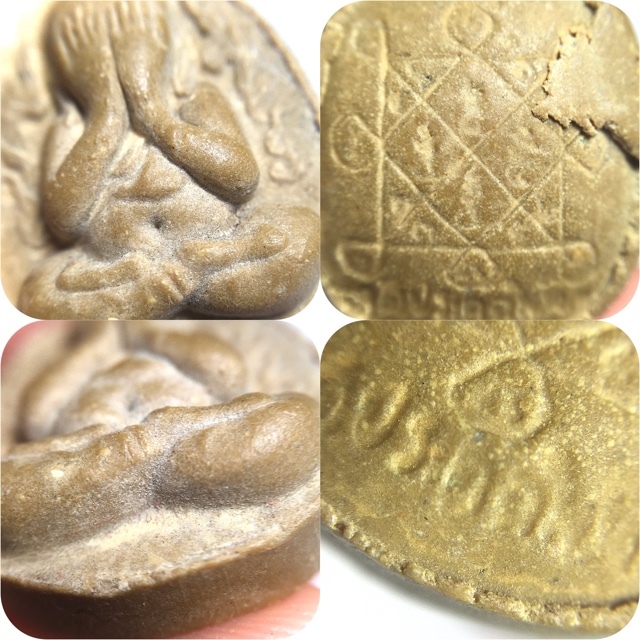 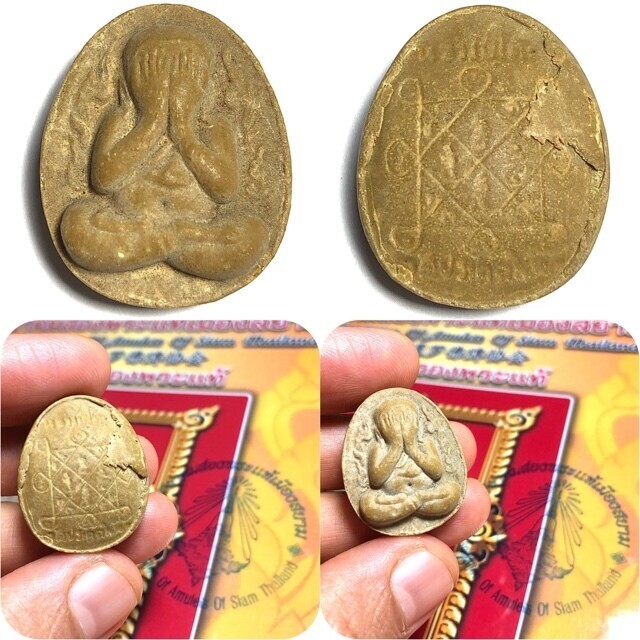 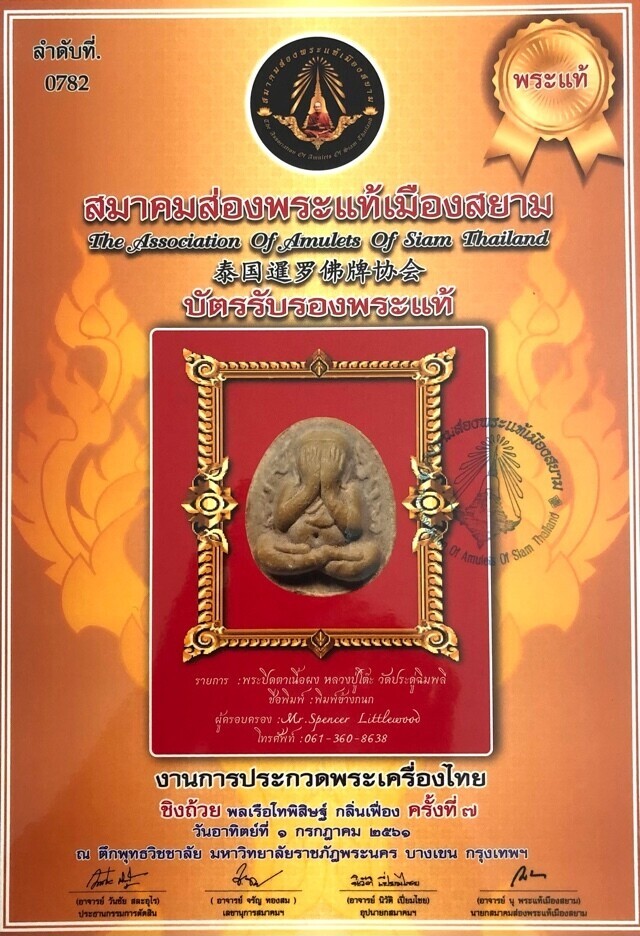