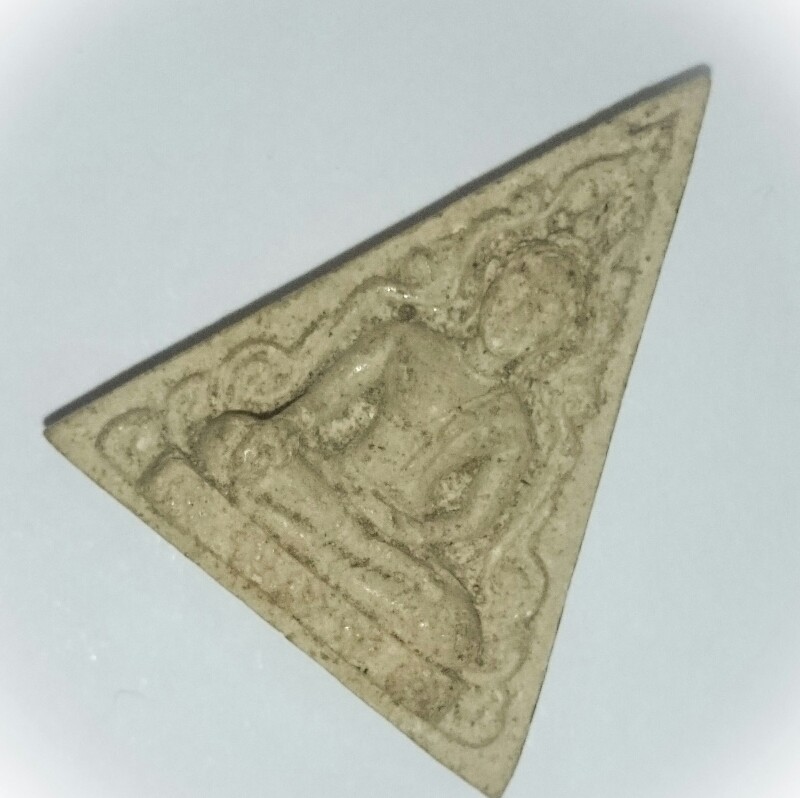 This is a very rare amulet and highly revered by the Devotees of Jao Khun Nor of Wat Silakhant. It was released in both Pim Ya and Pim Lek Versions, and was seen to be made in both dry Puttakun Powders, as well as with a Glazed ceramic Enamelled Surface.

The Puttakun Powder version is much rtarer to find than the glazed version, and is second in rarity to the Ongk Kroo version, which was made covered in black lacquer, with gold leaf embellishments on the civara and topknot of the Buddha, as well as the decorative 'Granok' flamed borders of the amulet. 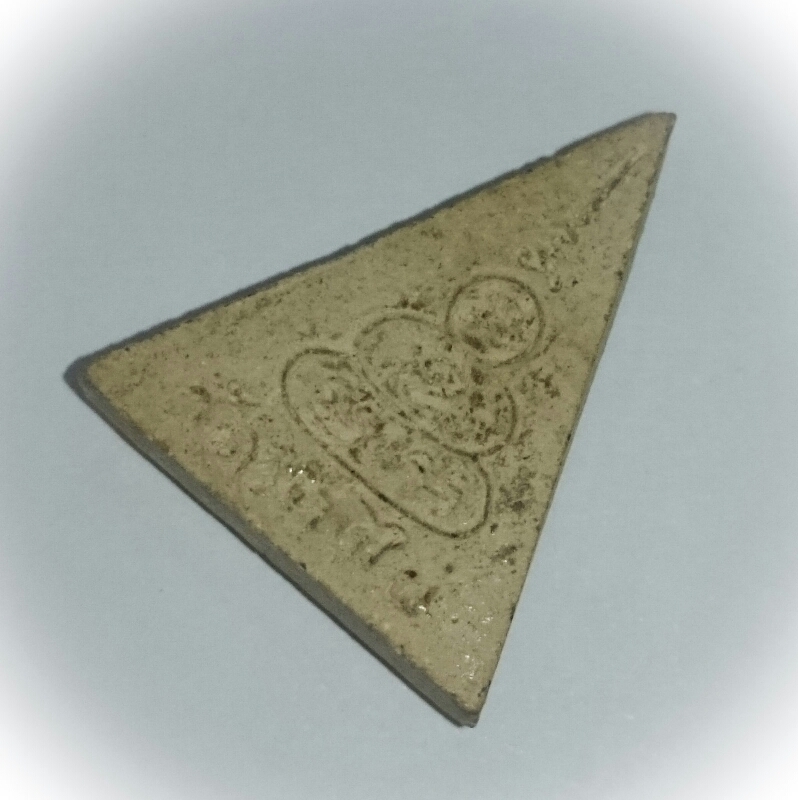 The amulet is a member of the 'Pra Benjapakee' 'Top Five' Regional Amulets of Thailand, and is a classic of the 'Pra Niyom Say Chonburi' (Classic Preferred Collector Class Amulets of the Chonburi Province Collector Circle), as well as being individually preferred around the whole country. 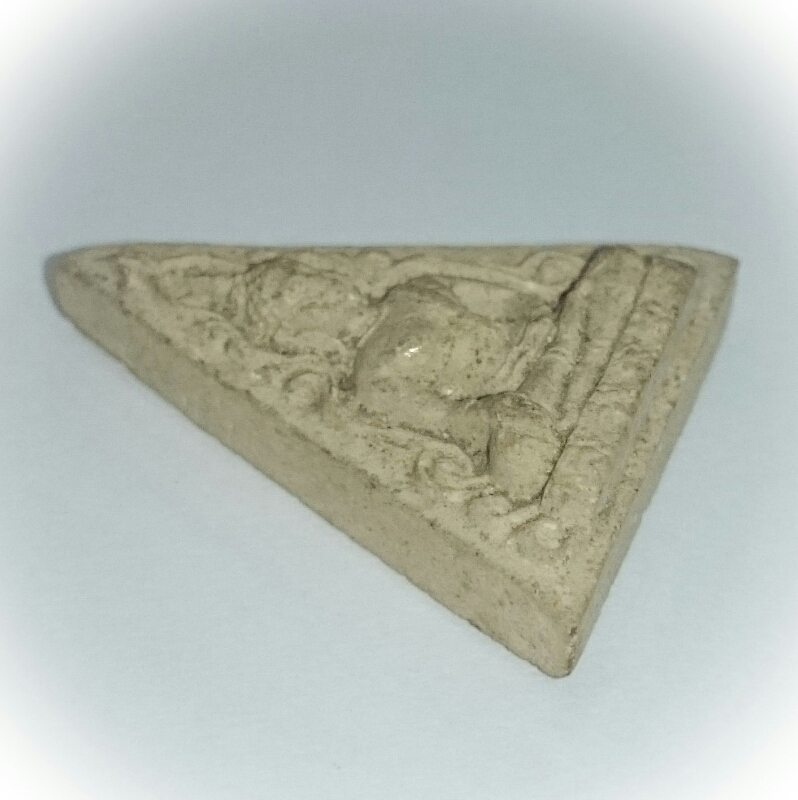 This is because of the fact that it is one of the Powerful Amulets which recieved Empowerment from the Great Jao Khun Nor, who is a Monk of Historical Importance and who maintained a perfect, exemplary, and admirable trajectory of practice in his Patipata as a Buddhist Monk. 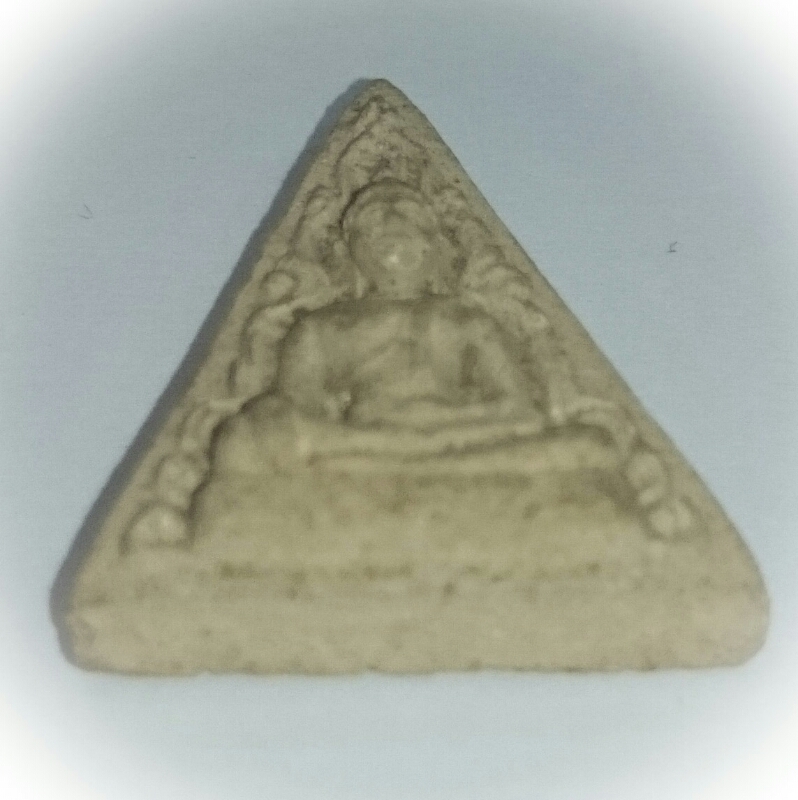 His Magical Powers as far as amulets are concerned are undisputed, and are known for their Metta Mahaniyom, Maha Lap, Klaew Klaad, and Serm Duang properties. 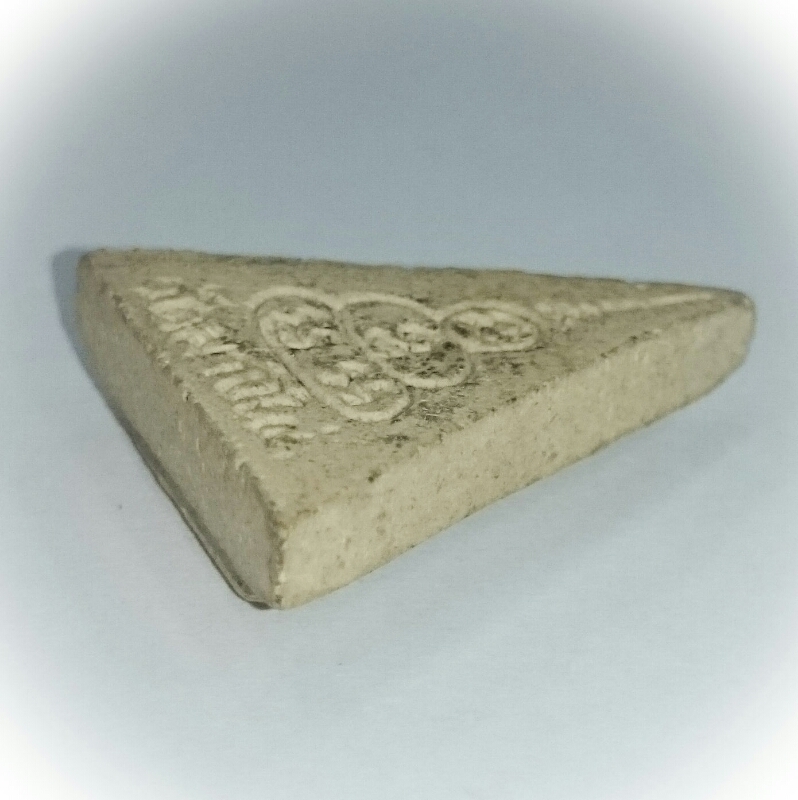 A most recommendable amulet for the Family Heirloom Collection, and a perfect amulet for ladies and children to wear, with no black magic, and pure Buddhakun Blessings. Increase Wealth and treasures and Klaew Klaad Protection, Serm Duang (Improve Auspicious Karma). 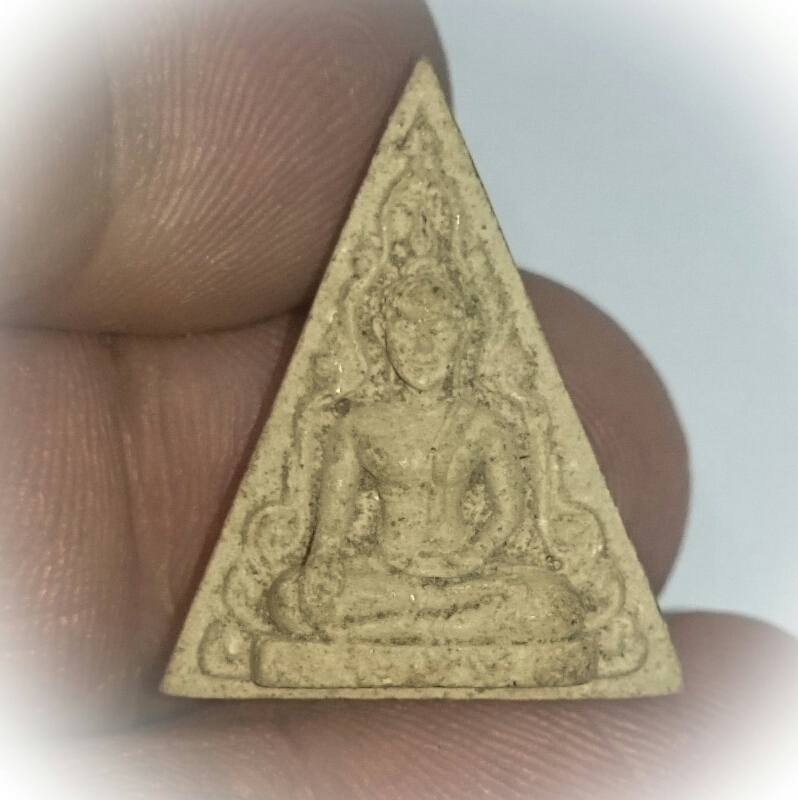 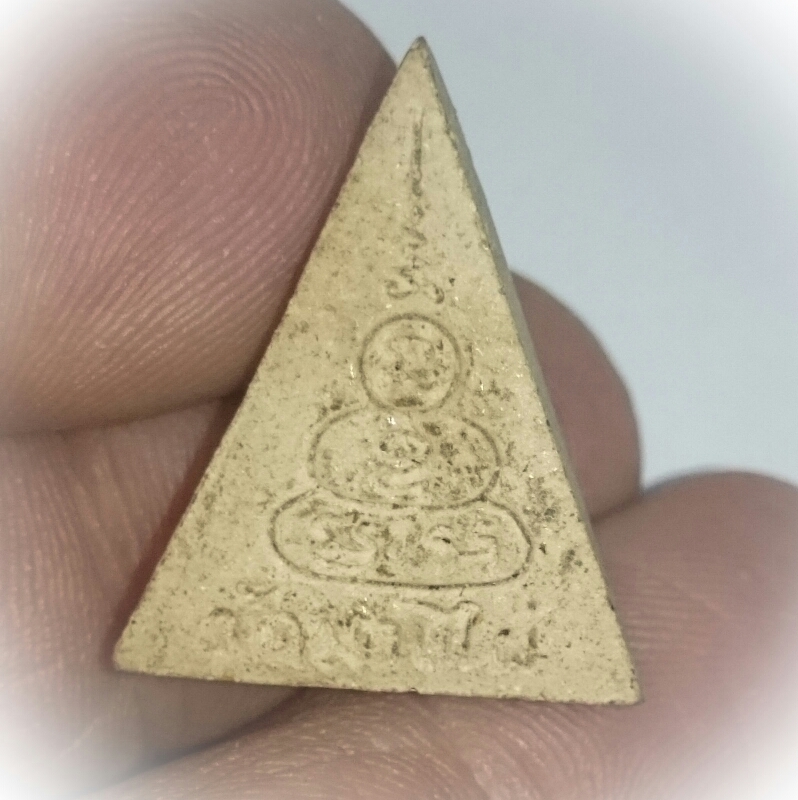 He died in the year 2514 BE at the age of 74, after 56 years as an Ordained Monk. He passed away after suffering a long time from a terrible cancer on his neck, which he suffered throughout his final time,, but which disappeared just before his death, and which was an extremely large protuberance with a very painful open wound. But Tan Jao Khun Nor still went to every monring and evening prayer chanting of the Uposadha Chapel and would sit and give Dhamma sermons as usual, and never once showed that he was in pain in front of the Devotees, which is unimaginable to any normal Human Being.

Above; Jao Khun Nor with extreme throat cancer, practicing as usual without fail, maintaining complete diligence, without taking a rest. The open wound of the Cancer disappeared before his death, despite the fact that he refused any special treatment apart from letting Dr. paibun clean it regularly (after which he would always give blessings to everybody chanting the Chinabanjara Kata). He said 'The wound came by itself, and so, it should also leave by itself. 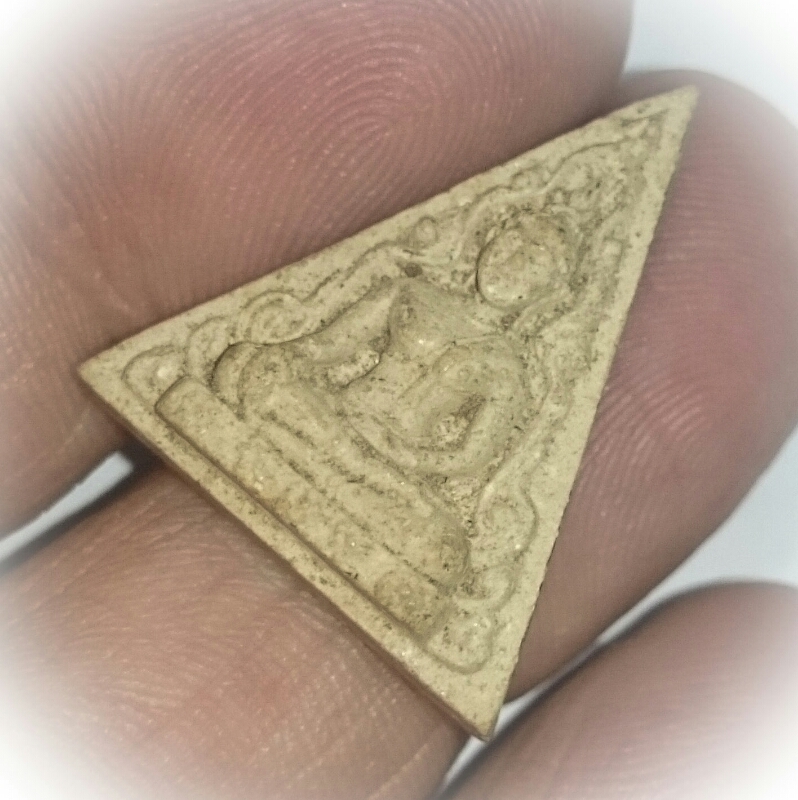 Before he passed away, he performed the blessing and empowerment of sacred earths and gravels, which he called 'Pra Por Mae Torani Bpatawi Dhatu' which means 'Mother and Father Dharani Earth Mother Elemental Relics', which are considered extremely powerful.He was reputed to say to Devotees that if they were to remember him, they should think of him by his Dhamma name of 'Tammawidtago', which means to think of the Dhamma, or 'Dtreuk Therng Pra Tam' which also means to think of the Dhamma (His birth Name was 'Dtreuk')

It was said by the Sangkaracha Royal Monk who was also the Upachaya (ordaining officer) of Jao Khun Nor, that "this is not any ordinary person - he is already a Noble Person (one of the four kinds of Enlightened Beings). In addition, The Great Luang Ta Maha Bua was known to have said that Jao Khun Nor was a 'Pra Arahant Klang Krung' declaring him an Enlightened Arahant.

The Wat Mab Phai edition of amulets from Jao Khun Nor are now a very rare edition, for which we do not hesitate to recommend them to any serious collector of either Jao Khun Nor's amulets, and/or those who are Avid students and collectors of the Chonburi Provincial Line of Niche Classic Amulet Collection. This edition enters into both standard categories. 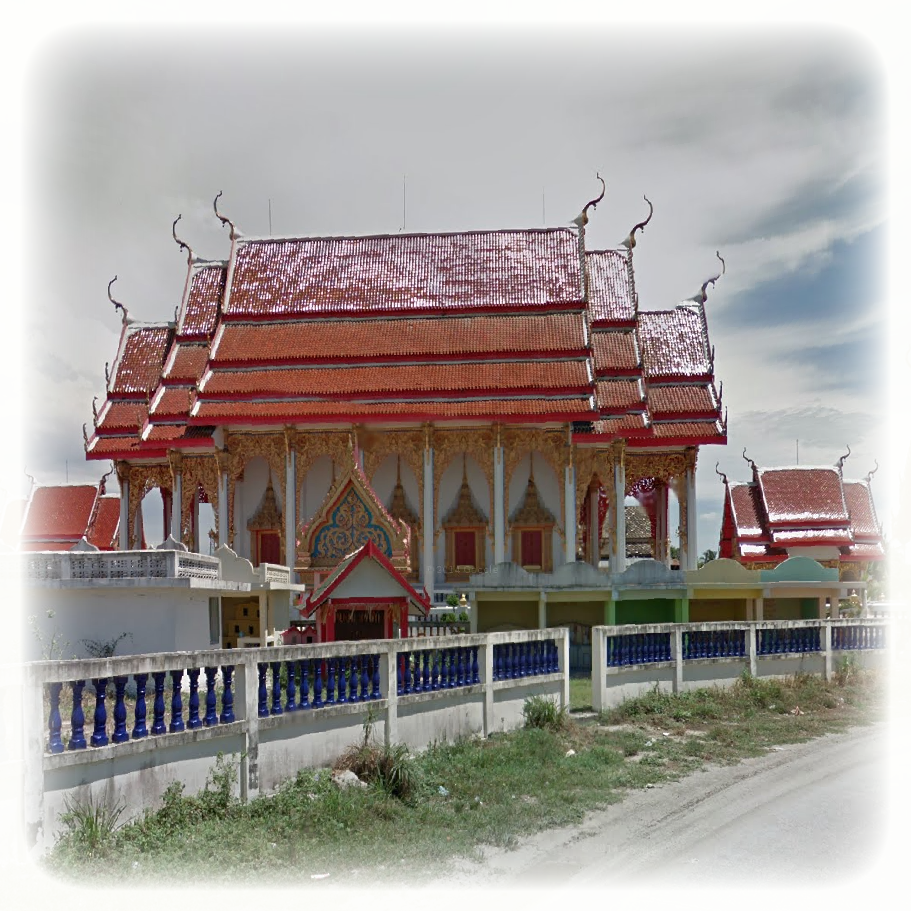