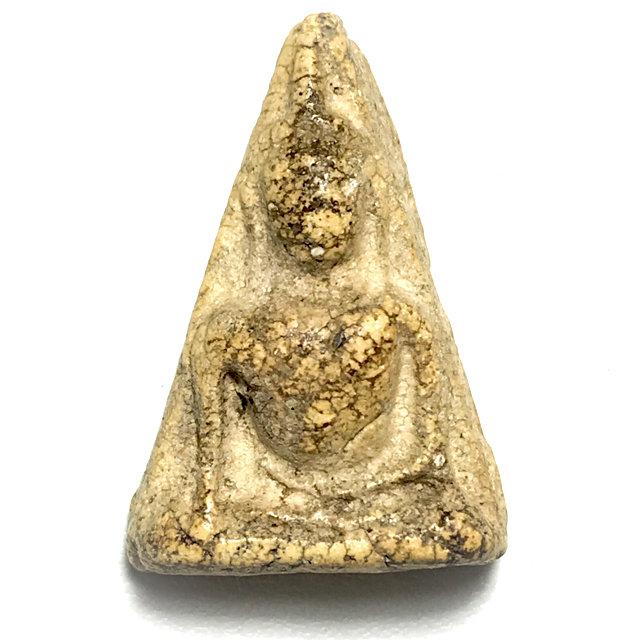 This Pim is definitely from the earlier first and oldest batch from Khrua Ta Saeng, with its rock hard stonelike texture clay and rich Muan Sarn content. This exhibit has the visible presence of Muan Sarn Sacred Powders identical to those used by Ajarn Saeng, and his student the Great Somdej Pra Puttajarn (Dto) Prohmrangsri. It is said that it was the Great Khrua Ta Saeng, of Wat Mani Chonlakhant in Lopburi who made the first batch during the time or Rama the 3rd 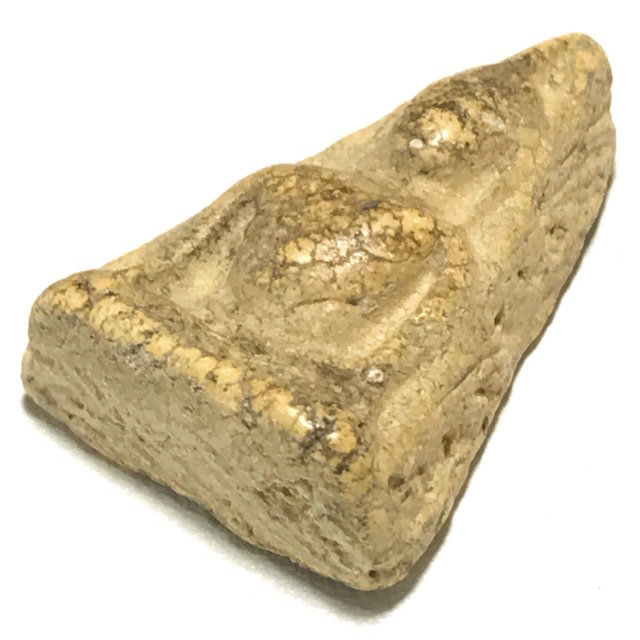 The 'Nuea Ha' (visual content) is identical in characteristics to those found in the Pra Somdej Wat Rakang Kositaram of Somdej Dto, and are classified within the pantheon of amulets found in the Kru which are attributed to him. it is said that Somdej Dto was responsible for the hiding of these amulets within the Kru at Wat Tap Khaw, as he wandered down from the North along villages and townships which were scattered along the Chao Praya river. An amulet that is older than the Pra Somdej Wat Rakang of Somdej Dto, and hence a perfect Ongk Kroo study model for experts to align their judgment of aging characteristics of the Sacred Clay of Somdej Dto and Ajarn Saeng. 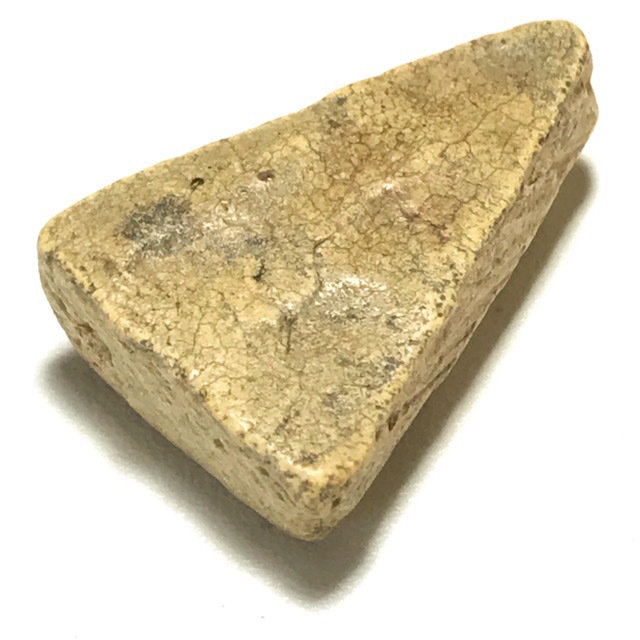 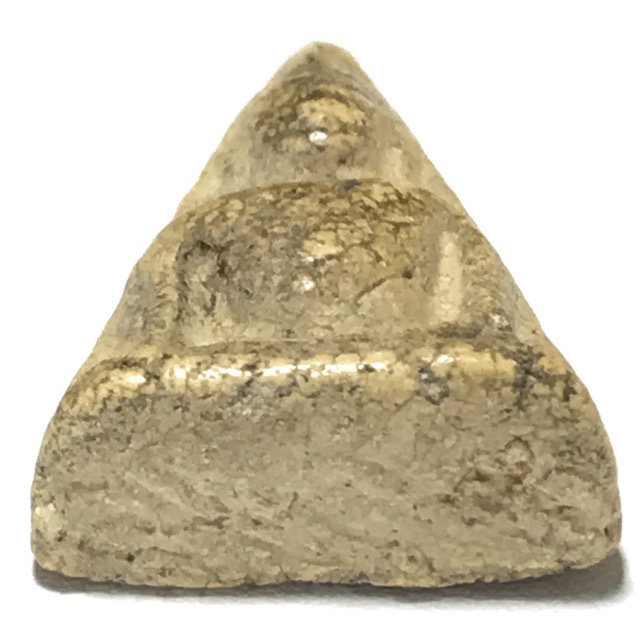 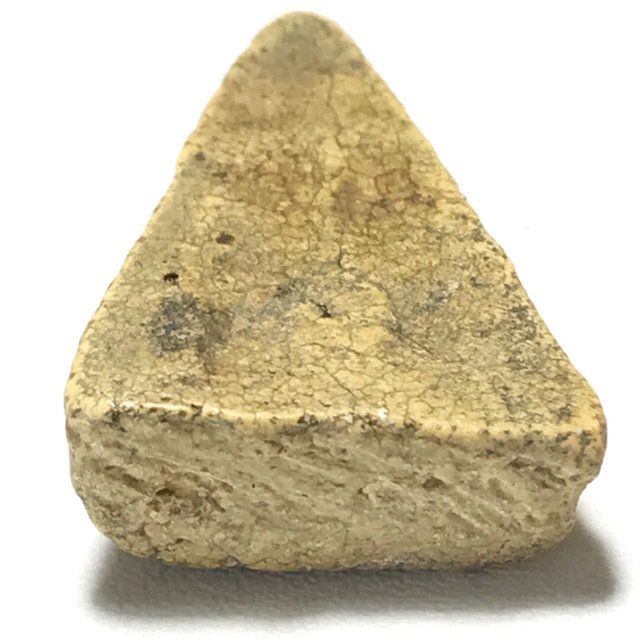 The Kru Wat Tap Khaw was discovered in 2480 by a Mr. Dteng (Surname not known), who found them whilst digging around the temple grounds. The Kru was found to have amulets buried which were made during three different Eras of History; The first era was created in the Sukhothai Era, and were made from fine Nuea Pong Puttakun powders. A large number of different models were found, such as the Pra Pratan Porn, the Pra Ruang Nang, Pra Rueang Yern, Pra Lila. The amulets of this era have a creamy milky white clay hardened like stone, extremely similar in Muan Sarn to the Pra Somdej Wat Rakang Kositaram and to the amulets of Wat Plab. 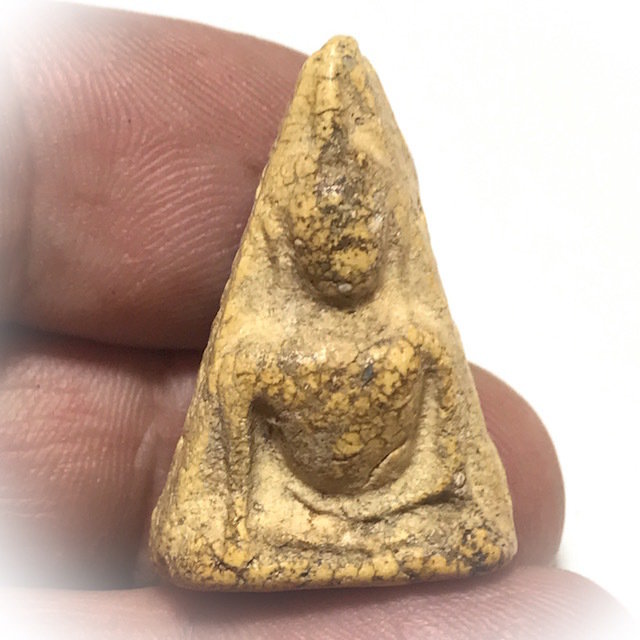 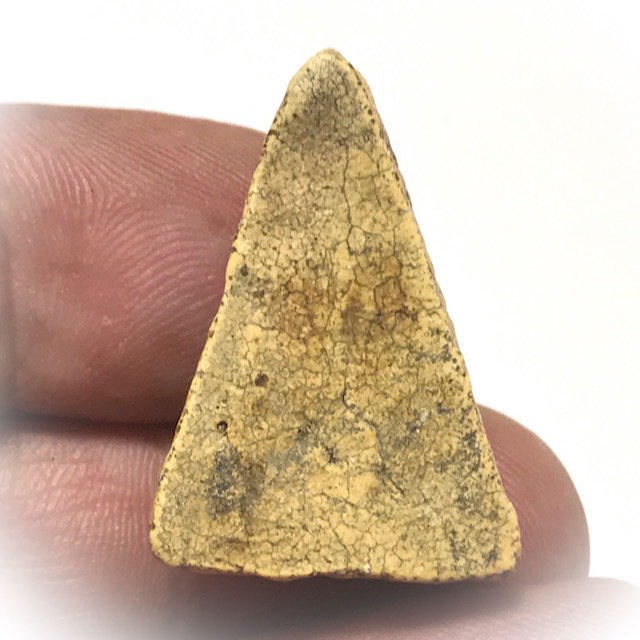 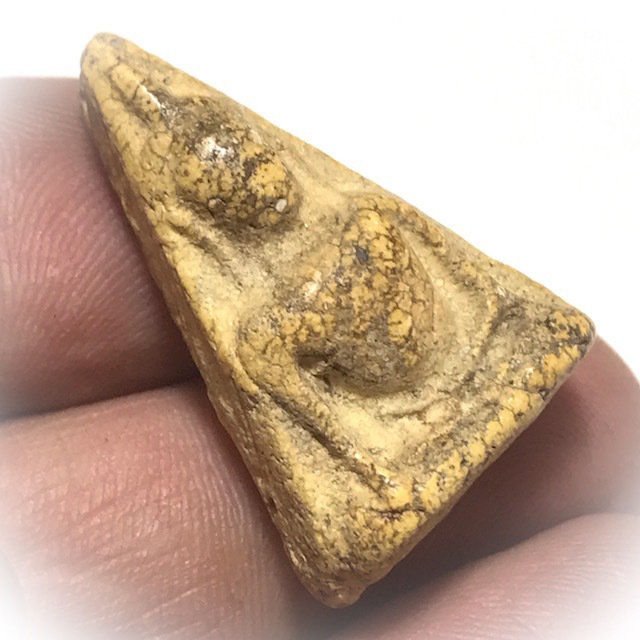 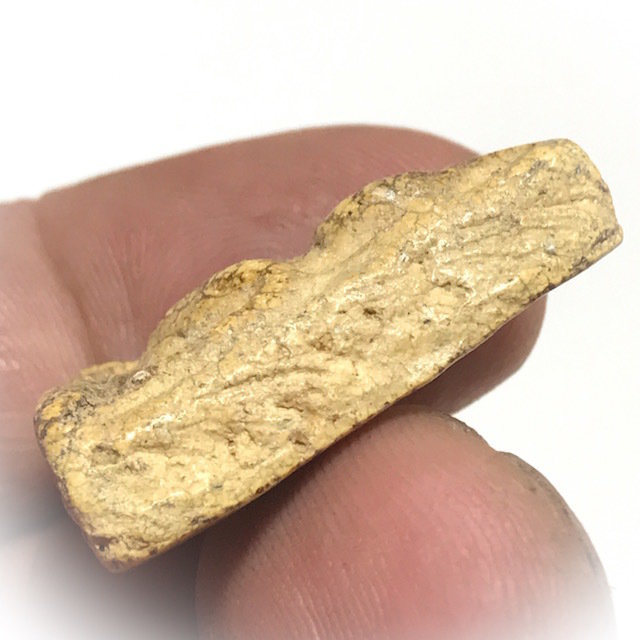 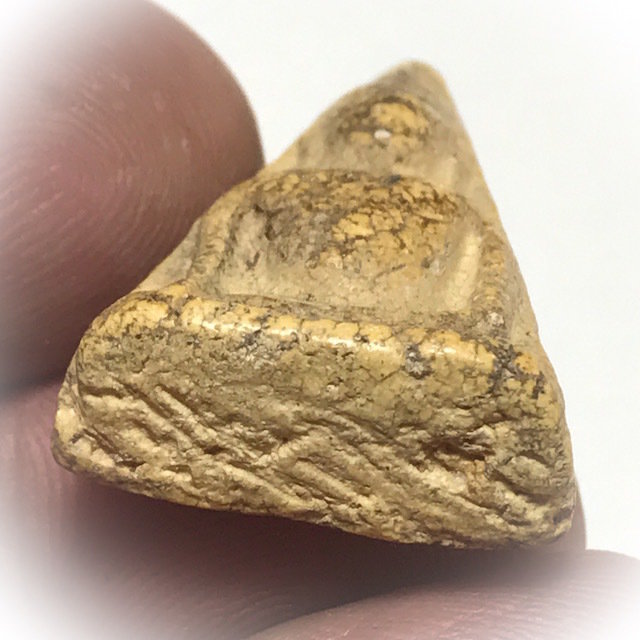 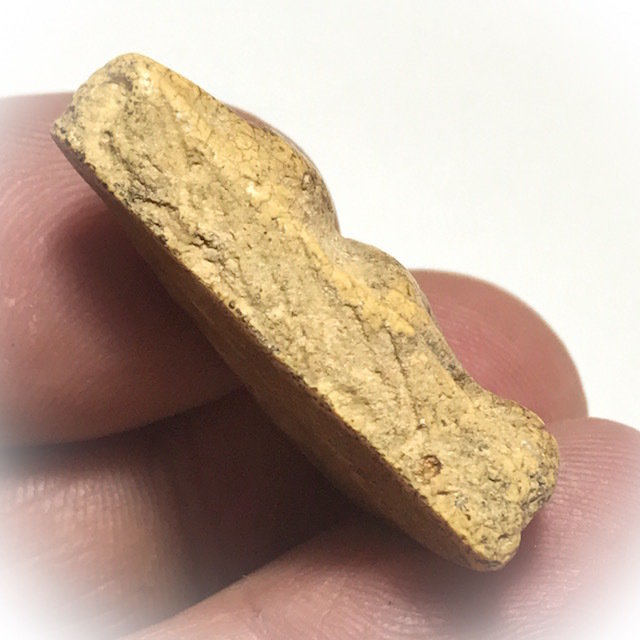 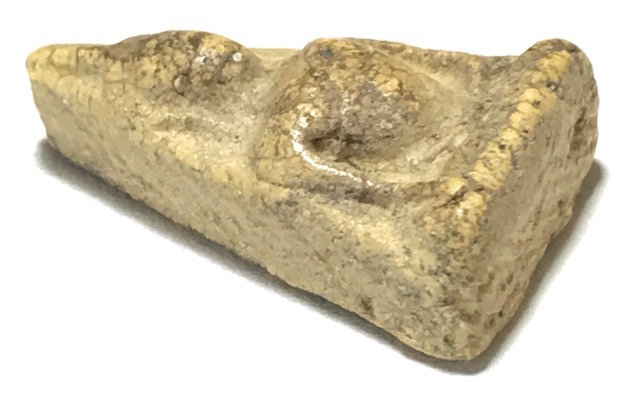 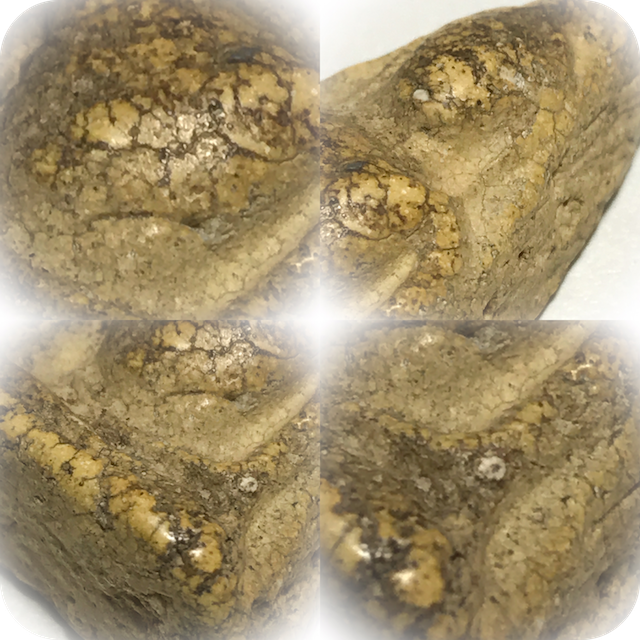 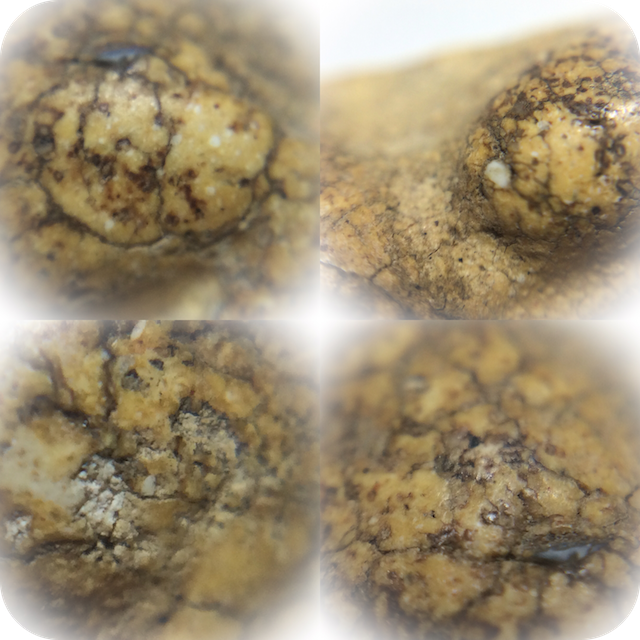 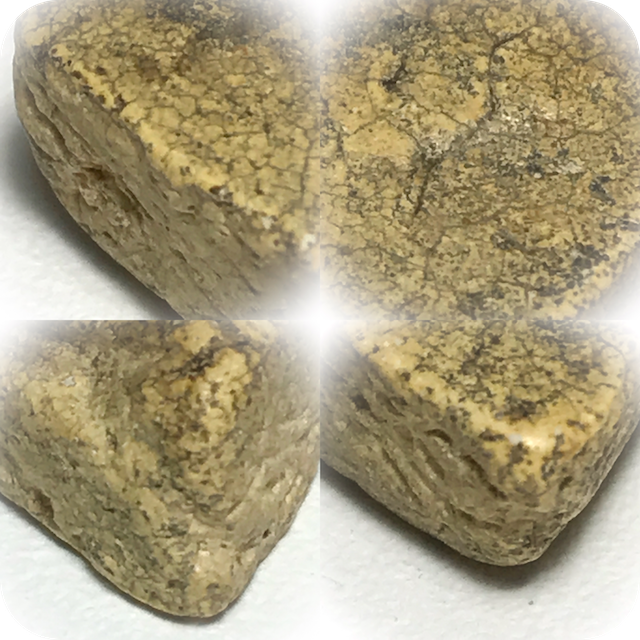 The rarest amulet of all of the first era batch of Wat Tap Khaw from Khrua Ta Saeng is the Pra Somdej Pim Gang Pla, theTri Gaay (Pra Sam), the Pra Khun Phaen Ha Liam, Pra Khun Phaen Khai Pa Seek, and the Pra Narai Song Pern. There is written documentation form Luang Phu Kam of Wat Amarint, who was a Gaeji Ajarn who lived at the same time as, and who was a close friend of Somdej Dto, that amulets had been made by these masters. It is written that Luang Phu Kam had asked Somdej Pra Puttajarn Dto to make some sacred powder amulets in the style and fashion that was known and popular to the people of Ayuttaya, Sukhothai and Lopburi. 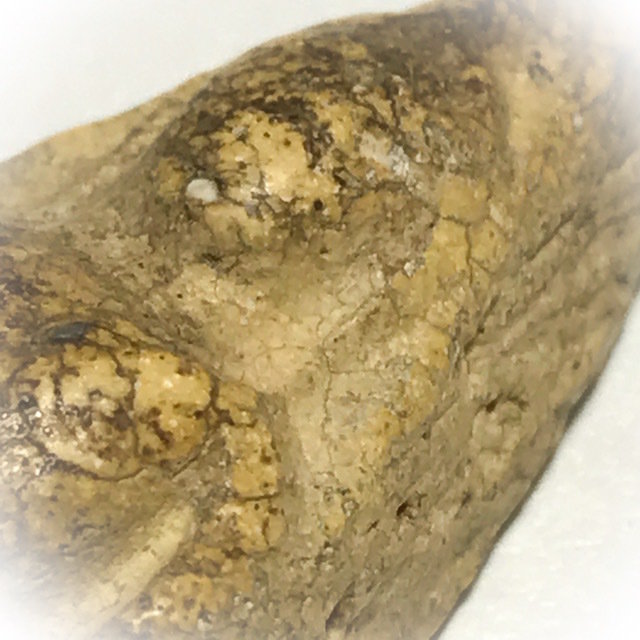 The very same models (Pim Song) of amulet which were found in the Kru Wat Tap Khaw are mentioned in this documentation as having been made by Somdej Dto, and so there is little doubt remaining in the origins of the second era batch of the Kru Wat Tap Khaw. 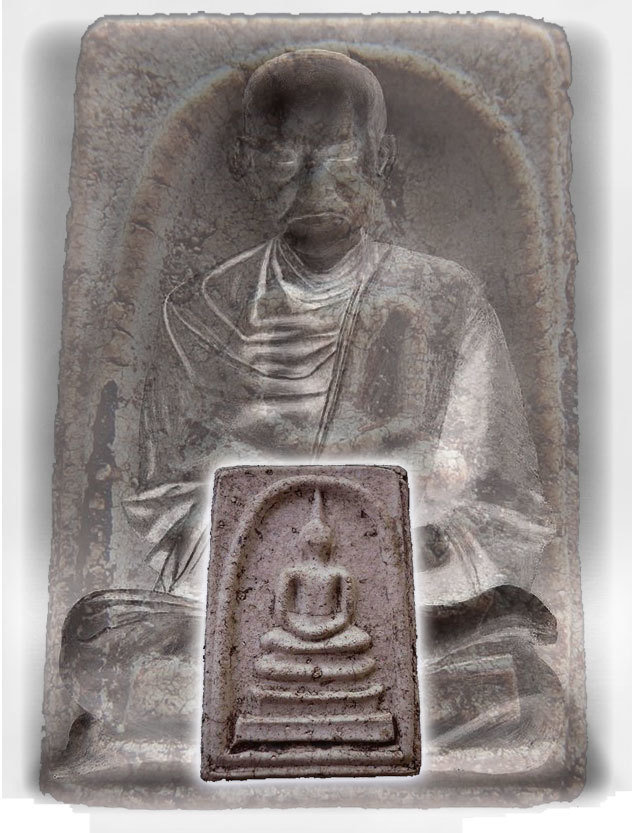 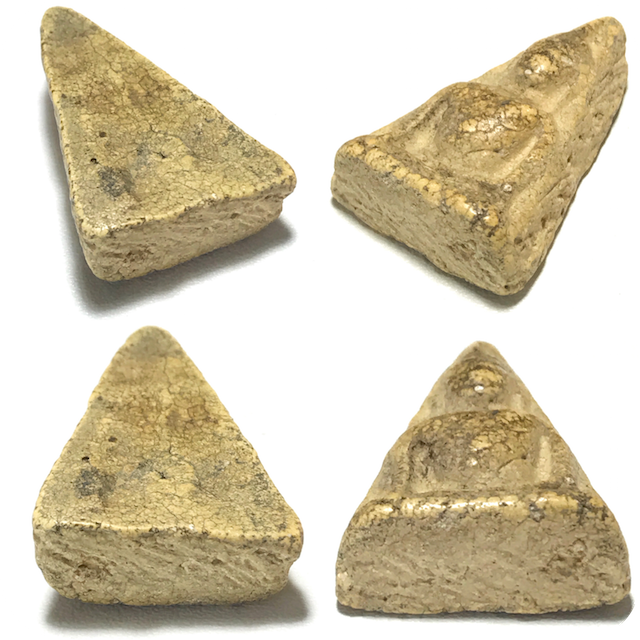