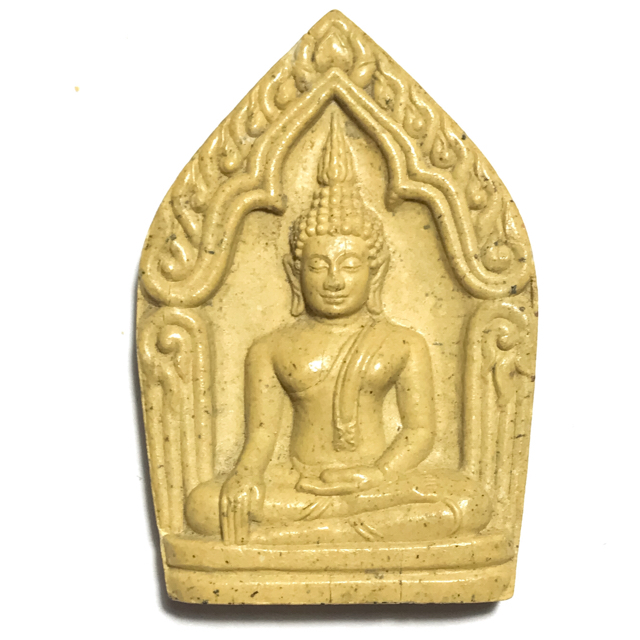 Pra Khun Phaen Saen Sanaeh Nuea Wan Sanaeh 108 Luang Phu Nai Wat Ban Jaeng (Ayuttaya). This Pra Khun Phaen is empowered primarily for Maha Sanaeh Kaa Khaay Metta Mahaniyom Magic, with special Maha Sanaeh Herbal powders. This amulet has become a very favoured amulet of merchants in Ayuttaya over the many years since its release, for its power to attract customers, increase sales, and to assist in enchanting others for love and professional purposes.

The rear face of the amulet has a Sacred Na Khun Phaen Yantra spell with the Kata Hua Jai Pra Khun Phaen, the Kata tat See, and Trai Soranakom, embossed and the name of edition, maker and temple; Na Ma Pa Ta Su Na Mo Lō Na Ma Ma Ma A U U U - all these components are leaced together to form a Yant Ha Yord, 5 Spires Yantra. 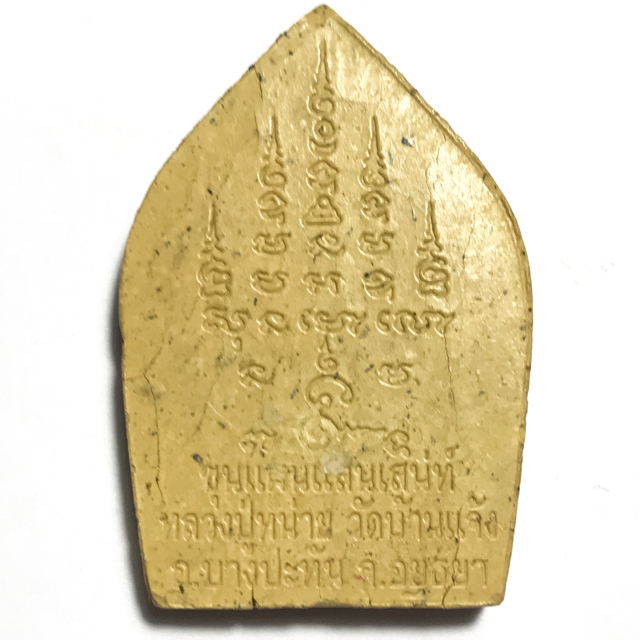 The front face features a Buddha image in Sukhothai Era style Artistic Interpretation, seated in the Mara Wichai posture, representing the moment where the Buddha touched the earth to call the Dharani Earth Goddess (Mae Toranii) to witness the truth of his merits, in the final discussion with the Mara Demon. 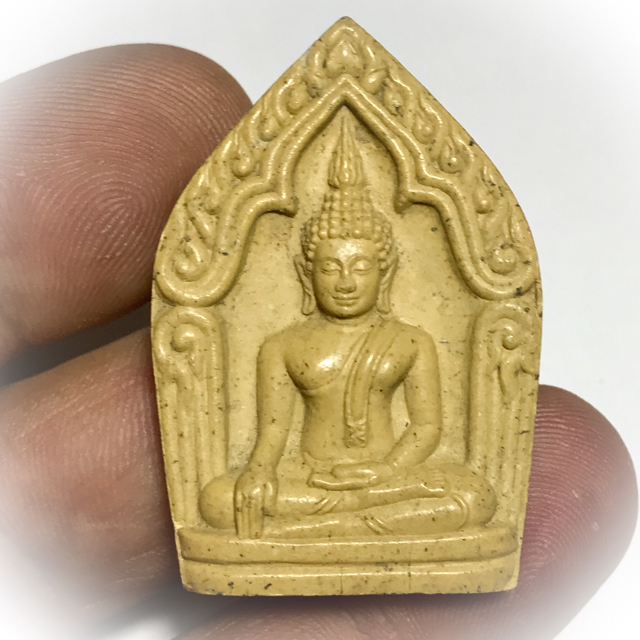 Luang Phu Nai (2446 – 2531 BE), was a Gaeji Ajarn Master Monk of Ayuttaya, who possessed the Lineage Wicha of Luang Phu Sukh (Wat Pak Klong Makham Tao). Luang Phu Nai was a very famous Sak Yant Tattoo Master of Ayuttaya, whose Wicha Jing-Jok Gecko Magic was known to be the most powerful of any Sorceror-Monk of his Time. His Jing Jok amulets are the most nationally and internationally famous Gecko amulet of all the Pantheon of Thai Classic Pra Niyom in HIstory to Date, belonging to the 'Krueang Rang' (Talismans and Charms) Category of High End Masterpieces. 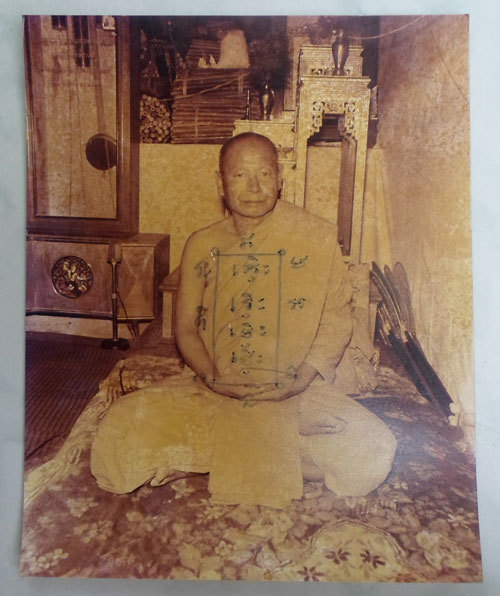 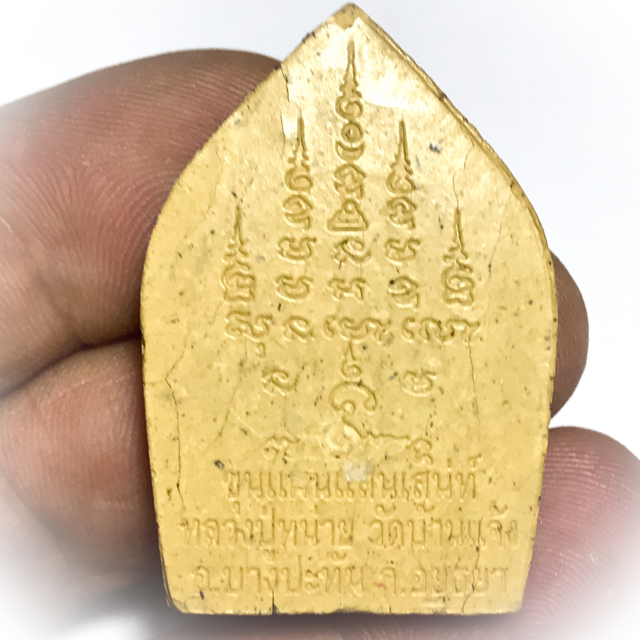 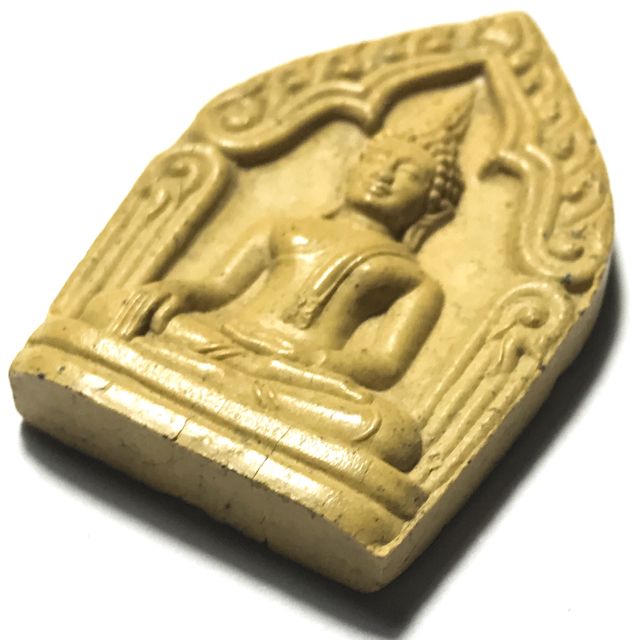 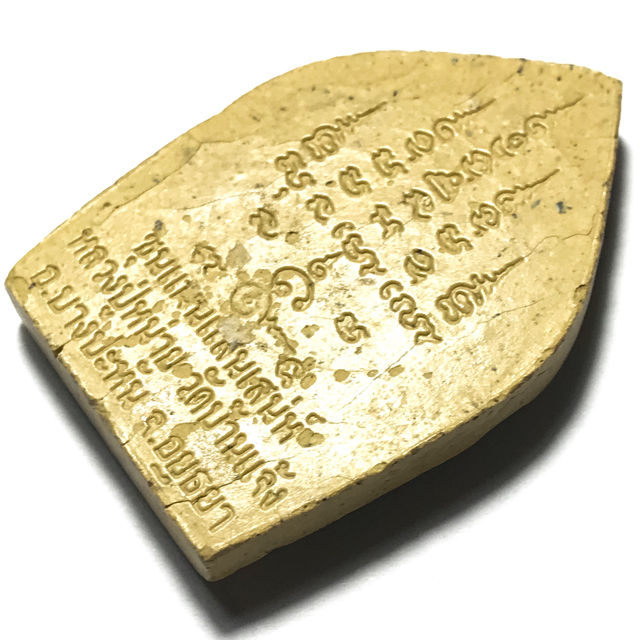 Then later, at the age of 22, he was ordained to the highest status of a fully ordained 'Bhikkhu' (that is to say, a fully fledged Buddhist monk). He remained Ordained and Pure from the age of 12 within the Buddhist Sangha, until the day he passed away in the year 2531 BE. He was able to travel to Wat Pak Klong Makham Tao temple to study Sorcery and Buddha Magic with the great Luang Phu Sukh, and even met Grom Luang Chumporn the Royal Admiral Princely Lord, who taught him the missing parts of Wicha which had been left unstudied when Luang Phu Suk passed away. 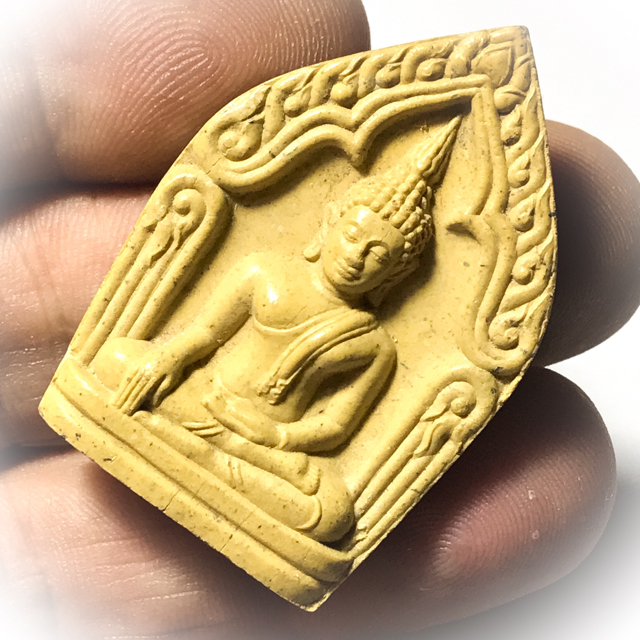 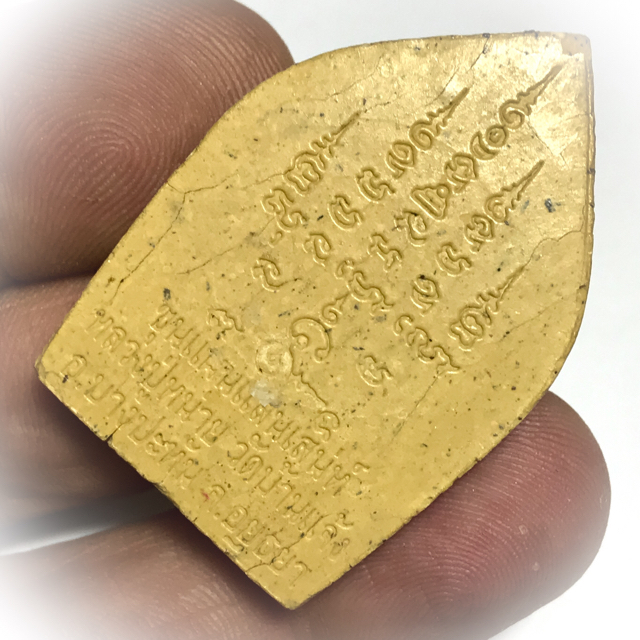 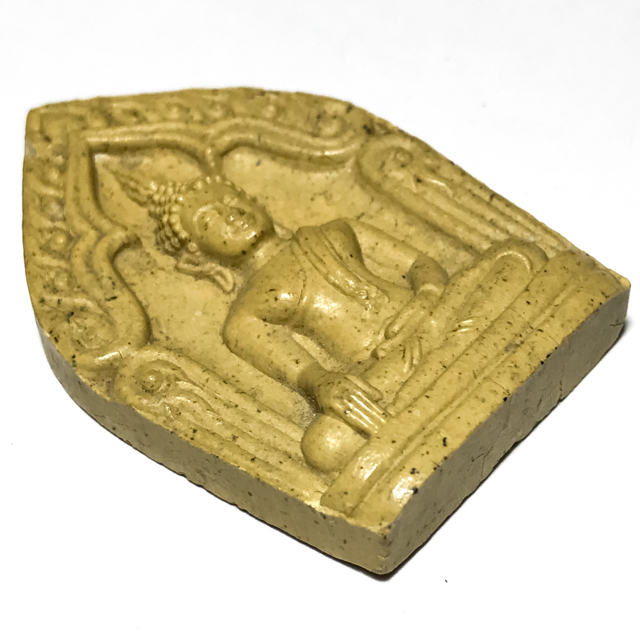 Then take the amulet and tap your forehead or the crown of your head before leaving the house each day. 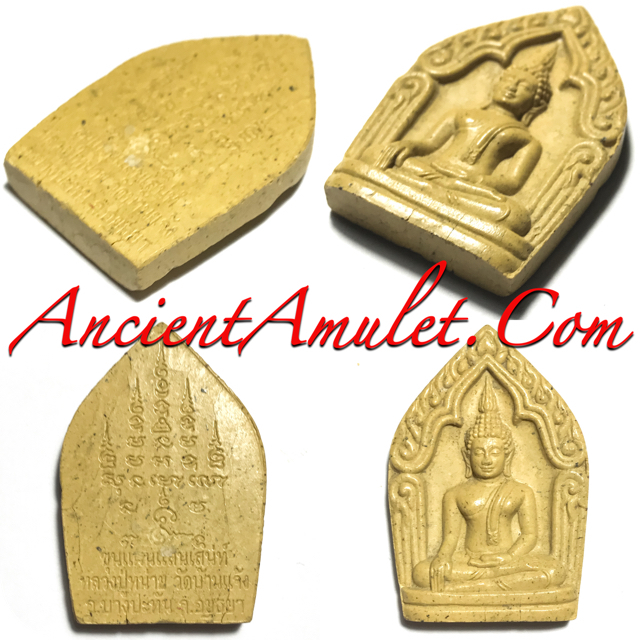