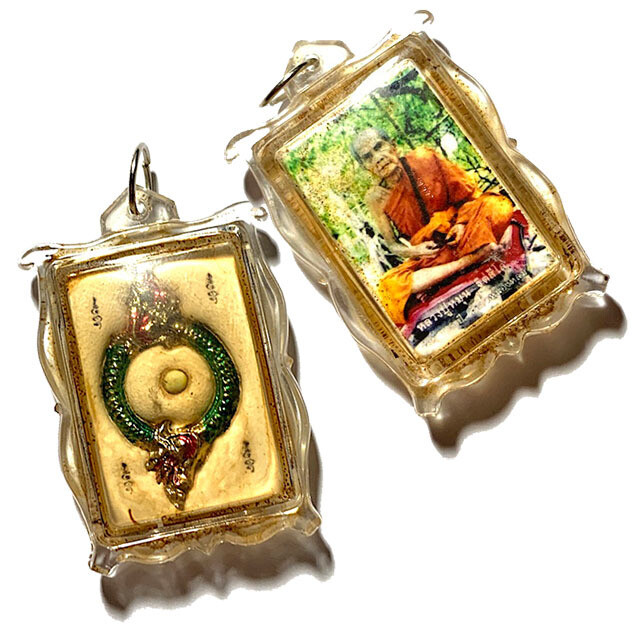 105 Years edition Pim Yai Roop Muean Guru Monk Image Locket amulet, with Buang Nakabat Naga Ring, Met Prakam Nga Sek Ivory Rosary Bead insert, and four Sacred Na Inscriptions on the rear face, inserted into powerful muan sarn sacred powders, from the Great Luang Phu Hmun Tidtasilo of Wat Ban Jan. Empowered in 2542 BE, the lockets were released in 2543, along with the Rian Ruay Ruay 99999, the Rian Nang Kwak and other highly famed amulets of Luang Por Hmun, at Wat Pha Nong Lom, after being empowered by Luang Phu Hmun over a three month 'Traimas' rainy season, and having been passed through a total of 5 different blessing ceremonies before release. 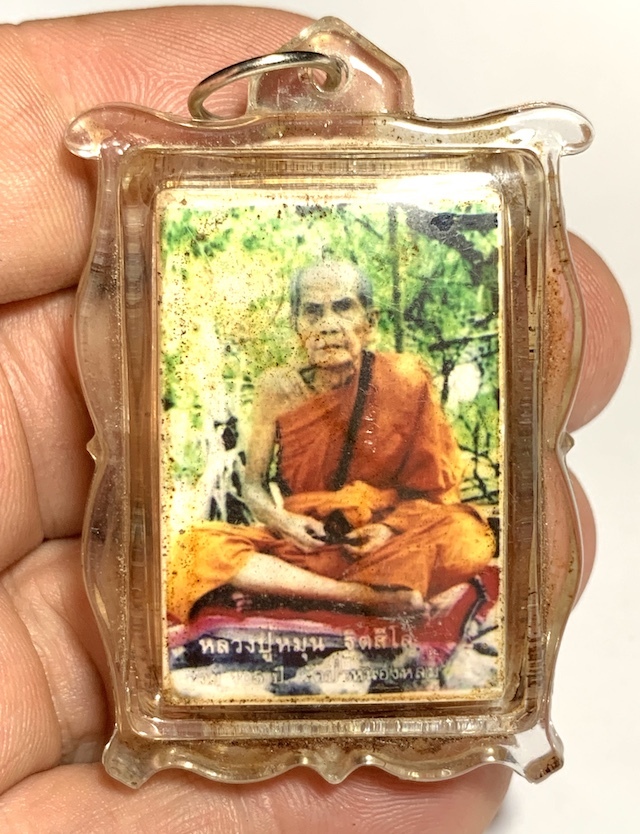 Free Worldwide Registered Airmail Shipping is Included with this Amulet. The amulets of Luang Phu Hmun are extremely popular, for they are very well known for their Metta and Maha Lap Wealth Increasing Magic, as well as Klaew Klaad Kong Grapan Protective Powers. Locklets are especially powerful amulets for devotees of the monk whose image is represented, and are a perfect form of Magical and Spiritual 'Gurunussati' (Mindfulness and reverence to the Guru), to connect the devotee to the spirit of the Guru, be he alive or deceased, and to call upon and invoke his blessing, protection, and power to turn one's life around for the better. 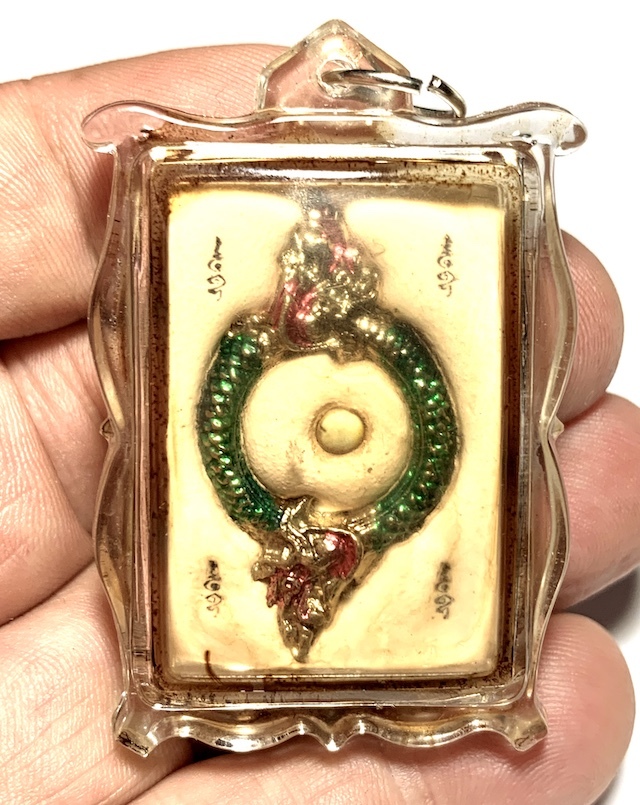 Free registered airmail shipping worldwide is offered, as is ubiquitous with all amulets in Ancient Amulet Store. Lockets and images of the Gurus themselves, along with the Muan Sarn and empowerment within the amulet makes this kind of amulet also 'Gurunussati' (Mental Telepathic and Spiritual Connection and Remembrance / Mindfulness of the Guru).

Released in the 'Roi Ha Pi' 105th birthday edition of Luang Phu Hmun. This large Pim Yai locket has powerful sacred muan sarn ingredients inserted into the rear face, one met praam nag Sek ivory rosary bead of Luang Por Hmun, and four hand inscriptions of Sacred Na Metta on each corner of rear face of the amulet, with a Buang Nakabat Naga sling (Ring), to Catch Wealth as well as to encircle and bind any black magic or evil influences and to coil around your accumulated wealth and keep it in your possession, preventing it from flowing out again. 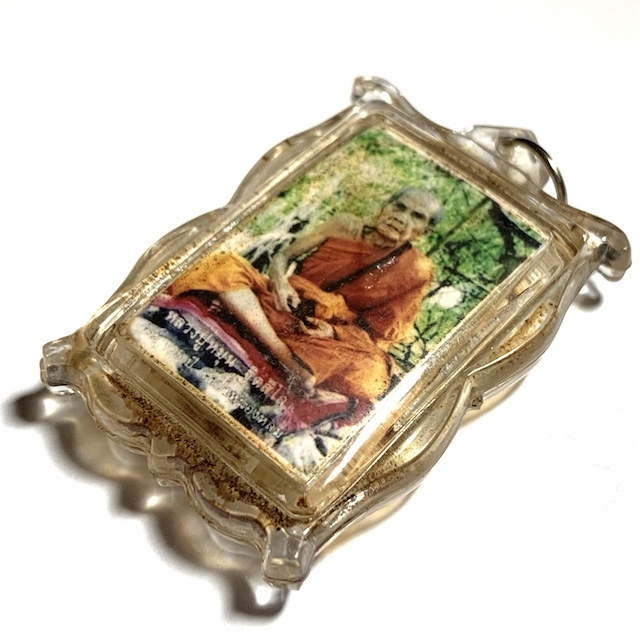 Luang Phu Hmun was a Maha Thaera Guru Monk of great age and who received Great reverence and Respect from the people of Tambon Jan for his Diligence and Purity in practicing the Vinaya as a Buddhist Monk. His predictions and instructions for ceremonial empowerment of amulets after his physical death, have been followed to the letter since his passing, for he gave special instructions to inform as to when and how he would return with his spiritual presence to empower amulets posthumously. His Miracle Powers are Legendary, with so many stories of Miraculous events related to this Monk, who has seen the Reign of Five Kings in his Lifetime. 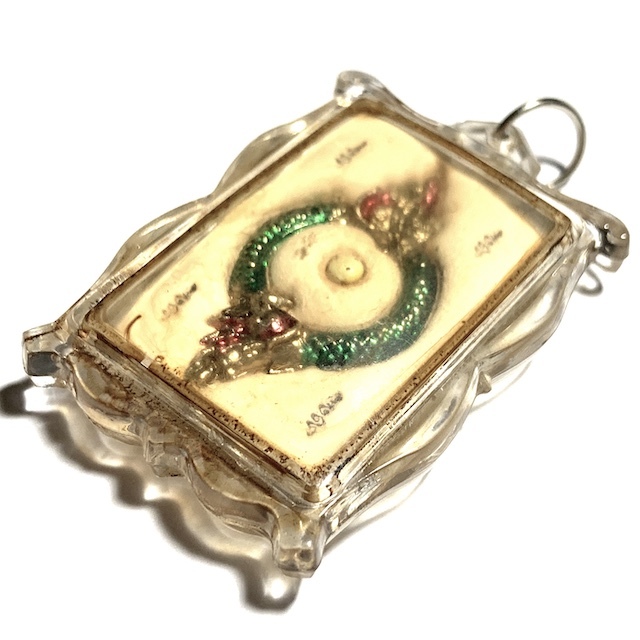 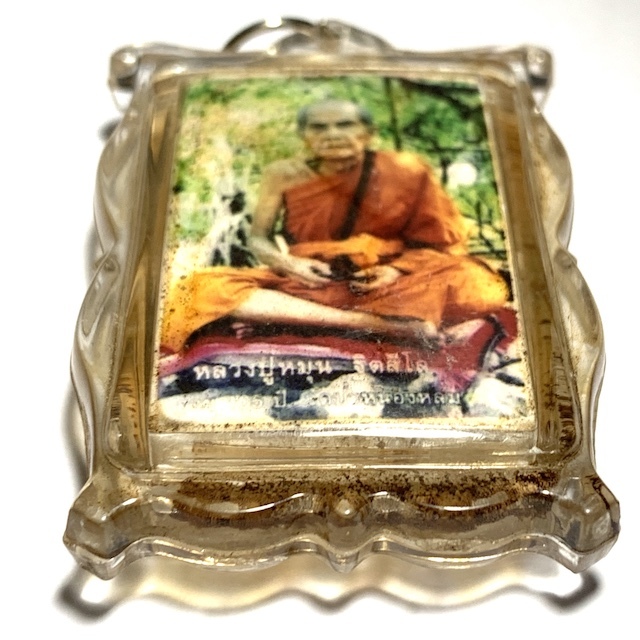 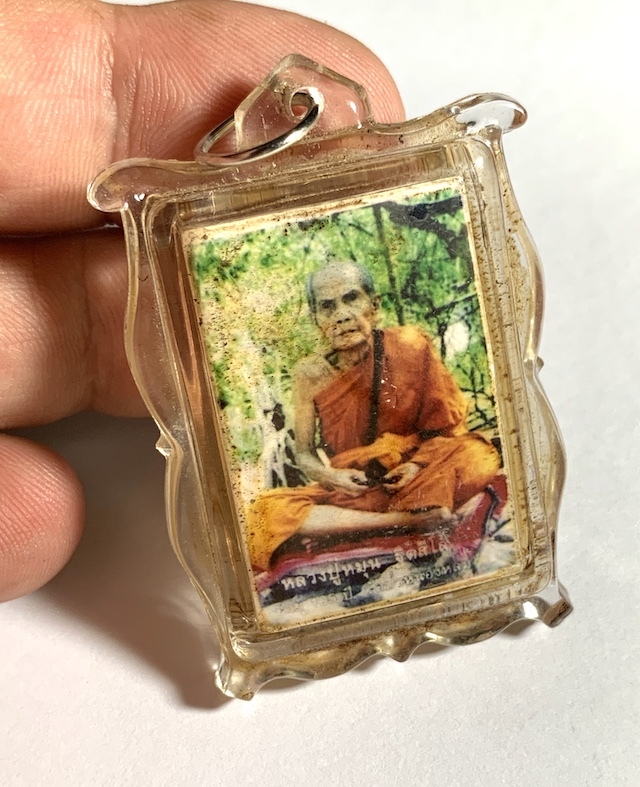 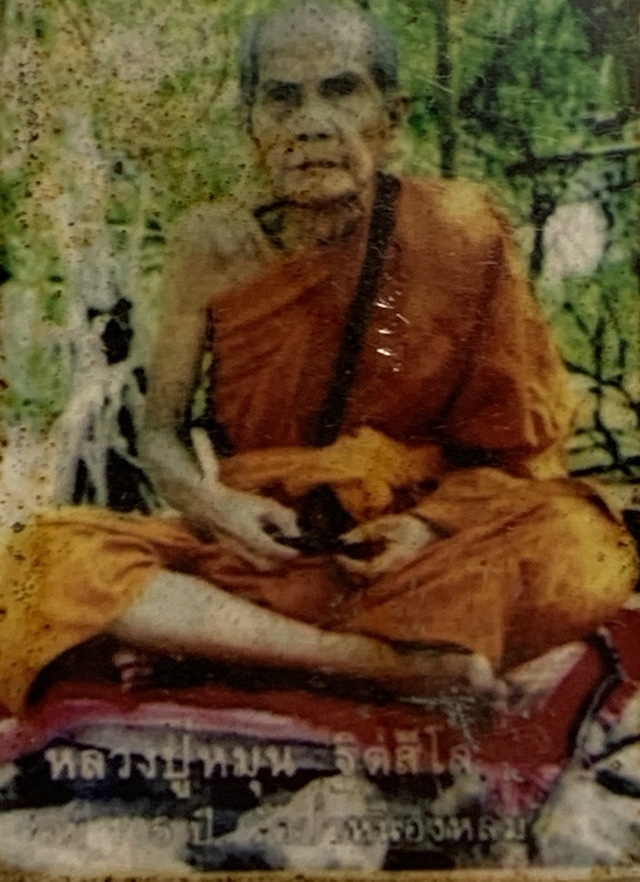 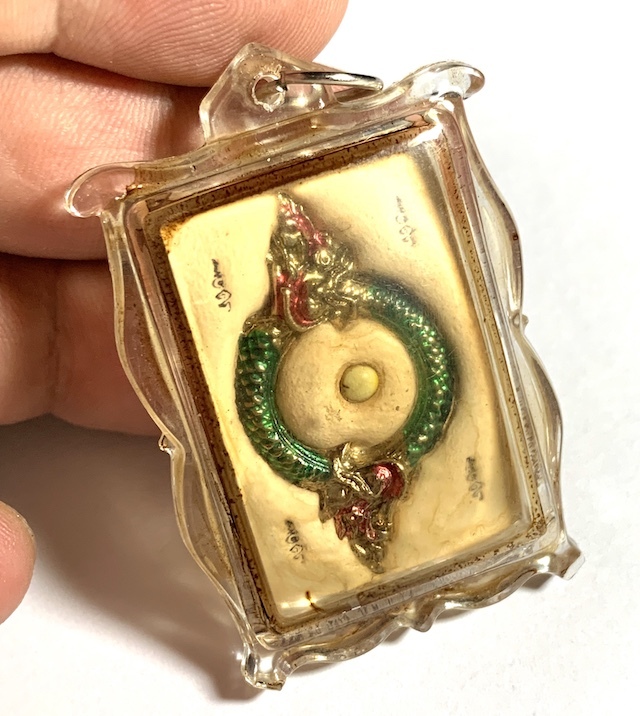 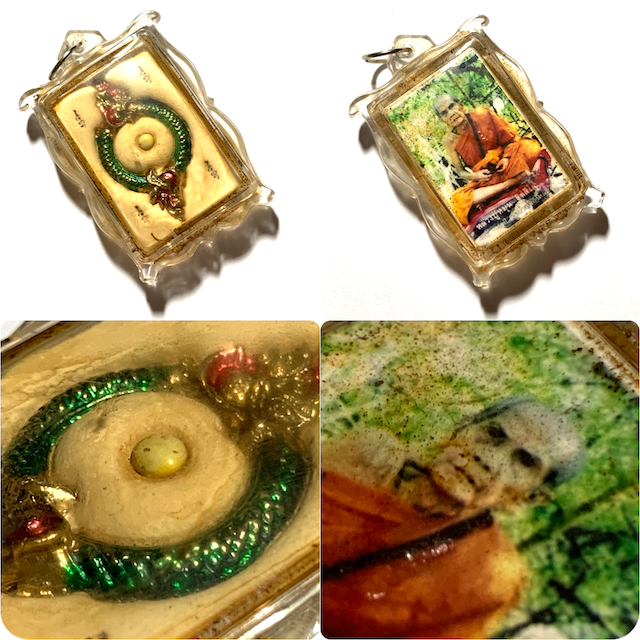