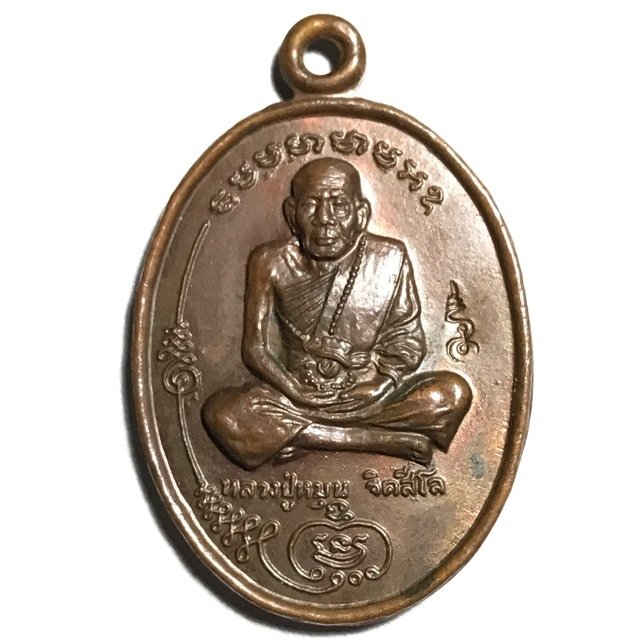 The edition was made in 2542 BE, and donated by Luang Phu Hmun to Pra Maha Pin, the abbot of Wat Ban Jan, after performing a 3 month 'Traimas' empowerment session to imbue the amulets with his powers. Part of the proceeds went to help build an Uposatha shrineroom at Wat Don Na Rang in Buriram. 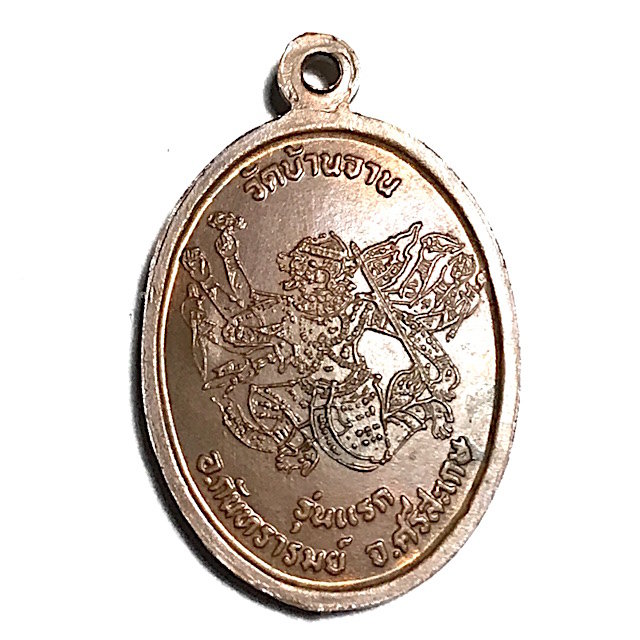 He performed a final empowerment in Buddha Abhiseka ceremony (Putta Pisek), on 15th October 2543 BE, to empower the amulets with the Wicha Saton Glab Mont Pragan Reflective magic spell, which says that all who think ill or have ill intentions, or harmful plans against the wearer, will have their plans backfire on them and be reflected back on them. Luang Phu Hmun himself stated this, that all those who have ill intentions to the wearer will be curséd. 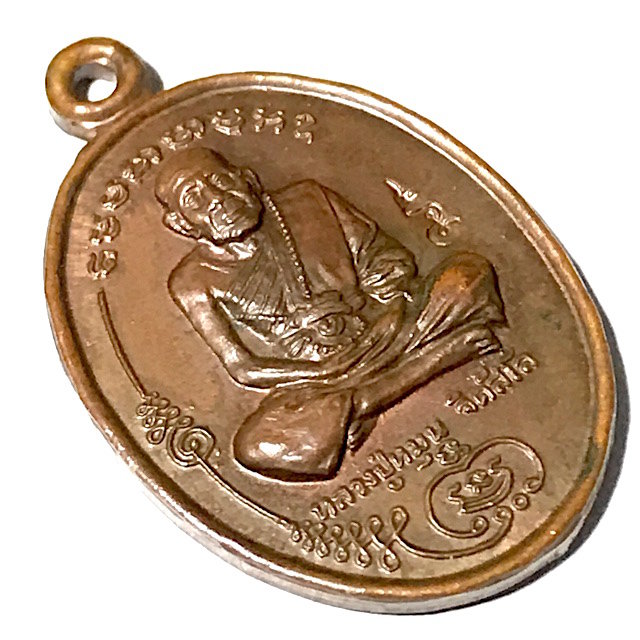 The rear face of the coin bears the Yant Hanuman Chern Tong Hanuman waving battle flag Yantra, which represents Victory in one's endeavours. Even the great Luang ta Maha Boowa is known to have said that 'Anyone who seeks amulets with true psychic powers, should seek out Luang Phu Hmun or Luang Por Guay'.

Before he passed away, Luang Phu Hmun told his devotees; "My amulets were made with my own efforts, and anyone who possesses one will have their luck and fortunes revolutionised and increased, and you will never be poor, so long as you conduct an honest and ethical profession - if you keep the precepts, and do good deeds, my amulets will bring you success and favour'. 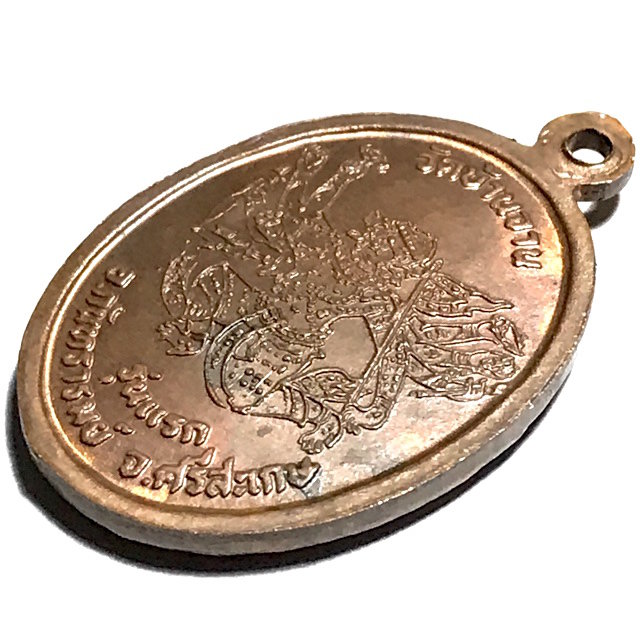 Luang Phu Hmun was a Maha Thaera Guru Monk of great age and who recieved Great reverence and Respect from the people of Tambon Jan for his Diligence and Purity in practicing the Vinaya as a Buddhist Monk. His predictions and instructions for ceremonial empowerment of amulets after his physical death, have been followed to the letter since his passing, for he gave special instructions to inform as to when and how he would return with his spiritual presence to empower amulets posthumously. His Miracle Powers are Legendary, with so many stories of Miraculous events related to this Monk, who has seen the Reign of Five Kings in his Lifetime. Luang Phu Hmun's amulets are now very hard to come across. 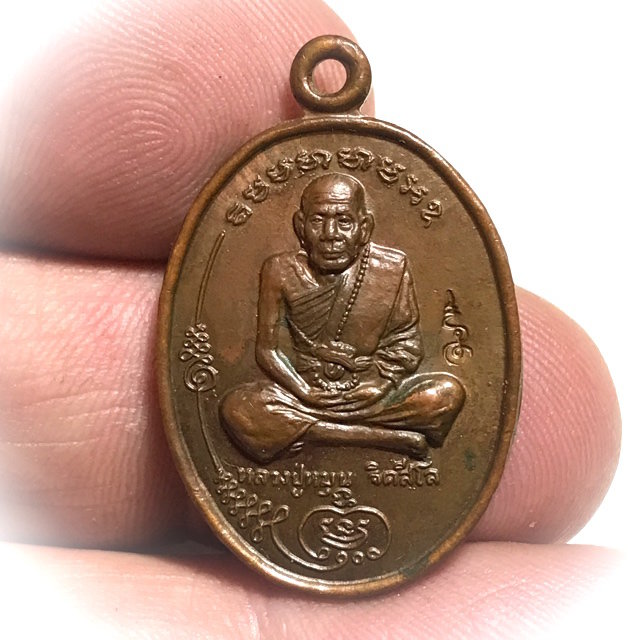 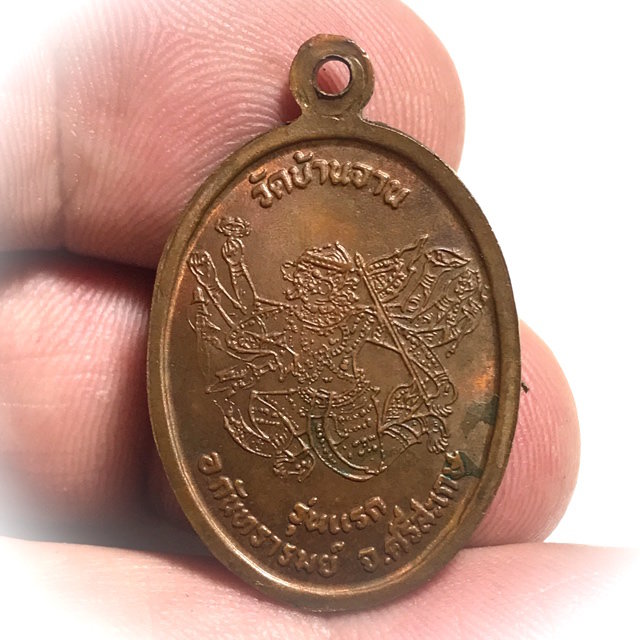 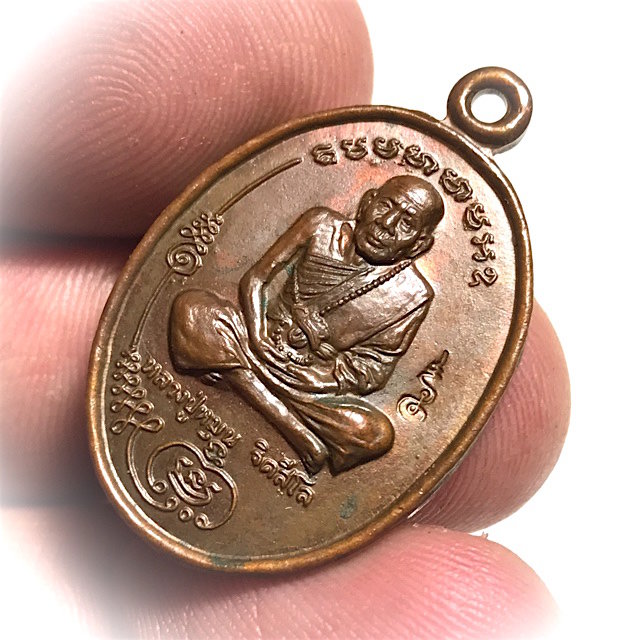 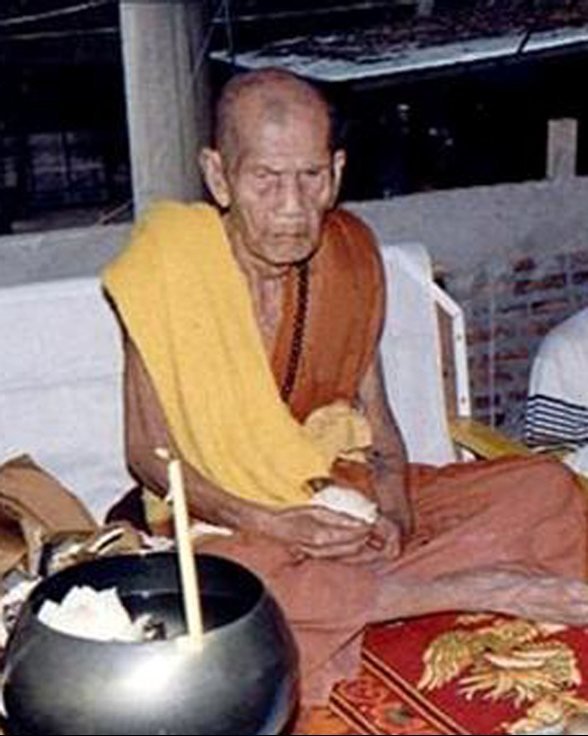 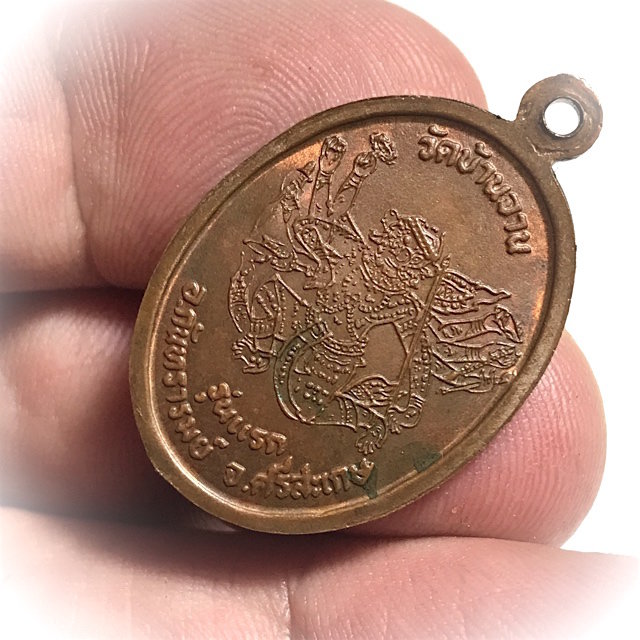 This amulet is an extreme rarity and is in pristine condition and highly eligible for show in competition. Considered extremely powerful reflective magic for protection against all physical and supernatural dangers. A top class Sacred Amulet from this legendary miracle monk, and one of the most well known amulets of his pantheon. A true Pra Niyom amulet of Master Class, for devotees and aficionados of Luang Phu Hmun Tidtasīlo's amulets, to treasure and wear with confidence of safety and good fortune. 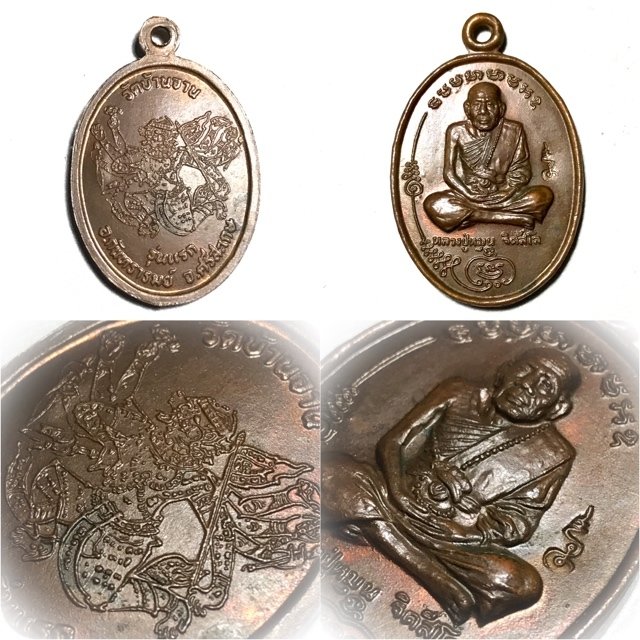