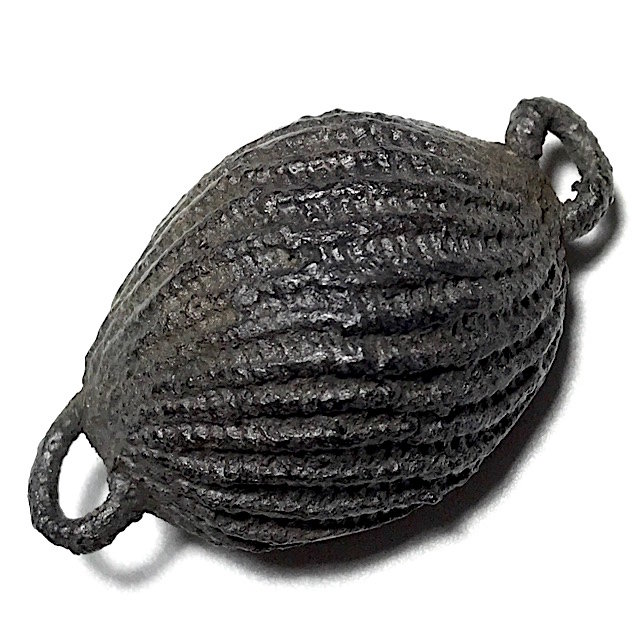 The Bia Gae of Luang Phu Rod (Wat Nai Rong), is one of the legendary Ancient Talismanic Charms of Historical fame, and classed as one of the members of the 'Benjapakee' Top 5 Bia Gae amulets of all time. This Bia Gae is estimated made around 2470 BE, and is a Talismanic Charm (Krueang Rang), which is imbued with a multitude of different powers, ranging from protecting against all curses and evil forces, Black Magick, Ghosts and demons, to Evade Deadly Accidents, Heal Illnesses, and to Prevent Poverty and Attract Wealth and Treasures.

This Bia Gae has the option of Waterproof Casing or Solid Gold Custom Casing, but we recommend leaving it in its original state, and also advise that if you choose Gold Casing, due to the large size of the amulet, the price would be relatively high for the quantity of gold needed 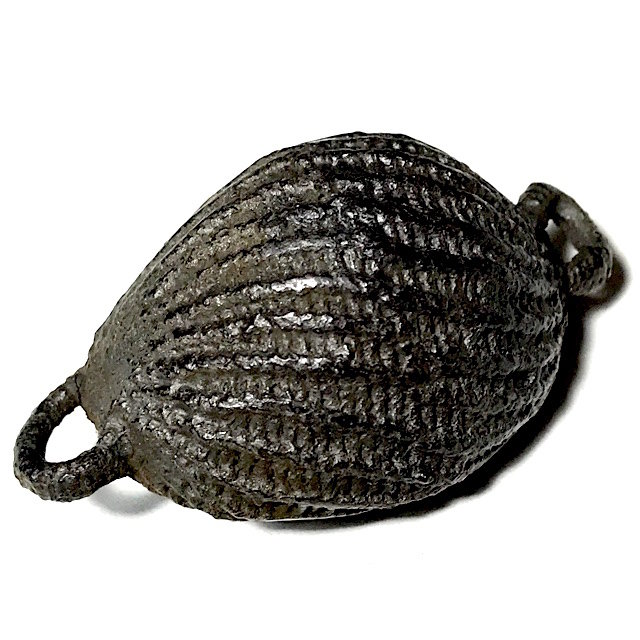 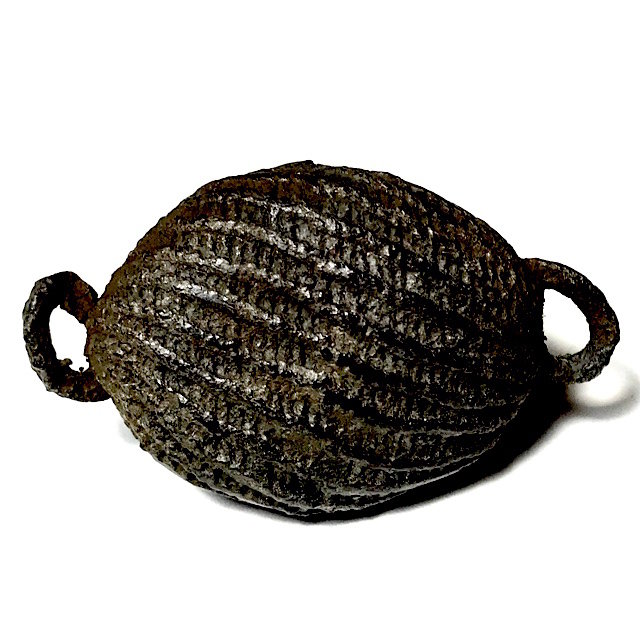 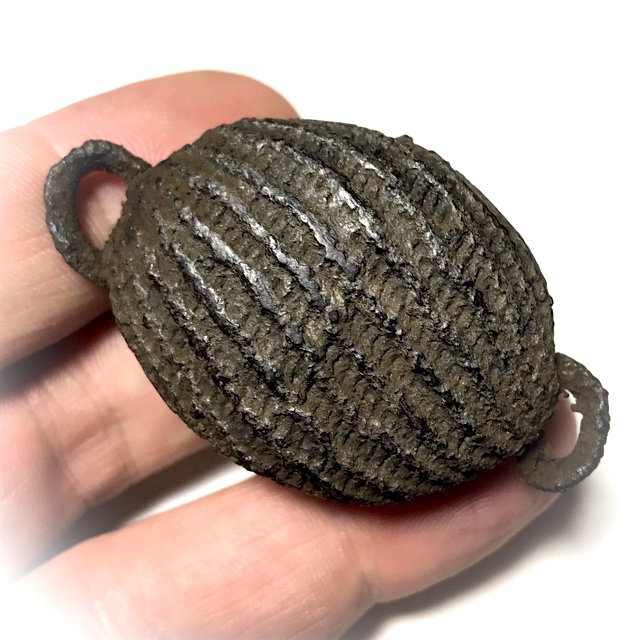 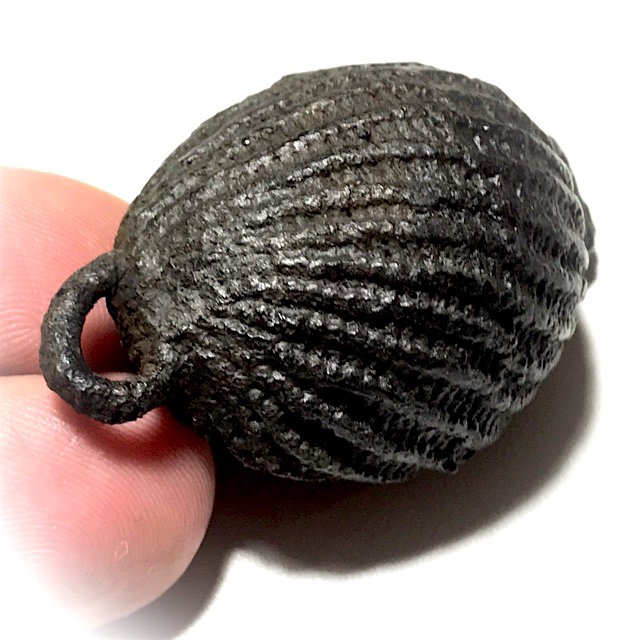 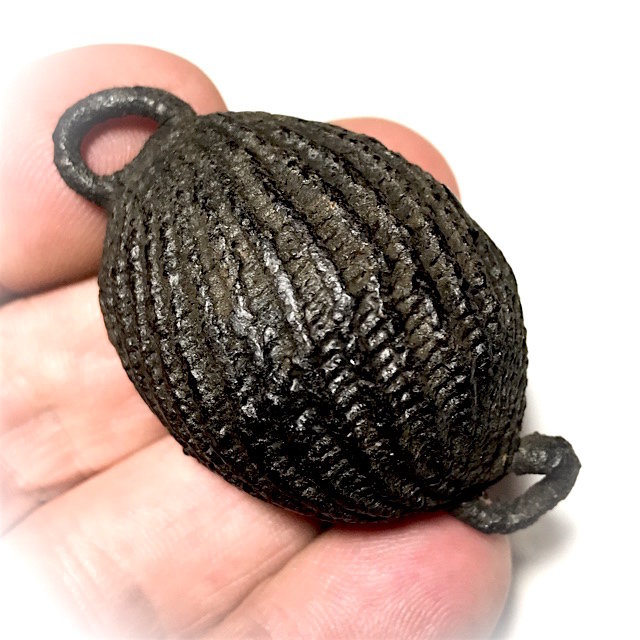 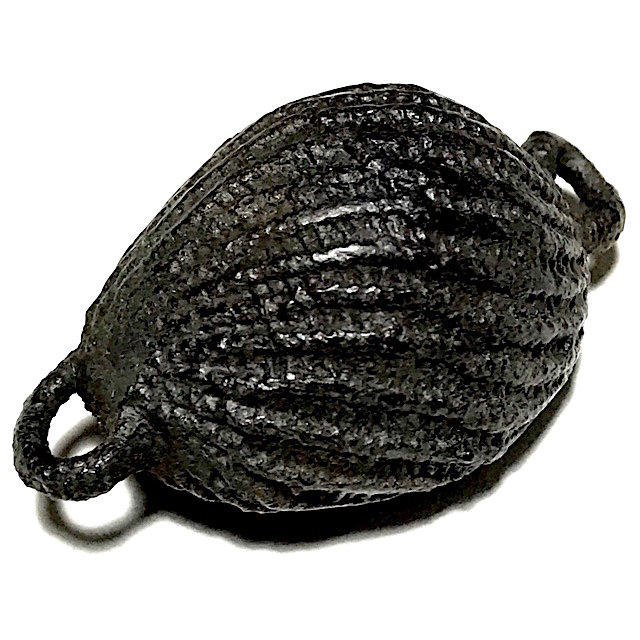 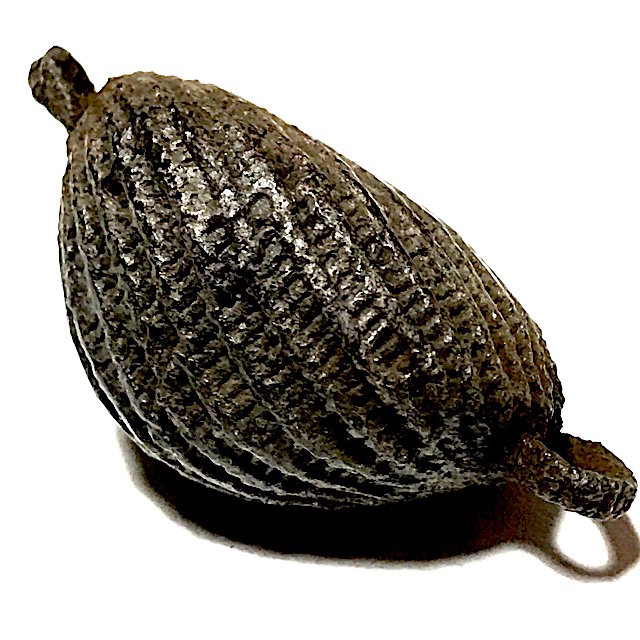 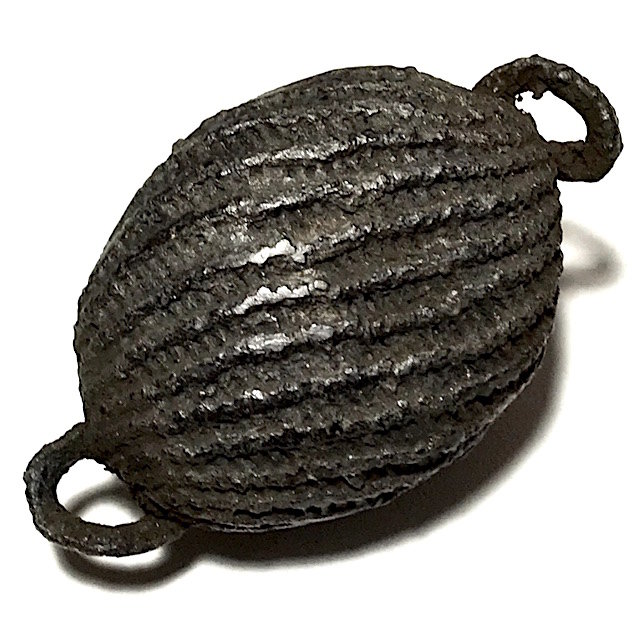 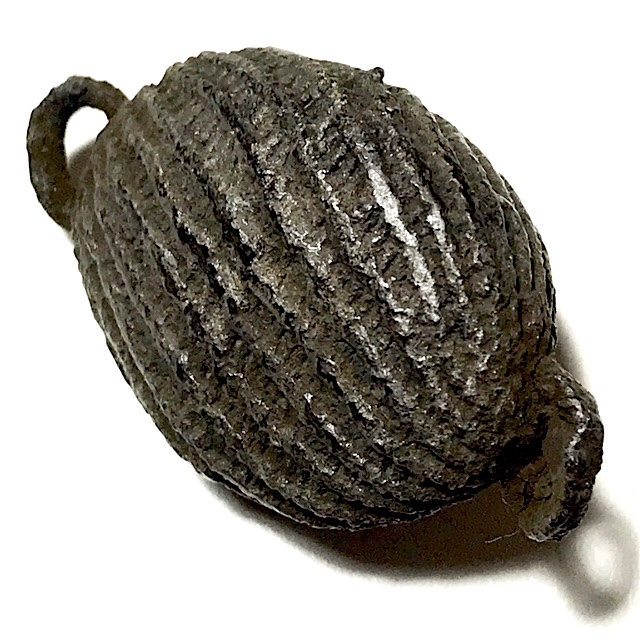 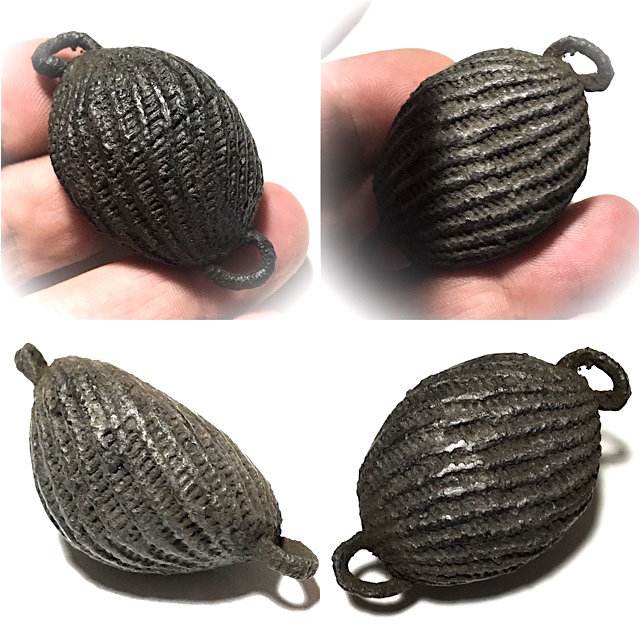