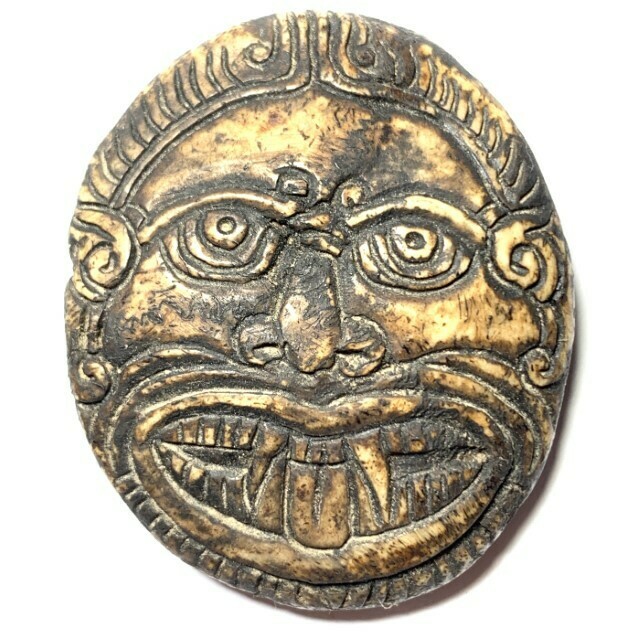 04211
$999
Out of stock
1
Product Details
Temple: Wat Tung Man Dtai
Year of Issue: Circa 2460 BE
Maker of Amulet: Kroo Ba Nanta Nanto Bhikkhu
Weight: 20 Grams
Recommended Uses: Improve Fate and Fortunes, Increase Status and Professional Success, Anti Black Magic, Auspicious Horoscope.
Number of Amulets Made: Kroo Ba Nanta only made individual Rahu Amulets by himself, one at a time
Size of Amulet: 5 x 4 Cm
Material: Skull Bone
Additional Info: An extremely rare amulet from one of the Greatest Lanna Masters of Olden Days, whose amiulets coount among the most difficult to encounter anywhere. Highly Recommended for those who adhere to Necromancy, and Gamblers.

One of the rarest individual hand made ancient amulets of this Great Lanna Master, the Ban Neng Phii Lu Lanna Thai Ghost Deity, skull bone carving with an ancient and exquisitely filigrain carved details of the face of the Phii Lu, with tongue extended, visibly carved by one of the preferred Master Looksit Artisans of the Guru, and hand inscribed with the Wicha Phii Lu, by Olden days Lanna Master Guru Monk Kroo Ba Nanta Nanto Bhikku, of Wat Tung Man Dtai, in Lampang. 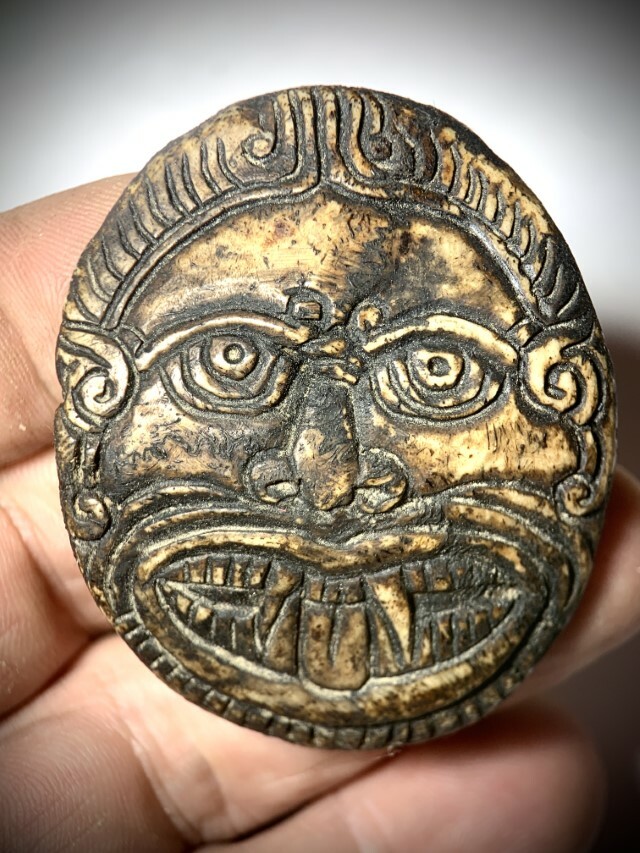 Kroo Ba Nanta was the Kroo Ba Ajarn of Kroo Ba Lerd, of Wat Tung Man Dtai. Ban Neng Skullbone carvings are now truly a global rarity, and can mostly only be found as antiques from the Ancient Masters, althrough some years ago many lay masters began to revive the practice, which rose the attention of the government who noticced people beginning to become grave robbers to obtain skulls for making Ban Neng, and made a law to forbid the making of new age Ban Neng, and only accept antiques. Anyone now making them these days, if caught, is charged with criminal charges. It is hence very difficult to obtain this kind of powerful necromancy. The rear face reveals the pattern of the interior of a skull-bone, most probably that of a tiger, visible from the inner ridges. 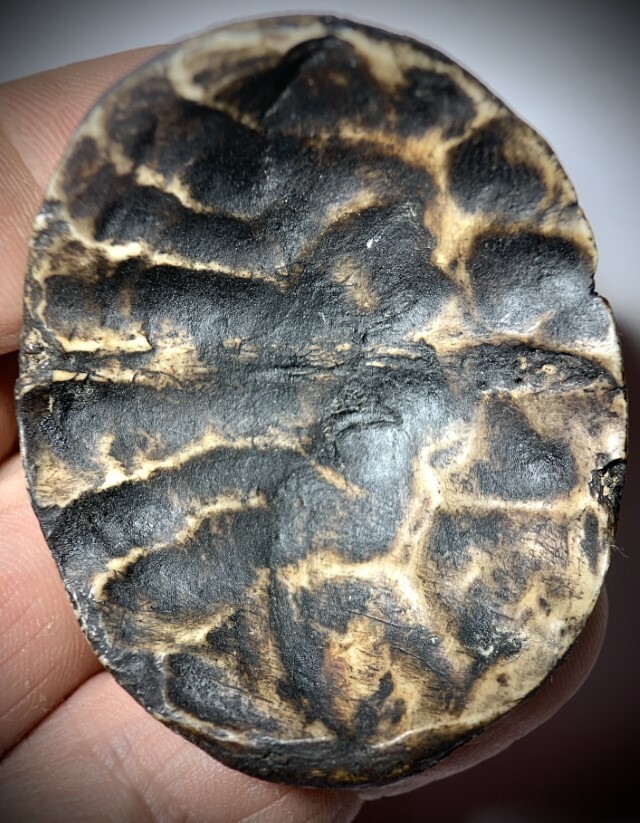 Free Express shipping Worldwide is included with this amulet. The Ban Neng of Kroo Ba Nanta is a very rare thing to come by, and is known for exxtremely powerful magic for Maha Lap and Maha Pokasap, Wealth and Treasure accumulation, Gambling to convince the Ghost of the Gambling Dens to Gaze in your Favor, and for Maha Sanaeh Power of Attraction to Seduce. This kind of Ghost, and of course all Ban Neng Forehead Bone Carvings, are highly revered by Business Owners and those who are in sales, as well as those who seek to turn their fate around with lottery wins or lucky windfalls. Kroo Ba Nanta was one of the Greatest Lanna Masters in Living memory, before whose time, little is known of the names of the Masters who lived, so long ago was his Era. 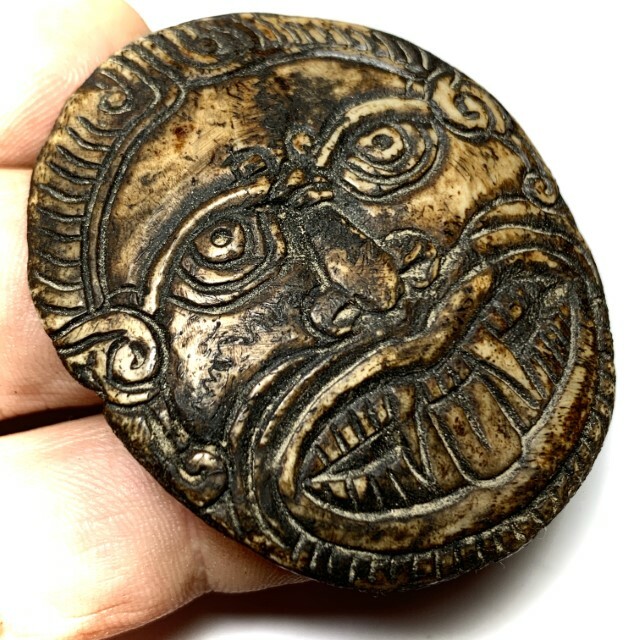 Because of this, and his constant absence on forest Tudong wandering, it is not known when Kroo Ba Nanta began making Amulets, nor how many he made, except that old people who lived during his time, say that he had made them as long as they could remember. Many different shapes and forms of amulet can be found, but only the well trained eye can recognize his style of art, and when found, the inscriptions, and the natural ageing process of the coconut shell, ivory, bone, wood or sacred powders he used to make the amulet. 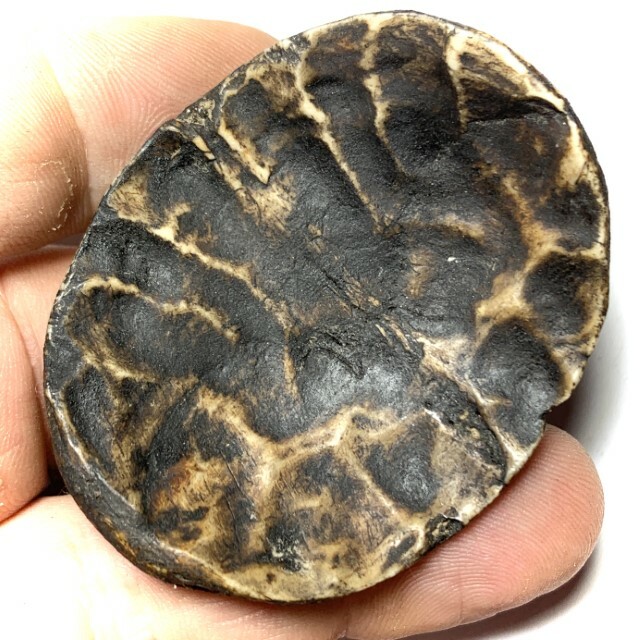 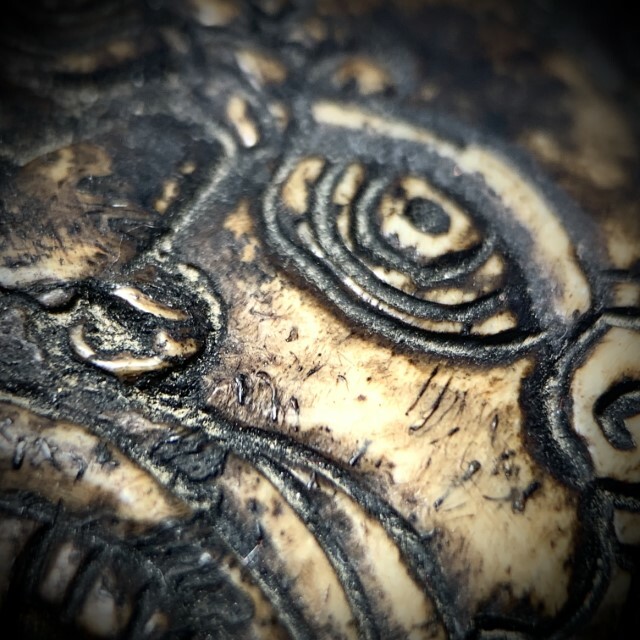 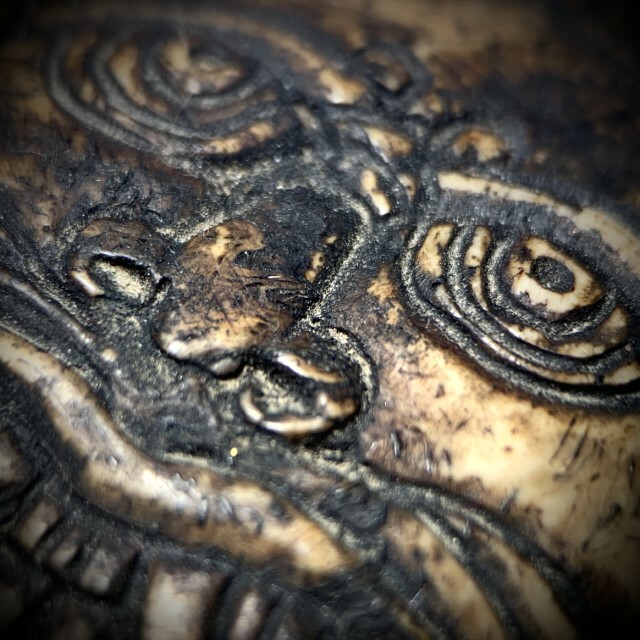 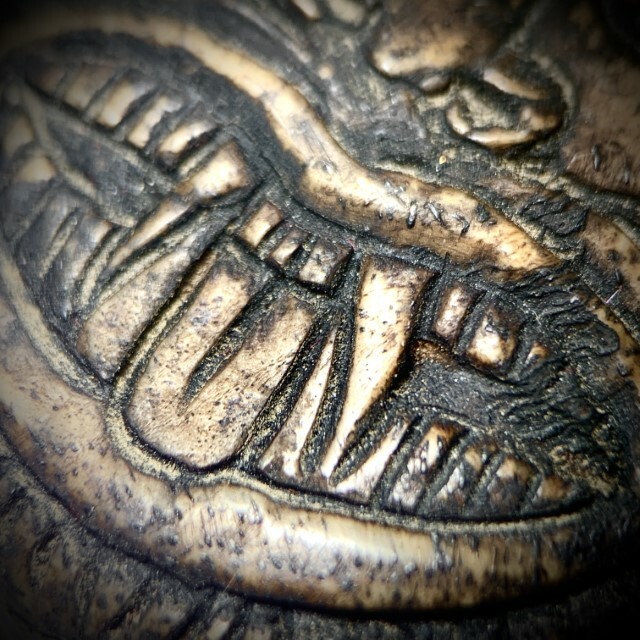 It is said, that during the times of great difficulty of the Monk Kroo Ba Srivichai, as Kroo Ba Srivichai was placed under house arrest, that Kroo Ba Nanta made a Pra Rahu Kala Ta Diaw Amulet to pray to for the release of Kroo Ba Srivichai, and that he was released shortly after this. For this reason and for the experience of devotees, the Pra Rahu amulets of Kroo Ba Nanta are perhaps the most world famous of all his amulets.His Thai Lanna animist ghost charms are as little known, as the names and numbers of the numerous different Thai Ghosts found in folklore, number in the hundreds. 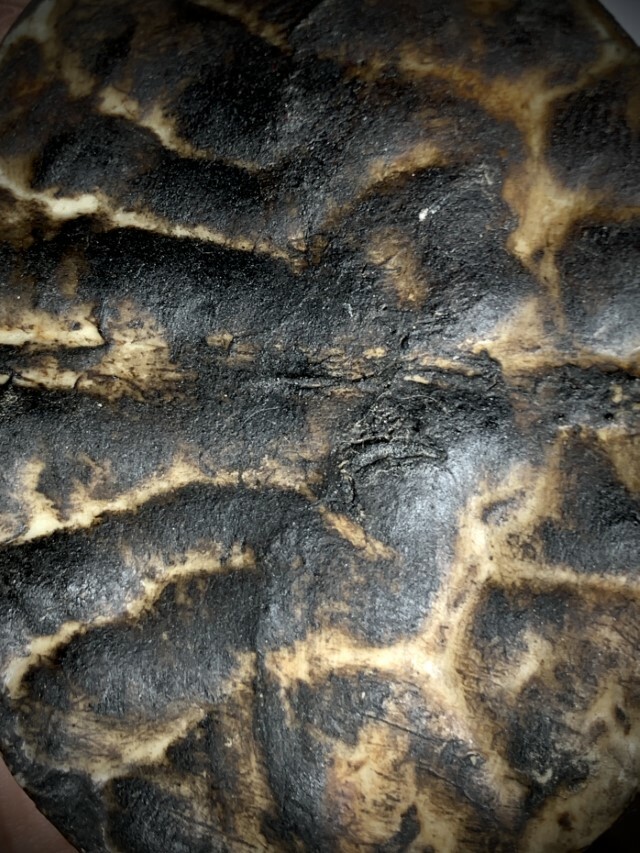 If you live in a condo or a place that is difficult to burn incense, you can either just use 5 sticks in the home (open the window if smoky), or use aromatic oil burner, as the numerology is not absolutely necessary. rather, it is necessary to make an effort to invite, welcome and make offerings of goodwill. What is in your heart is what matters more than the details of the ritual, but we document the full methods for those who both have the premises that allow it, and who enjoy performing the full form of ritual magick. However, one can keep it more simple if the heart is in the right place. After the first welcoming ritual, only one stick of incense only is needed when praying to the Phii Lu, being a Prai Ghost. 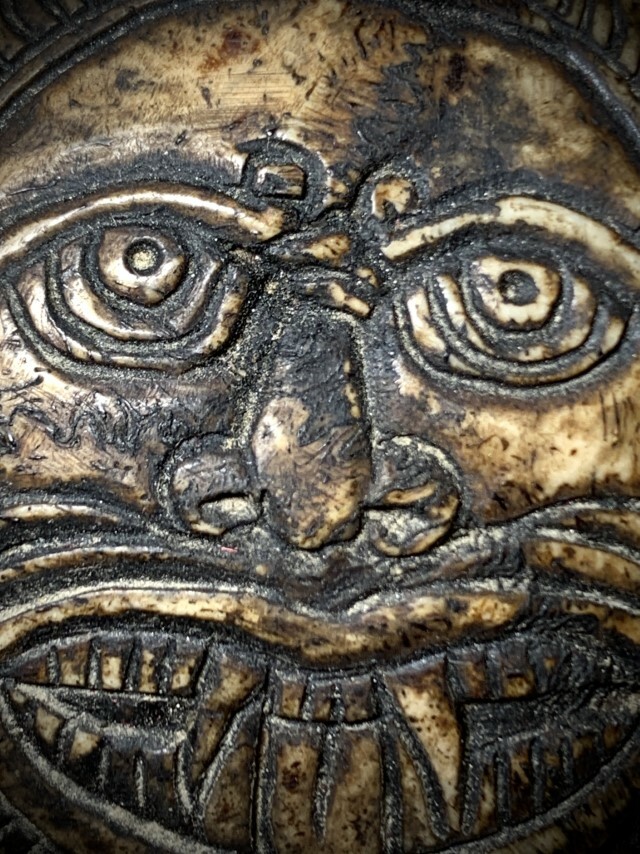 You can use this Incantation for all kinds of Phuudtaa (Bhuta Ghosts) and Hun Payont type animist charms, to awaken the spirit to assist when needed, chanting it either out loud, or silently within before approaching someone to use enchantment 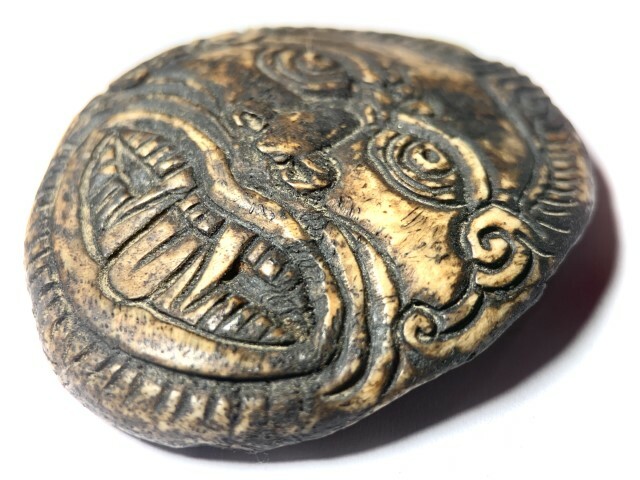 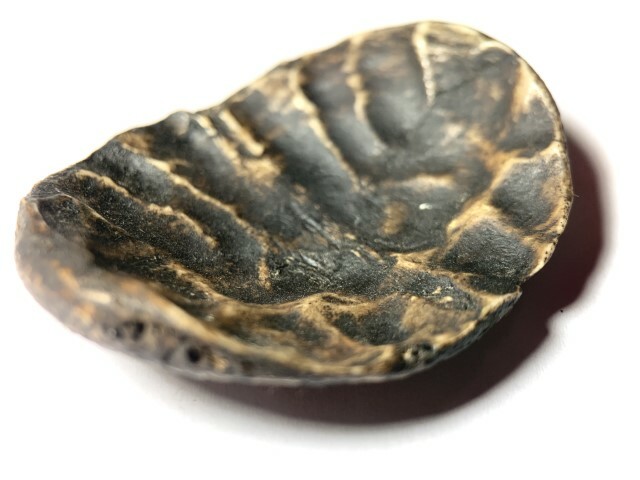 Kata for giving food and offerings 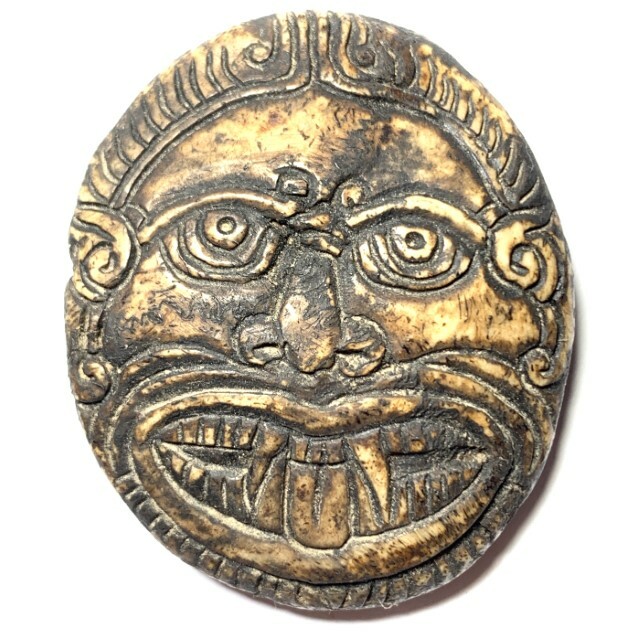 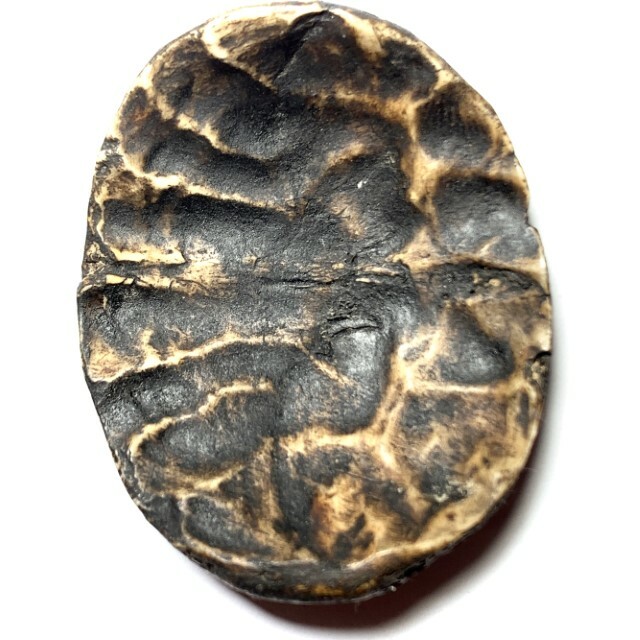