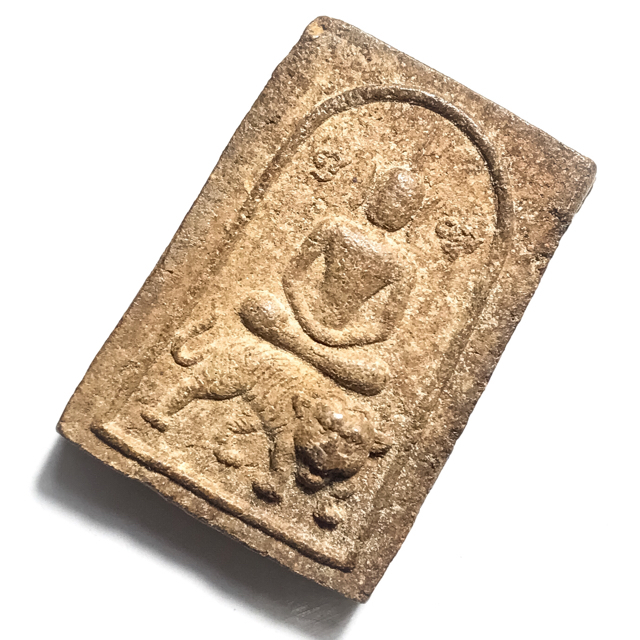 A most pristine and attractive amulet, with the Sacred Protective Blessings of Luang Por Un, and the famously Powerful Maha Amnaj, Serm Duang, Serm Yos, Metta Maha Niyom, Maha Pokasap and Klaew Klaad Power of the Pra Somdej Khee Suea Buddha Riding a Tiger Amulet, from the Year 2522 BE.

The Pra Somdej Khee Suea Muan Sarn Sacred Powder amulet is very rare and highly sought after preferred Pra Niyom class amulet of the Pantheon of Luang Por Un, only 3000 amulets ever having been made in Nuea Pong Puttakun Pasom Ittijae in this 2522 BE Edition. Known for its high quantity of Pong Puttakun and special Pong Ittijae powders from the Great Luang Por Gaew, of Wat Kruea Wan, which Luang Por Un mixed into the Muan Sarn. 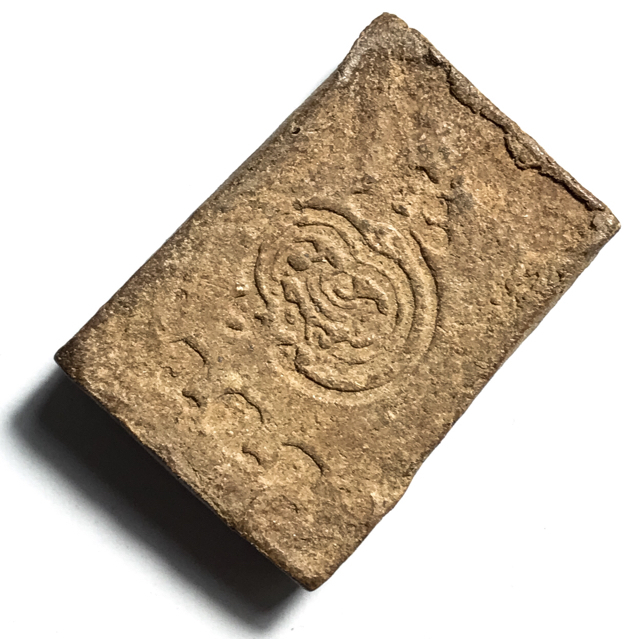 The Pra Somdej Khee Suea has become one of the most highly sought after amulets of Luang Por Un, along with the Pra Somdej Hmen, and his famous 'Rae Prohm Changae' Alchemical Kayasiddhi substance amulets. This amulet is seen with two different kinds of Yantra on rear face, mostly with the Yant Bai Pat three knots Yantra, bvut this model has the rarer Yant Putsoorn on rear face. 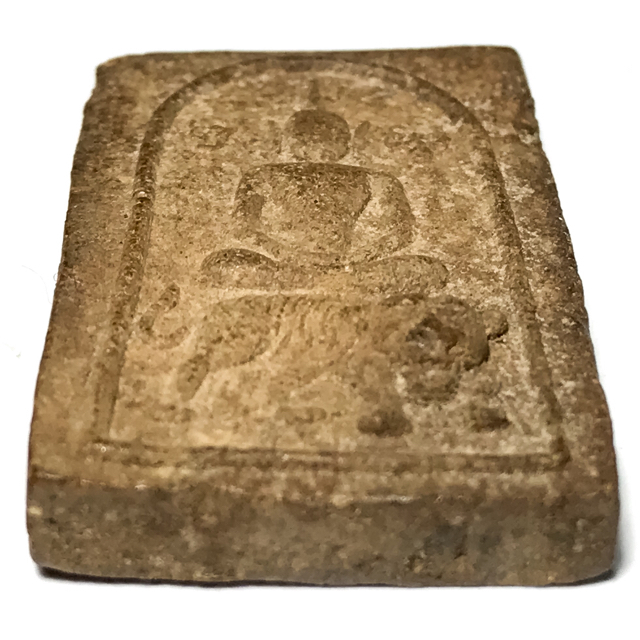 Featured many times in magazines and documentation encyclopaedic works, the amulet is a world famous classic, and a rare thing to see 'in the flesh' under any circumstances, This amulet is highly regarded for Kong Grapan Chadtri, Klaew Klaad, Serm Yos, Metta, Maha Pokasap and Maha Amnaj Powers. 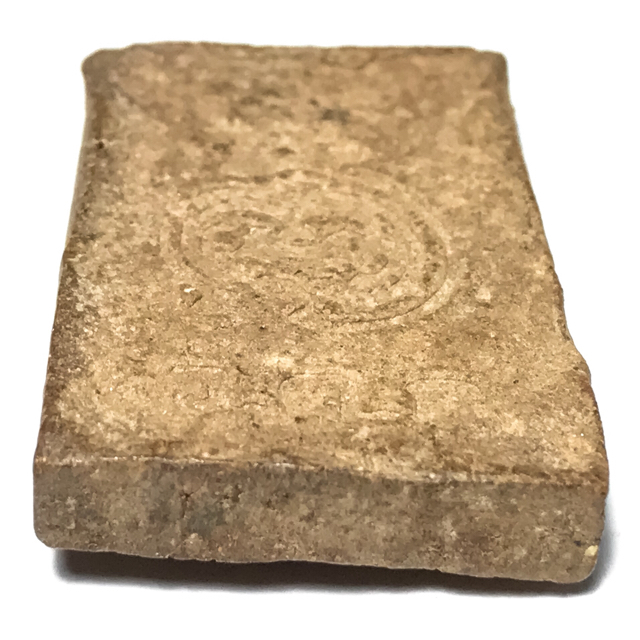 Categorised within the 'Somdej Hmen' (smelly Somdej) group of Muan Sarn Sacred Powder Amulets of Luang Por Un, which are most highly preferred along with his Kaya Siddhi Rae Prohm Changae amulets. 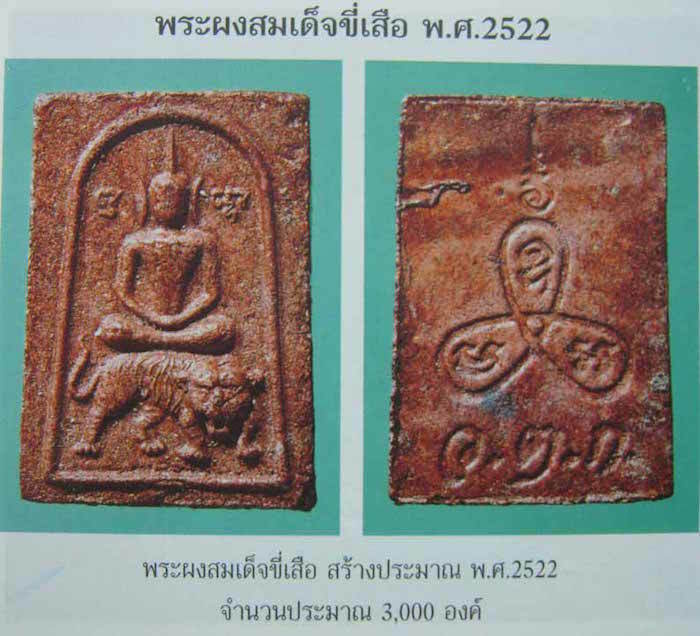 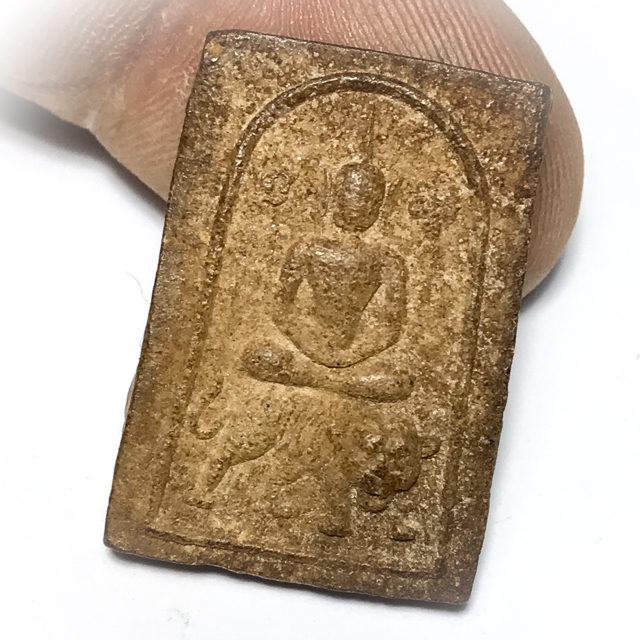 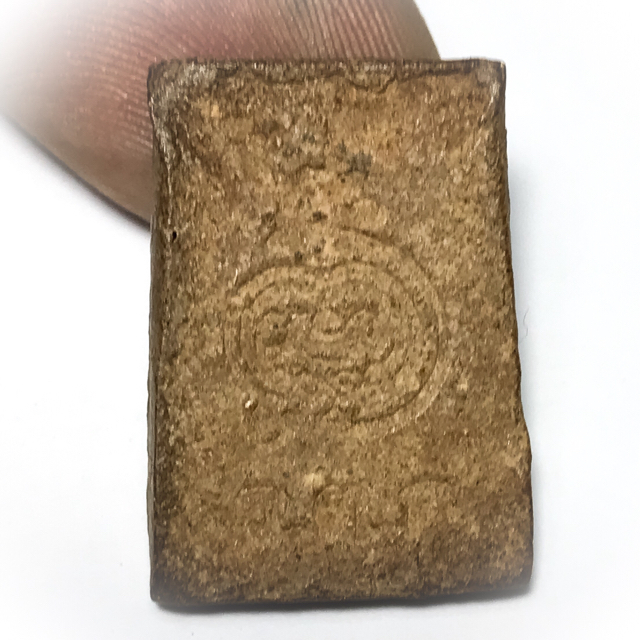 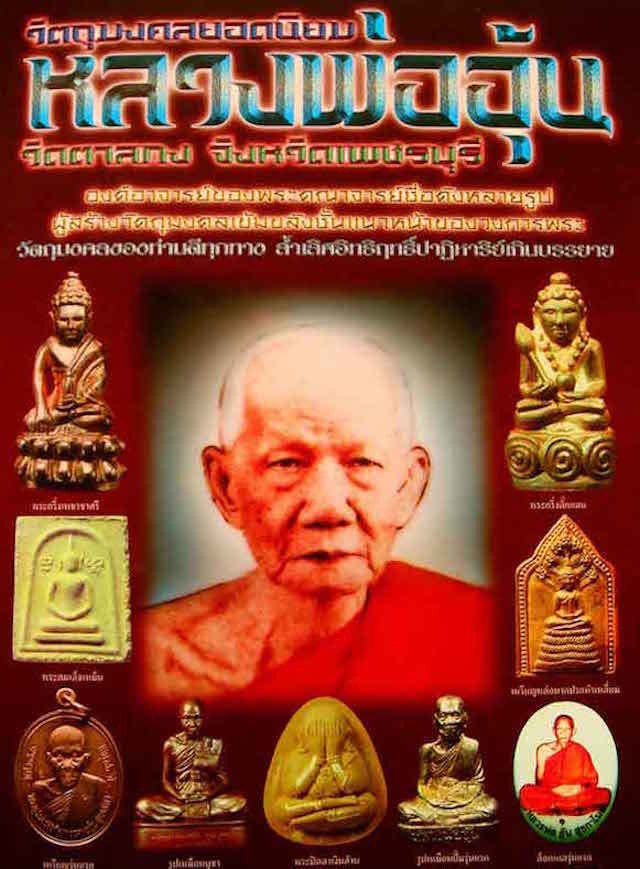 He mastered the Wicha Pong Prapaktra from Wat Nok temple (in Ang Tong). The Wicha Tam Pong Prapaktra is now completely disappeared and not found present in any of the many Dtamra Saiyasart of the various Samnak in Thailand, and only remains in existence with Luang Por Un as the sole Wicha Preservation Master. Luang Por Un gained much fame for various amulets, including the Pra Somdej Hmen (Smelly Amulet), Somdej Khee Suea (Buddha Riding Tiger), and the Putta Chinarat type amulets, 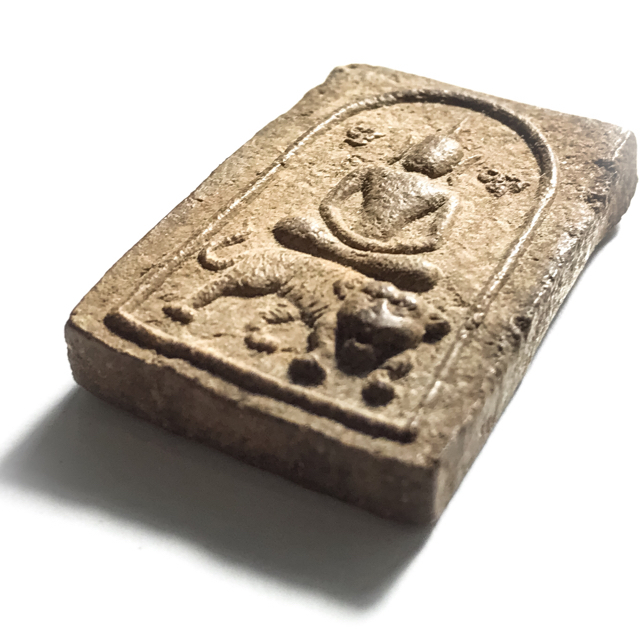 Luang Por Un created a vast pantheon of different amulets, all of which have all gained fame to be included in collector catalogs, of which there are various books dedicated specifically, and solely to documenting the pantheon of amulets of Luang Por Un. HIs alchemical substance amulets in Nuea Rae Prohm Changae are legendary and highly prized by those who find affinity with them. They are considered sacred and powerful not only for the blessings of Luang Por Un, but also for the miraculous Lek-Lai type powers within the mineral substance. 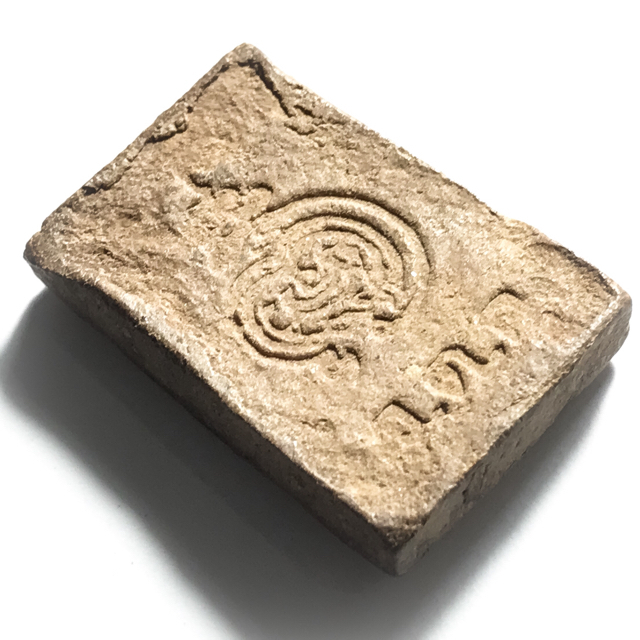 Both the Pra Putta Chinarat amulet, and the Pra Somdej Hmen 2497 BE (Smelly Somdej - see picture to the left), and the Pra Somdej Khee Suea, became very highly sought after, when miraculous stories of Klaew Klaad and Kong Grapan Chadtri began to circulate. One devotee who wore the Chinarat amulet was in a deadly accident where all involved were killed instantly, but the devotee who wore the Chinarat Buddha, was completely unscathed and unharmed. 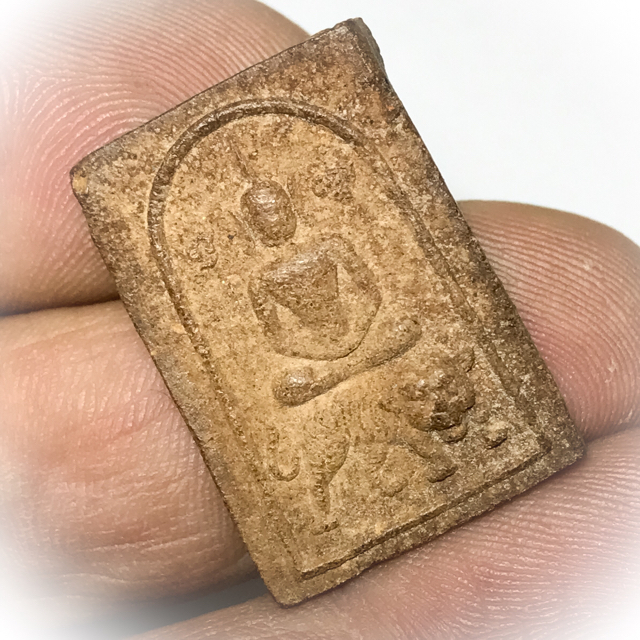 the list of amulets which Luang Por Un has made is so extensive, that at least 3 different full volume catalogs have been made to cover the pantheon, ranging from Pra Kring, 'Rian Kanajarn' Guru Monk Coins, Bua Khem and Upakut Buddha statuettes, Pra Pid Ta, Pra Somdej, Takrut, and Lockets are of the most well known. Perhaps one of the more popular of the Pra Somdej apart from the Somdej Hmen, is the Pra Somdej Hmen Khee Suea (Buddha riding on a Tiger) amulet, and of course his Sacred 'Rae Khao Prohm Changae' amulets. 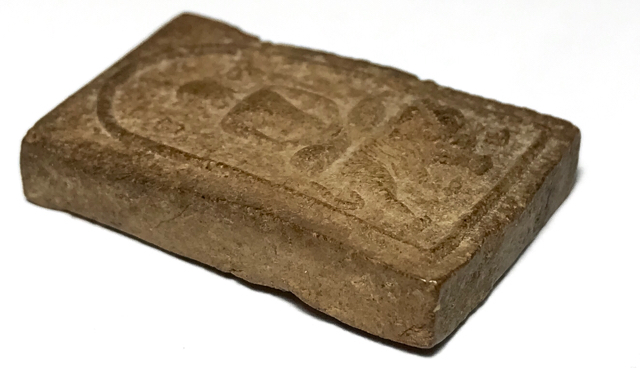 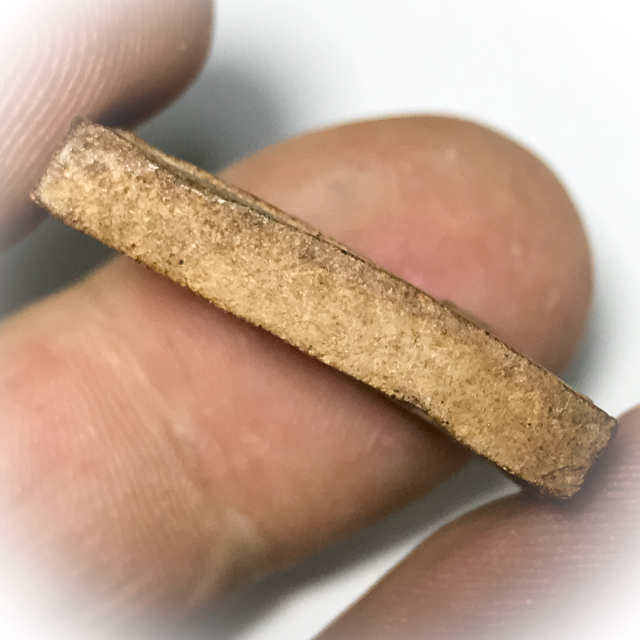 The story of how the Rae Prohm Changae has Kong Grapan Chadtri powers a legend in itself; There was a devotee called Lung Chaeng Into, who went to Wat tan Gong, to makemerit, and saw a bead of Mineral Substance, which attracted his eye, and he asked Luang Por Un if he could have it. Luang Por Un reached out, and gave it to him without hesitation. Lung Chaeng then put the bead of Rae Prohm Changae into his shirt pocket, and begged his leave, and departed from the temple, to go to see doctor Hmor Yaem in the Petchburi Town Market at his clinic for a check-up, and receive his injections. The doctor tried and tried again to inject the medicine into Lung Chaeng's skin, but the needle would not pierce his skin. In the end, he tried so hard that the needle bent. The doctore asked Lung Chaeng if he had any amulets on him, and that if he did, he should remove them. Lung Chaeng then replied 'No i am not wearing any amulets'. 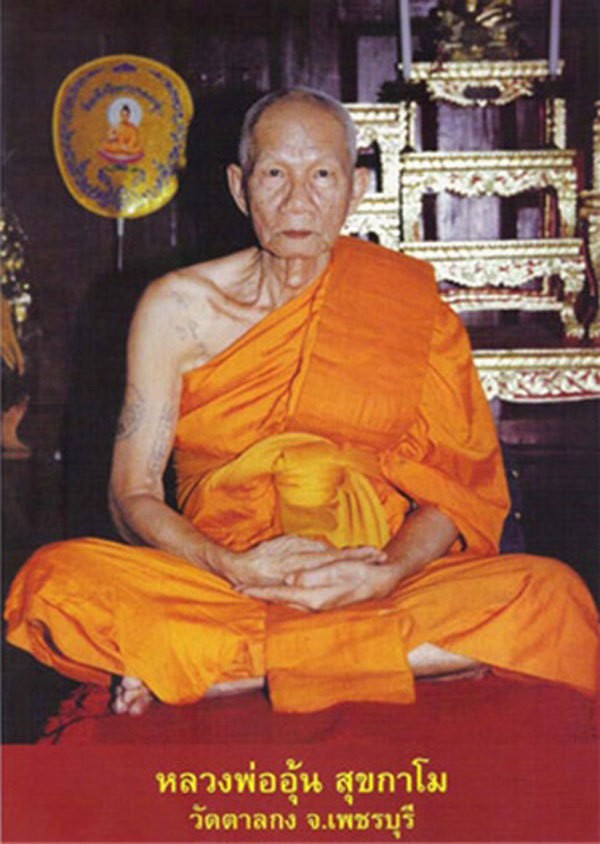 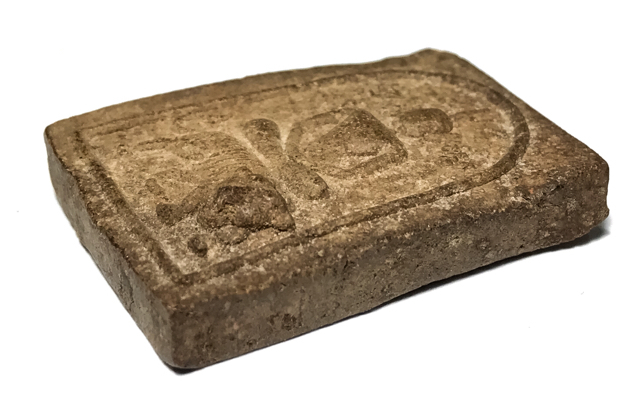 They asked for Luang Por Un to make amulets and bless the substance, because, beforehand, these same relatives had wandered around the area of the caves at Khao Prohm Changae mountain, and collected every bead and piece of the substance they could find. Some of the relatives had gone to the doctor when needing injections and carried a piece of the substance with them. But i seemed that none of them experienced the same mysterious effect as Lung Chaeng. And so it was seen that the substance only worked when Luang Por Un had prepared it and empowered it with his Wicha, and this was how he came to be asked (and conceded) to make amulets from this substance. Luang Por Un is was also a proficient Adept Sak Yant Thai Temple Tattoos Master, with undisputed powers of Kong Grapan Chadtri and Klaew Klaad 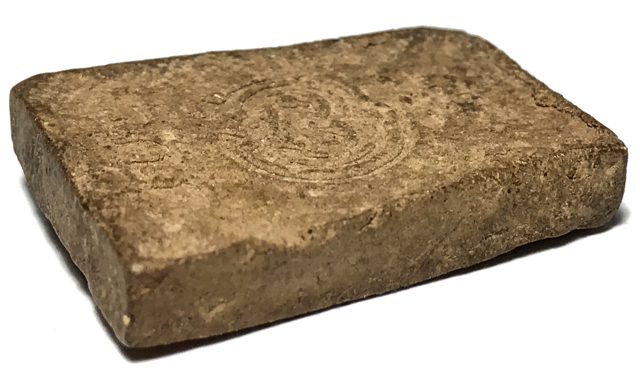 But Luang Por Un gave up Sak Yant, because he saw over time time, that many of those devotees who came for Sak Yant, were selfish and violent people who caused unrest in society. He meditated on this matter and saw that making Sak Yant on them would support their criminal behavior, and was not helpful to the spreading of the Dhamma. He thus retired form making Sak Yant Thai Temple Tattoos completely. But he still performs non-tattooed Yantra Blessings on those devotees who seek the blessing, because the Hooligans and Criminals mostly don't want the kind of blessing that is not an inked tattoo. In this way, he filtered the kind of persons who came for blessings down to those faithful devotees who practice Dhamma and Alms Giving, and Make Merits by keeping the 5 Precepts. 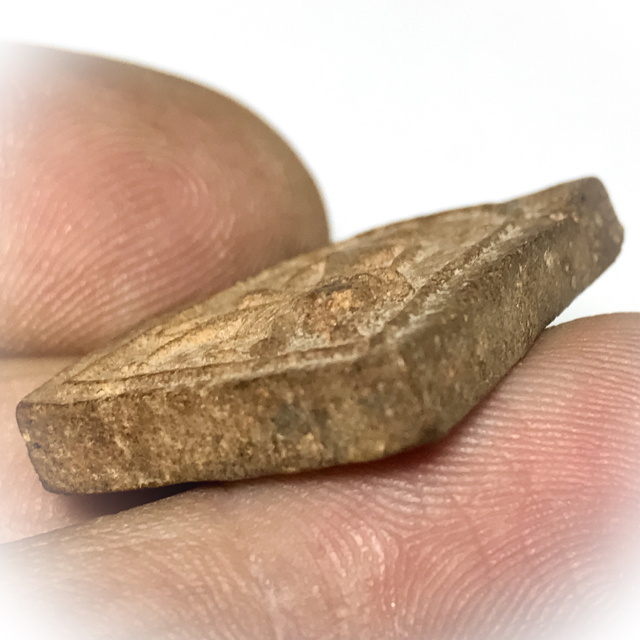 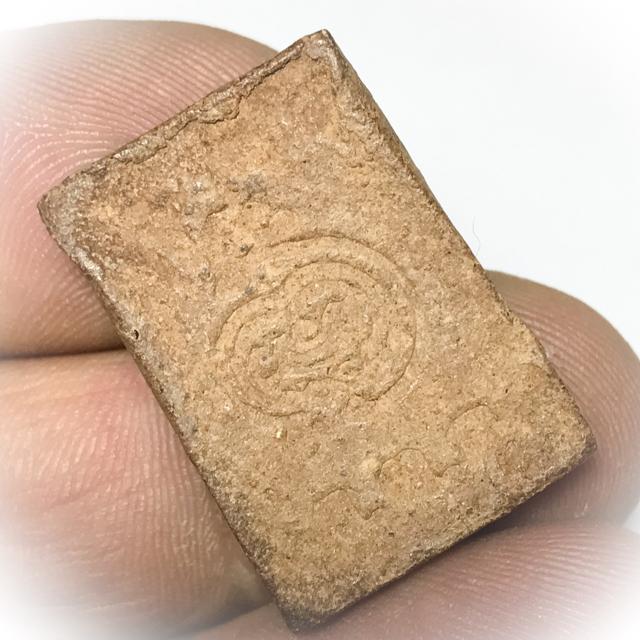 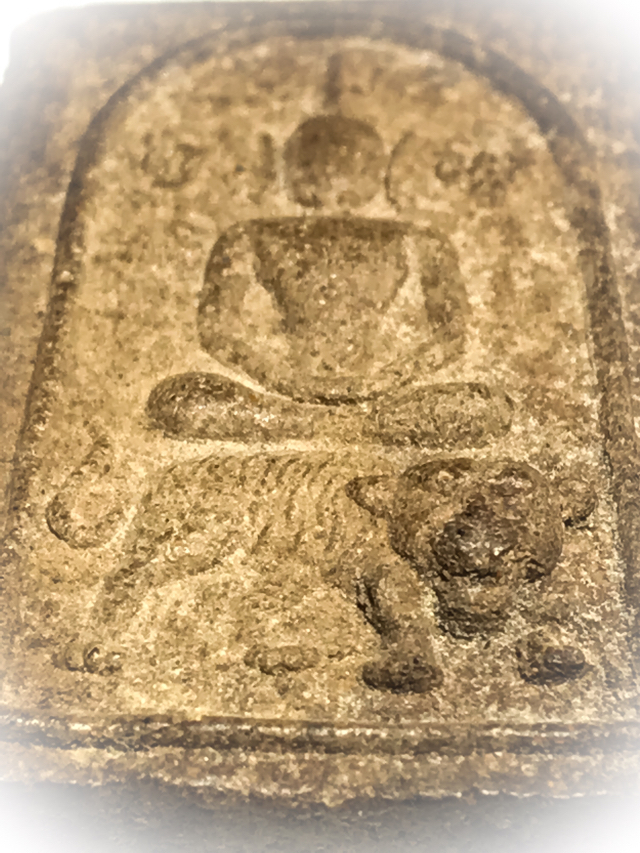 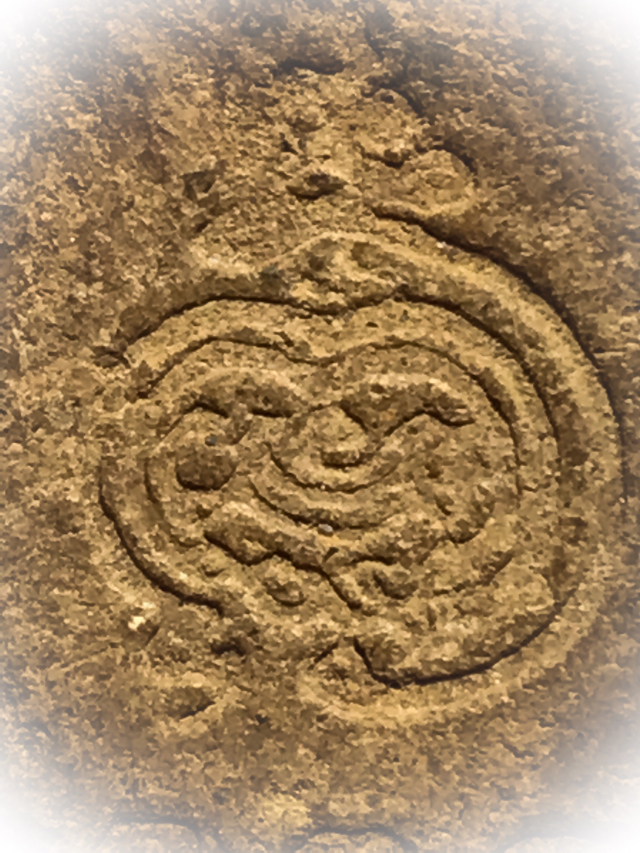 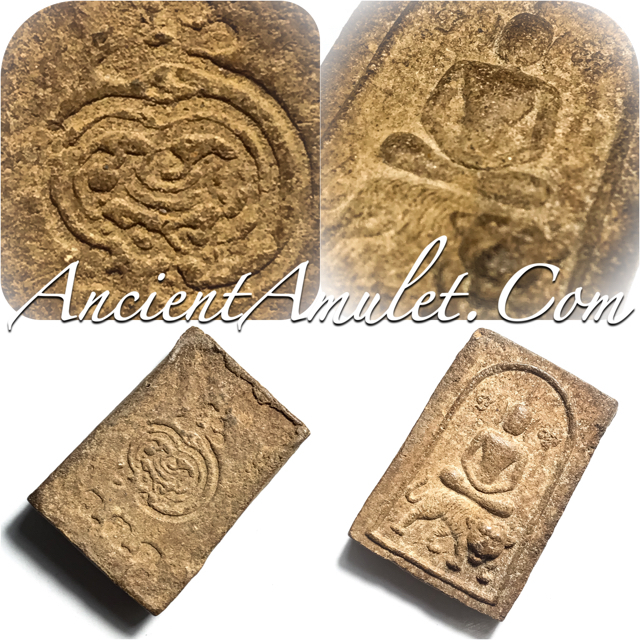