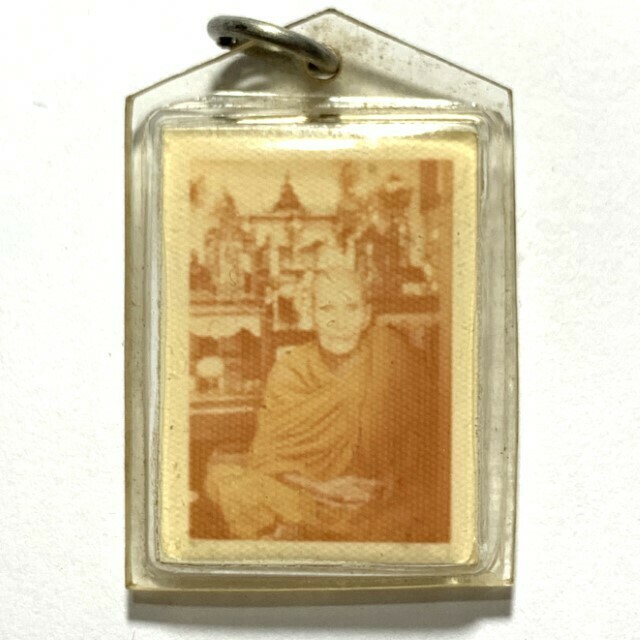 Blessed Guru Monk Photo of the Holy Monk, Luang Phu Gaew Gesaro, accomplice of the Great Luang Phu Tim of Wat Laharn Rai, and maker of the famous Pra Kring Gao Gaew, and the 2514 BE Khun Phaen Prai Kumarn Jiw amulet, so famed for his Kong Grapan Chadtri and Metta Magical Influence. Luang Phu Gaew Gesaro, was a Great Master Monk and close accomplice of Luang Phu Tim Issarigo of Wat Laharn Rai, and assistant in the empowerment of his amulets. The photo is made on old 'Gradat Hnang Gai' 'chicken skin' textured photographic paper 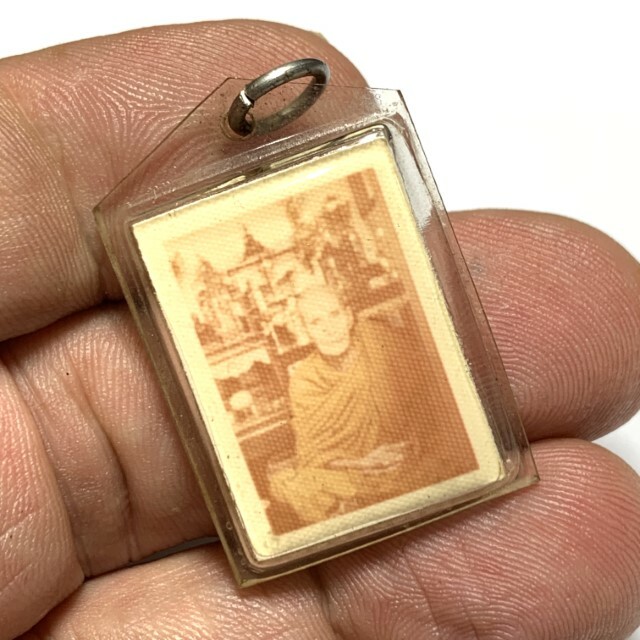 Luang Phu Gaew Himself, was very famous with devotees, for the miracle of multiple recorded photos from different photographers, who made pictures of light energy coming out of his nose, as he empowered his famous Pra Kring Gao Gaew amulets. The miraculous photos which were taken during the famous blessing ceremony of the Pra Kring Gao Gaew, during Luang Phu's traditional performance of the evocation of the 4 Elements. 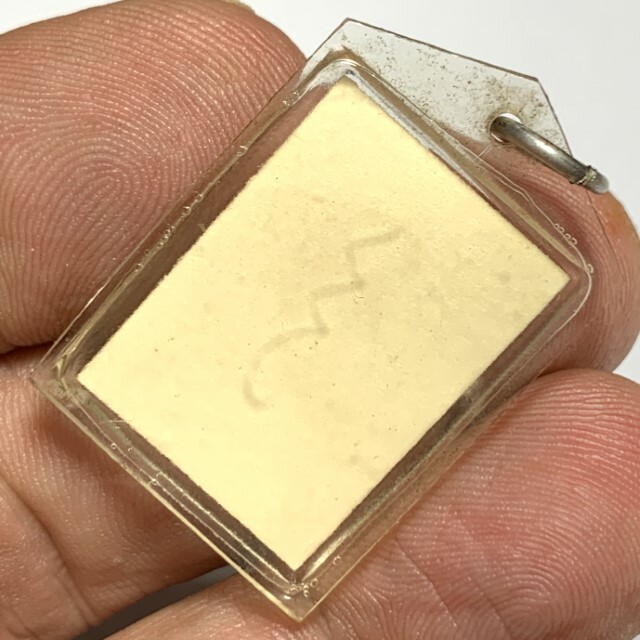 The rear face of the photograph is hand inscribed by Luang Phu, with a Sacred Unalome. Luang Phu Gaew was accomplished in Sunyatta Citta (the realisation of emptiness) which is the highest realization that empowers the Miraculous Control over the 4 elements. Indeed, all things in this Universe, including all the elements in the table of elements. 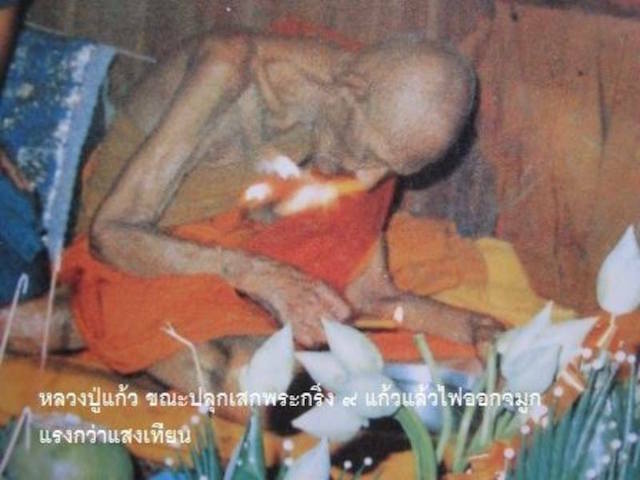 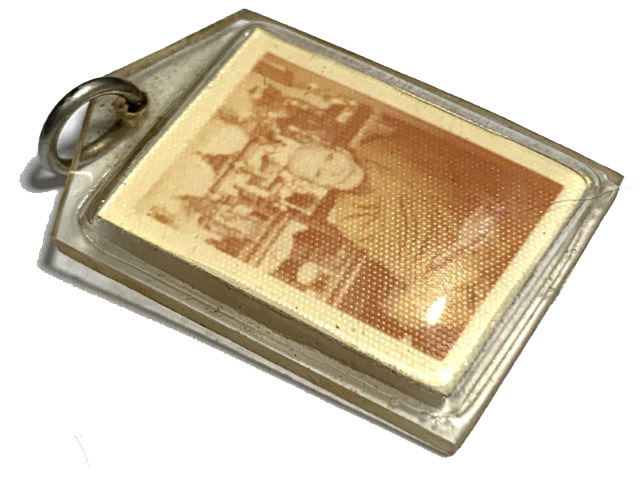 Luang Phu Gaew had received true insight into this higher truth, and the realisation of this truth, empowered him to turn the elements and their energies within material objects. This allowed him to empower amulets in a very special way, by casing the powerful quantum energies within their subatomic structure to vibrate and emanate powers which lie beyond the perception of normal humans. The features of his Miniature Pra Khun Phaen Jiw amulet can be seen to possess identical properties with the Pra Khun Phaen Pong Prai Kumarn Wat Laharn Rai of Luang Phu Tim's own official editions.

The Importance of LP Gaew's 2514 Edition, as evidence of the Early Era Khunphaen Prai Kumarn of Luang Phu Tim Issarigo 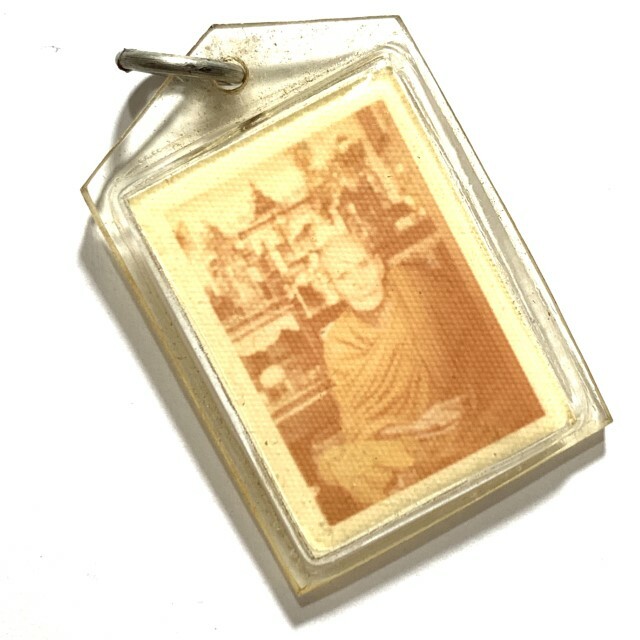 This of course more or less puts an end to the Bangkokian Monopolist Oldskooler Arguments that Luang Phu Tim only made Khun Phaen in 2517 BE one year before his passing, which would be ridiculous, after many decades as a monk and abbot of Wat Laharn Rai. The claim is of course impossible that a monk would only make them in his last year of life, and teach his apprentice to make them 3 years before his own edition! 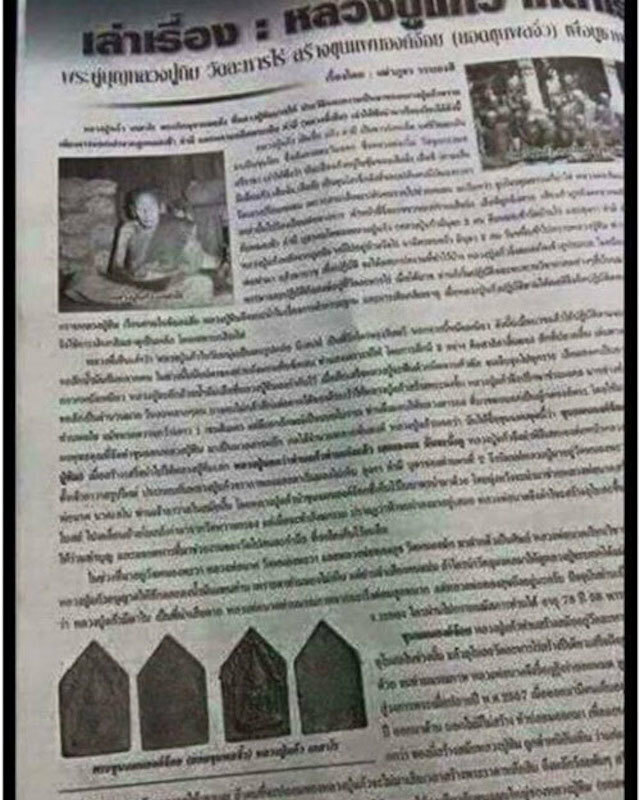 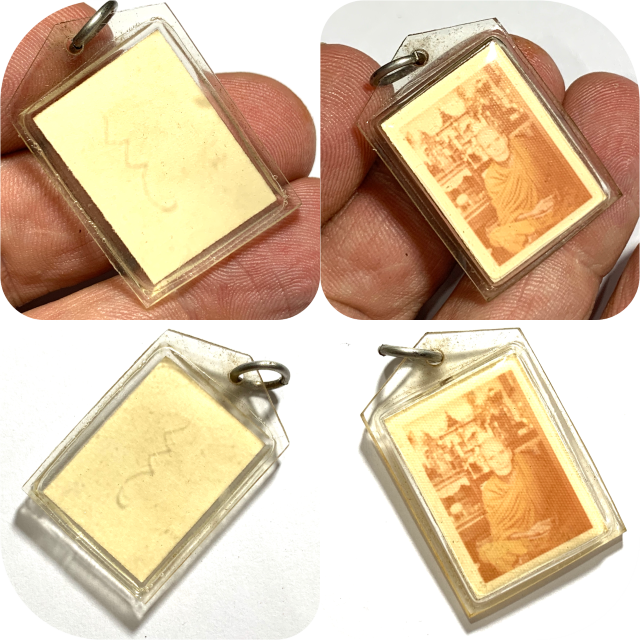