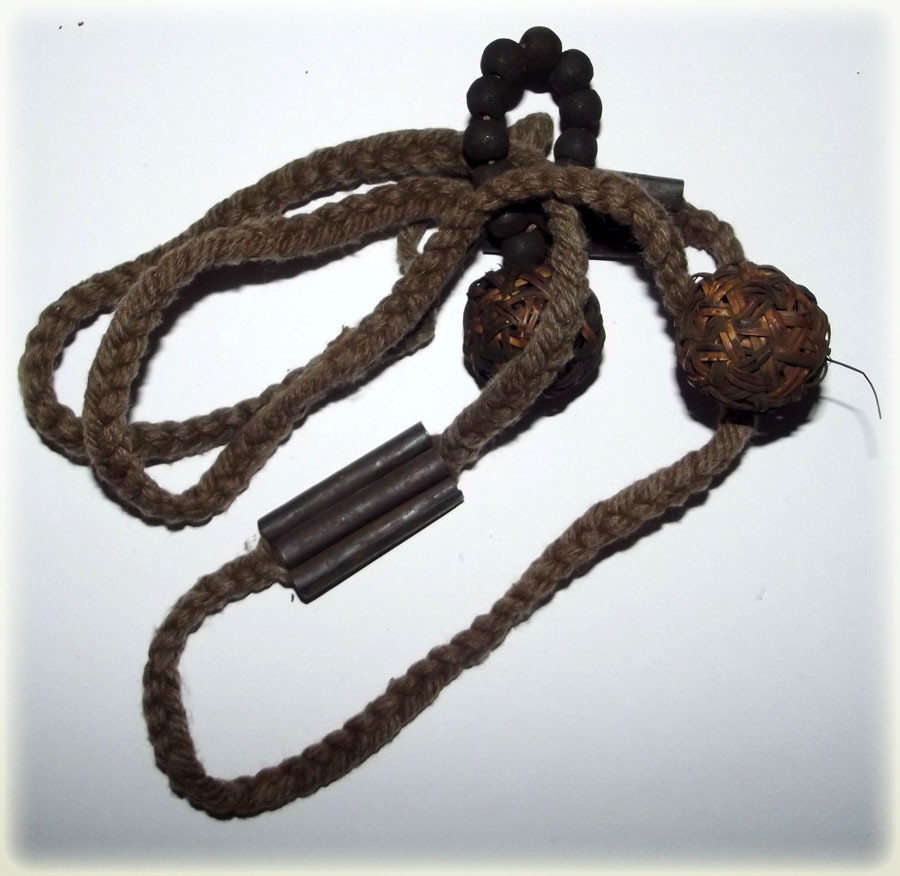 Takrut Yant Look Takror + Prakam Look Takror by Luang Por Sud (Wat Ka Long) - Takror Rattan Basket Yantra Magic - Takrut on belt with Look Takror, and a small Rosary with Look Takror. We do not wish to separate these ancient and rare items, for it has taken time and chance for them to both come together again, so should they stay, as one set. 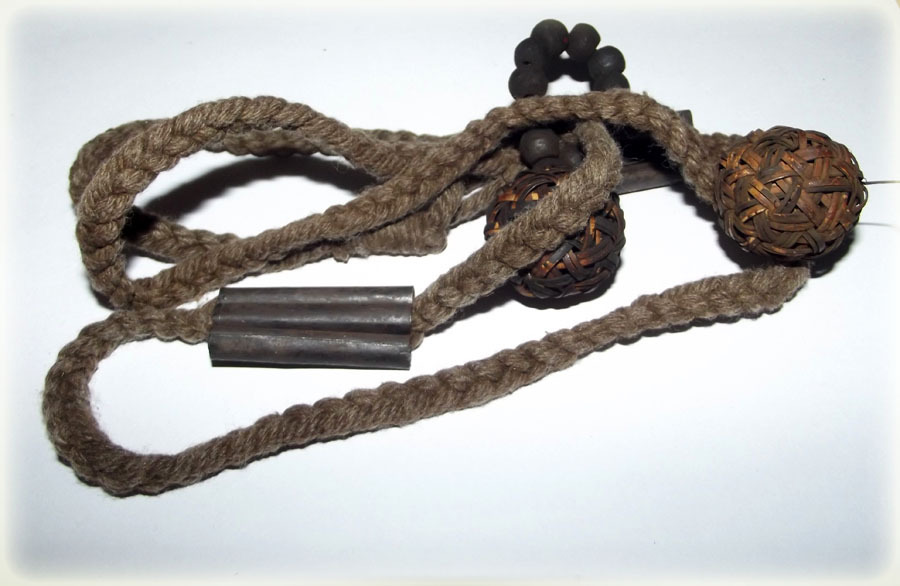 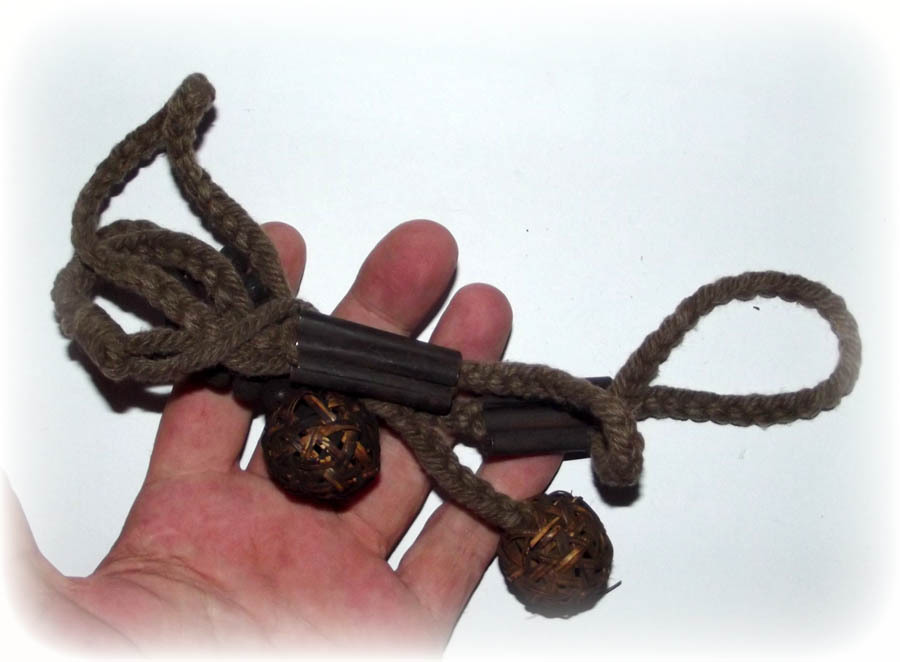 The Takrut is estimated to have been made at around 2490 BE. This Ancient Amulet, is said to have been the favor of the Great Highwaymen and Robbers, who used the Pha Yant and Look Hwaay Takror to Protect themselves. The Look Takror of Luang Por Sud is the subject of a Legendary story that is said to have helped a Thief Escape hundreds of Police, as he was surrounded, and slip through their hands with the power of the Magic Amulet assisting. 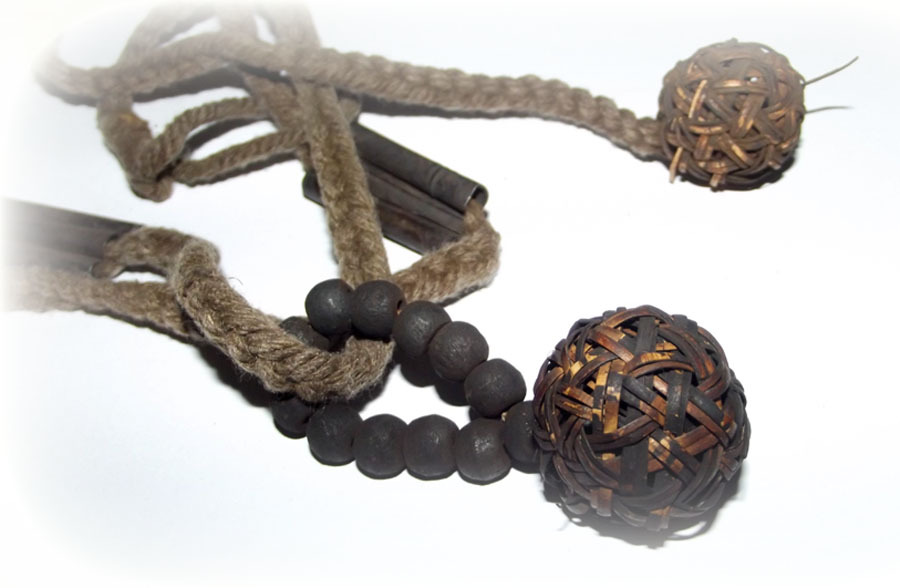 This is a very rare and Ancient Amulet for the collector of 'Thai Krueang Rang' (Buddhist, Occult, and Animist Charms), and is a matter of choice whether the owner wishes to preserve it in Museum Case or wear it for its Protective Powers. Please always Take Care with Authentic Sacred Ancient Amulets, and preserve their condition as best as possible, but also remember that amulets both Ancient and Modern, were designed and intended to be worn, more than they were intended to be kept in a Museum. This exhibit borders on being a Personal Museum Collection Piece to be worn perhaps in rare and fitting circumstances, otherwise to be placed on its own altar for worship, or in a showcase if you are a home museum showcase amulet collector.

Luang Por Sud was born in the year 2445 BE on the 7th of May. he ordained into the Sangha at the age of 16 as a Samanera Novice Monk. When he moved after becoming a fully fledged Bhikkhu to Samut Sakorn and stayed at Wat Ka Long, where he eventually became the Abbot through his long term diligence and meritorious acts. He became famous for his Wicha Yant Look Takror Whicker ball Yantra, which he had Mastered through the use of Khmer Sorcery methods. Luang Por Sud made many different kinds of amulets, but it is perhaps the Takrut, and hits Look Takror Wicha amulets (including the Pha Yant Takror) which are his most revered and famous for their Kong Grapan Chadtri and Klaew Klaad powers. Luang Por Sud became even more famous after his death in the year of his cremation in 2545 BE, when his body would not burn, and seemed impermeable to fire. So the temple committee was forced to give up trying to cremate him, and placed his remains in a glass coffin.