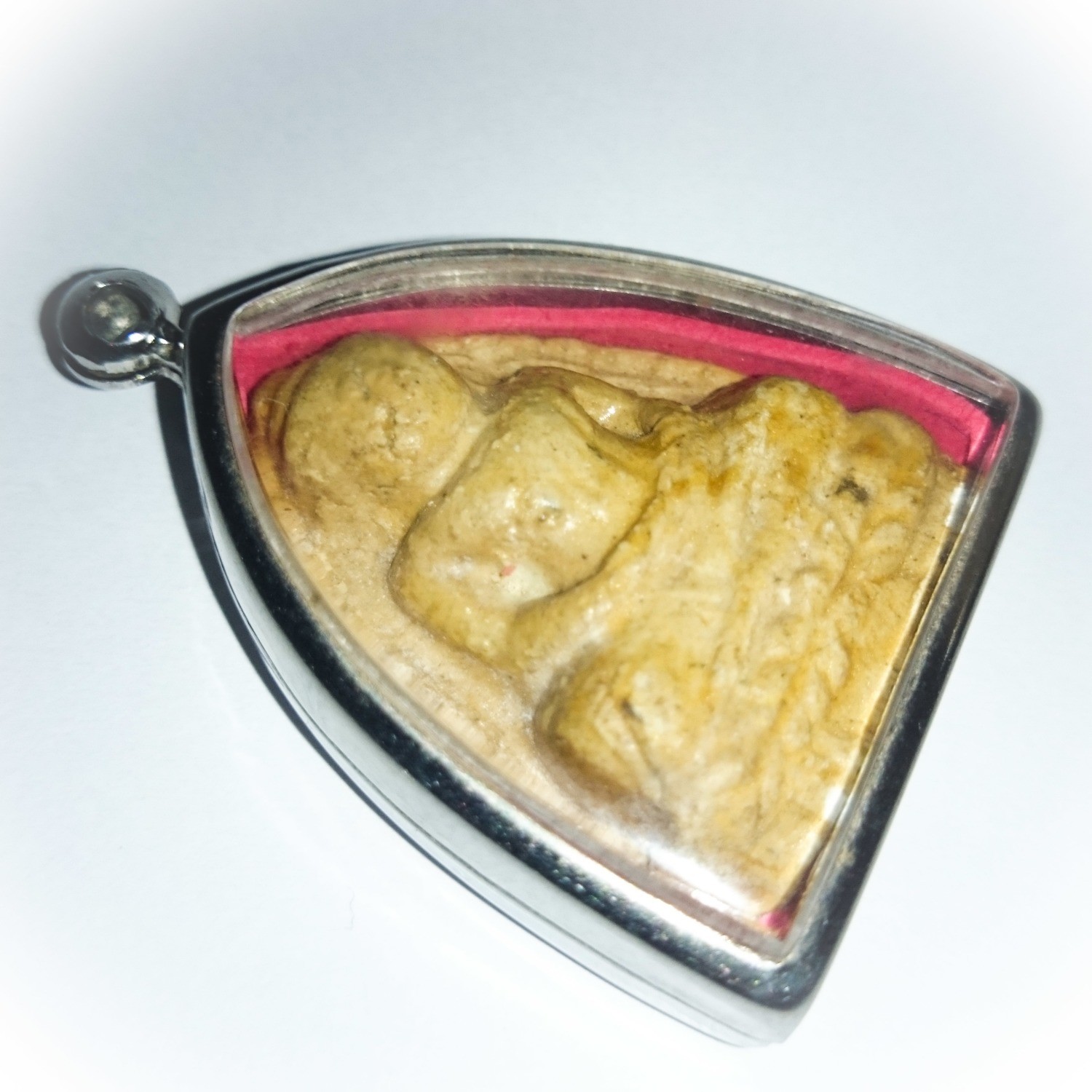 Pra Pim Luang Por Dto Hlang Yant Ha 2514 BE Luang Phu Tim - Blessed at Wat Pai Lom - This is a recognized official member of the 'Pra Chud Luang Phu Tim', made in 2513, and released at Wat Pai Lom 2514 BE) This amulet is classifiable as a 'Pra Anuraks' (Conservation Class Model Amulet) of the Dtamra Luang Phu Tim, of Wat Laharn Rai (Rayong).This classic competition class amulet is a well known category of competition entry, and a popular show-piece for serious collectors. 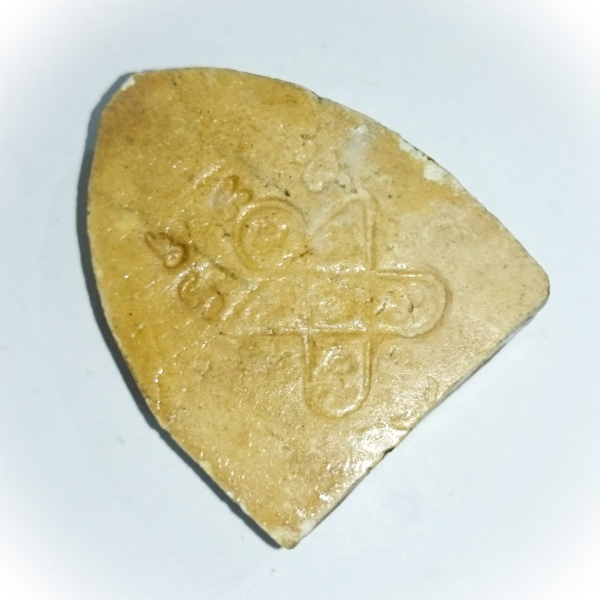 The event was performed with Luang Phu Tim presiding over the empowerment and Buddha Abhiseka ceremony. 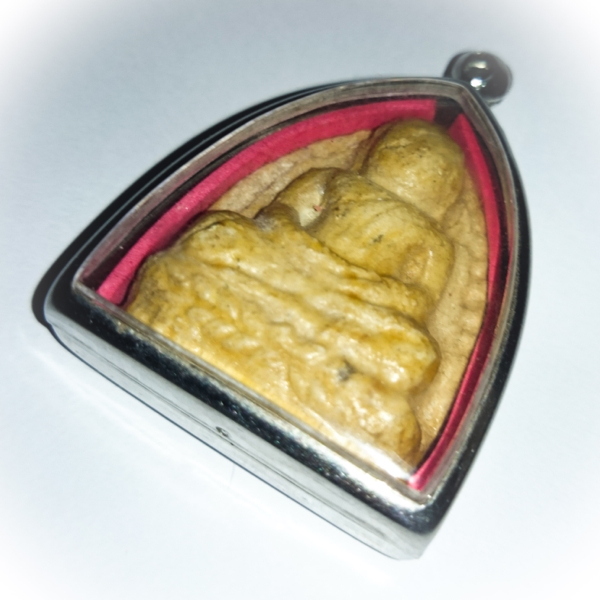 Containing his famous Muan Sarn Sacred Powders that are now legendary and priceless the world over. This particular exhibit has surprisingly never entered into competition, but is in our opinion worthy of a prizewinning status and would easily take the buiscuit in its category in any and all but the most high end competitions of world class category. It can stand its ground against many an amulet ten times the price, and would be proud to be worn by even the Multi Millionaire, simply because of its Class, Status and Revered Master Monk who made and blessed it. 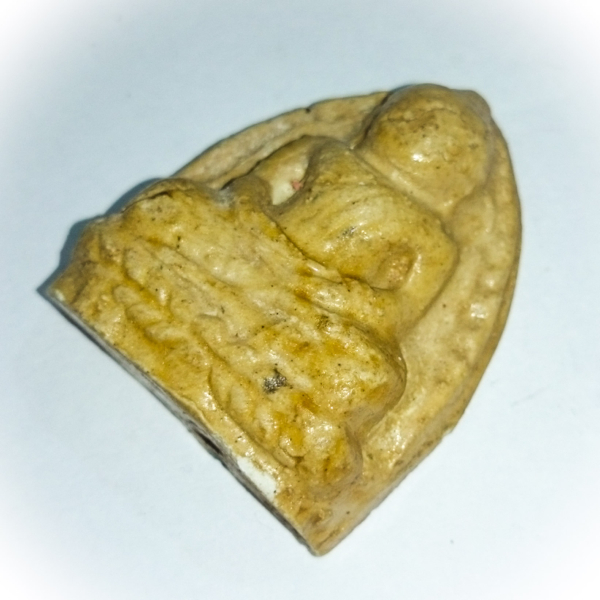 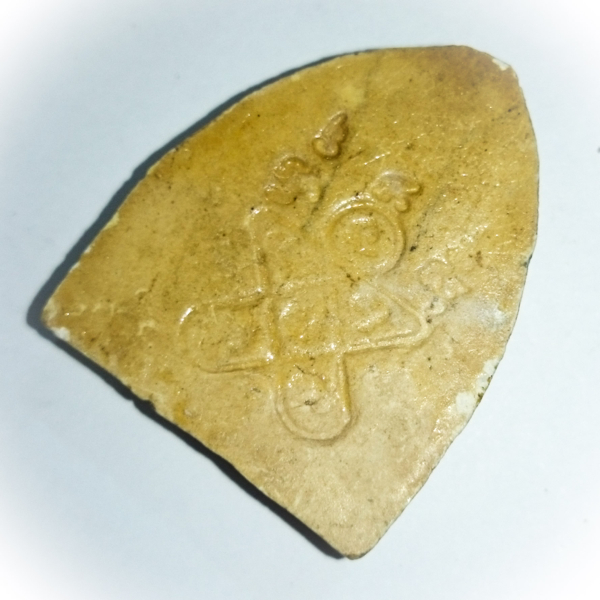 The rear face bears Luang Phu Tim's famous 'Yant Ha' sacred geometry design and magic spell, which is in the form of an 'Ongk Pra' Buddha Image, and invokes the powers of all five Dhyani Buddhas. 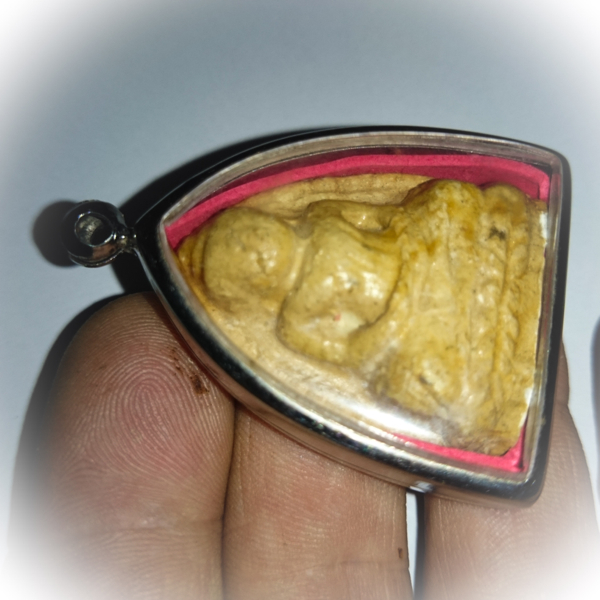 The amulet should be known to have a glaze coating of herbal sap-type resin, which is part of the knowledge needed for authentication. Some example will have reddish like stains, which results from some amulets having received a thicker coat of the herbal lacquer. 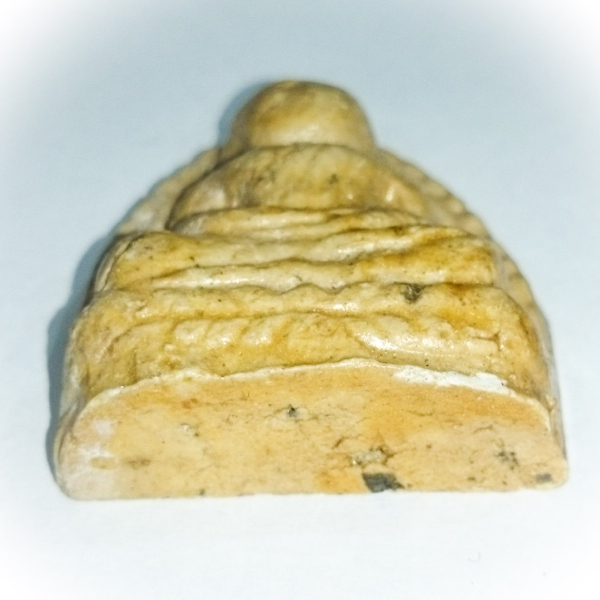 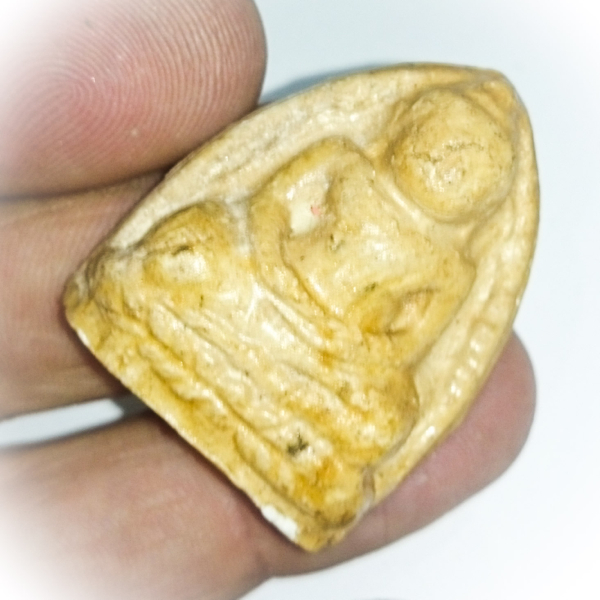 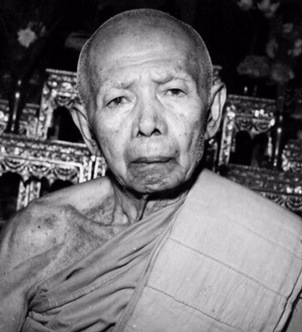 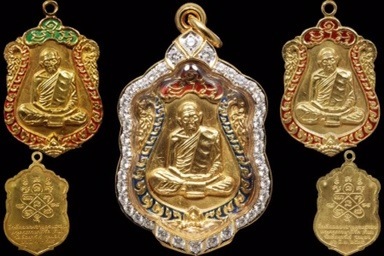 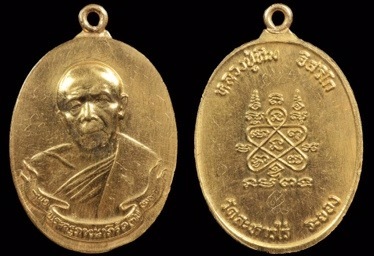 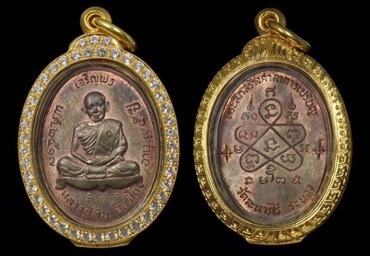 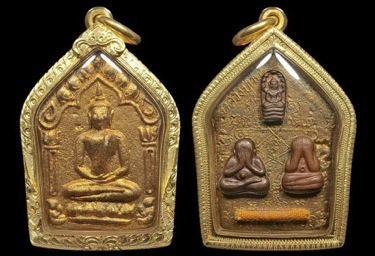 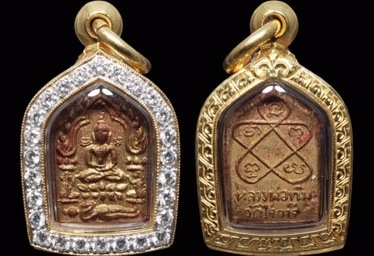 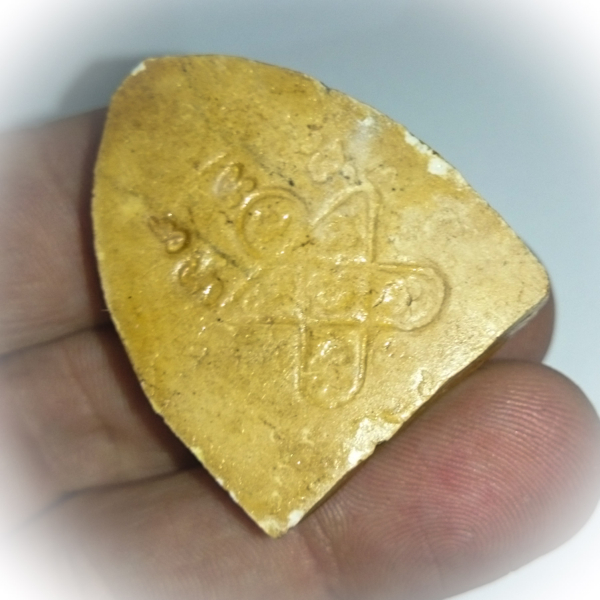 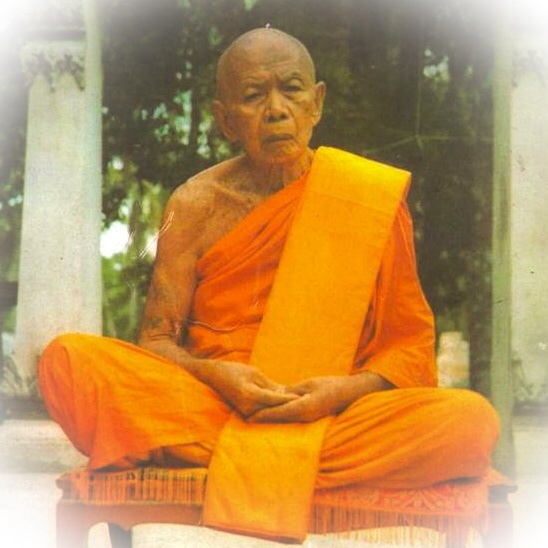