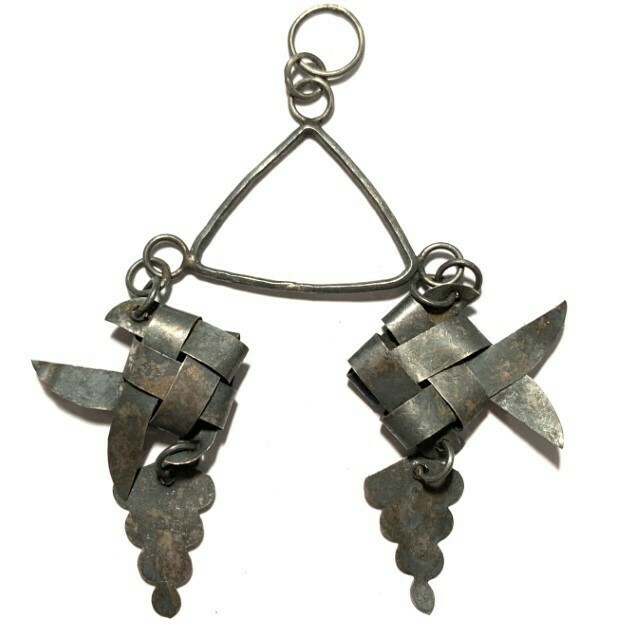 A first prize competition winner talismanic amulet, of extreme rarity, and a most pristinely kept Pla Tapian Koo solid silver origami Yantra spell woven in the form of two lucky Barbfish for Business Prosperity and Auspicious Blessings in the Household.

This exhibit won first prize with the Amulet Association of Siam Thailand Meeting in 2019. The Pla Tapian Koo one of the classic preferred amulets of the pantheon of Luang Phu Rian, Gaeji Ajarn Master Monk of Wat Bang Rahoeng, in Nontaburi. Pla Tapian are extremely recommendable for Merchants, Salespersons and Business Owners, for their ability to increase good commerce and attract customers. One can see Pla Tapian Tong-Ngern in shops and places of business, market stalls and floating markets all over Thailand, which is a popular Animist Charm that has been used for many Centuries if not thousands of years. 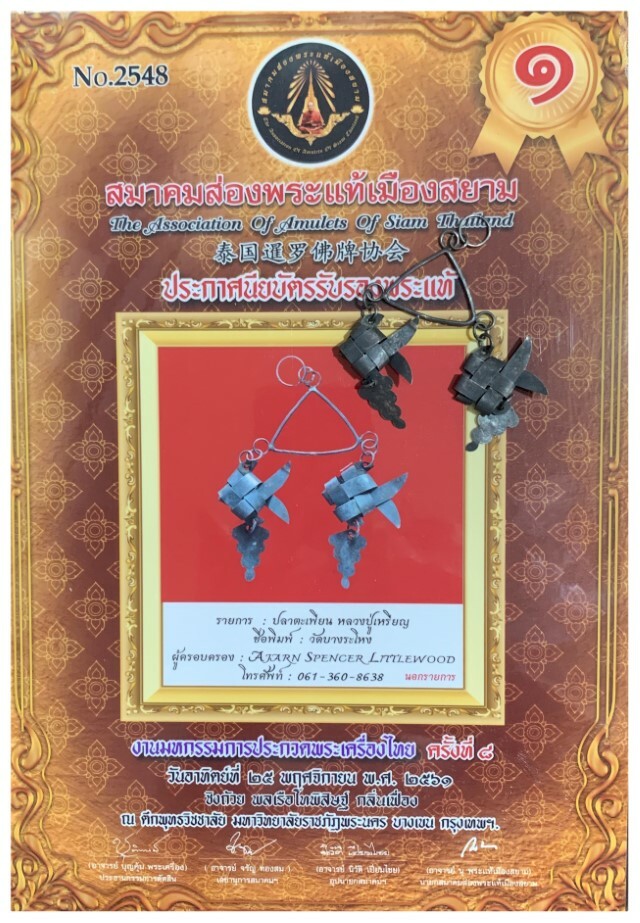 The Pla Tapian Koo of Luang Phu Rian is famed for its Maha Lap Lucky Fortunes, Kaa Khaay Magic for increased Business Sales and Maha Pokasap Power to accumulate treasured possessions. The Pla Tapian Koo of Luang Pu Rian is one of the eminent and world famous members of the Tamniab Pra Niyom of the Samakom Pra Krueang Thai, in the category of Krueang Rang Talismanic Charms, as well as in the Category of 'Pra Kanajarn Nontaburi' (Nontaburi Province) Guru Monk amulets. 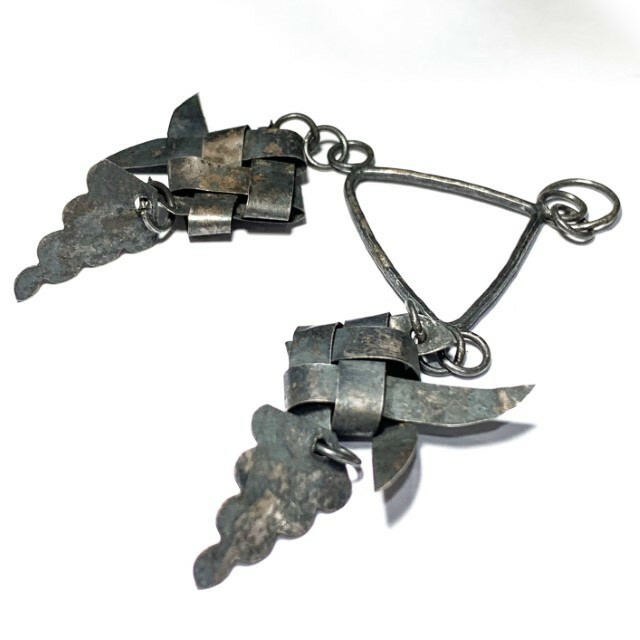 Free Shipping Per Registered Air Parcel Worldwide is Included. The Pla Tapian both have been attached to a triangular frame for hanging in the desired place. The Pla Tapian Koo spell is both Maha Lap Wealthy Fortunes Magic, Kaa Khaay for Good Business, and also Maha Sanaeh and Metta Mahaniyom Seductive Mercy Charm, which attracts customers and even the opposite sex. Prosperity and Fertility are hence both powerful forces within the Pla Tapian amulet. 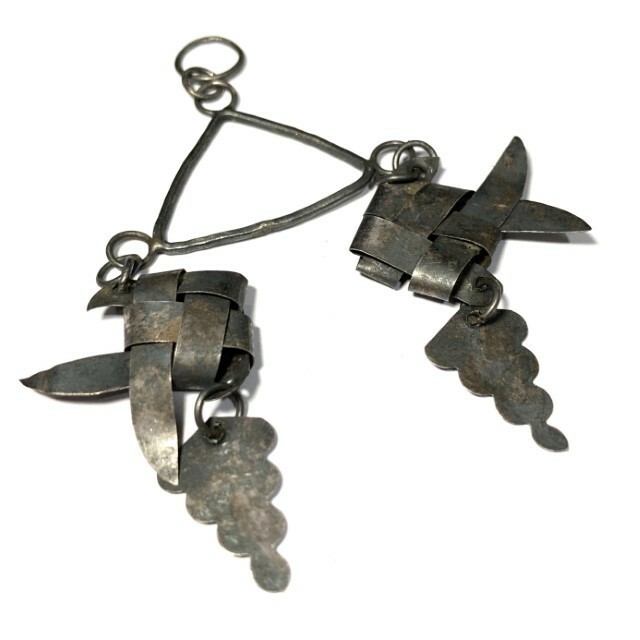 Luang Phu Rian was extremely famous for his Takrut, Bia Gae, and Pla Tapian Koo fish amulets, and his Monk Coins. He was especially favoured for his Pla Tapian lucky fish, which he would make in Origami style fashion from folded silver Yantra Foils. Luang phu Rian was also highly reputed for his Bailan parchment scroll spells, with protective powers. 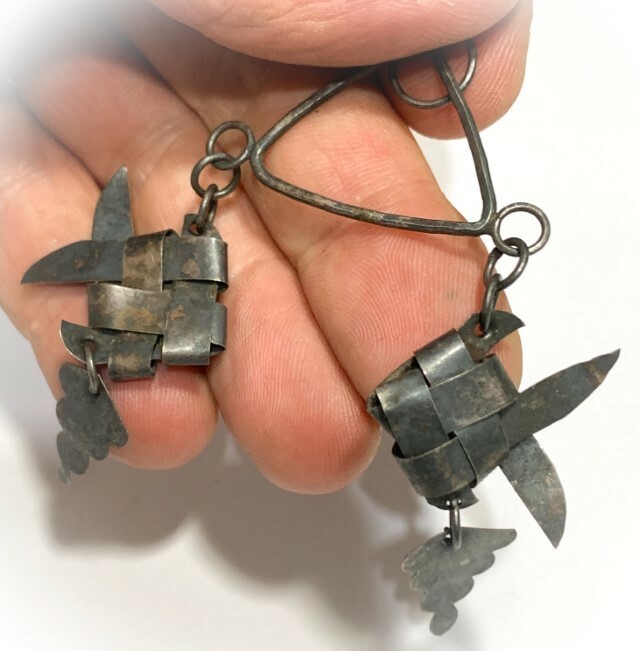 The Pla Tapian Koo, is along with the famous Takrut Bailan Pitsamorn, one of Luang Phu Rian's most popular amulets from his large repository of Wicha, and is a very rare artifact to encounter in the present day and age. Highly regarded for its powerful Mercy Charm and Power to Attract of Prosperity. The Pla Tapian amulets have also become famous over the decades for their ability to bring people out of poverty and lead them to success. Very popular with small traders, market salespersons and also with large business establishments. Thai-Chinese Folk are also very reverent of the Pla Tapian Koo silver-goldfish Animist charm. Use to hang or place in a frame or wear in your place of business and your pleasure haunts too, to attract customers, admirers, employers and helpfulness. 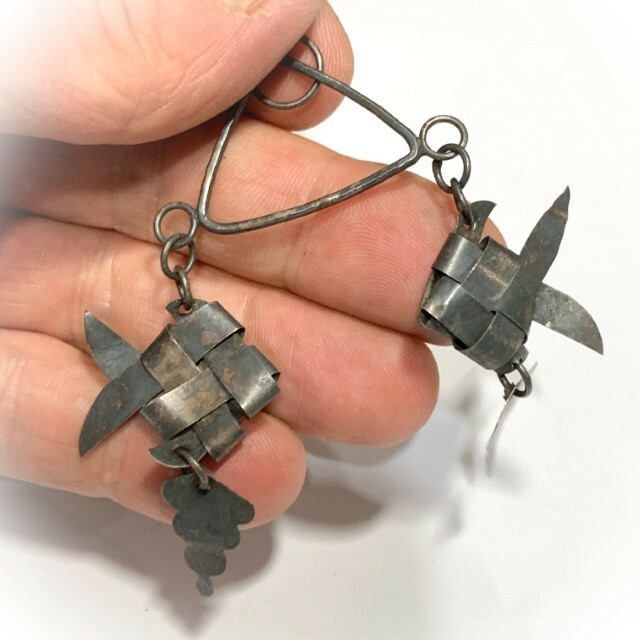 One can easily say that the Pla Tapian Animist Charm Yantra Foil spell of Luang Phu Rian, is an all time Classic Pra Niyom amulet of great fame and esteem, and an amulet that most fans of ancient amulets will have heard of more than once. It is not possible to spend years studying, loving and collecting amulets withough encountering mention opf Luang Phu Rian and his Takrut Pitsamorn. In short, an extremely well known amulet, that is very rare to find, but very much desired. 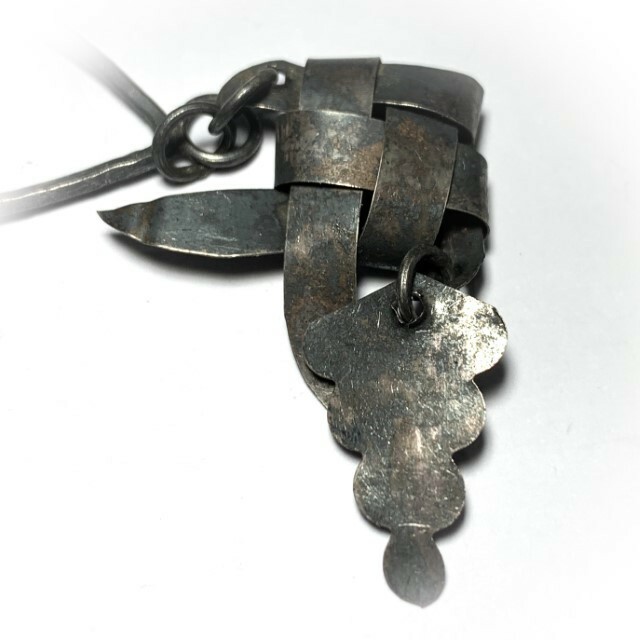 Pla Tapian is a Sacred Fish that appears in Vedic legends. Pla Tapian are seen as very lucky fish and are related to a story about the Sacred bird Nok Garawaek, in a story where the Ruesi in the Deva world sent a Garawaek bird to retrieve a magical tome from a Pla Tapian fish. Pla Tapian have been used as lucky charms since centuries, by both Thai and Chinese people. 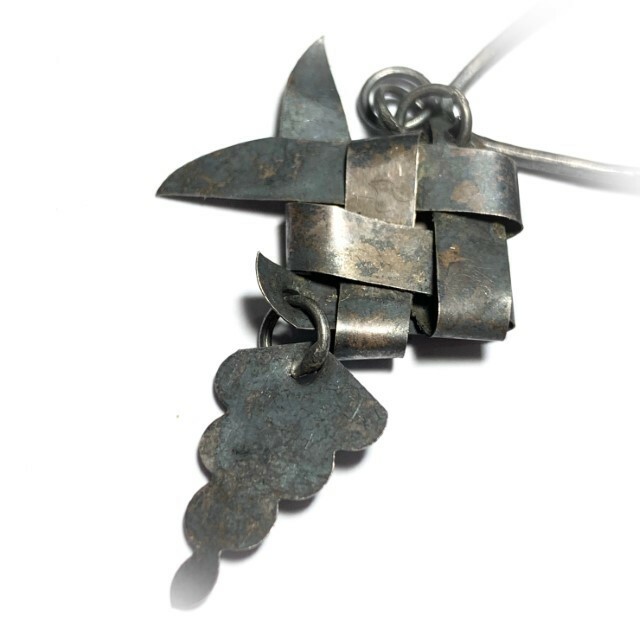 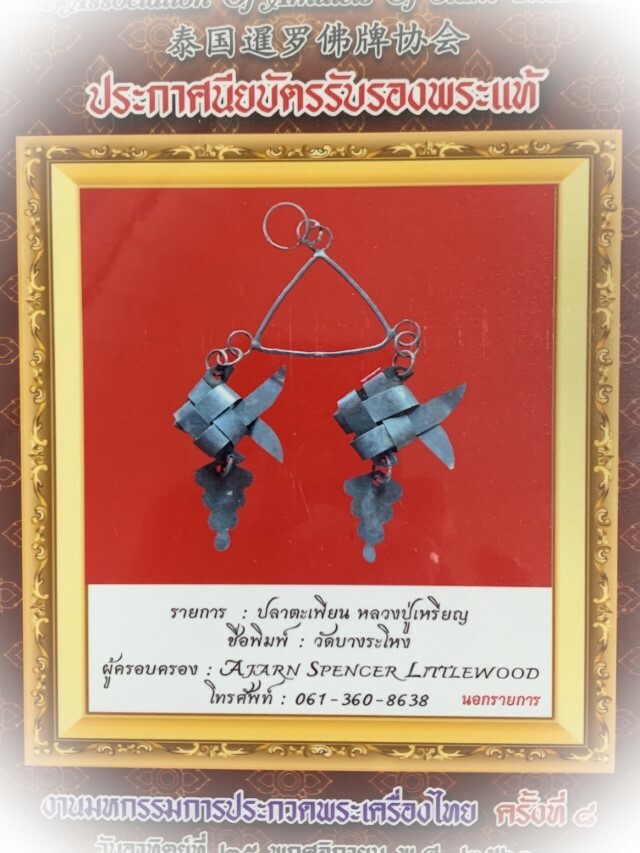 Kata for food offerings to the Pla Tapian;

Pra Kroo Nanta Samanawat (Luang Phu Rian Thawaro), was the abbot of Wat Bang Rahoeng, and the Arch Bishop of Bang Grang-Bang Rak Noi Municipality in Nontaburi. He was born in gthe year 2539 (Circa), in the town of Nakorn Rachasima (Korat) in the Municipality of Don Madtan. He was born under the name of 'Rian', which means 'coin'. His father's name was Mr. Daeng Sangkarat, and his mother's name was Mrs. Yu Sangkarat. During his youth he lived the normal life of a country town boy, and went through all the adventures and trials and troubled a normal child would go through. 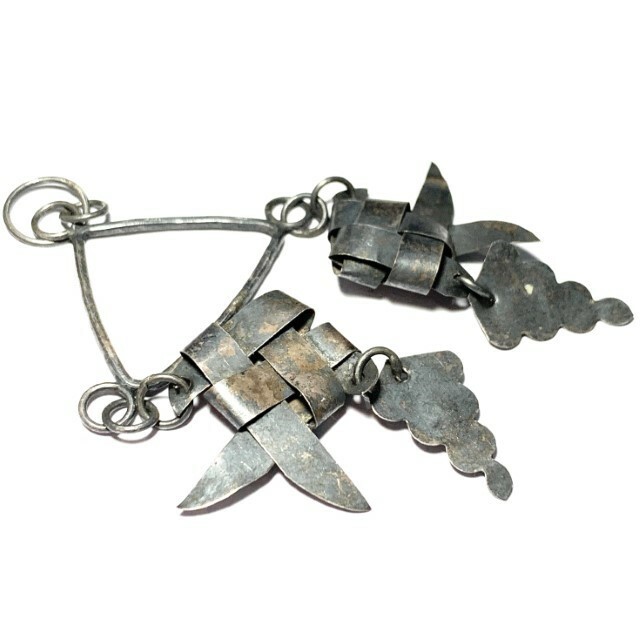 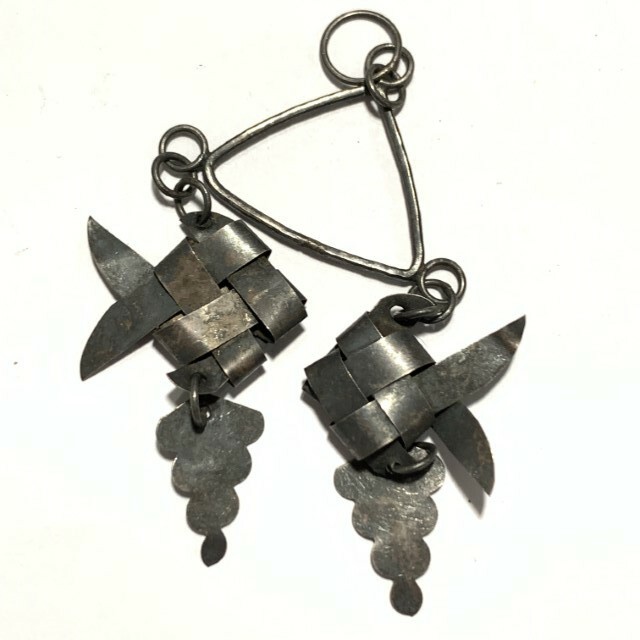 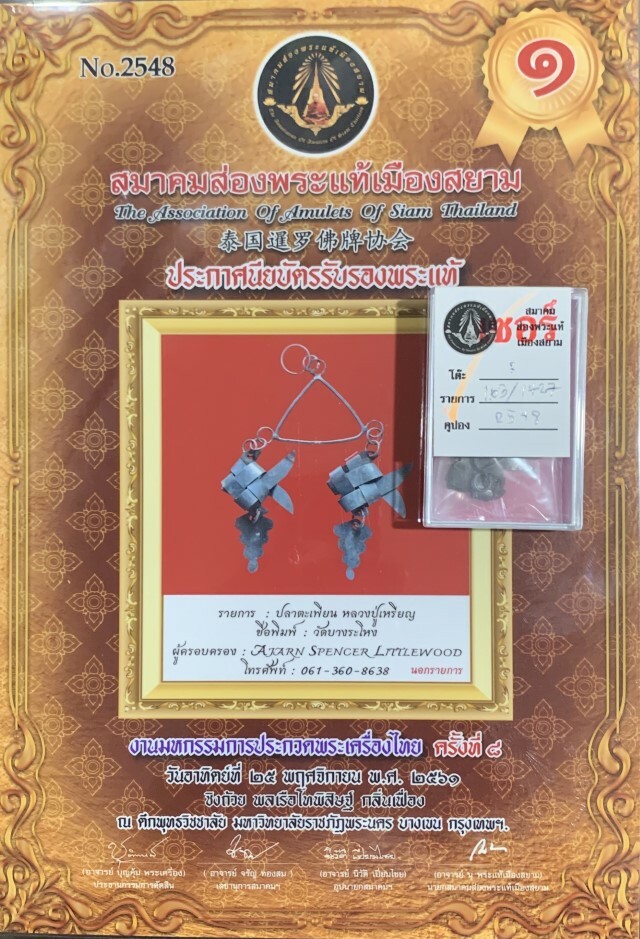 The most preferred and sought after amulets of Luang Phu Rian were his Takrut, especially his Takrut Pitsamorn, which became famous after he gave one to a young child to hand round his neck, and the child fell into the river which had a very strong current, but did not drown. His Takrut Tone are renowned for their Kong Grapan Chadtri power after a devotee was shot at point blank range repeatedly, and the devotee's skin was not pierced, but his shirt was full of bulletholes 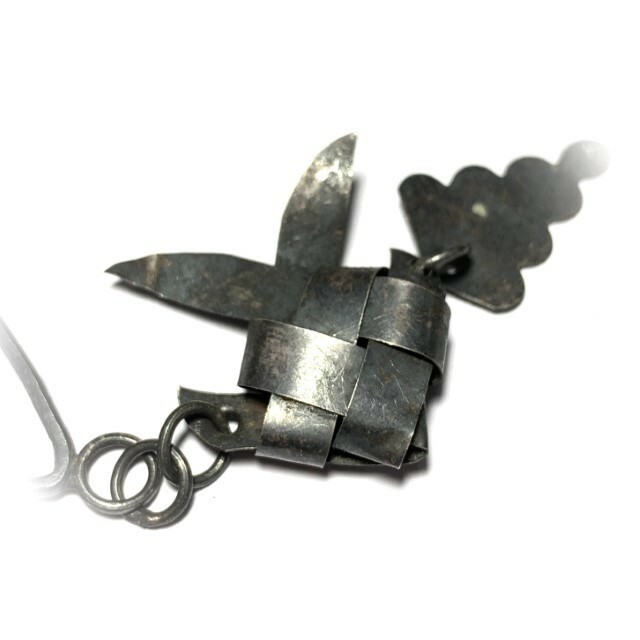 The Takrut Jakkapat of Luang Phu Rian became very famous after a Malaysian Devotee who wore one was attacked by somebody with a long sharp rubber tree cutting knife. The devotee's shirt was ripped to shreds from the blade, but his skin was completely unharmed. It was stories like these which caused Luang Phu Rians many forms of Takrut amulets to become talked about around Thailand and Southeast Asia. Amongst his most famous Wicha takrut are the following' Takrut Tone, 2. Takrut Pitsamorn Lek, 3. Takrut Pistamorn 19, 4. Takrut Klaew Klaad, 5. Takrut Sariga, 6. Takrut Jakkapat, 7. Takrut Sam Kasat, 8. Takrut Maha Ud, 9. Takrut Pokasap, 10. Takrut Hua Jai 108 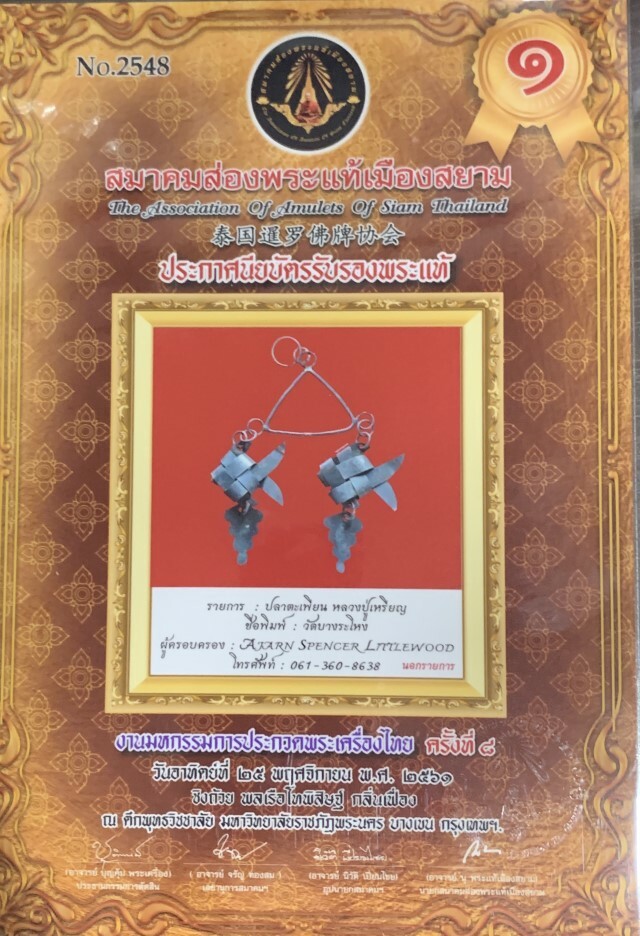 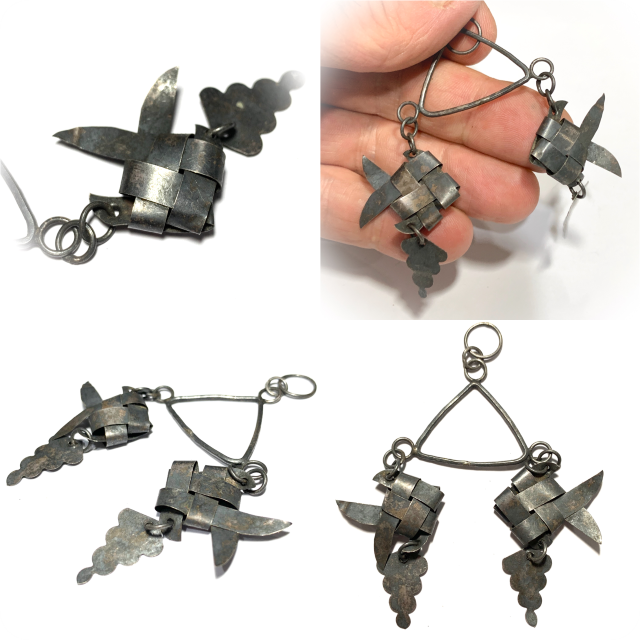